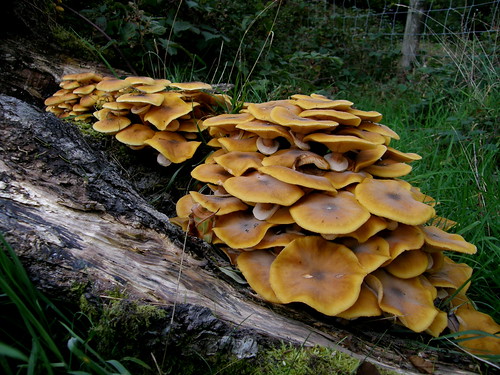 Little S, who isn’t that little anymore, but is probably always destined to be Little S in my mind even when he’s towering over me, has often been the family’s reluctant walker. Pleasing to report then, that last autumn he began to suggest, even to demand, that we take him out on walks.

These photos are from one of several local walks we did together, this one will stick in my mind because it was just the two of us, with the rest of the family being busy elsewhere. 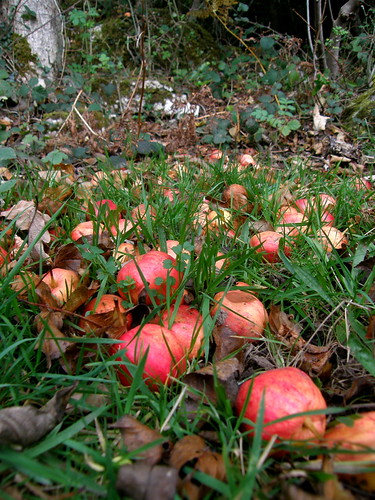 We discovered a superabundance of fungi and ferns, and in one spot a woodland windfall of surprisingly sweet and tasty apples (these were decidedly not crab-apples). I’ve made a mental note of the place for future reference. 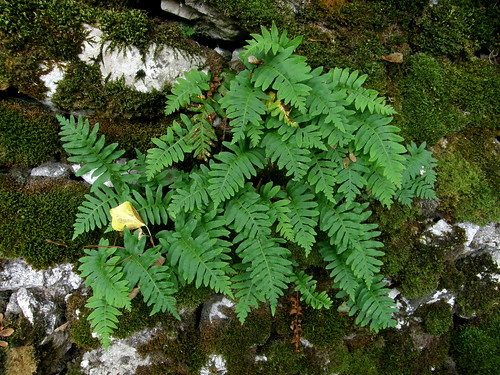 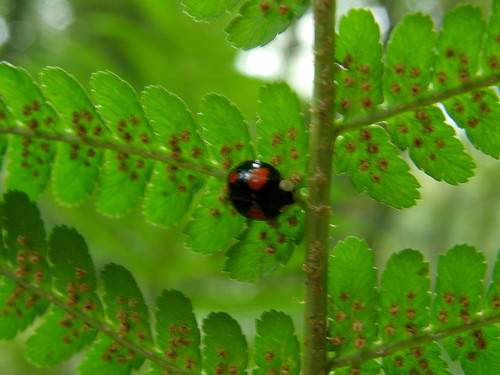 …is a Harlequin ladybird. It’s not native to the UK, but was introduced in 2004, is extremely invasive and represents a threat to our indigenous species.

We’d walked through Pointer Wood and Clark’s Lot, through Fleagarth Wood, past the old chimney to Jenny Brown’s Point (near where, S insisted I take this picture)…. 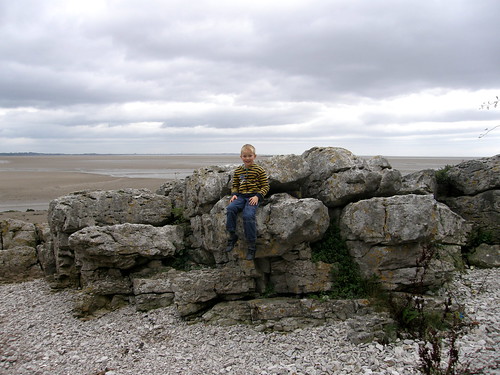 At Jack Scout we stopped to do a spot of birding, having, for once, remembered to bring some binoculars along for that purpose. Memorably, we watched a black-backed gull catch a crab – we could clearly see the crab frantically wriggling its legs whilst pinned in the gull’s beak. A pair of crows then harried the much larger gull, with, I think, some partial success – I’m fairly certain that they gained possession of part of the crab.

Later the same day, we all had a wander down to Leighton Moss. From Lillian’s Hide, we spent quite some time watching a pair of snipe in the reeds at the near edge of the mere. They were incredibly difficult to spy, their camouflage is so effective. This photo was taken at maximum zoom and has then been heavily cropped: 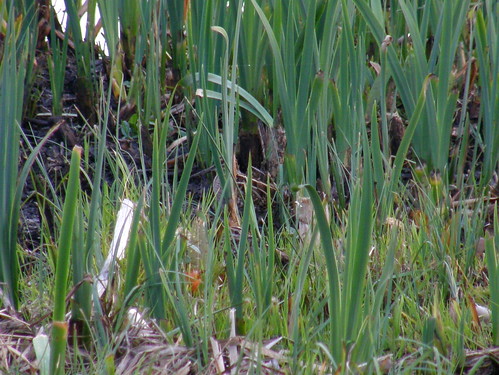 It was only today, six months later, that I realised that both of the birds are in this shot. Can you pick them both out?

They were pointed out to us by some Proper Birders, who very kindly let us view the snipe through their powerful monocular. They thought, or perhaps hoped, that these might be the more uncommon jack snipe, but I think that they were wrong – some of the many photos I took show the yellow crown stripe which identify them as plain old snipe.

10 thoughts on “An Autumn Ramble”