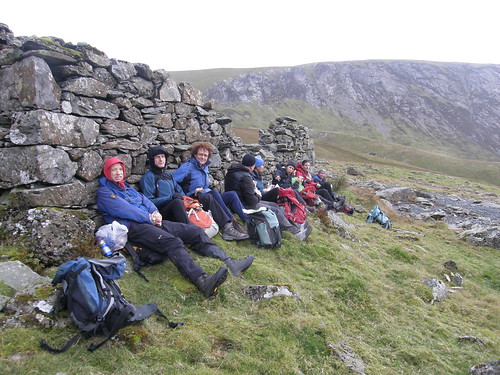 Racing through time to last November then, we reach the annual ‘adult escape’, when we farm our kids out to grandparents, gullible friends or boarding kennels, wherever will take them essentially, and head up to the Lakes for some much needed R’n’R. This year we stayed at the Littletown Farm Guest House, which was superb – highly recommended.

All the usual things happened – catching-up with each others growing list of infirmities, drinking one too many beers (which these days is two), playing anecdote bingo, breakfasting lavishly and languidly and consequently finishing our walks in the dark. 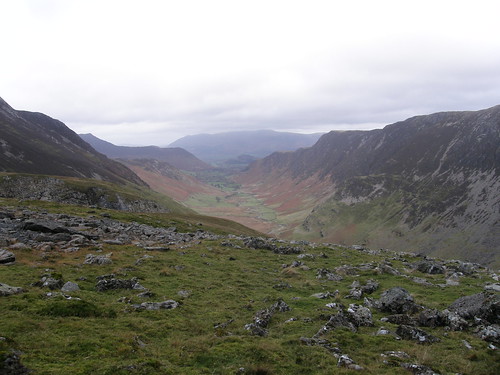 Oh – we did manage to squeeze in a couple of walks, despite the rather grey and damp weather. On the Saturday, we climbed Dale Head by a path which climbs to some old mine-workings. The top photo shows the assembled masses sitting by a ruined building. I can’t remember what was mined there, but I found some pieces of ore on an old spoil-heap….. 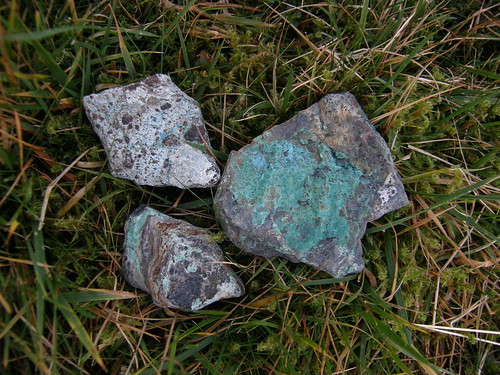 …and I think it’s safe to assume that copper was involved somehow. 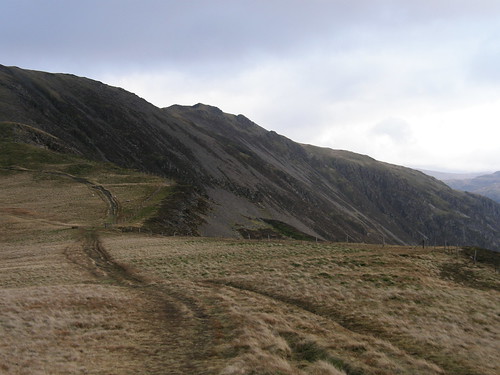 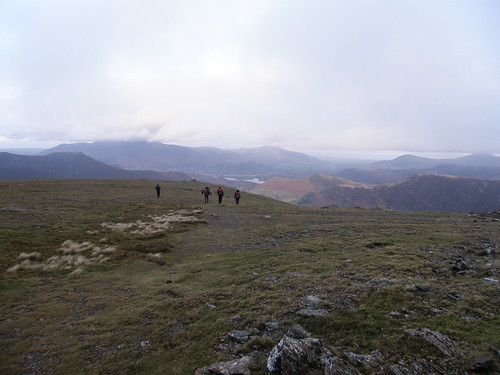 We descended via Robinson. As you can see I was dawdling behind the group. Most unusual! My excuse is that I was taking photos of interesting boulders…. 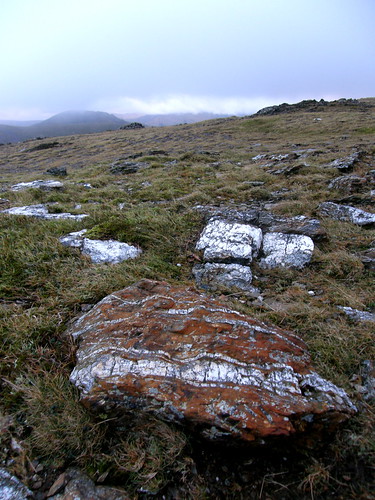 Dropping steeply towards High Snab Bank, it’s well worth sticking right to the western edge of the ridge. It’s vertiginous and gives great views across Robinson Crags to Newlands Hause.

On the Sunday we climbed Rowling End, Causey Pike and Scar Crags, a repeat of a route we did on the equivalent weekend a few years back, except, to ring the changes, we descended to the South to the hause between Sail and Ard Crags before following Rigg Beck back into the valley. 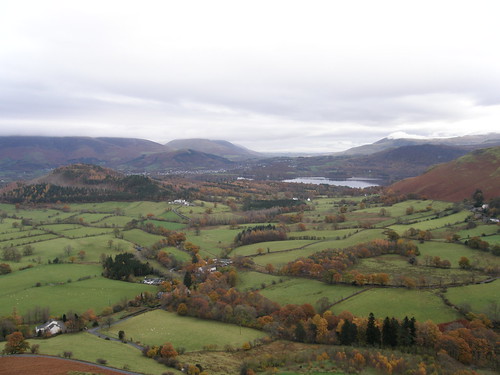 After a bright start it turned into a very grey day and I don’t seem to have taken many photos at all. Fortunately there are many from 2009, when the weather also deteriorated, but on that occasion much later in the day. (That post here).

A more lucid and complete account of the weekend, with more, and better, photos, plus maps, can be found on my friend Andy’s blog here.