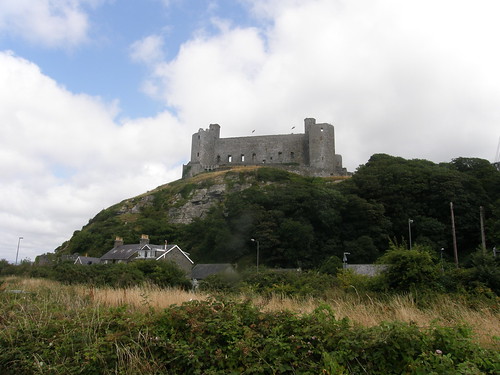 The size of our party fell from sixteen to three; from four families to just part of ours. The boys had very firm theories about what we should do with our days. We went to the circus in Pwllheli (they twisted my arm). And we must do a castle, they said. I’m was much happier with that idea. We’ve done both Beaumaris and Criccieth on recent visits, and Caernafon several times in the past. Andy suggested Harlech for a change of scene – which was a great idea.

This must be my third visit, I think. In my teens I had a holiday in Harlech, coincidentally just with my dad and my brother. I don’t remember coming to the castle, but we were camped on the links between the town and the huge sand dunes, right beneath the imposing castle, so surely we must have done? I’ve certainly been here with Andy, long before we had any kids and when there was no real excuse for us to charge around the battlements pretending to be knights. But we did exactly that.

The castle sits on a large dome of rock in a really commanding position. It’s another of Edward I Welsh fortifications. 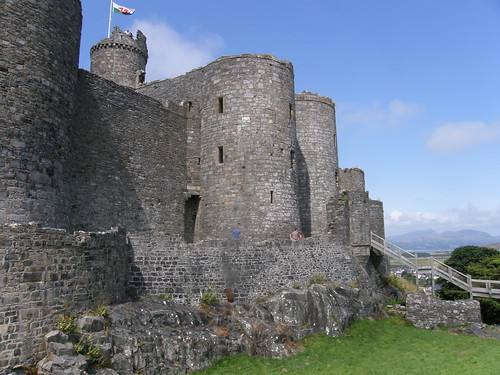 The views from the top, of the coast and the mountains of Snowdonia, are magnificent. 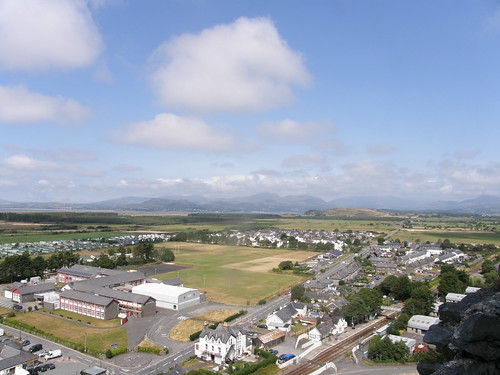 The castle was taken by Owain Glyndwr during his war with the English, and was his residence and headquarters for a few years. His second Welsh parliament was held here apparently. 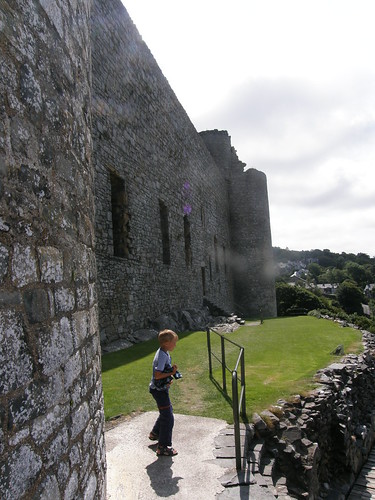 The song ‘Men of Harlech’ was apparently inspired by a lengthy siege during the Wars of the Roses, when Lancastrian forces held on much longer here than they did elsewhere. 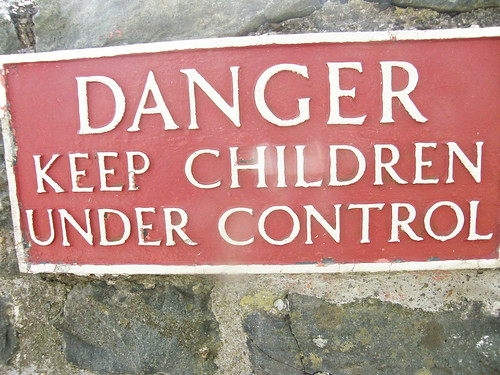 Touring castles with the boys is great fun; their enthusiasm for exploring every nook and cranny is infectious. 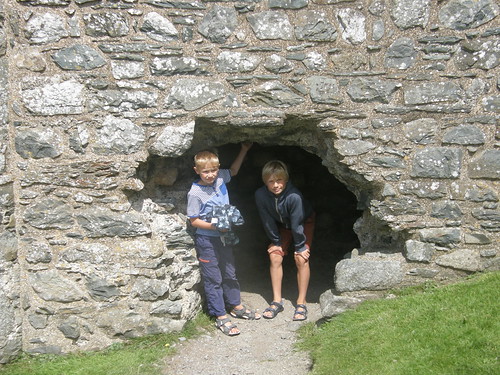 Although I sometimes worry that they’ve overstepped the bounds of what is acceptable visitor behaviour, when they start crawling around in some dusty hole. 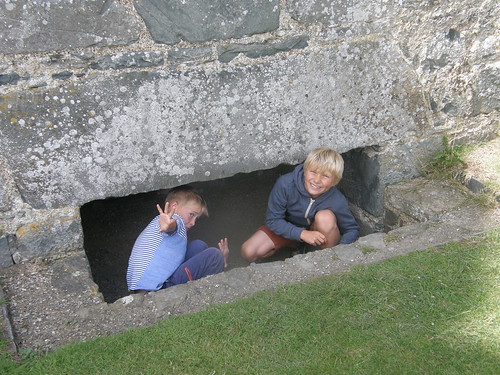 We wandered around both the inner and outer wards at ground level. 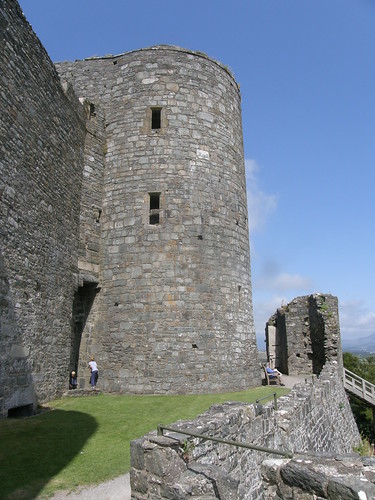 Climbed the only tower still open to visitors, which has an awful lot of steps! 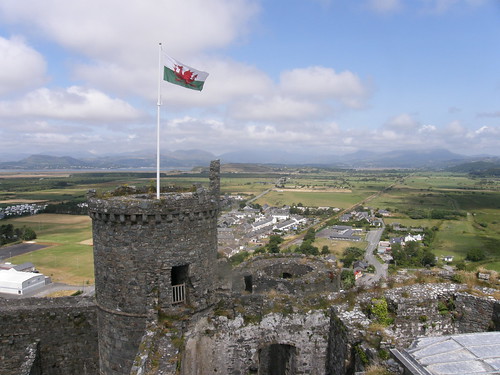 And also toured the battlements, where the relatively low wall made me feel slightly nervous. 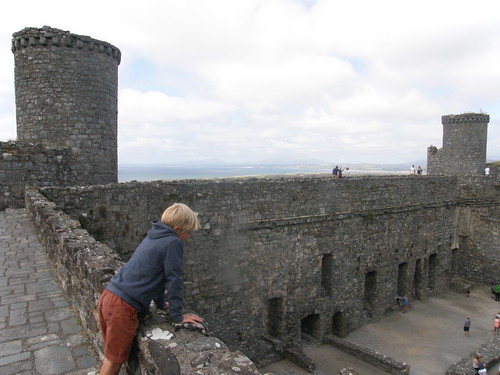 In common with just about every castle we’ve visited, Harlech was slighted after holding out against the Parliamentarians during the Civil War. Fortunately the ordered destruction wasn’t very thoroughly carried out and although materials were later taken from the castle to provide stone for buildings in the town, there’s still plenty here to see and enjoy. 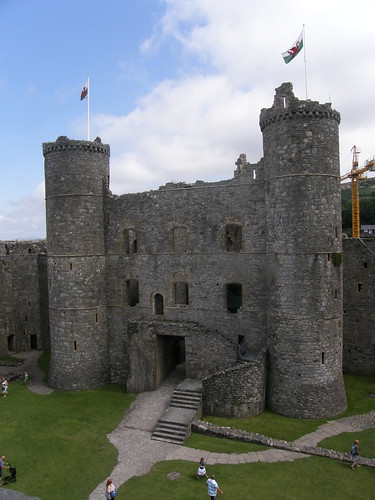 After the castle, we picnicked on a nearby sports field and then walked down towards the sea. We never really made it to the beach, because the boys… 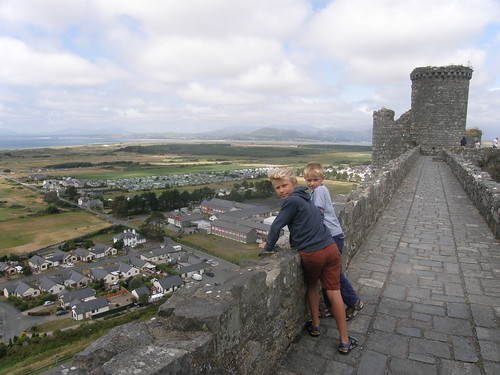 …were captivated by the dunes of Morfa Harlech and ran around exploring those, whilst I ‘looked after our stuff’ and settled down out of the wind to do some serious reading. 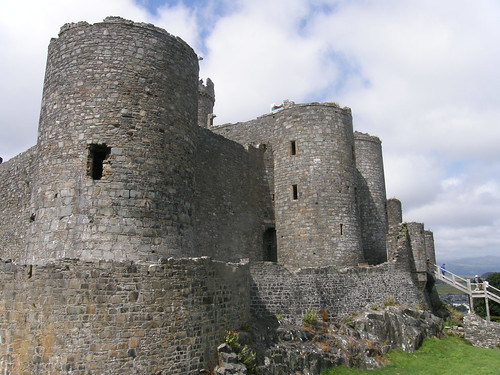 They claim that I dozed off, but I maintain that I was just resting my eyes.