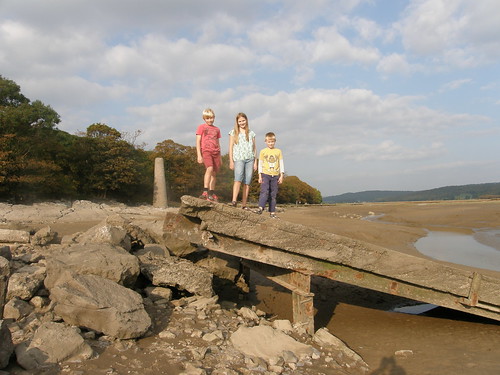 A Sunday stroll. One of our favourite routes: down through Fleagarth wood to the salt marsh, round to Jenny Brown’s, Jack Scout and home again via Woodwell.

The kids are posing here on the remnants of the bridge which, when I first moved to the area, used to cross Quicksand Pool, but which was laid low by the moving channels hereabouts. 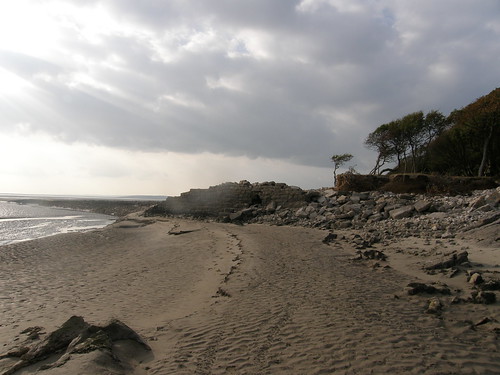 The channels are continuing to shift, and the old wharf is now under threat of being undermined. 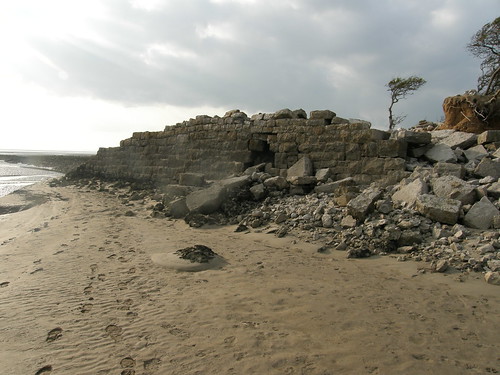 It may not last much longer. Soon afterwards we heard that moves are afoot, sponsored by local charity Morecambe Bay Partnership, to get an archaeological survey organised, involving local people. I put my name down as a volunteer, but couldn’t think in what capacity I might be qualified to assist, apart from perhaps as a hod-carrier, or chief cook and bottle washer. 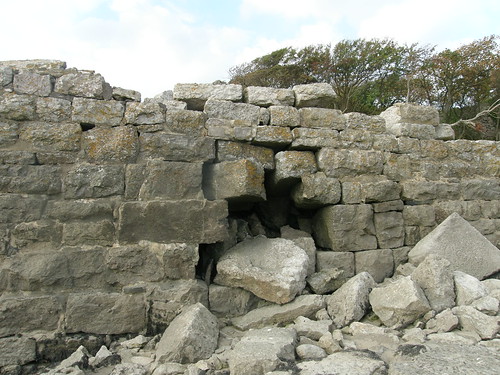 The wharf is already damaged. 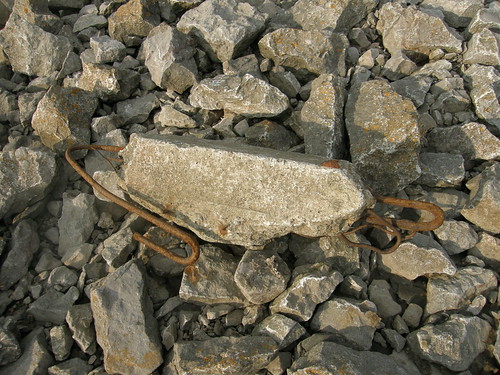 I wonder what will be turned up, and whether a bit of sleuthing will reveal the purpose of these mysterious odds and ends. 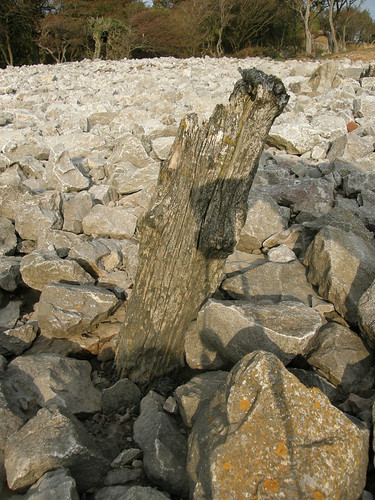 Close by, to the north, low tide shows the remains of a long stone embankment stretching a mile into the sea, the remains of a controversial land reclamation scheme. An Act of Parliament (1874) permitted the Warton Land Company to enclose an area stretching from Jenny Brown’s Point to Hest Bank. Work began in 1875, building the embankment from limestone extracted from the quarry at Jenny Brown’s Point, but proved much more difficult than had been expected by the surveyors and engineers. In 1885 the company was declared bankrupt.

from the website of the Mourholme Local History Society 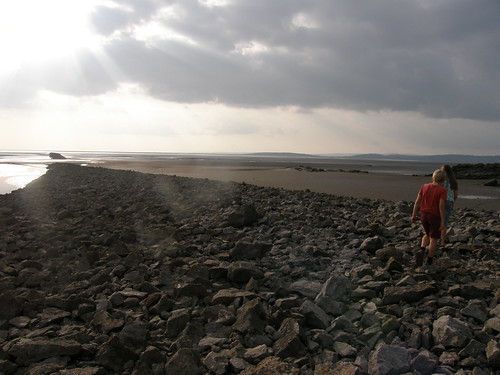 Just a couple of weeks later there was a local history weekend in the village (of which more anon). I attended a talk about the Matchless disaster, subject of a new book. 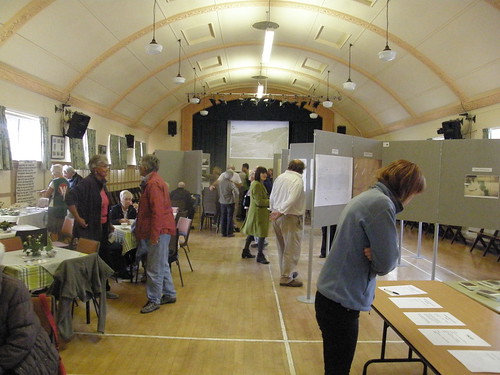 Here we are in the Gaskell Hall, just after the talk. It was absolutely fascinating, setting the accident in context. I have to confess, I hadn’t previously heard of the ill-fated Matchless.

Just beyond the remains of the embankment is the site of a boating disaster – the sinking of the Matchless in 1894. A pleasure boat sailed from Morecambe with 33 passengers, taking the much-travelled route to Grange, and carrying a cargo of millworkers holidaying in Morecambe. A sudden squall caught the boat broadside, rolled the boat over, and resulted in 25 passengers drowning. 8 others, together with the boat’s skipper, were saved by other pleasure boats. The inquest that followed was brief and hurried, and seemed to be something of a whitewash.

from the website of the Mourholme Local History Society

Many of the victims were from Burnley. I think I shall always think of this tragedy when I visit Jenny Brown’s from now on. And also of the image of Barnum and Bailey’s circus crossing the sands with elephants amongst their company, which was another story we heard that weekend. What a sight that must have been!

We searched for, and found, fossils in the cliffs below Jack Scout. 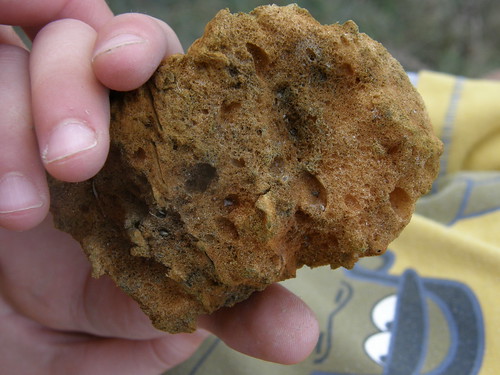 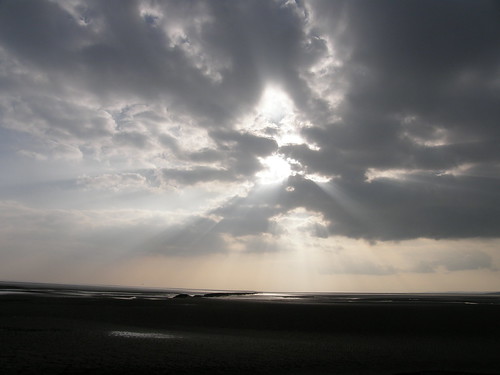 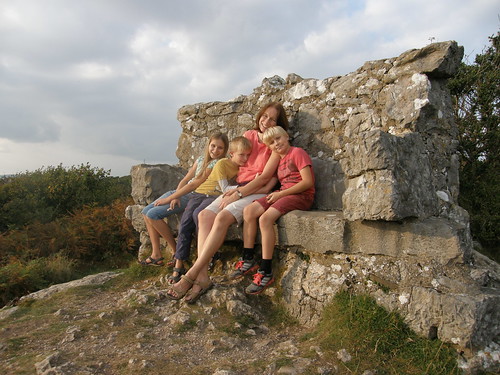 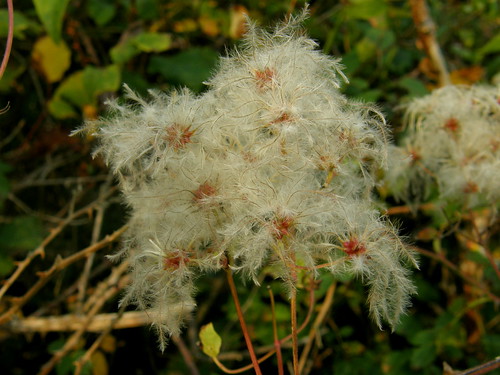 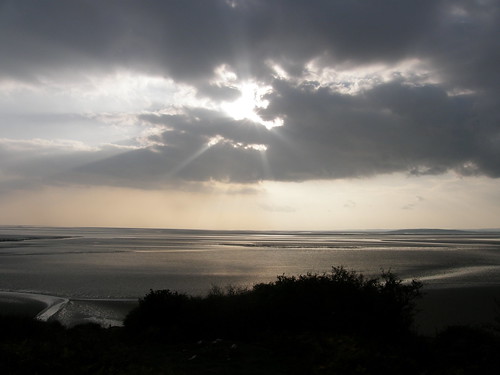 The Bay from Jack Scout. 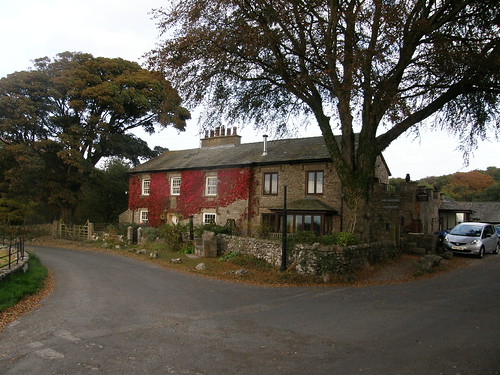 This is the Wolfhouse, named for this crest and its motto: Homo homini lupus. 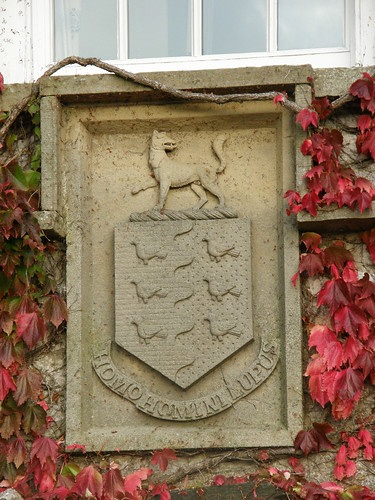 A bit of lazy internet research reveals that this is (or maybe) a quote from the comic play Asinaria by Titus Maccius Plautus from 194BC. It’s more normally quoted as ‘Homo homini lupus est’ – Man is a wolf to man. Not the cheeriest thought, but in light of the total disregard for safety which led to the loss of life in the Matchless disaster, or in Morecambe Bay’s other great tragedy 110 years later, when the cockle-pickers were drowned, perhaps depressingly accurate at least some of the time.

That’s a very sombre note on which to end an account of what had been a most enjoyable saunter!

Back To Jenny Brown’s

4 thoughts on “Back To Jenny Brown’s”