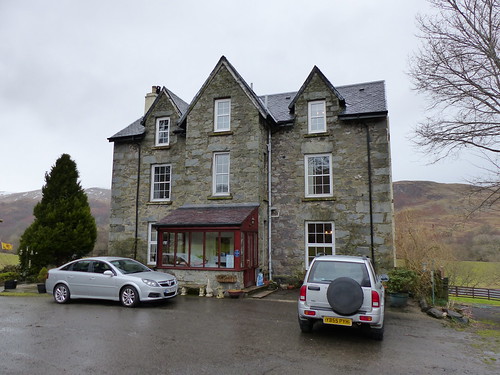 An annual get-together of old friends, a winter weekend in the Highlands, once again at the inestimable Suie Lodge Hotel in Glen Dochart, between Crianlarich and Killin.

There were fifteen of us this year. On the Saturday morning the party divided into walkers and skiers, plodders and sliders, with the latter heading off to accompany the Madman in his bid to add Meall Ghaordaidh to his Munro tally (a report will soon appear – ‘soon’ may need flexible interpretation – over on Andy’s blog). 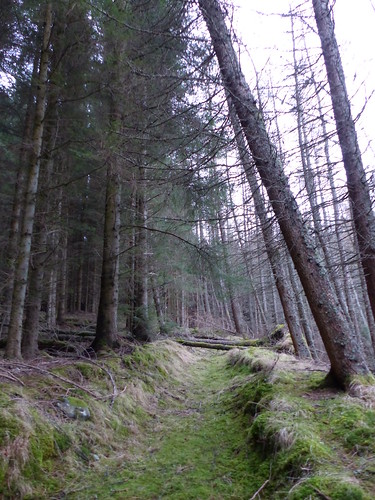 Now, I’ve enjoyed a fair bit of sliding in years gone by, even last year in fact, but lacking the necessary polished planks of wood I joined the pedestrians. More in hope than expectation if I’m honest: I was concerned about the lingering effects of the chewy cough which has been plaguing me, after my shambling, slope-averse performances over half-term. I’d already planned an alternative for my day which involved wandering around the forestry plantations not too far above the valley. But to my considerable surprise, as we began our long, steady ascent, I didn’t seem to be any less fit, or drag behind any more than is usually the case.

So when we crossed the abandoned railway line…. 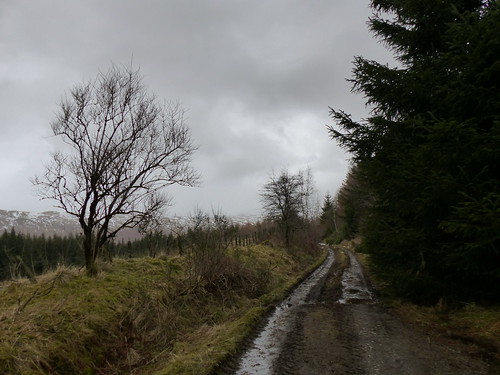 …I decided I would continue onward, at least for a while. 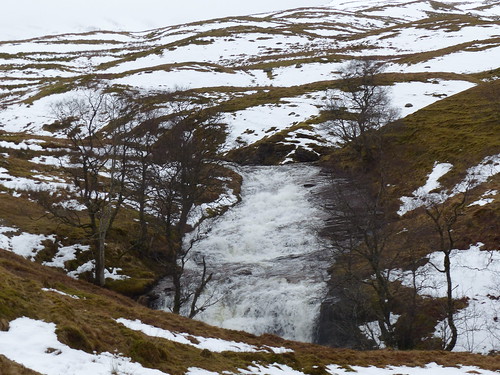 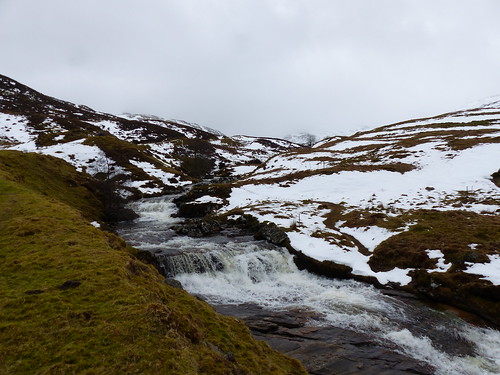 As is the norm on these occasions, the group gradually scattered out along the trail before me, pulling ahead at varying rates and then occasionally coming together to patiently wait. At one such coming together, I informed everyone else that they may as well push on, since, given the dreadful forecast, I had no intention of climbing any hills and would see them later in the comfort of the Suie Lodge lounge. Grandfather Sheffield immediately declared that he had come to the same conclusion, so we joined forces. 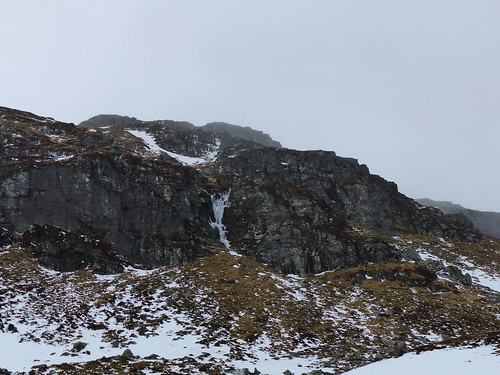 Actually, I don’t think that we were all that far behind the others when we eventually arrived at the pass between Creag Mac Ranaich, sporting a stylish ice-fall and Meall an t-Seallaidh with its head lost in the cloud… 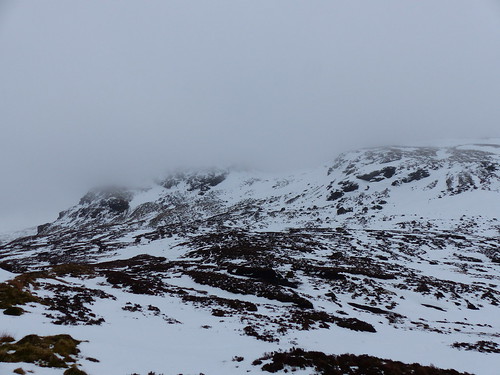 Creag Mac Ranaich was really the obvious one to head for with deteriorating weather forecast: slightly lower, less distance involved a more obvious return route to the valley, but having failed to reach the summit of Meall an t-Seallaidh on two previous occasions the remainder of the party were firmly set on that as their objective.

Meanwhile, we settled down, in the artic-wind, to make a brew. 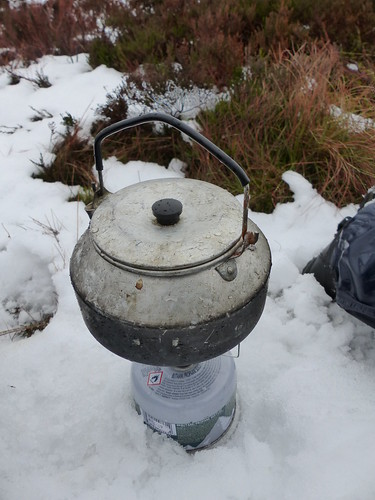 I’ve bought a new stove – an MSR Pocket Rocket. This first attempt to use it wasn’t highly successful. I’m not sure whether it was the gusting wind, the freezing temperatures, the virtually empty gas canister, or more than likely, a combination of all three which conspired to leave me with a lukewarm mug of tea.

Once we were both thoroughly chilled to the bone, we set-off back down to the valley for a long walk along the old railway line to the hotel in increasingly spiteful rain. 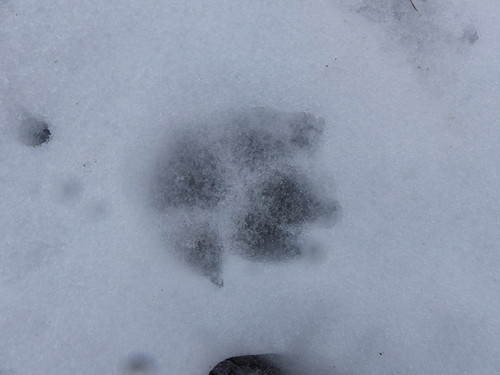 We did managed to get quite excited about a line of paw prints which had appeared along the track since we ascended it. I have a Field Guide to animal tracks and signs. It has a page on which you can compare the prints of wolverine and bears and such like. This print, it transpires, is a bit like a fox paw, but even more like that of a dog. Ho-hum.

We made it back to the hotel in time to catch Italy’s winning penalty try against Scotland and then to watch Wales grind out a result against France.

Later, after tea (a lovely venison casserole in my case) and over a few convivial scoops, as well as the usual anecdote bingo, the planning of future get-togethers and pointless conversations about A roads, Service Stations and football etc somebody raised the question of just how many times have we met for this weekend do?

The back of beermats were called into service…

It seems that the answer is 10 years (there must have been another beermat). Now we rarely, if ever, walk as a single group, so this is just one person’s memories of the weekends (The Tower Captain’s I think, though he has now been rebranded The Faffmeister).

Looking back over the weekends: in 2010 I did climb Meall nan Tarmachan, but didn’t make the top of Croaky Old Drain; in 2011 I had a bumper year and summited on both days; in 2012 a dodgy ankle confined me to valley walks; in 2013 I was on the Stob, which we climbed when we decided that the wind precluded an attempt on Meall an t-Seallaidh, but like most, turned back on Beinn an Lochain because of steep snow and ice; last year’s Saturday was another aborted attempt on Meall an t-Seallaidh but I did climb Ben Venue (in pouring rain).

I’m inclined to think of myself as A Hill-Walker, but as often as not, on these trips at least, I don’t get to the top of the hills. And the odd thing is, when I think about it, that I have very fond memories of the two walks I did in 2012, even though at the time I was extremely frustrated by the injury and it’s apparent unwillingness to heal quickly.

Maybe there’s a moral in that somewhere……

Gleann Dubh: On Not Climbing Hills

9 thoughts on “Gleann Dubh: On Not Climbing Hills”