Spring is here, and with it a flurry of local walks, followed by (hopefully) a flurry of posts about those local walks containing, it being spring, a smattering of quoted poetry, and lots of photos of birds and flowers and such like. 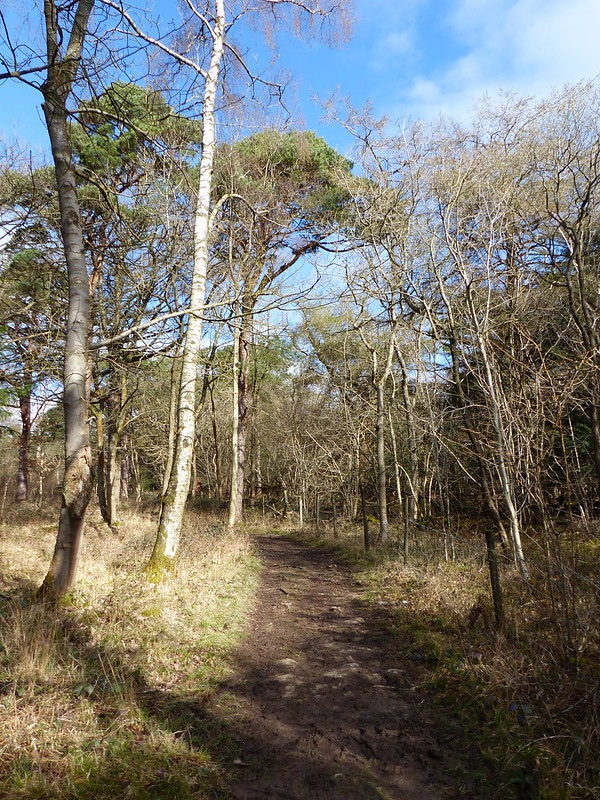 In the immediate aftermath of our walk, A and I both wallowed in a couple of lazy days to recuperate. The day before I took these photos was my Birthday. The weather was pretty dire but we did get out. Well, TBH and I did: a very heavy downpour just before we set off put a dampener on A’s enthusiasm and she stayed at home. TBH and I walked around Hawes Water. We were lucky and didn’t get caught in another shower, although it stayed drab and damp and I didn’t take any photos. It was well worth getting out though – there were quite a number of swallows feeding over the lake, my first of the year. I often see my first swallow on my birthday, although I suspect that has at least as much to do with my insistence on going out for a walk on my birthday as it does with the date of the arrival of swallows. Usually I’ll see the odd one or two, but this time there was at least a gulp and possibly enough for a flight (the collective nouns for swallows). 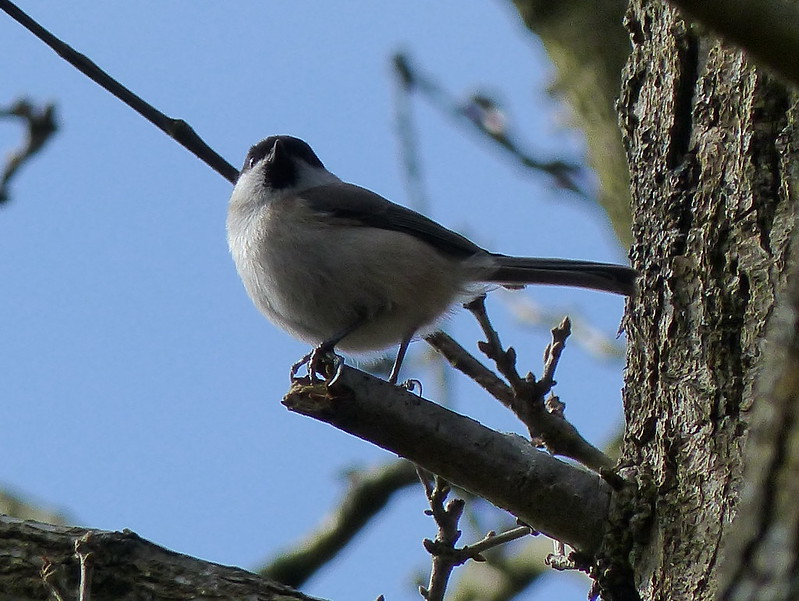 This is my favourite time of year for bird-watching. To be in the woods is to be surrounded by a cacophony of songs and calls, the thrum and whirr of wings and the drumming of woodpeckers. And with no leaves on the trees, it’s the best chance to see the small, common birds of woods and gardens. 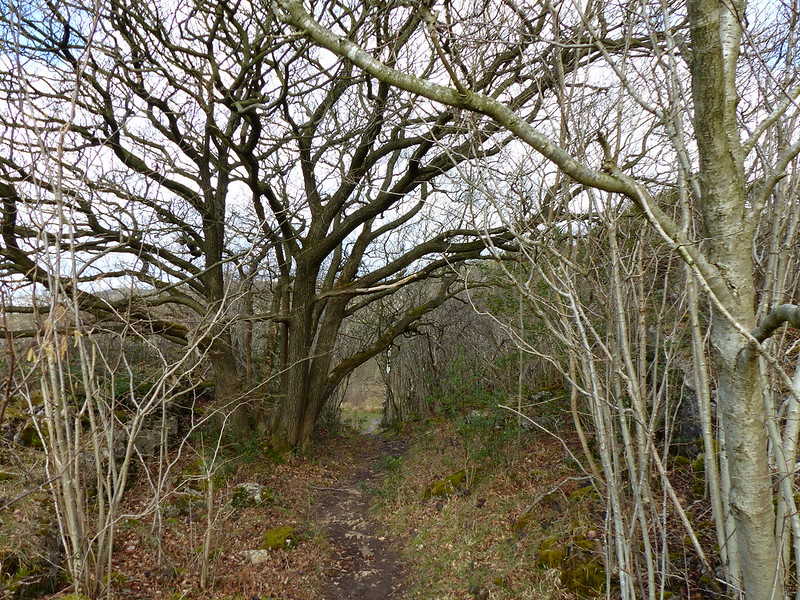 My sporadic attempts to get to grips with identifying bird songs have been largely unsuccessful, but not in vain – I have added one or two birds to my limited repertoire. One song which is very readily learned is that of the Chiffchaff, a warbler named for its song. Since the Chiffchaff is a summer migrant, hearing it anew each year is another welcome confirmation of the arrival of spring. As I dropped down from Middlebarrow towards Arnside Tower I could hear one in the trees above. My confidence is hardly unshakable though and I scanned the crown of the woods, hoping for a sighting to confirm my suspicions. 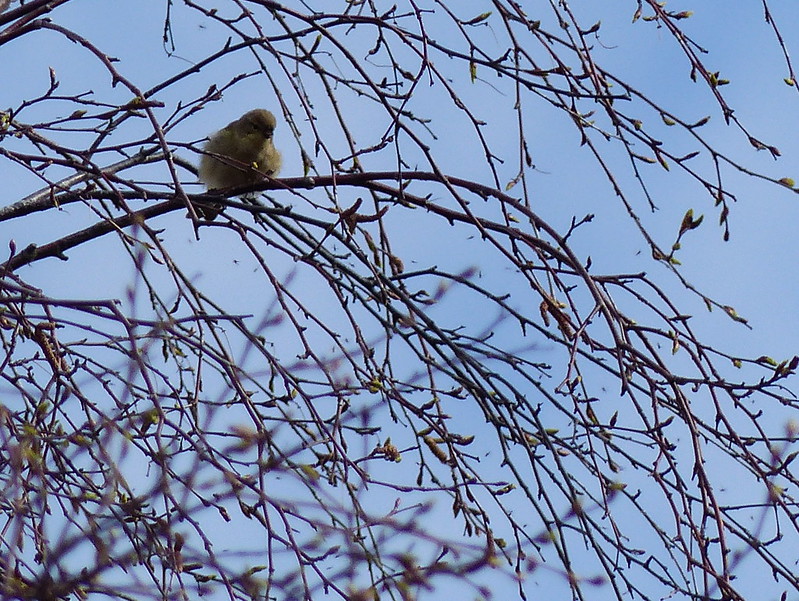 And there it is! An LBJ with more than a hint of yellow to liven things up a little. 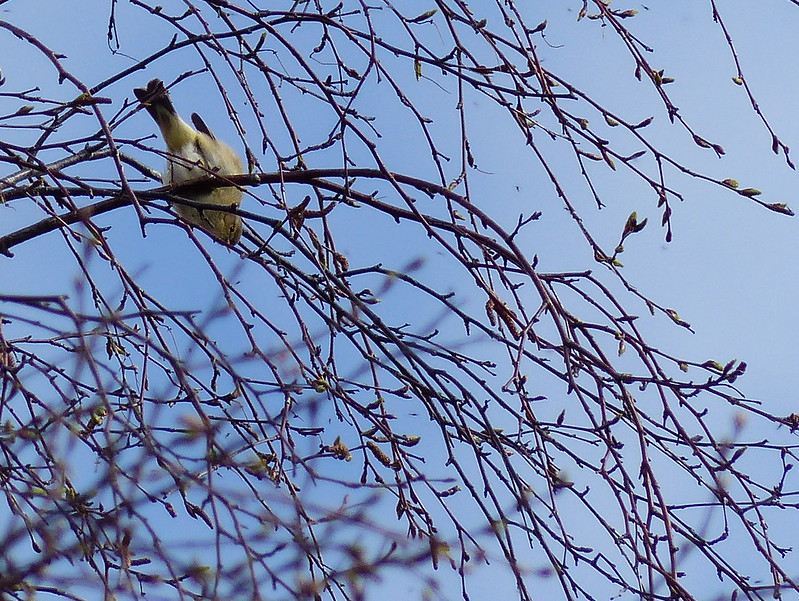 Later, at Far Arnside, I realised that I can recognise the contact calls of Nuthatches too, and spent a frustrating few minutes trying to photograph one which, whilst it was surprisingly close, just overhead in fact, wouldn’t sit still long enough for the camera’s autofocus to catch up. Later still the same sort of thing happened with a Goldcrest which swung around on a hanging twig almost within reach, but which I completely failed to photograph.

The principal reason for my choice of route was to catch the wild Daffodils at Far Arnside, but I bent my steps along the scrappy woods by Holgates on the off chance that another early flower would be in evidence. I thought that I was probably too early, but no… 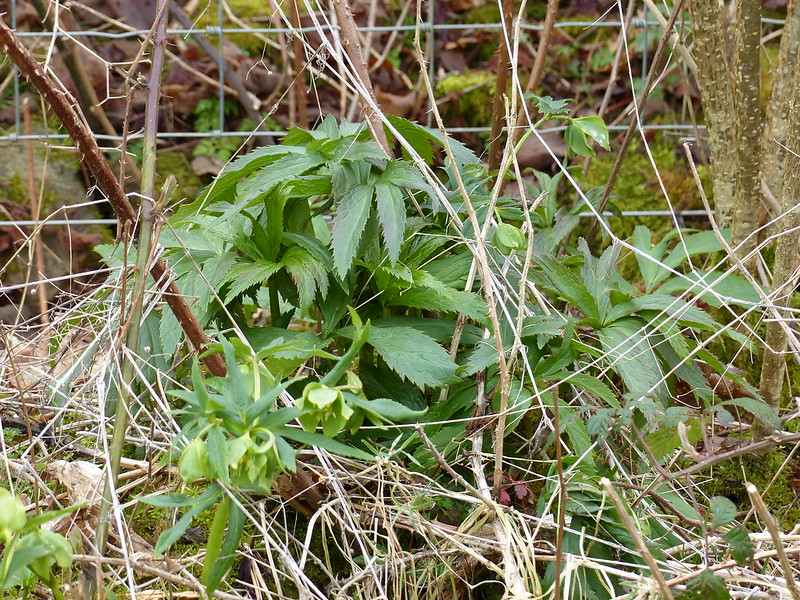 Nothing is so beautiful as Spring –

When weeds, in wheels, shoot long and lovely and lush;

Through the echoing timber does so rinse and wring

The ear, it strikes like lightnings to hear him sing; 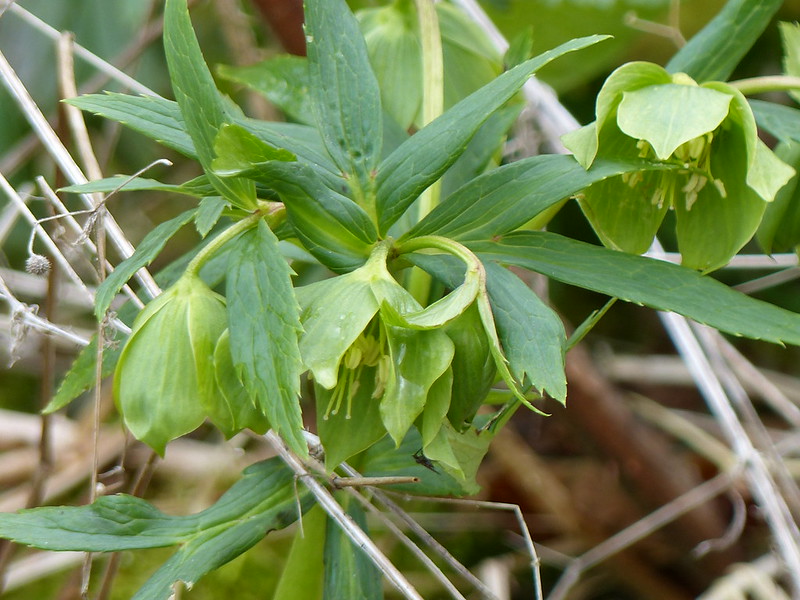 TBH bought me ‘Claxton’ by Mark Cocker for my birthday and I’ve just finished reading it. It’s marvellous, I can’t recommend it enough. Essentially it’s a nature diary, but with entries from several years, mostly based in and around Cocker’s home village of Claxton in Norfolk. The book is full of telling details and apposite similes, but it’s also packed with interesting ideas. For example: we’re often ready to ascribe great age to certain trees, but it never occurs to us to think in that way about shrubs or flowers. These hellebore come up in the same area each year. When the perimeter of the caravan park was bulldozed recently, they survived (although probably not unscathed I suspect). I’m wondering, in retrospect, how long they’ve been flowering here. 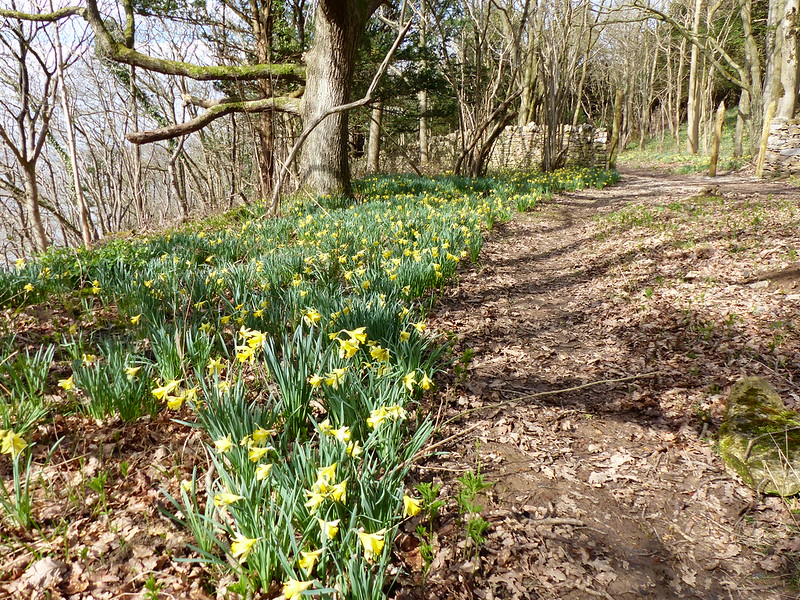 The Daffodils at Far Arnside were well worth a visit. Much more spectacular than I’ve managed to make them look in fact. And in amongst them… 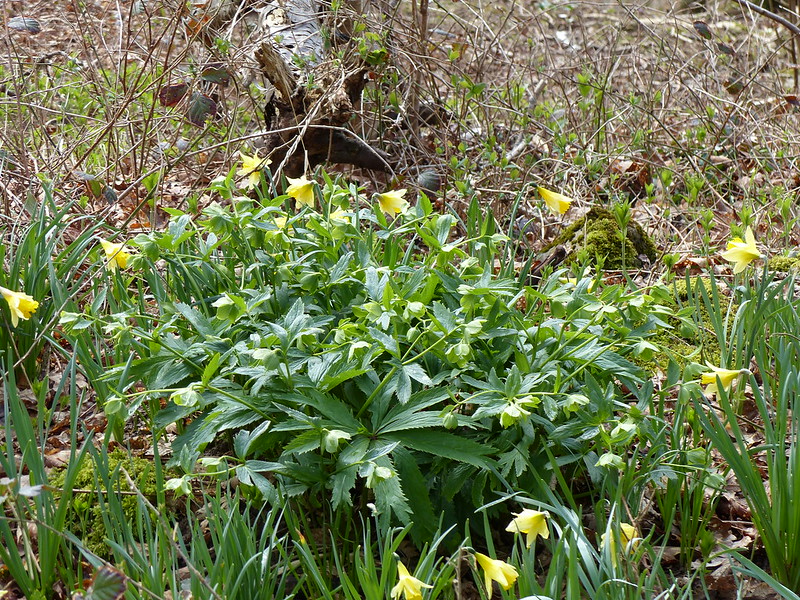 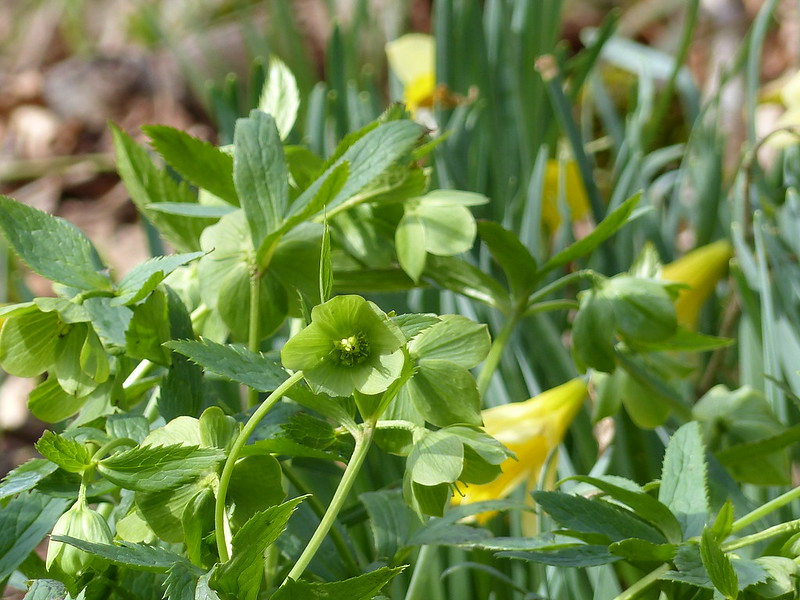 It seems likely that Hellebores can be found elsewhere in the area, but these are the two spots I know of, leaving aside the many gardens which have cultivated varieties.

Overhead, this Coal Tit was pecking furiously at the moss, pulling lumps off the branch and tossing them aside. 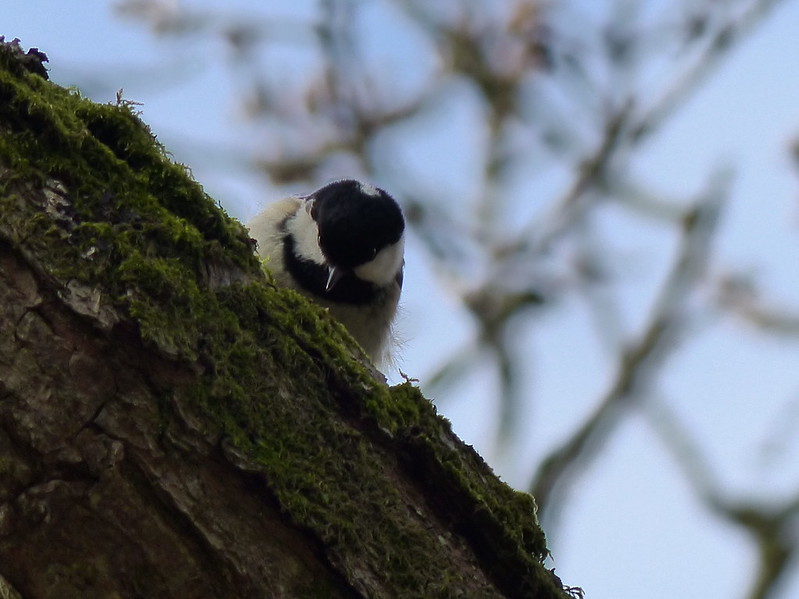 Are there potentially good things to eat hiding beneath the moss? 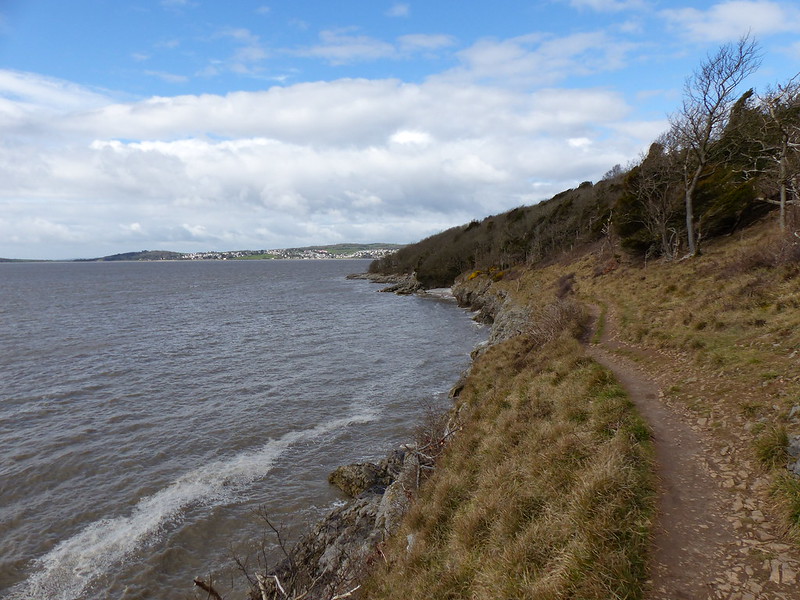 The tide was in, and, unusually, there were small waves breaking against the cliffs. 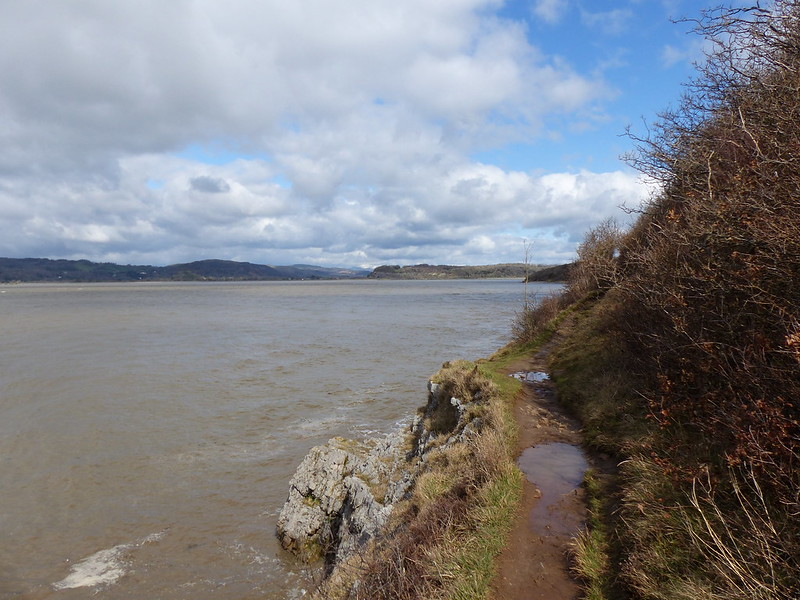 Across the Kent Estuary to Meathop Fell. 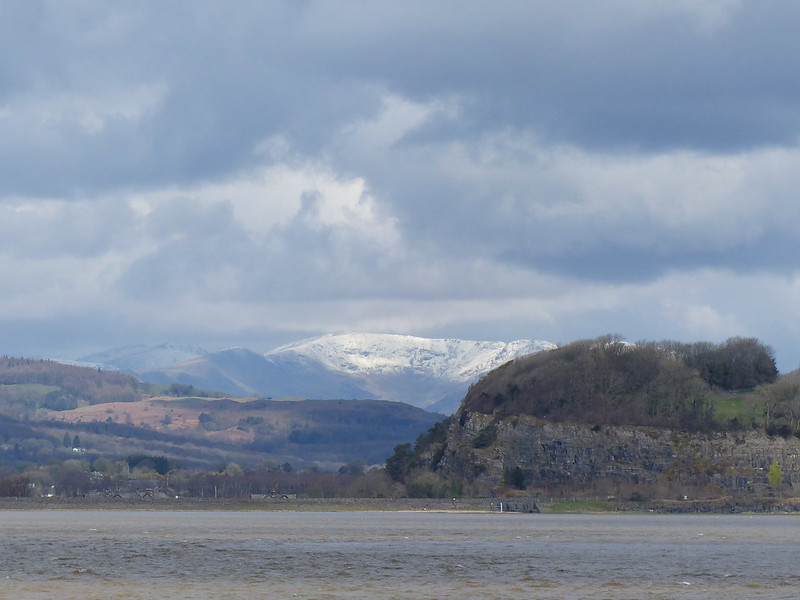 And with a zoom…snowy Lakeland hills beyond. 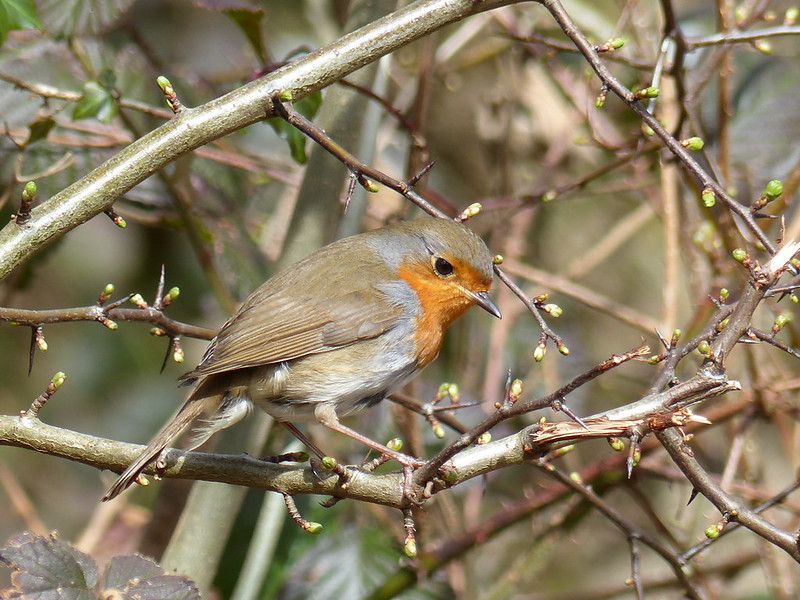 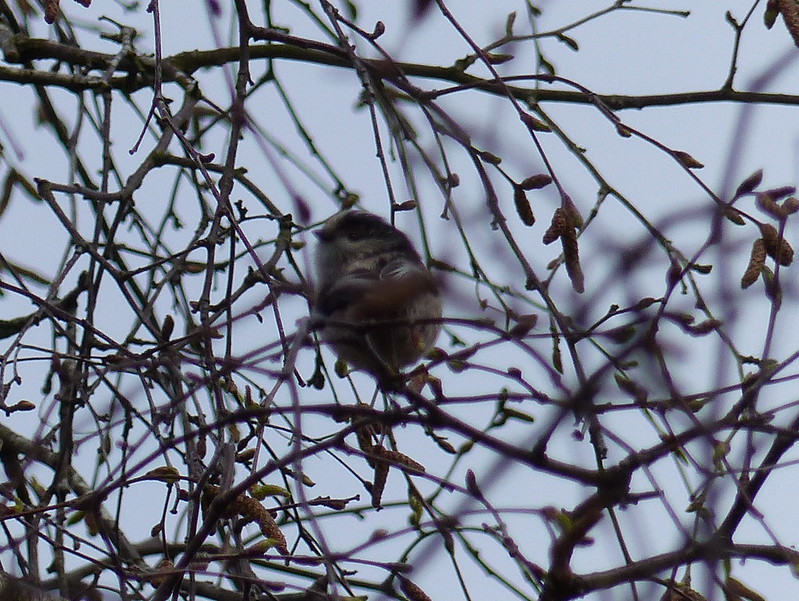 I have so many out-of-focus photos of Long-Tailed Tits that I’m beginning to think that it’s them and not me or the camera; perhaps they are naturally a bit blurred. If so, I sympathise with them – I often feel a bit blurred myself. 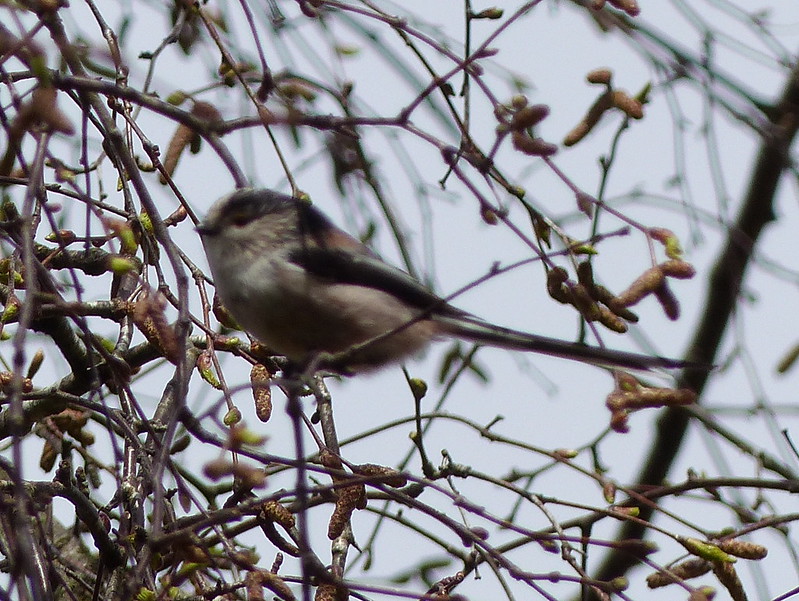 At New Barns the tide was so high that the road was flooded. 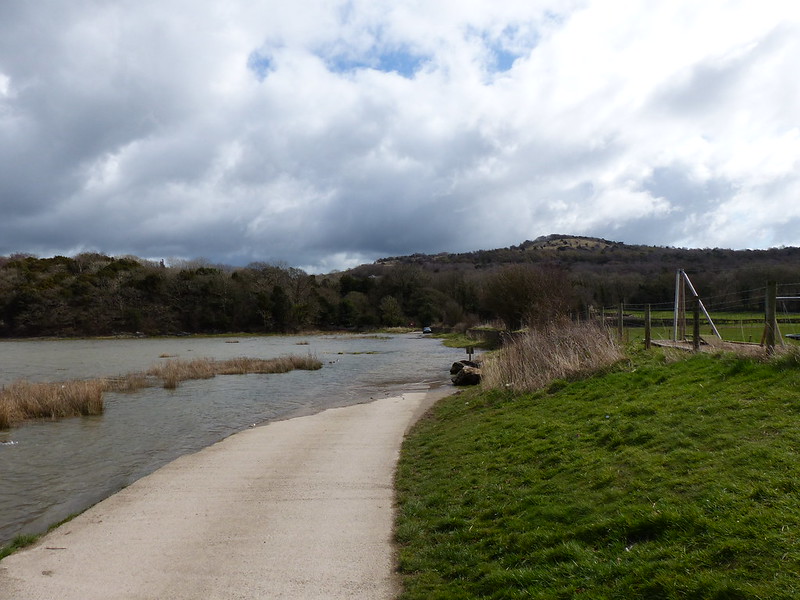 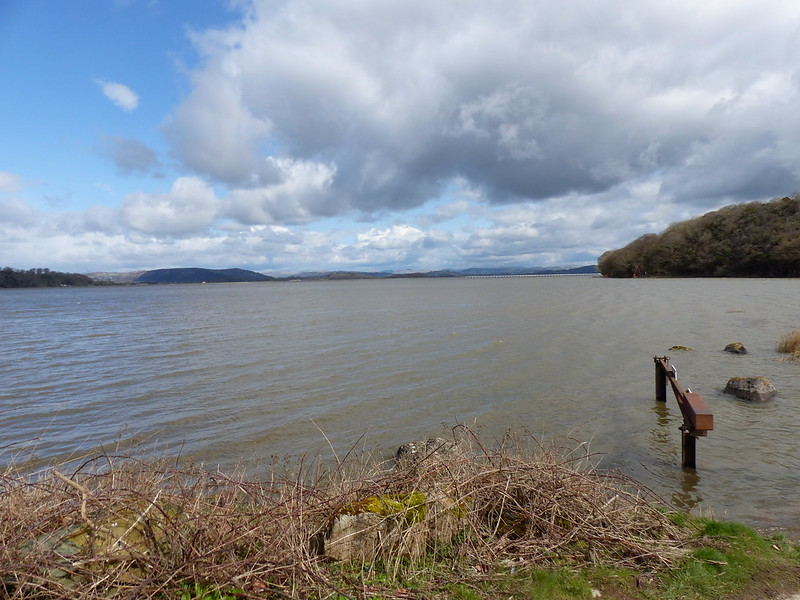 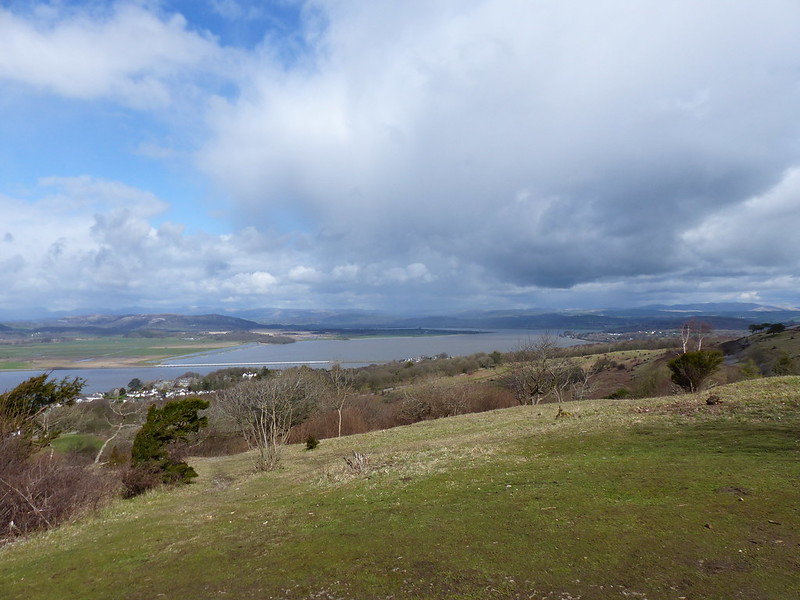 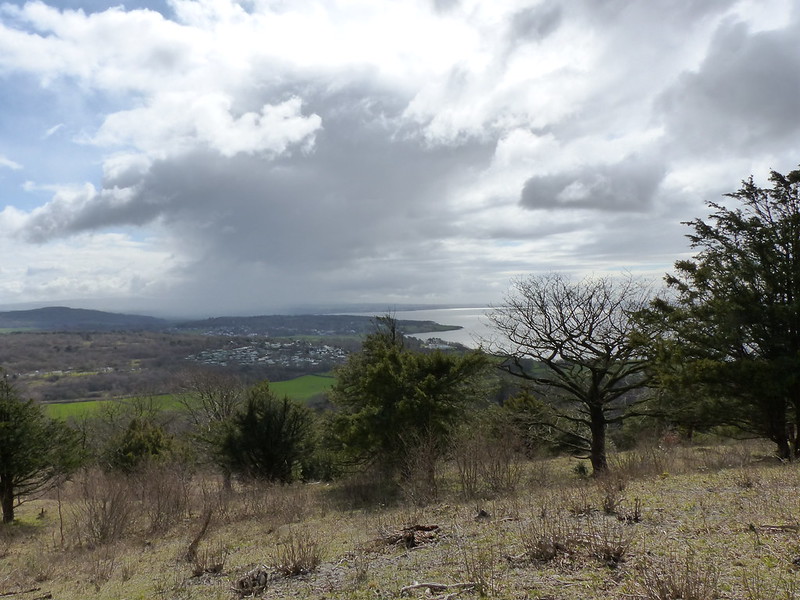 The quotes are from ‘Spring’ by Gerard Manley Hopkins.

2 thoughts on “Juice and Joy”