Or: Driving Miss A

Scenes from the life of a taxi-driving Dad. 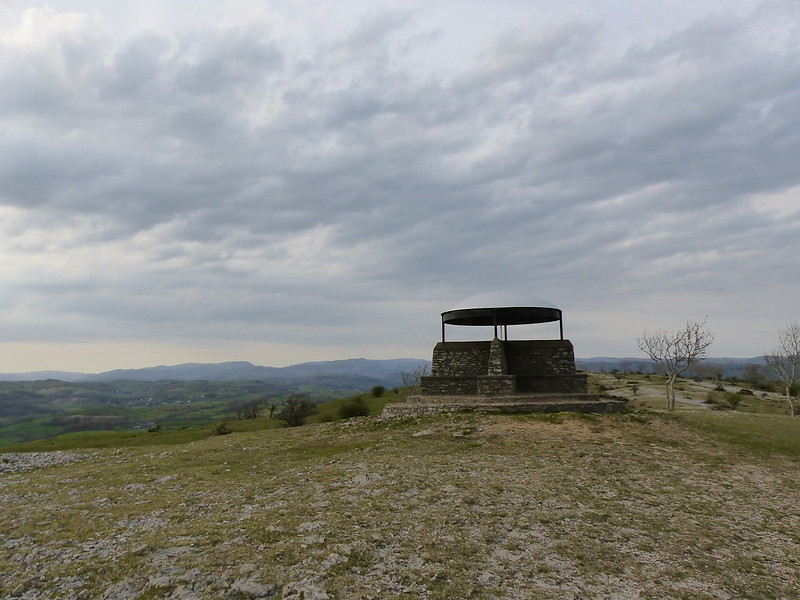 Guides have a Thursday evening outing to ‘Pets At Home’? Perfect, I’ll nip up Scout Scar to take in the wide-open views.

Consecutive dance lessons for an hour and a quarter in Milnthorpe on a Monday evening? No worries – a circuit from Sandside Back Lane through the woods to Storth, up to Cockshot Lane and then to the diminutive summit of Haverbrack – another Small Hill with a Disproportionately Good View.

This photo is from a fortnight ago. I’d also walked the same circuit a couple of weeks before that, under gloomy skies, when I didn’t take any photos.

I walked it again tonight. It had been sunny all day (whilst I was stuck at work waiting for a session of ‘Wellbeing’ training*) but whilst we ate tea the eastern sky had turned an impressively thunderous black.

I did get rained on a bit, but the dramatic dark skies and fast-moving strips of sunlight were more than sufficient compensation. 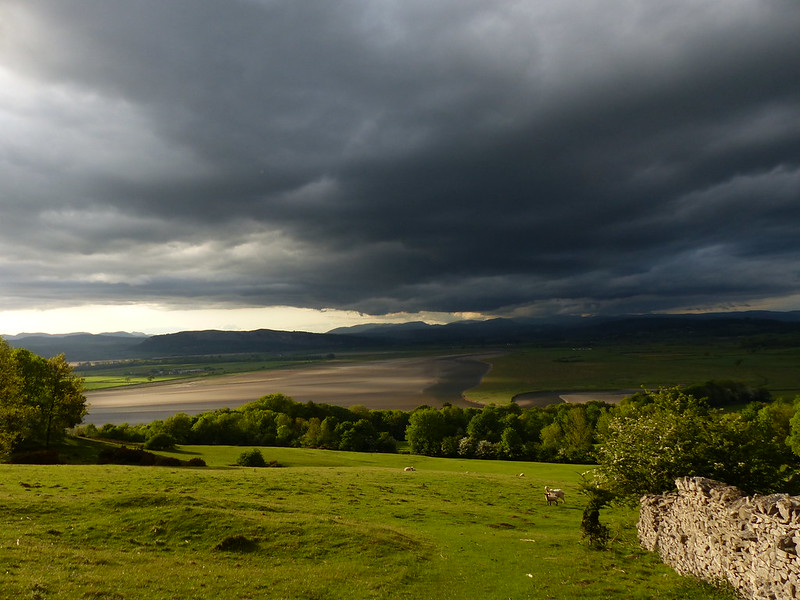 On a whim, I diverted slightly to visit Sandside’s infamous ‘Orchid Triangle’. Somebody (I’m not being secretive, I can’t remember who) told me about this unprepossessing spot years ago, but I misunderstood their directions and could never find any orchids. Then somebody else (again – it’s a mystery who it was) corrected my mistake, but somehow I’ve never gotten around to checking for orchids at an appropriate season. 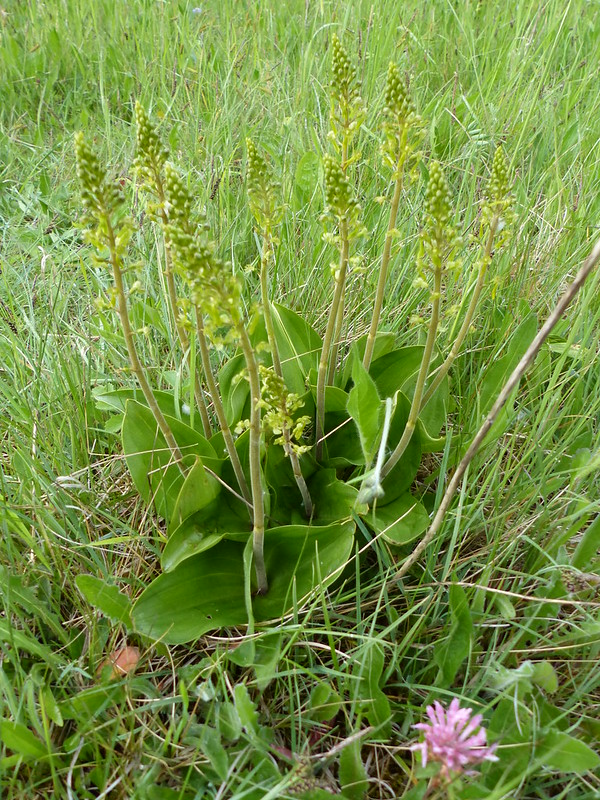 But today – what a stroke of luck: lots of orchids. At first I thought that they’d finished flowering, what with the lack of colour in the flowers, but now I can see that in fact many of the flowers have yet to open. 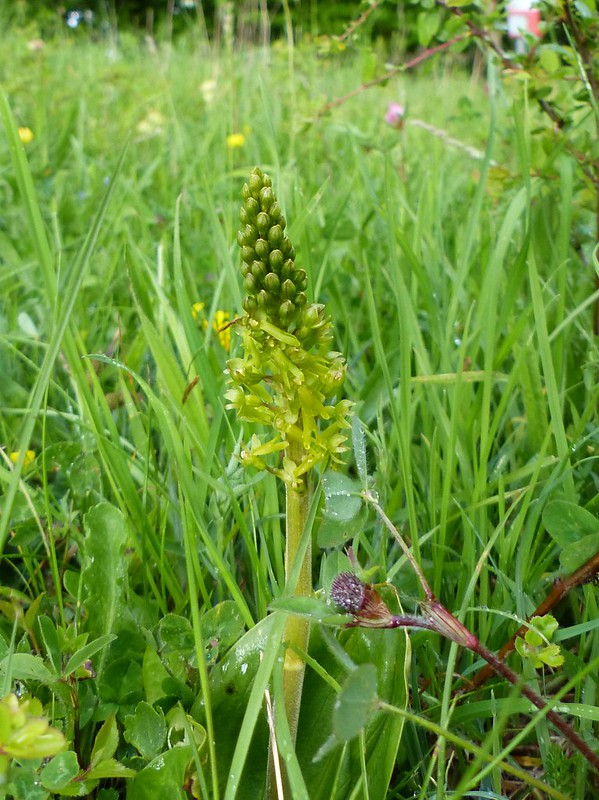 This is Common Twayblade (I’m pretty sure of that, although I’ve never seen it before) and the flowers are a yellowy-green. Not the most spectacular orchid perhaps, and apparently ‘quite common’, but it made me very happy none-the-less. 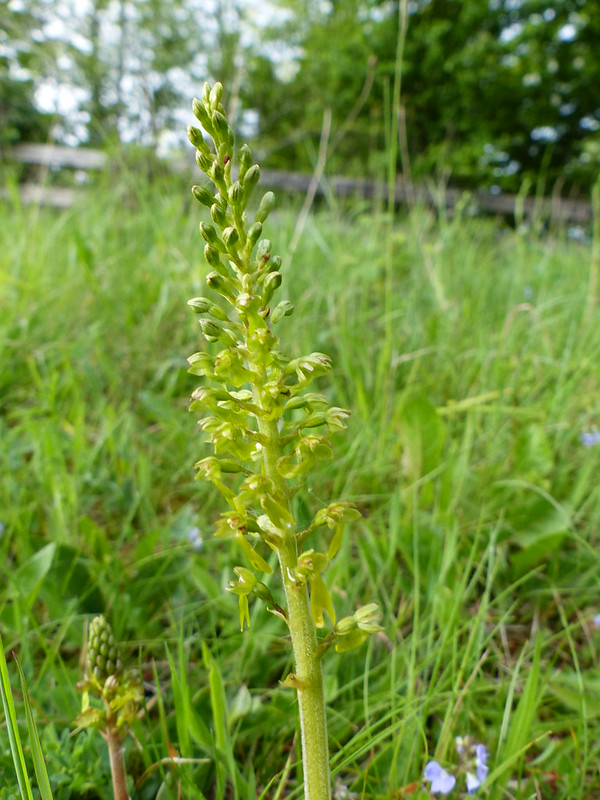 Not so happy with the photos, but that just gives me a reason to go back soon to have another go.

Flowers didn’t feature in the ‘7 secrets of happiness’ talk at work today, although we were exhorted to ‘be mindful’ which seemed to entail noticing changes in the weather and the seasons. (I think there might be a bit more too it than that). Music was missing too. Literature, drama, art – not mentioned. Exercise was advocated, but not fresh air, sunshine, great views…

Maybe I should deliver the training next time? 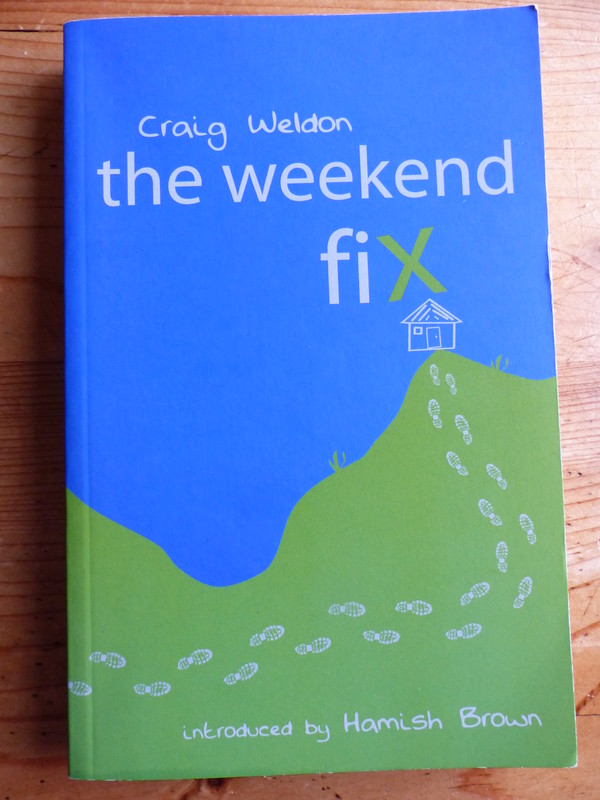 Imagine this: a young man goes to University, joins a Hiking Club, becomes a bit obsessed with walking and list-ticking, gets into a few scrapes, garners an assortment of amusing anecdotes. Sound familiar to anyone? Craig Weldon has woven a very readable book out of those youthful exploits. He really does become a bit list obsessed, somewhat of a monomaniac, and it doesn’t always seem to make him happy (the part where he moves to England and seems grimly determined to drive as close as he can to the top of Marilyn’s and then bag them with the minimum of effort or enjoyment is a bit hard to fathom, but mercifully short). On the whole it’s life-affirming stuff, and made me smirk knowingly in several places. Besides which, anyone who singles out Ben Mor Coigach and Ben a’Chrulaiste for praise can’t be all bad. I’m even feeling almost inspired by his determination to go walking in foul weather. Almost.

Oh – of course – Craig Weldon has a blog, so you can sample his writing for free: Love of Scotland.

*Rant edited out. Don’t get me started.