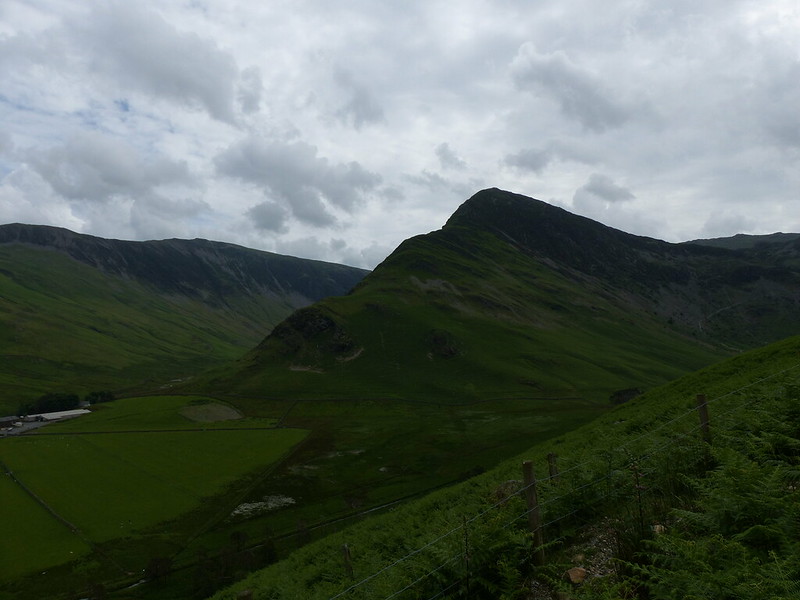 My old friend JS had just one more Wainwright to bag. He is, I think, the most well-organised man I have ever known (I say ‘man’ advisedly, I’ve worked with a few women who would give him a run for his money) and typically he had planned out his Wainwright bagging so as to leave the last for his 50th Birthday. When I saw him down in Nottingham a few weeks ago he invited me to join him and I didn’t need to be asked twice. 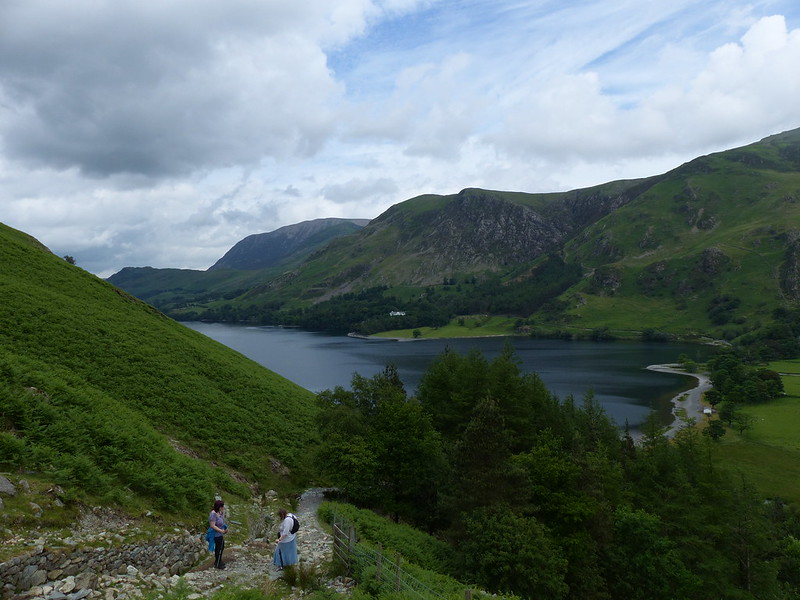 The forecast wasn’t great, but for most of the day the weather was pretty kind to us. We met in Buttermere village and walked along the southern shore of the lake before climbing towards Scarth Gap. 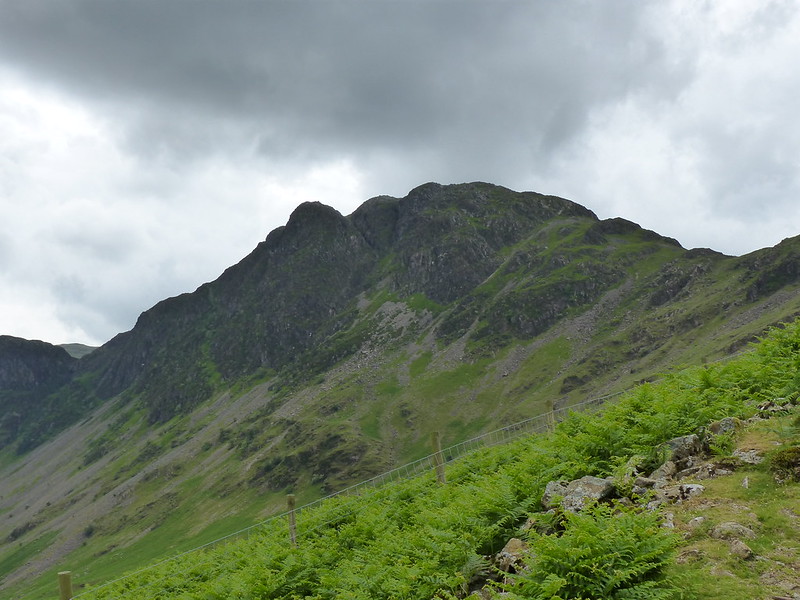 I’d dragged B along for the walk and JS’s sisters and a brother-in-law were also in the party. The pace was very leisurely, which suited me just fine. I could see that B was getting a little restless however, so we took an off-piste route, seeking out some easy scrambling. 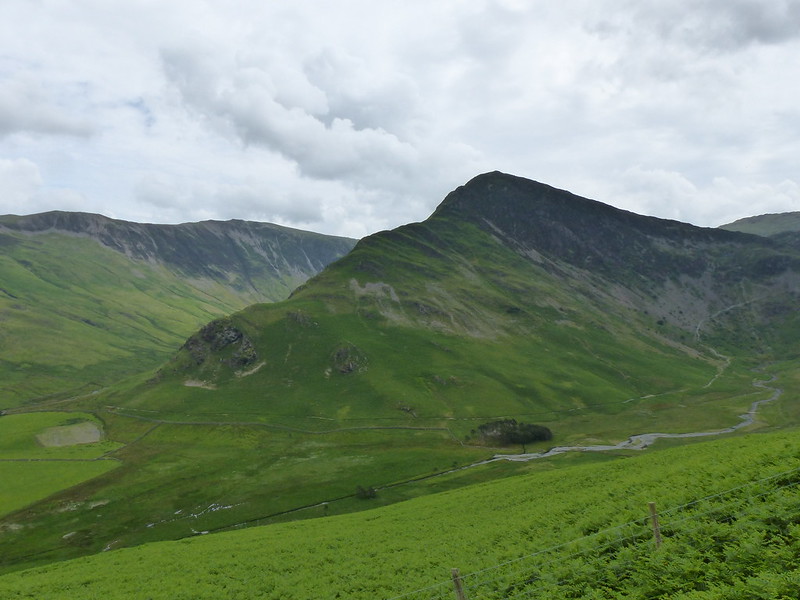 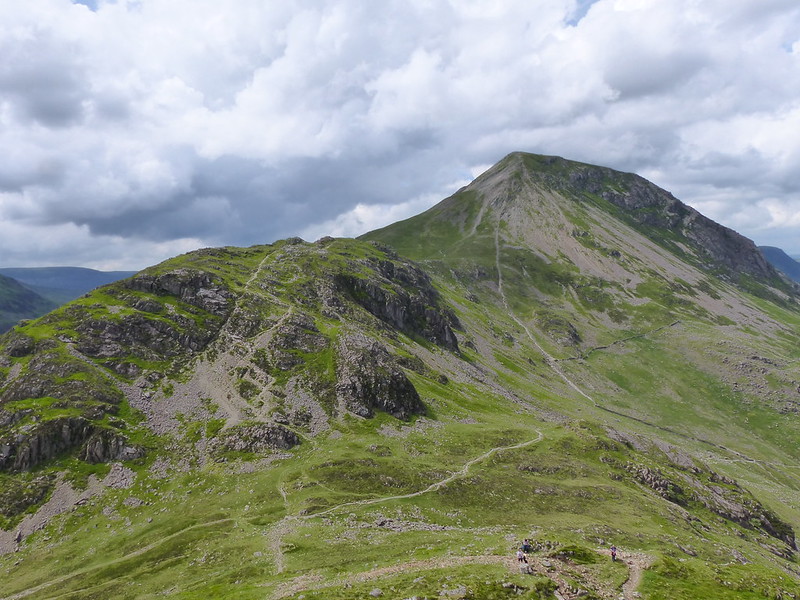 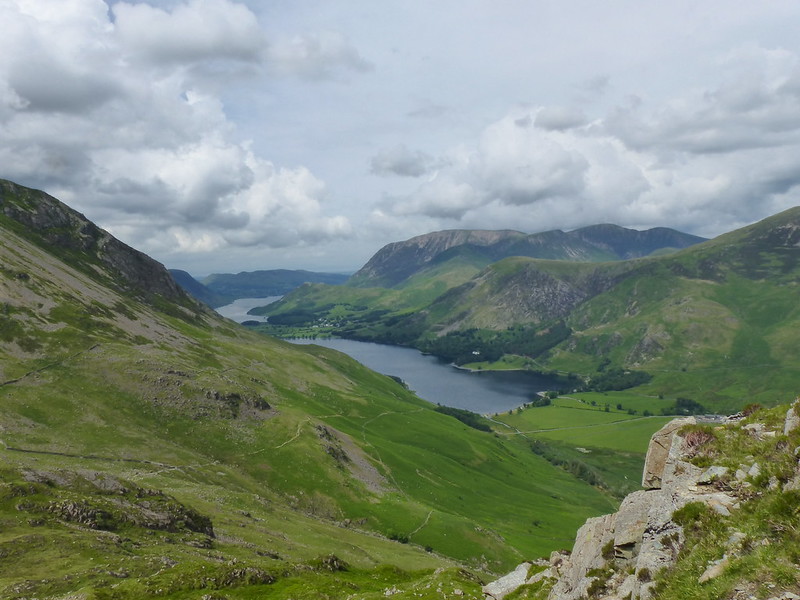 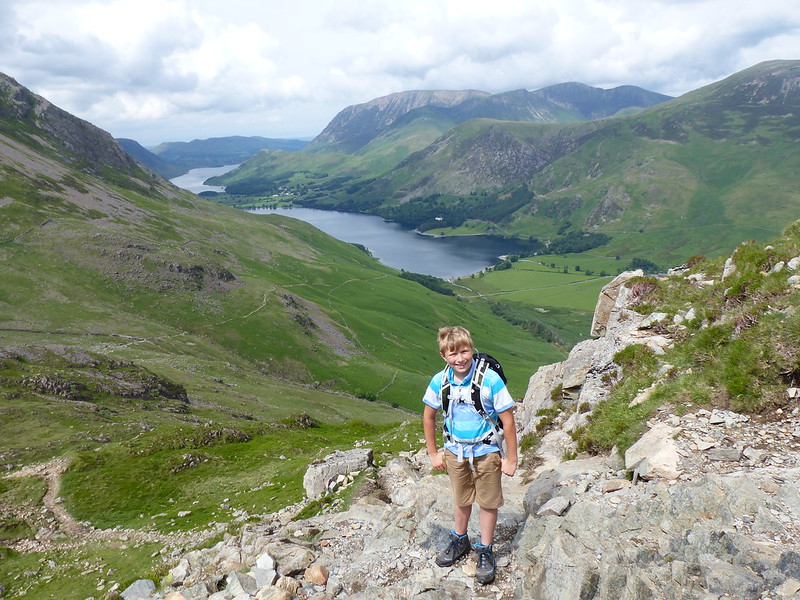 B enjoying some unexpected sunshine.

We saw a couple of these… 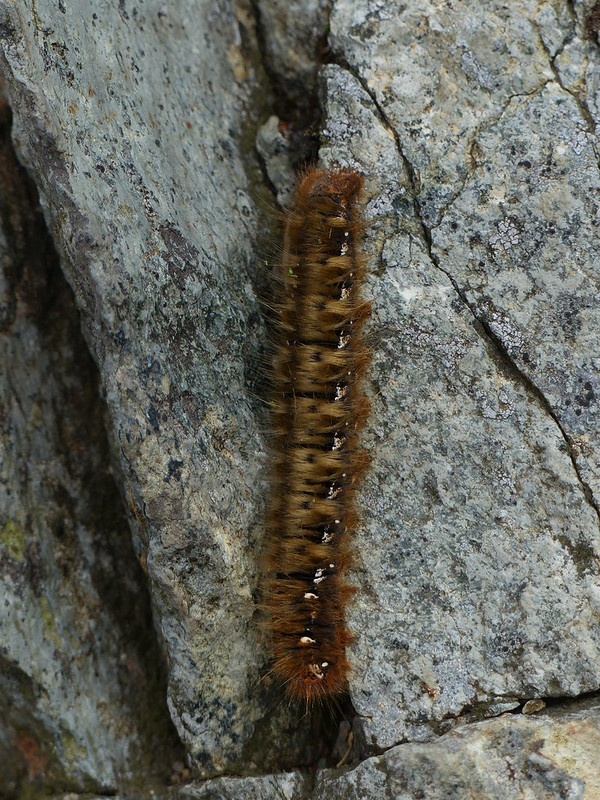 …large, hairy caterpillars. I think that it’s a Hairy Oak Eggar Moth caterpillar. This one didn’t move at all and was still in exactly the same spot when we came back down. If it had chosen a spot in which to pupate, then it had chosen badly because it was right on the path.

In the little tarn between the many small knolls on the top, B spotted a newt floating just below the surface of the water.

A champagne lunch was planned for the summit, but some members of the party, not regular walkers, objected to the ‘rock climb’ where the path crossed some slabs just below the top, so the champagne was quaffed a little way short of the top. I’m pretty sure it tasted just as good as it would have done a few metres higher. Having traveled in a rucksack, the bottle had had a good shaking and the cork rocketed skyward most impressively. 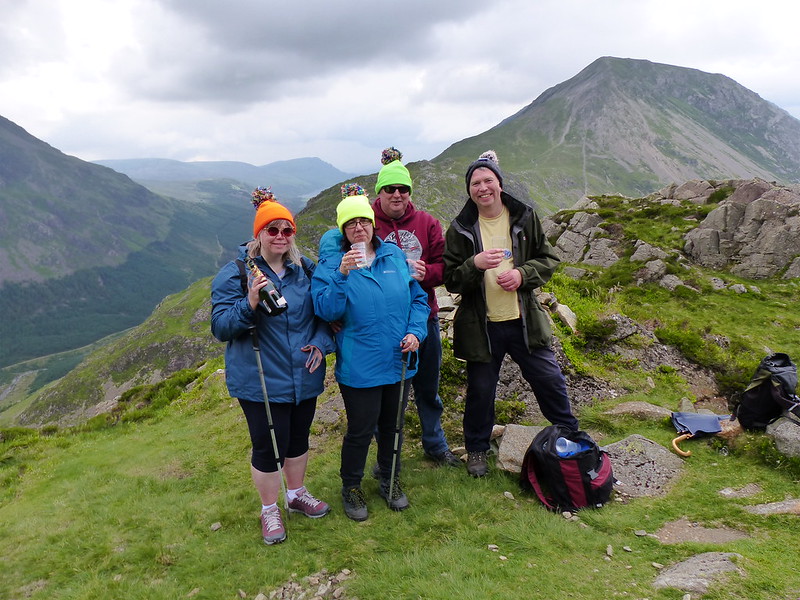 A family party with champagne. The bobble hats had all been especially knitted for the occasion.

We returned by exactly the same route. The weather had done us proud, but as we were almost back to the lake shore path the heavens finally opened, and when the rain came it came with a vengeance. We’d been waiting for the others, but now decided to make a beeline for the car. B was nonplussed as the path became a stream and we were both quickly soaked, but it wasn’t far to the car, and we both had a change of clothes in the boot, although we had to run the gauntlet of the midges as we changed.

I’m not sure how many Wainwrights I have left to bag – some I’ve never done, and others I’ve been up many times, but not since I started keeping a record. Maybe I should be taking a leaf out of JS’s book and thinking ahead – which one should I choose to finish on? And who would I invite to join me? (And carry the champagne?).