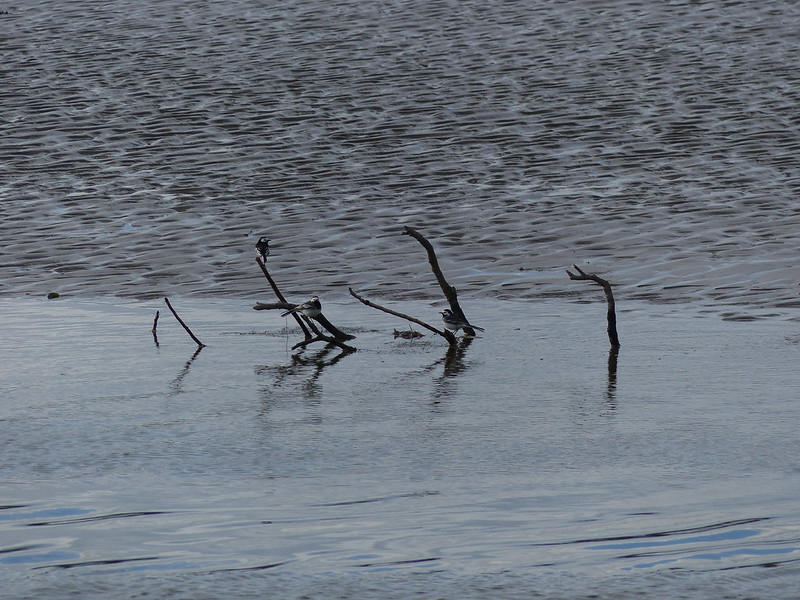 A dance lesson for A and a short stroll for me, with more gawking than walking. I wasn’t too surprised to see the Pied Wagtails by the River Bela, but I was slightly taken aback moments later to spot a Wheatear – a passage bird? 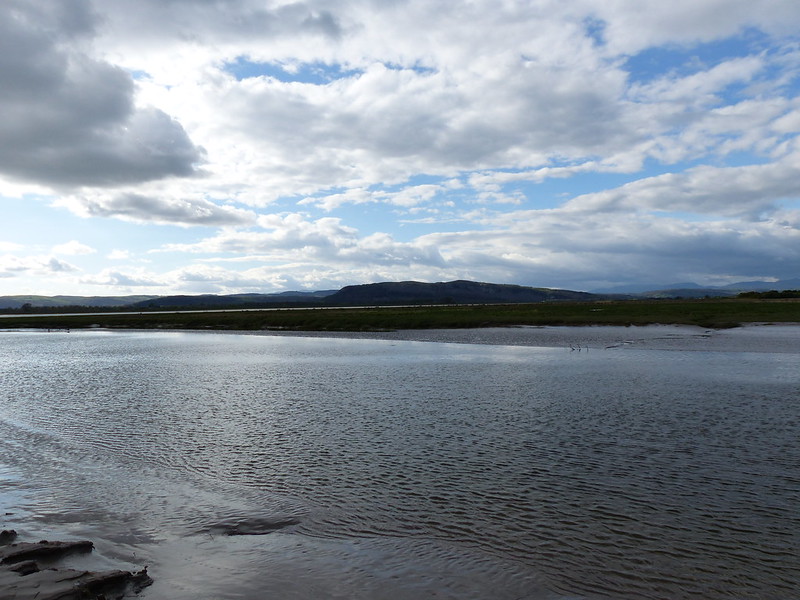 Whitbarrow Scar across the Bela.

On the ‘Orchid Triangle’ some orchid leaves in evidence – heavily spotted Early Purple and what I assume is Common Twayblade. No flowers yet, but plenty of other flowers incuding Cowslips and Bluebells. The latter in particular were attracting this very handsome bee… 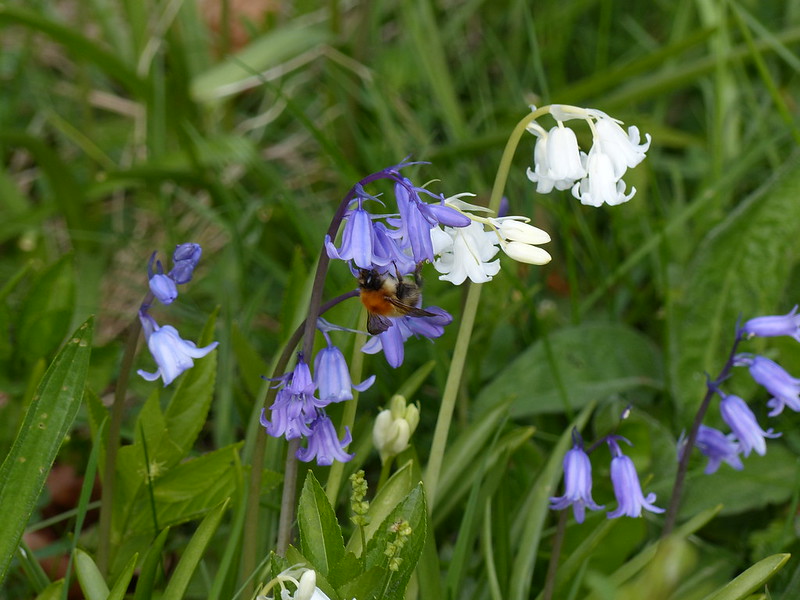 …which was quite small. I assume that it’s some sort of Solitary Bee. It has the ginger thorax of a Tree Bumblebee, but not much white on the tail and a good deal of very pale yellow hair too. 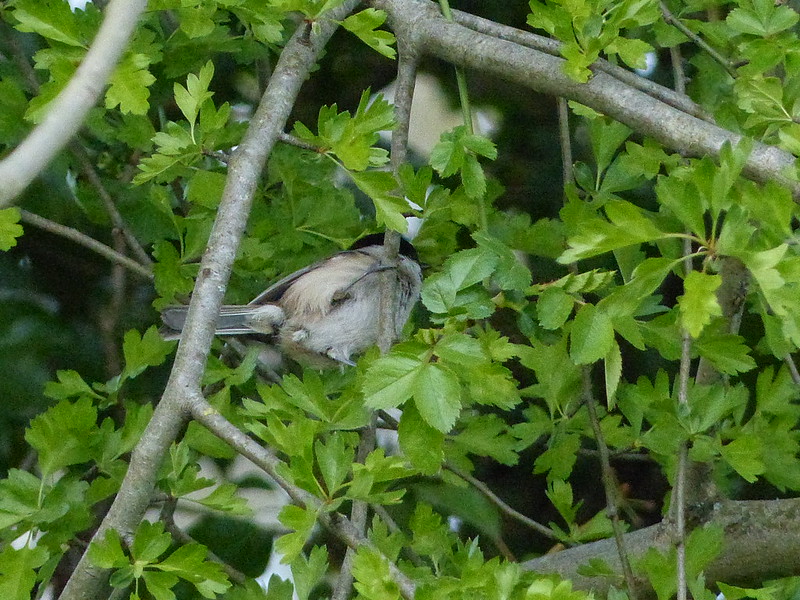 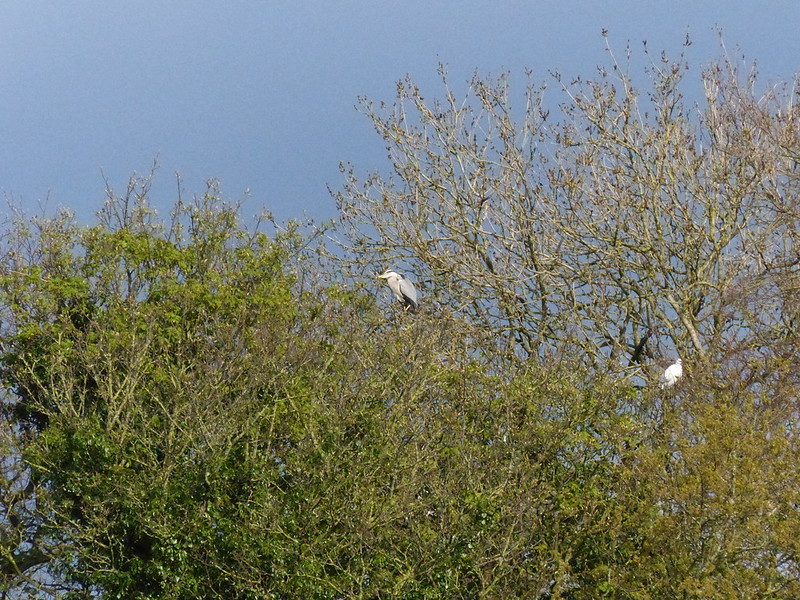 Grey Heron and Little Egret perched at the Heronry. 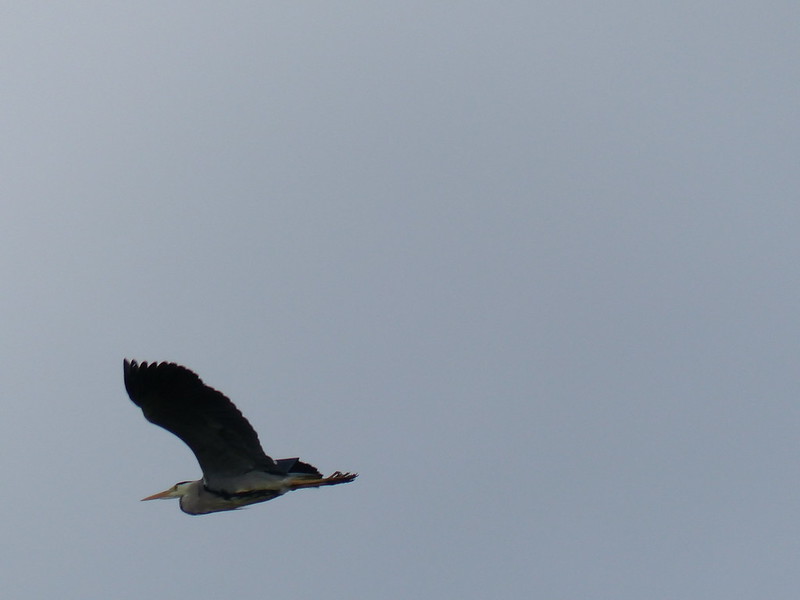 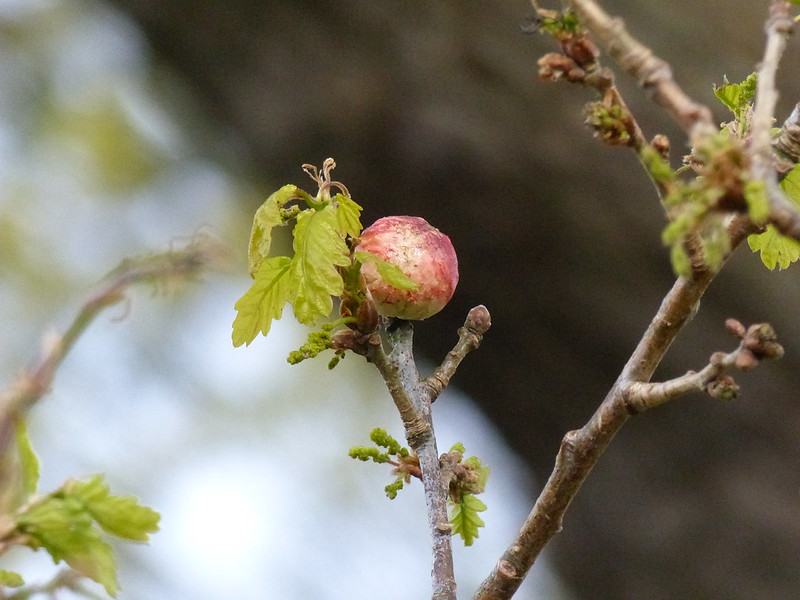 I walked past a substantial Oak which was liberally festooned with Gall Apples like this one. I was surprised by how fresh and apple-like they looked.

Birds by the Bela

2 thoughts on “Birds by the Bela”