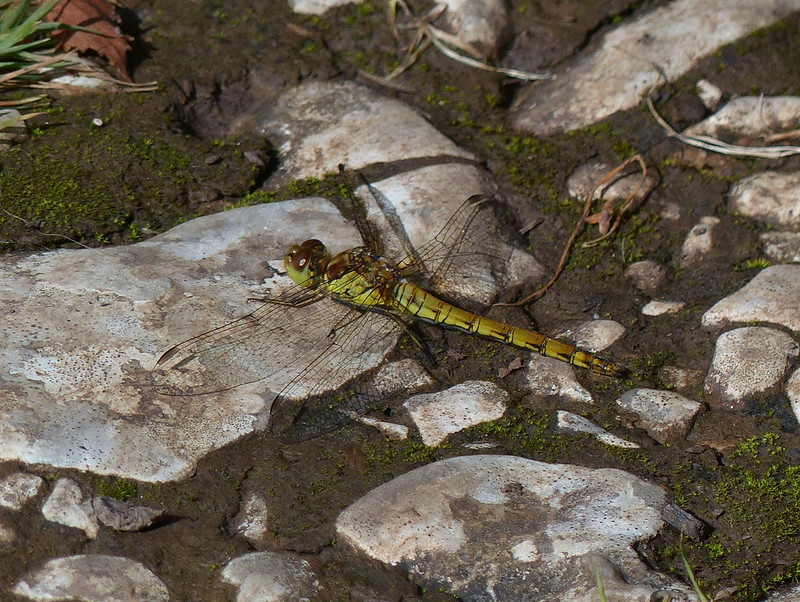 A very pleasant wander around Gait Barrows which happened almost a month ago now – how the summer has flown by! It was memorable for the large number of dragonflies I saw – although very few would pose for photos – and, rather sadly, for the dead Fox cub I came across. 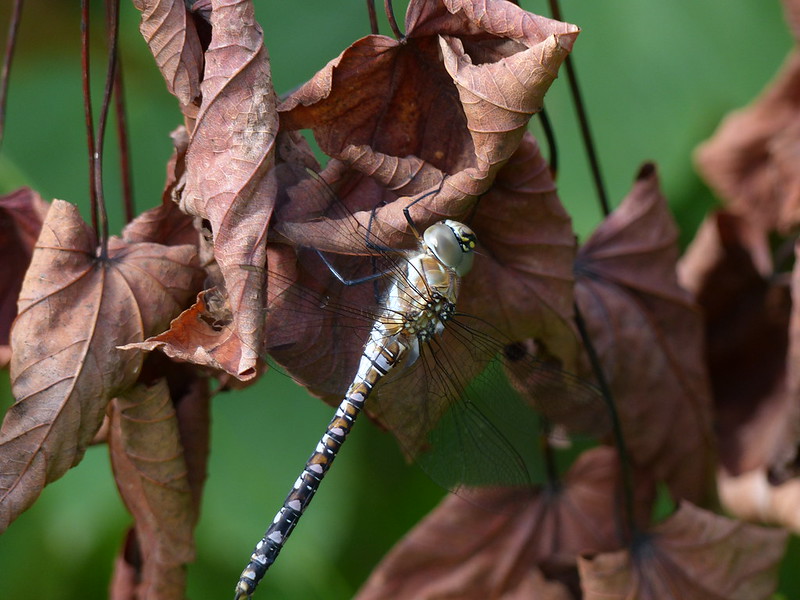 As I manoeuvred to find a good position from which take the photograph above, I almost trod on this large Frog… 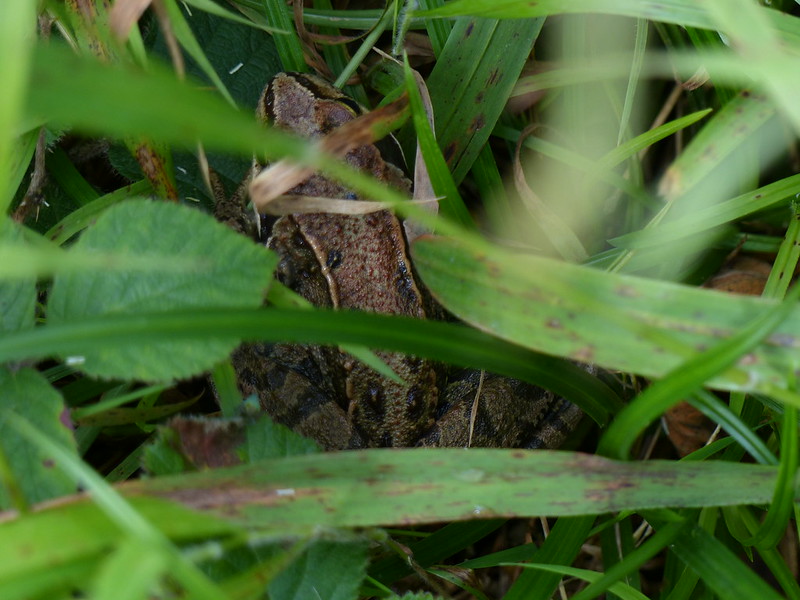 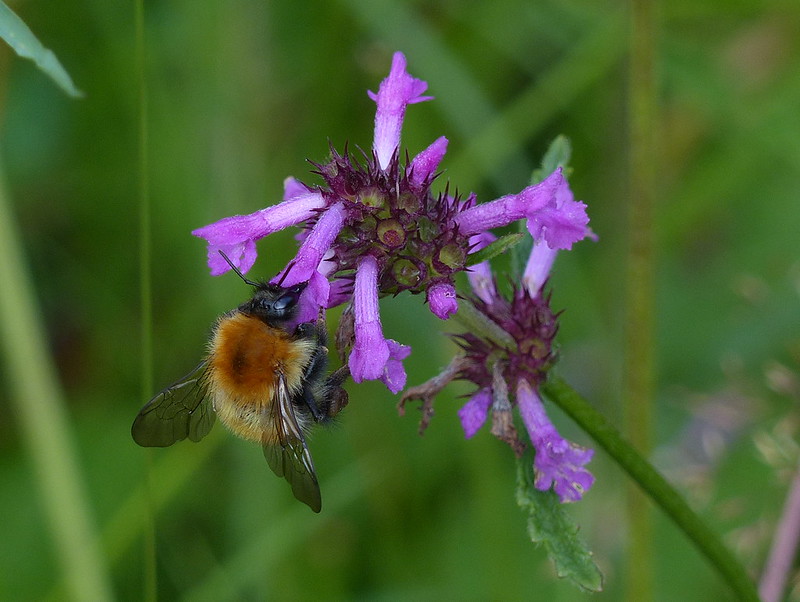 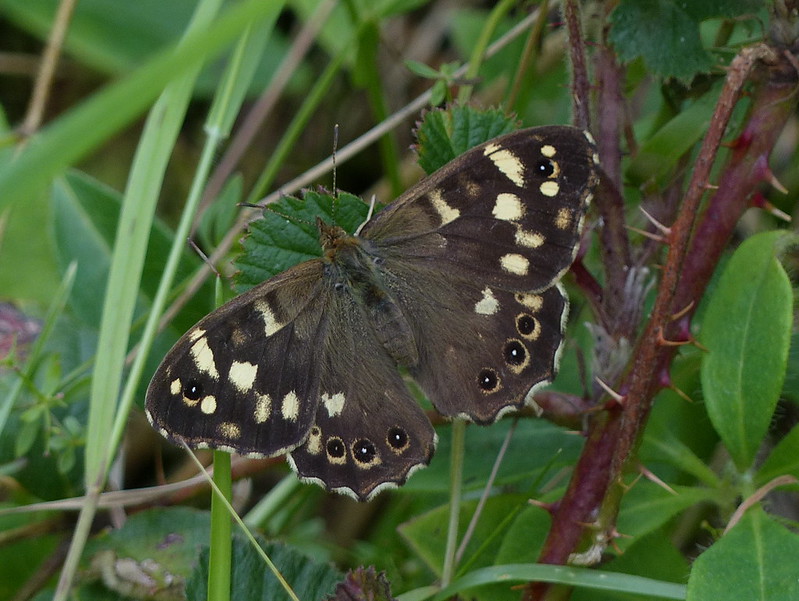 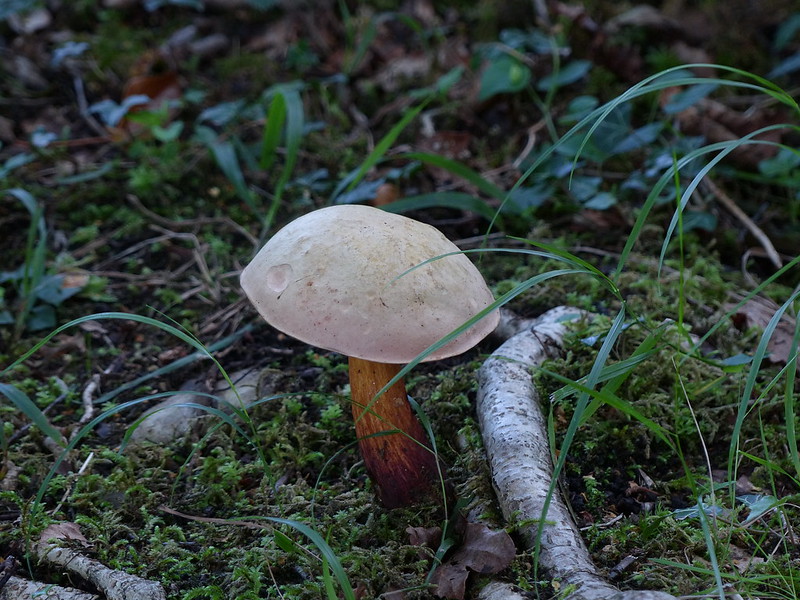 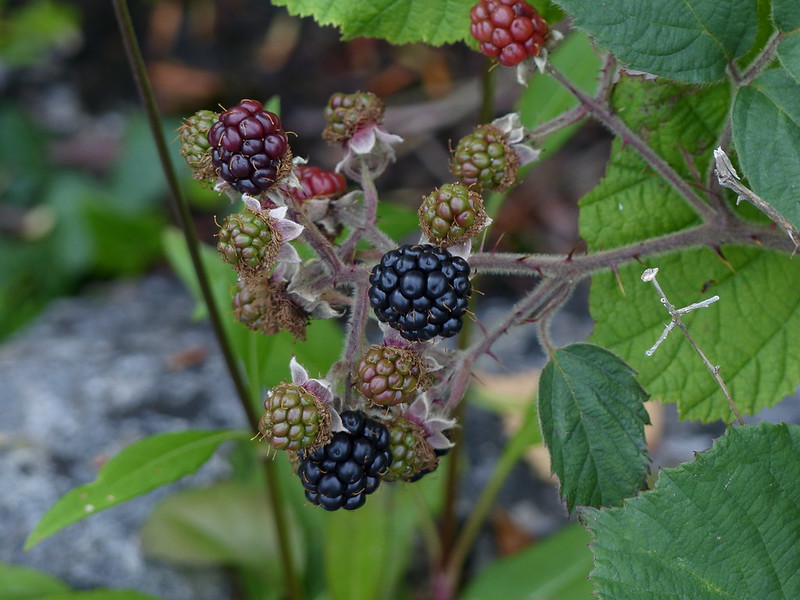 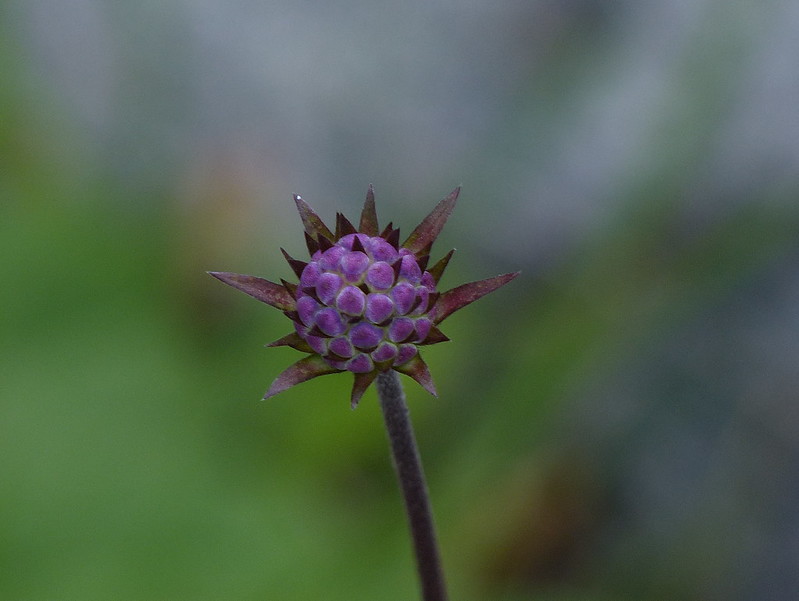 The ‘mystery plant’ – flowers still not open, but showing more colour – I need to go back to check on their progress. 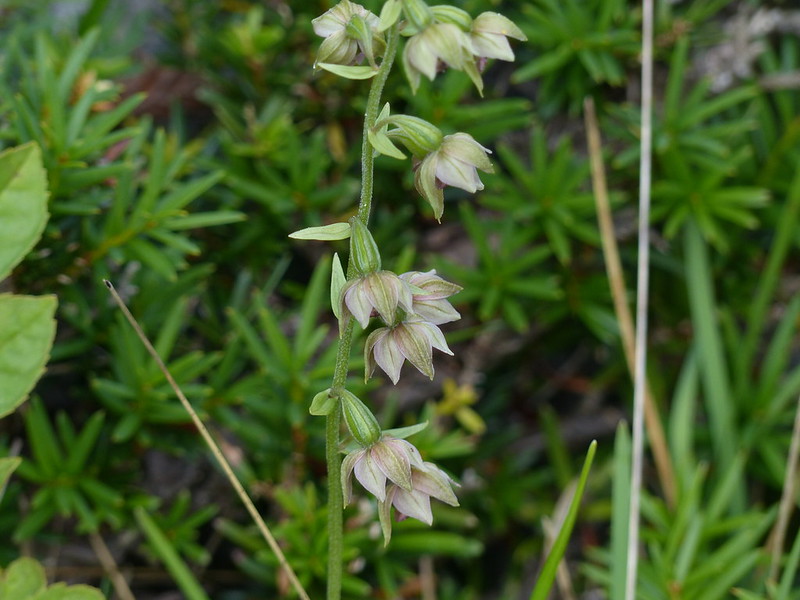 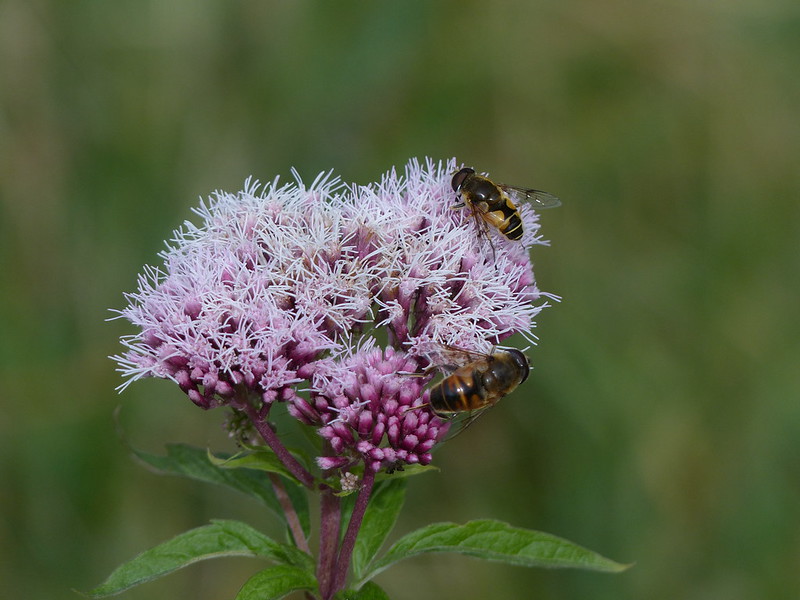 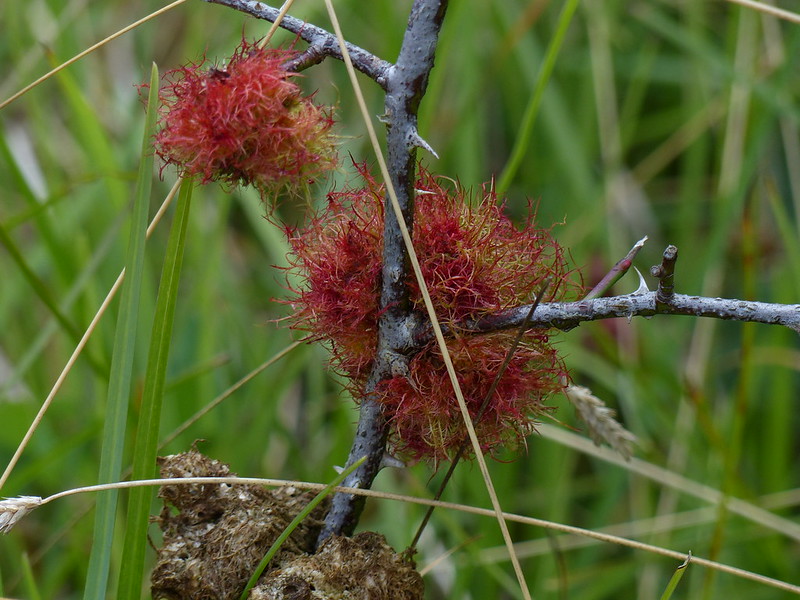 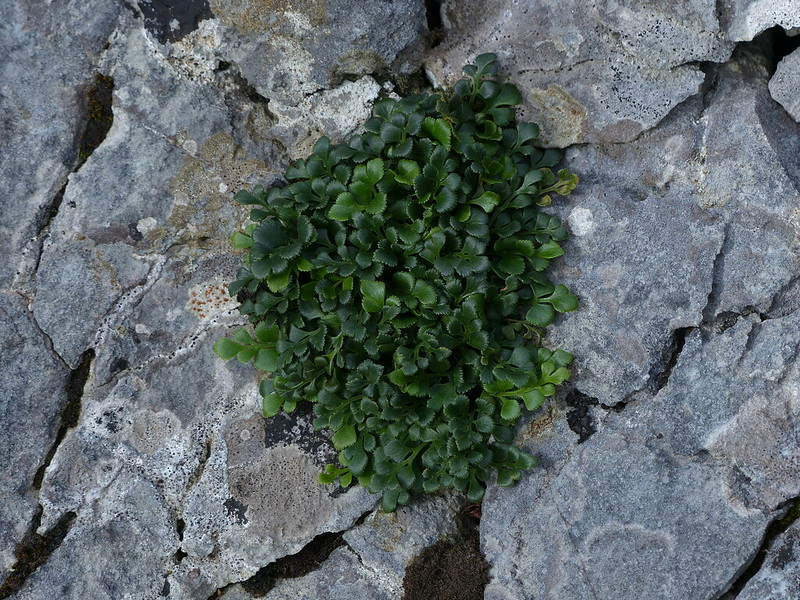 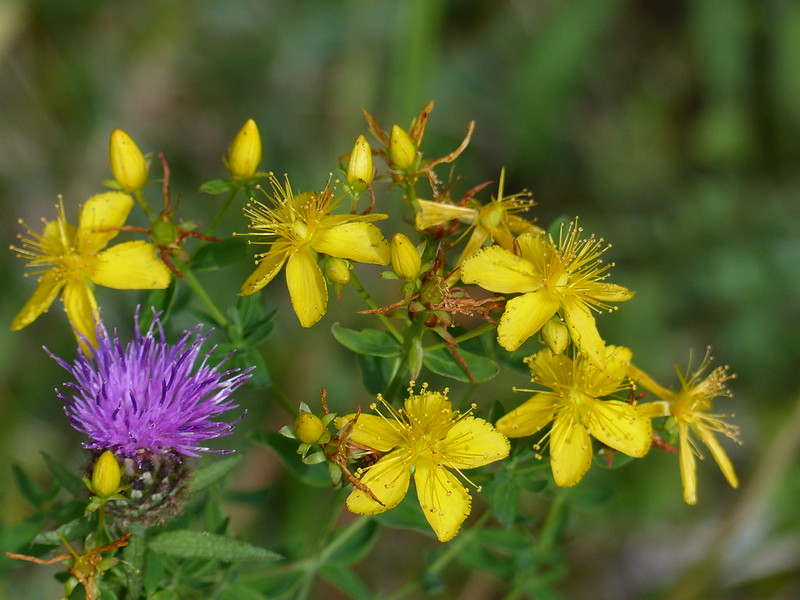 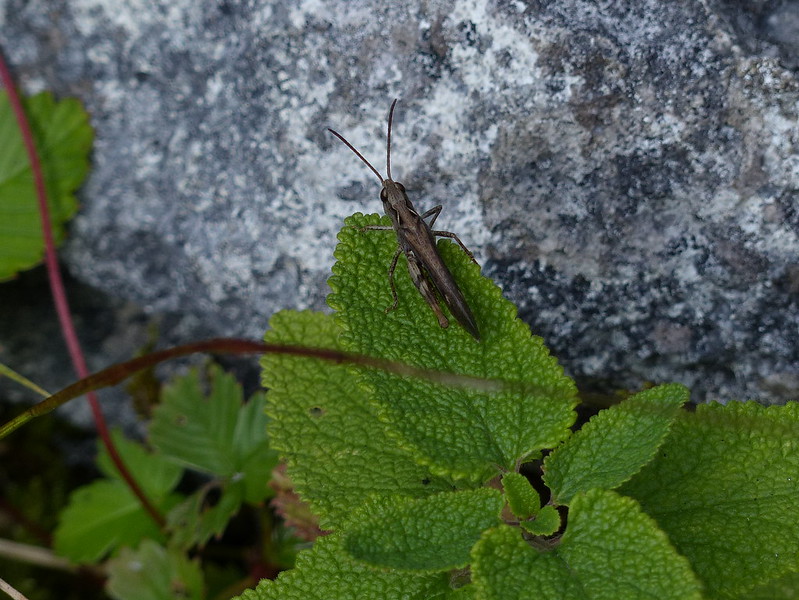 Grasshoppers have often been evident from their singing on local walks, but I haven’t always seen them, or my photos haven’t come out well when I have. 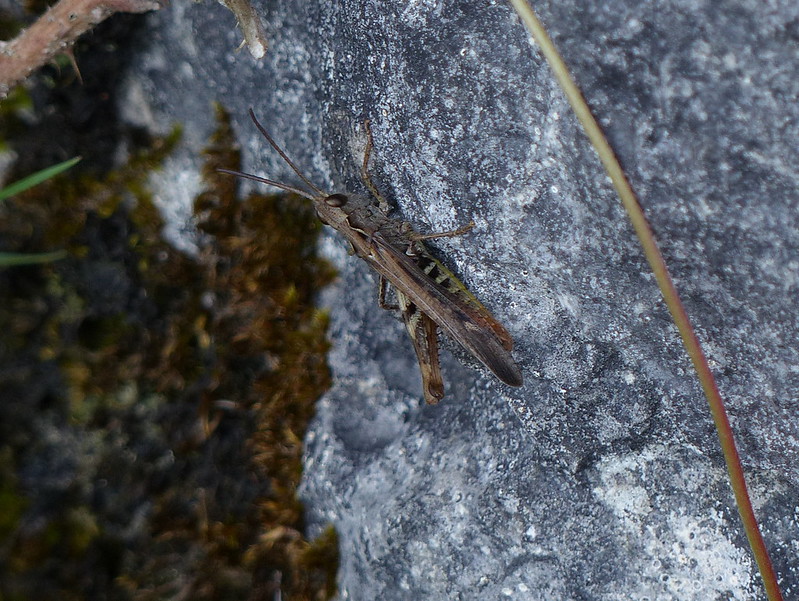 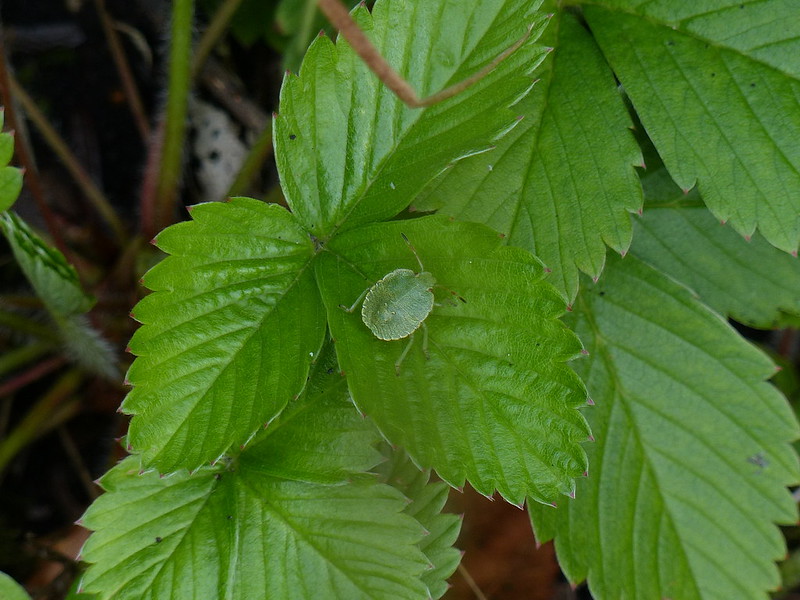 Although this doesn’t have the distinctive shieldbug shape, I think that this is a fourth instar of the Common Green Shieldbug – an instar being one of the developmental stages of a nymph. This website is very helpful. 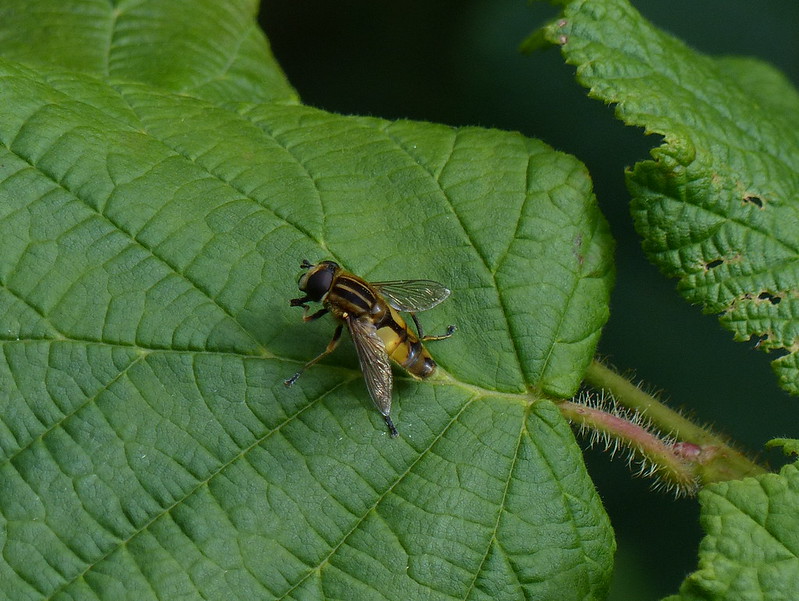 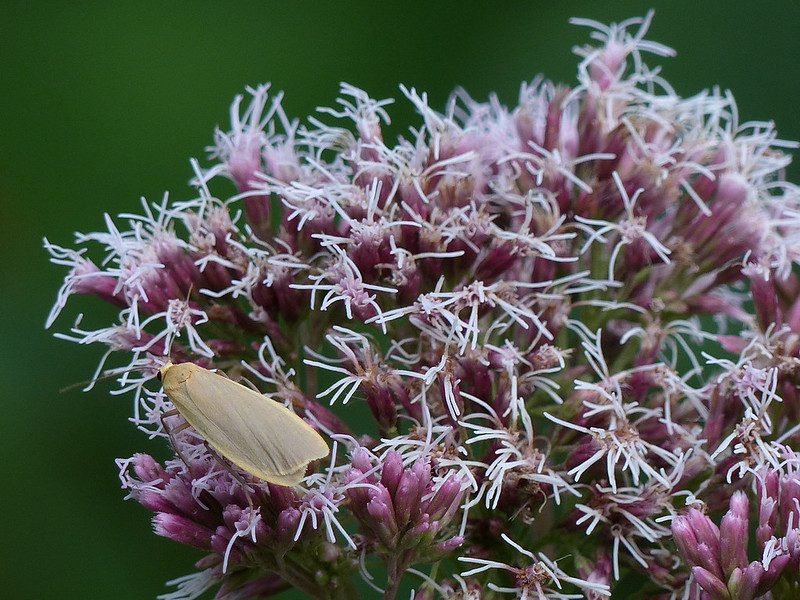 On a previous walk I’d been thinking that Hemp Agrimony, which is very common at Gait Barrows, was a disappointing plant in as much as it’s large flower-heads didn’t seem to be attracting much insect life, but that seems to have been a false impression, because on this occasion quite the opposite was true. 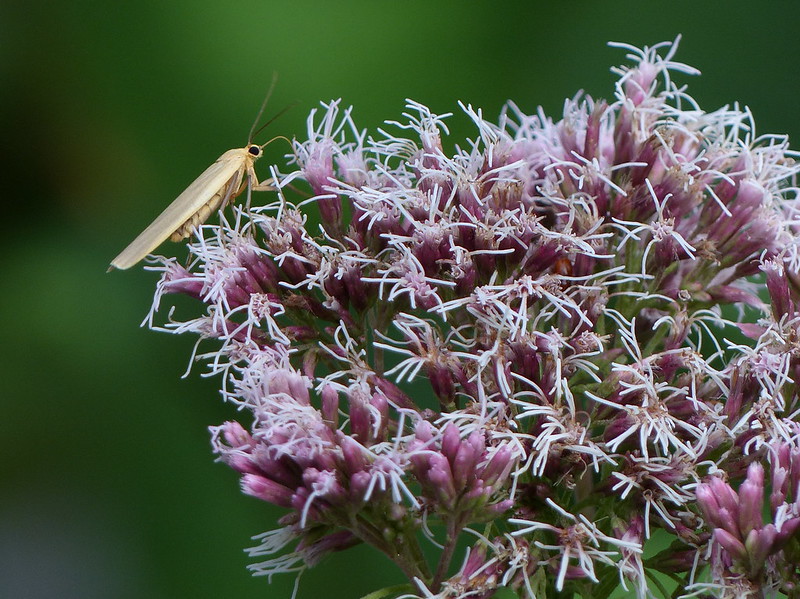 Buff Footman (I think), a moth. 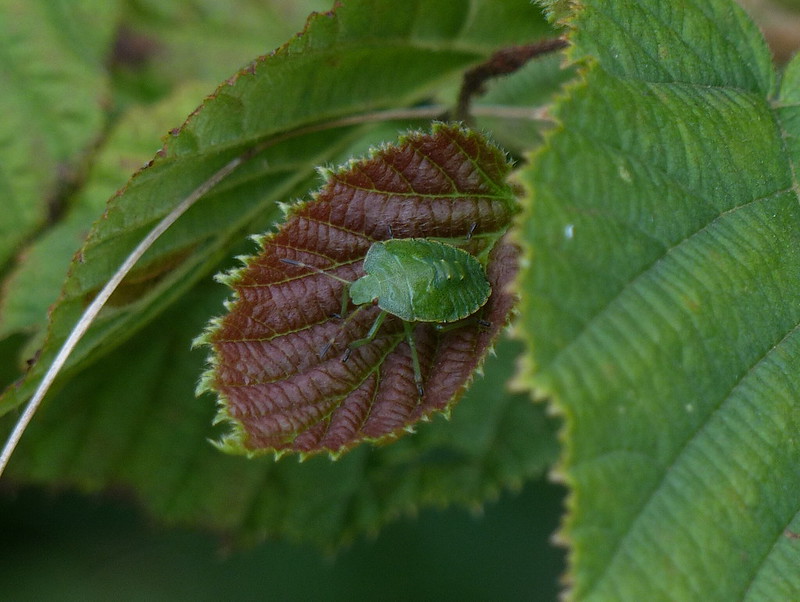 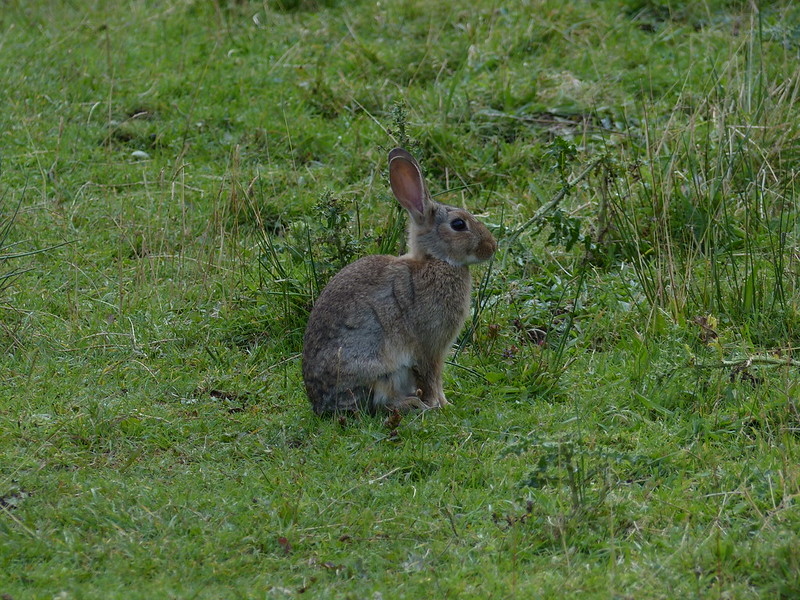 The verges of one particular overgrown hedgerow at Gait Barrows are always busy with Rabbits, which usually scatter as I approach, but two of them played chicken with me – not really seeming very concerned and only hopping on a little each time I got closer. 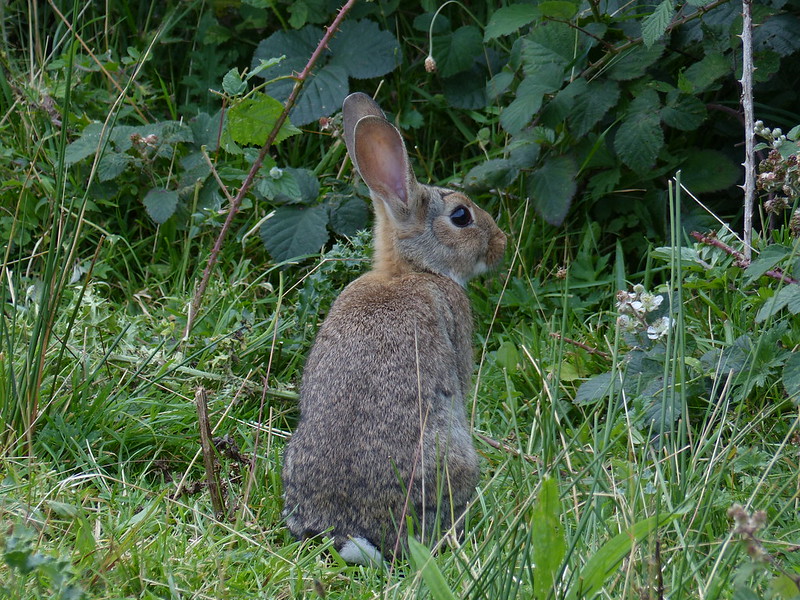 Time was marching on and I was keen to head for home, but I diverted slightly up the track towards Trowbarrow because I knew that I would find more Broad-leaved Helleborines there. These were much taller and more vigorous than the single plant I had seen earlier. 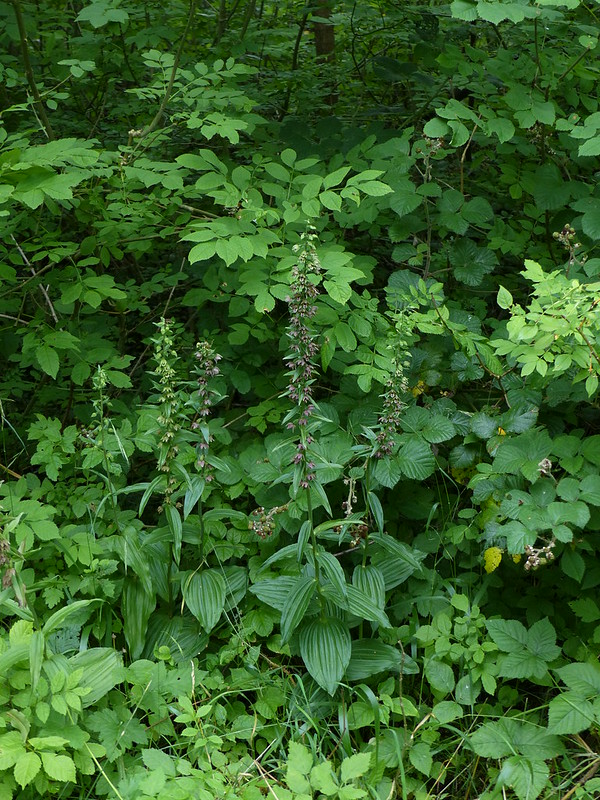 Curiously, there was a wasp feeding on the flowers, as there had been on the first one I saw. I noticed earlier this year that wasps seem to like Figwort, perhaps the same is true Helleborines. 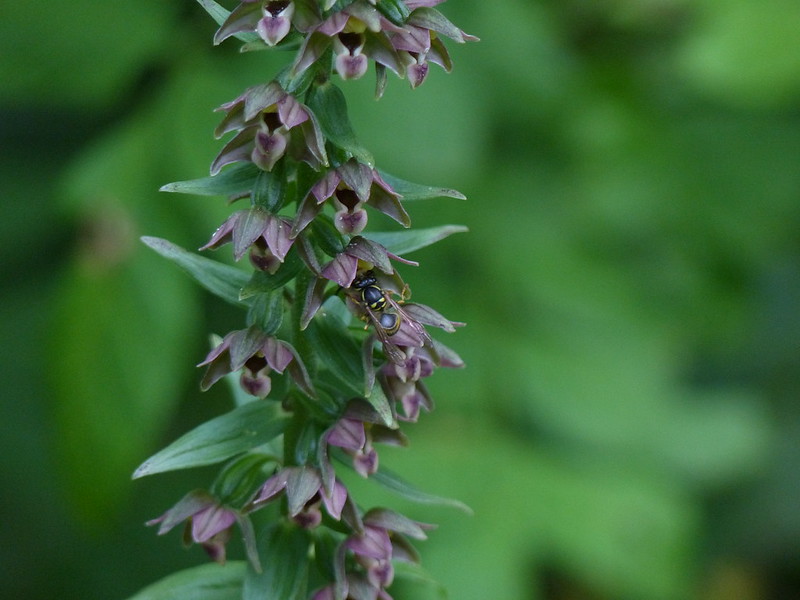 Figwort and Helleborine both have small, tubular flowers – it may be the case that wasps are well adapted to take advantage of this particular niche – different insects definitely favour different kinds of flowers. 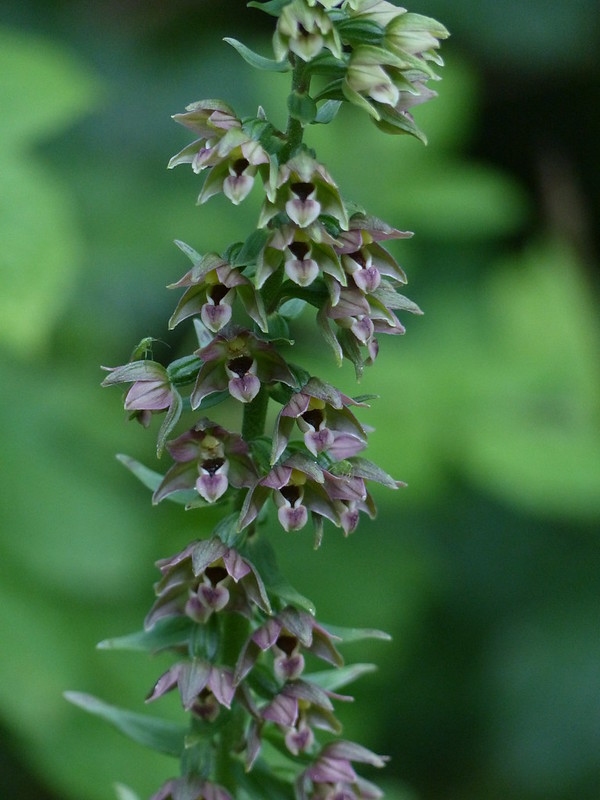