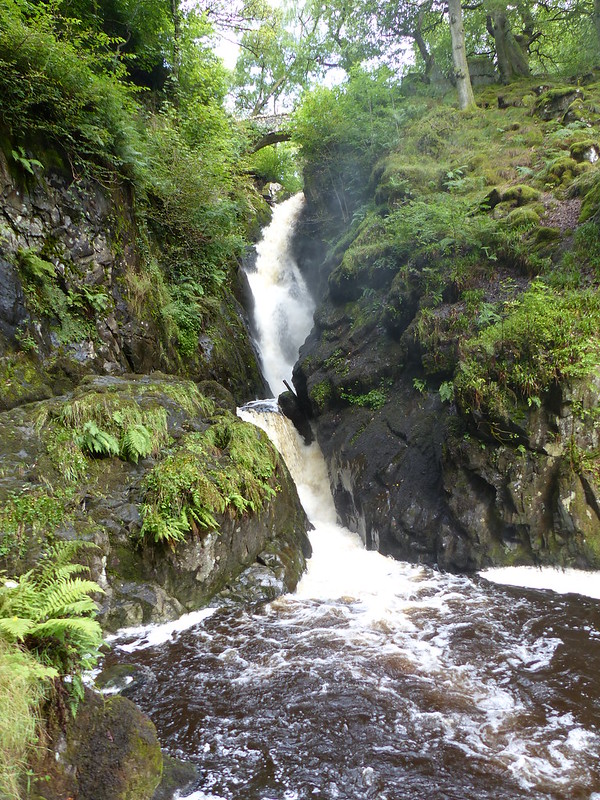 Once we had discovered that our friends had never visited Aira Force before, that seemed like an obvious thing to do whilst we were in the area. The main car park was full and we were quite lucky to get two spaces in the additional Park Brow parking a little up the road toward Dockray. We dropped down to the visitor centre where the kids discovered a bit of a playground… 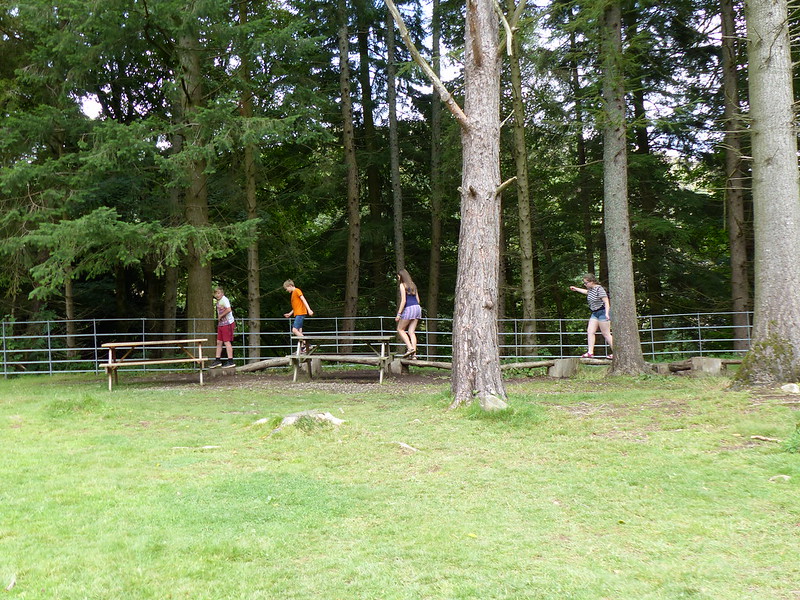 I suppose there will eventually come a point when they feel that they are too mature and sophisticated for this kind of thing, but it hasn’t happened yet and I’m in no hurry for them to get there. 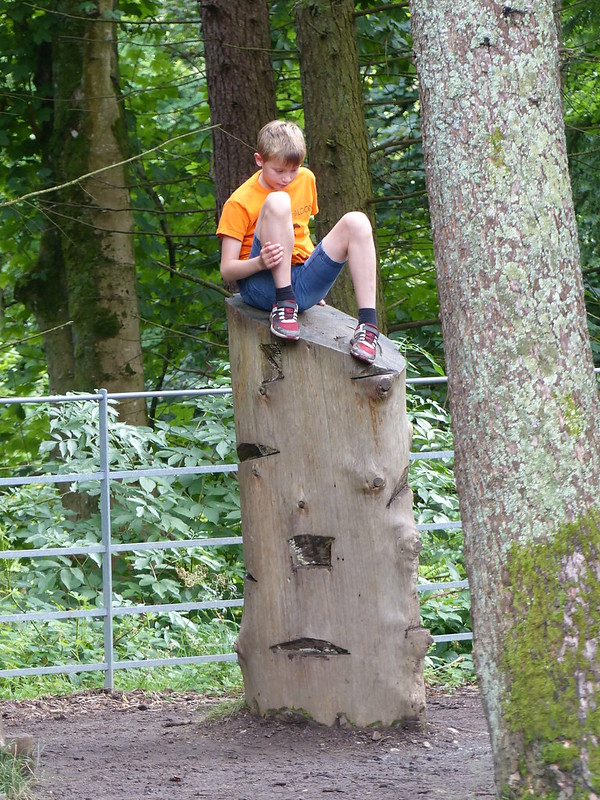 Of course, a good tree to climb is even better than a manmade substitute, a fact which B reminded me of when he appeared, grinning rather cheekily, above the roof of the snack kiosk. 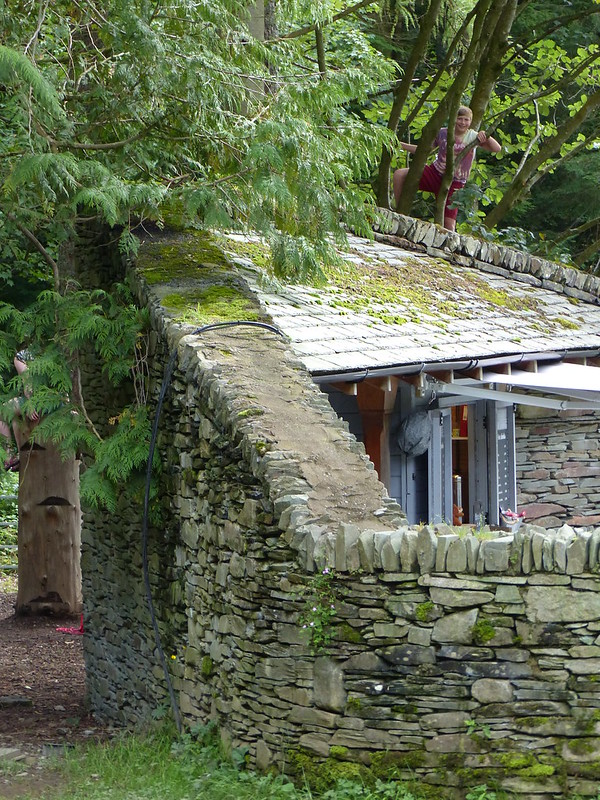 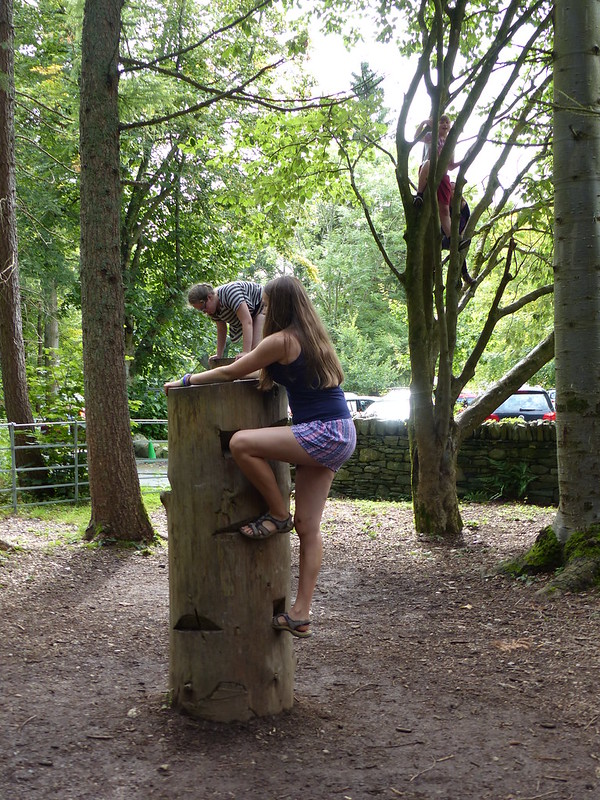 When we eventually got going again, our friend Little B (there were really too many people on this trip with christian names beginning with B!) , spotted this striking caterpillar… 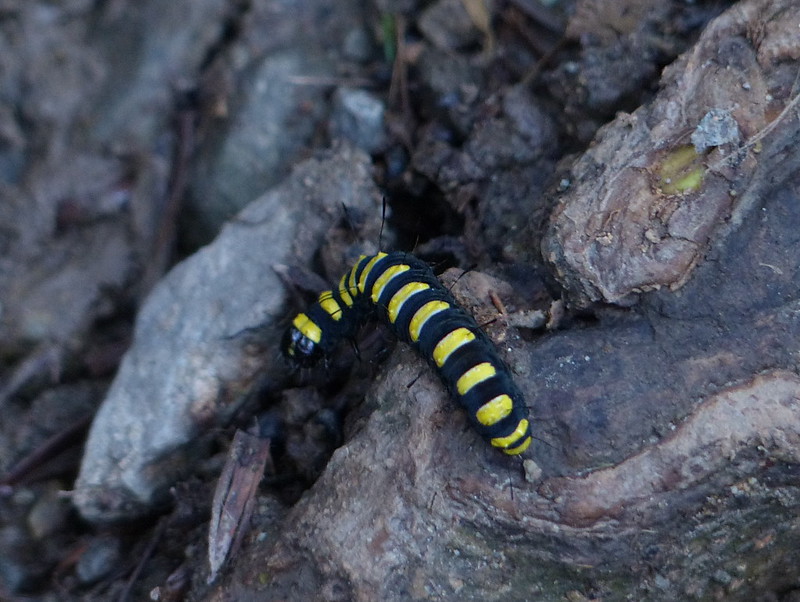 …determinedly making its way across a very busy path. 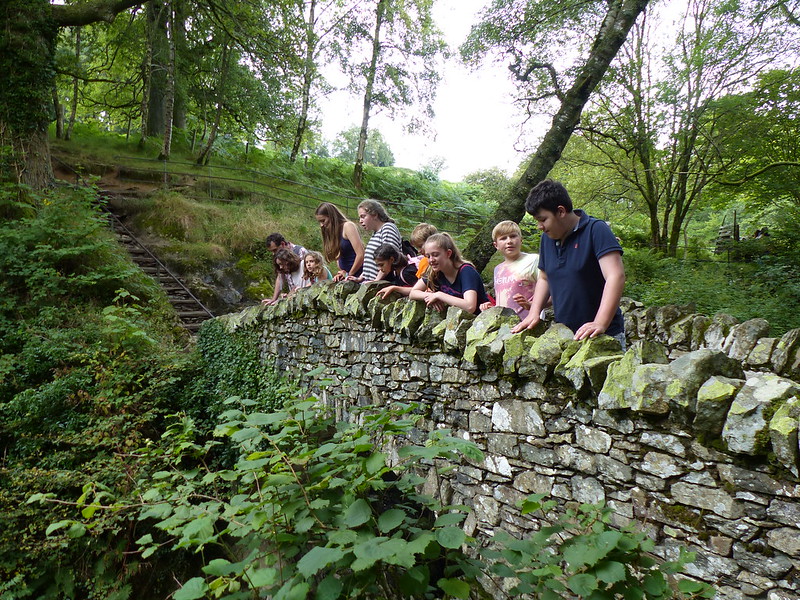 On the bridge below Aira Force. 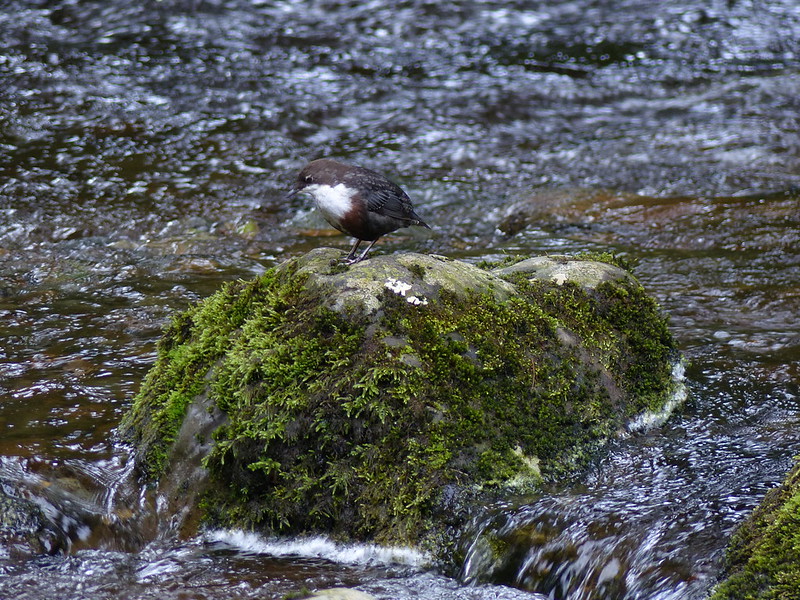 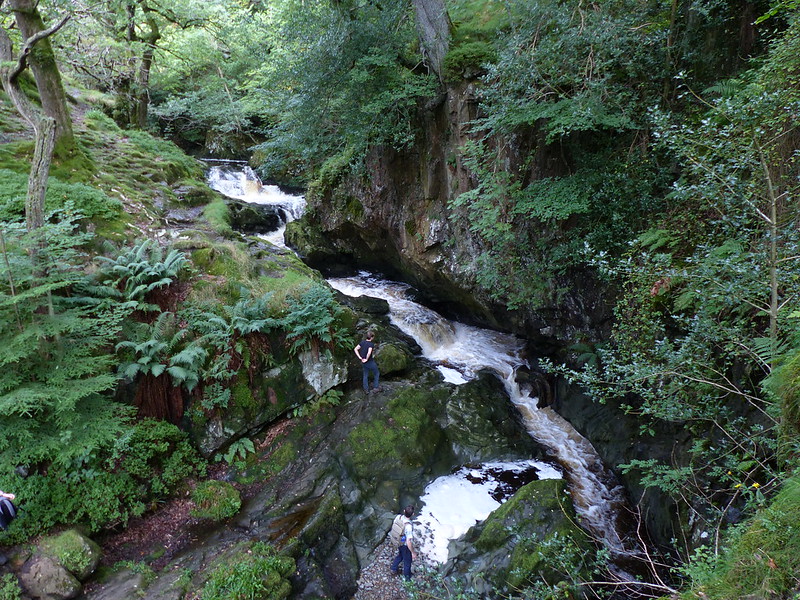 Our route was a simple one, we followed the paths up one side of the stream and then came back down on the other side. 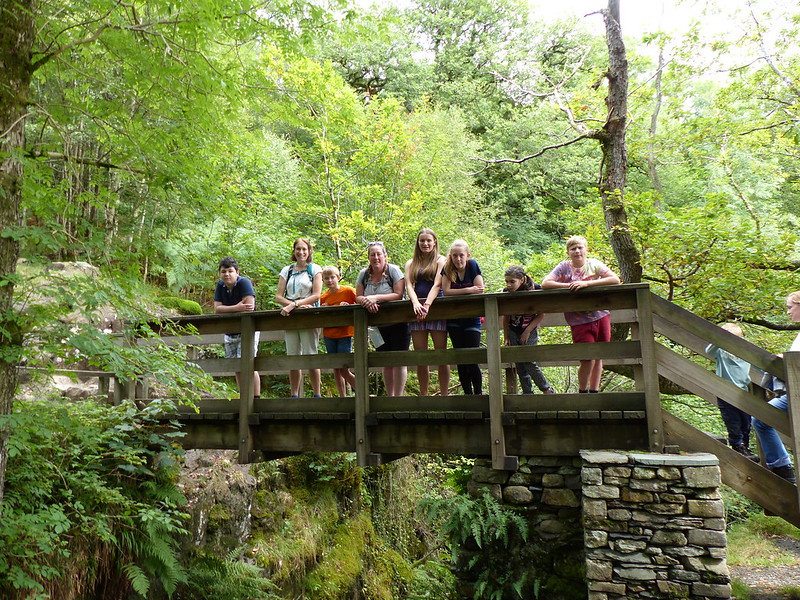 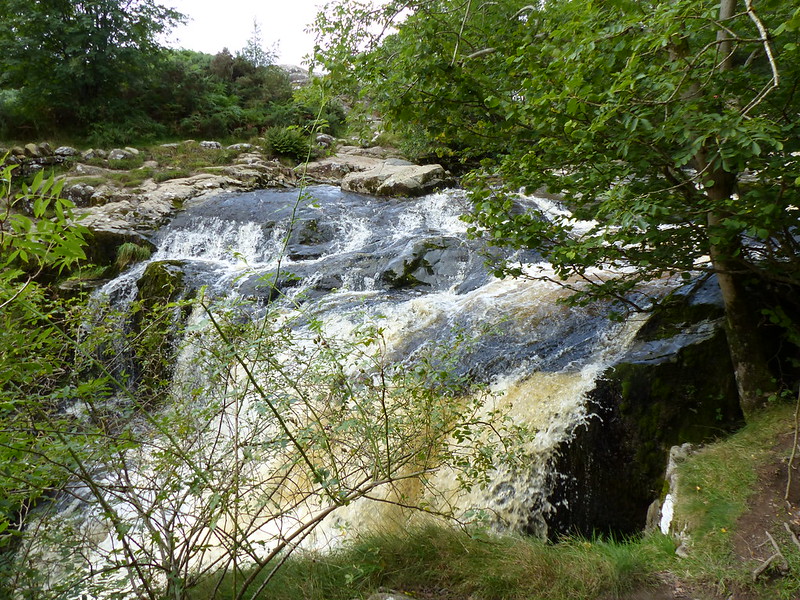 Little B is something of a kindred spirit; she loves nature and took lots of photographs. She will surely have a blog of her own in years to come. There were quite a few toadstools emerging in the woods and she was evidently fascinated. When we came across this enormous specimen… 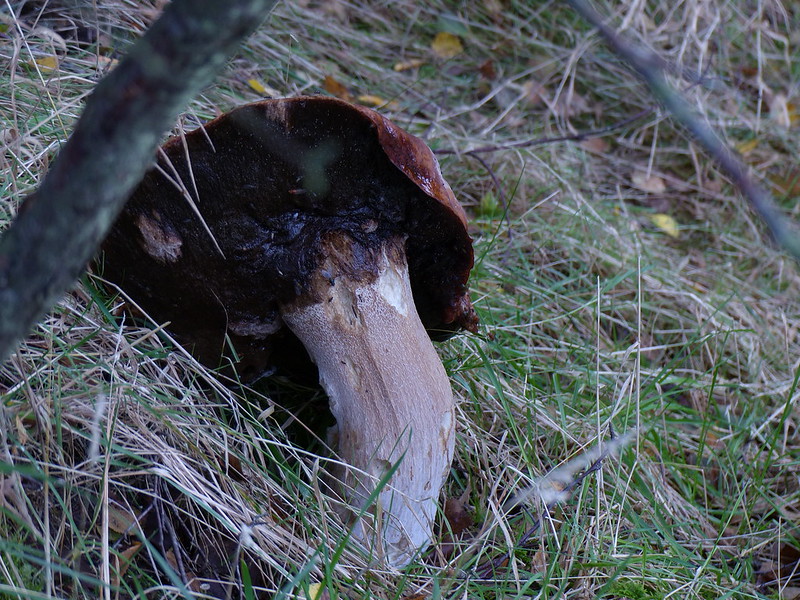 She stood by it to give me some scale. 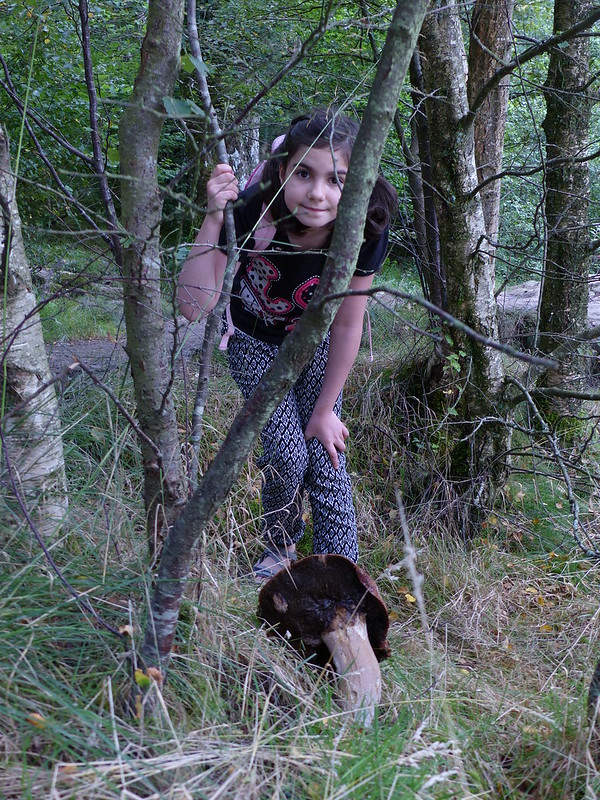 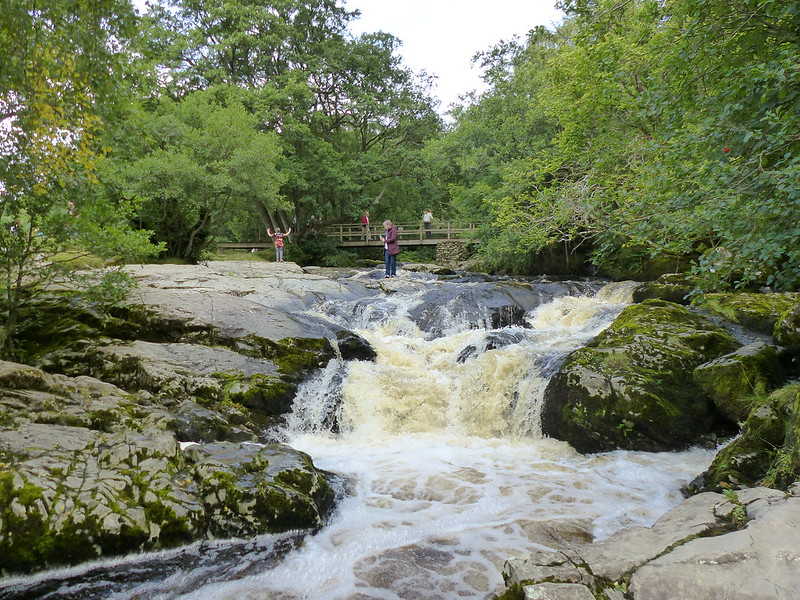 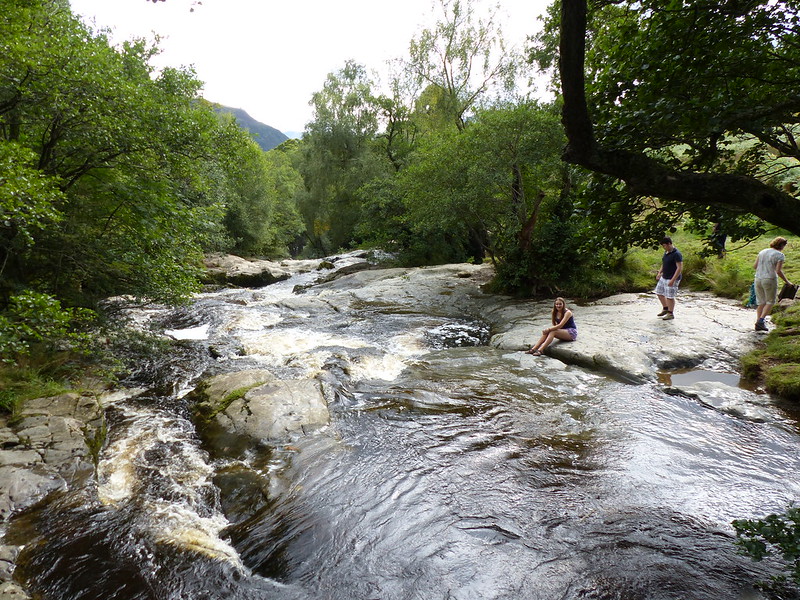 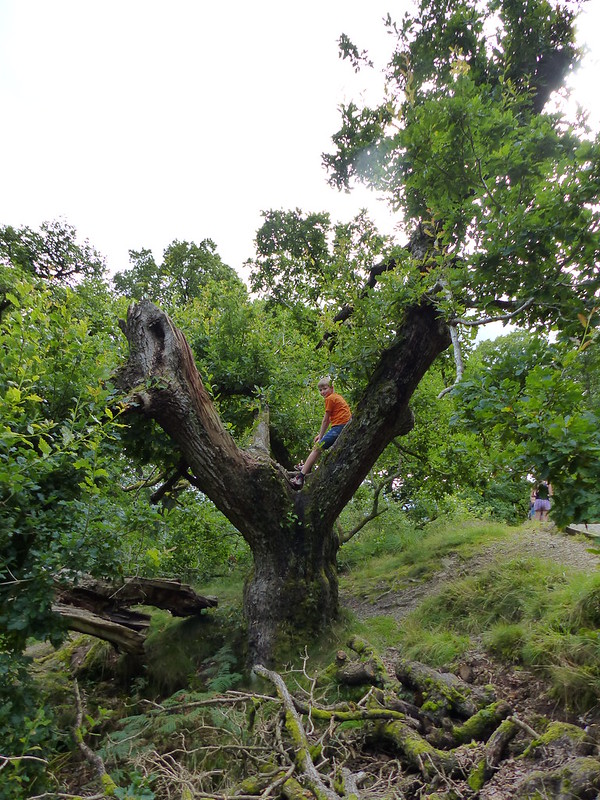 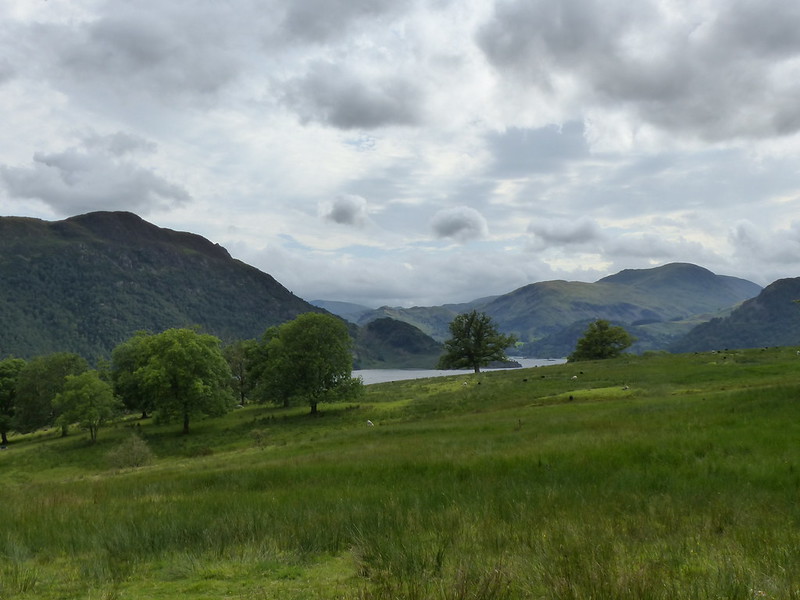