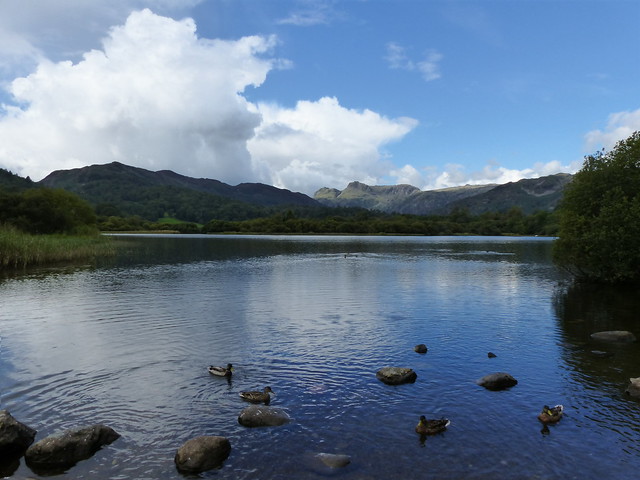 How appropriate, after a post about favourite walks, that in my next bit of catching up from the summer hols, I’m recounting a walk which, in slight variations, I’ve walked many times, in all seasons, in all weathers, alone on occasions but often with big groups of friends and which definitely qualifies at least as one of my favourites, particularly for when time is short, or the forecast is a bit iffy. 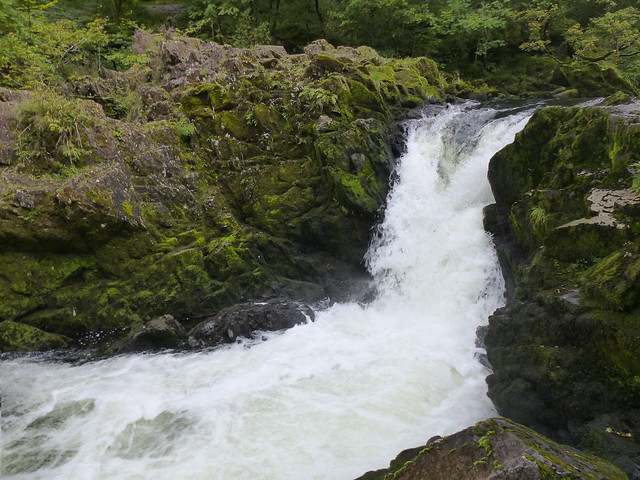 A dodgy forecast was partly responsible for us choosing this route. We were going out with our friends Beaver B and G and their family again; the original plan had been to get the boats out on one of the lakes, but with showers, possibly prolonged, expected, we decided that a low level walk was a better option. We’d actually run through a number of alternatives the night before and it was eventually G who suggested something in this area. 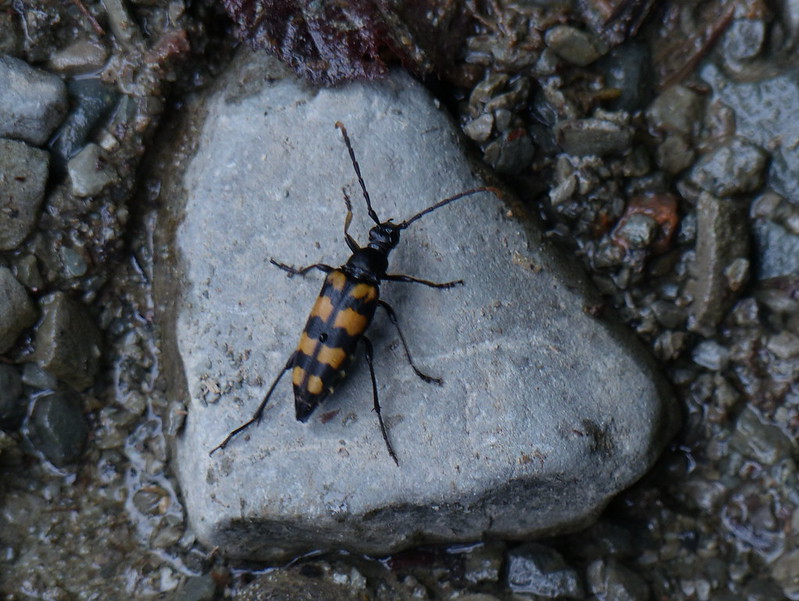 This was spotted by Little B pretty much at the top of the track between Langdale and Little Langdale and it led us both a merry dance as we tried to photograph it in damp and gloomy conditions. It’s led me on another merry dance as I’ve tried to identify it – I was struck by it’s superficial resemblance to the Sexton beetle which I photographed recently, which wasn’t helpful because this is not even a closely related species.

We’d had drizzle, then a bright spell as we lunched by Elter Water, then rain as we climbed up and over into Little Langdale. Now it began to brighten up. 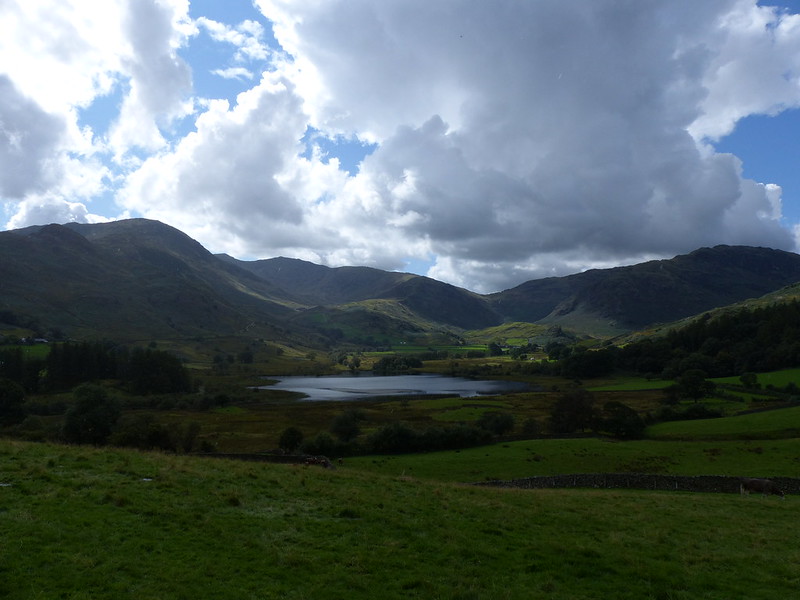 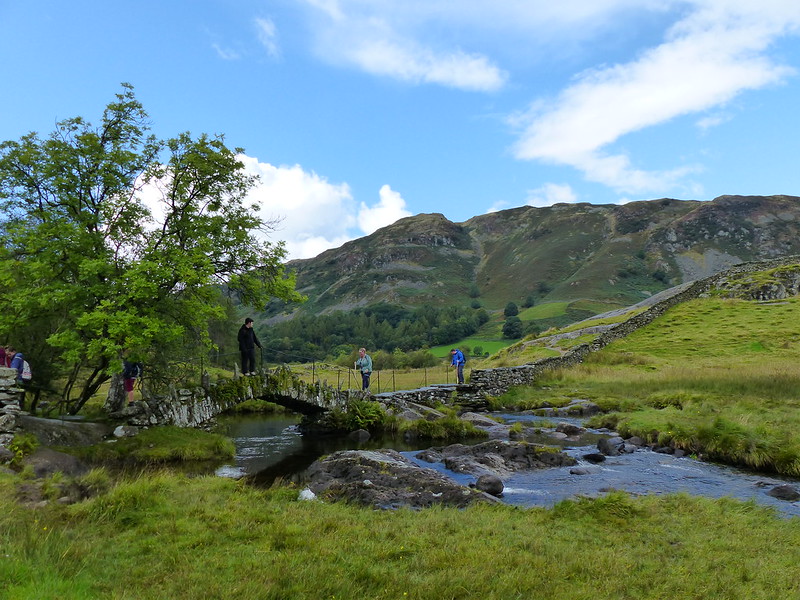 Over Slater’s bridge and heading along Little Langdale we paused a while to watch cyclists riding their bikes through a ford on the infant River Brathay and then, a little further along, spotted a Roe deer down by the stream. 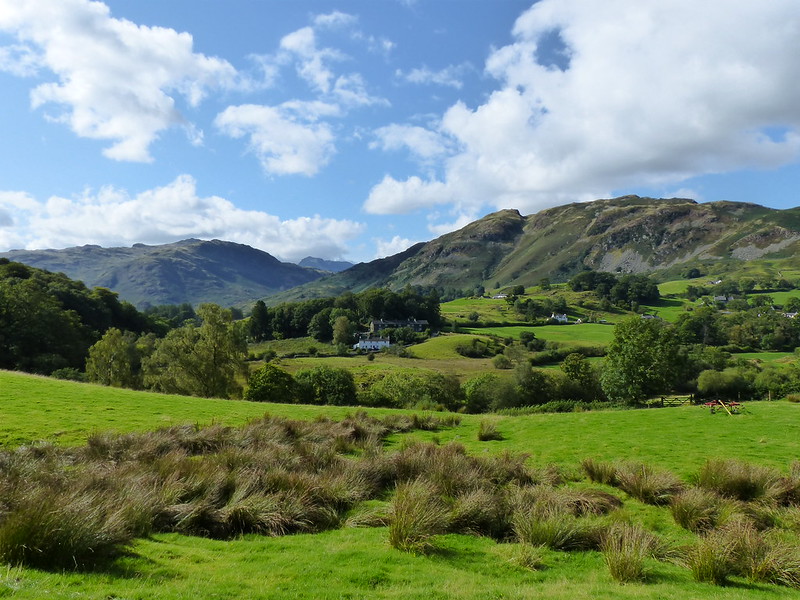 Little Langdale. Blake Rigg on Pike O’Blisco and Busk Pike on Lingmoor behind. 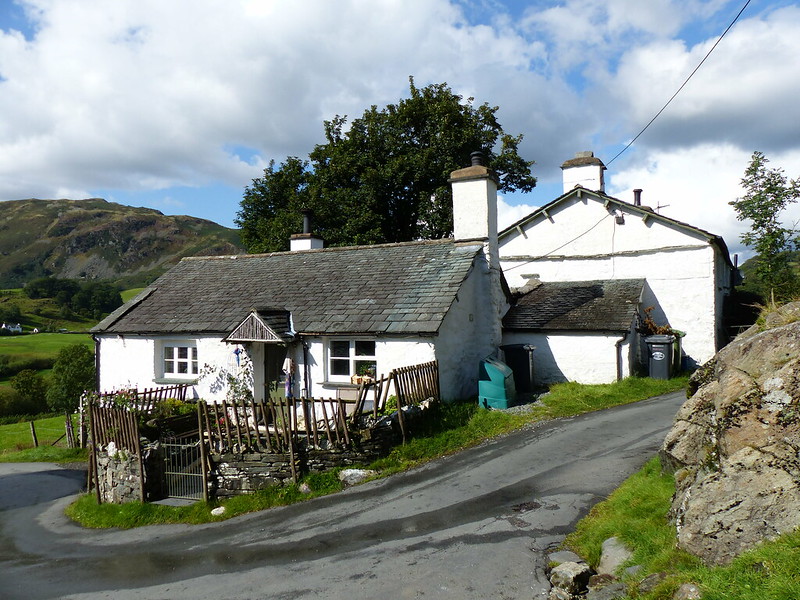 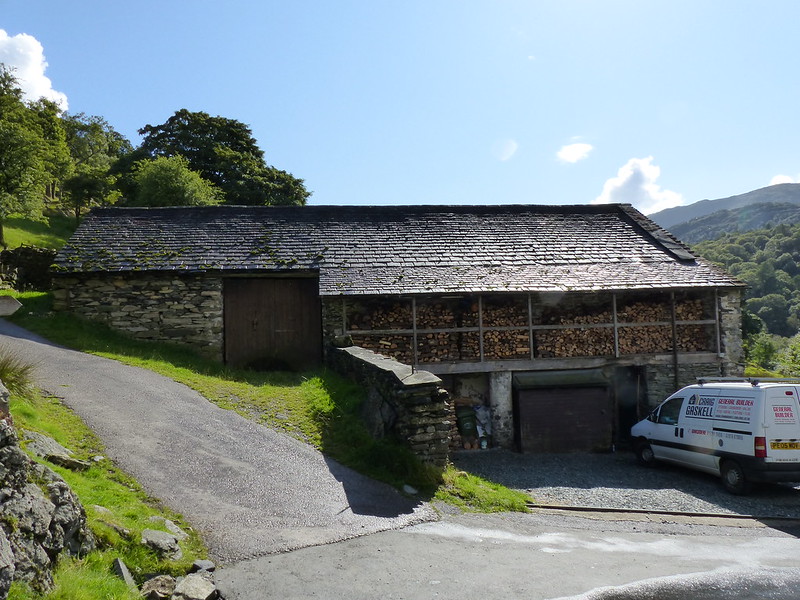 The barn at Stang End with it’s impressive tiers of stacked fire wood.

Our perseverance through the rain was paying off now with some beautiful warm, sunny weather. The garden at Stang End was busy with Red Admiral and Peacock butterflies sunning themselves. 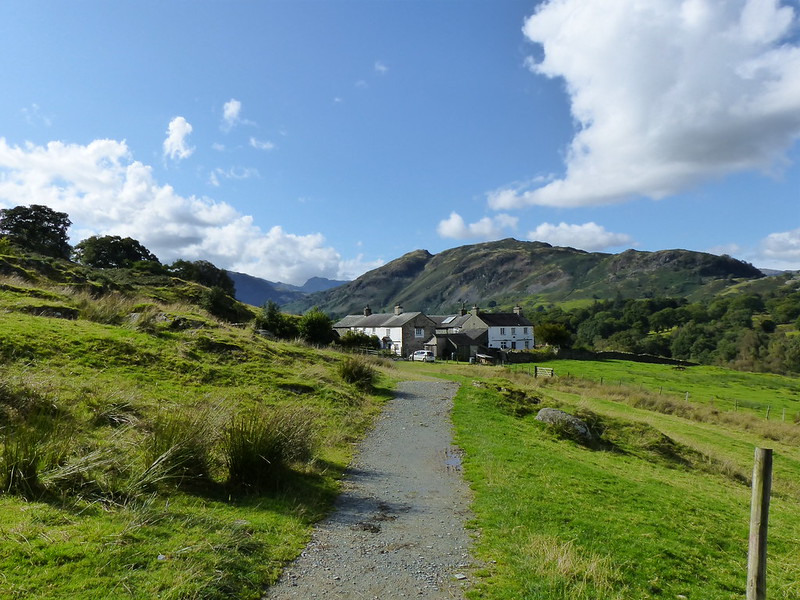 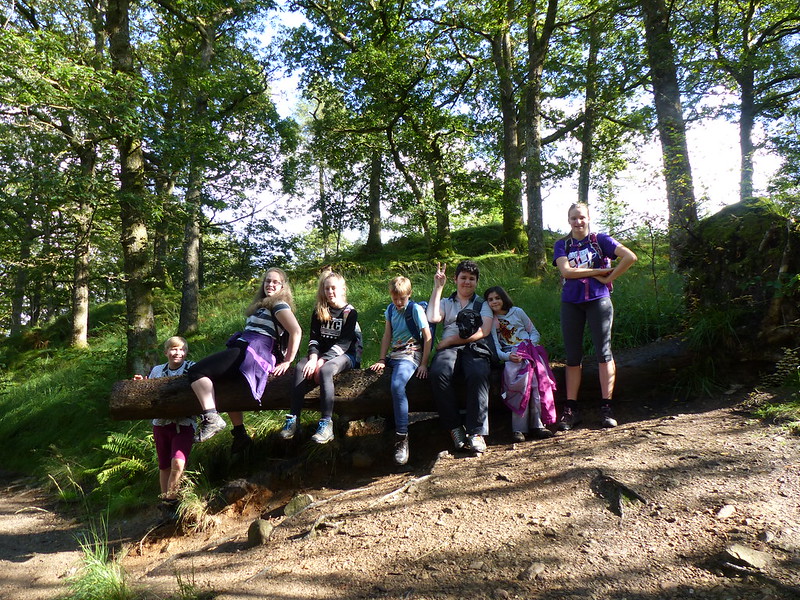 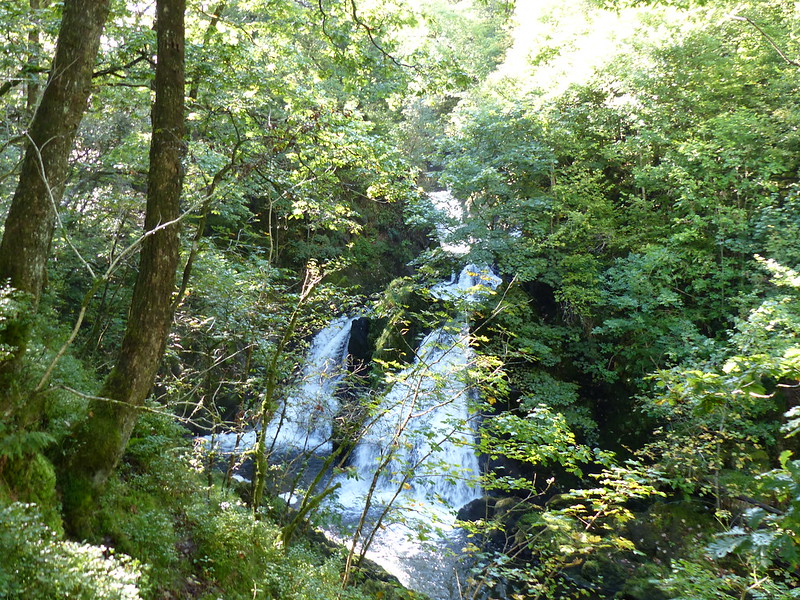 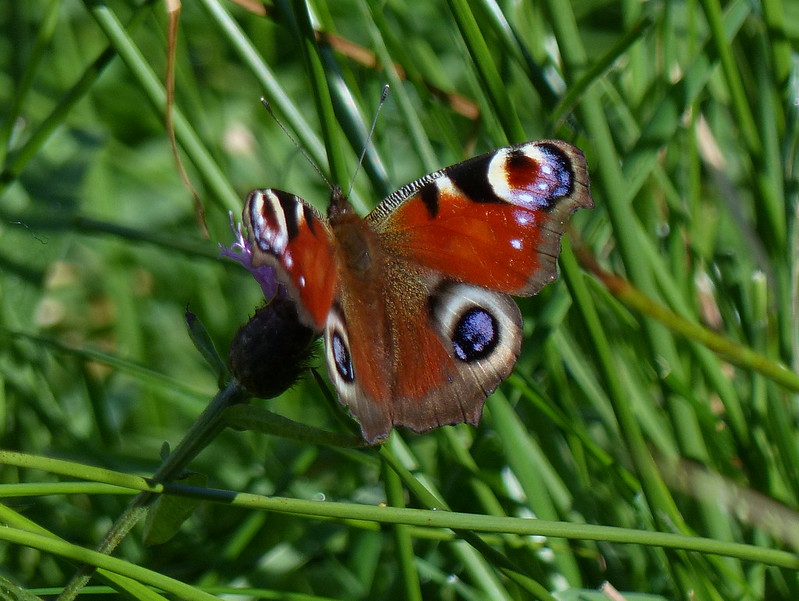 We interrupted this large beetle, here already scuttling for cover, as it was preying on the earthworm seen in the top left of the picture. 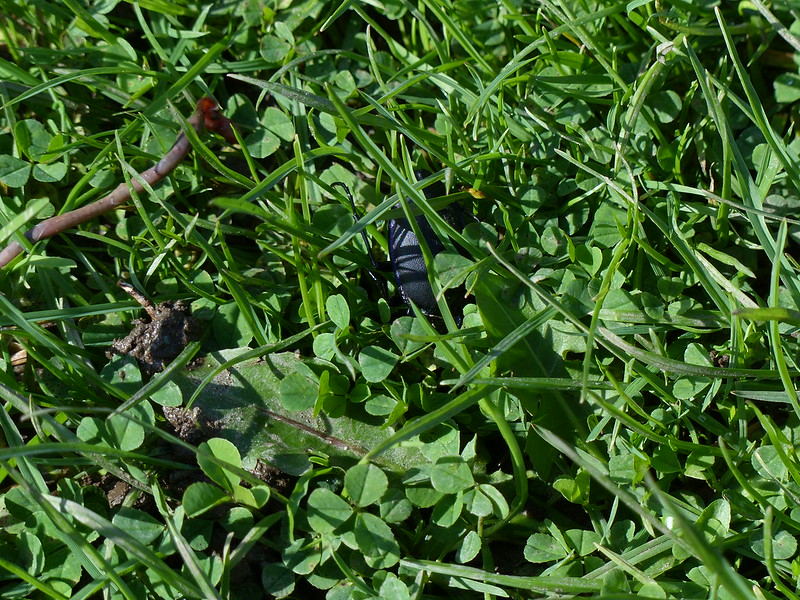 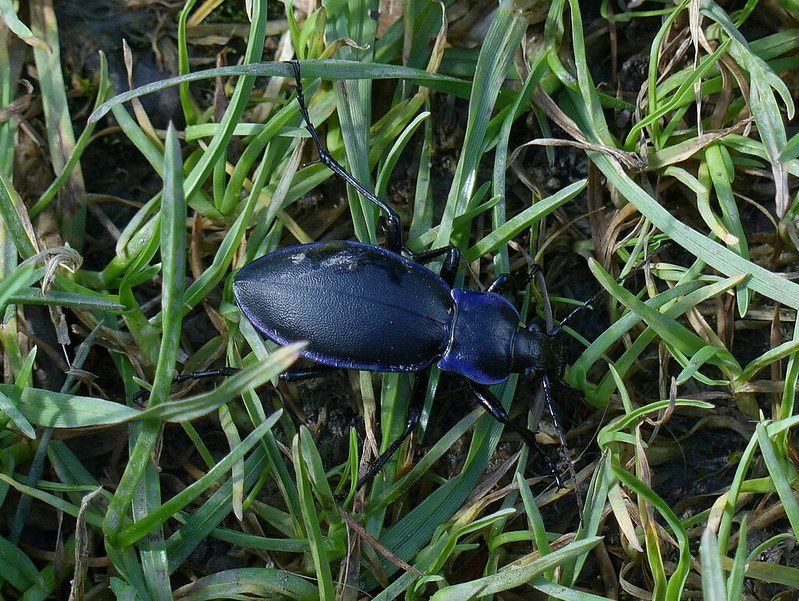 I’m reasonably sure that this is a Violet Ground Beetle, Carabus violaceus, although there are several very similar species of large, black beetles which also have that violet tint. 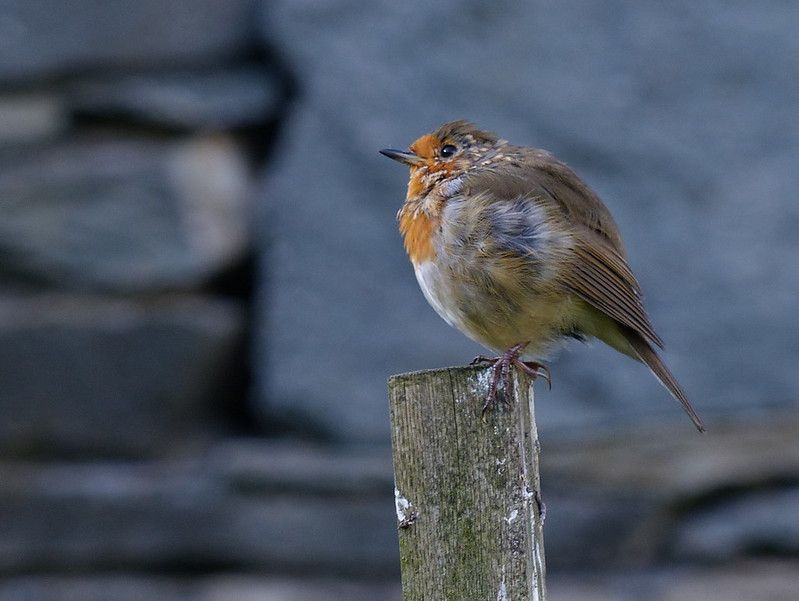 I haven’t featured a Robin in the blog for an unusually long time. This one looks a bit tatty,  but juvenile Robins have speckled feathers, which are moulted at around two to three months, so could this be a juvenile, born in May or June, which has almost changed into adult plumage? 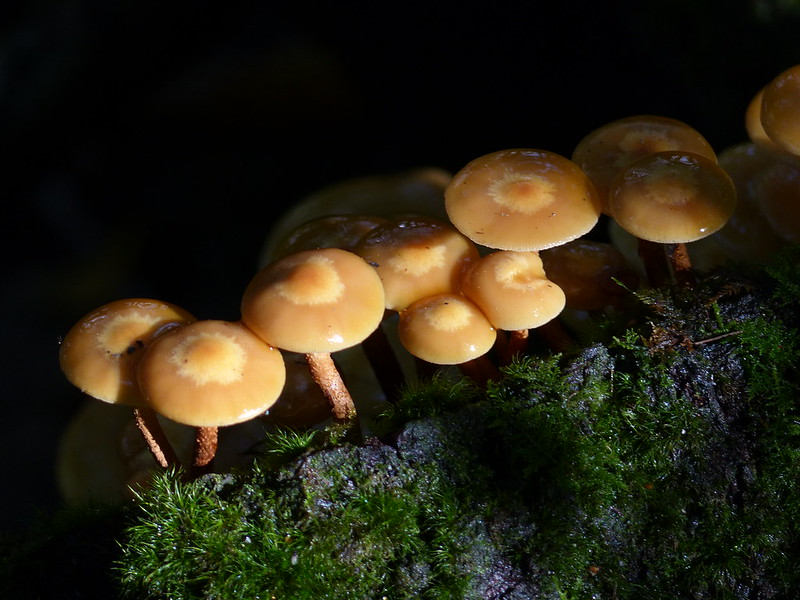 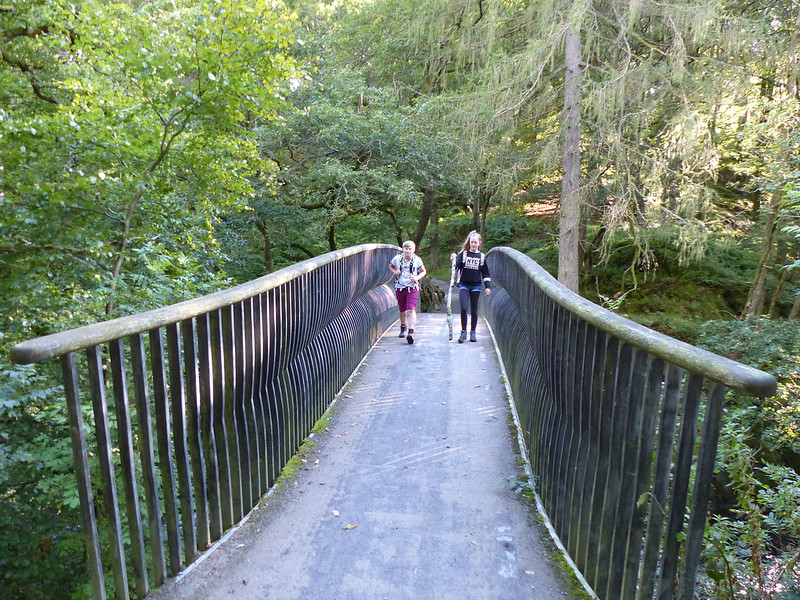 Almost back, crossing the footbridge near Skelwith Bridge. 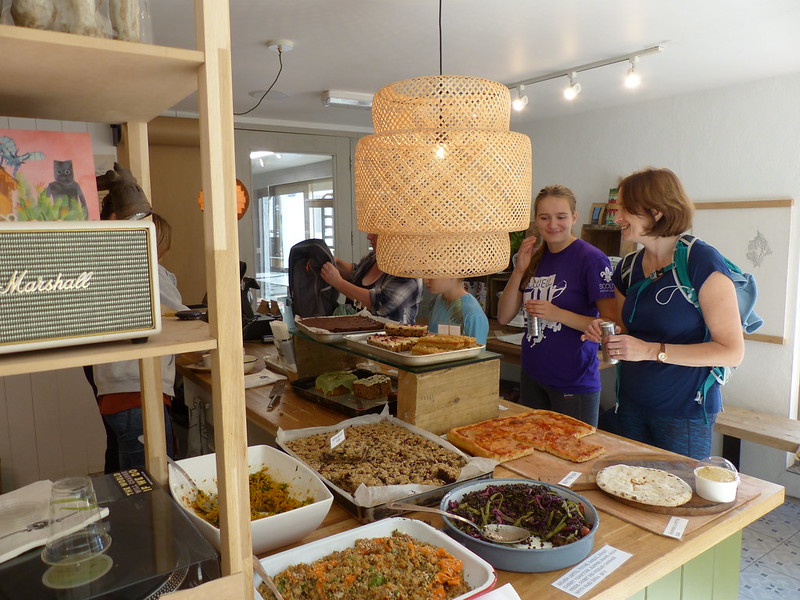 We were quite late finishing, having not set-off particularly early, and had wondered whether the promised tea and cake at Chesters By The River would be thwarted, but the new take-away section (well, new since I was last there) was still serving, so a mutiny by the kids was averted. I had the beluga lentil dish, seen near the front of the counter above, as an alternative to cake, and very nice it was too. Chesters, both cafe and shop, had been very busy when we had passed earlier and their success seems well deserved. If only they would reinstate the missing apostrophe in their name, I could thoroughly recommend a visit.