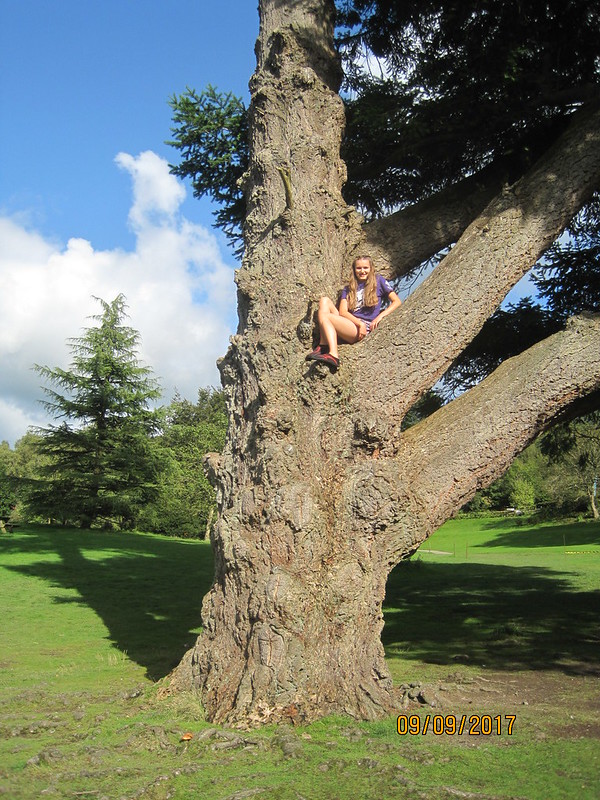 We were at Fellfoot park with a bunch of friends from the village, for the annual church picnic. To us the park has become Fell-ten-foot Park because of Little S’s unfortunate experience here: our family has track record with tree-climbing accidents. I spotted A high in the tree and decided to take a photo. She managed a smile, as you can see, but was hissing at me, not wanting to attract the attention of our friends, but wanting a private word with me:

After taking this ideal opportunity to lecture a captive audience on the inadvisability of climbing anything you aren’t absolutely sure you can definitely climb back down, I relented and helped her find the good footholds on the knobbly trunk which she was having difficulty picking out from above. 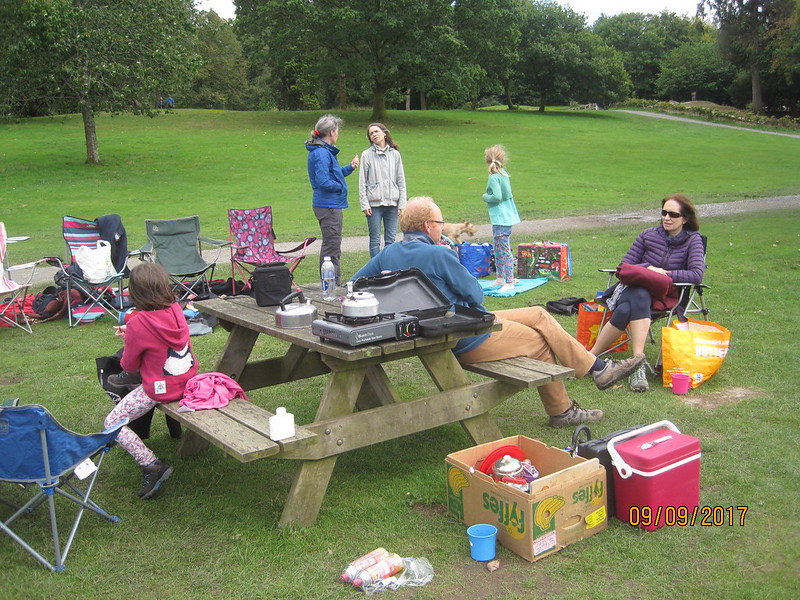 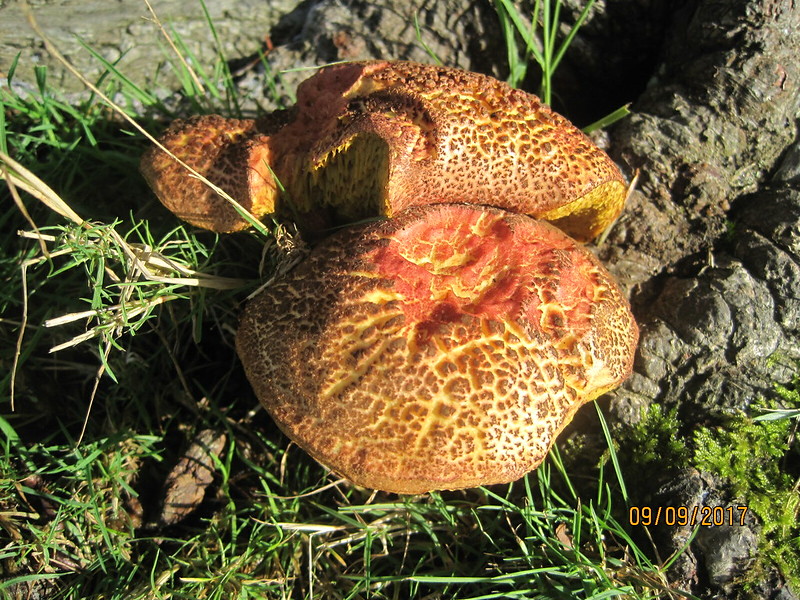 The weather was very changeable and would eventually have us abandoning our idea of a barbecue in the park. However, this didn’t deter The Tower Captain from taking his Mirror Dinghy for a row… 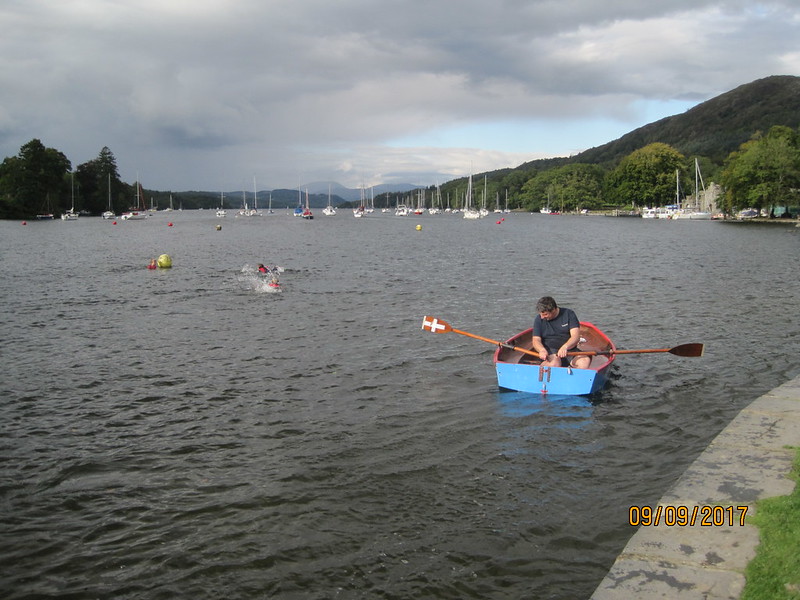 …or the boys and their friend E from swimming to the far bank. This was some feat, because, after rain, this bottom end of Windermere has quite a strong current. 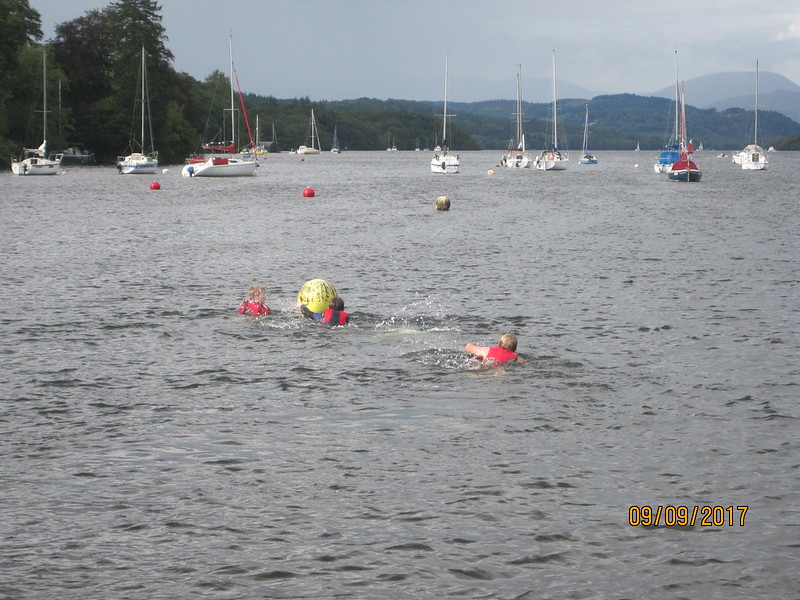 A and I also took one of our inflatable canoes out, which she described as ‘extremely relaxing’; presumably much more enjoyable than being stuck up a tree.

I chatted to a National Trust volunteer about photographs of camping pods which were on display and she told me that the plan is for the Park to become a campsite, or perhaps, in part a campsite. Apparently it has been one in the past. The Trust’s campsite at Low Wray, at the far end of the lake, was fully booked for the entirety of August when I tried to make a booking, so more capacity for camping on the lake shore seems like a sensible plan.

How Do I Get Down?