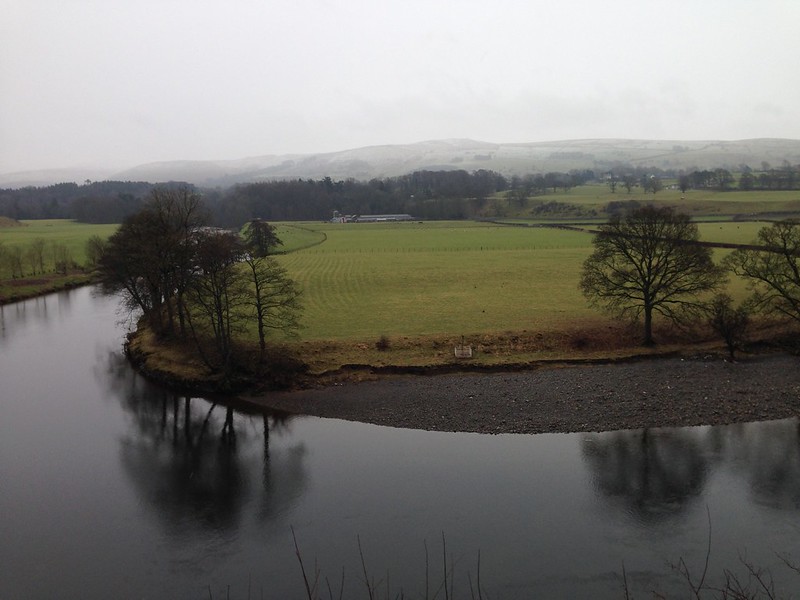 By contrast with the Saturday, when the forecast had been a bit misleading, Sunday was every bit as foul as had been predicted. We had frost, hail, snow, fog and rain, rain and more rain. Little S was the lucky one – his rugby training was switched to the Sports Hall at the school, but B was outside on frozen ground with snow falling. Earlier in the week, when B had evening training, I’d walked along the Lune as far as Devil’s Bridge, which in the daylight is a very pleasant walk. It was okay in the dark too, but lacked a bit for views. Which is a shame, because the route passes Ruskin’s View, of which John Ruskin, poet, artist, critic, and all round good egg, said ‘one of the loveliest views in England, therefore in the world’.

So I went back for a proper gander on Sunday. Even on a miserable day it didn’t look too bad.

Also, I discovered that the panorama function on my ‘new’ phone works rather better than the one one on my camera. 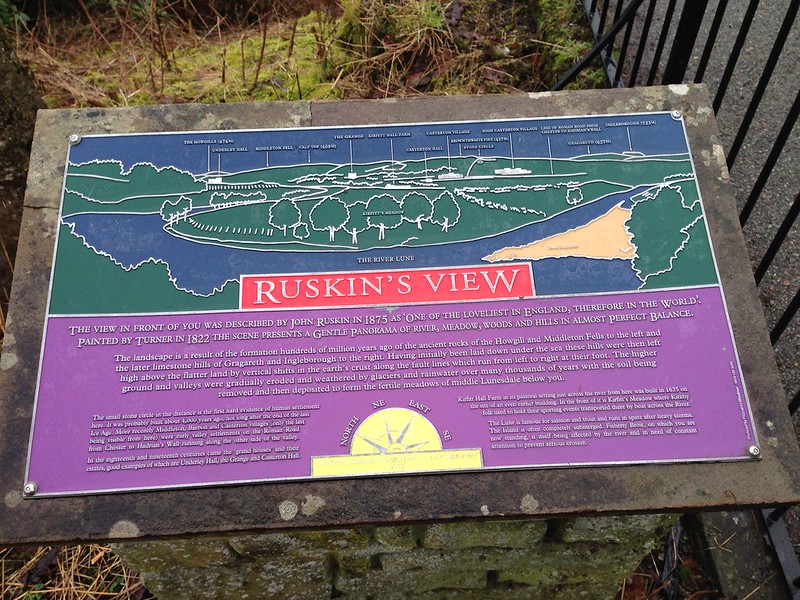 I had a little wander around Kirkby Lonsdale. It’s a very picturesque place which deserves further exploration, perhaps when the light is better. 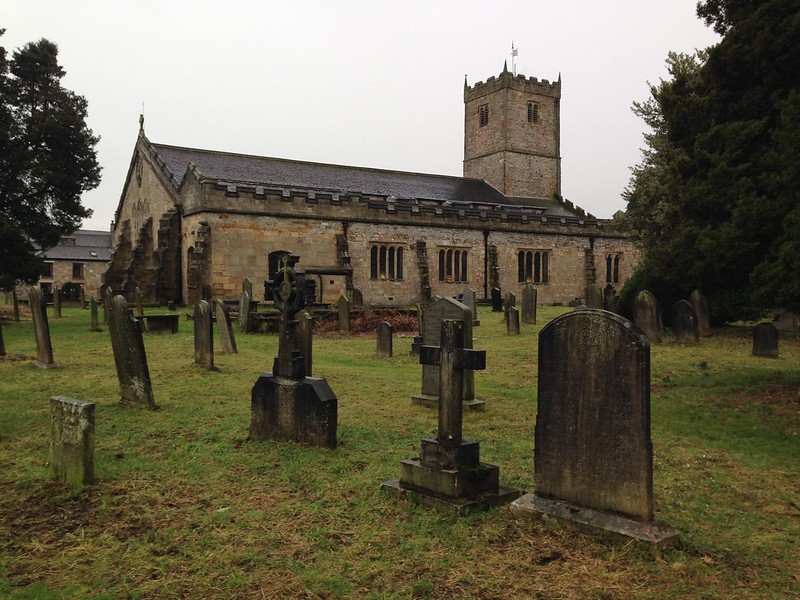 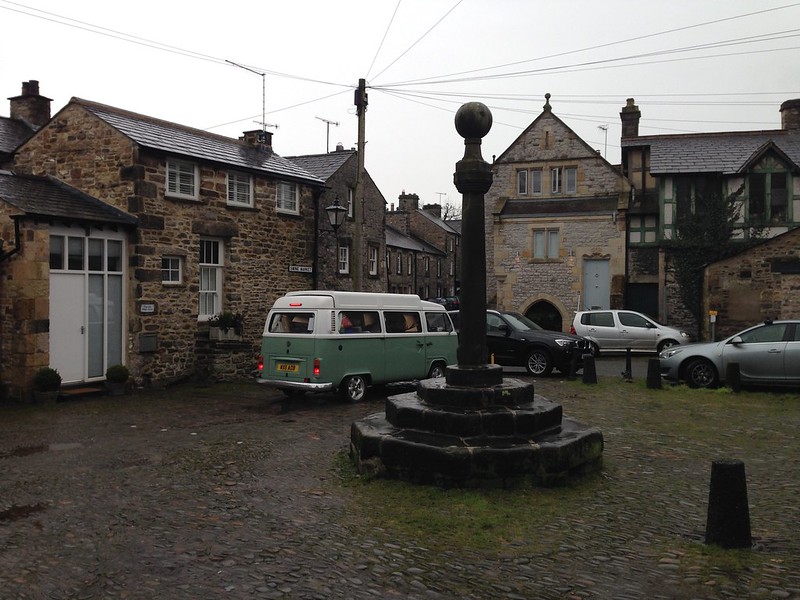 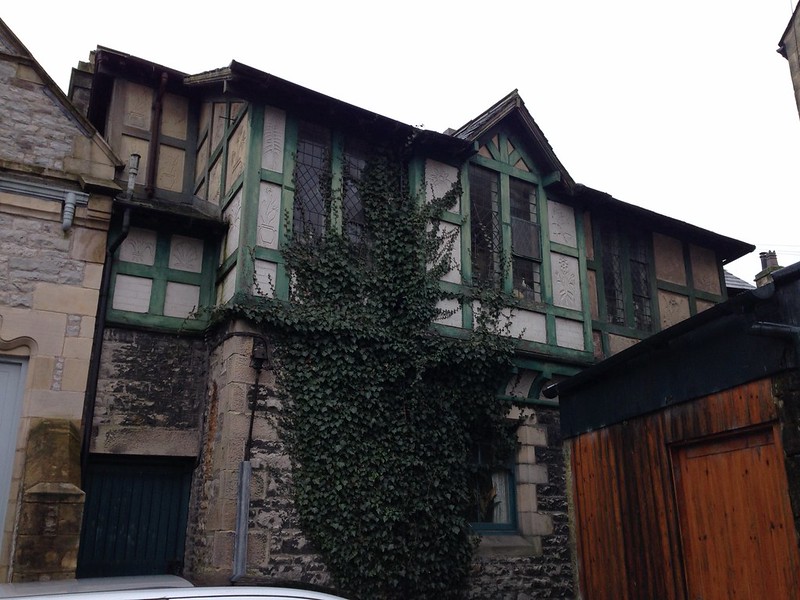 Tudor, mock tudor? The panels have clearly been decorated in the past. 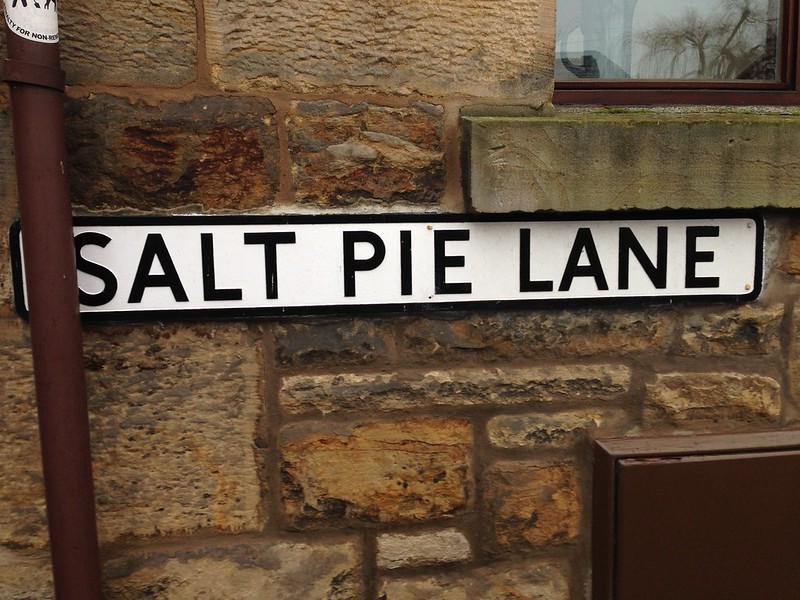 Apparently the story is that Salt Pie Lane is so named because an enterprising lady used to sell Salted Mutton Pies here. The salt made her customers thirsty and drove them to the local hostelry – which was owned by one of her kinsfolk. Crafty! 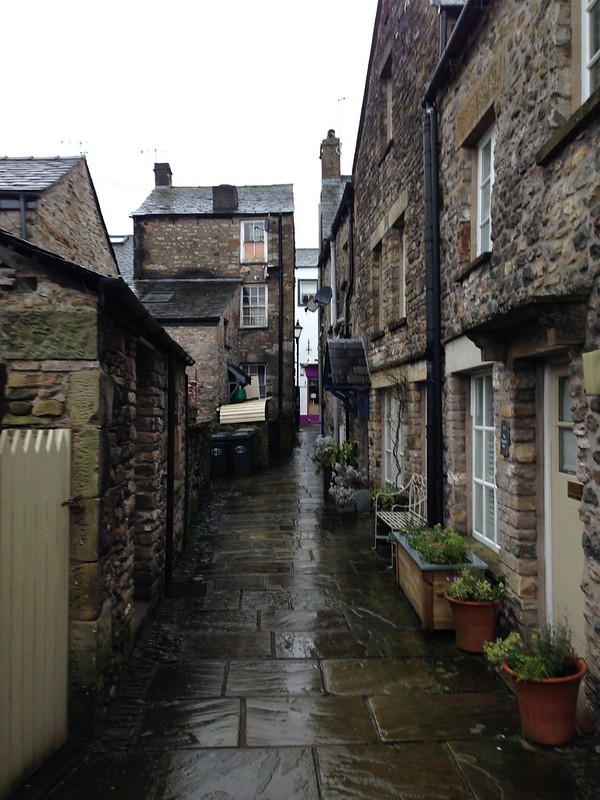 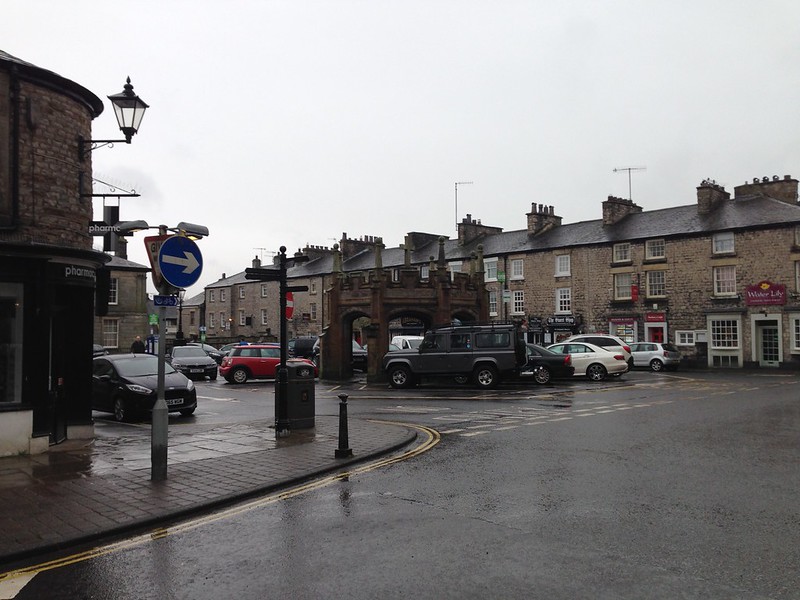 Later, the rain slackened off briefly, lulled me into a false sense of security and I went for a local wander. The rain didn’t hold off for long and I got drenched. I did find some Snowdrops flowering by the track which runs past our house though. 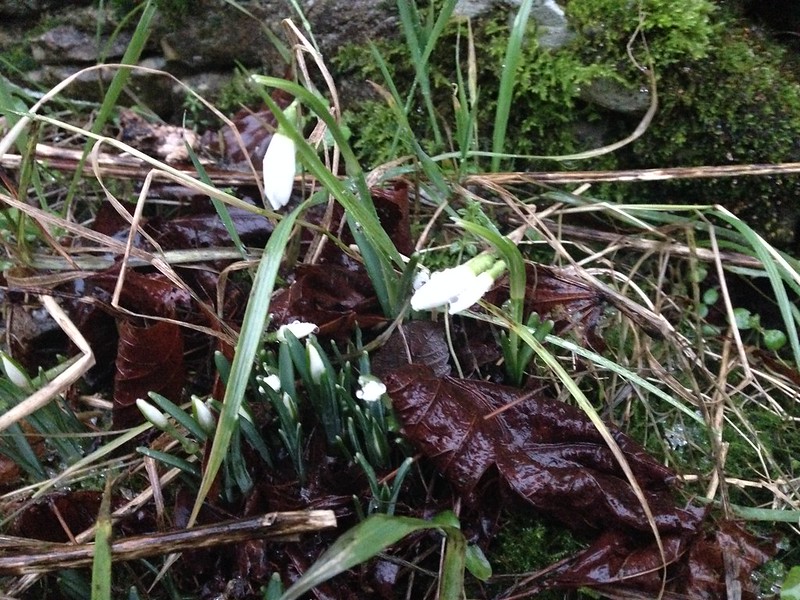 4 thoughts on “Sunday Morning Coming Down”