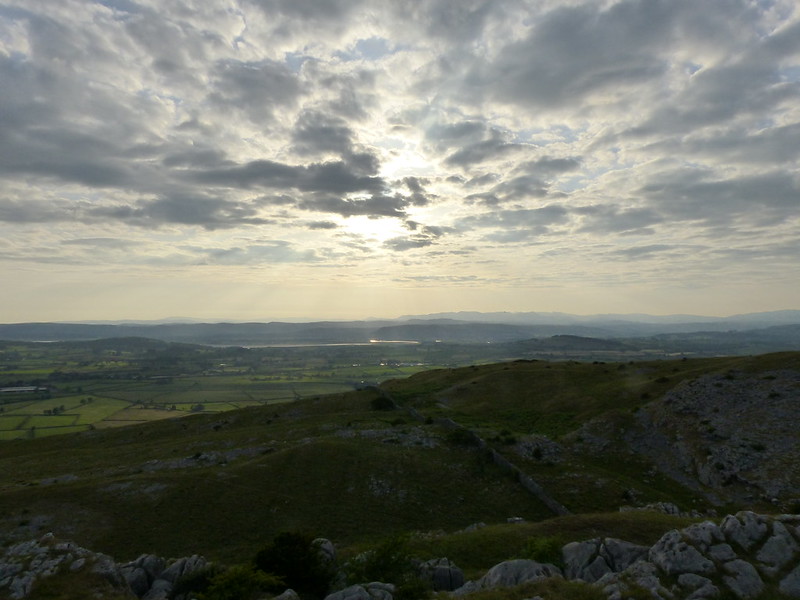 The Explorer Scouts, with A amongst them, were trying out scree running on the slopes of Farleton Fell. Since it would fall to me to either take A and her friends or collect them, I decided that I would do both, earn double the brownie points, and get out for a walk of my own whilst I waited for them to finish. I dropped them off near Holme Park Farm, but since there isn’t much scope for parking there, I drove up to the high point of the Clawthorpe Fell Road and left the car there (near the spot height of 192 on the map at the bottom of the post). After fulfilling a promise I made to myself not so long ago – of which more later – I set off following the wall which forms, initially at least, the eastern boundary of the access area on Newbiggin Crags. 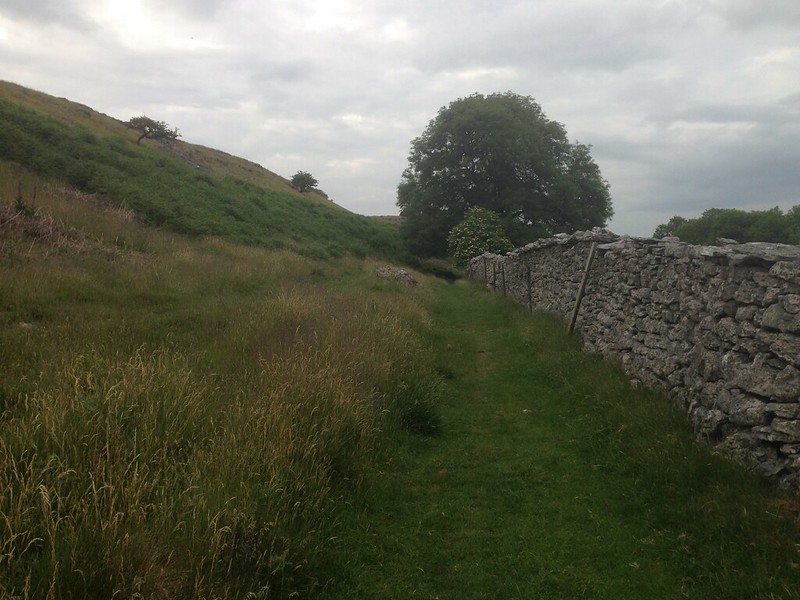 There’s a track here, not marked on the map, close-cropped and with different vegetation than the surrounding area; I would hazard a guess that this is an old track, in long use. 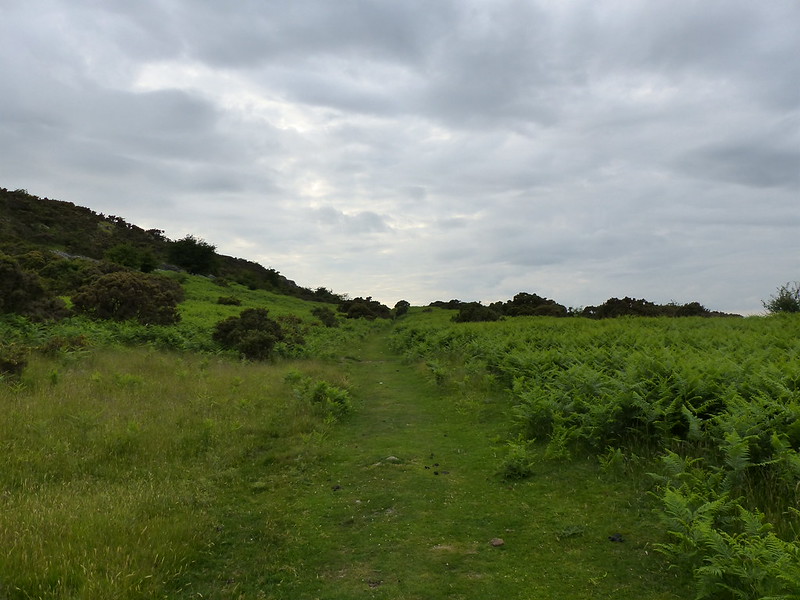 It follows a level shelf which circles the hill and makes for very pleasant walking. 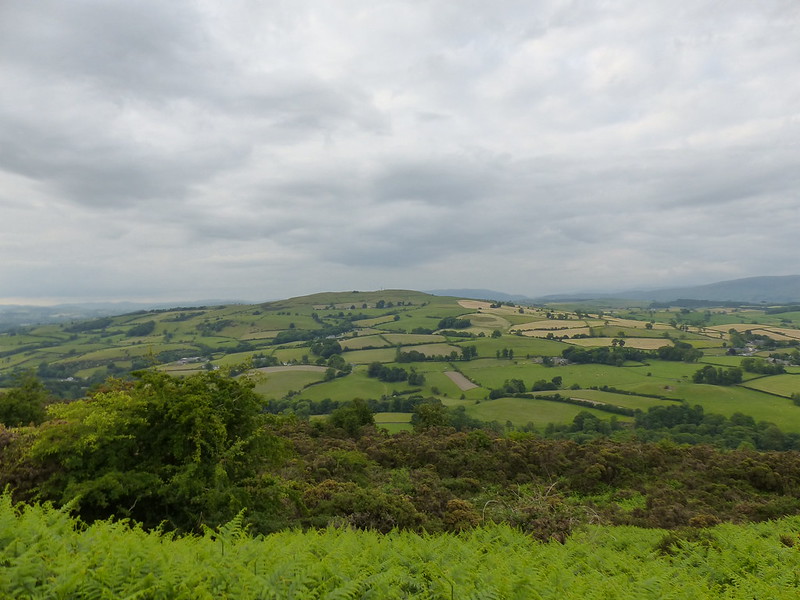 It was a gloomy evening, very overcast, but the forecast had said that it would brighten up, so I had high hopes.

Eventually, the track swings westward and climbs a shallow, dry valley with a low, limestone edge on the right… 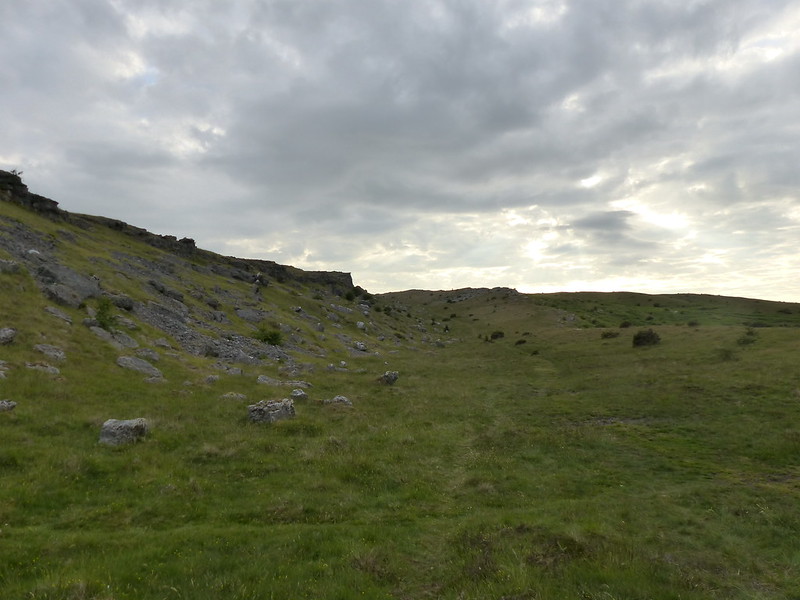 The grassy slopes below the edge…

Had lots of orchids… 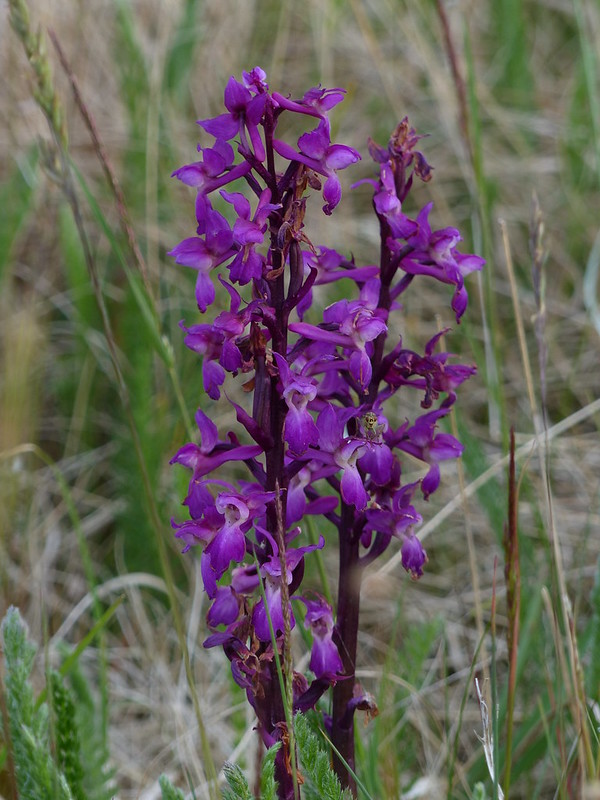 They were mostly quite dried-up and finished. These had me confused at the time, but looking at them now I feel sure that they must be Early Purple Orchids. In the fields around home these have long since shrivelled up and disappeared, but I suppose the extra bit of elevation must be sufficient to make the flowering both begin and end a little later here.

The path brings you to the little col between the twin summits of Farleton Knott and Holmepark Fell. If I’d had a little more time I would have stayed with the path – it drops down to the paths which follow the base of the western edge – but I was conscious of the time, and too tempted by the view from the top. 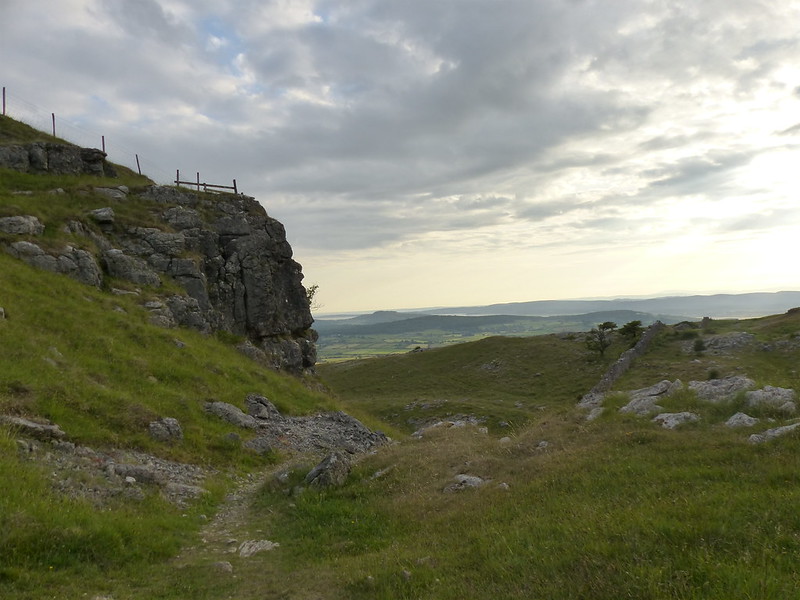 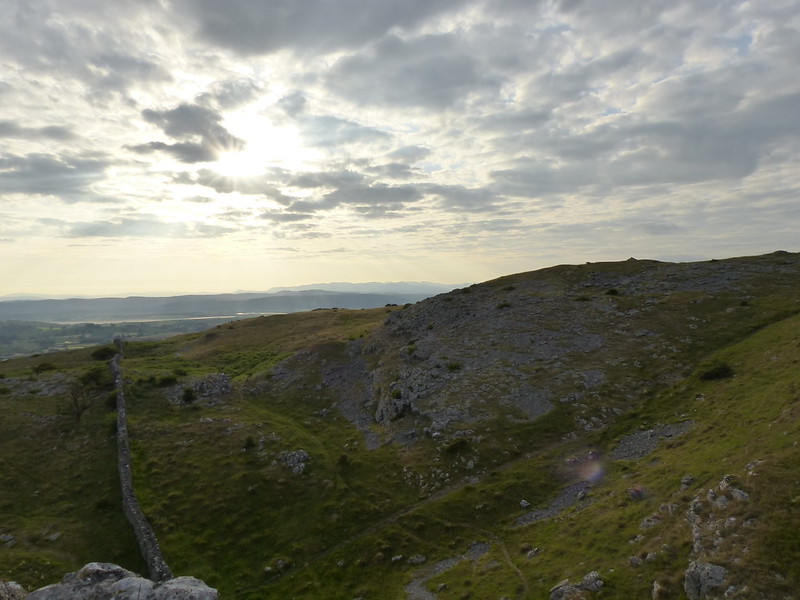 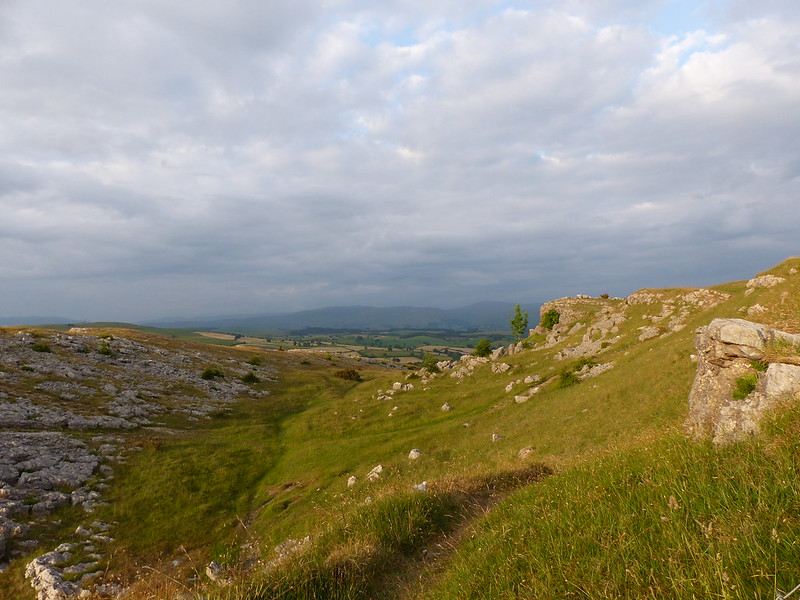 Looking back down the dry valley, sunshine finally arriving. 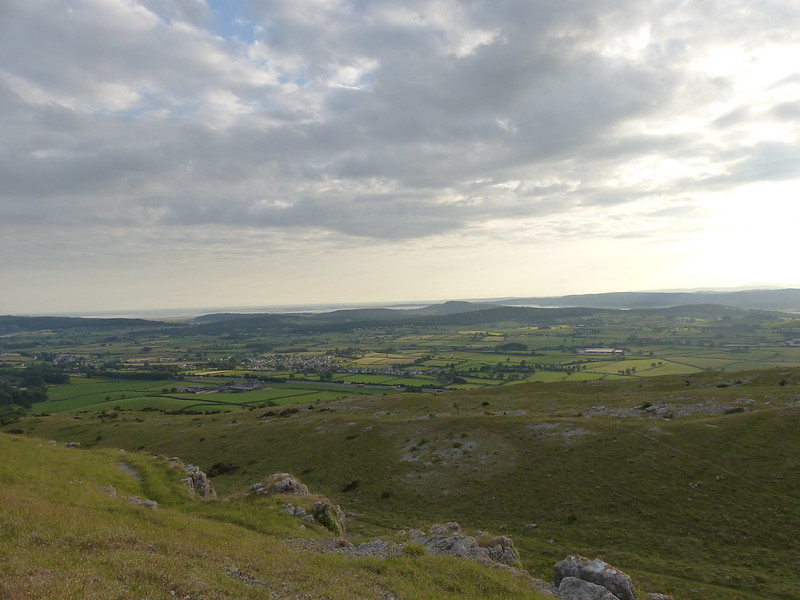 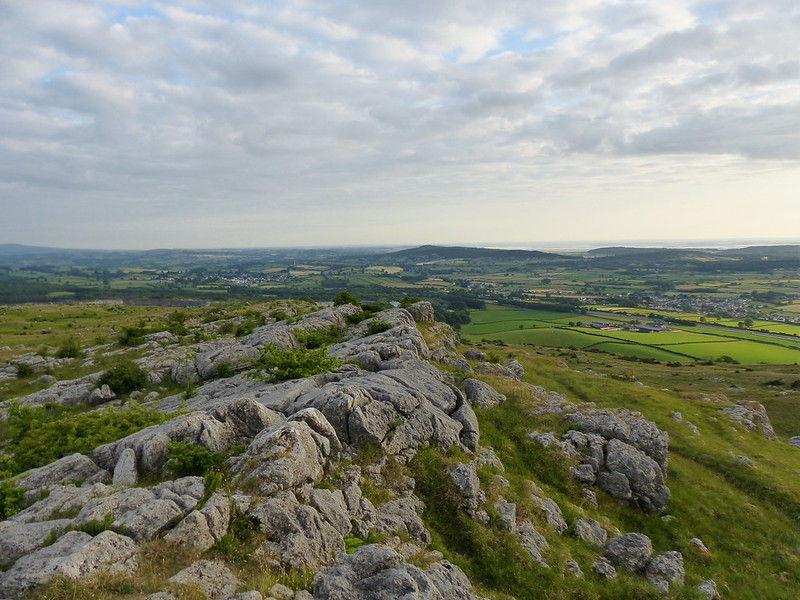 Looking along the edge to Warton Crag. 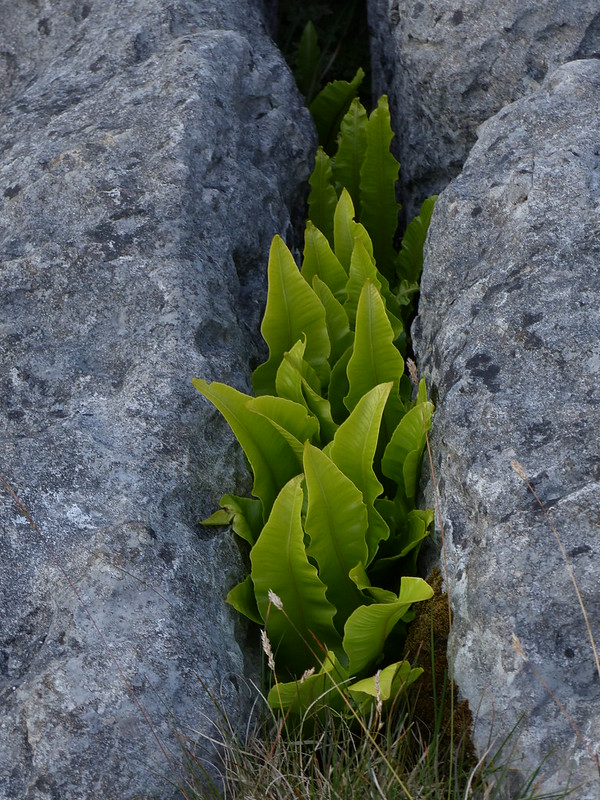 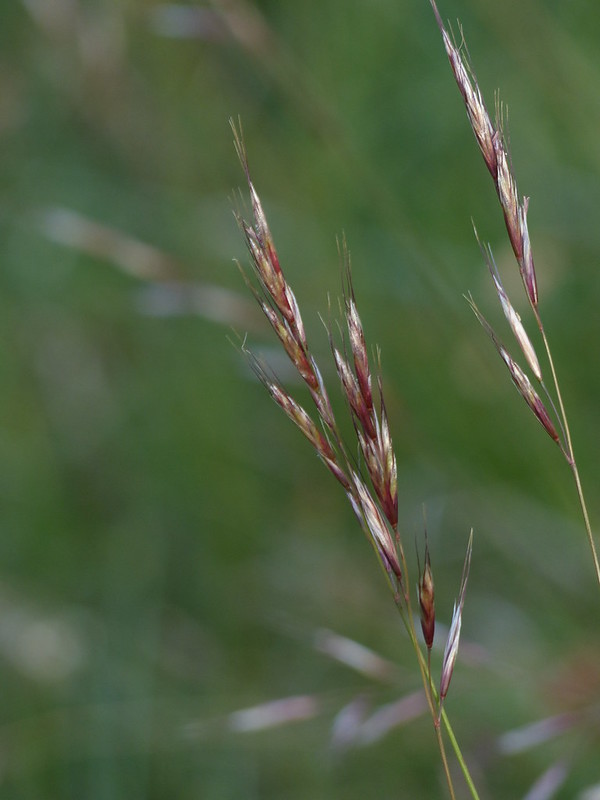 Meadow-oat Grass – I did learn something on my course. 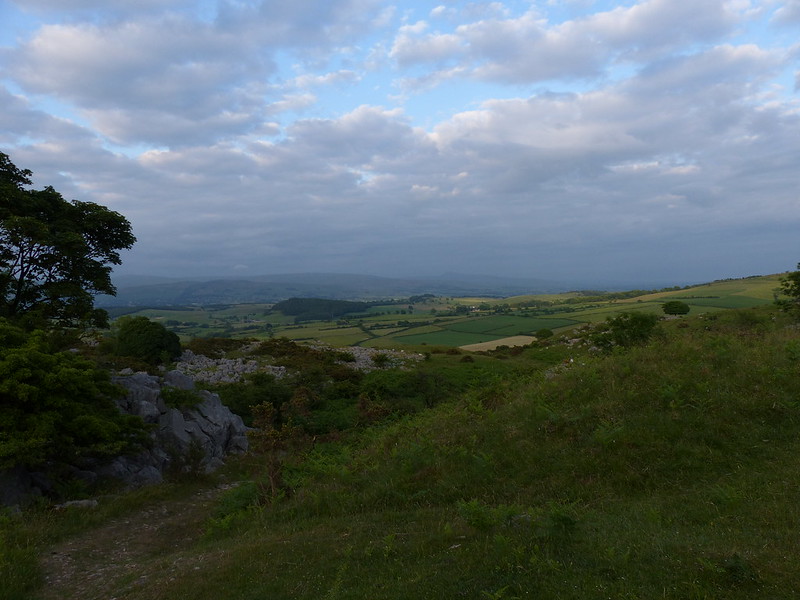 Returning by a higher route on Newbiggin Crags. Ingleborough still in the murk in the distance. 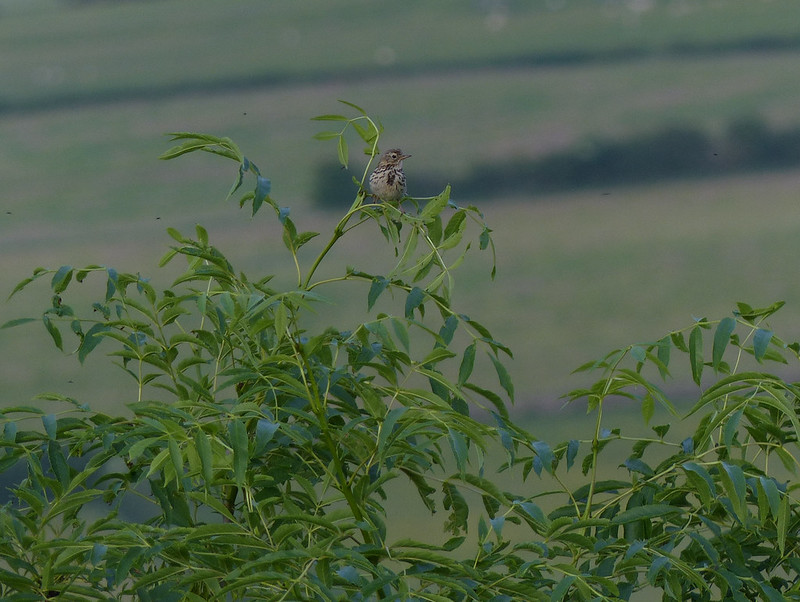 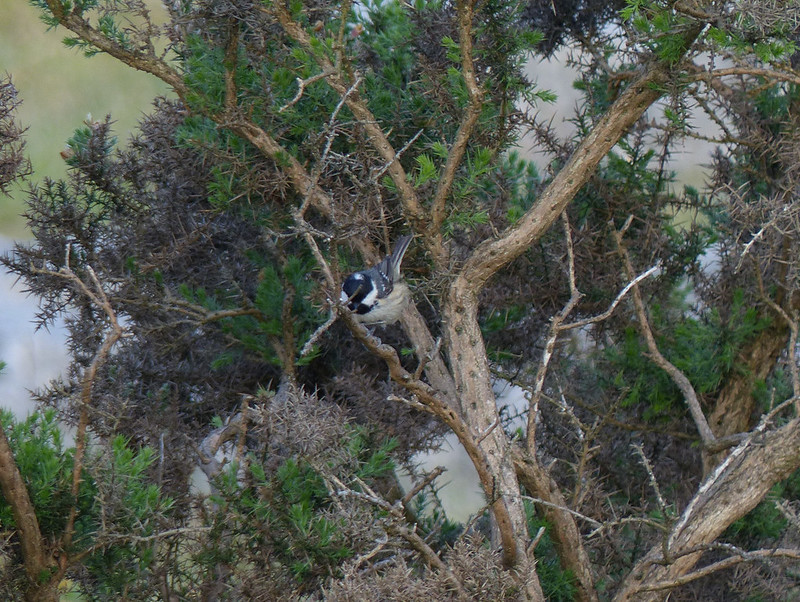 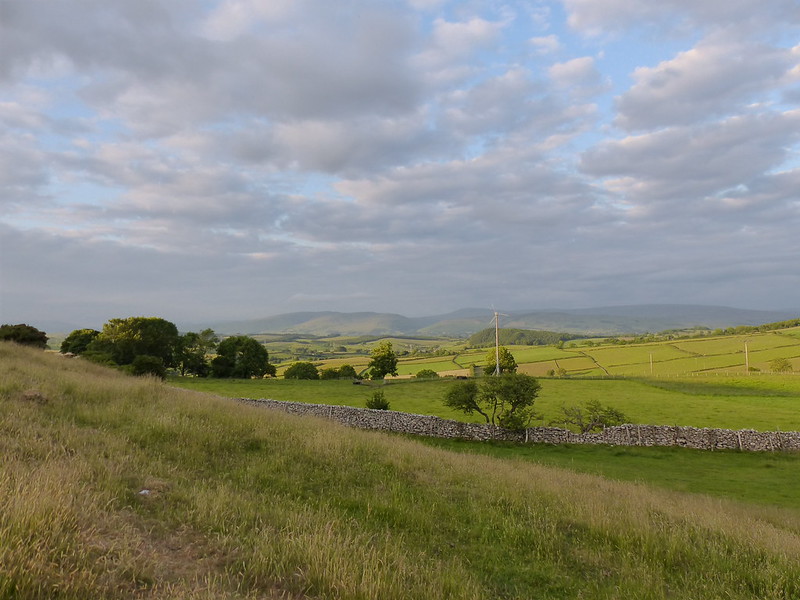 The sunshine has reached the hills to the east by the time I was approaching the car again. The wind had picked up too; the little wind-turbine in the centre of this photo was whizzing around now. I’d walked past it twice earlier – the first time it wasn’t turning at all and the second time only rotating lazily. 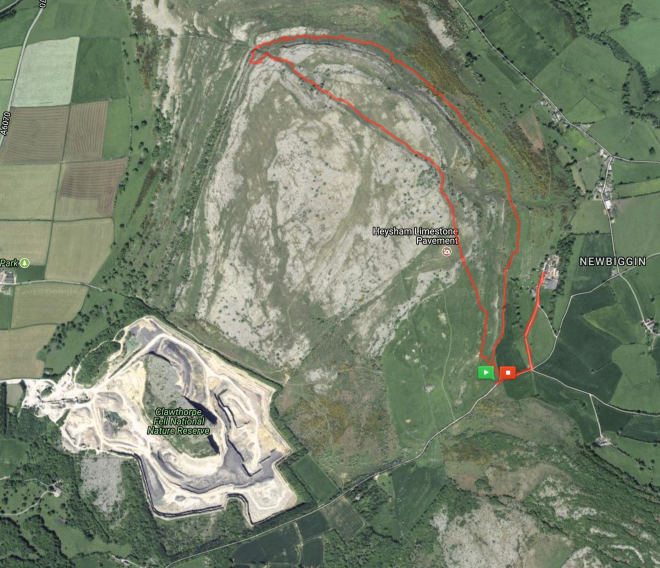 You can see on the map above why I’d already walked past the wind turbine twice. I detoured down to Whin Yeats Farm, where there’s a… 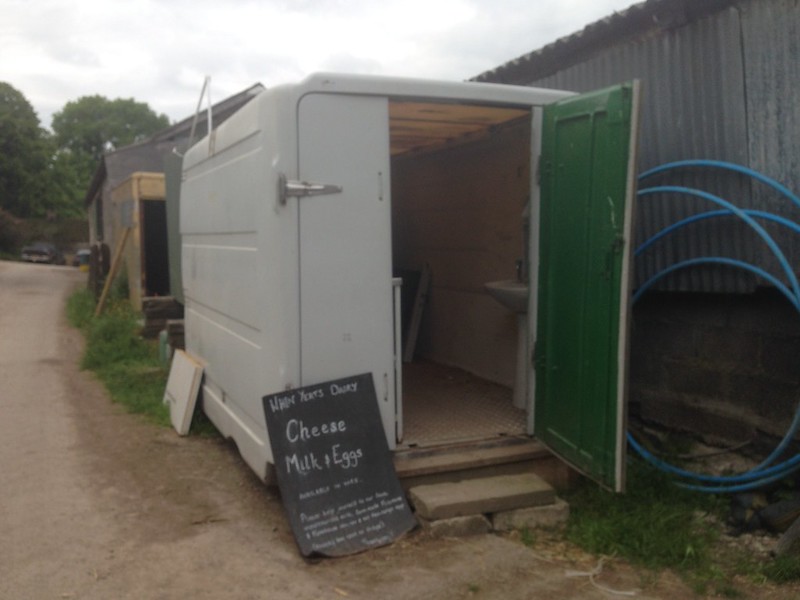 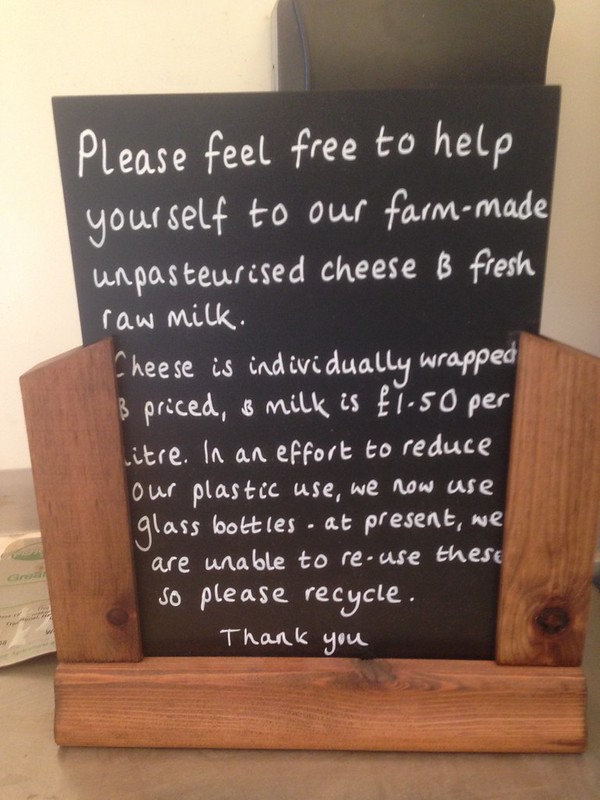 An honesty box, a fridge, and milk and cheese for sale… 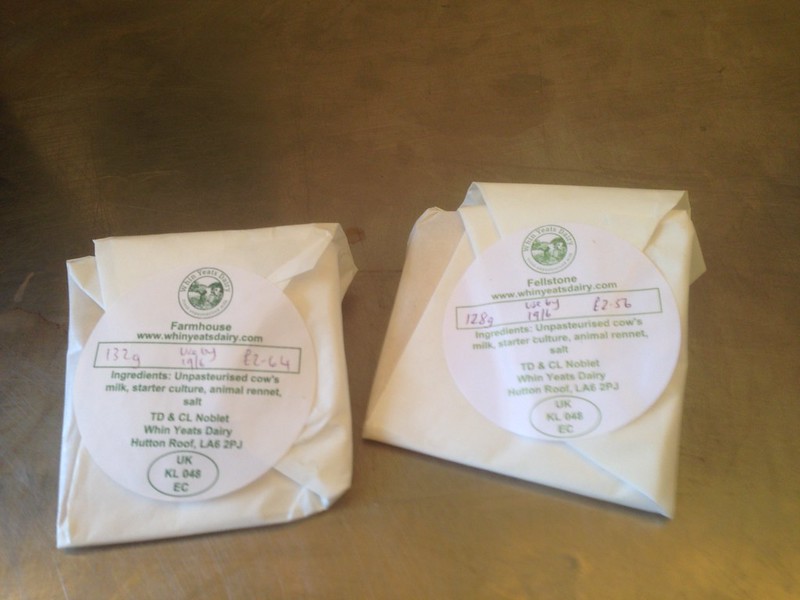 I’d seen this advertised on a previous visit to Fareton Fell and resolved to try this local produce when an opportunity arose. The next evening, the boys and my Father-in-Law joined me to sample the cheeses… 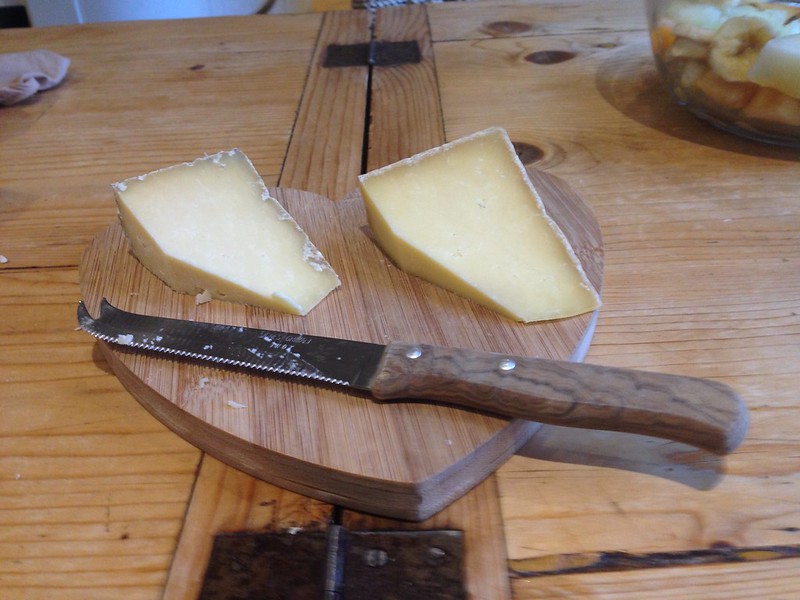 I think this is the Farmhouse on the left and the Fellstone on the right. Both very tasty. The consensus was that we preferred the Fellstone. B described it as being ‘like Manchego, but stronger’, which is high praise, because he’s very fond of Manchego. I shall be getting those again.

Another Tour of Farleton Fell

8 thoughts on “Another Tour of Farleton Fell”