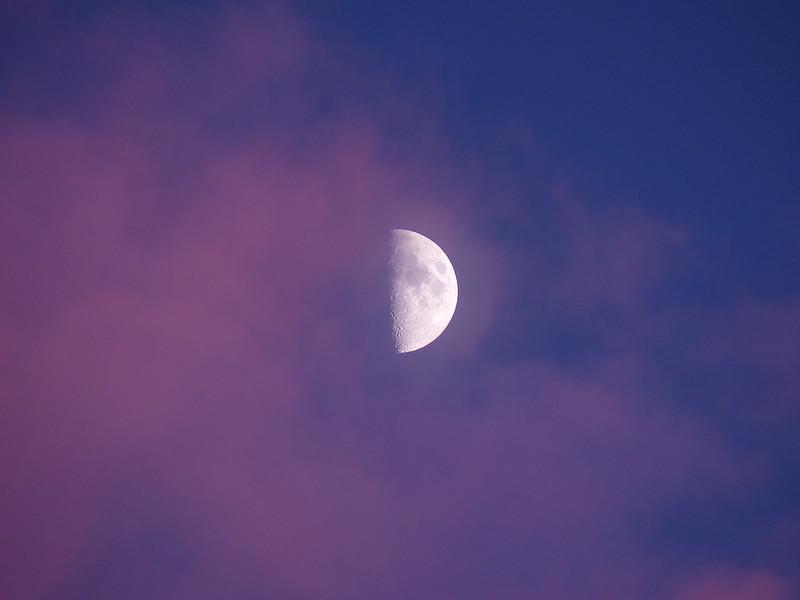 I decided to take an evening stroll down to Leighton Moss, thinking that on previous summer-evenings I’d seen Red Deer swimming in the meres near to Grizedale Hide and that maybe I would see them again. 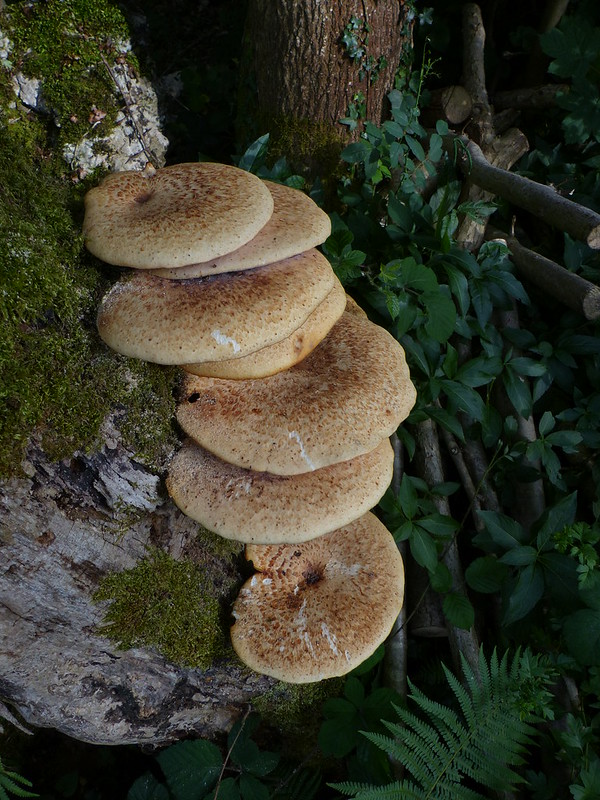 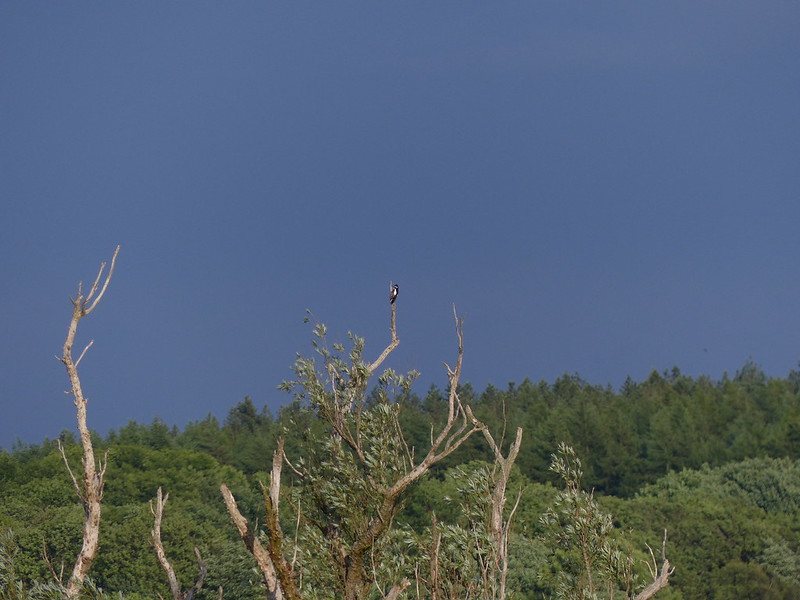 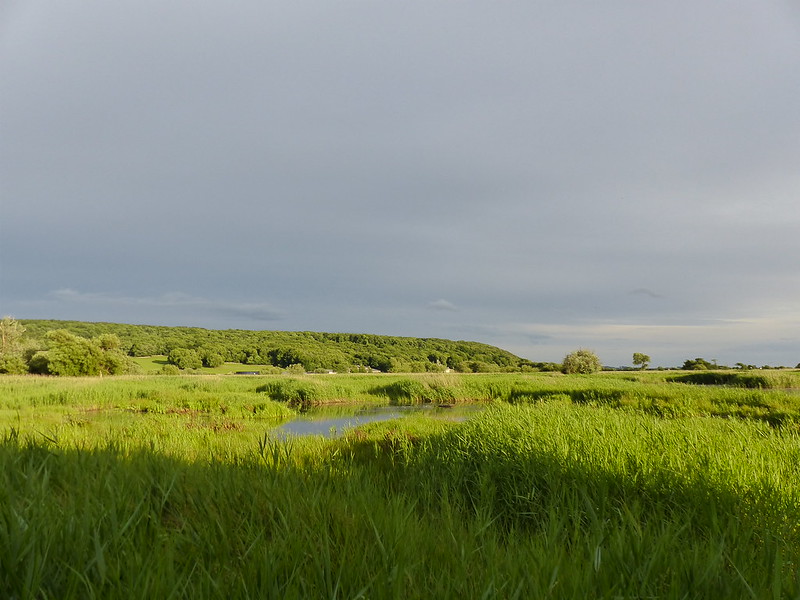 In the event, whilst I did spot a couple of deer, they were partially hidden in amongst the reeds. Fortunately, there was plenty more to see. 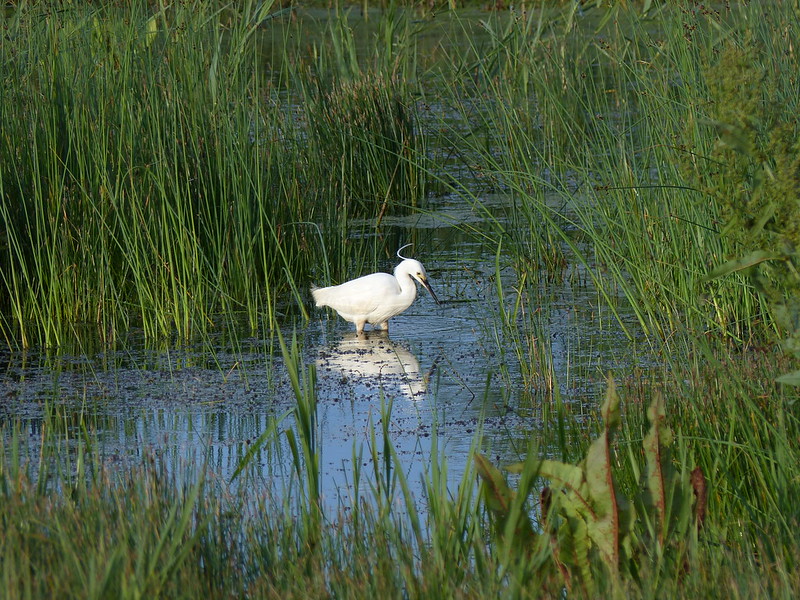 I particularly enjoyed the antics of this Little Egret. Unlike Herons – patient hunters which don’t generally move very much or very quickly, Little Egrets wander about, stirring up the mud at the bottom of the pond hoping to dislodge likely prey. 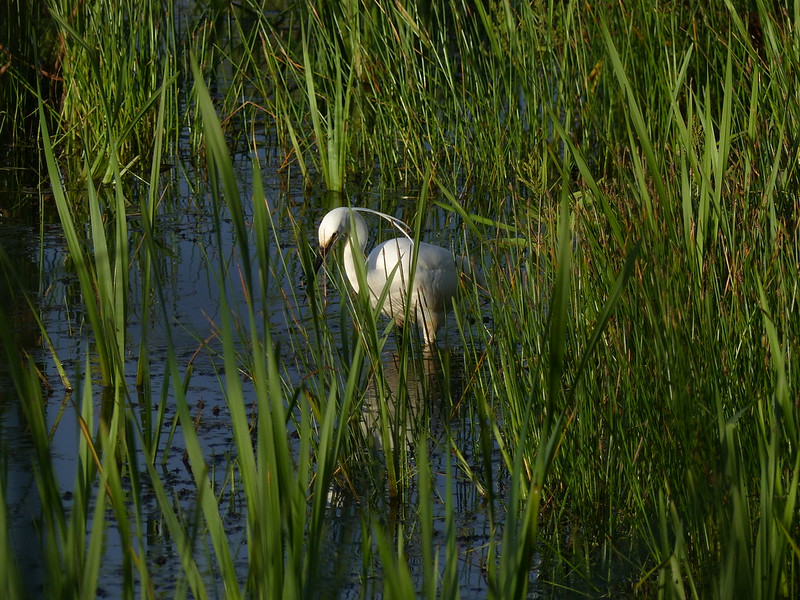 A nearby tree had seven Cormorants perched in it… 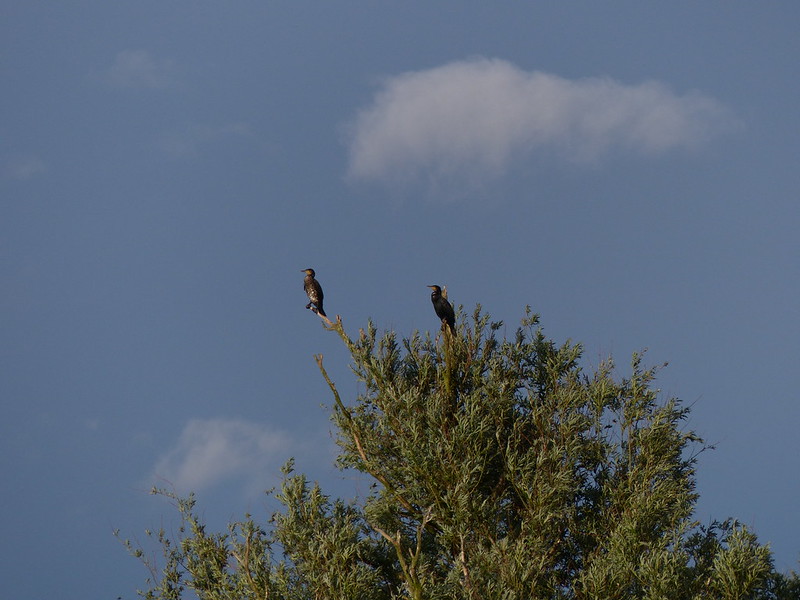 I knew that Herons and Egrets like to congregate to roost in the evenings, but perhaps Cormorants do too.

There were some Proper Birders in the hide, nice chaps, who told me that there were both Marsh Harriers and Bitterns nesting nearby. They were hoping for a sight of the Bitterns, which didn’t materialise, but we did see both adult Harriers, although somewhat distantly… 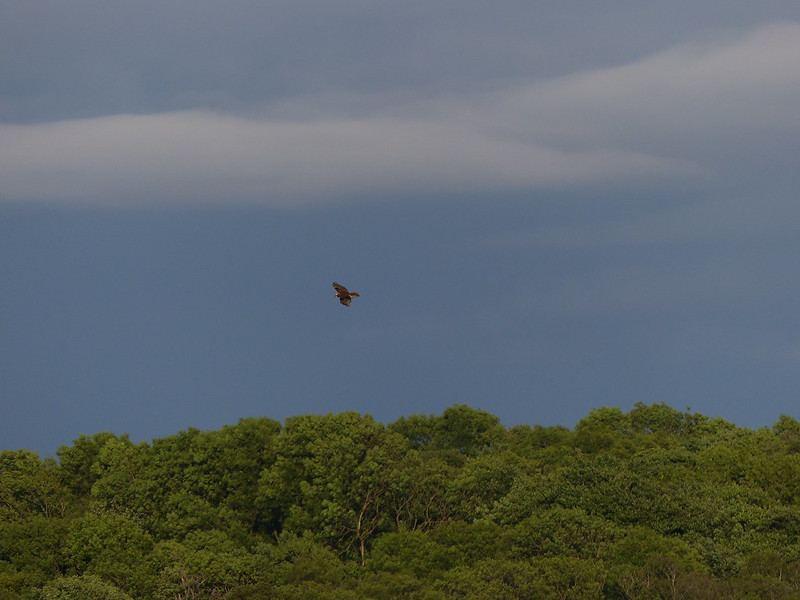 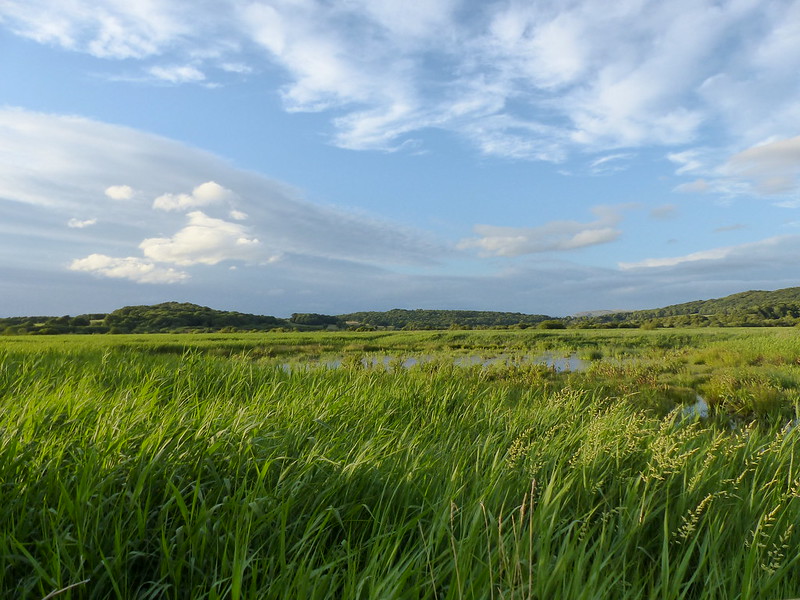 I find that I can only sit in a hide for so long before I start to get itchy feet and when the sun disappeared, perhaps for the last time that day I thought, it was time to move on.

Anyway, I wanted to get home before it got too late. On my way back around the reserve, I diverted slightly to take in the view from the Sky Tower… 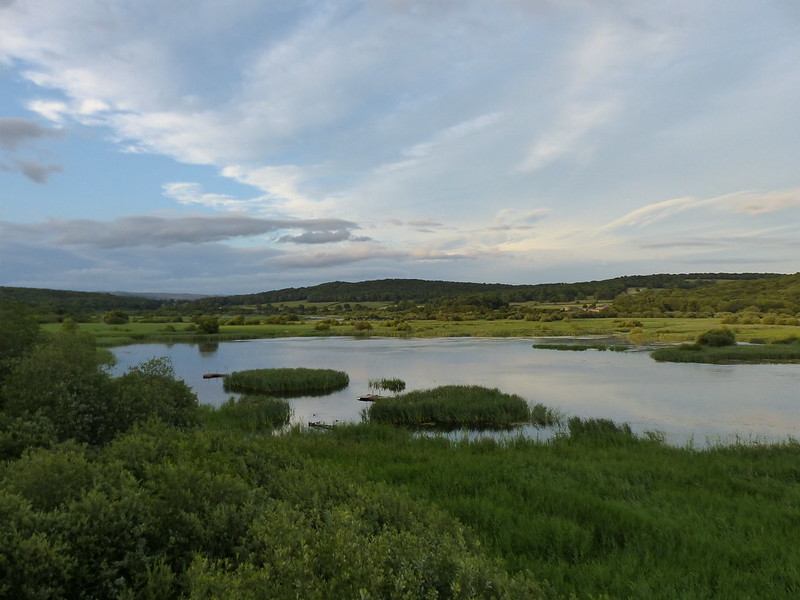 From there I watched a pair of Swans and their large family of cygnets swim across the mere in a stately line and then, reaching their nest, enter into a noisy dispute with some Coots, who obviously felt that they had squatters’ rights.

Then I noticed some sort of commotion in the water, between the two islands of reeds in the photograph above. Fish were jumping out of the water, but not the odd fish rising for a fly, this was lots of fish and the fish were seemingly leaping in groups, with the activity moving around the small area as if something were pursuing the fish beneath the water. I’ve seen this sort of thing once before and that was just after I thought I’d seen an Otter dive into the water from the Causeway which crosses the reserve. In the middle of the area where the commotion was taking place the RSPB have built a small wooden platform. There were numerous birds on that platform and they were all obviously aware of what was going on too. The ducks all took to the water and headed swiftly away. The heron peered at the fish momentarily before unfurling its wings and also departing. Only the small white birds, which looked to be terns of some sort, didn’t seem to be bothered. Meanwhile a second area, along the edge of the mere, had also started to liven up with fish jumping this way and that. Perhaps there were a pair of Otters down there, doing a spot of fishing.

The area where this was all happening was right in front of Lillian’s Hide, so I thought I would head down there to see what I could see. When I got there, the fish were no longer leaping, but a disturbance in the reeds alerted me and there was my Otter, swimming along the channel in front of the hide. I lost sight of it, but there was another chap in the hide and, when I told him there was an otter nearby, he came up trumps by spotting it swimming away. 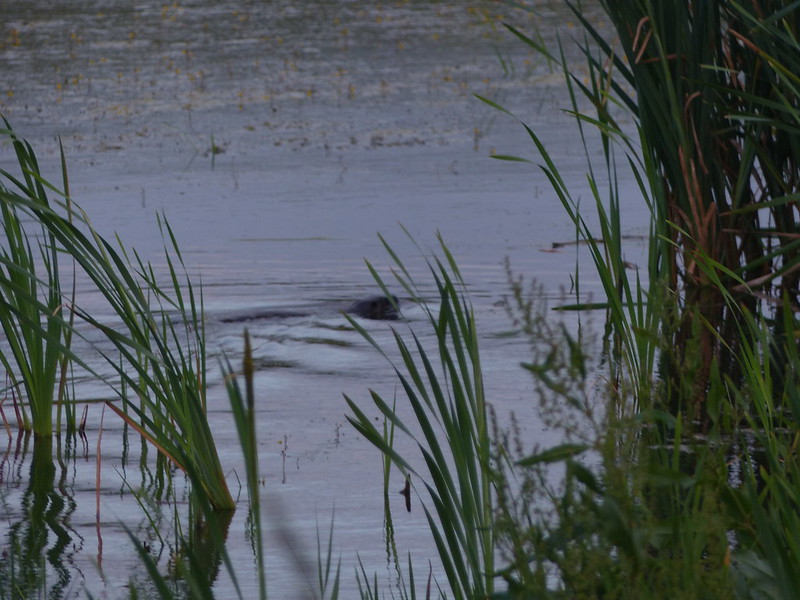 Not as good as my photos from this winter, but it’s not often that I get to see an Otter after work, so I was very happy. 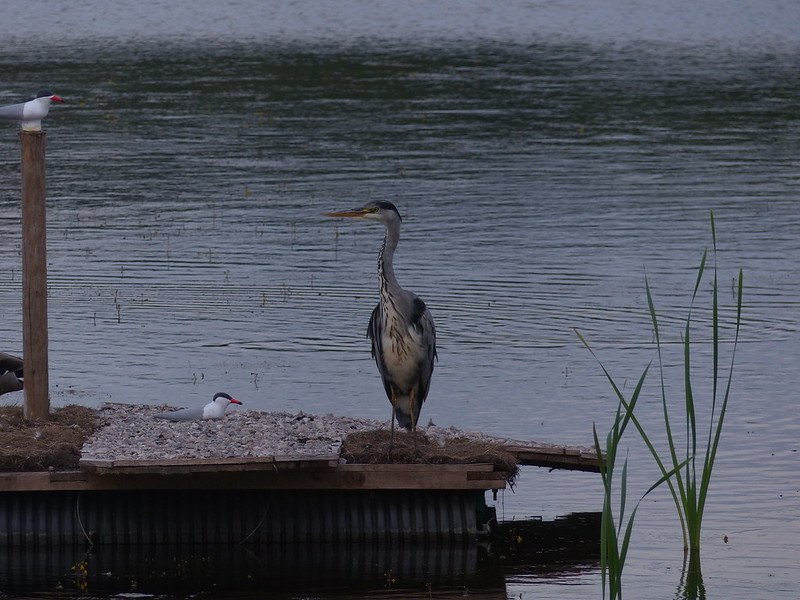 The heron returned and I could see now why the terns were so unperturbed – they weren’t real – I suppose that this is an attempt to attract actual terns to nest on this faux island? 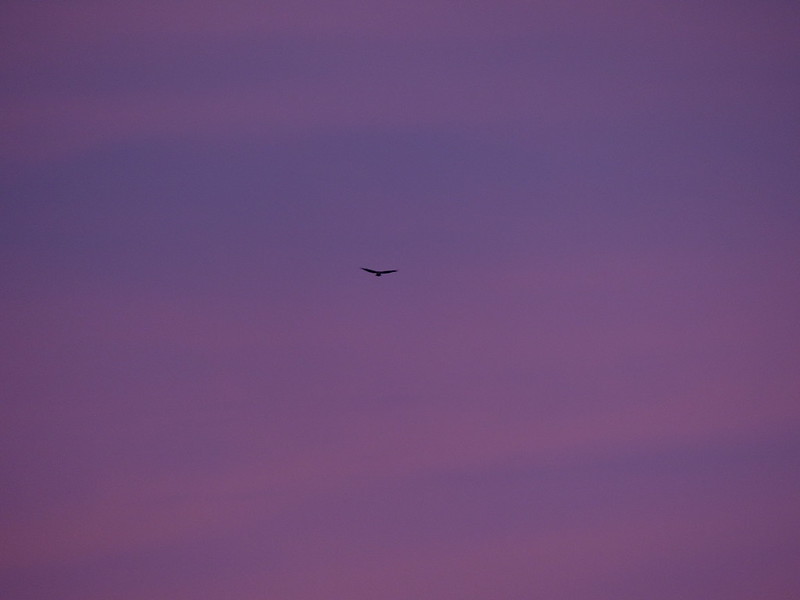 By the time I was walking back across the fields towards home, I’d missed the sunset, but there was still lots of colour in the sky. 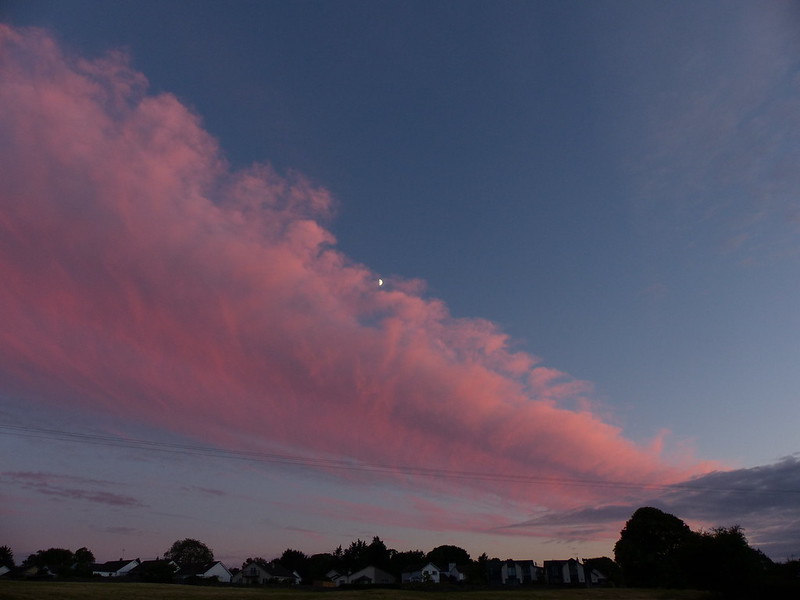 The moon was half hidden by this great swathe of pink clouds. Using the zoom on my camera I watched the moon as it was repeatedly veiled and unveiled by the clouds. 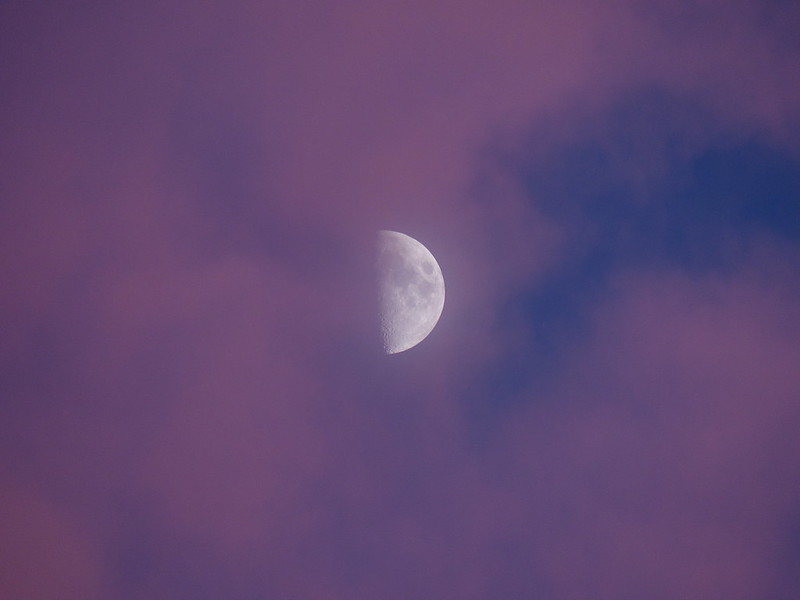 Searching for a title for the post, and reverting, as I often do, to songs titles half-remembered from my youth, I thought I could recall a song called Kaleidoscope Moon. 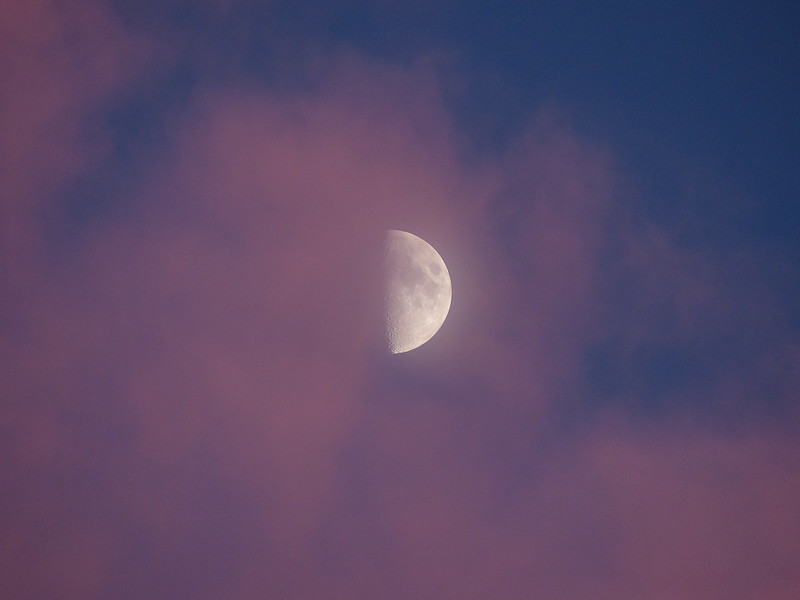 A bit of googling however, reminded me that the song I was thinking of was actually ‘Kaleidoscope World’ from the album of the same name by Kiwi band The Chills. 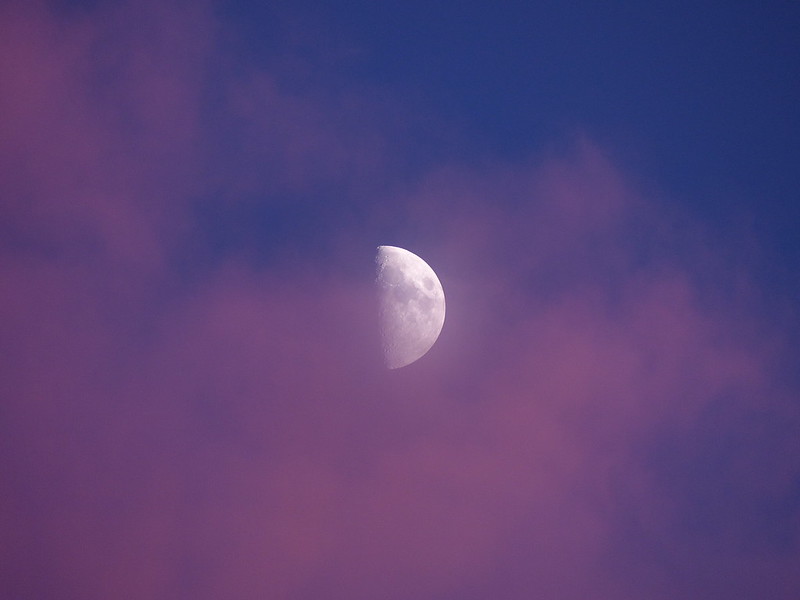 Other songs on the album were called ‘Rolling Moon’ and my own favourite ‘Pink Frost’, so maybe I had dimly muddled these three and somehow got ‘pink’, ‘moon’ and ‘kaleidoscope’ from the three songs. I’m surprised that I seem to have managed to almost completely forget this band, although some fragment of a memory was clearly lurking in the recesses of my mind, and I’m very happy to have been serendipitously jolted into recollection.