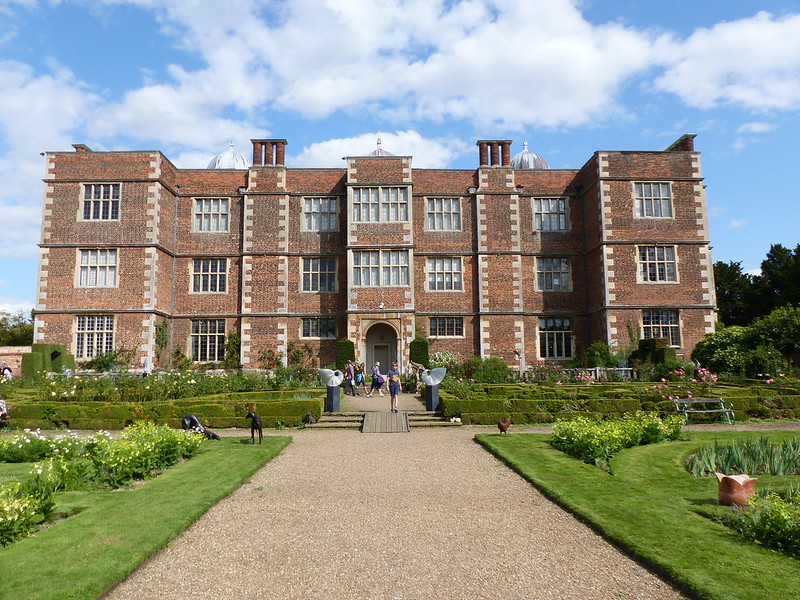 Many moons ago, we toured Doddington Hall with my Mum and Dad. It’s not too far from where they live. On the second day of our trip to Lincolnshire this summer, TBH and I were eager to go again. For some reason, Dad wasn’t so keen, and kept turning up alternatives which he thought might appeal to the kids. He balked however, at the idea of accompanying them on a treetop trek, so in the end Doddington Hall won out. 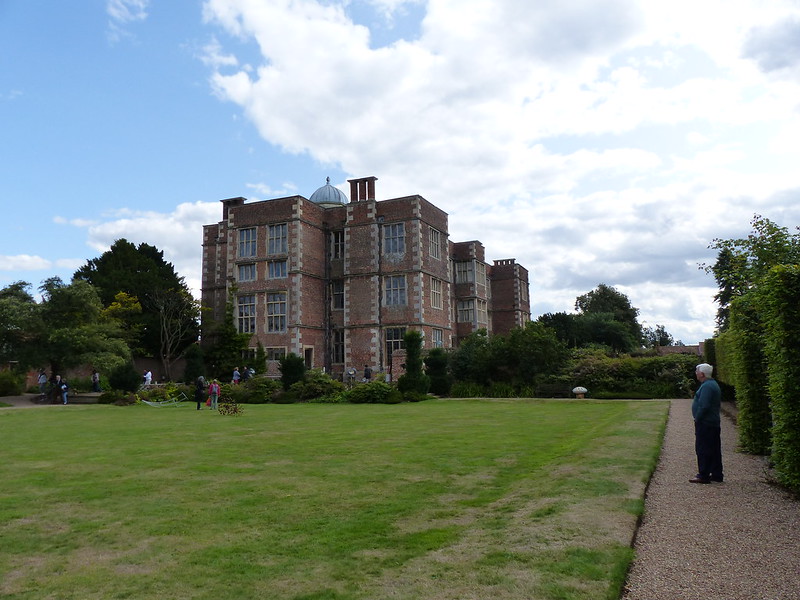 There was a wedding in the hall that day, so we were restricted to the gardens, but that kept us well occupied beyond the advertised closing time, so it wasn’t really a problem.

Be warned, if you’re planning a visit: there are signs near the entrance forbidding picnics in the gardens. There’s a lot of green space at the back of the carpark though, which was a halfway decent alternative, but a bit rough on my Mum and Dad who prefer not to sit on the ground these days (or prefer not to have to get up again, anyway). 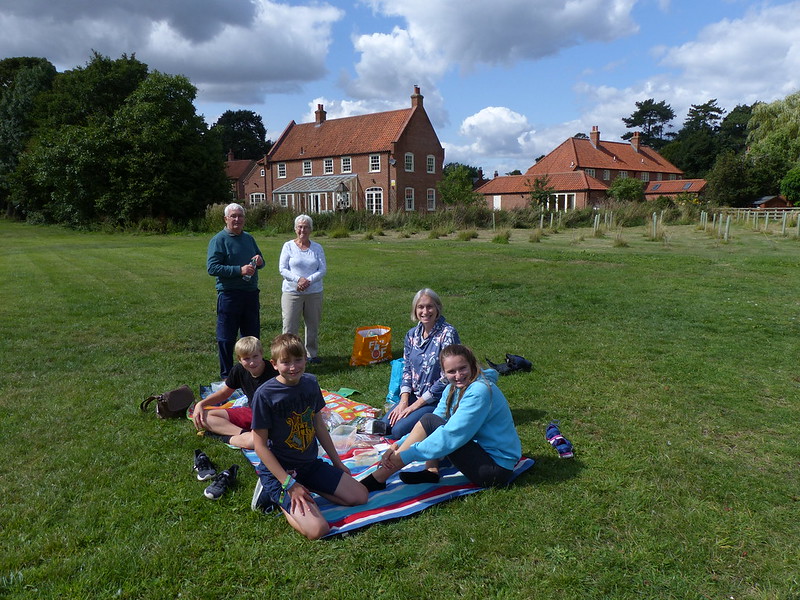 There is a cafe in one of the many estate buildings, which looked to be doing a roaring trade. I’m told that the cakes that some of the party sampled there later in the day were very good. The wasps certainly liked them.

Just by where we picnicked, there was a small pond… 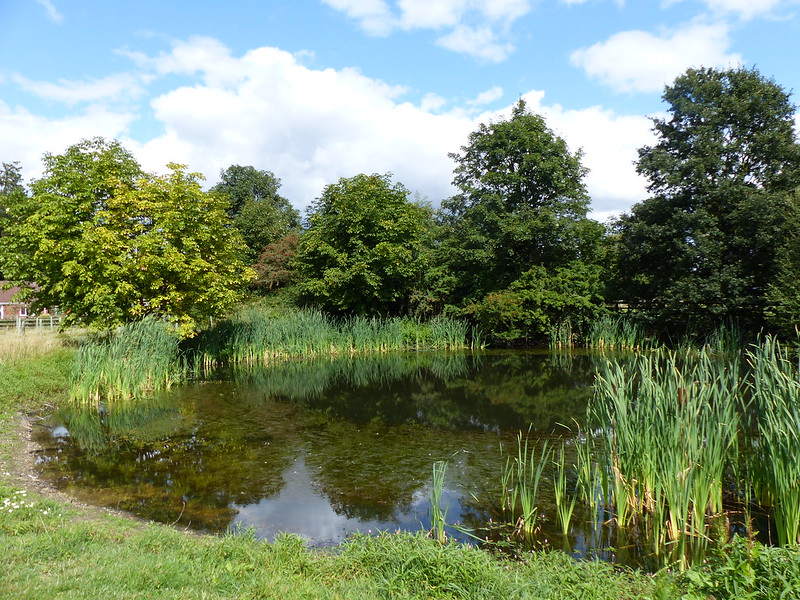 And so some potential for flora and fauna… 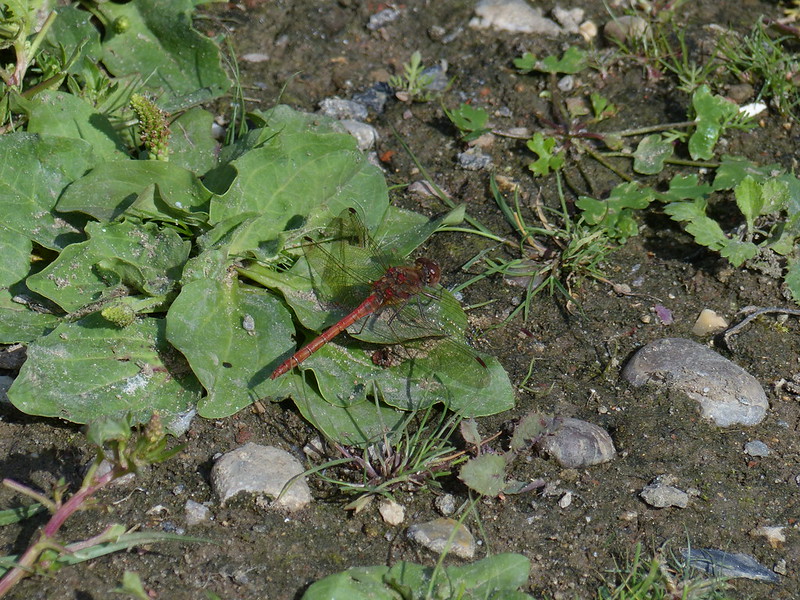 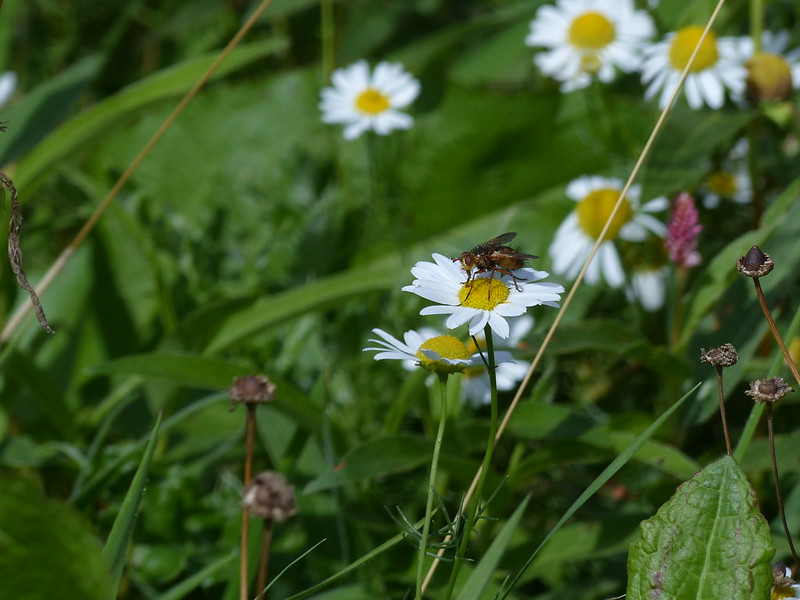 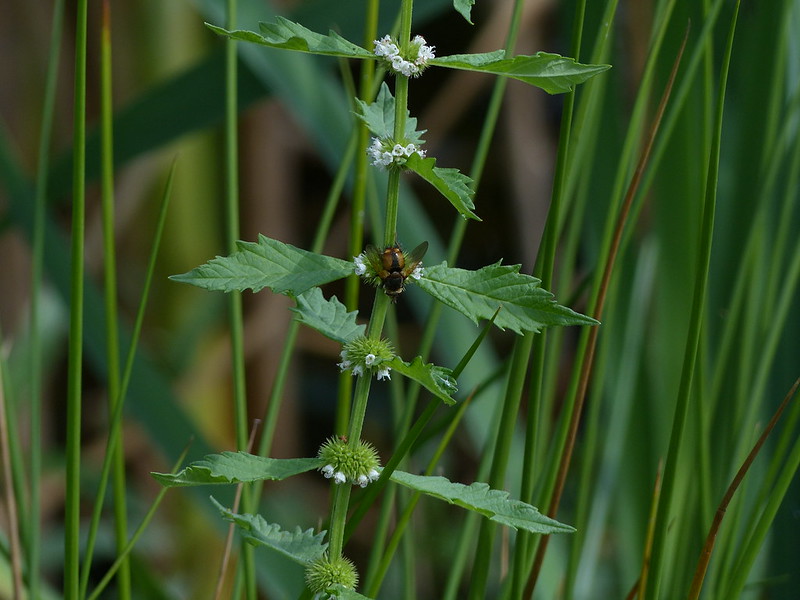 This photo shows the strong black stripe on an orange abdomen which makes me think that this fly is Tachina Fera. The larvae of this fly parasitise caterpillars. 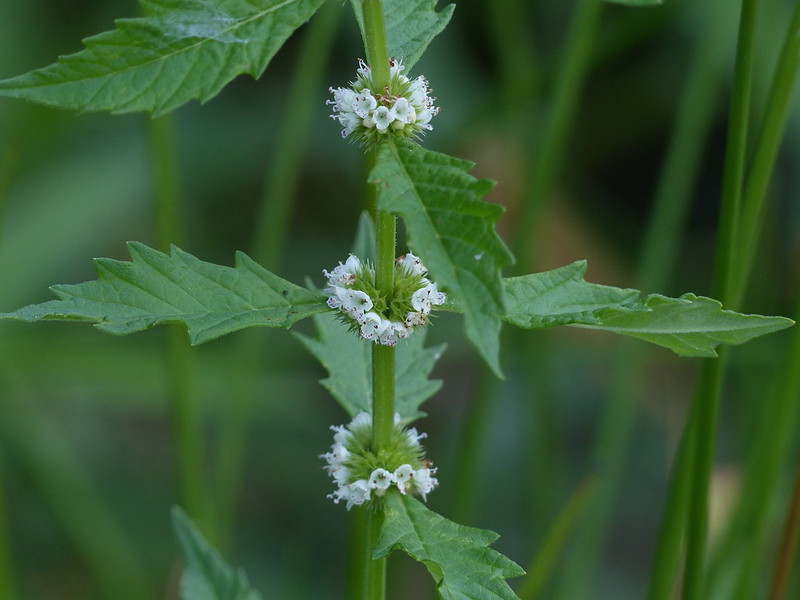 “Rogues masquerading as itinerant fortune-tellers and magicians used in past centuries to daub their bodies with a strong black dye produced from gipsywort, in order to pass themselves off as Egyptians and Africans. Swarthy looks were supposed to lend greater credibility to these vagabonds when they told fortunes; it was this use that gave the plant its names of gipsywort and Egyptian’s herb.”

Reader’s Digest Field Guide to the Wild Flowers of Britain

Moving into the gardens… 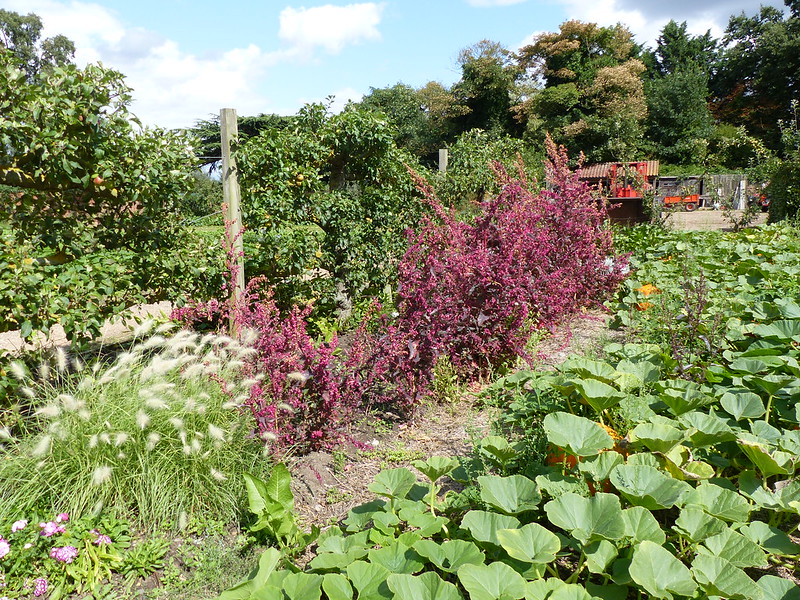 Little S was particularly impressed with the huge… 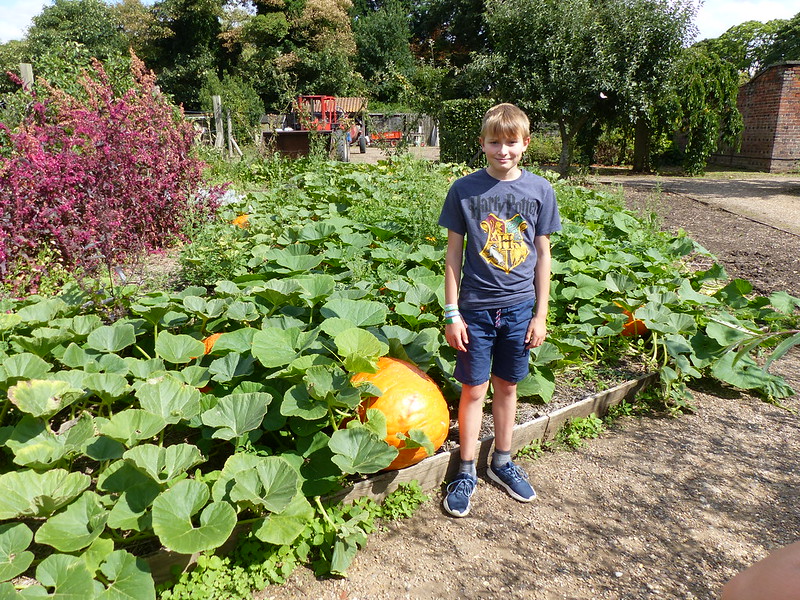 …squashes, pumpkins? I’m not sure which.

He won’t really remember our last visit, since he was barely a year old at the time. 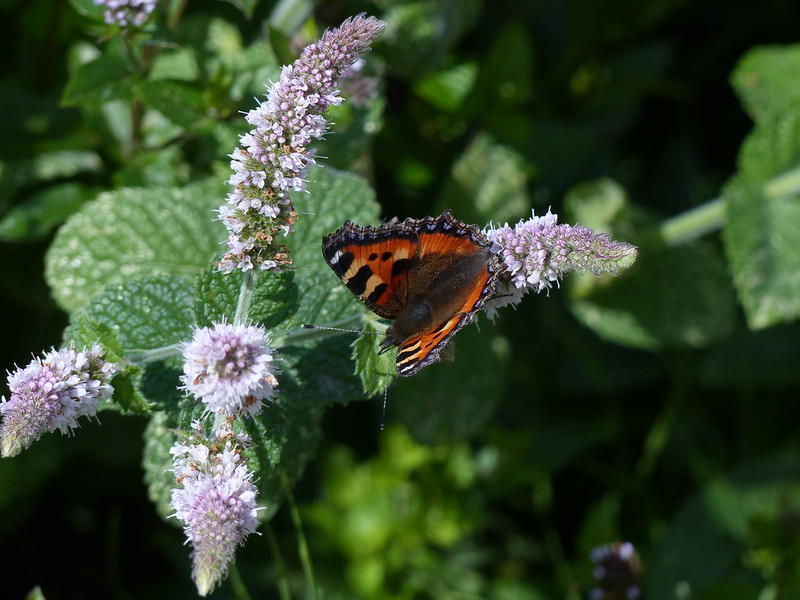 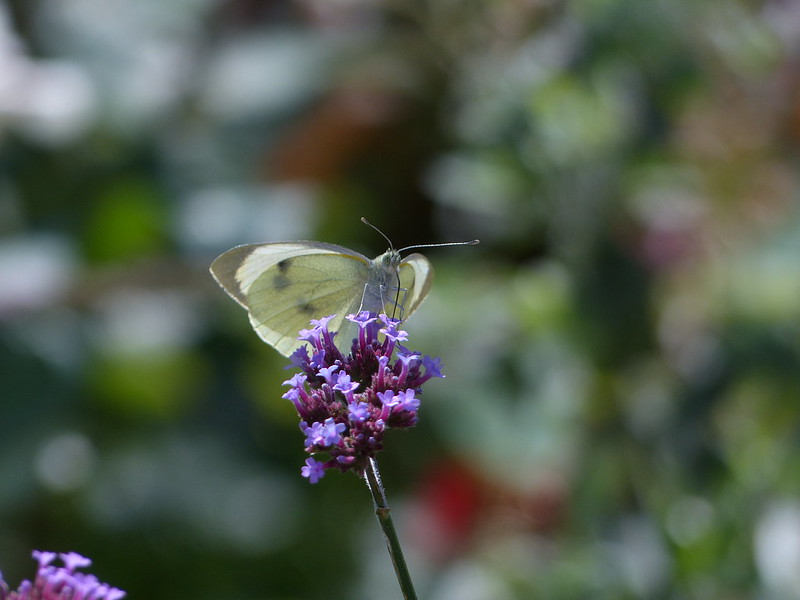 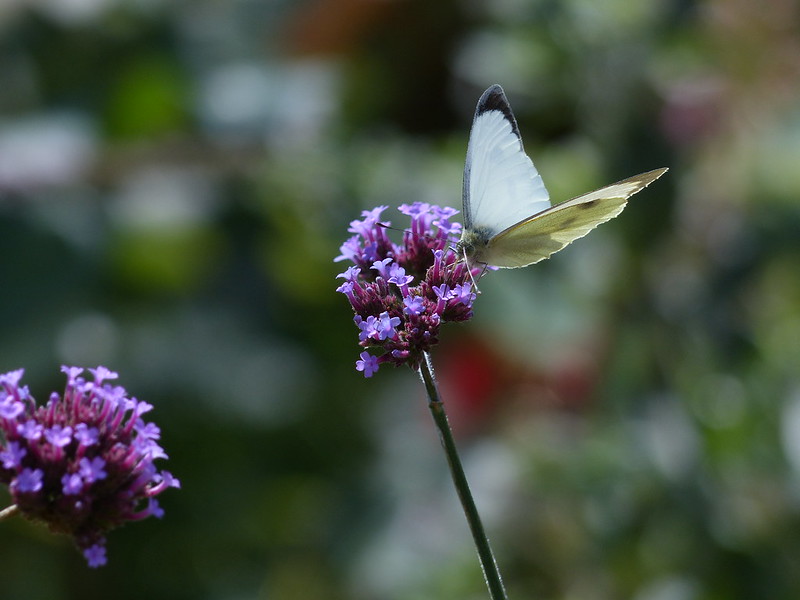 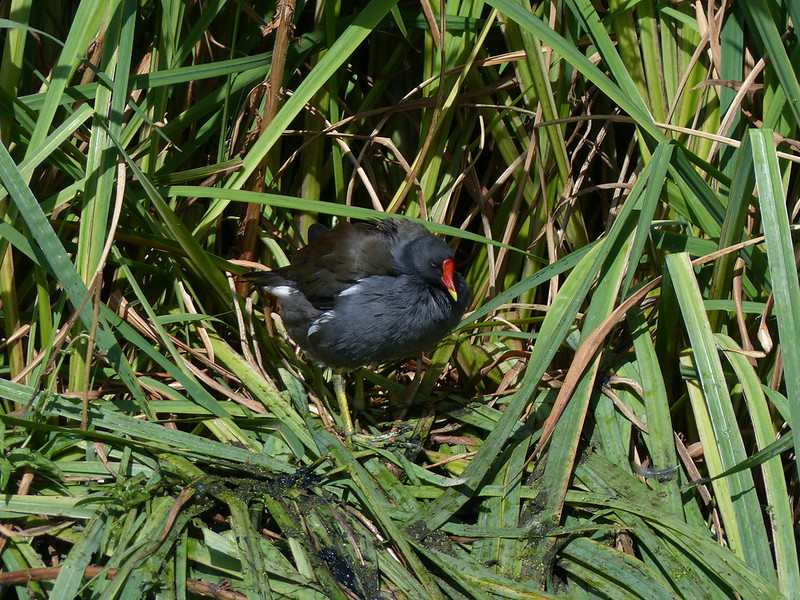 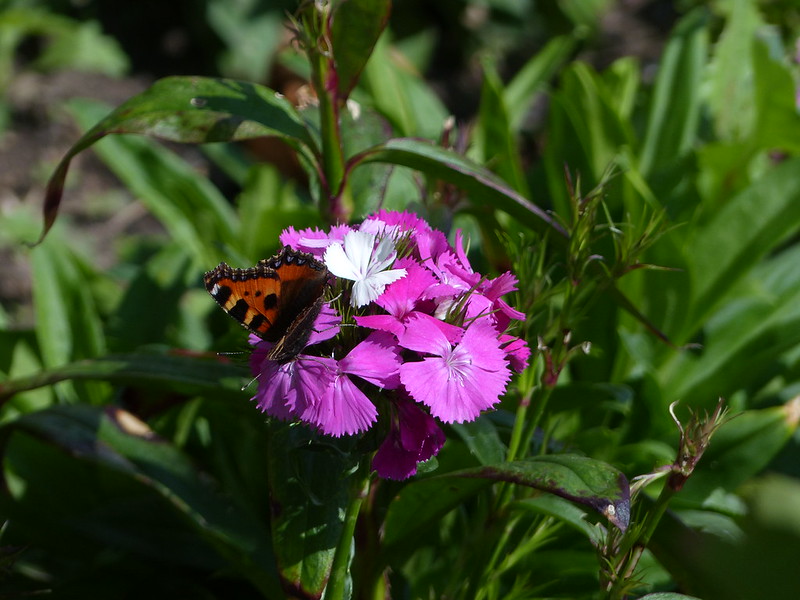 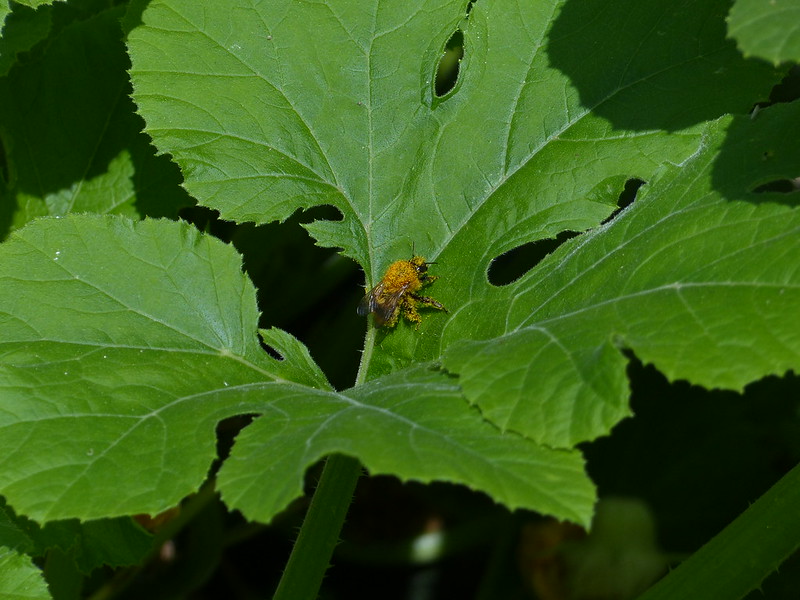 This bee was absolutely coated in golden pollen, having just emerged… 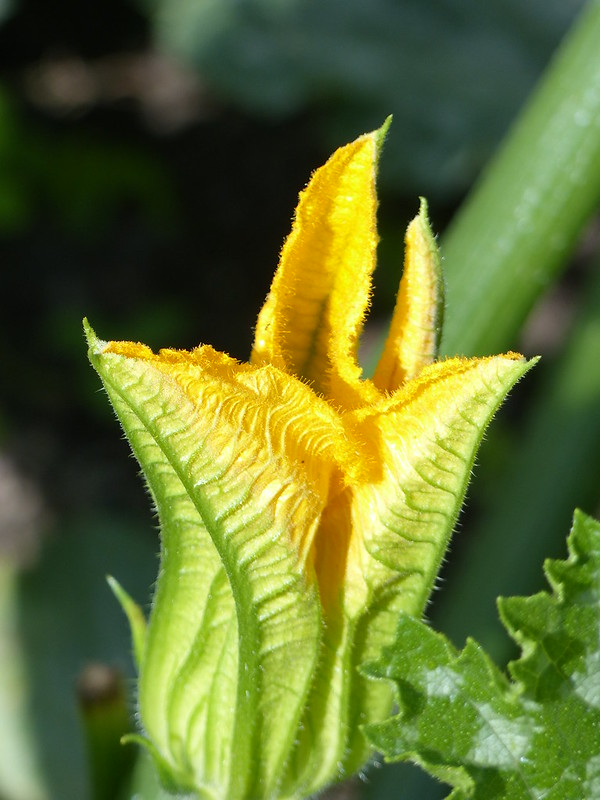 …from a courgette flower. 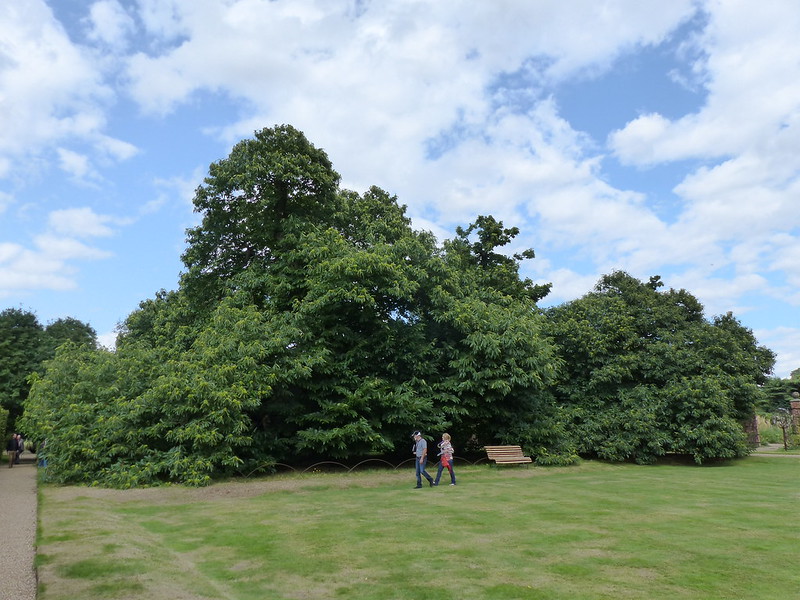 Something that really stuck in my memory from our previous visit were these gnarly old Sweet Chestnut Trees. 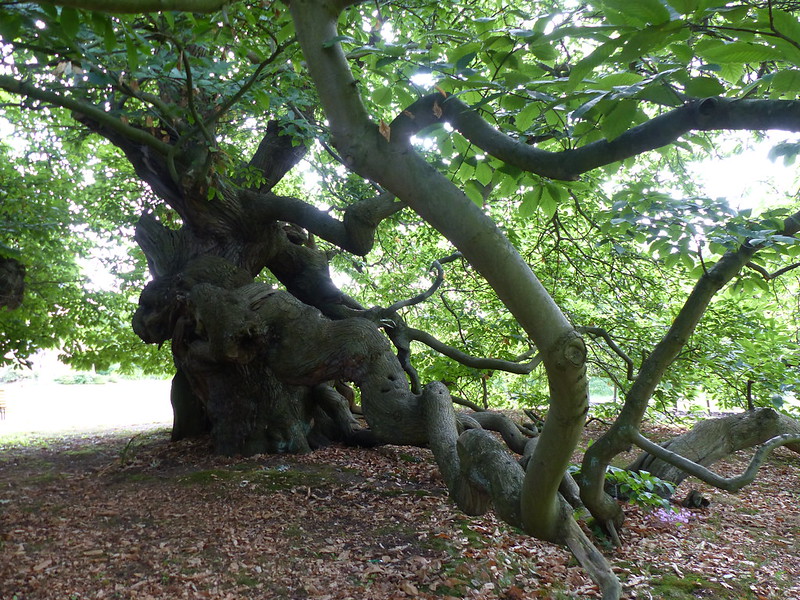 They predate the hall, making them very, very old indeed. 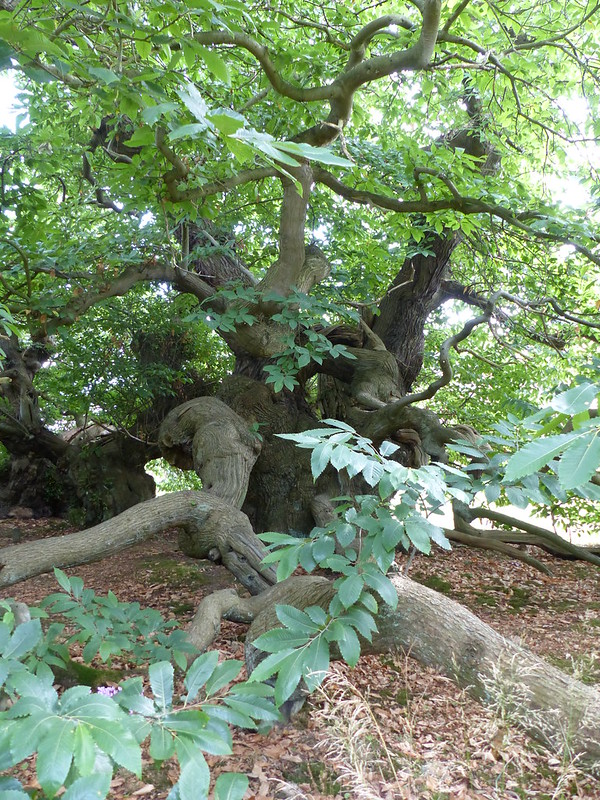 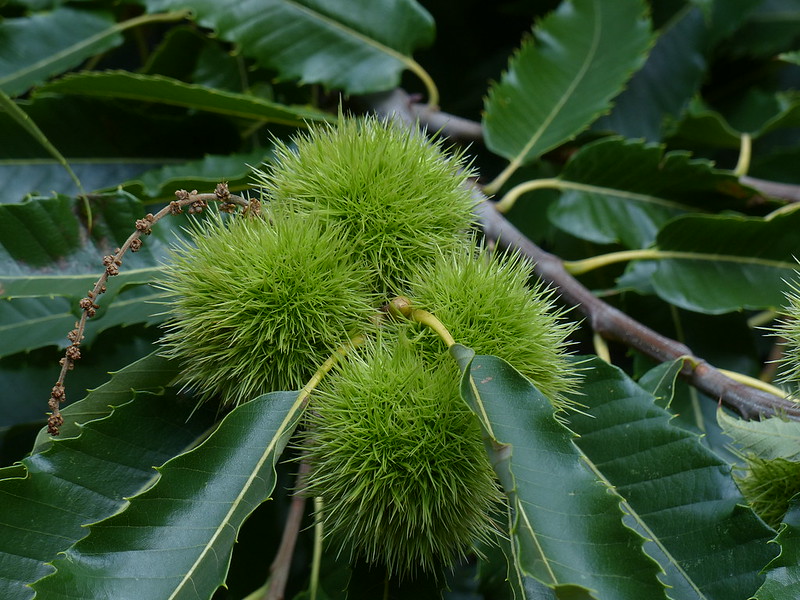 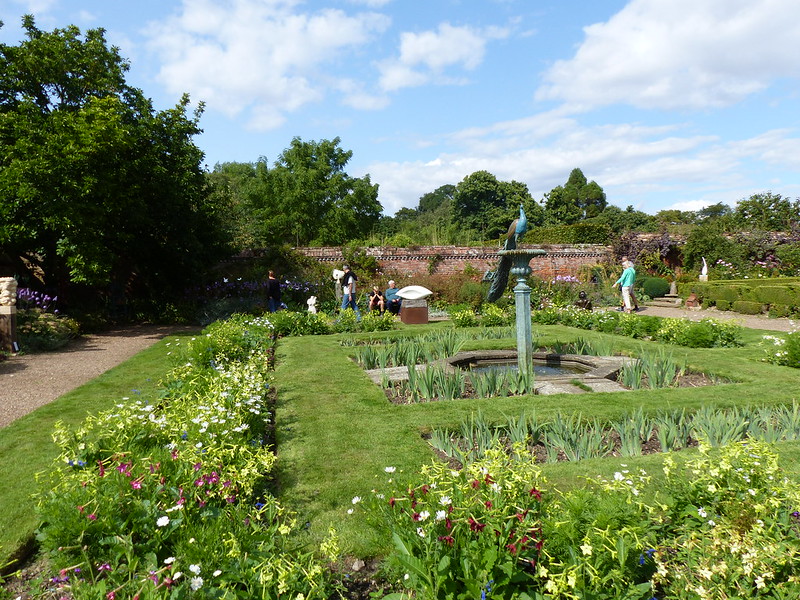 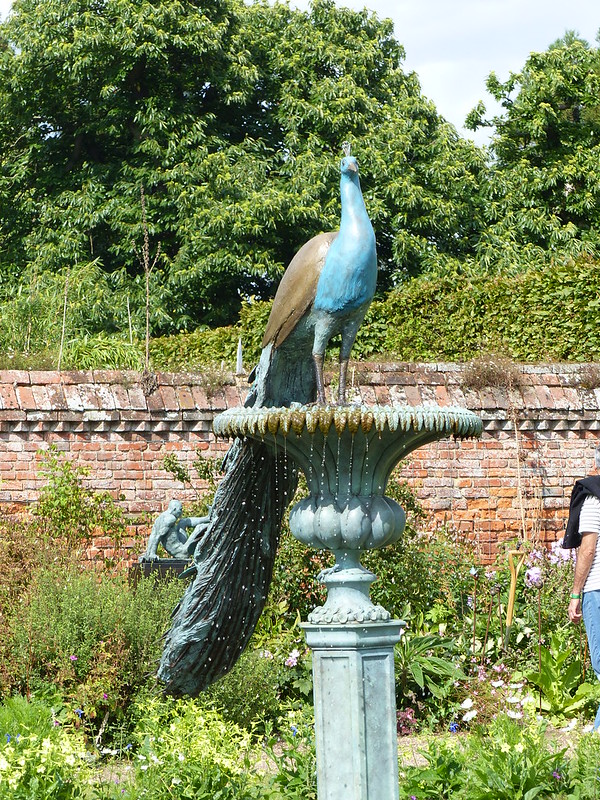 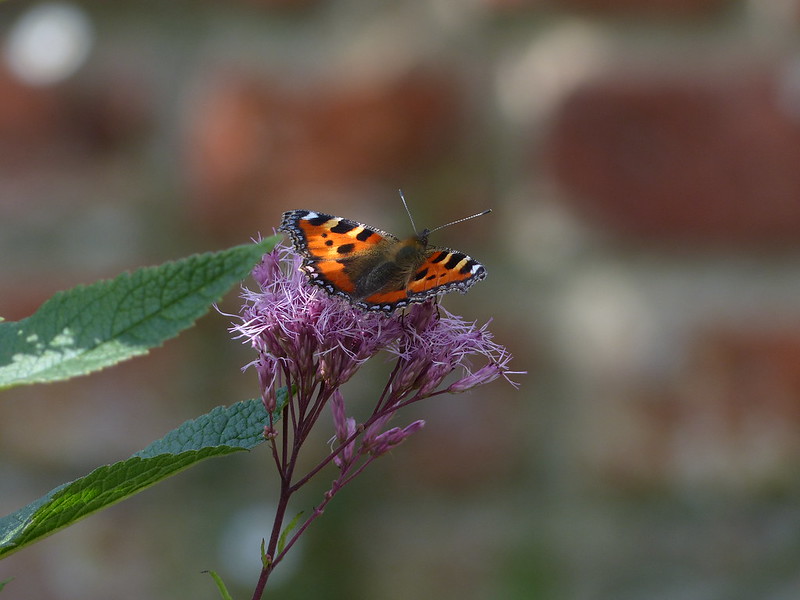 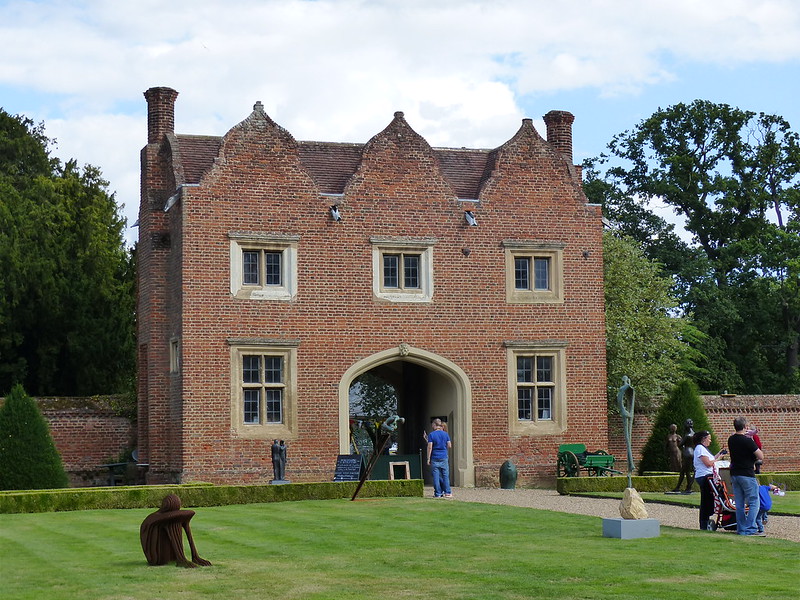 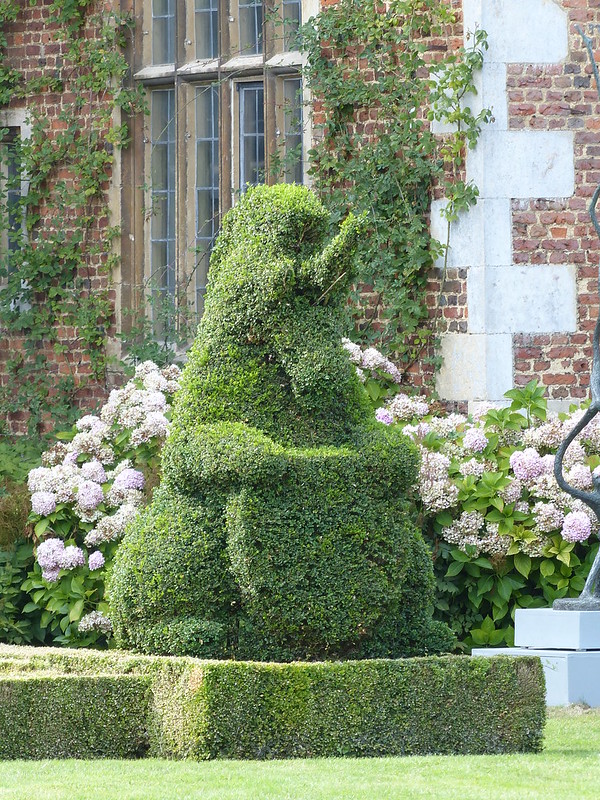 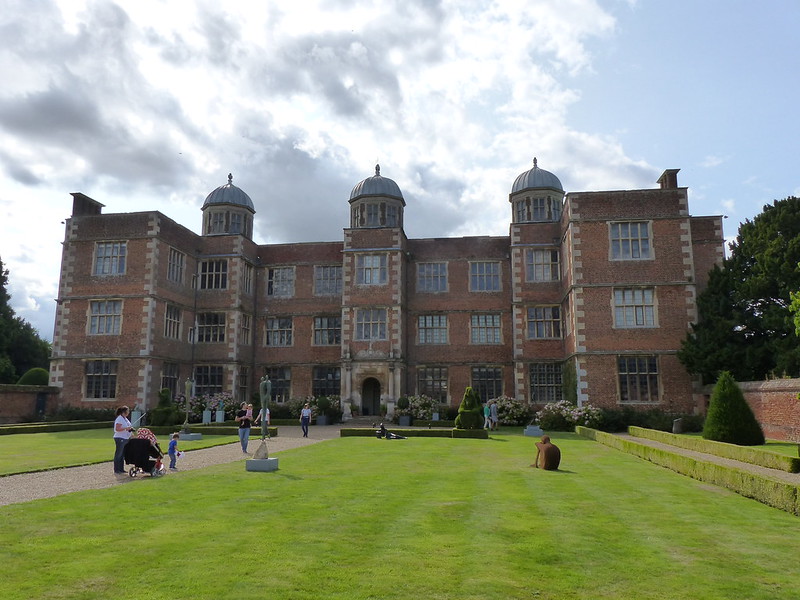 The Hall is Elizabethan and was built, between 1595 and 1600, by Robert Smythson, who was the master stonemason when Longleat was built and who also designed the highly impressive Hardwick Hall, among others. Apparently, it has never been sold, which must be highly unusual. These days it seems to be the centre of a thriving industry, with several shops in the grounds, as well as the cafe and weddings. Not to mention the biennial sculpture exhibition in the gardens….of which, more to follow…