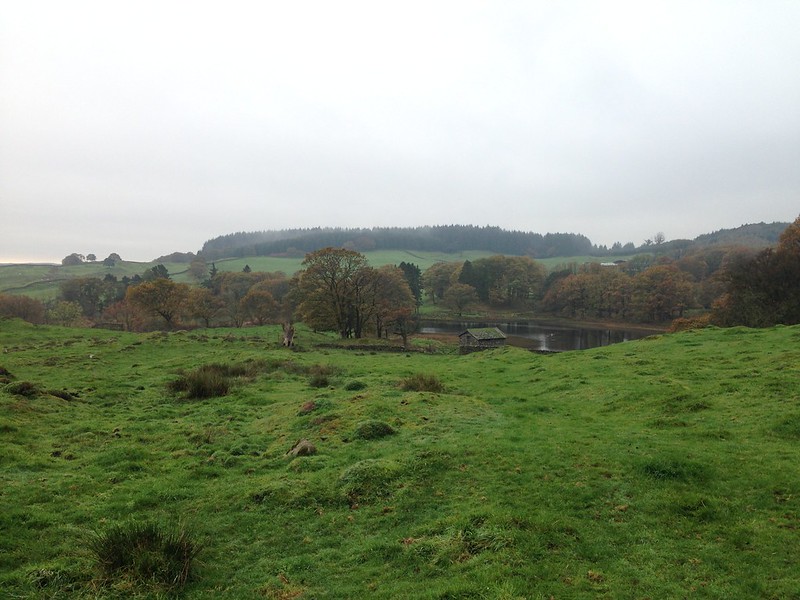 Heading towards the end of October now and it’s the start of our half-term. What better way to begin a holiday than with another visit from Andy and family? They were up to drag TJF out to celebrate his birthday.

On the Saturday afternoon, despite some dodgy weather, Andy was keen to get out to climb Gummer’s How. He assures me that this preceded his relatively newfound obsession with Marilyn bagging. Maybe the prospect of a visit to the nearby Mason’s Arms played a part in his enthusiasm? TBF, TJF and myself were daft enough to join him for a wander in the damp and the drizzle. 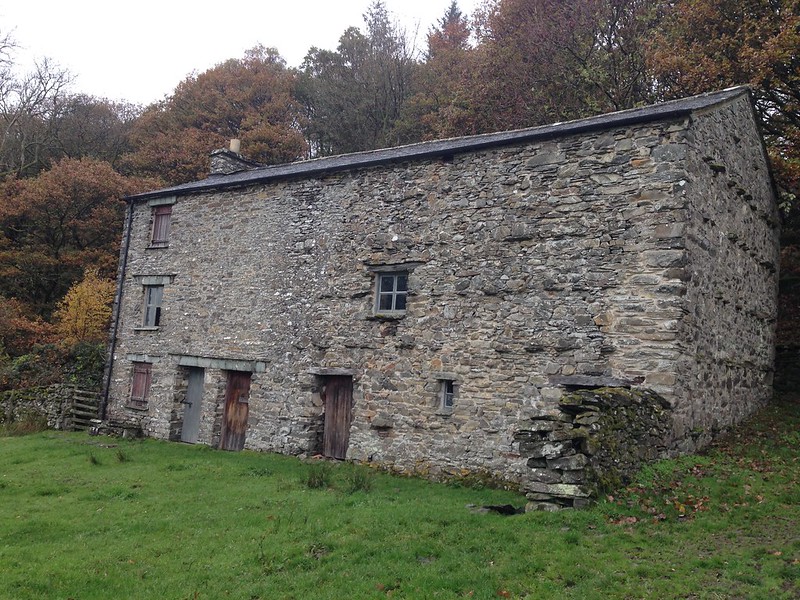 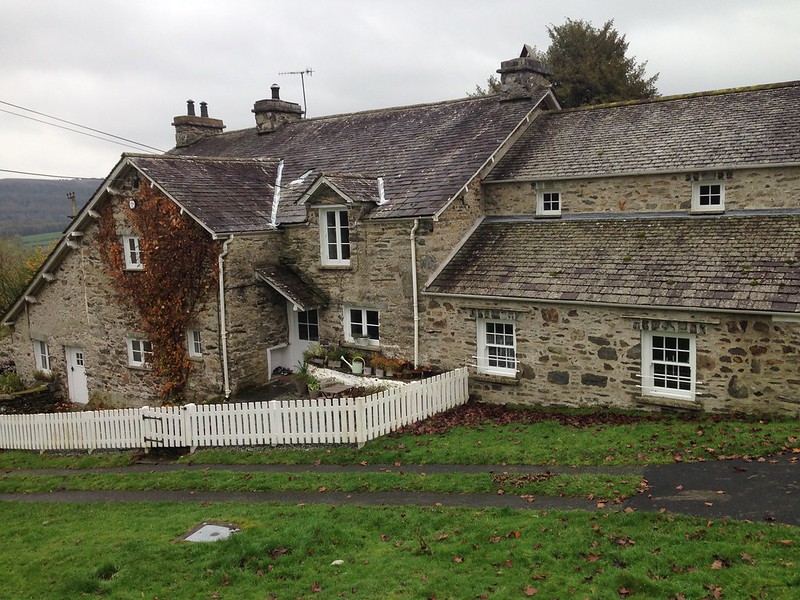 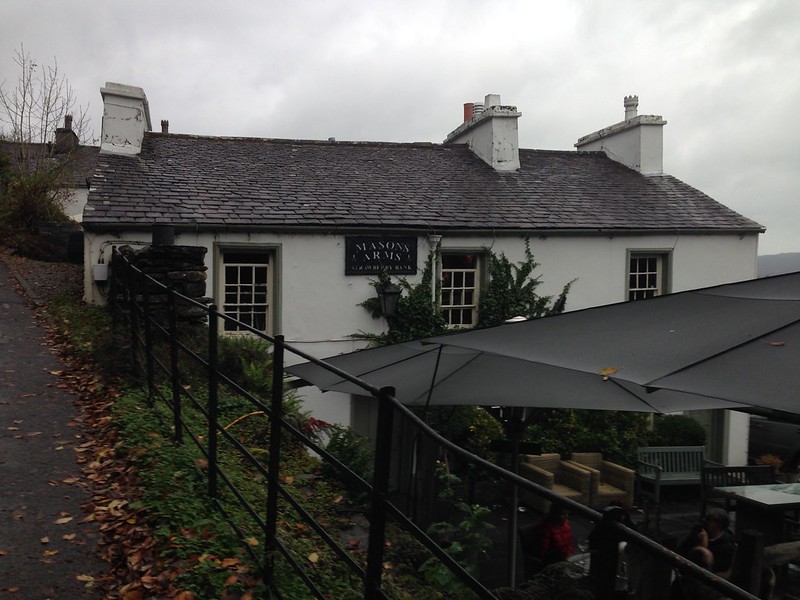 We sheltered under these large brollies for lunch at the Mason’s Arms. I had a salad which featured chorizo quite prominently and was very tasty.

Andy is a bit out of focus here… 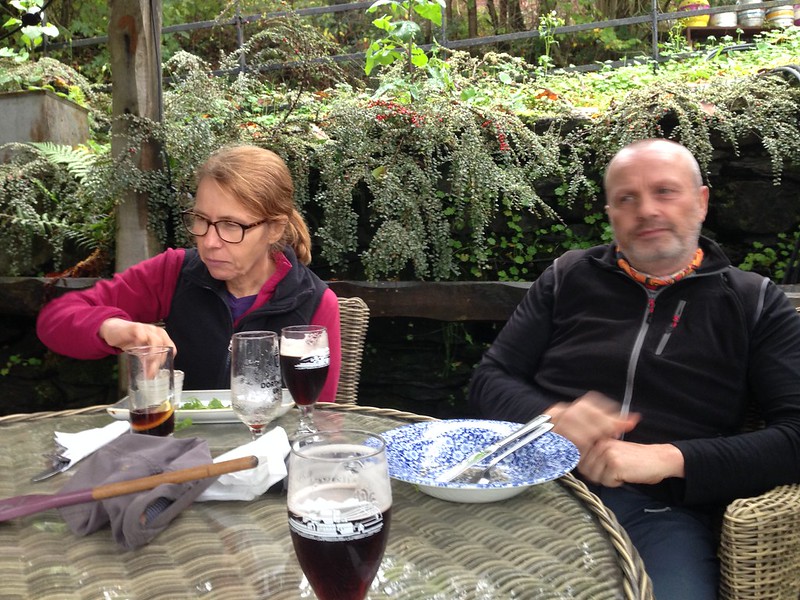 …possibly something to do with the Raspberry beer we were both enjoying? 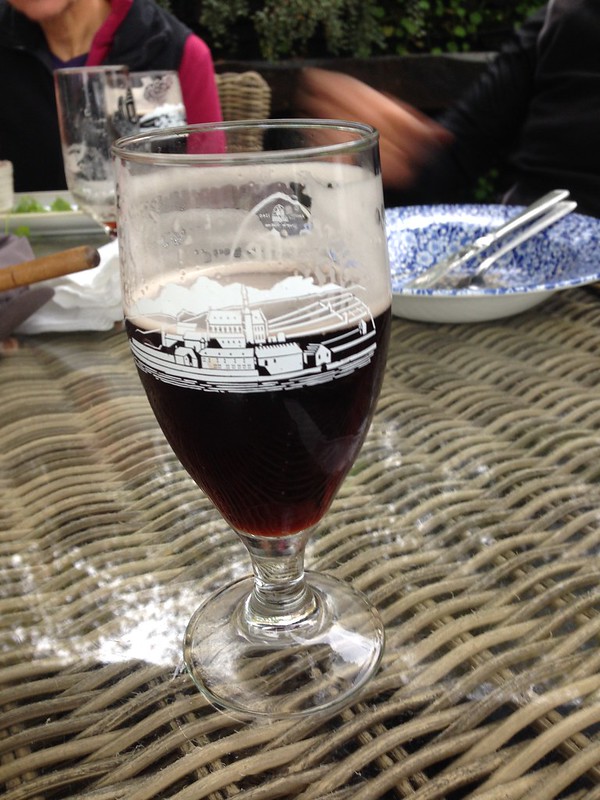 After our stop at the pub, the climb up Gummer’s How felt quite stiff. At first it seemed we wouldn’t be rewarded with any kind of view. 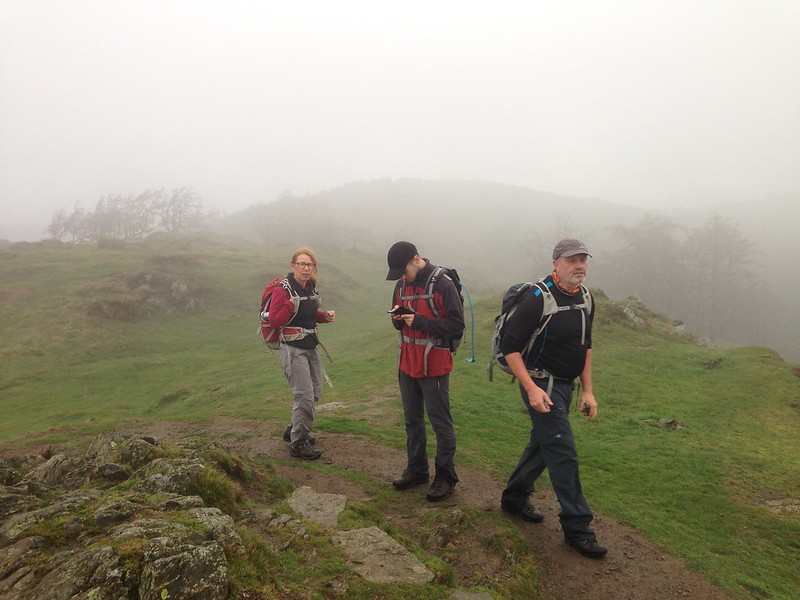 But eventually the cloud lifted at least a little. 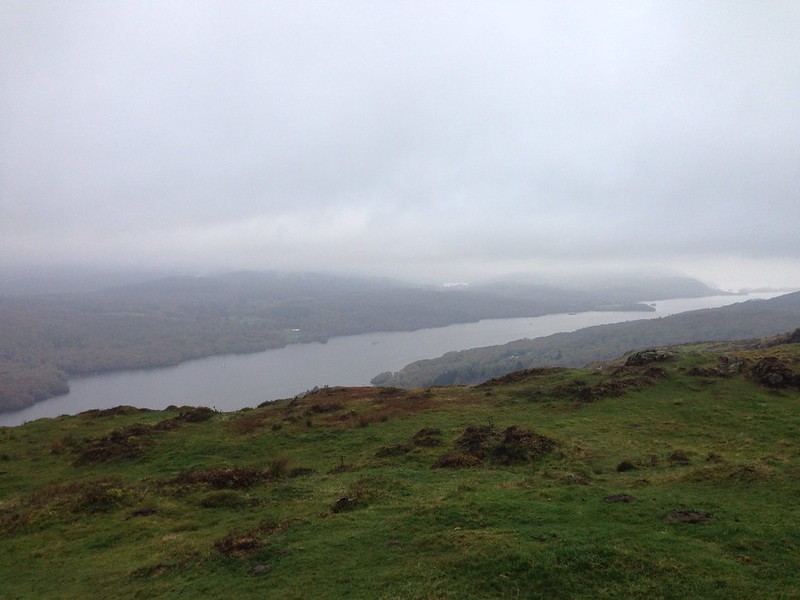 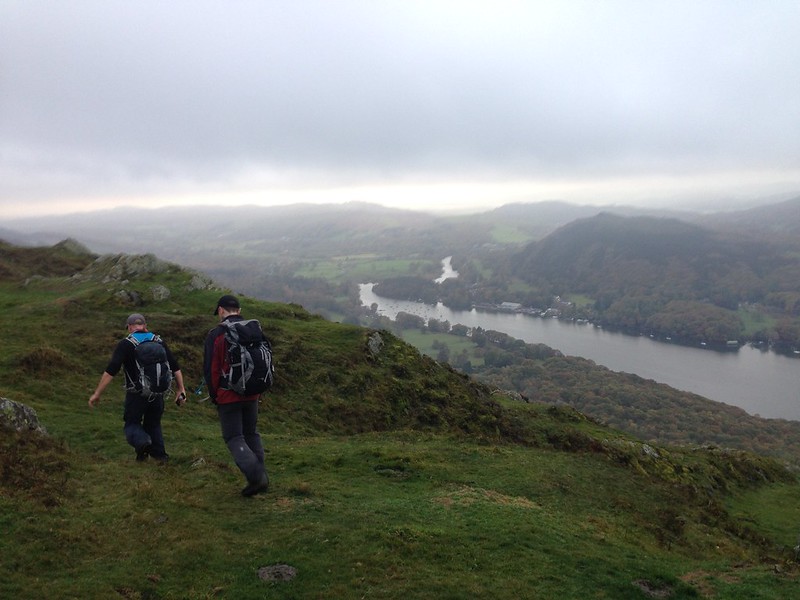 It was a shame about the weather, but I think we made the most of a dreary day. This is a great walk for that purpose, or for a half day in nicer conditions. I did almost exactly this walk, but in reverse, with MM and Dr F a few years ago. Gummer How, Raven’s Barrow and St. Anthony’s have all featured on the blog quite a few times over the years. There’s a search tool hidden away in the top right hand corner if you want to know more.

This is the map I used for my post back in 2011, which includes a diversion in search of the summit of Birch Fell via an entirely spurious pair of very straight lines; in reality we were slaloming between densely planted conifers. Otherwise, I think that this is reasonably accurate. 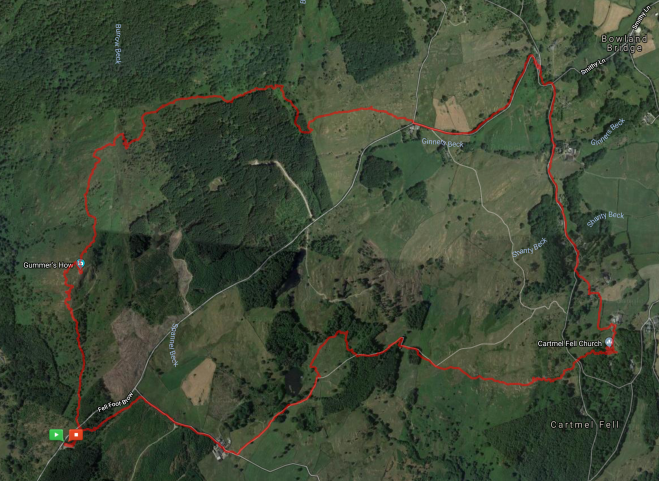