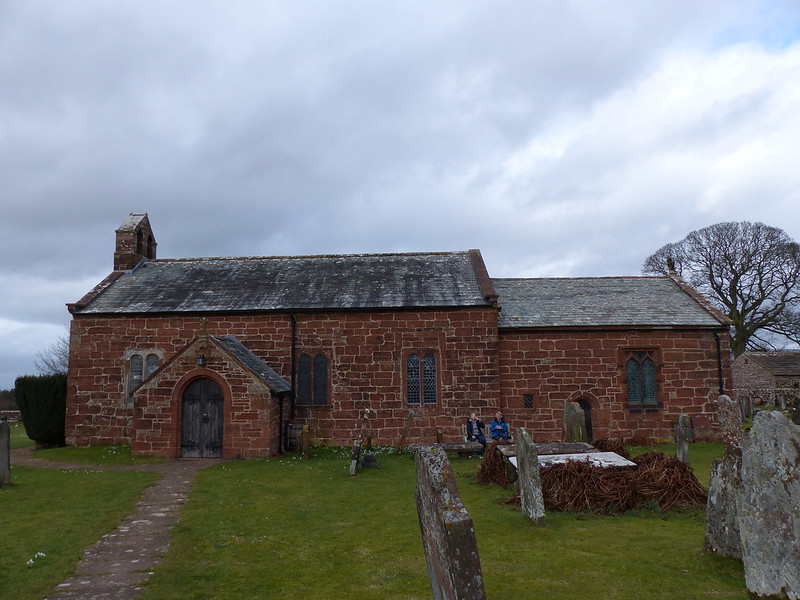 We were all keen to get out for a family walk, none more so than my dad, but he struggles with the cold these days and I wanted to find a route which had both the potential for a good walk, but also the option to cut the walk short if need be. After a bit of deliberation, I hit upon the idea of two shorter walks based around Little Salkeld in the Eden valley. We parked initially by Addingham Church near the village of Glassonby (curiously, the village of Addingham no longer exists).

This walk, or variations on it, have become a firm favourite of ours. Here’s A beside the Saxon Cross in the churchyard… 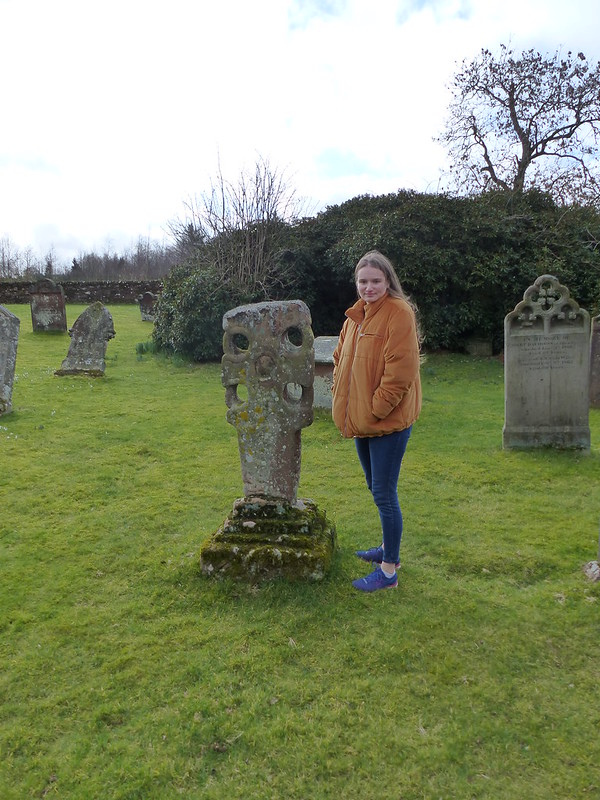 And here she is posing for a similar photo back in 2011…. 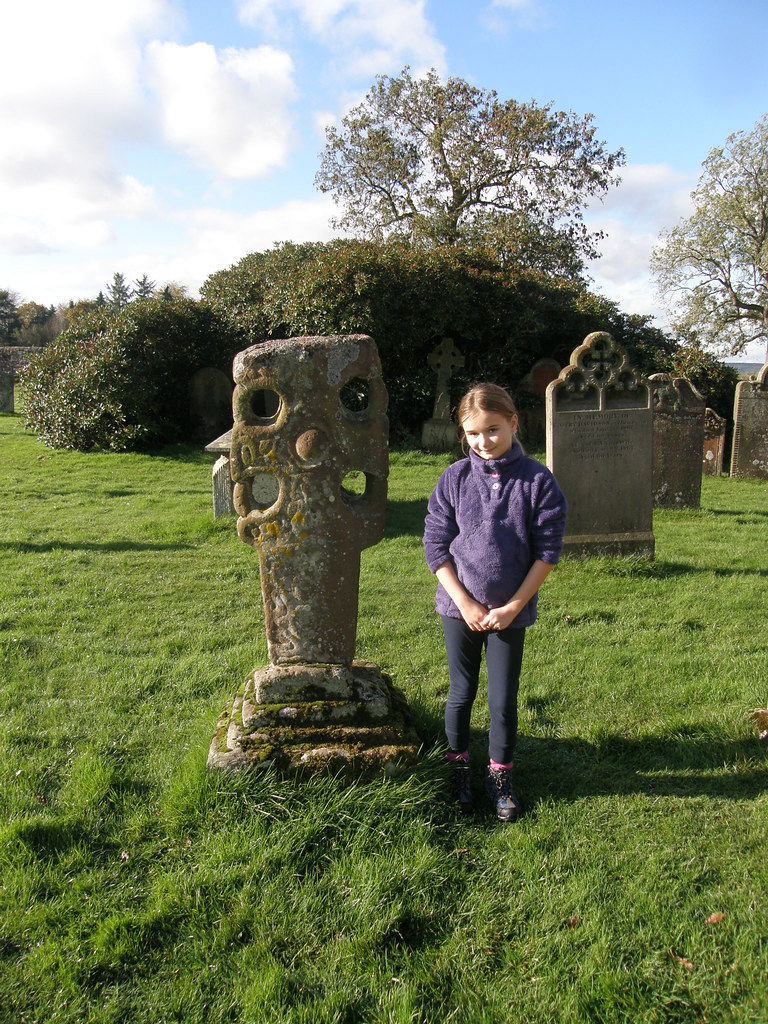 In the intervening years the cross seems to have shrunk! 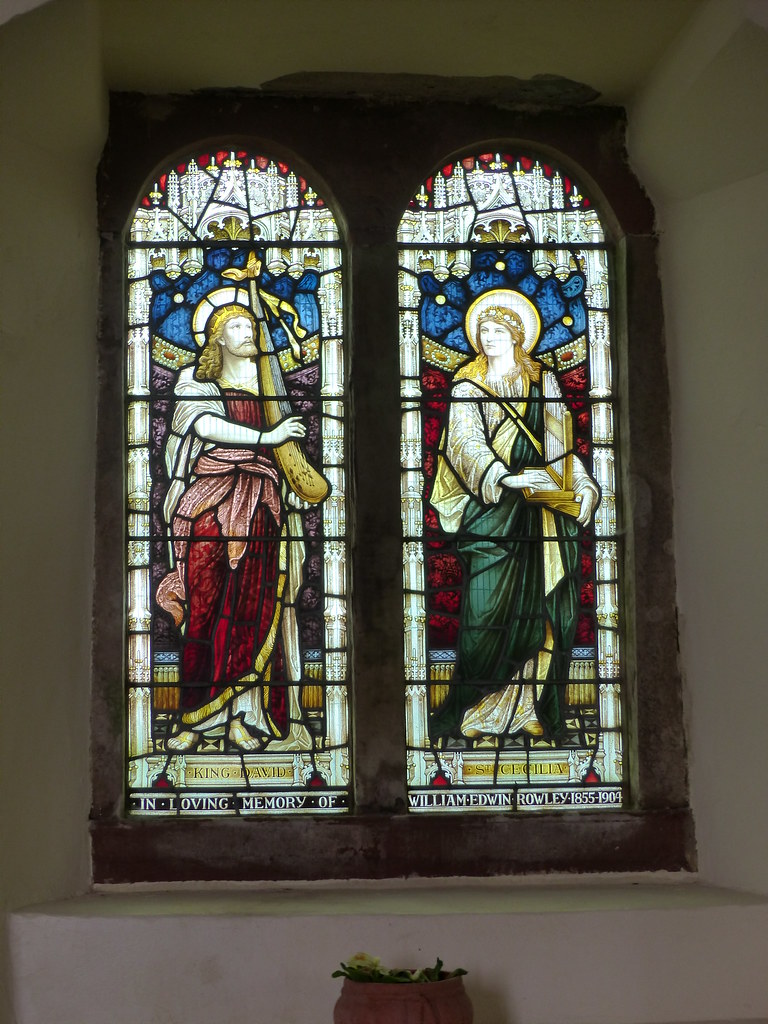 I can rarely resist the temptation to have a peek inside any churches I pass and Addingham certainly repays the effort. The lady on the right here is St. Cecilia, an early Christian martyr. I thought that the instrument she’s shown playing seemed entirely unlikely, but apparently she is often depicted playing it and it’s a real instrument – a portative organ or organetto. My lazy internet research also revealed that St. Cecilia appeared on the reverse of the old Edward Elgar £20 note. There she is bottom left, beneath Worcester Cathedral. Presumably because she is the patron saint of musician’s. I can’t say that I’ve ever realised that she was there. How many times I have handled notes like this one, over the years, without ever really looking at them?

Then again, I didn’t know that King David is traditionally associated with the harp either, a fact which appears in the Book of Samuel, just before the more familiar story of David and Goliath. 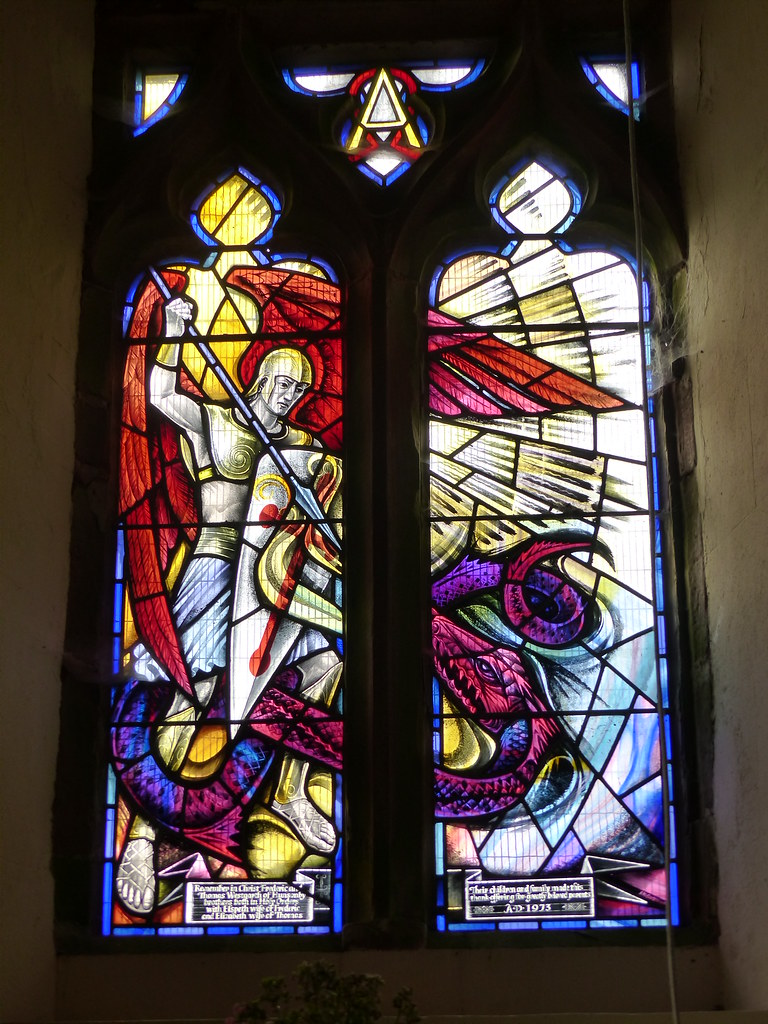 Talking of familiar stories, here’s Saint George and the unfortunate dragon in my favourite window at Addingham. 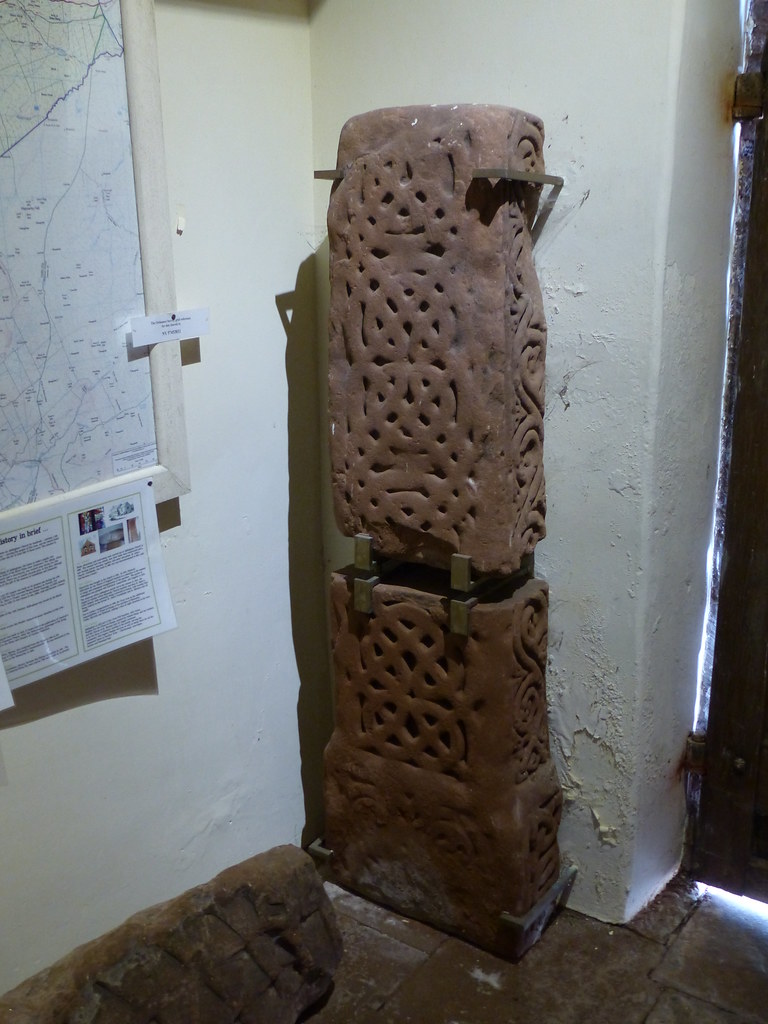 Addingham also has two hogback gravestones, which, I’ve learned, were unique to the Viking settlers in Britain and haven’t been found in Scandinavia. The best preserved example is at St. Peters in Heysham, which I’ve walked past many times, but never been inside – an omission I must rectify soon. 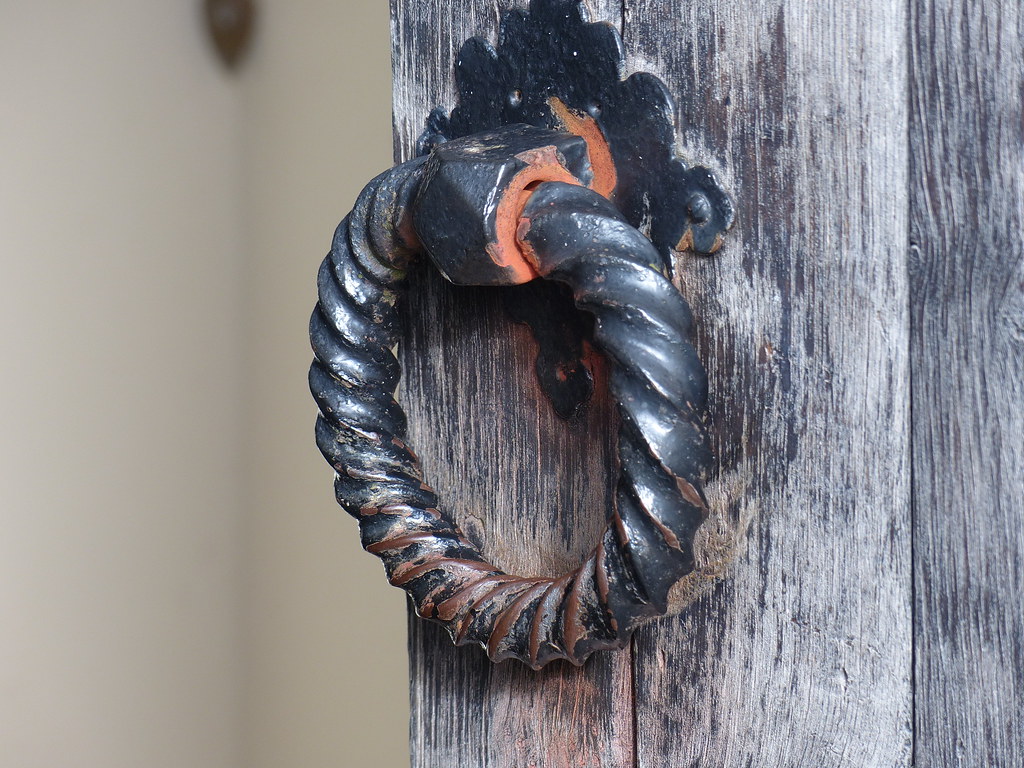 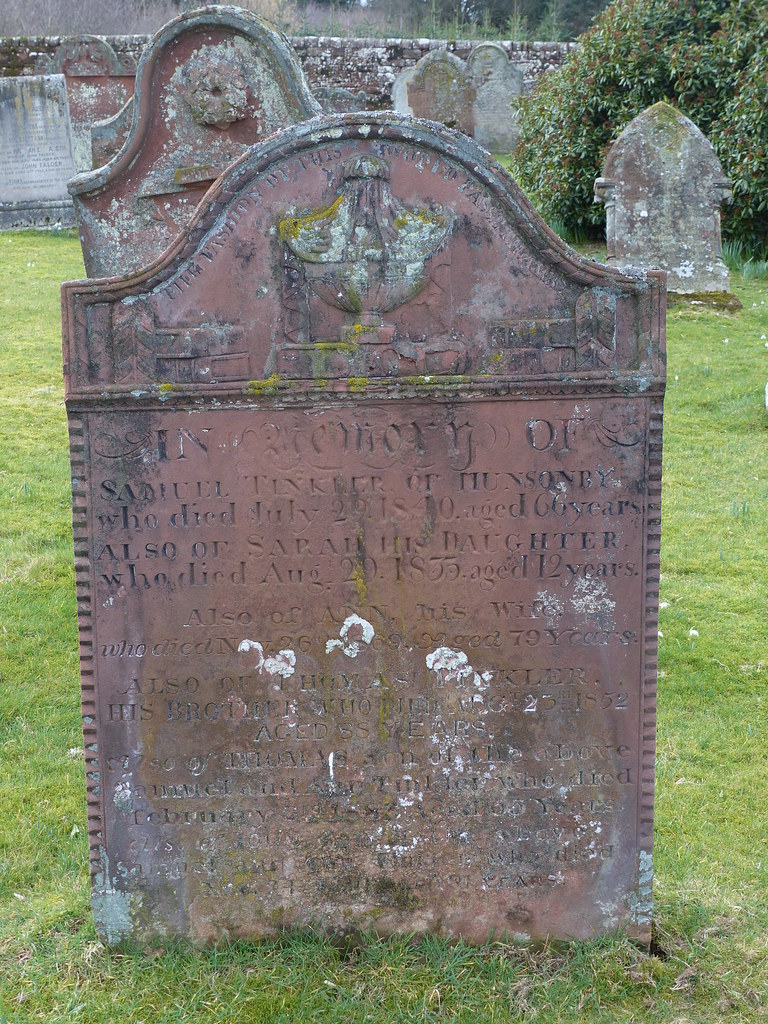 It’s a short downhill stroll from Addingham Church to the huge stone circle of Long Meg and her Daughters. 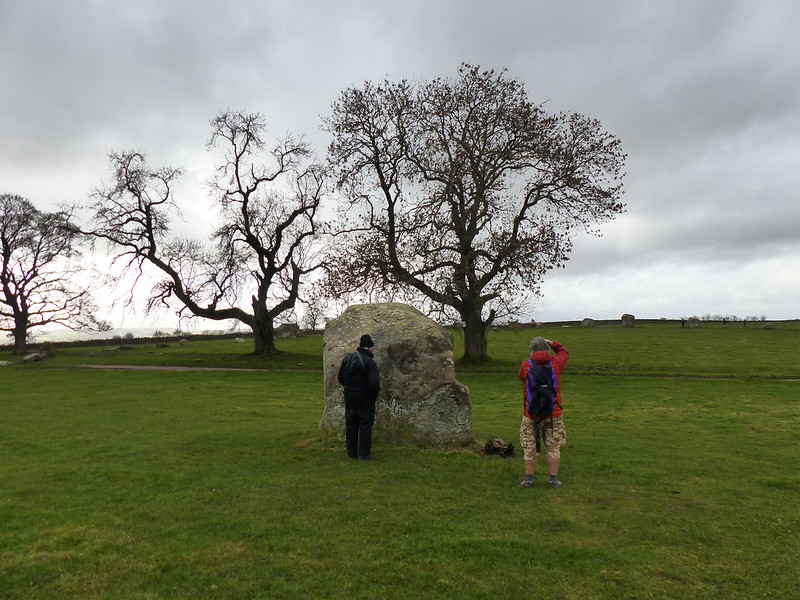 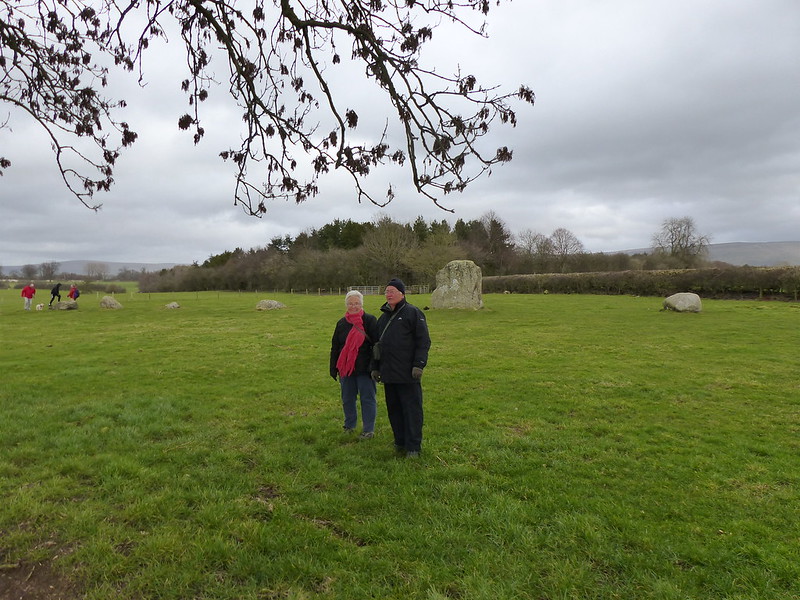 I didn’t take many photos on this occasion, just these of my mum and Dad and my brother, but the stones have appeared on the blog many times before. 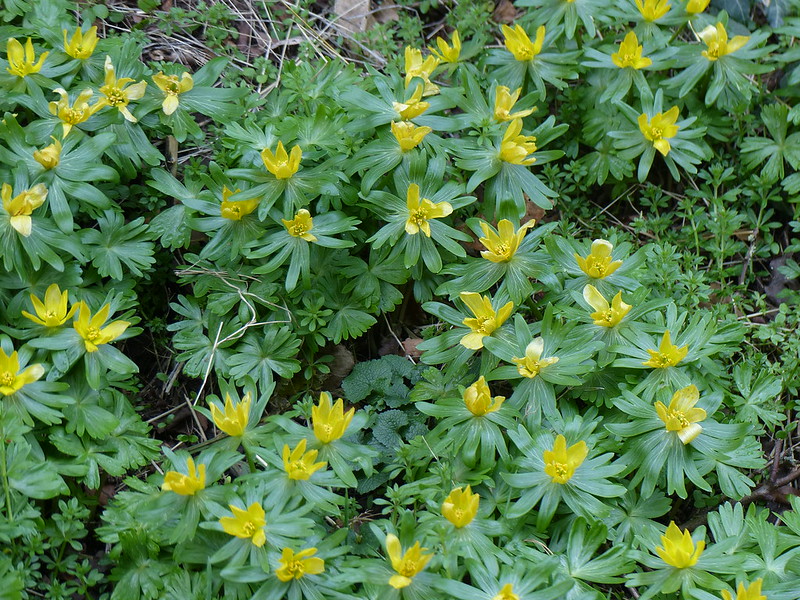 Winter Aconites on a roadside verge.

Another short stroll brings you to Little Salkeld, where we enjoyed a fabulous lunch in the cafe at the Watermill…. 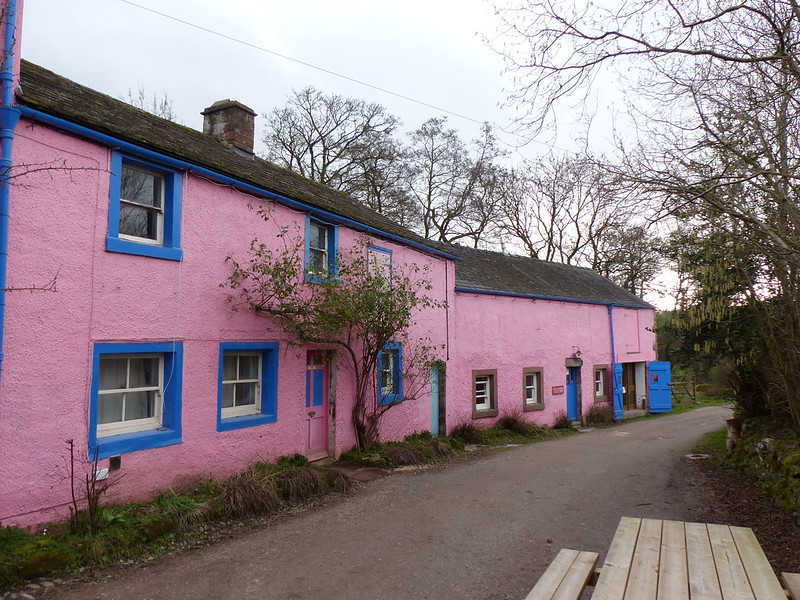 Steve and I then walked briskly back up to collect the cars and park them in Little Salkeld, whilst the rest set-off for a wander along the River Eden to Lacy’s Caves… 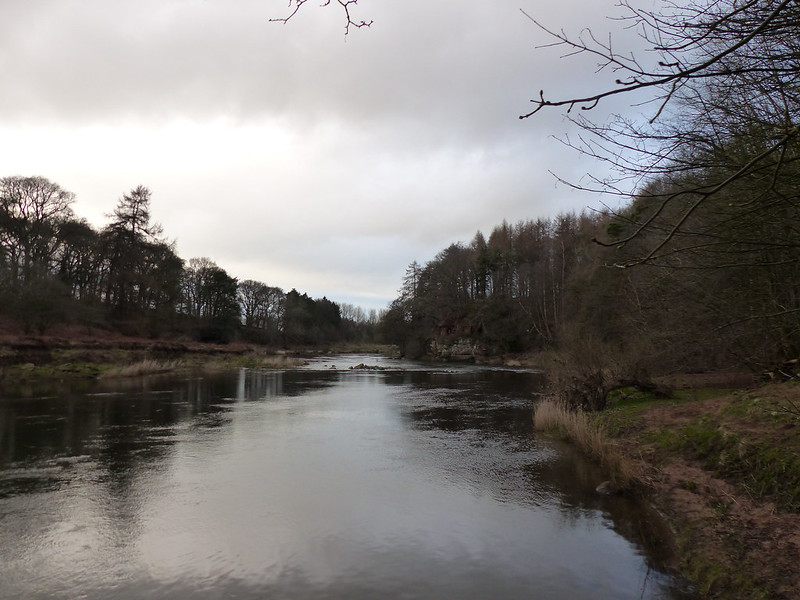 We managed to catch them up at the caves themselves. 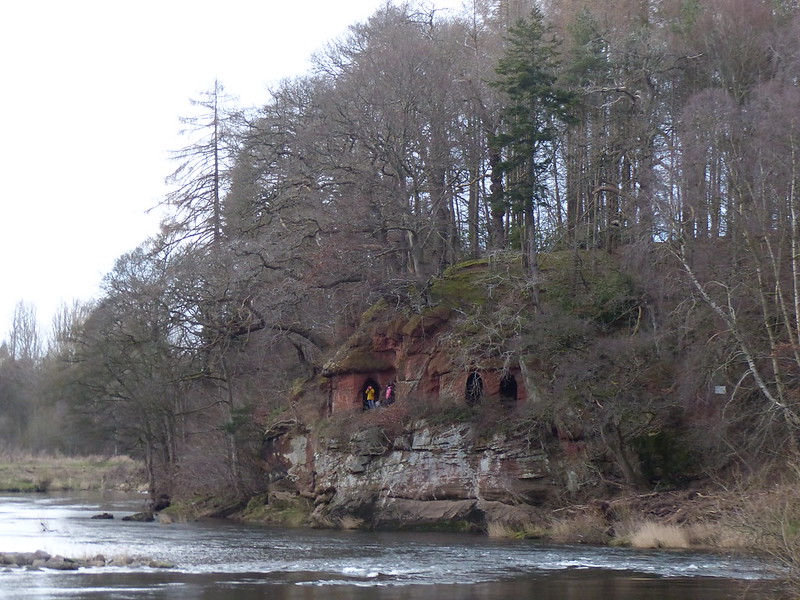 By the time we had turned to walk back to Little Salkeld, an already cold day had become even colder, but that didn’t detract from a marvellous family outing.

Half-term Happenings: Back to Little Salkeld

4 thoughts on “Half-term Happenings: Back to Little Salkeld”