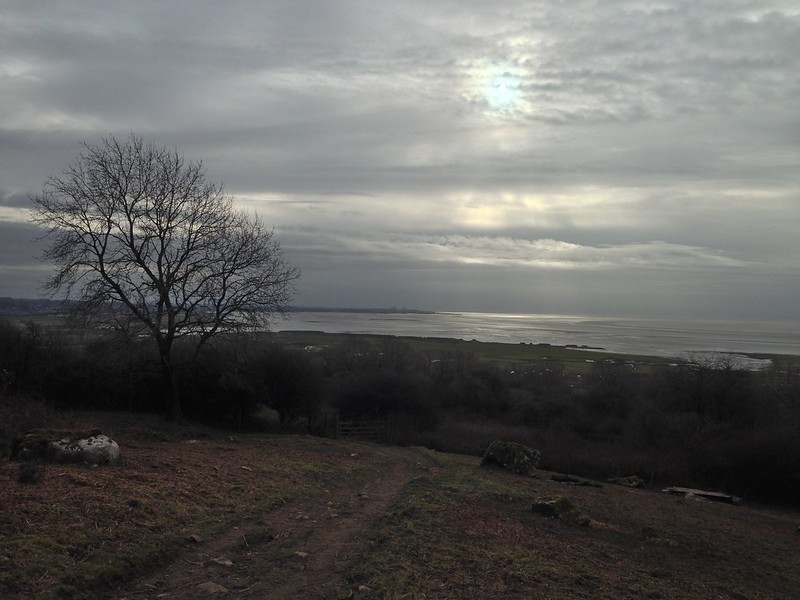 On the Tuesday of the half-term week my brother took his kids to Kendal to see how far his Swiss Francs would go in British shops. (The answer being a very long way.) 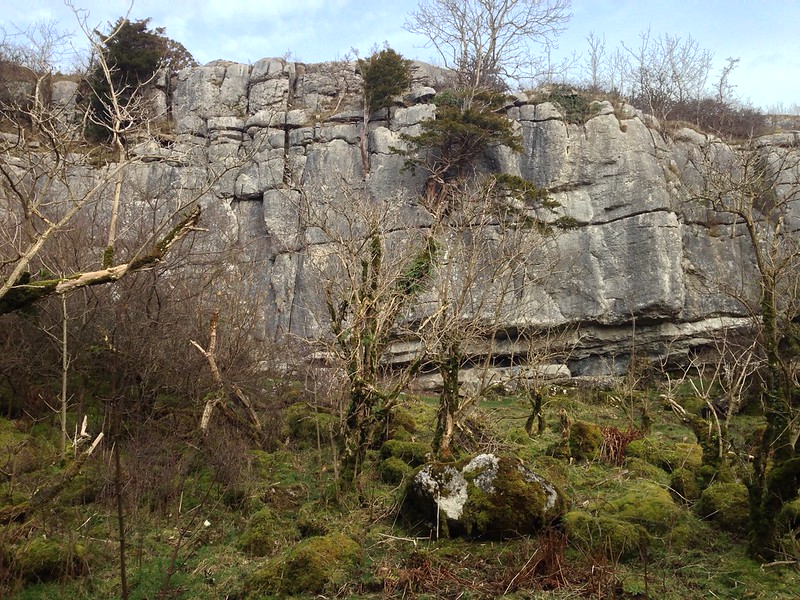 TBH had some reason to pop to Carnforth so I sponged a lift part of the way. She dropped me by the limekiln on the Low Road. From there a path climbs to the High Road. It’s a path I rarely use because the only way to get there is from a fairly busy road, so this was a good opportunity to reacquaint myself with this, albeit short, section of local footpath. 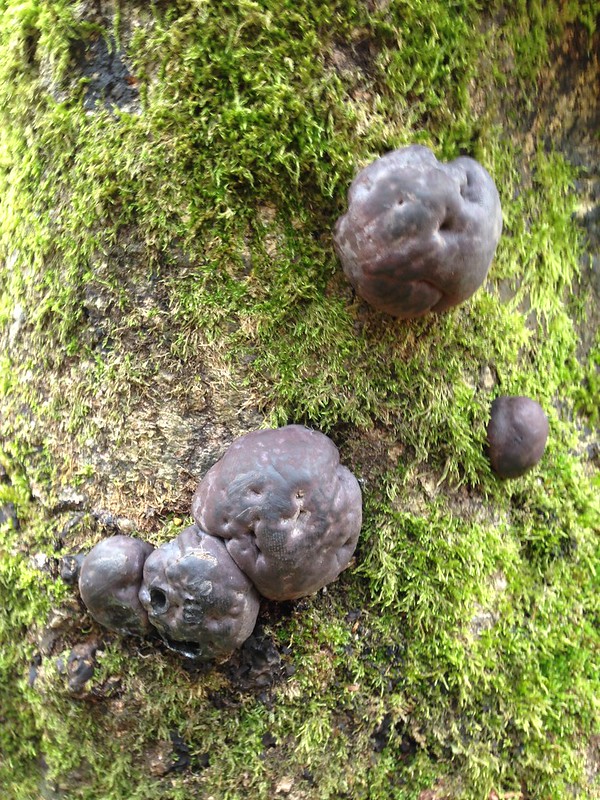 King Alfred’s Cakes on a tree-stump.

From the High Road I took another path I don’t often use, which wends its way up to the top of Warton Crag.

It was quite gloomy over the Bay, but the view from the Crag is always worth the climb. 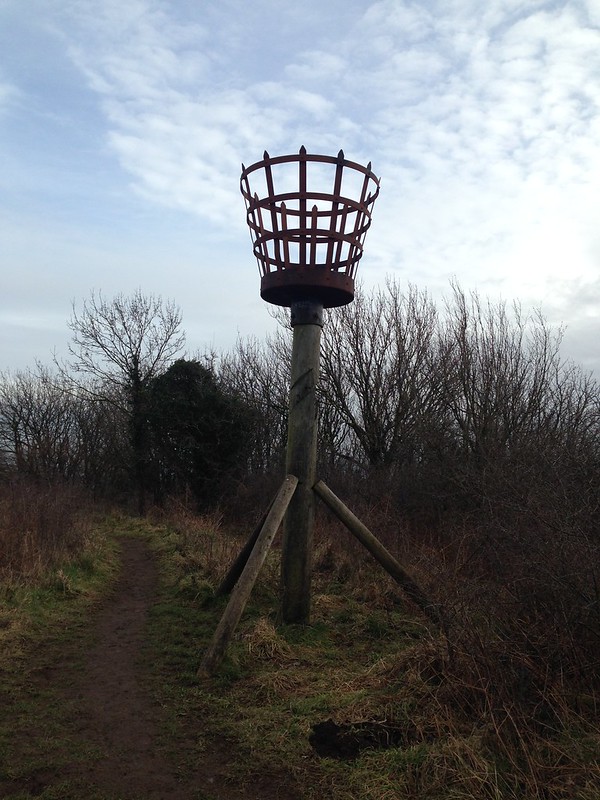 Whilst I often head north to climb Arnside Knott, it’s much less often that I find myself walking up the Crag. There are various sound reasons for that fact, but the bizarre thing is that I find myself feeling guilty for neglecting the Crag, as if it were an old friend to whom I’m showing a cold-shoulder. I have to remind myself that Warton Crag, site of a some sort of Bronze Age settlement, made of limestone laid down beneath a shallow, warm, pre-historic sea and subsequently scoured by glaciers, is probably not overly bothered by my choices! 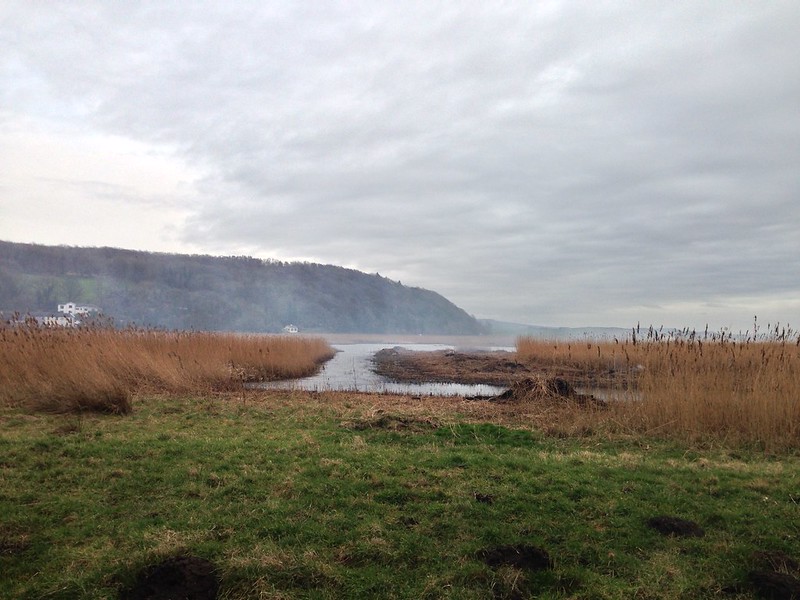 Down at Barrowscout Field the reeds had been cut and the trimmings burned; hence the smoke drifting across the photo above. 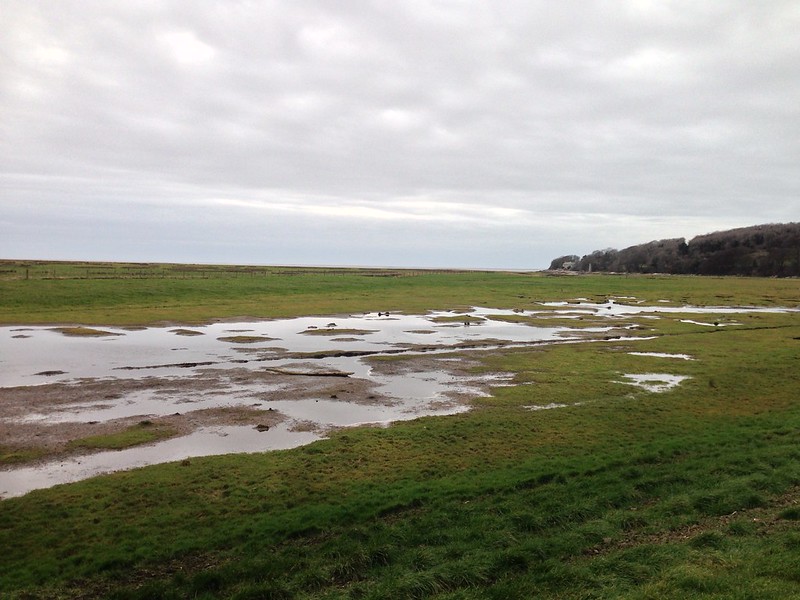 I returned home via Quaker Stang, where there was evidence of a recent spring tide, then Heald Brow, Woodwell and Bottom’s Wood.

The following day we went Go-Karting on an indoor track in Preston, which was great fun, but unfortunately I have no photos of the action to share. Anyway, the boys were both quicker than me, so the less said about that the better.