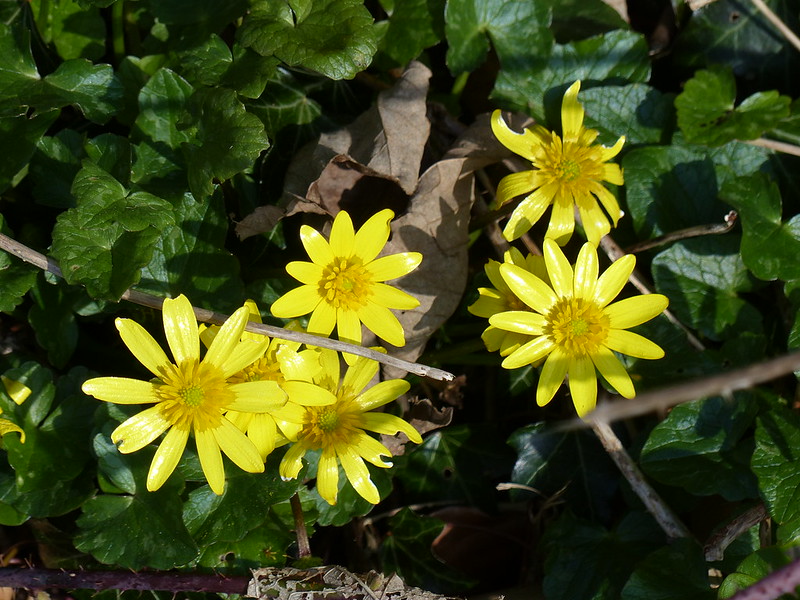 Lesser Celandines performing their salute to the sun.

Obviously, the words ‘February’ and ‘heatwave’ simply don’t belong together, at least, not in Britain. But this year we really did have a few days of genuinely warm weather at the end of that month.

My brother and his kids had flown home to Switzerland on the Saturday. We’d booked a family trip to the escape room in Lancaster to end our half-term on a high note. Since I’m in training, I wanted to squeeze in as many miles and as much ascent as I could in the limited time available. 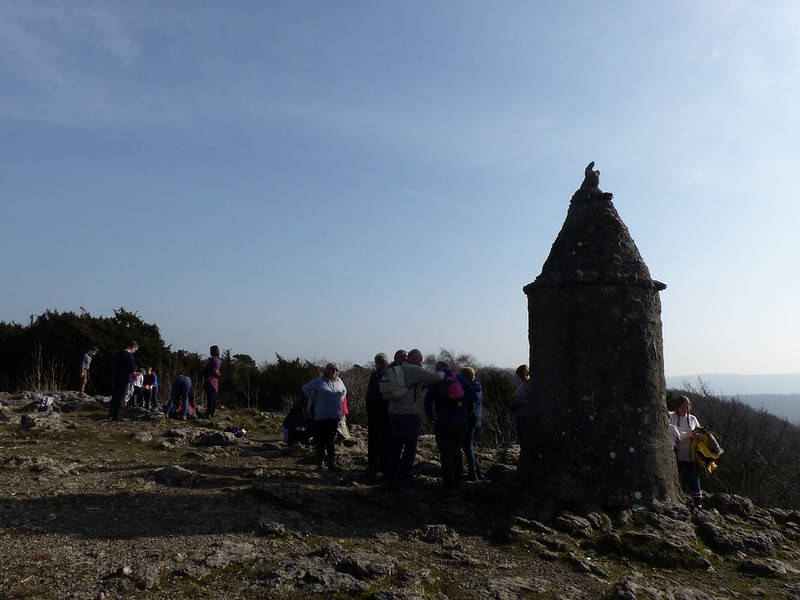 The forecast seemed to have brought out the crowds and the Pepper Pot was about as busy as I’ve seen it. Later, on Arnside Knot there were numerous groups sitting in the sun, apparently enjoying picnics or just sunbathing and enjoying the slightly hazy views. 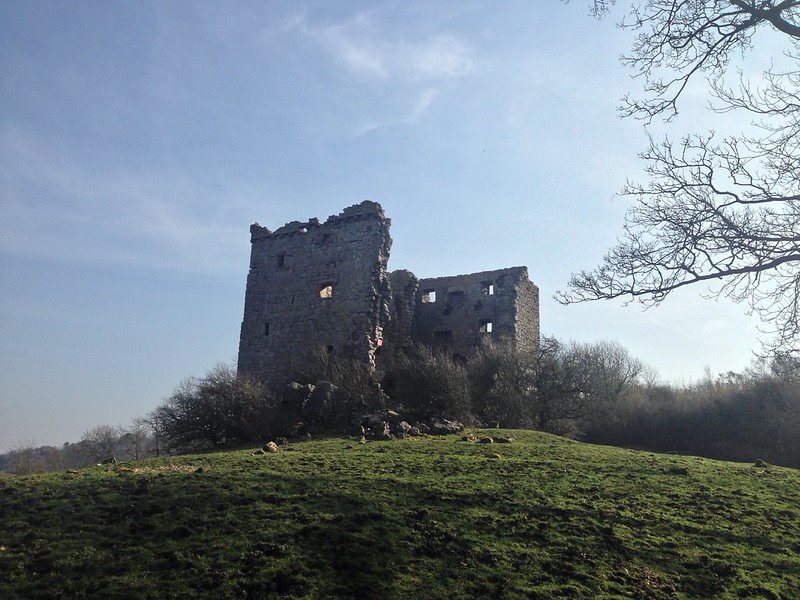 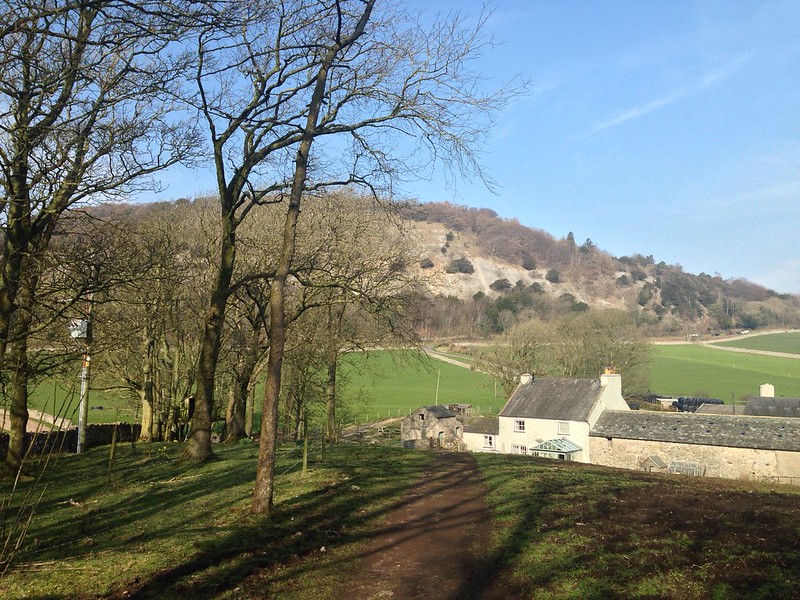 There were quite a lot of butterflies about. 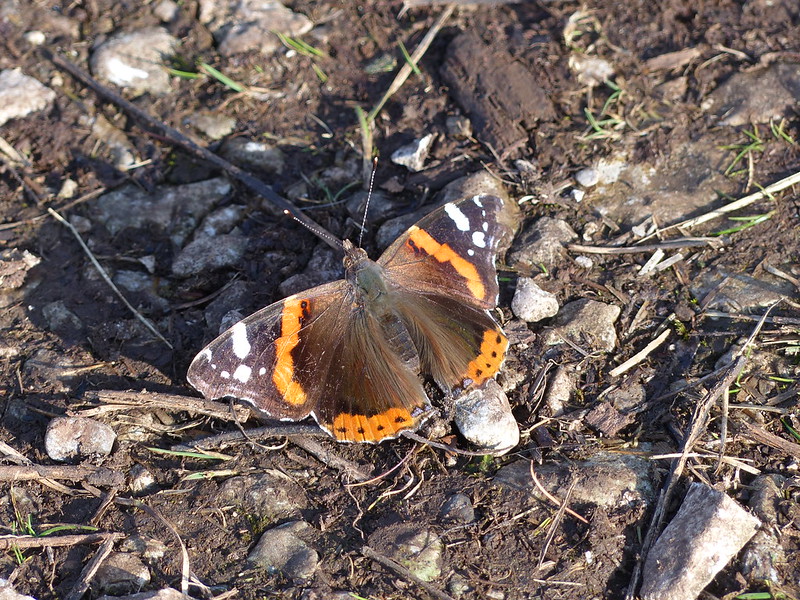 I didn’t want to hang about chasing them with my camera too much, but couldn’t resist this Red Admiral which was sunning itself by the trig pillar on Arnside Knott.

I’ve read that last summer’s long hot spell benefited some species of butterfly, but I can’t imagine that this spring, which continues to have alternate periods of unseasonably warm weather, followed by some very cold snaps, can have done our butterflies much good. 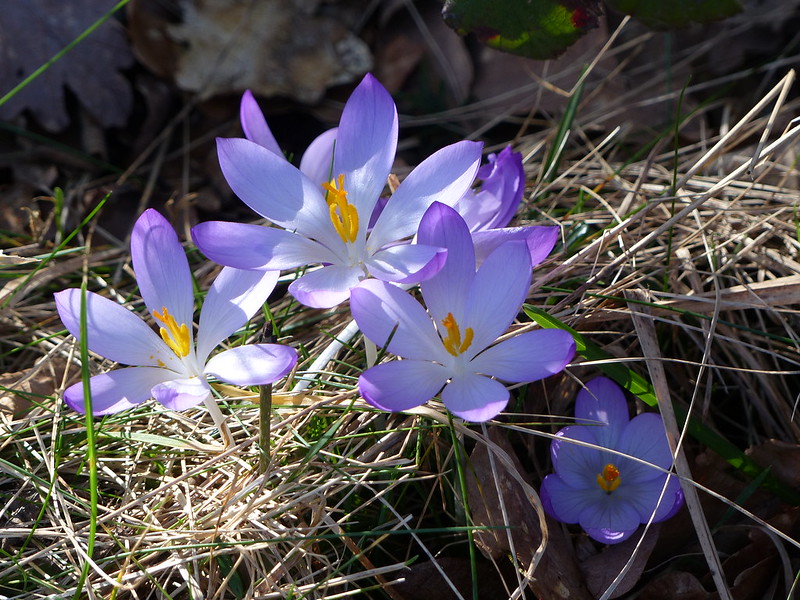 There were lots of Crocuses in flower on the driveway of Arnside Tower Farm, but I was surprised to find them at the base of a sapling near the top of the Knott. Crocuses are not a native species, so either these have self-seeded here, or somebody has planted bulbs, but that seems like an odd thing to do. Either way, they looked fantastic. 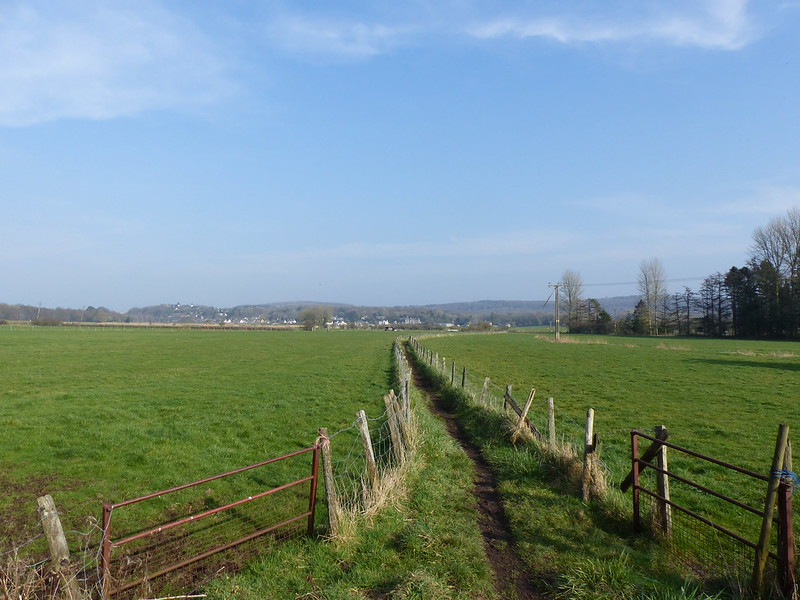 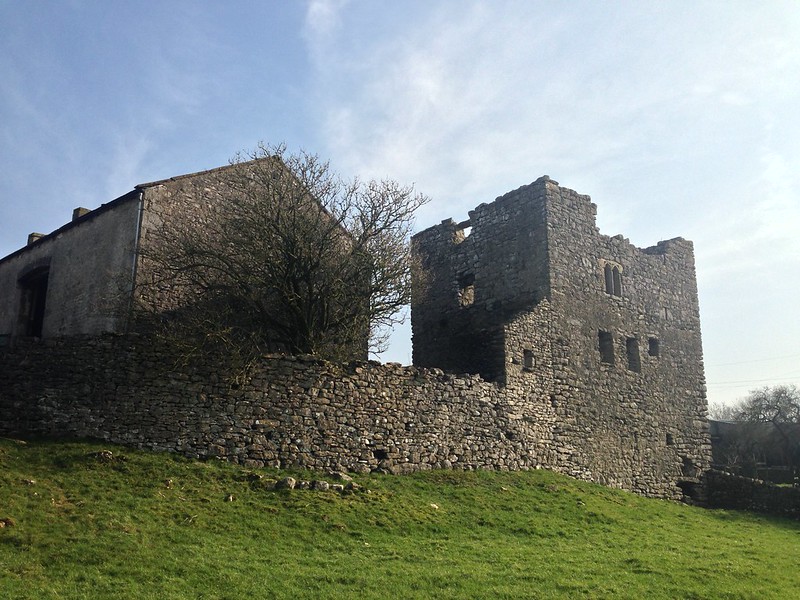 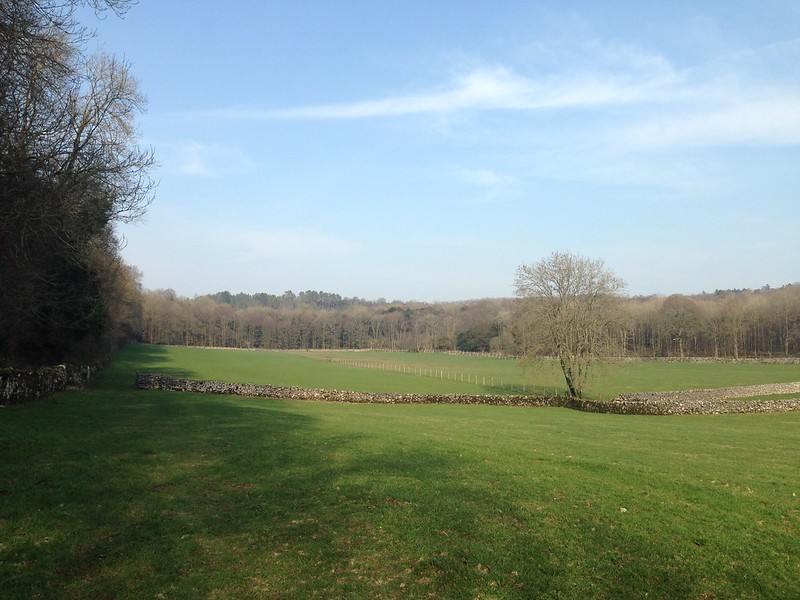 A path runs along the lefthand (west side) of these fields. It’s not one I walk all that often, but I used it on this occasion so that I could make a circular loop taking in Beetham Fell.

After this, it began to cloud up and by the time I was walking alongside Silverdale Moss towards home there was a nip in the air. It began to feel like February again.

Mapmywalk tells me that I had walked a little over 10 miles, with considerably over 1100 feet of ascent in a little under 4 hours. I was chuffed with this, since it’s the sort of pace I’ll need for the 10in10 challenge. Admittedly, that will involve a great deal more climbing, but this was a start at least.

At the escape rooms, I found myself handcuffed and apparently accused of murder. Fortunately, we were able to locate the key to the cuffs, escape from the police cell and even identify the actual culprit. I can’t say it was really my cup-of-tea, but it was an interesting experience and I think the rest of the family were much more impressed than I was.

In the summer, I shall be attempting to complete the annual 10 in 10 challenge. Briefly, the idea is to walk a route over 10 Wainwrights in 10 hours or less.  You can find out more here.