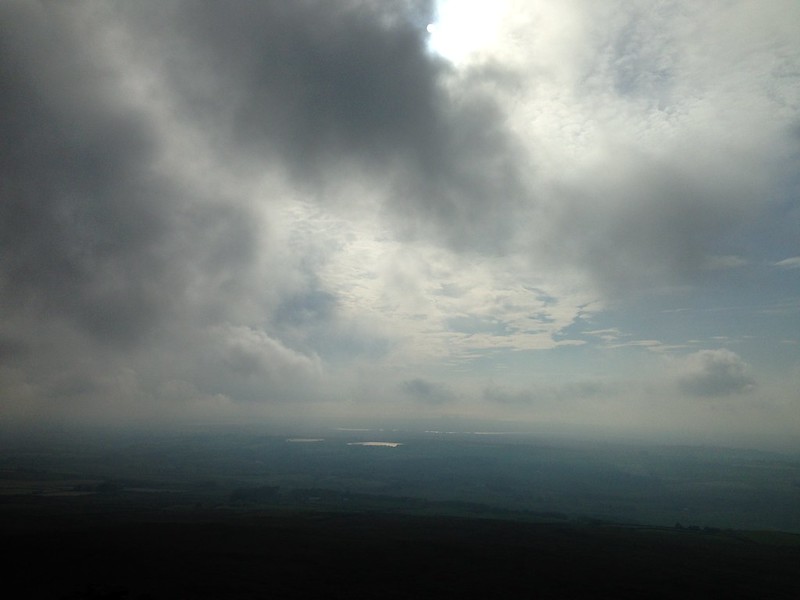 A hazy view toward Morecambe Bay from Clougha Pike.

Okay, the weather has been a bit ropey so far this summer, but there have been some pleasant days too. This was another evening outing, this time taking advantage of the proximity of the western edge of the Bowland Fells to Lancaster, where I work.

I parked in the Rigg Lane car park and from there took an almost out and back route, via Clougha Pike, except that I diverted off the ‘ridge’ path to visit the Andy Goldsworthy sculpture and then followed the track from there which looped around back to the main path east of Grit Fell, from where I turned back for the car via Grit Fell and Clougha Pike again. 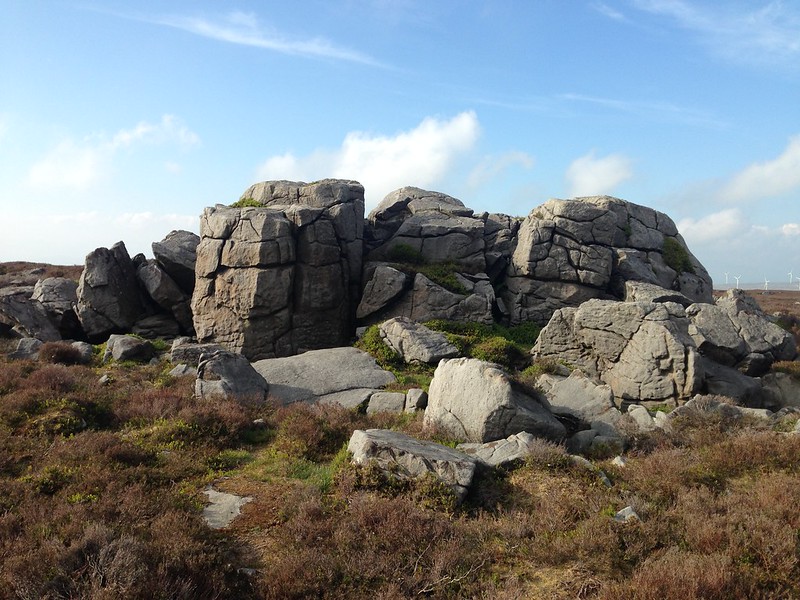 The Bowland Hills are moorland, but occasional, scattered rocky knolls add some character. 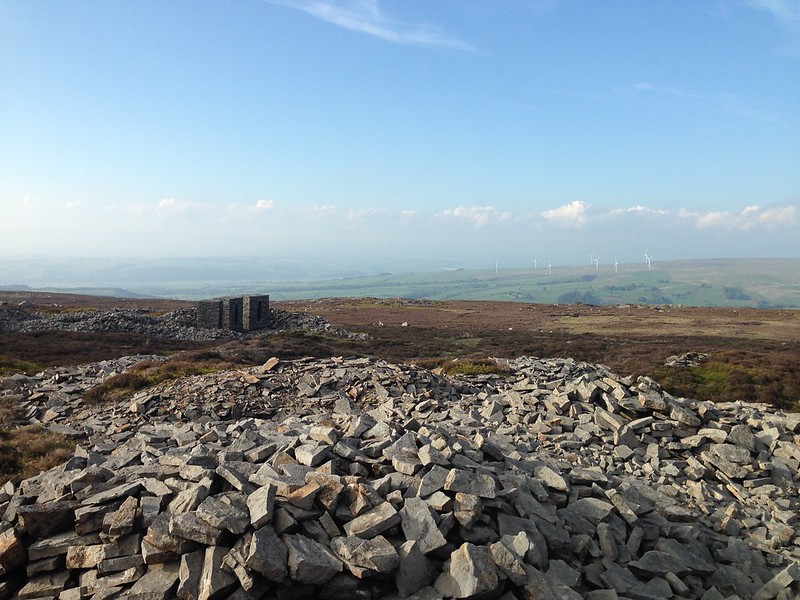 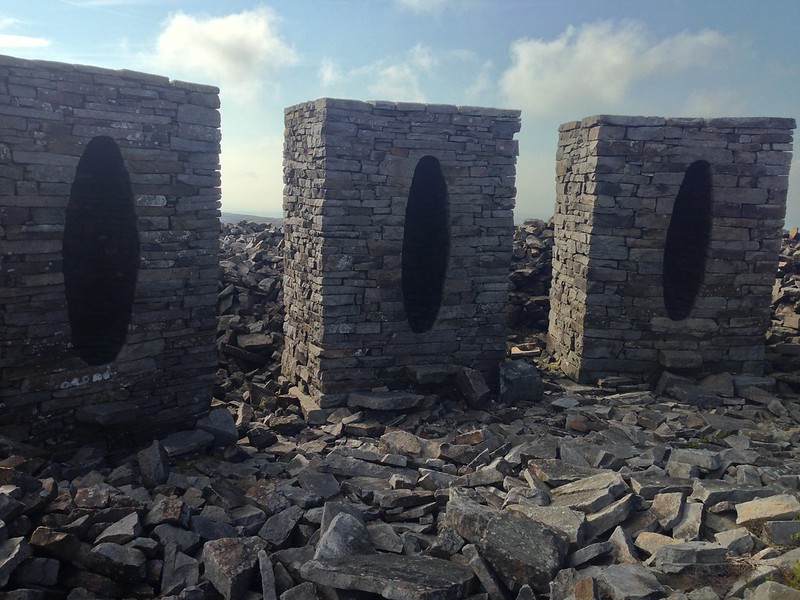 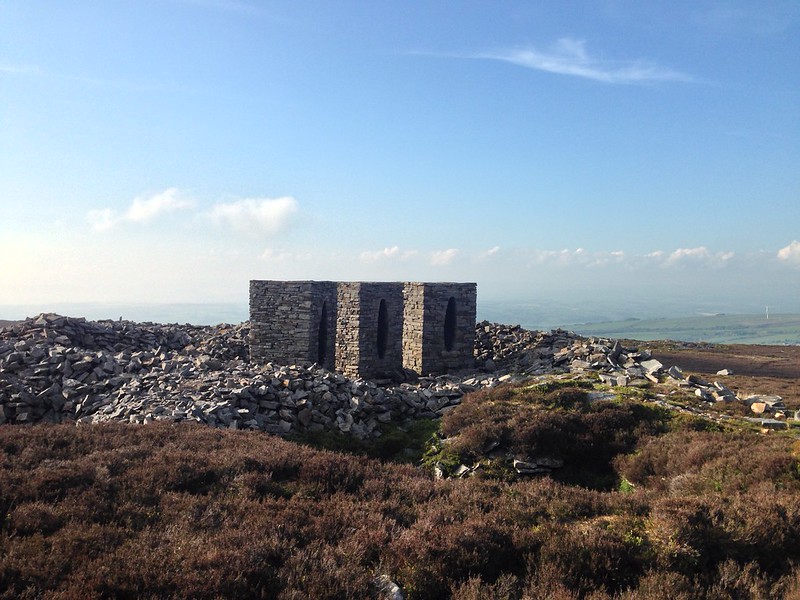 Near to the sculptures, this neat curved structure… 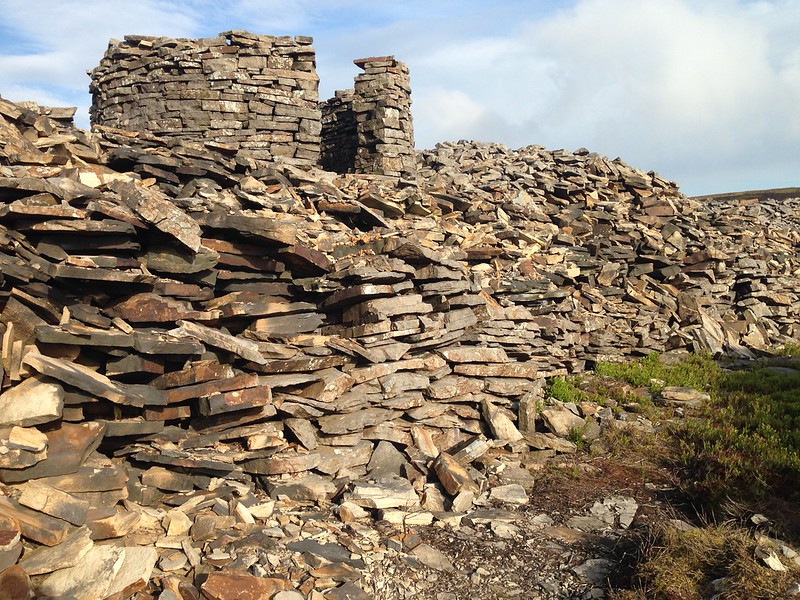 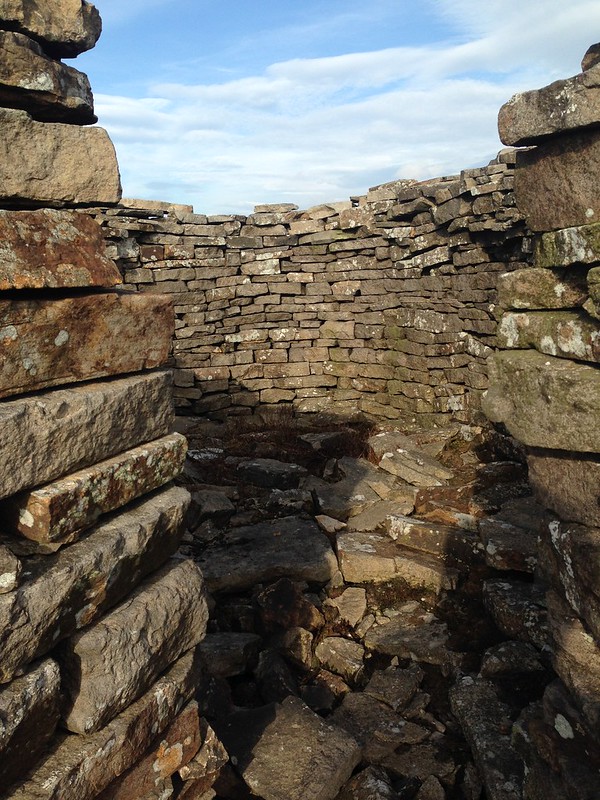 It occurred to me that it might be a Grouse Butt, although it’s quite large for that and also very poorly camouflaged.

Seen from Lancaster or Morecambe, Clougha Pike looks very imposing, but on the map it barely seems to be a summit in its own right, looking more like an edge on the flanks of Grit Fell. Approached from Grit Fell however, it does have a clear independent identity… 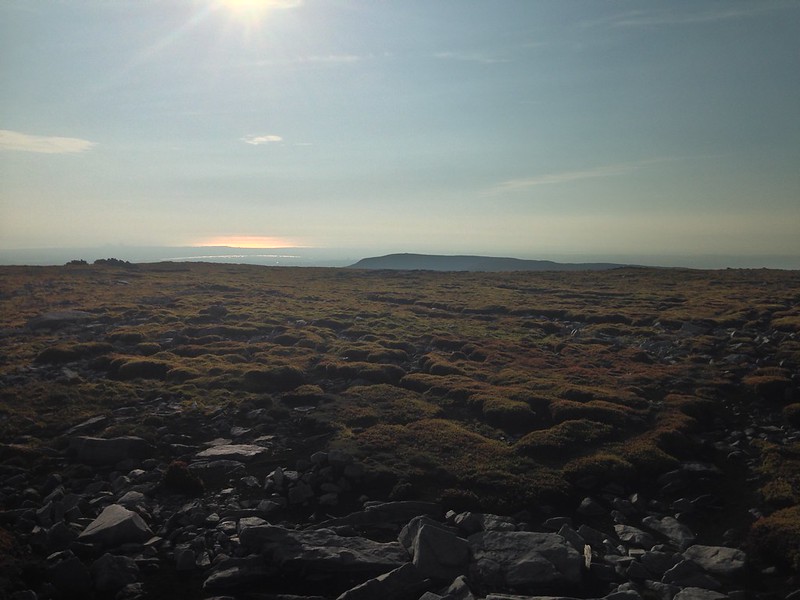 I found a party of four enjoying a picnic on the summit, so dropped down the edge a little way before stopping for my own snack and brew. Whilst I sat, I had a superb view of a male Kestrel flying very close by parallel to the edge. I’d seen a male Kestrel, possibly the same on, as I first reached the edge during my ascent. There had been Meadow Pipits too, many Red Grouse, and some Curlews, loudly demonstrating their objections to my presence.

As seems to be obligatory this year, this hill walk included several encounters with hairy caterpillars… 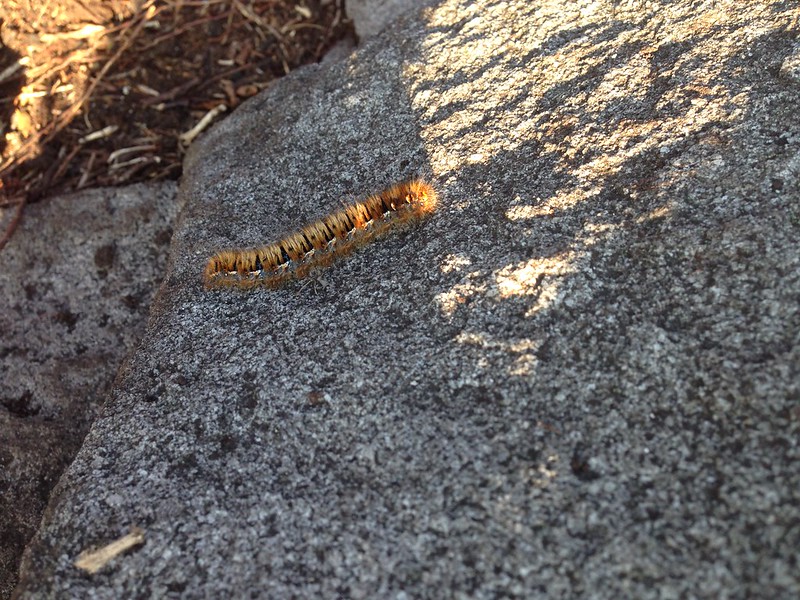 I saw three of these hirsute fellows… 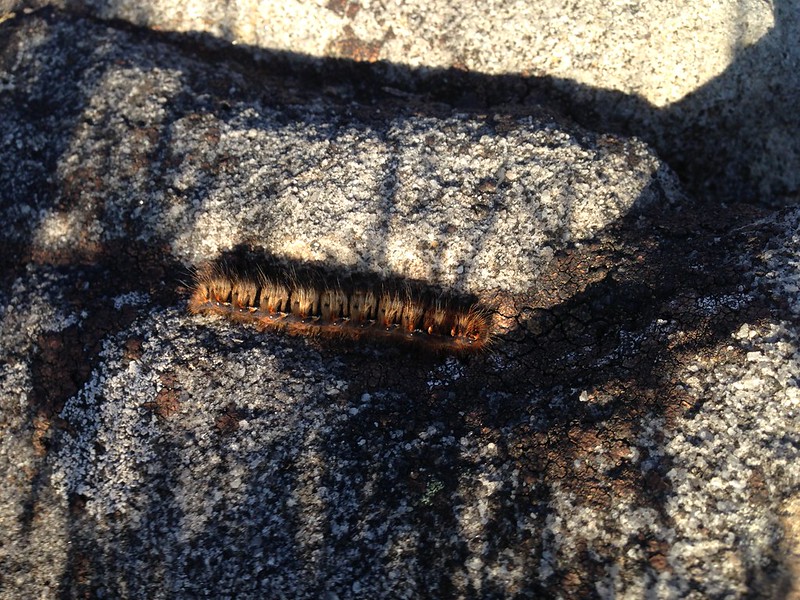 All making no attempt what so ever to hide in any way – apparently their hairs make them unpalatable to many birds who might otherwise eat them. Unusually, I recognised this species: they are Oak Eggar Moth caterpillars. I’ve seen them before, several times, on Carn Fadryn and Yr Eifl on the Llyn Peninsula, on Haystacks and, most recently, on Skiddaw last summer. 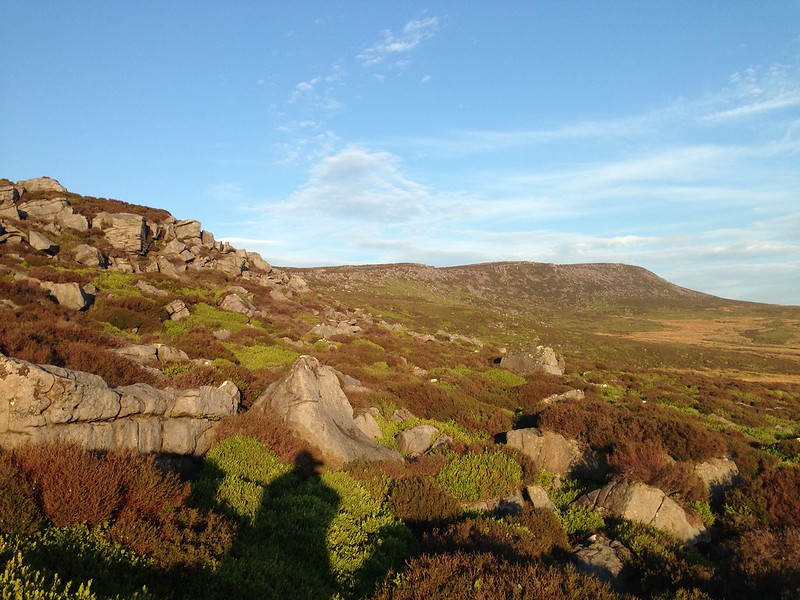 A very pleasant outing, and I was still home in time to vote in the European elections.

This weekend, I shall be attempting to complete the annual 10 in 10 challenge. Briefly, the idea is to walk a route over 10 Wainwrights in 10 hours or less.  You can find out more here.

A huge thank you to those who have donated already. Since the event is almost upon us, I shall soon stop pasting this onto the end of posts, I promise. Preparations have gone reasonably well and I’m beginning to think that it’s at least possible that I will get close(ish) to the ten hour target time, all things being equal. Either way, you’ll eventually hear all about it…