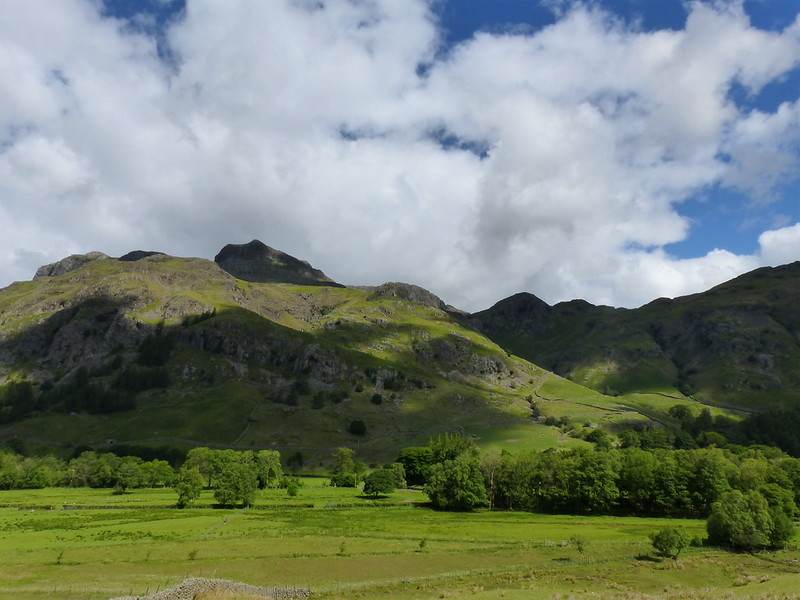 Some of the local scouts are working towards their hill walking badge; would I be available to accompany them on some of their outings?

Since B and Little S were two of the scouts in question, and since any excuse for a walk is a good one in my book, of course I was more than happy to help. 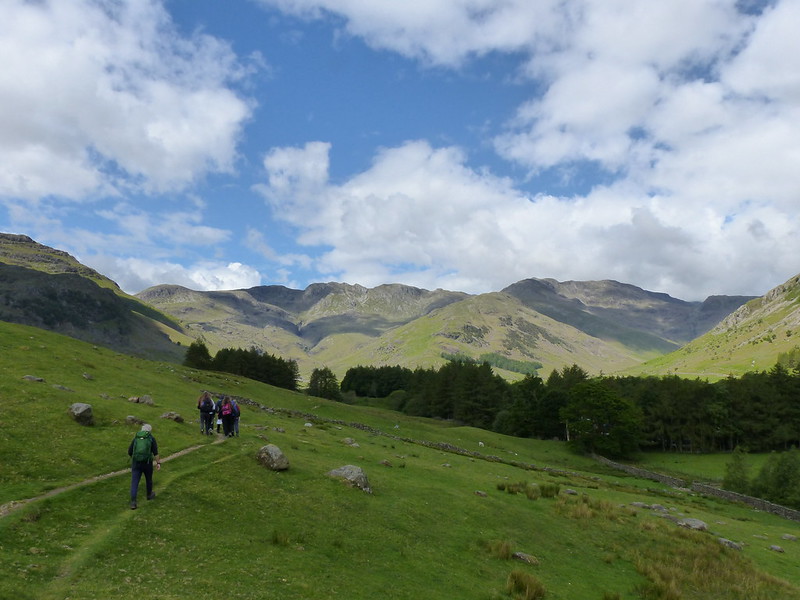 This was during Whit week. We’d already cancelled one potential walk due to forecasts of torrential rain. This walk was a wet weather alternative, because, once again, the forecast was pretty poor. In the event, as you can see, the weather was much better than we expected, the nicest day of the week in fact, although it did get quite gloomy on a couple of occasions and we had a few spots of rain from time to time. The heavens finally opened when we were safely back in our cars and driving home. 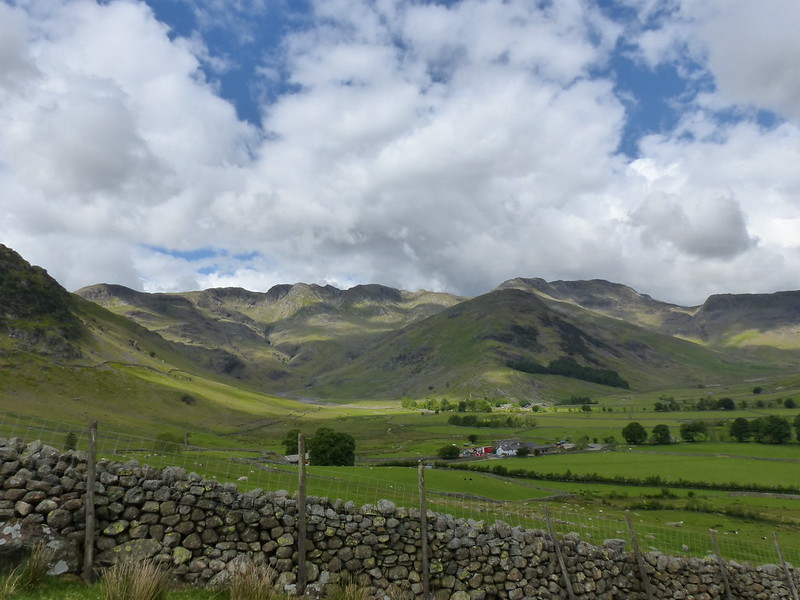 We walked around Lingmell, an excellent low-level option which I haven’t walked before, despite my fondness for valley walks in Greater and Little Langdale. 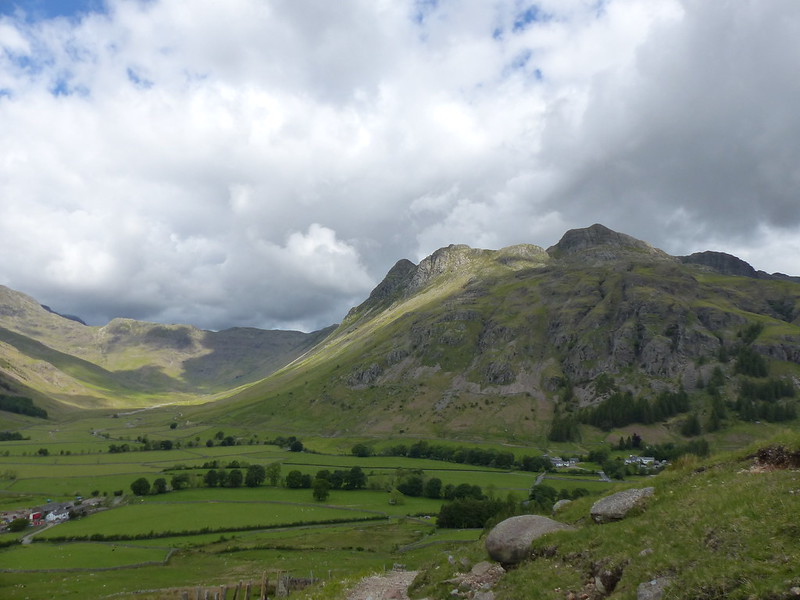 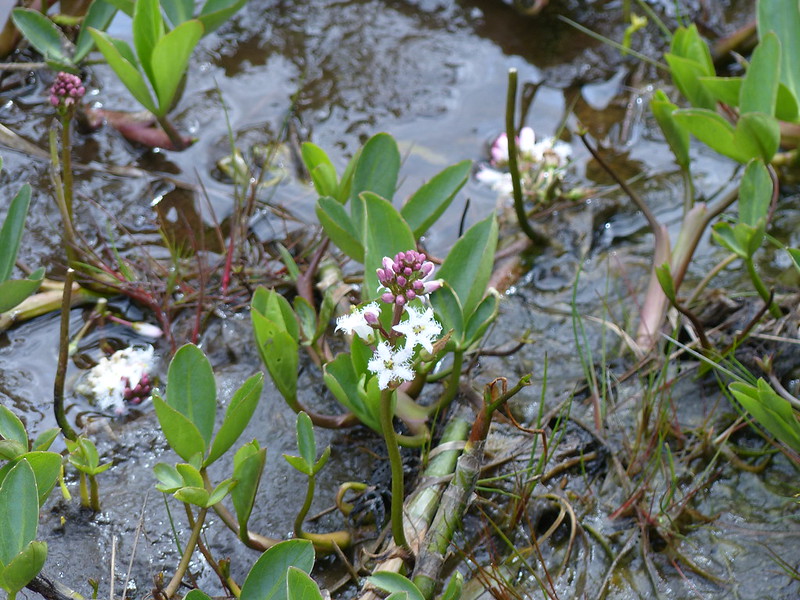 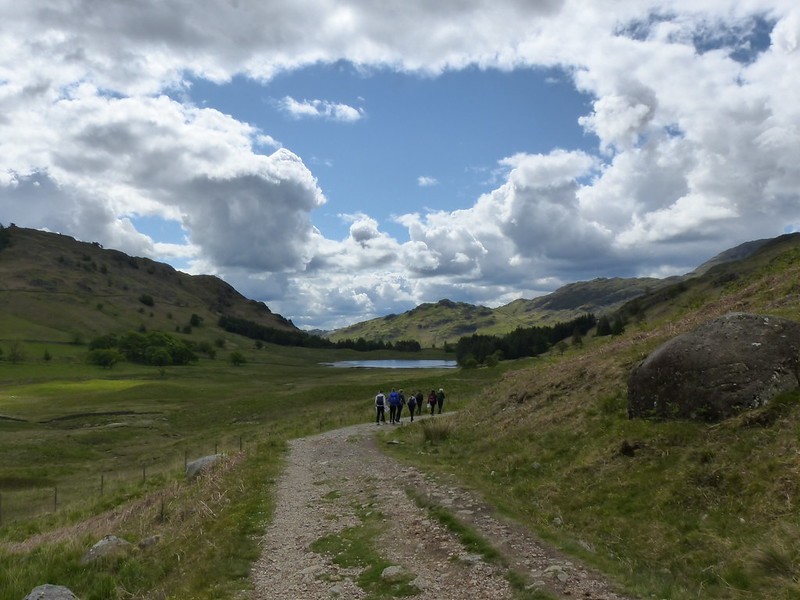 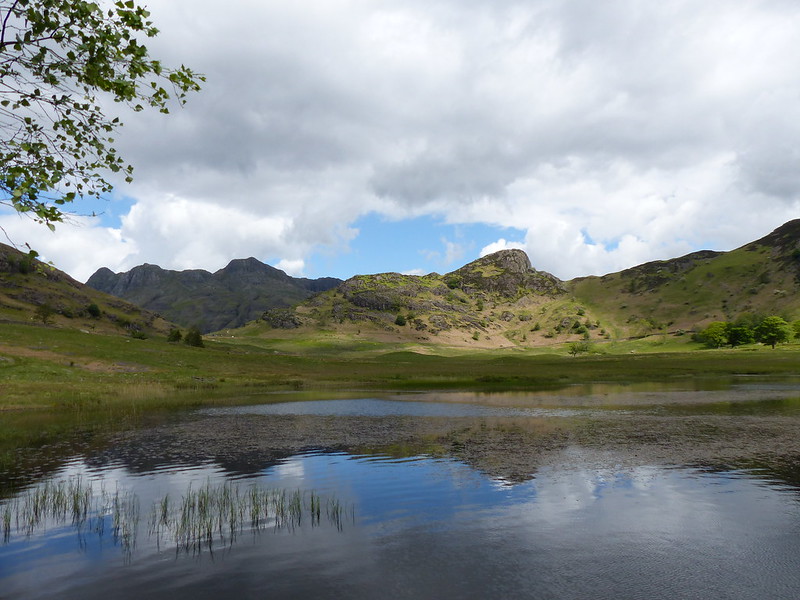 Blea Tarn with the Langdale Pikes behind. Side Pike is picked out by the sunshine.

As for my ‘volunteering’ – there wasn’t really any effort involved. The scouts did the navigating and TB, one of the local scout leaders, entertained the scouts with his knowledge of local history – so much so that several passers-by seemed tempted to join our group. My contribution was to encourage some of the scouts to taste some of the wild plants we saw – Sorrel, Wood Sorrel and Cuckoo Flower – which probably wasn’t in the risk assessment! 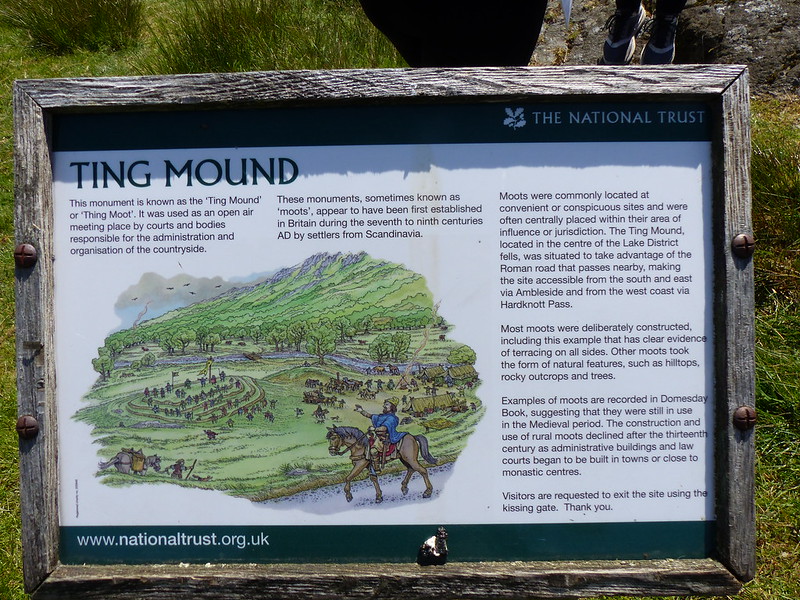 No picture of the mound – to be honest, the sign was more interesting than the actual lump.

In Greater Langdale, a damselfly landed on my hand and then hitched a ride for half-a-mile or so. 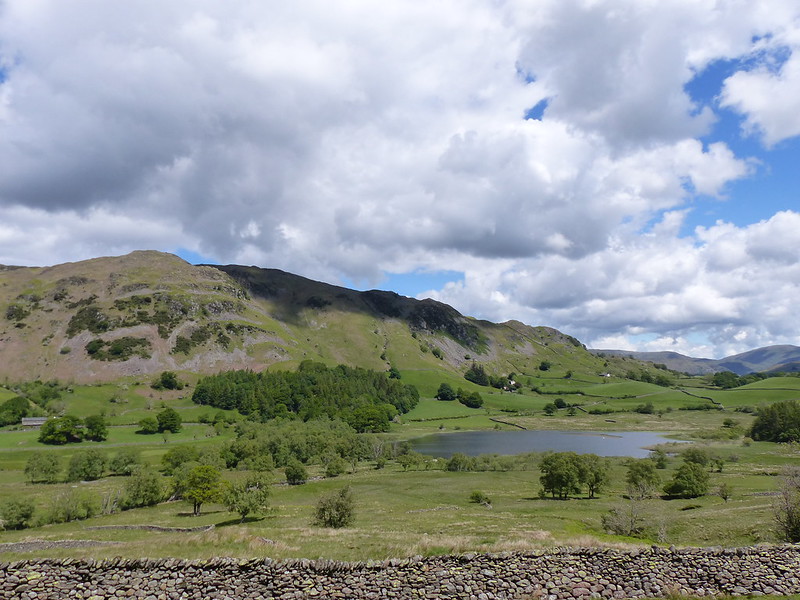 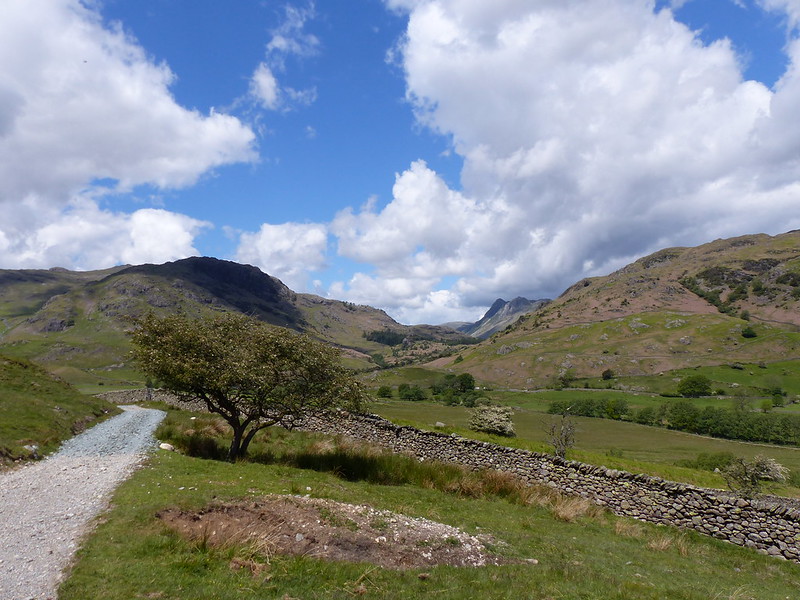 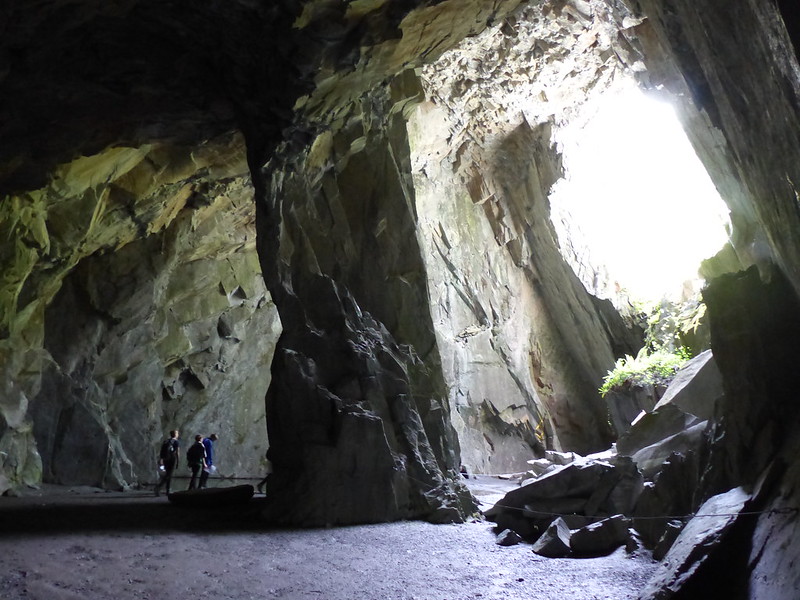 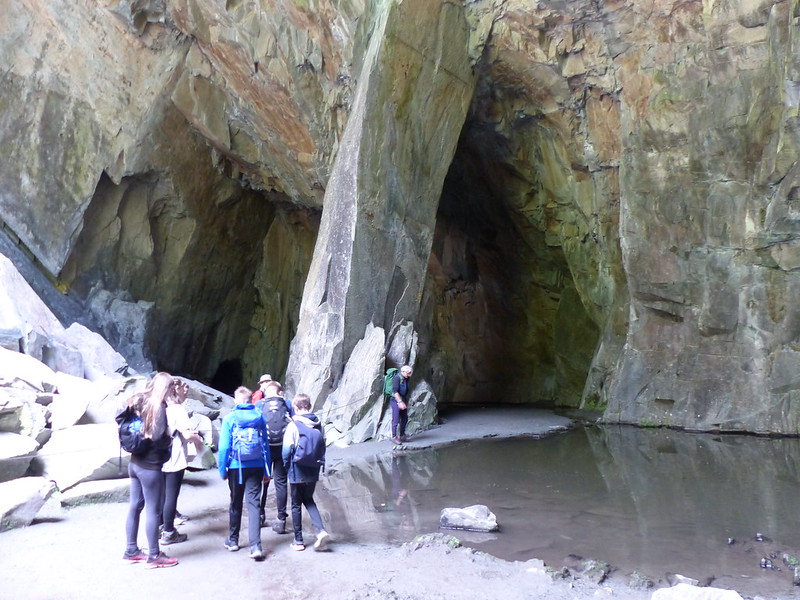 We stopped for lunch in Cathedral Quarry. It was much busier than it ever has been when I’ve visited before, and also quite damp, so it wouldn’t have been my first choice, but TB clearly knows his stuff – for B and Little S this was the highlight of the day. The Scouts charged about exploring various passages and generally having a great time. 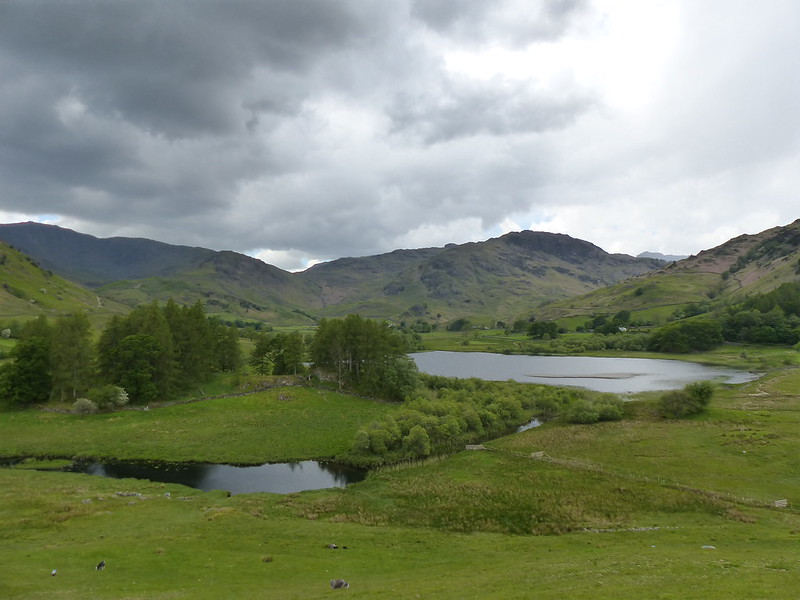 In the latter part of the walk, B instigated some high jinx but introducing the idea of trying to sneak rocks into other peoples rucksacks/pockets/hoods. Thanks Andy, for giving him that idea! 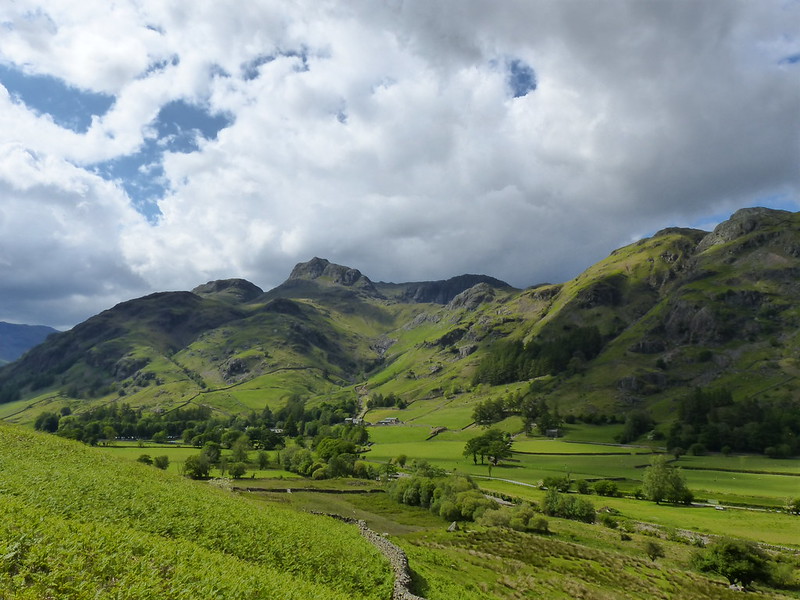 Langdale Pikes from yet another angle.