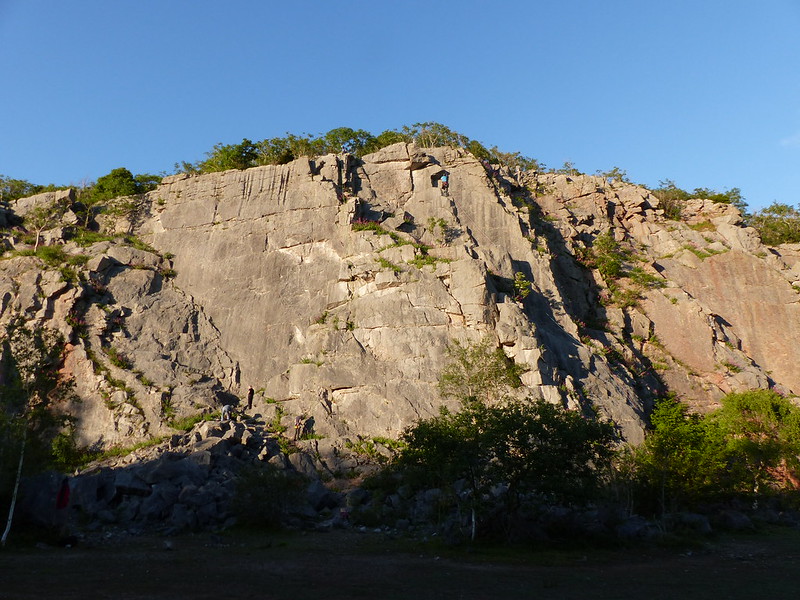 There were lots of climbers enjoying the evening sunshine at Trowbarrow. Sadly, down in the base of the quarry it was already shady. I had come in search of Bee Orchids… 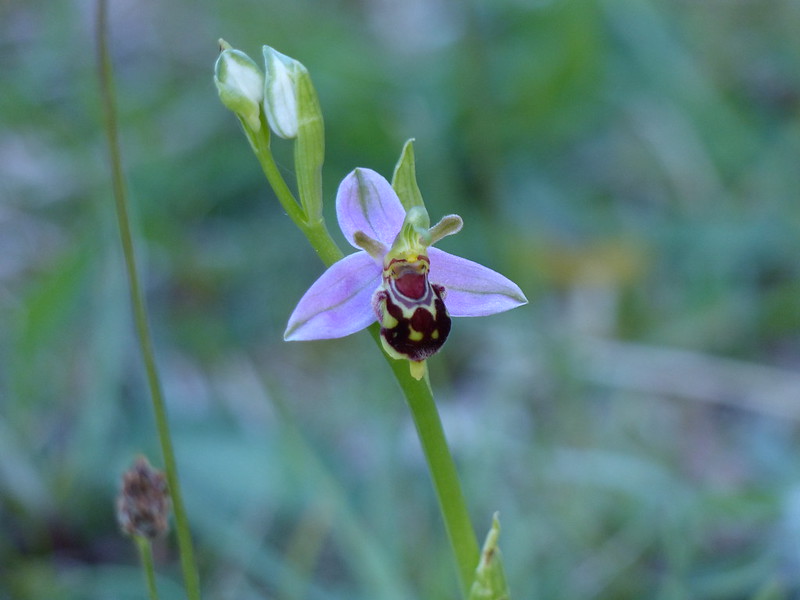 And found that there were lots flowering, more than last year I think.

Almost as an afterthought, on the way home I called in at Leighton Moss to take in the view from the skytower… 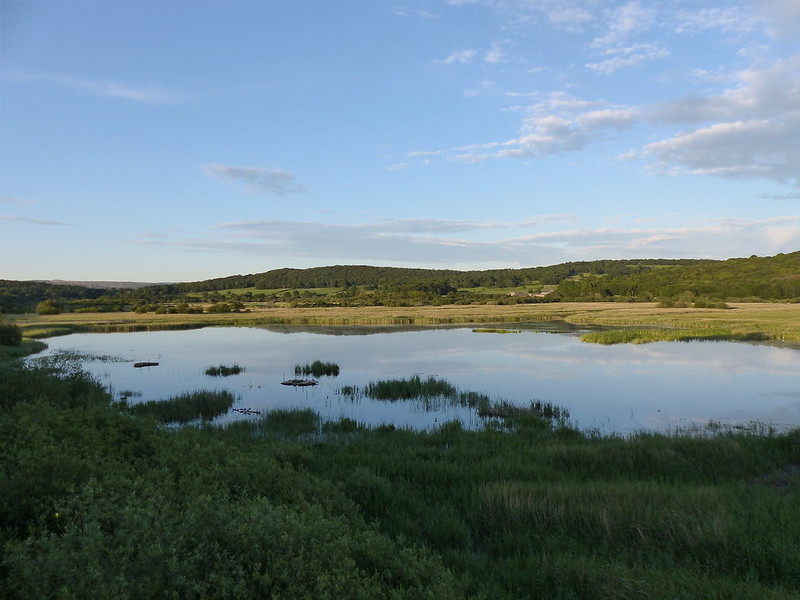 I thought I might see some Red Deer out amongst the reeds and meres, and sure enough, there they were… 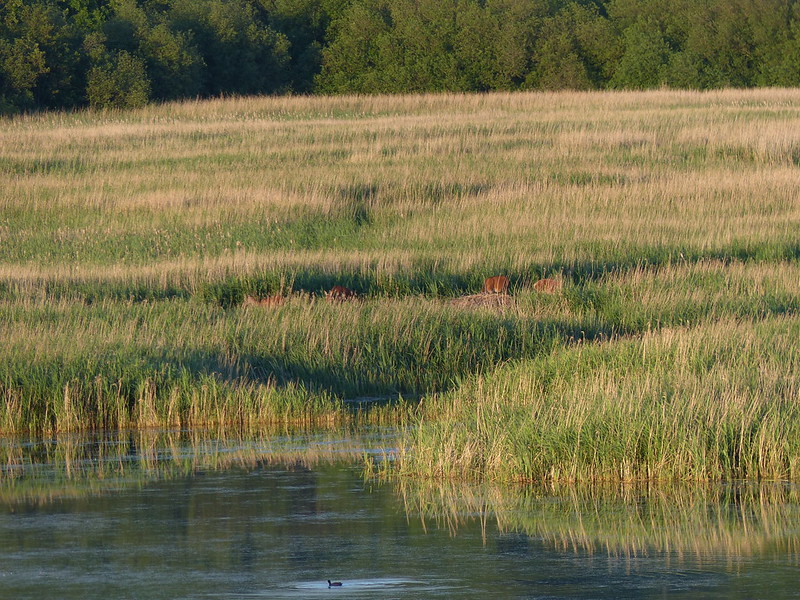 What I hadn’t anticipated was the commotion caused by a Marsh Harrier making regular raids on a group of nesting Black-headed Gulls. 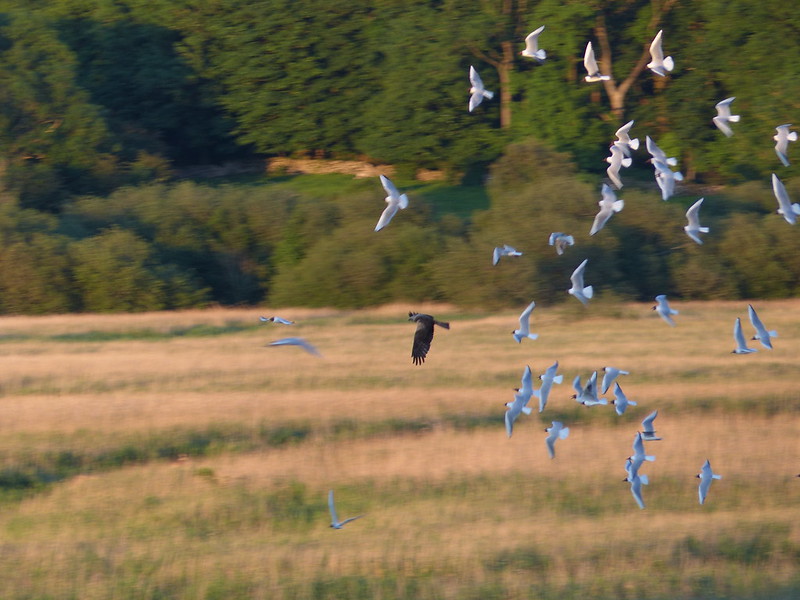 The photos didn’t come out very well, but watching the acrobatics of the harrier and the organised and vociferous defence of the gulls was breathtaking. 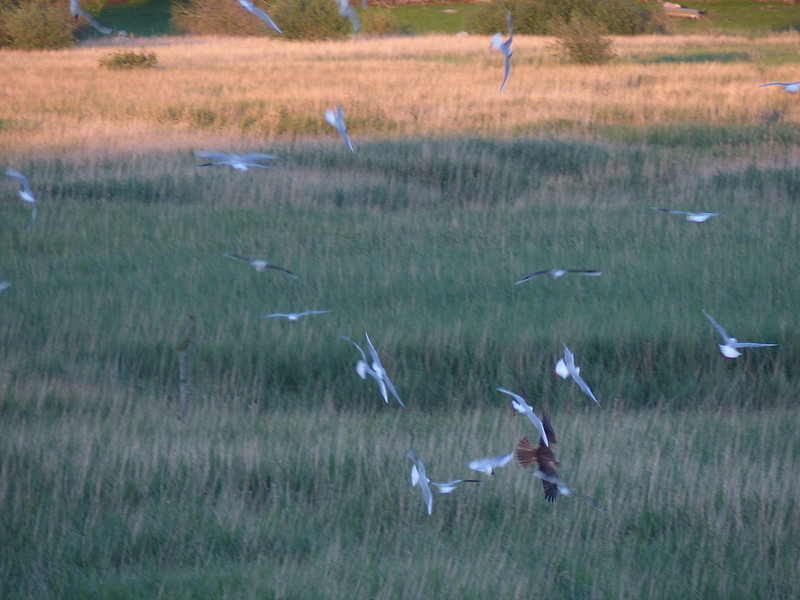 When the harrier stayed away for a while, some of the gulls turned their attentions to the deer and attempted to drive them away too. The deer looked more bemused than worried. 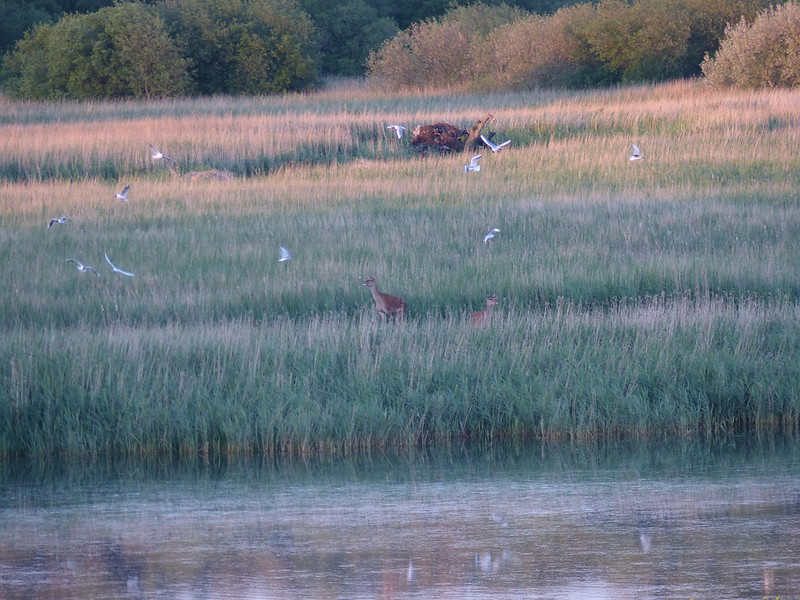 The Summer Day
Who made the world?
Who made the swan, and the black bear?
Who made the grasshopper?
This grasshopper, I mean-
the one who has flung herself out of the grass,
the one who is eating sugar out of my hand,
who is moving her jaws back and forth instead of up and down-
who is gazing around with her enormous and complicated eyes.
Now she lifts her pale forearms and thoroughly washes her face.
Now she snaps her wings open, and floats away.
I don’t know exactly what a prayer is.
I do know how to pay attention, how to fall down
into the grass, how to kneel down in the grass,
how to be idle and blessed, how to stroll through the fields,
which is what I have been doing all day.
Tell me, what else should I have done?
Doesn’t everything die at last, and too soon?
Tell me, what is it you plan to do
with your one wild and precious life?
—Mary Oliver 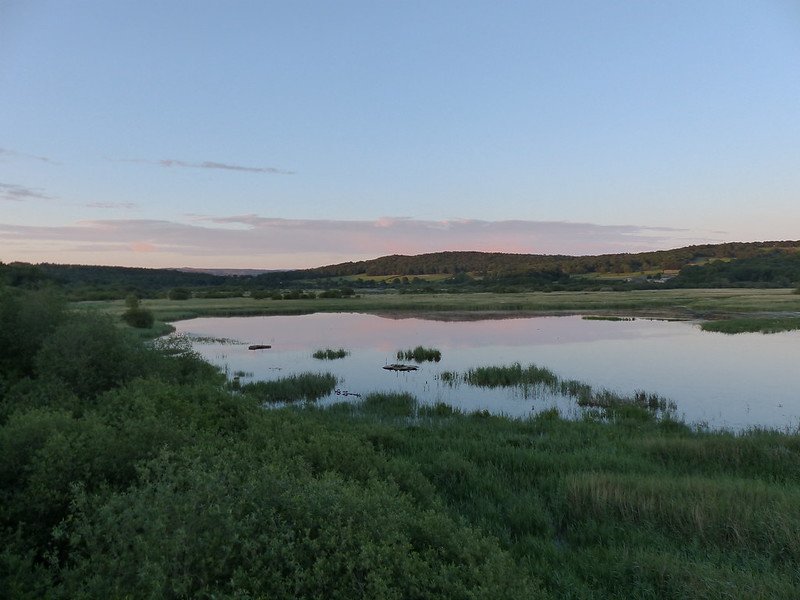 14 thoughts on “One Summer Evening”