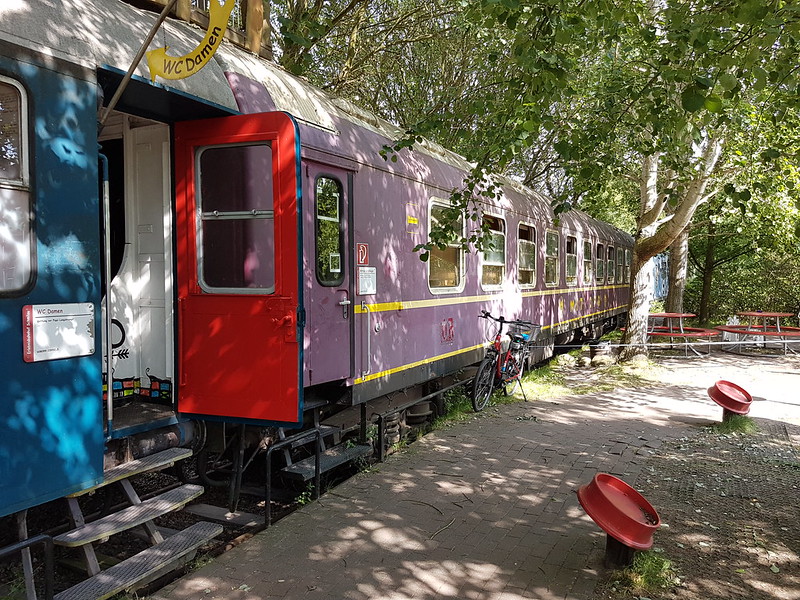 After our stay in Wormerveer we needed to get to Schleswig-Holstein for my Aunt’s birthday. Little S was keen for us to break the journey, which seemed entirely reasonable, so, on the basis that it was roughly halfway, I settled on Osnabrück for an overnight.

I can’t tell you much about the place – we had a picnic by a lake; we played crazy golf (I annoyed the rest of the family by gloating about winning)(Oops – there I go again!); we walked a long way looking for a Chinese restaurant for S’s birthday meal, only to find the restaurant closed for a holiday; we eventually ate at a very reasonable and friendly little place which did pizzas and kebabs and ad hoc vegan meals which looked delicious; we stayed in a brilliant flat, quirkily decorated with mannequins and graffiti art, which was mainly prints of paintings by El Bocho, a Spanish street-artist who works in Berlin. 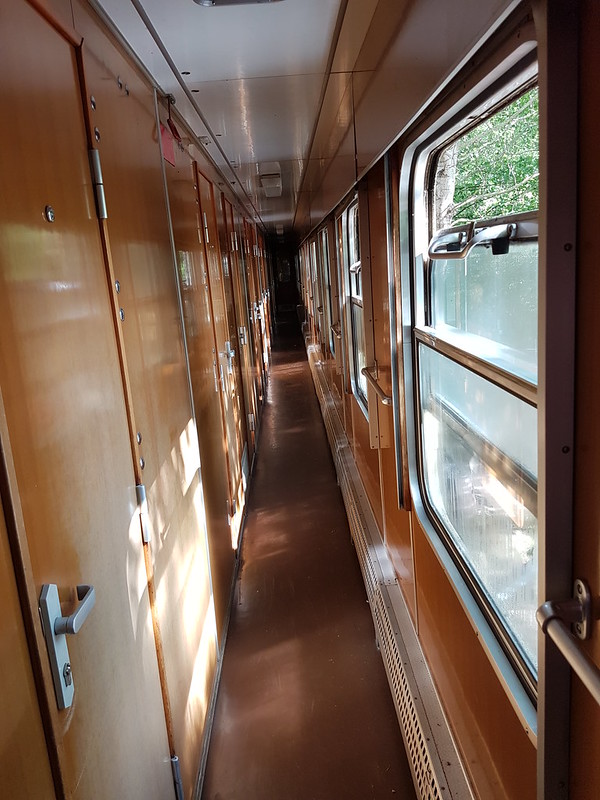 The following day, we drove to Schmilau which is close to where my Aunt and Uncle live and even closer to the hotel which was the venue for the next day’s party. 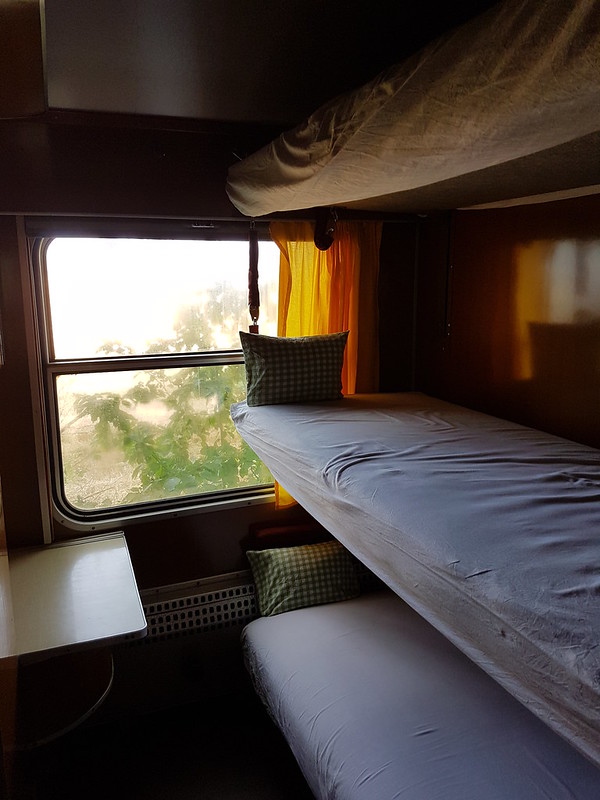 We’d booked two sleeping compartments in a stationary train at the ‘Adventure Station’. They have other accommodation, including tree-houses, and this mocked-up engine… 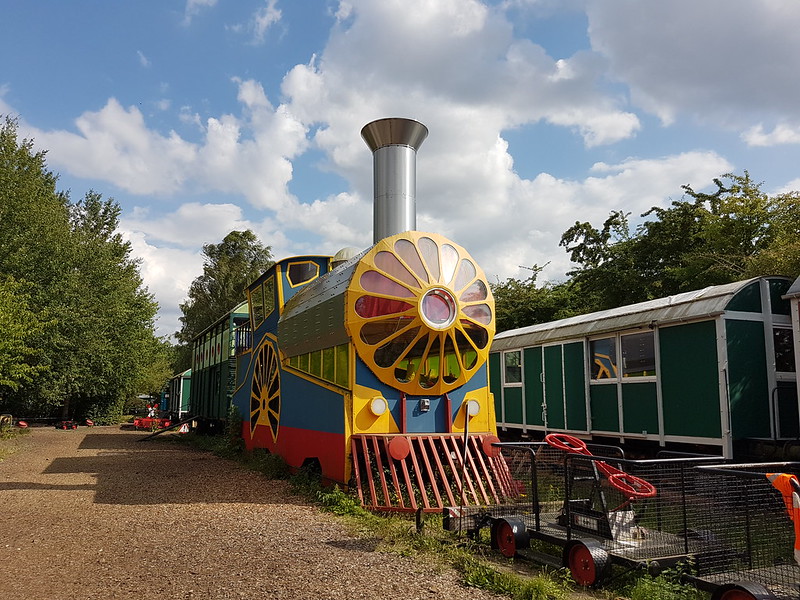 They also have a very wide variety of vehicles: handcars on the old railway line, pedaloes and canoes and water-bikes on the nearby lake, and a wealth of freaky bikes… 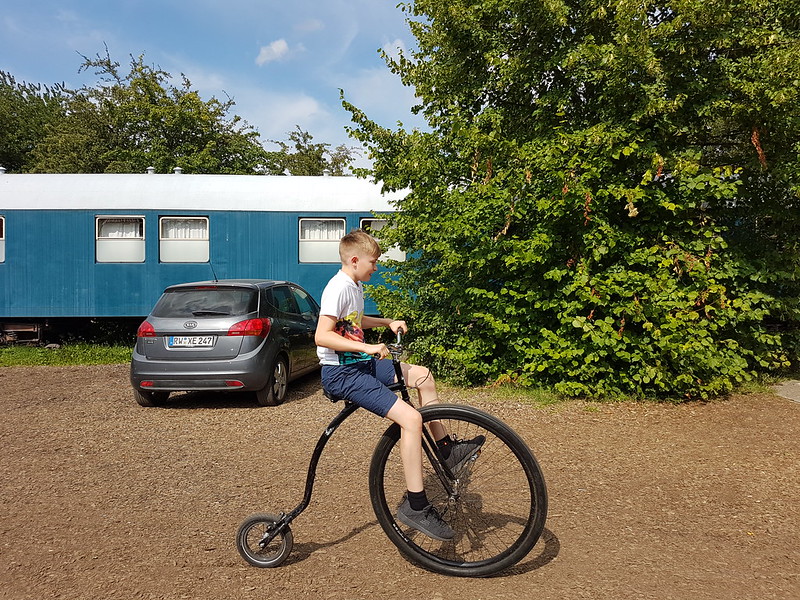 The DBs were in their element! 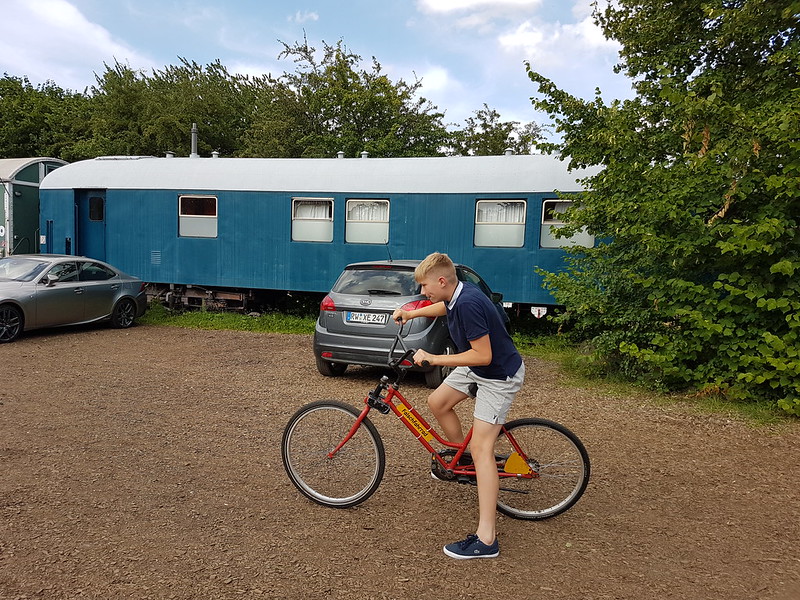 I think B had to pedal backwards, and steering left made the bike turn right.

I think this was the same sort of thing… 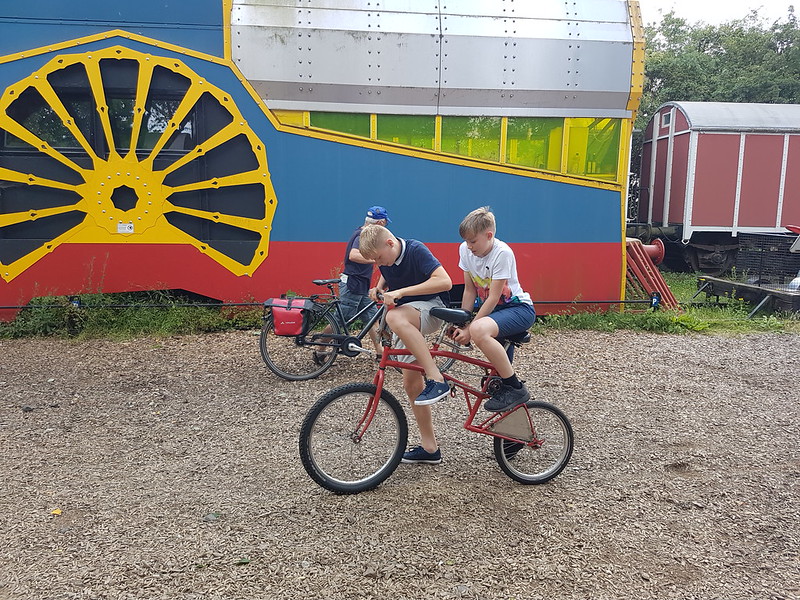 …but in tandem. They didn’t get very far!

We never did get around to trying out the other sorts of vehicles, but later that same day the DBs were once again in their element, haring around a field on a souped up quad bike at a garden party at my cousin K’s.

This is her decidedly charming home… 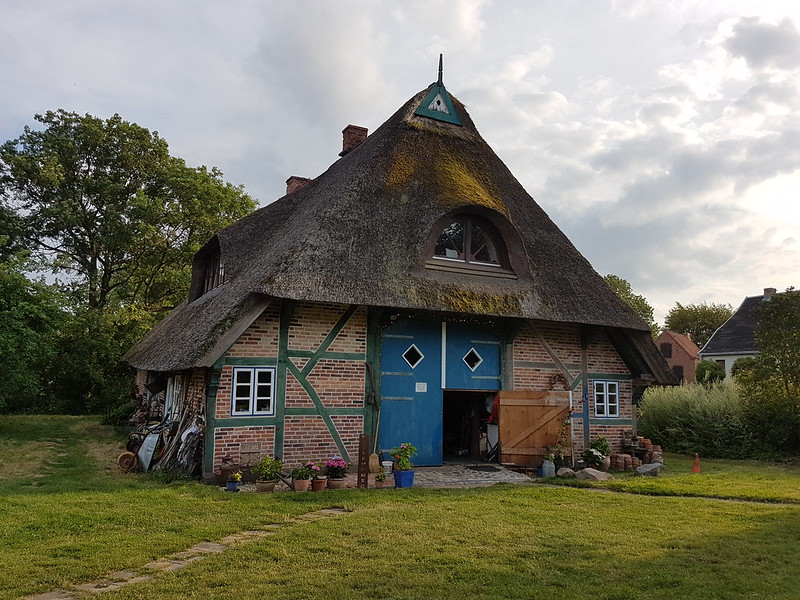 …which we last visited 10 years ago, when the DBs were less hair-raising to observe at play. 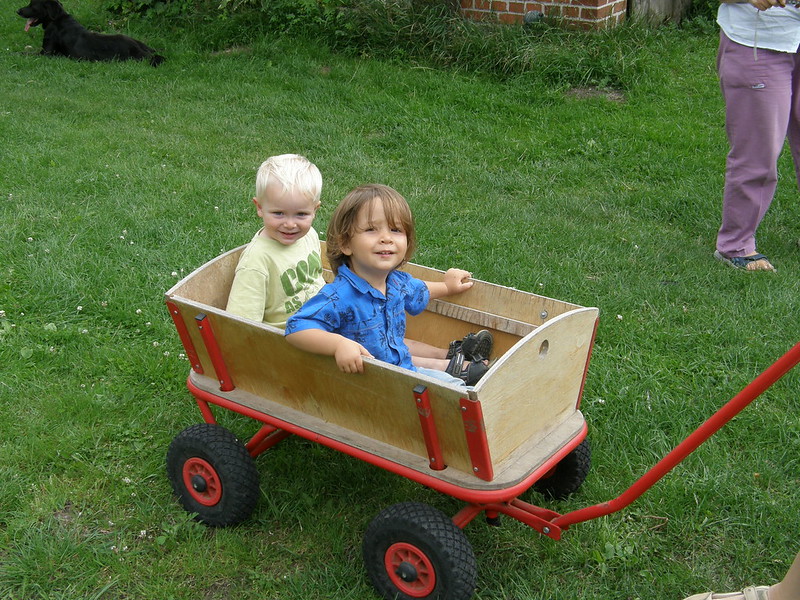 Actually, this is Little S with his cousin L in the same garden 10 years ago. Nobody burned their leg on an exhaust pipe that day.