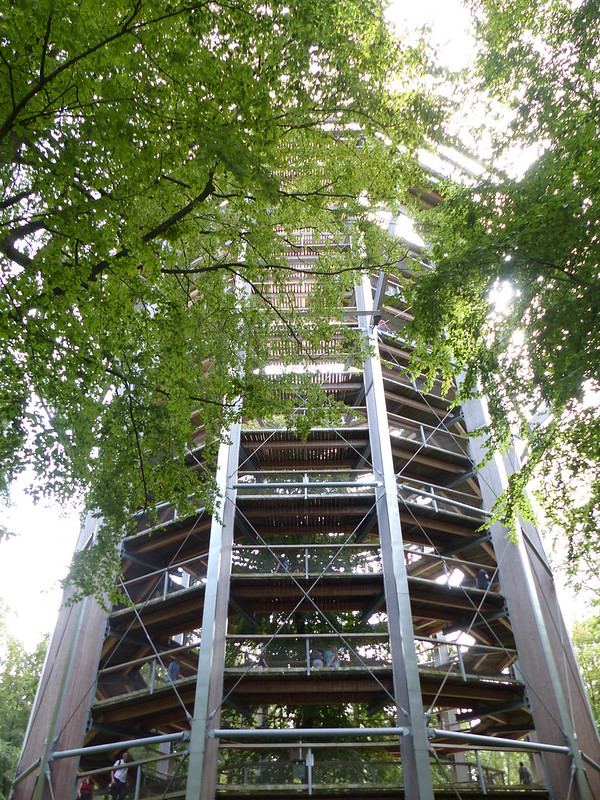 We returned to Rügen the following day because we were keen to climb this enormous tower in the beech woods. 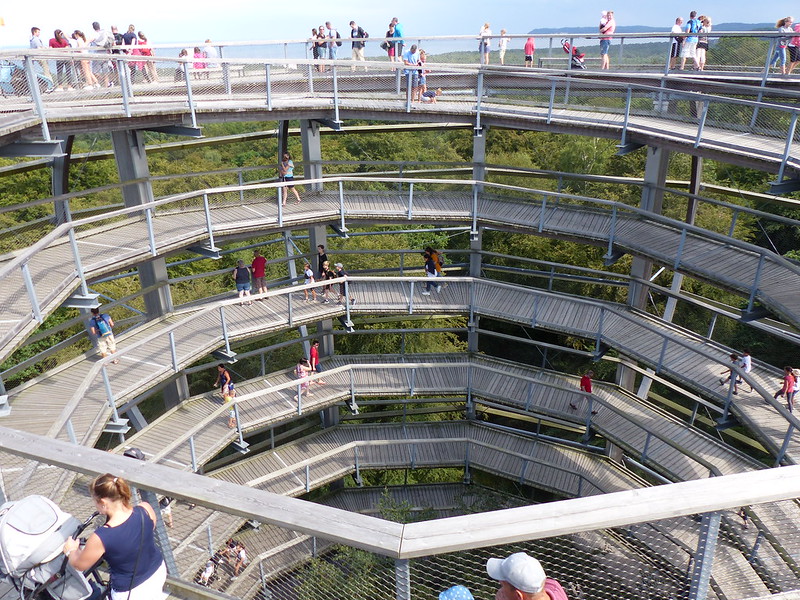 I’ve read that it’s 17m tall, which doesn’t sound all that high, but it certainly feels huge when you are on it. 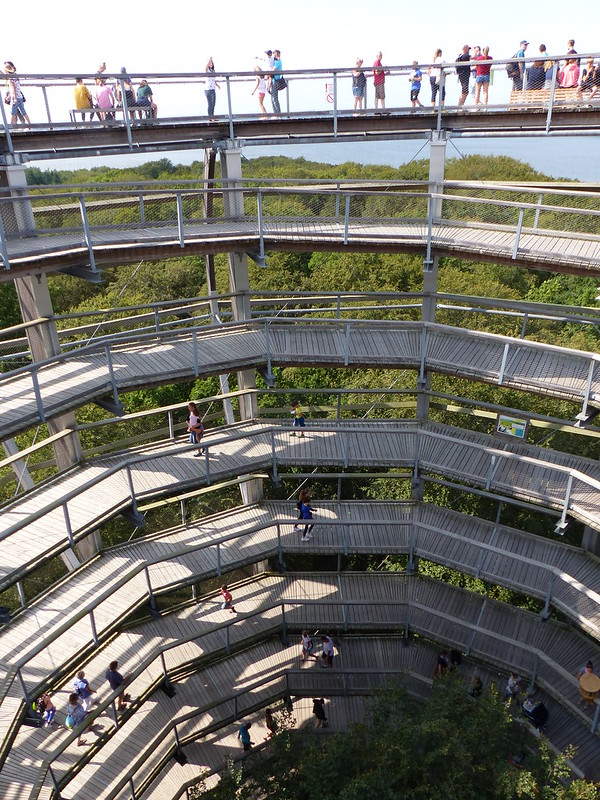 The views from the top were superb, although I don’t think any of my photos really do them justice. Rügen has several large lakes and also there are numerous other islands just nearby – from the tower you can look down on all of that. 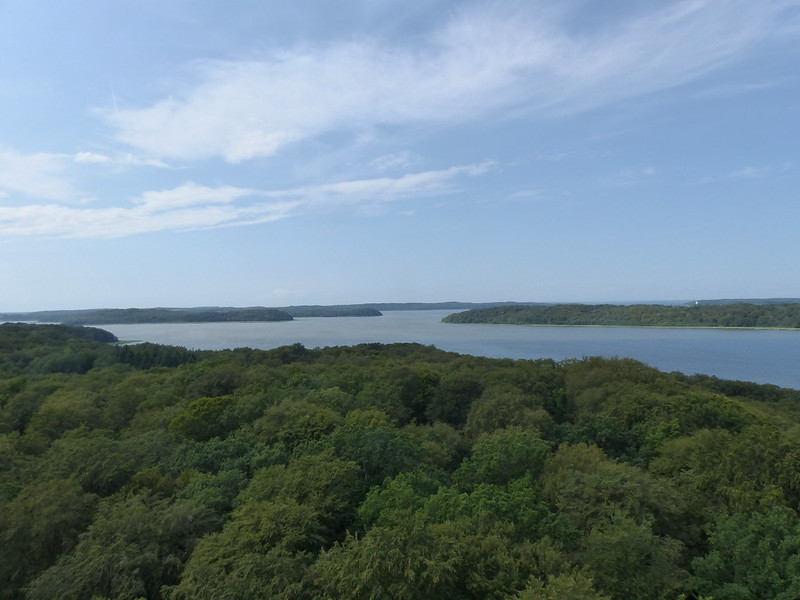 It was most enjoyable. There were various entertainments on the way up and down the tower, like this xylophone type instrument… 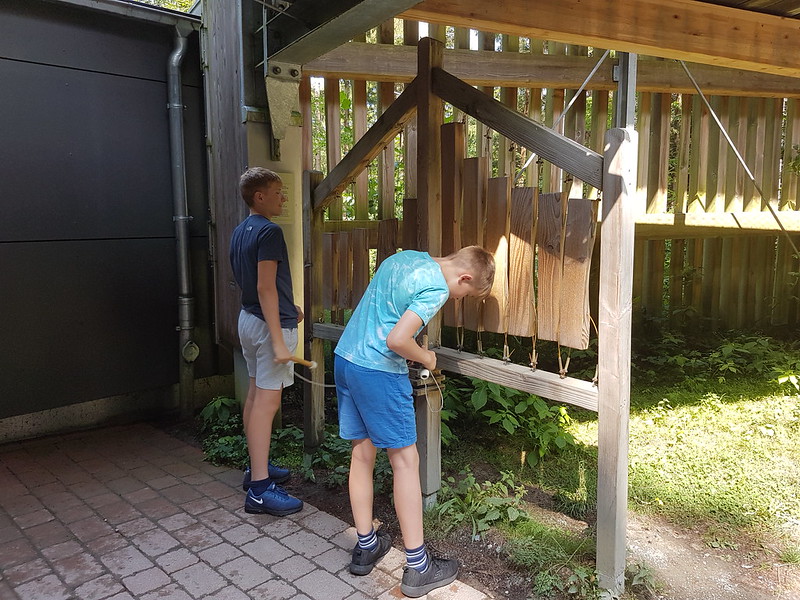 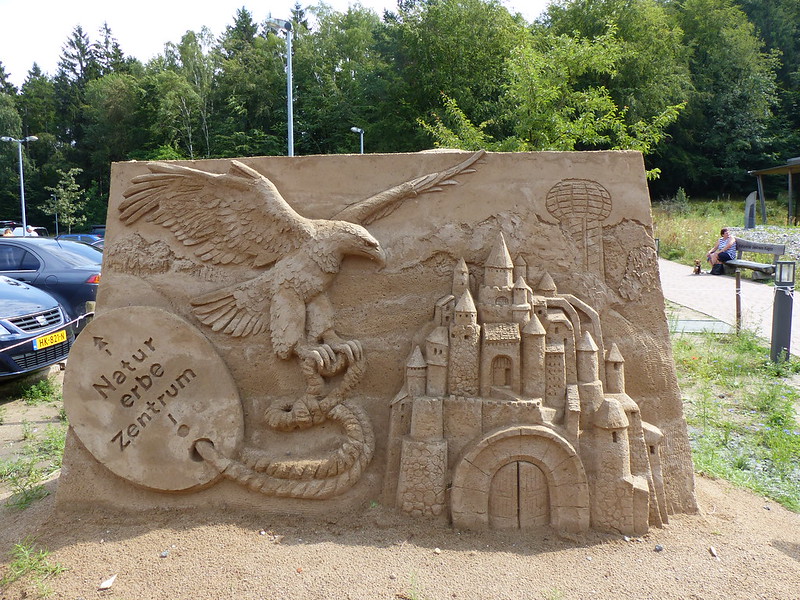 …sand sculpture by the car park.

Later, we drove to a long stretch of beach on a peninsula in the south-eastern corner of the island. 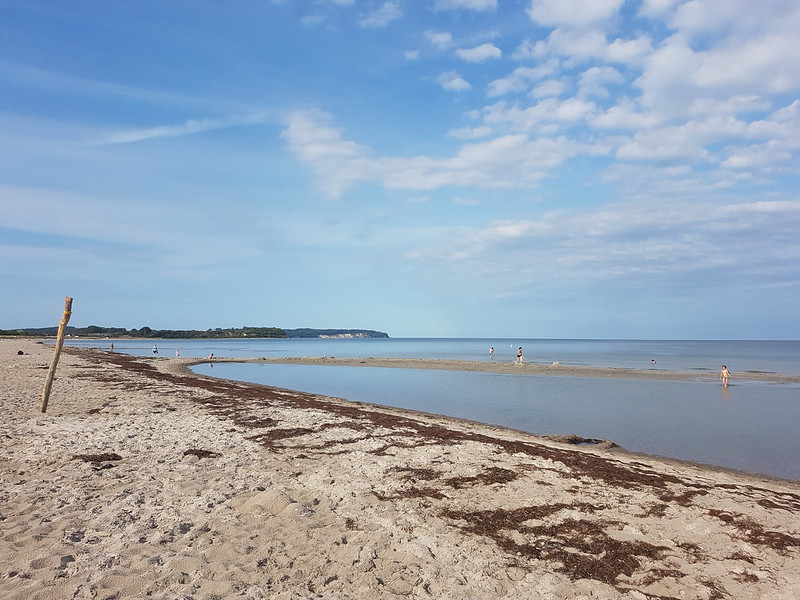 The DBs were desperate for a swim. TBH and A were equally adamant that they wouldn’t join us. They read their books on the beach instead. 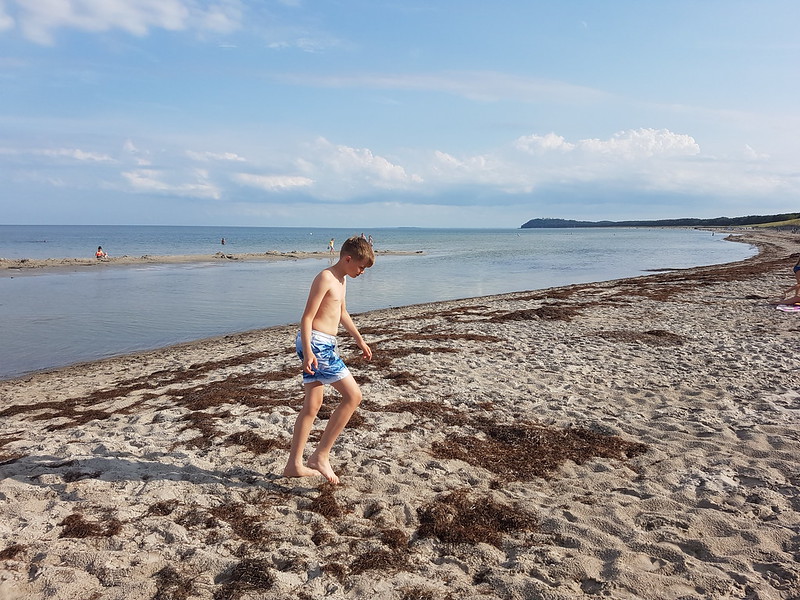 They had their reasons: the sea here was teeming with jellyfish. It seems to always be the way with Baltic beaches. The DBs found it highly amusing. B said he could feel the jellyfish stinging him, but he must be more sensitive than me because I just felt them brushing against me. Eventually, we swam out a little further and there it began to feel like swimming not so much with jellyfish as in a jellyfish. Like a slimier version of one of those kids ball pools that ‘fun pubs’ have. I have to confess that I found that a little unnerving and even the DBs seemed to be a bit put off.

From there we drove to Thiessow at the tip of the peninsula for a wander along the beach. It was a quiet and very tranquil spot. 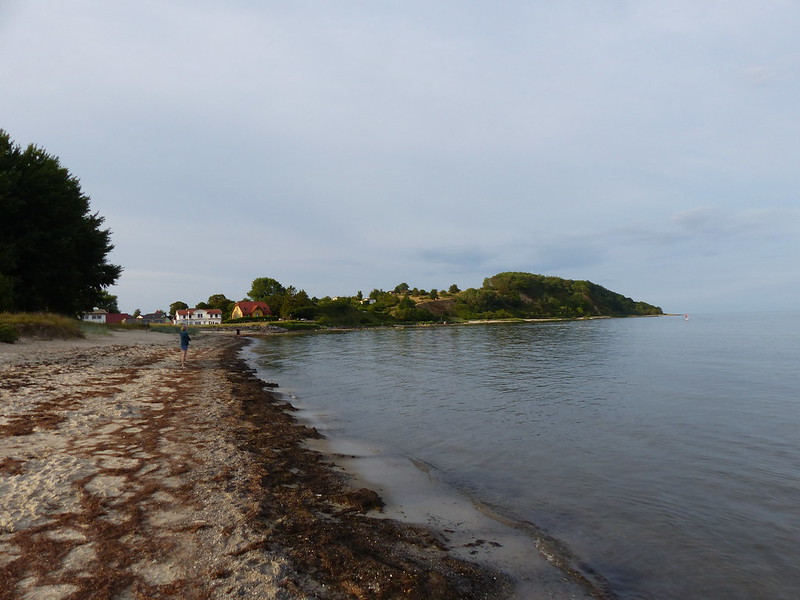 The beach extended into a sandbar continuing out into the sea… 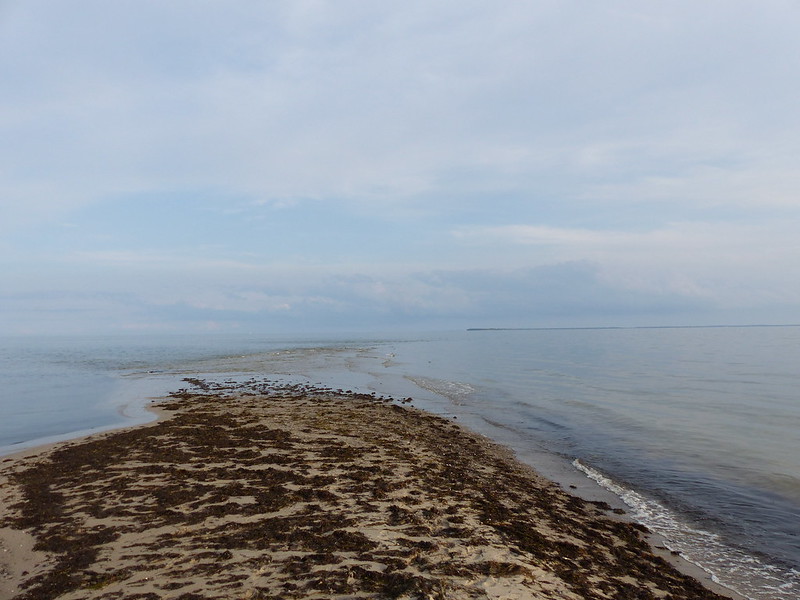 We had a wander into the dunes behind the beach. 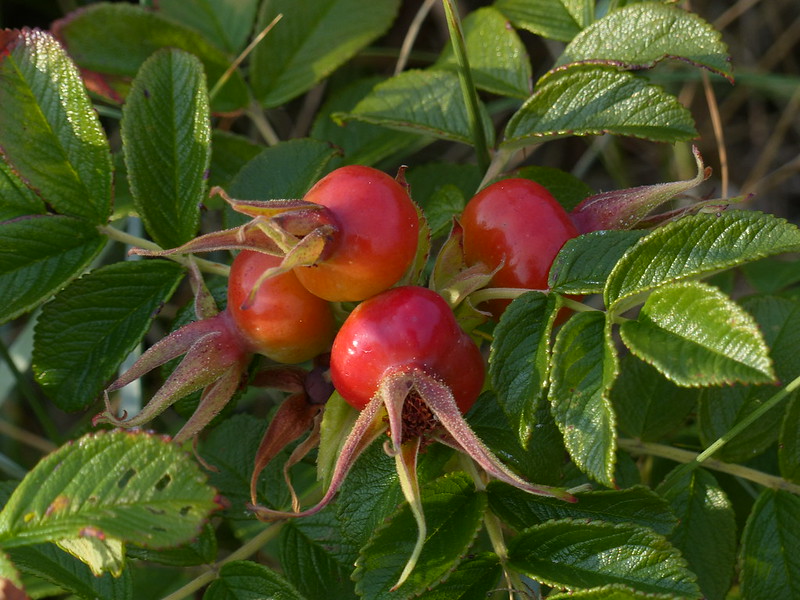 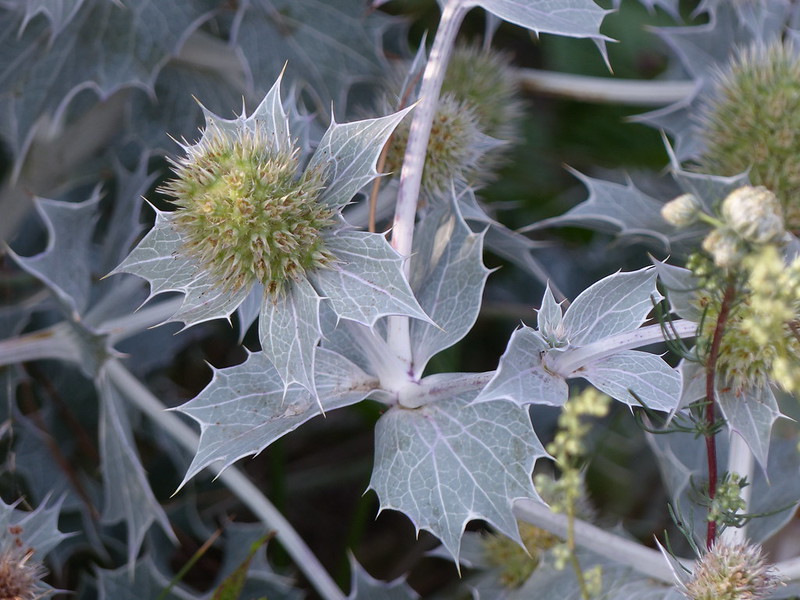 There were signs warning walkers not to disturb the snakes whose habitat this was. Sadly, we didn’t spot any, but we did see loads of the these very large snails… 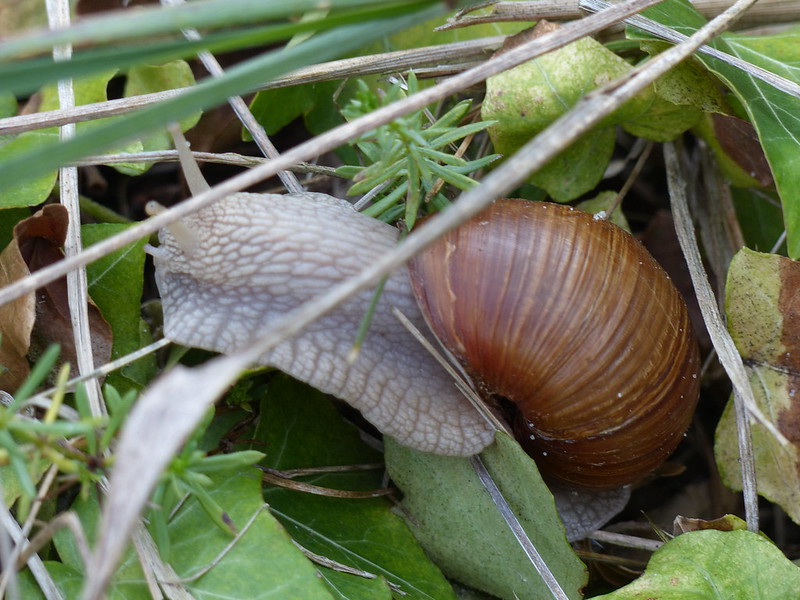 I think that this might be Helix Pomatia, the Roman snail, perhaps better know as escargot. We don’t see them in the North of England, though they are found further south. Fortunately, I think that they are protected in Germany.

4 thoughts on “Back to Rügen”