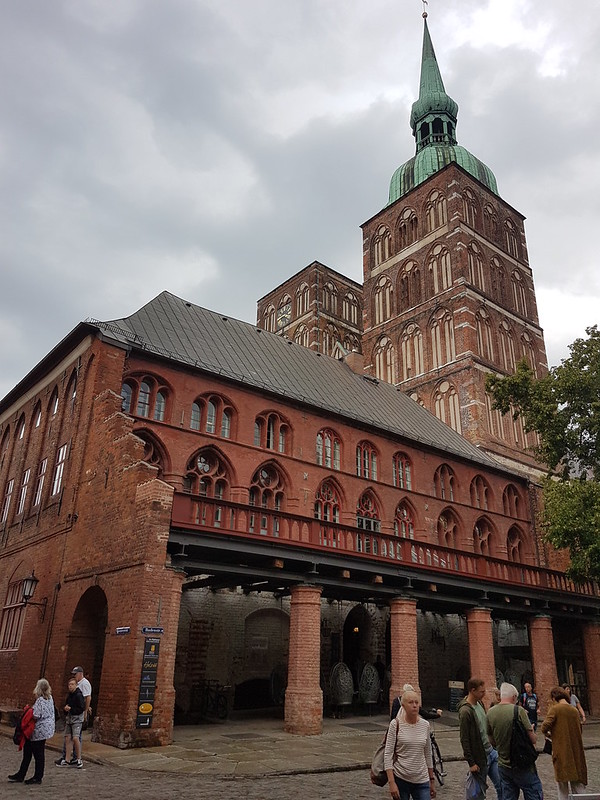 We visited Stralsund several times. We drove through, for example, on the way to and from Rügen. It was also our go to choice for shopping. And we had a bit of a wander around a couple of times. 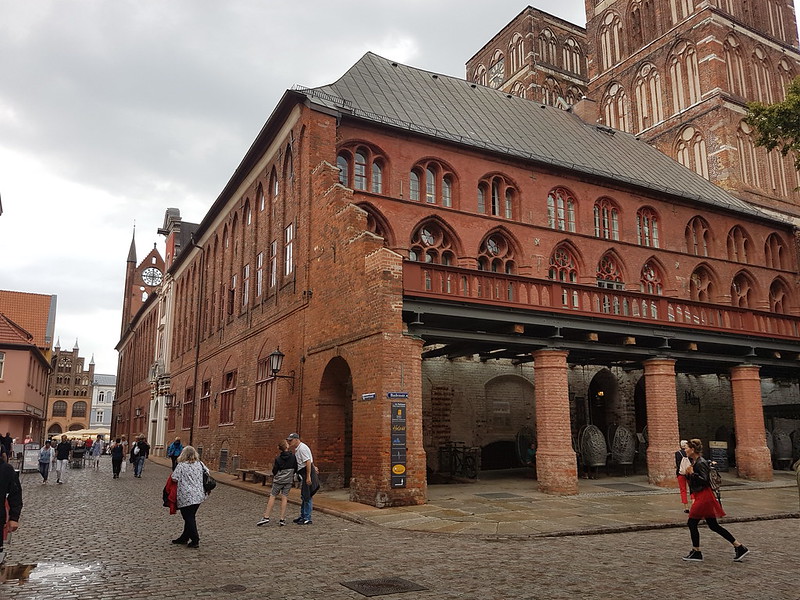 Very charming it was too. 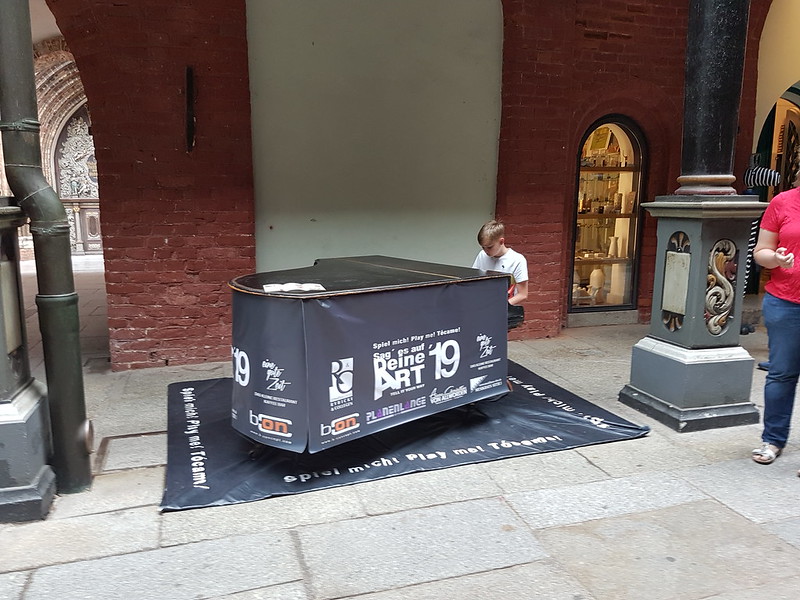 Here Little S is giving an impromptu recital on a piano seemingly left out for just such an eventuality. He’s never had lessons and was probably playing chopsticks. A, who can actually play, refused to give us a rendition. 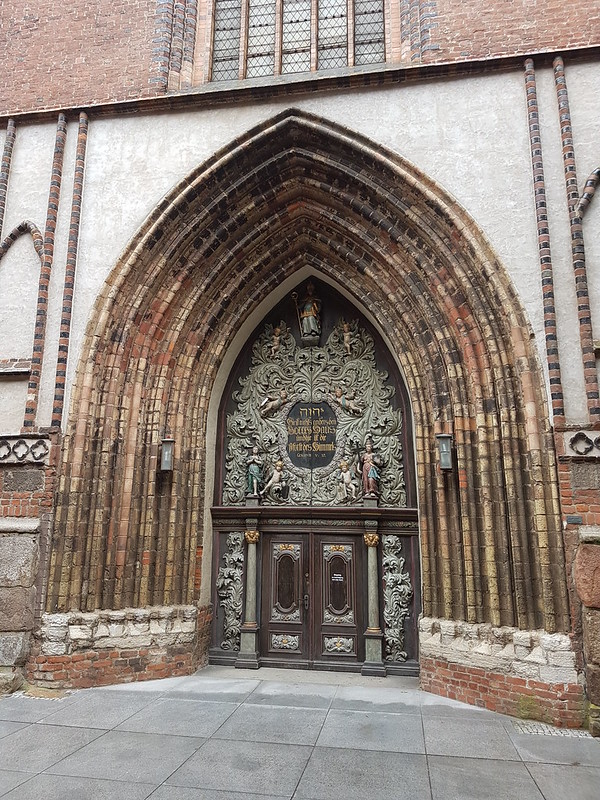 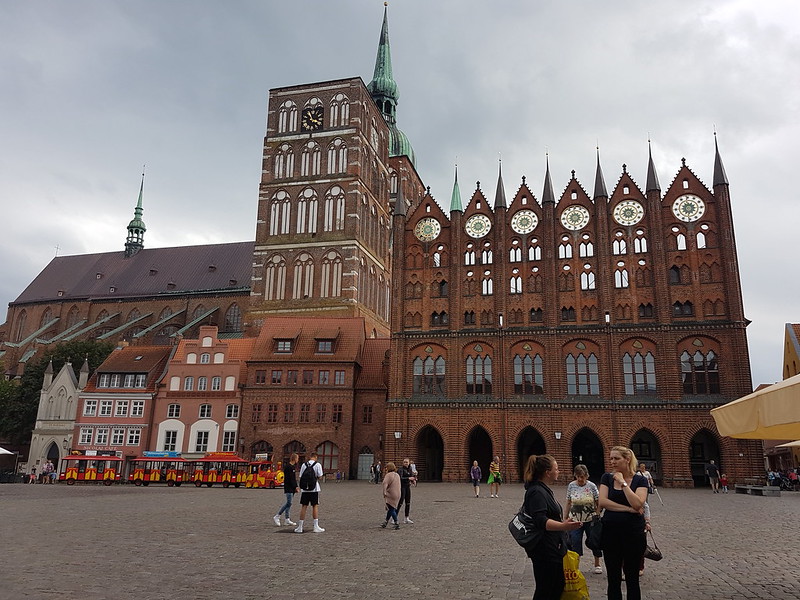 The Dom and the Rathaus. 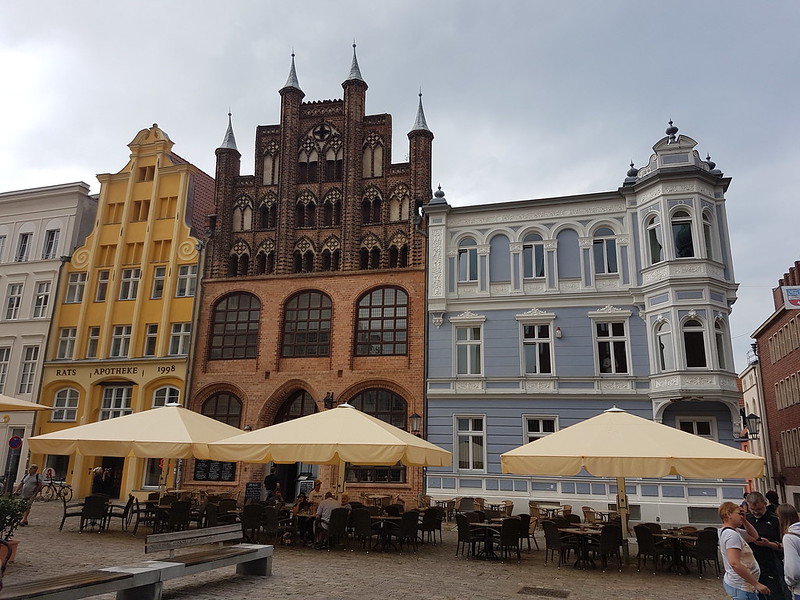 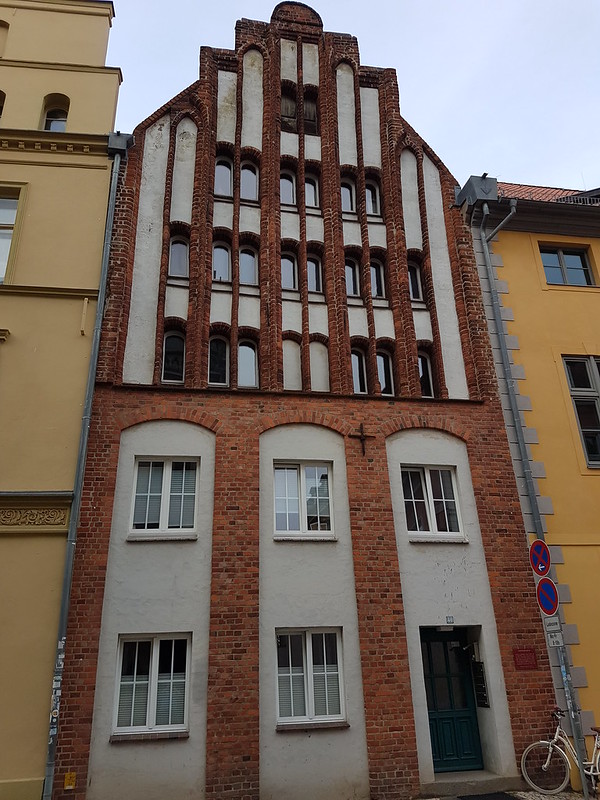 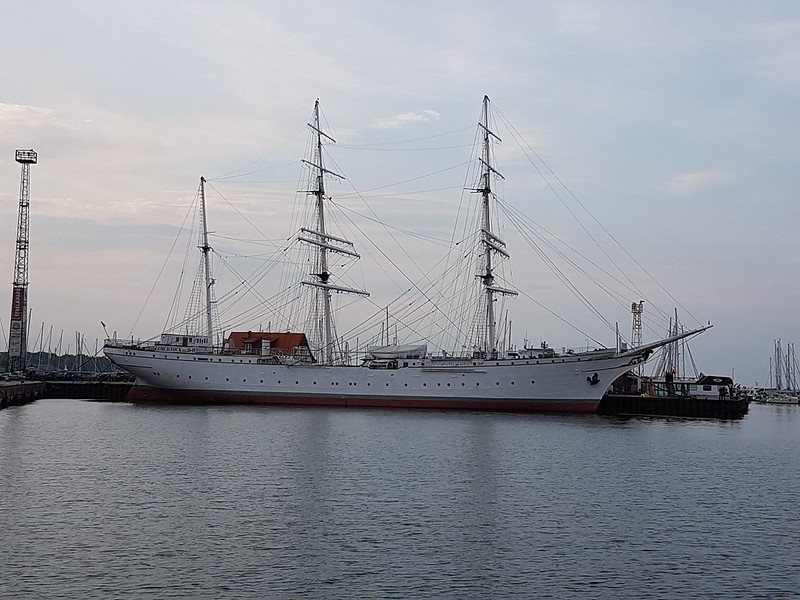 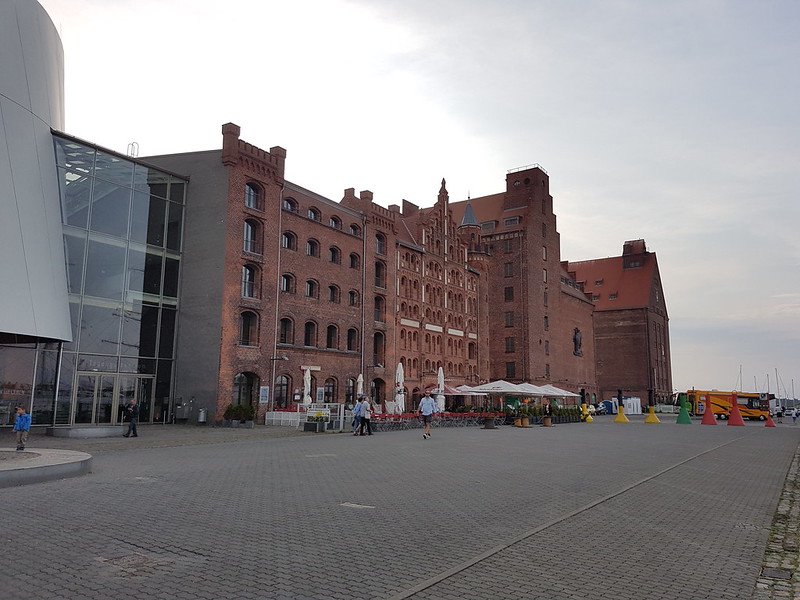 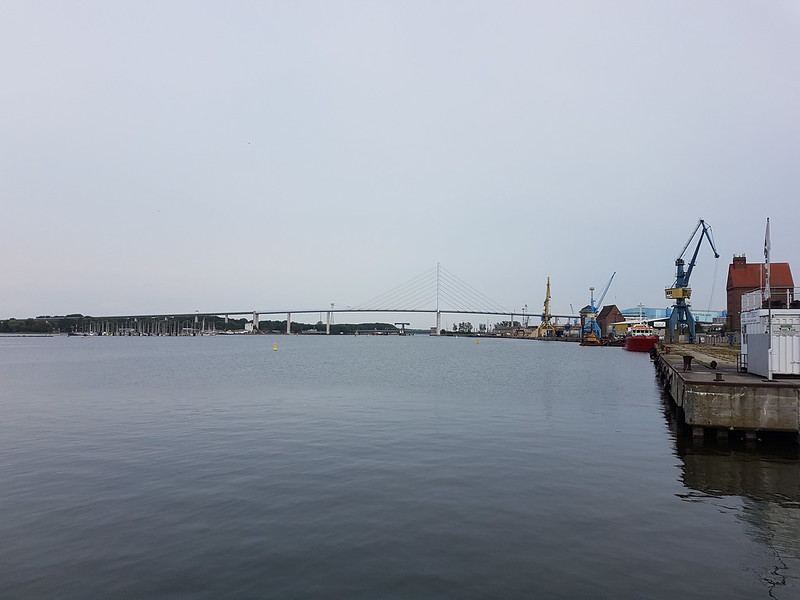 This is part of the bridge over to Rügen. The pano below is my attempt to capture it all.

I don’t have a photo of the tiny Turkish cafe where we ate a couple of times – kebabs and falafel at a fraction of the price we might have paid elsewhere and very tasty too.

When these photos were taken we were in town to visit one of Stralsund’s many attractions. More of which to follow.