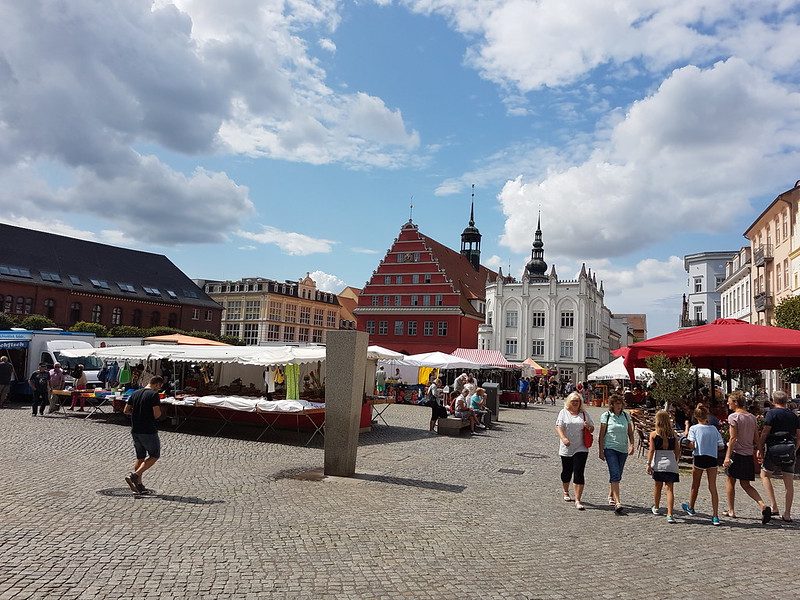 Another day, another picturesque Baltic coastal town to investigate. 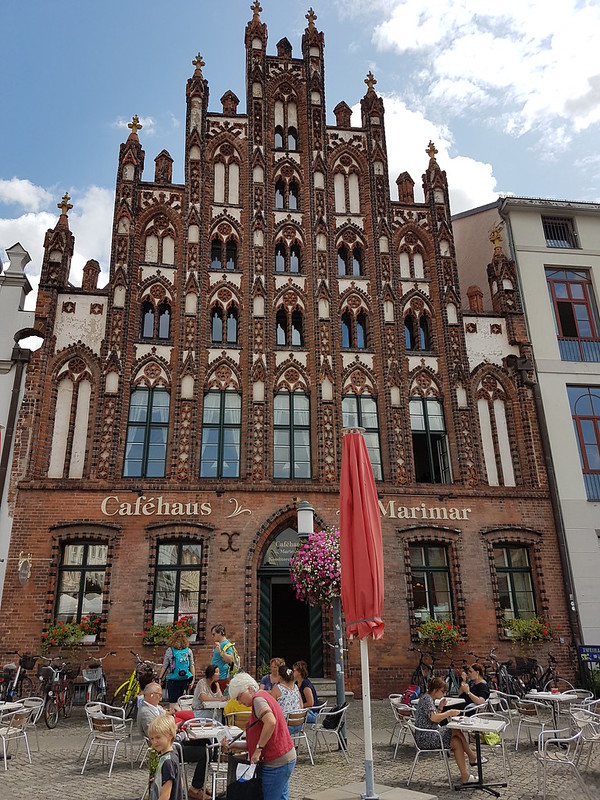 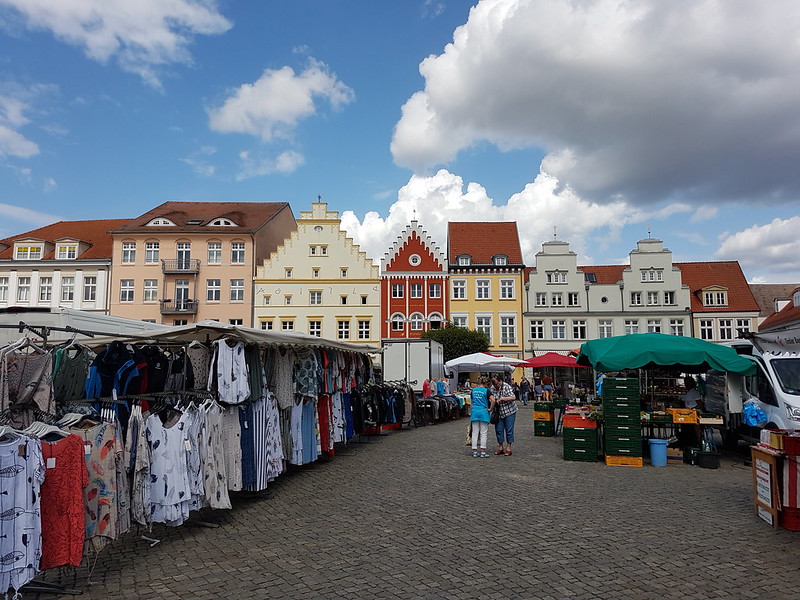 I’m not sure how I managed to take a photo of the market without managing to include a fish sandwich stall: they were legion. Clearly, the good burghers of Greifswald really like their fish sandwiches. Having tried one, with a plate of salads too, I can see why. 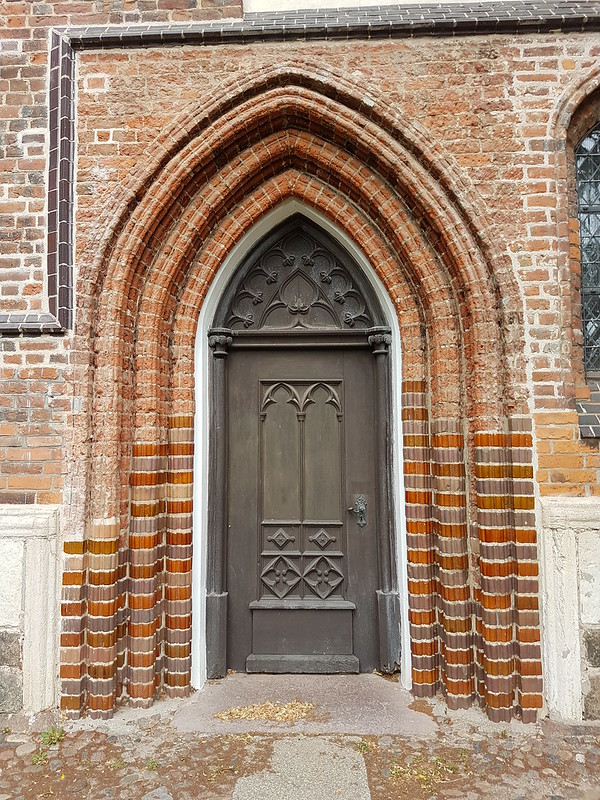 Greifswald has several large churches, but this is the Dom St. Nikolai. As in other German towns we visited, because of other buildings nearby, it was difficult to take a photo showing the exterior of the cathedral. 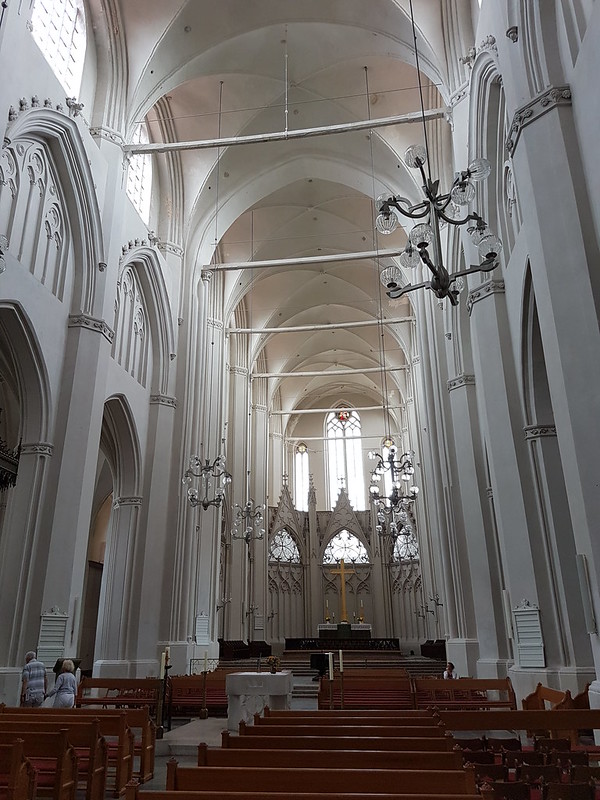 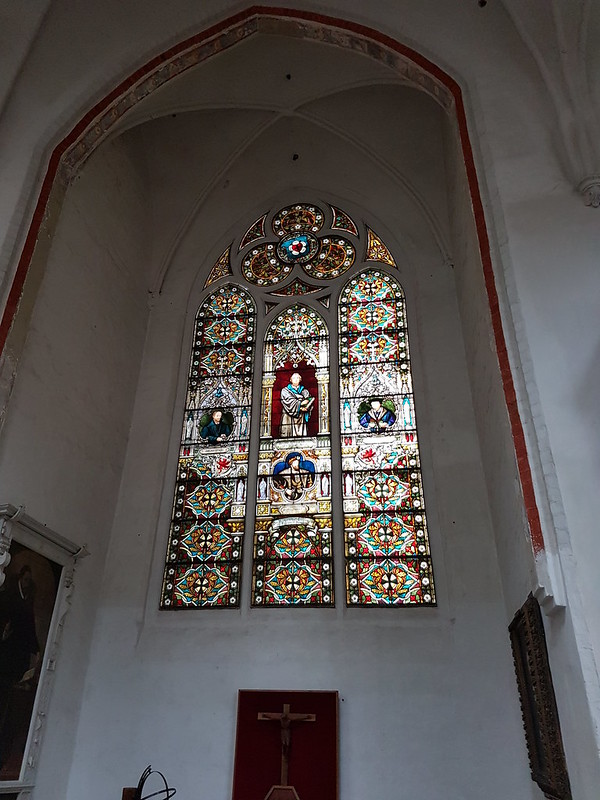 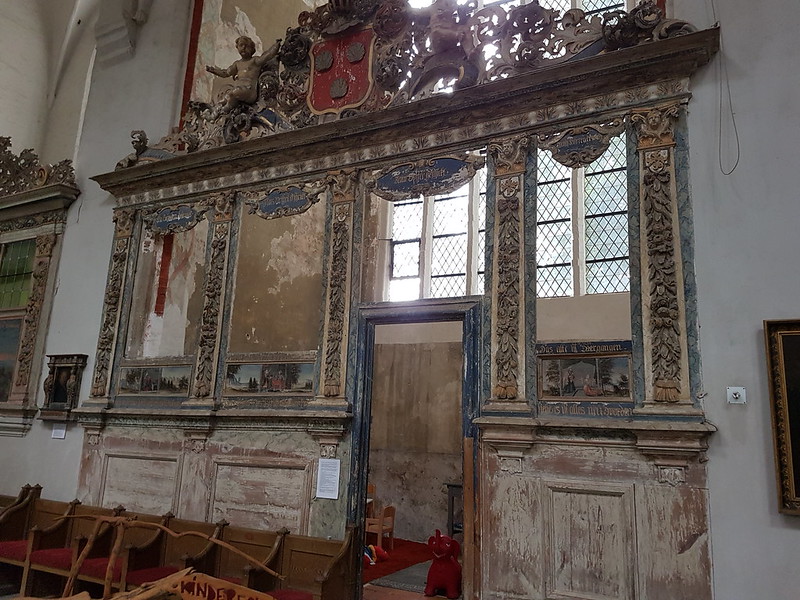 I assume the shabbiness of parts of this church are a consequence of its location in a part of the former Eastern Bloc. 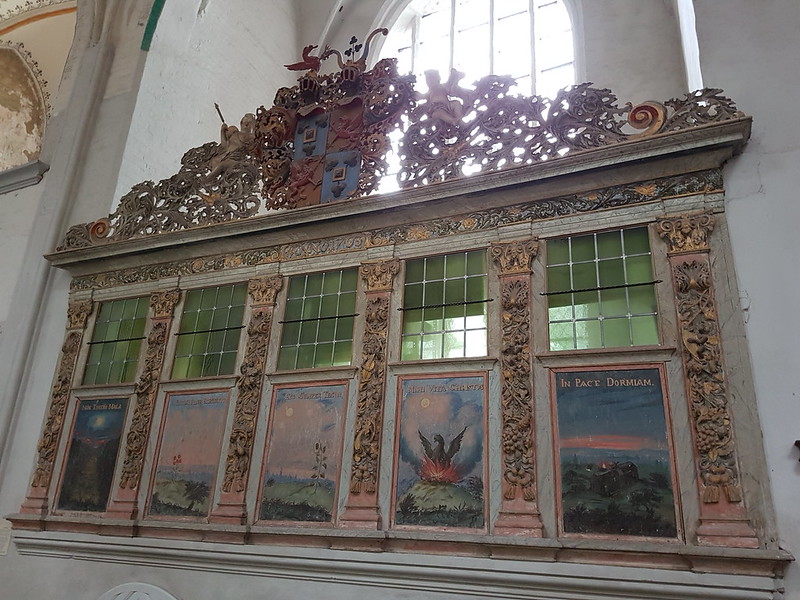 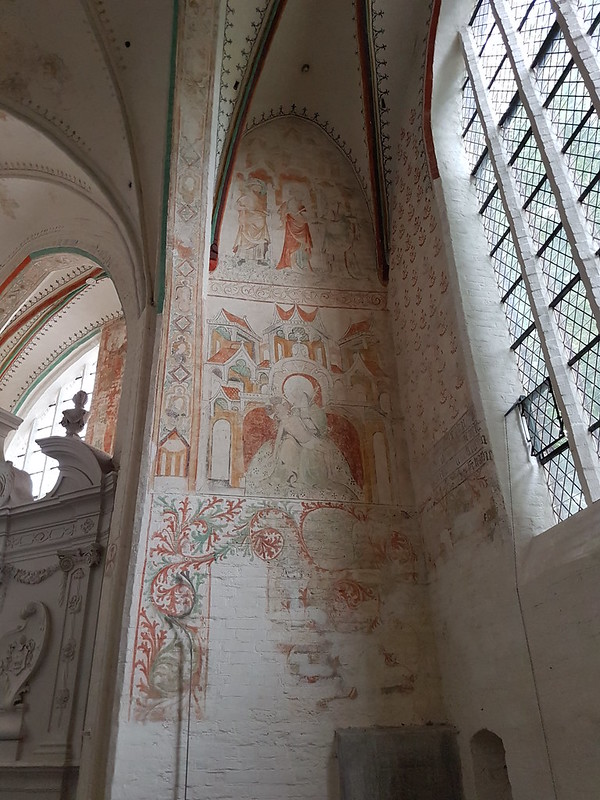 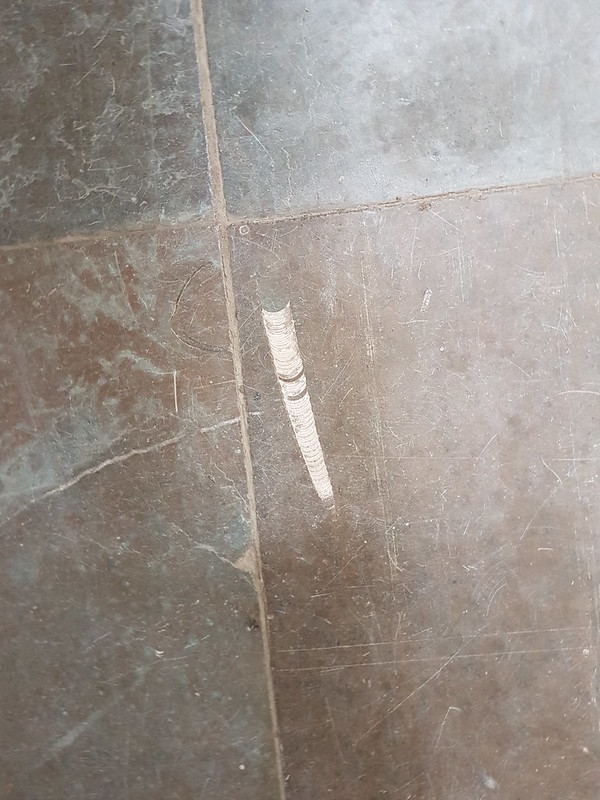 …is the corner of a slab in the cathedral. I assume that it’s a fossil of some sort. Always gratifying to sneak in a nature photo!

I’ve included this photo of a courtyard… 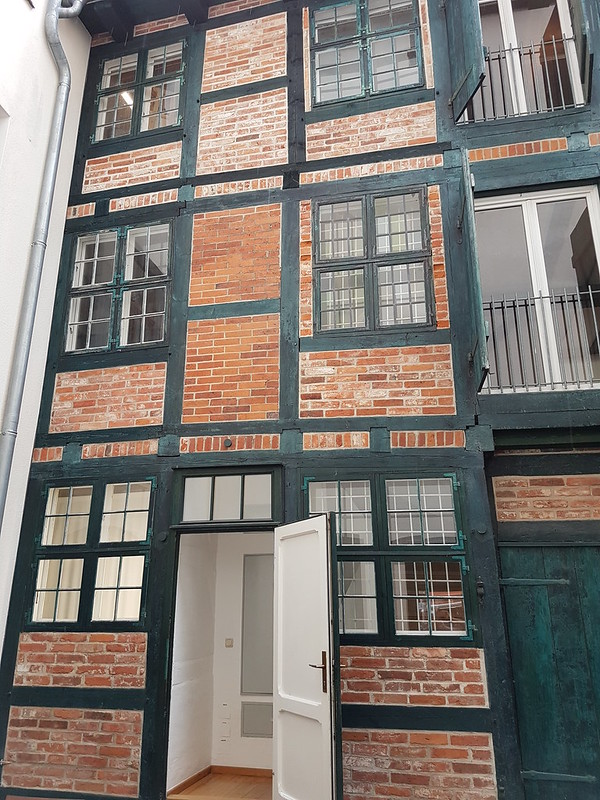 …because it appears to be the only photo I took in the thoroughly underwhelming Caspar David Friedrich museum. I studied his paintings when I took an OU course years ago and was very pleased to discover that he was born in Greifswald (when it was part of Swedish Pomerania – who knew?). I think it’s fair to say that he’s a major artist, so I didn’t expect to see any of his famous paintings on display, but maybe some sketches or juvenilia? But – nothing. This was a museum with no content at all, just lots of information boards and a video. It did keep us out of the rain, but it seems a bit cheeky to charge for an empty museum. 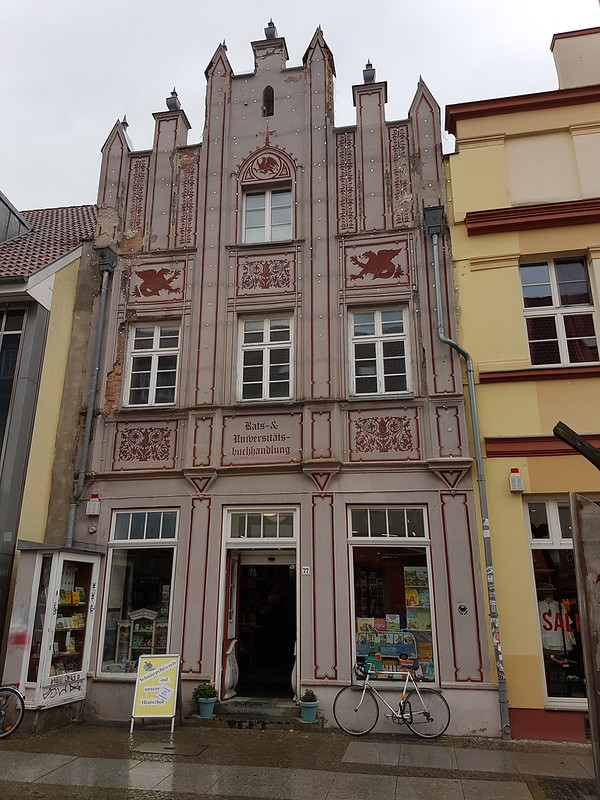 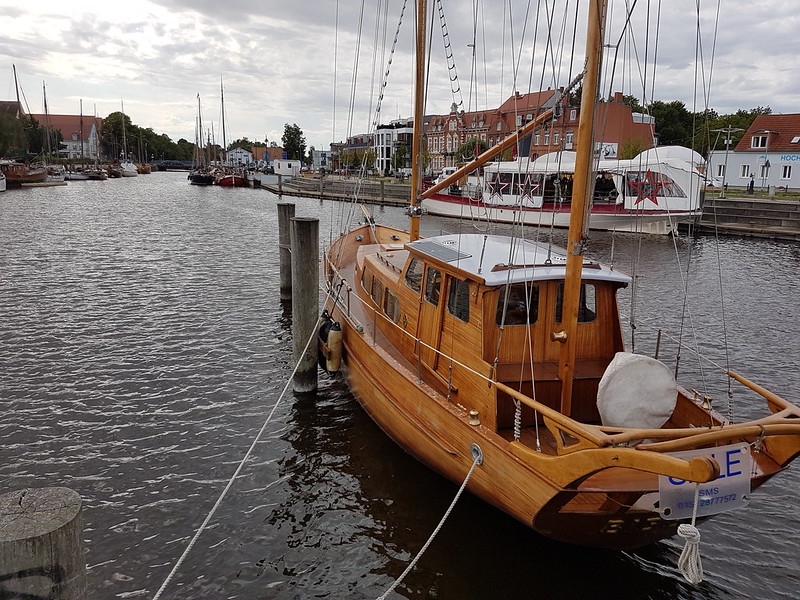