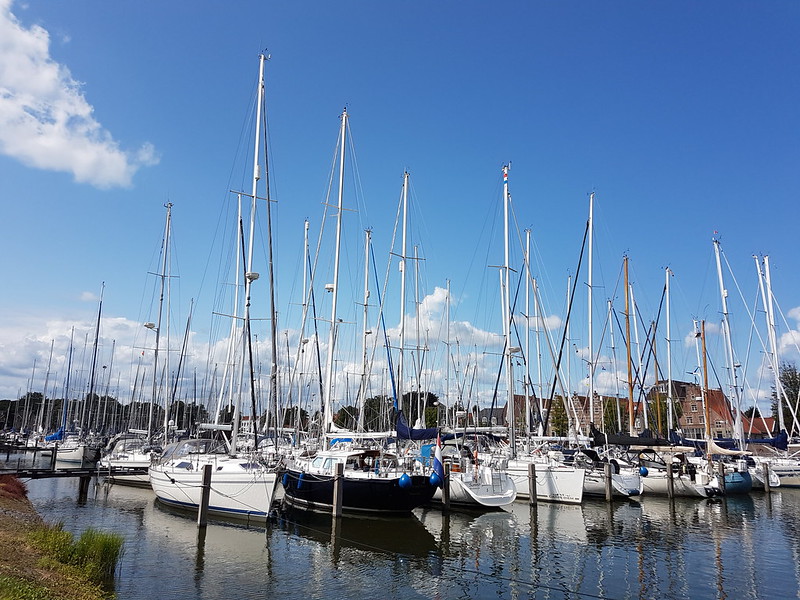 The last day of our European odyssey. We’d spent the day before at one of those swimming pools where nobody actually swims because they’re too busy swooping down slides, messing about with inflatables, or waiting for the wave or current machines to perform their magic again. Not usually my cup of tea, but the kids enthusiasm was infectious and we all had a great time.

Now we’d had to leave our accommodation quite early, but didn’t need to board the ferry until late afternoon. Time to squeeze in a little more sight-seeing. 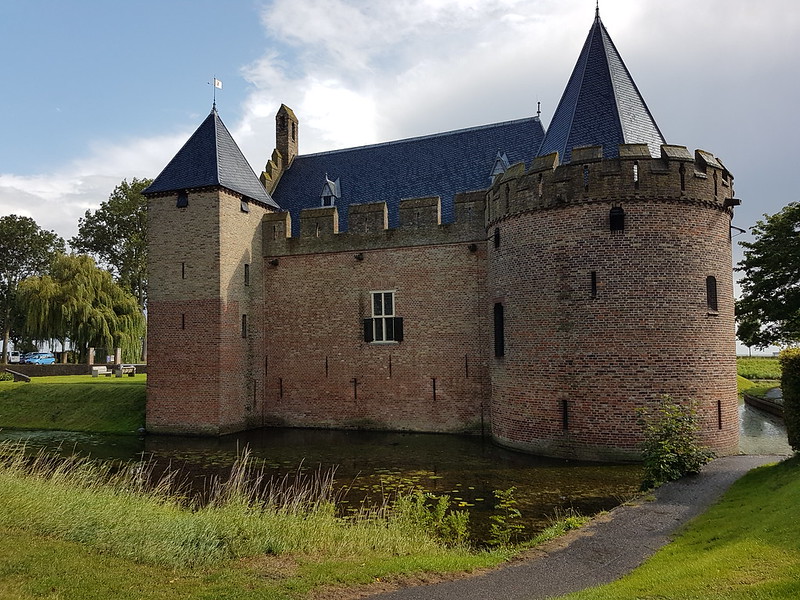 We’d already visited Medemblik a few times, mainly for groceries. We’d also been for a meal – Trip Advisor had recommended a bar as the best place for vegan food locally. When we arrived it was to discover that the only vegan option was a Caesar salad. Without the chicken. Or the parmesan. Or the dressing, which contains anchovies. So – a bowl of lettuce. For sixteen Euros. Fortunately, the Italian restaurant next door was much more accommodating. 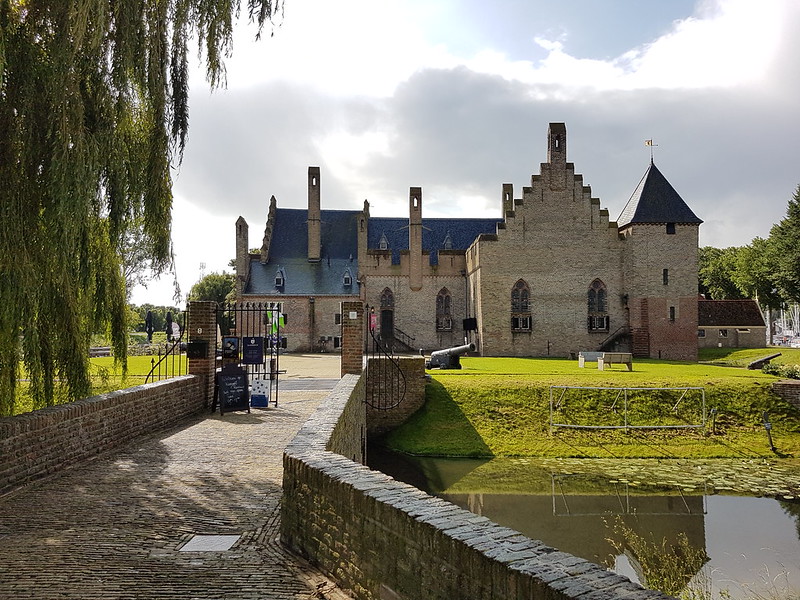 As you can see, Medemblik has a castle. 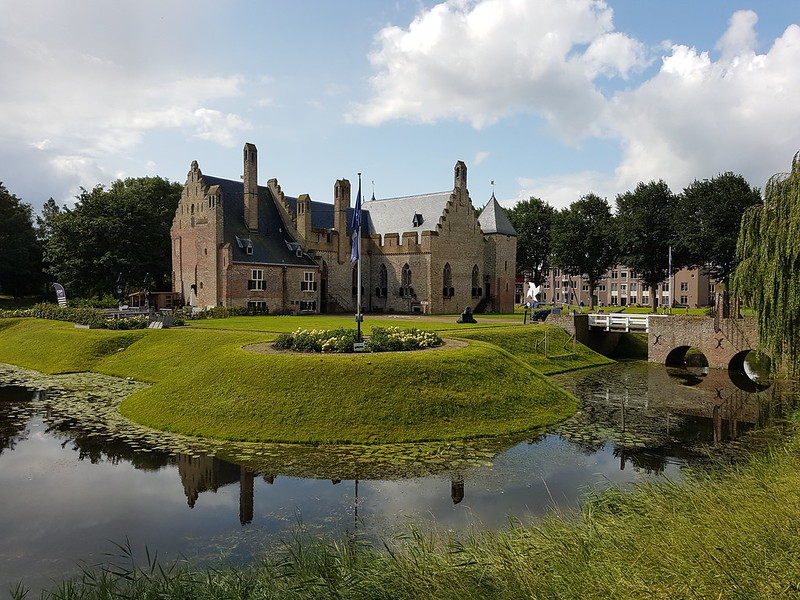 It also has a marina and a complex of harbours and lots and lots of boats, which made me very happy. 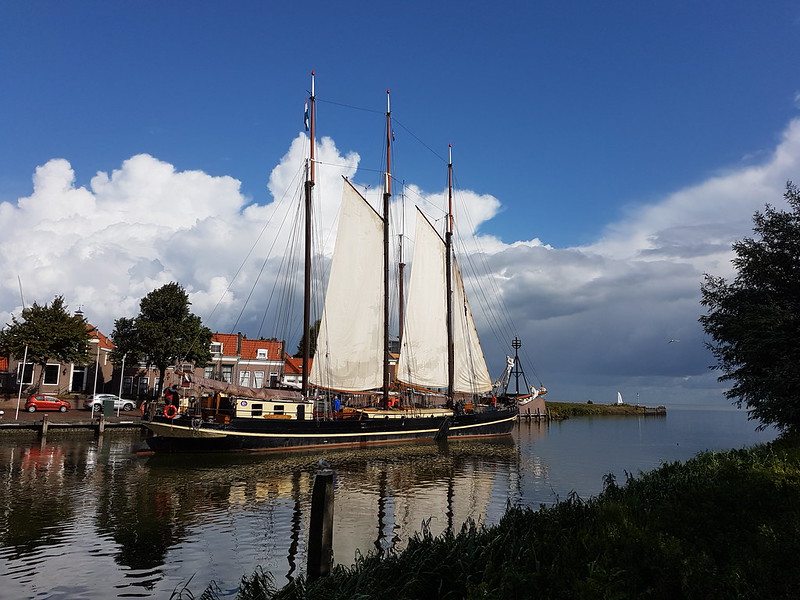 Many of the boats were leaving the harbours for the IJsselmeer, which seemed like quite a complex process, requiring some careful manoeuvring and a plenty of consideration for other sailors. 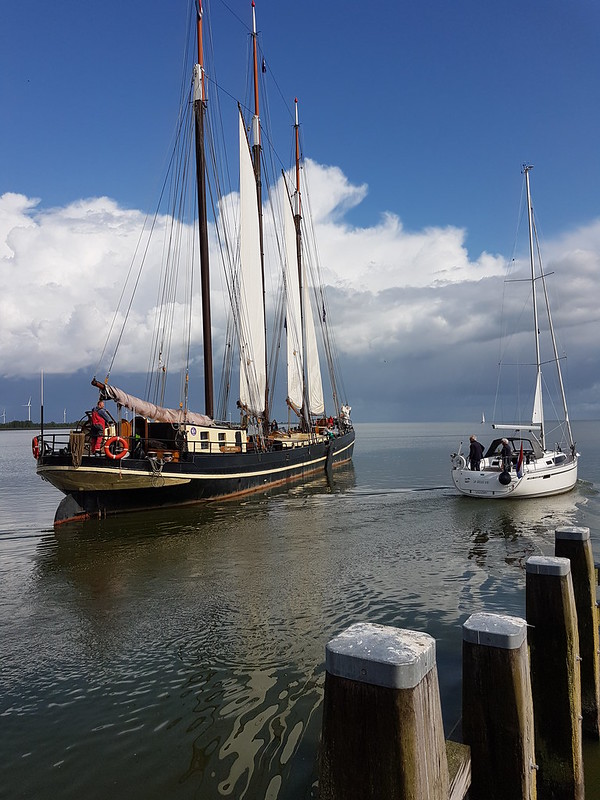 Frankly, I could have watched the boats going in and out all day. 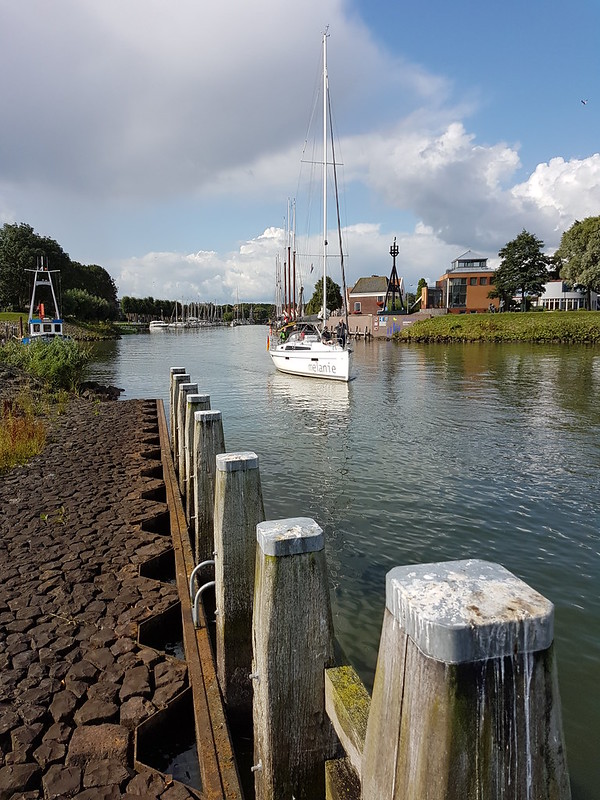 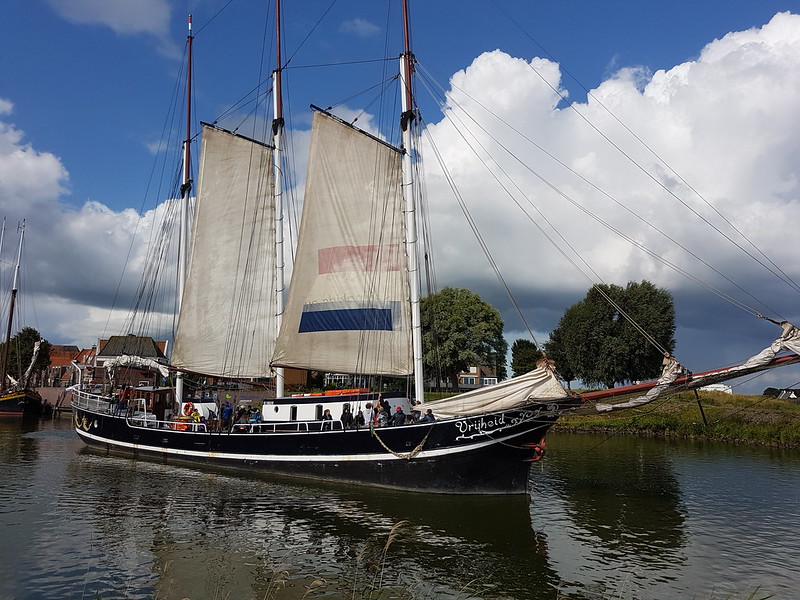 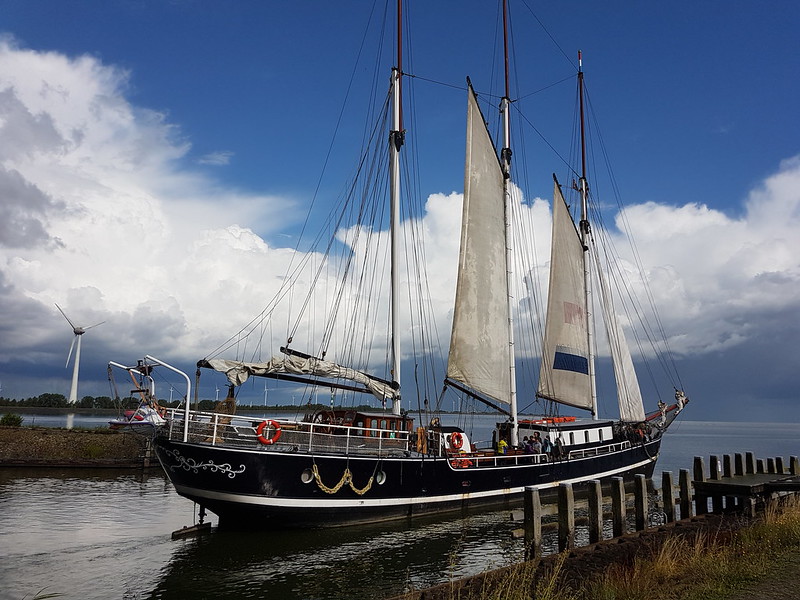 Holland really does seem to be absolutely criss-crossed by canals. Both of the properties we rented in the Netherlands neighboured small canals. It also felt as though almost everybody had a boat of some kind. 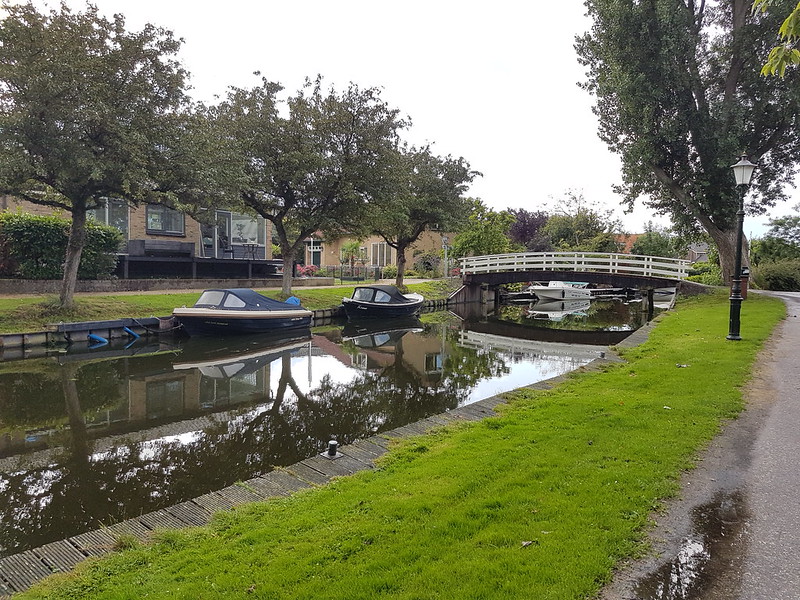 This prevalence of waterways and passion for boats means that driving anywhere requires a fair deal of patience, as lifting bridges seem to be the norm, even on very major roads. 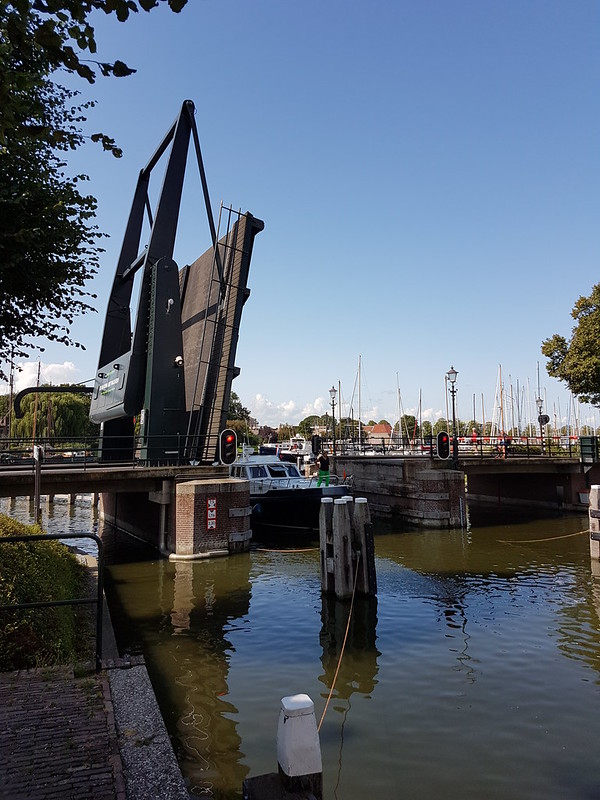 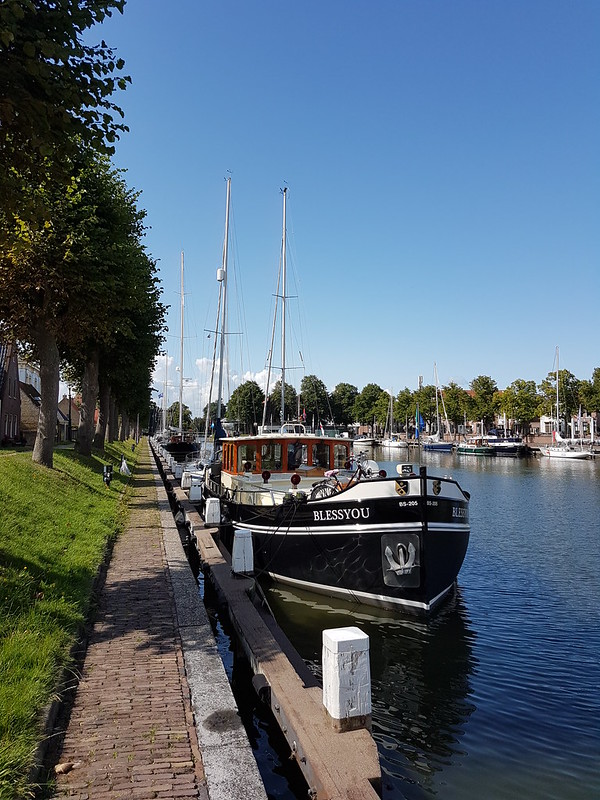 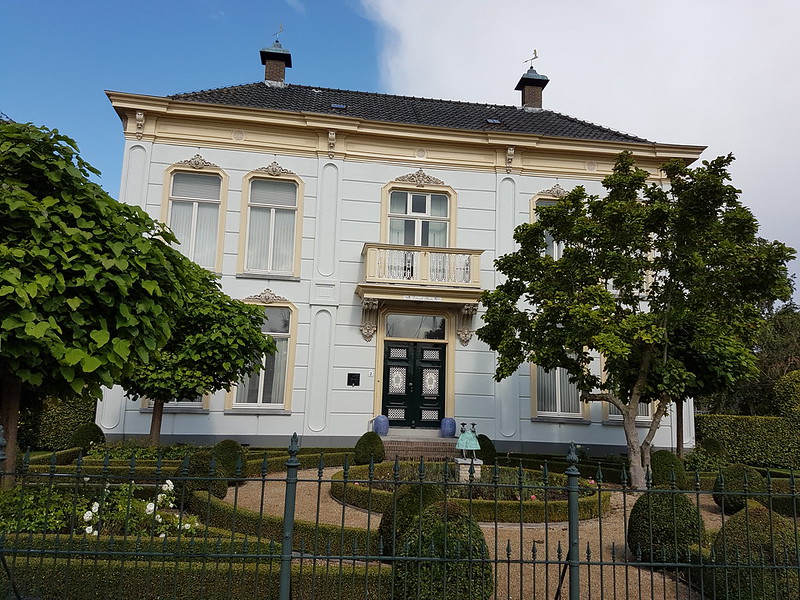 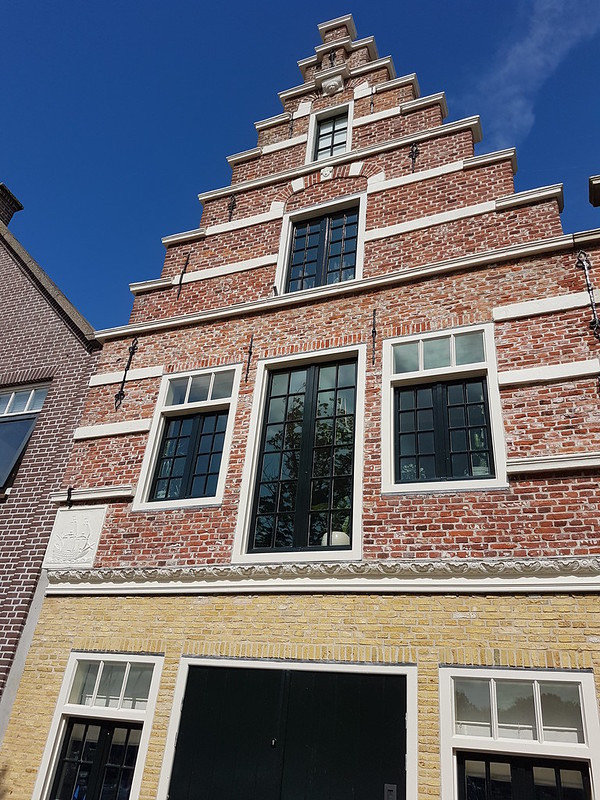 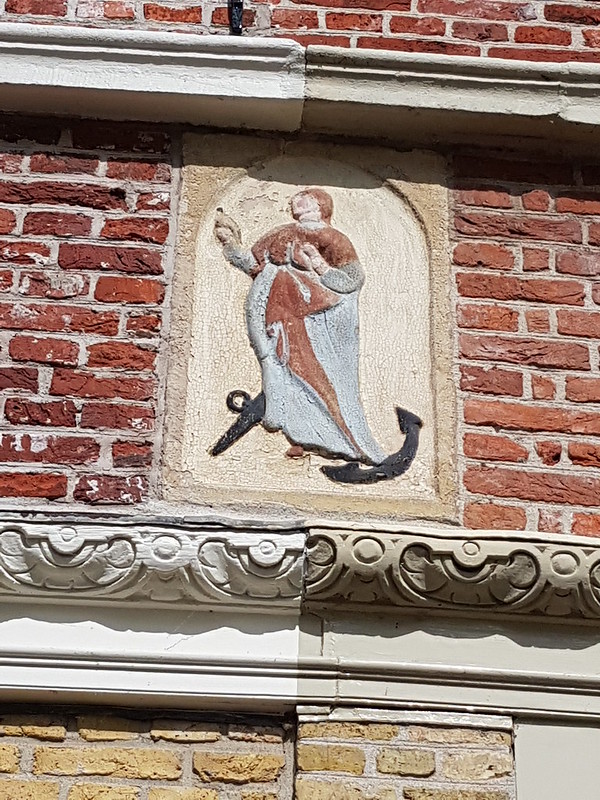 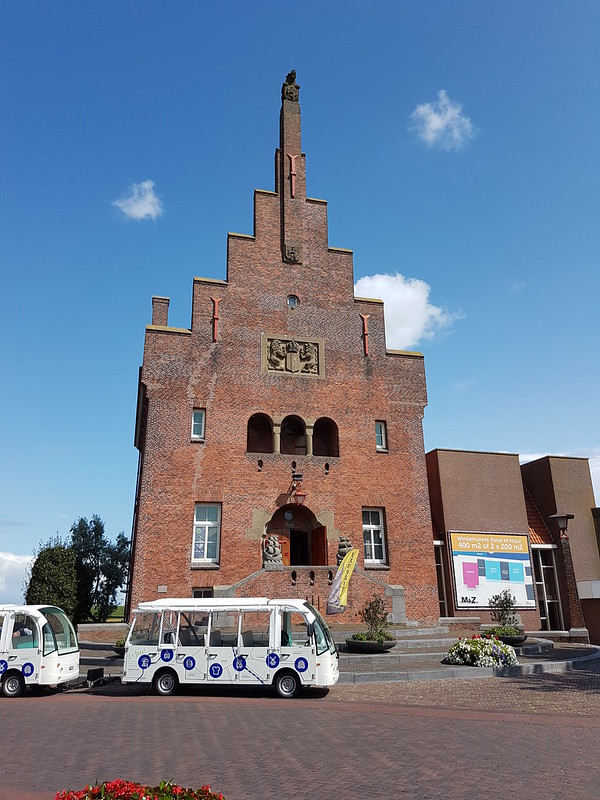 I have a feeling that this rather odd building might have housed some sort of gallery or museum. 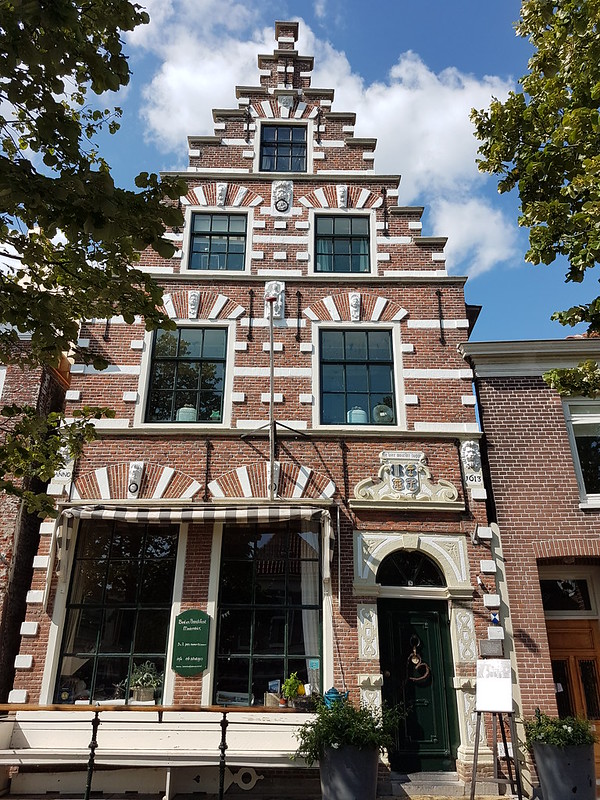 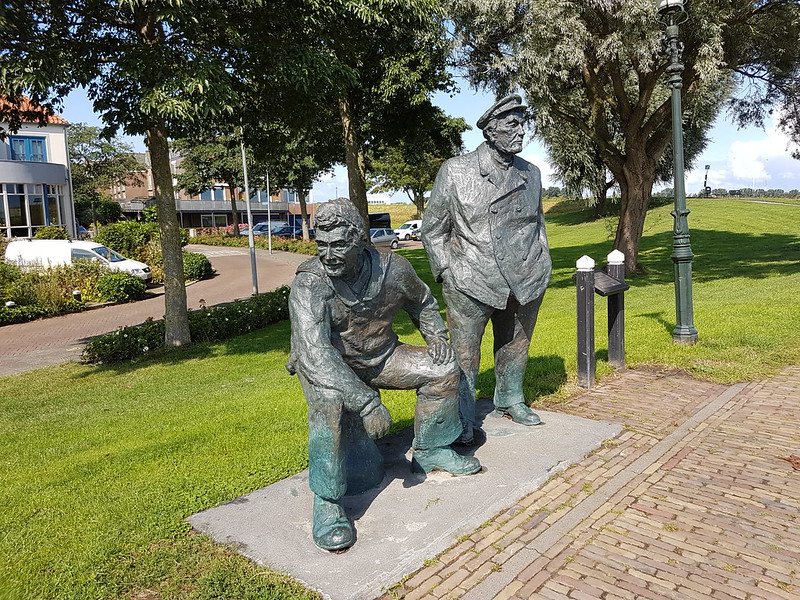 A sculpture to honour the sailors and fishermen of Medemblik’s past. 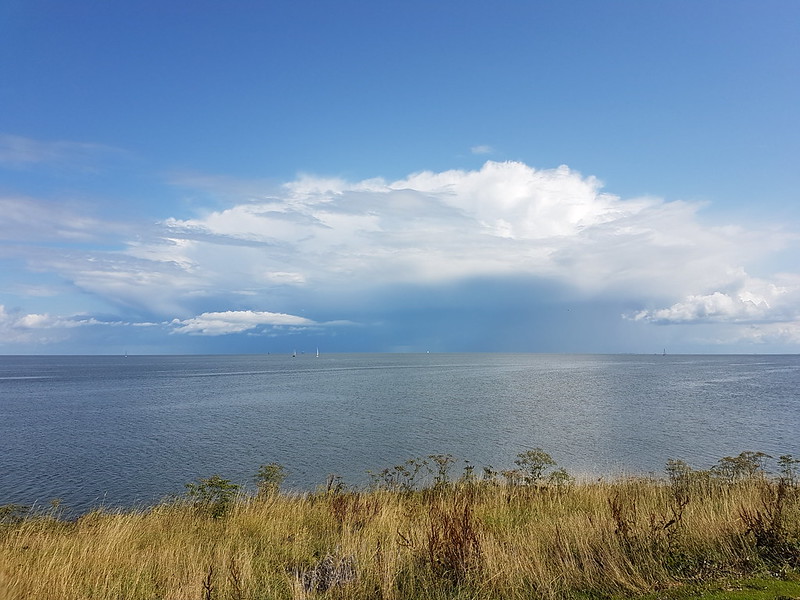 One last trip-advisor outbreak of muppetry to report: too tight-fisted to book breakfast on the ferry, we took a convoluted route through South Shields to a recommended vegan cafe to find that not only was it not vegan, but that it didn’t even exist. After another interminable drive, the second recommendation provided an excellent vegan breakfast, I’m told. At lunchtime. Better yet, the boys and I found a storming greasy spoon just around the corner without any online assistance.

That being said, not all online advice is bogus, and I can heartily recommend the area around Medemblik and Enkhuizen.