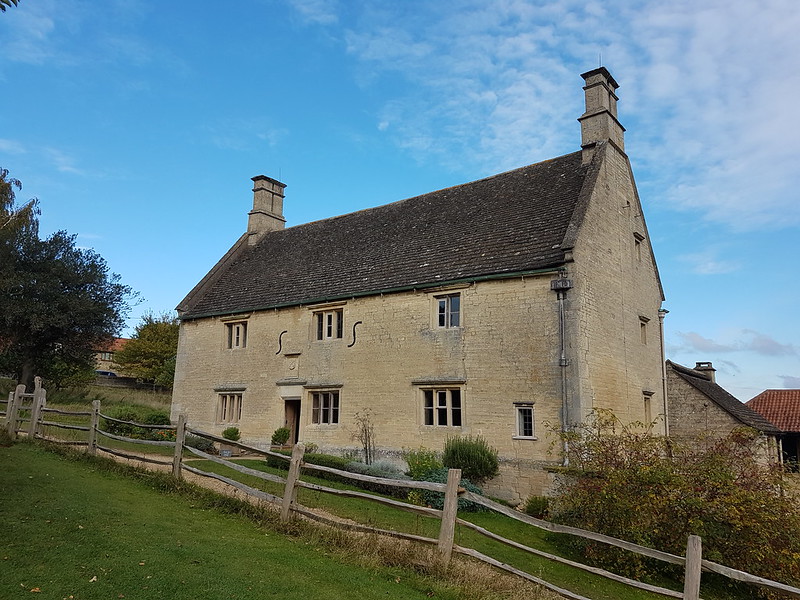 During October half-term we visited my parents in Lincolnshire and whilst there had a day out at Woolsthorpe Manor House, the birthplace, in 1642, of Isaac Newton. 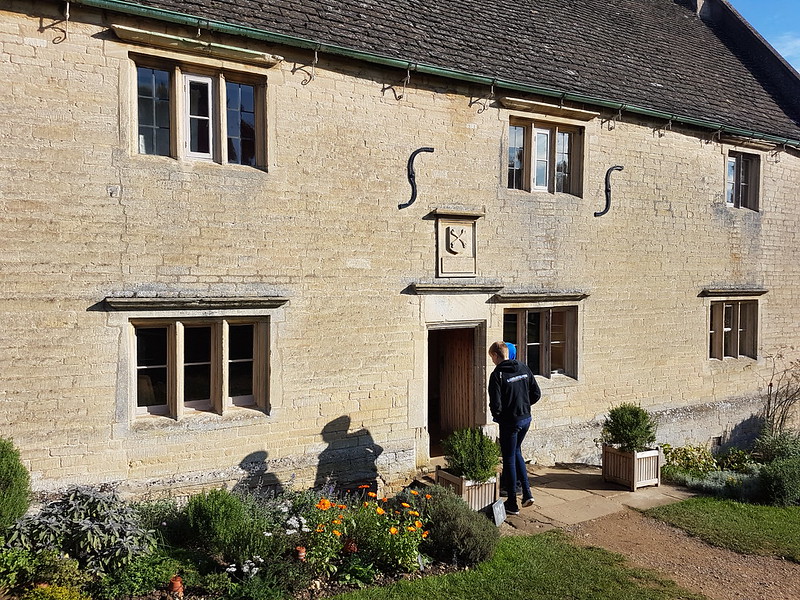 In 1666, Cambridge University closed due to the plague and Newton returned to Woolsthorpe and conducted a number of important experiments on optics. Maybe there’s a modern day Newton, stuck at home right know, about to revolutionise science with an idea germinated in isolation?

Inside the house, a seventeenth century farmhouse, there were fascinating exhibits on optics and also a room dedicated to the Apollo 11 moon landing, with it being the 30 year anniversary.

In the garden, there’s an apple tree… 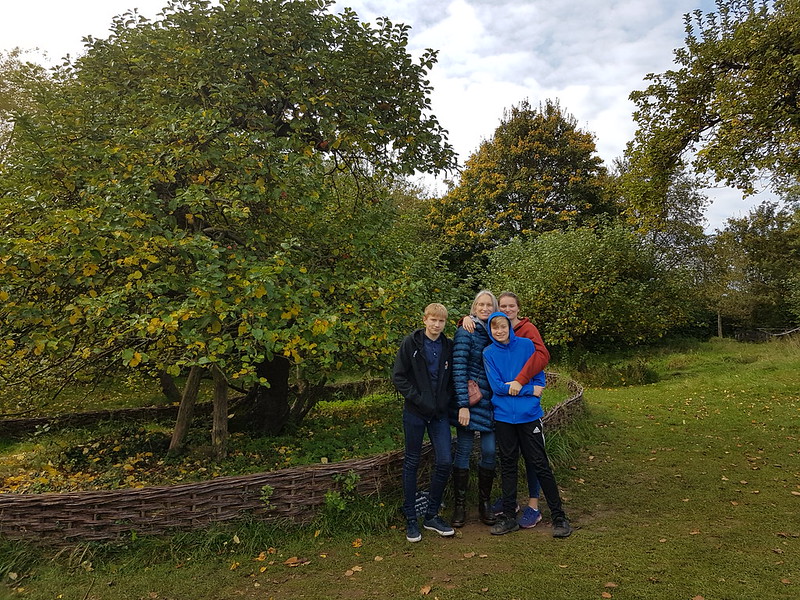 …which is not the actual one from which a falling apple reputedly inspired Newton to conceive his theory of gravitation, but which is descended from it. Presumably from a cutting, which would mean that it is genetically identical to the original tree*.

The National Trust had clearly made an effort to make the most of quite a small space and there were exhibits in another building and various other attractions, including garden Jenga… 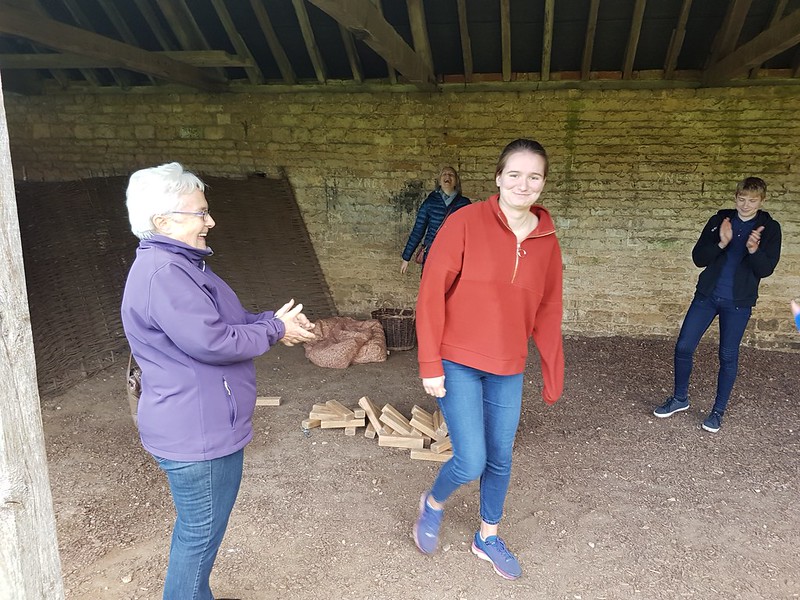 A had just demolished the tower here, much to everyone else’s amusement.

And a Lego moon lander… 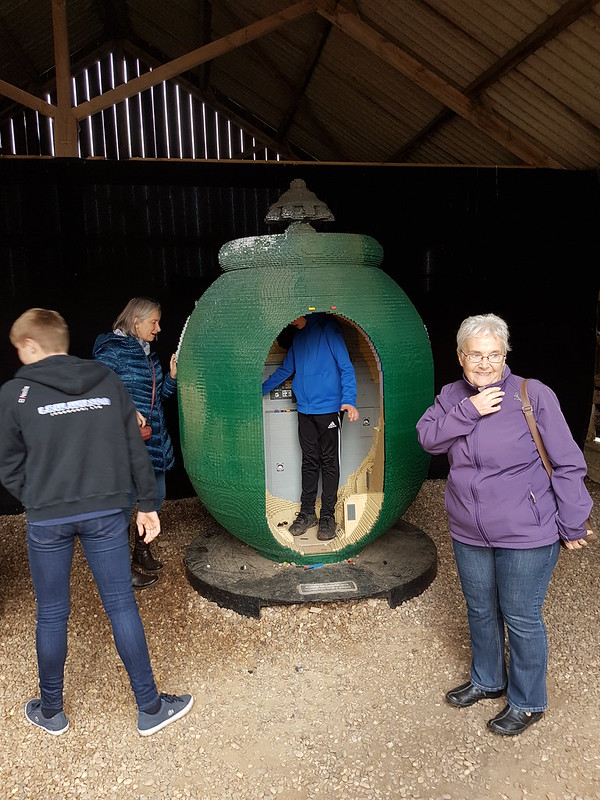 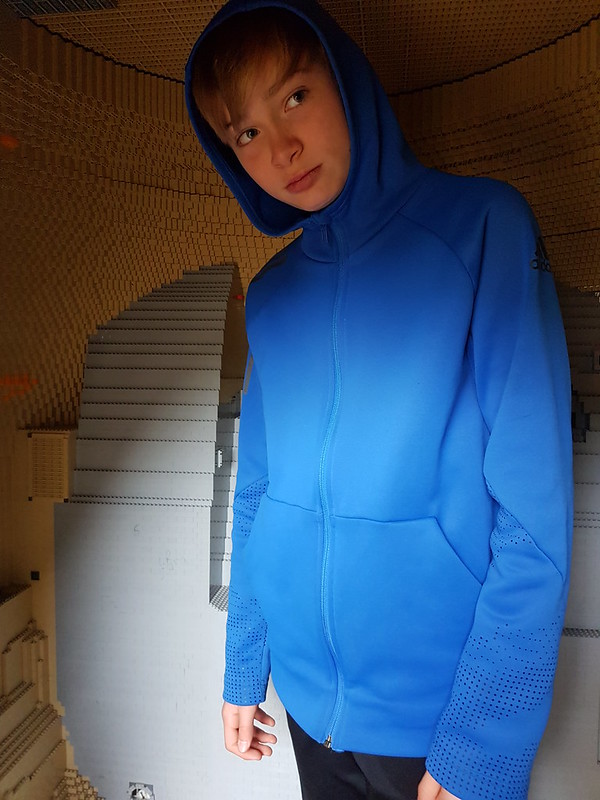 There’s also a small cafe at Woolsthorpe, but they didn’t have anything to offer the vegan members of our party, so we drove to another National Trust property nearby, Belton House and had a very late lunch there. We were too late to have a look around the house, but Belton has an impressive playground within its substantial grounds and the boys, and maybe one or two other members of the family, are not too old to appreciate that sort of thing. We looked around Belton House years ago, so long ago, in fact, that it was pre-blog so there are no photos here that I can share. We’ll have to go back.

I didn’t mind the fact that lunch was late, since I’d had a very substantial breakfast…. 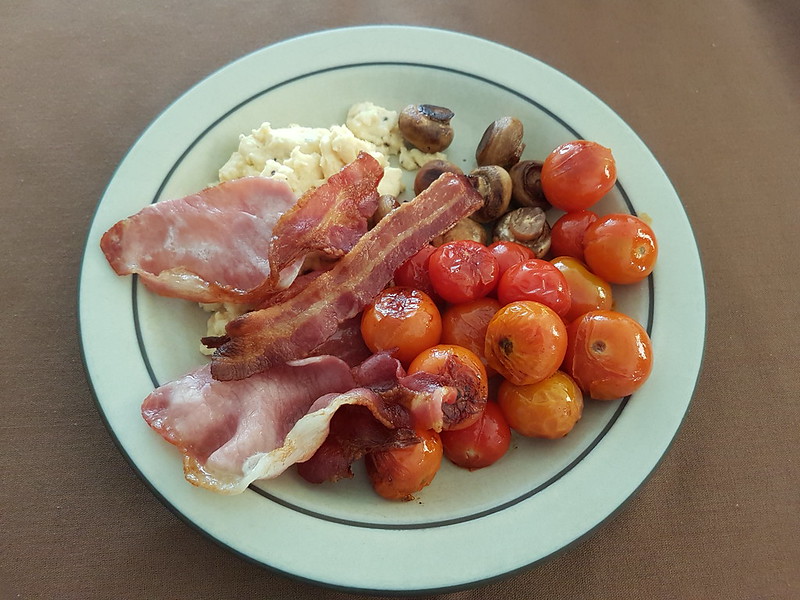 …I’m usually too intent on eating to remember to photograph my meals, but I took a picture this time so that I could remind my mum (hello Mum!), not to be so stingy with the tomatoes next time she makes me breakfast (thank you!).

* I’m a bit geeky about apples. They have a fascinating history. Most apple varieties don’t produce seed unless they are cross-pollinated with another kind of apple. The resulting trees have very unpredictable qualities, since apples seem to produce a great deal of mutations. So to retain the properties of the fruit produced by a tree it’s necessary to take a cutting. Which means that all apples of any particular variety are genetically identical. I think!