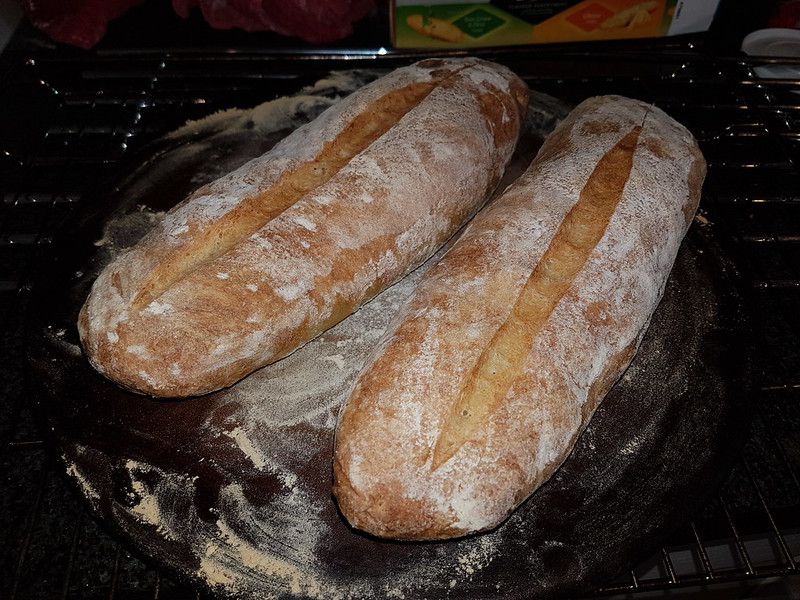 The last weekend of our Christmas break. 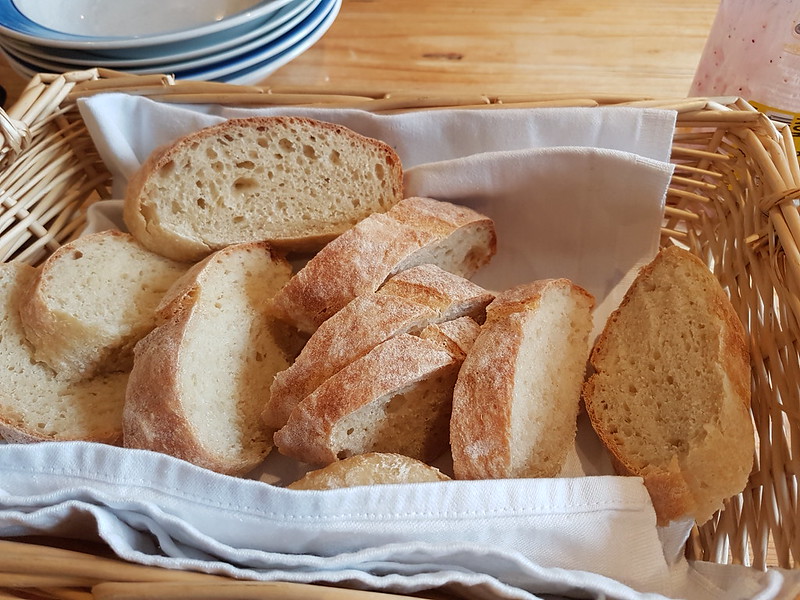 I don’t remember how Know Hill came up as a subject of conversation, but when it transpired that TBH had never been up there, well we had to put that right. 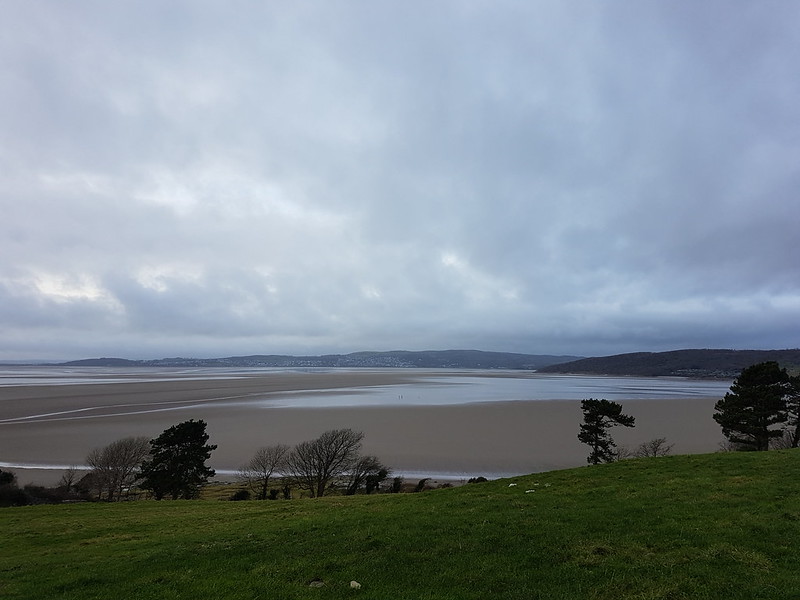 It’s a bit of a curiosity: it’s on the south side of the village and has a spot height of 32m. (Which surely means it qualifies as one of Ken‘s ‘Ridiculous Hills of Britain‘?) You can’t even climb that far, a right of way crosses one field towards to the top, but then just stops. 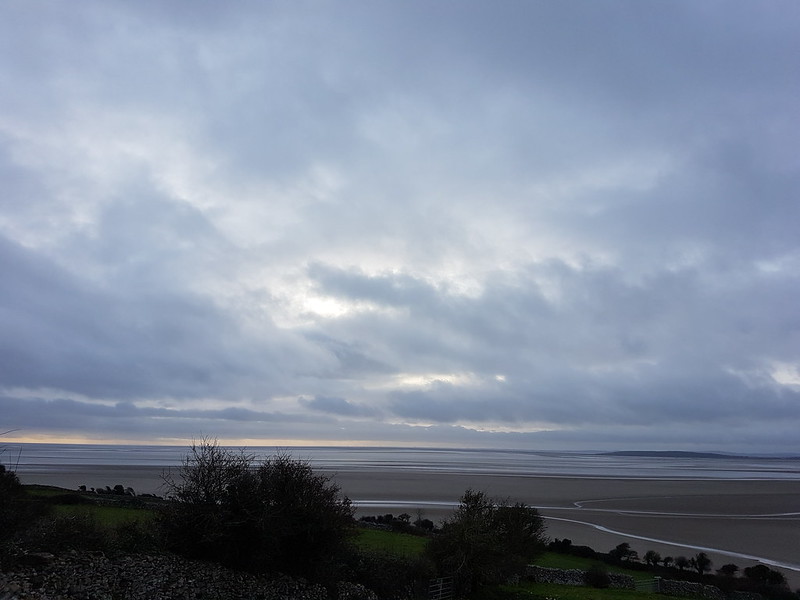 However, because it’s right by the coast, it has some nice views, even on an overcast day. 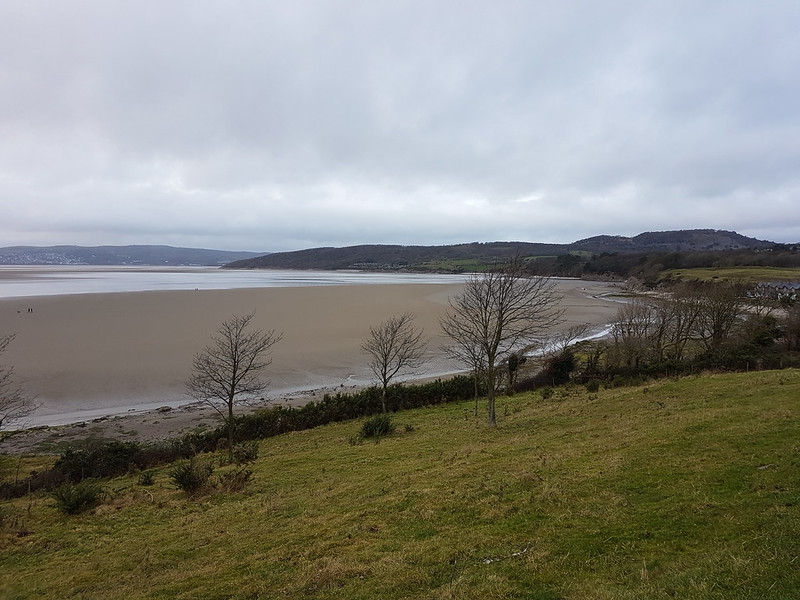 We could see quite a few people taking a turn on the ‘sands’ of the bay, so decided to follow suit. 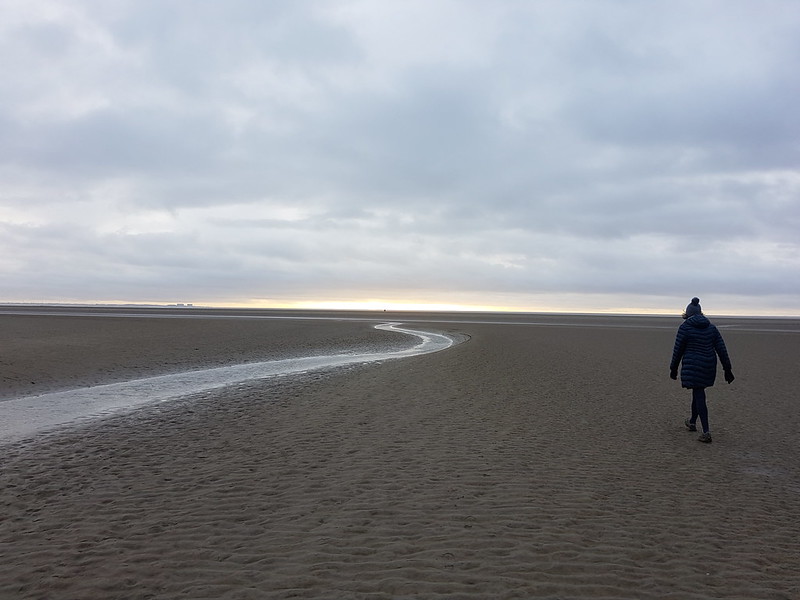 Later, I climbed Castle Barrow to watch the sunset… 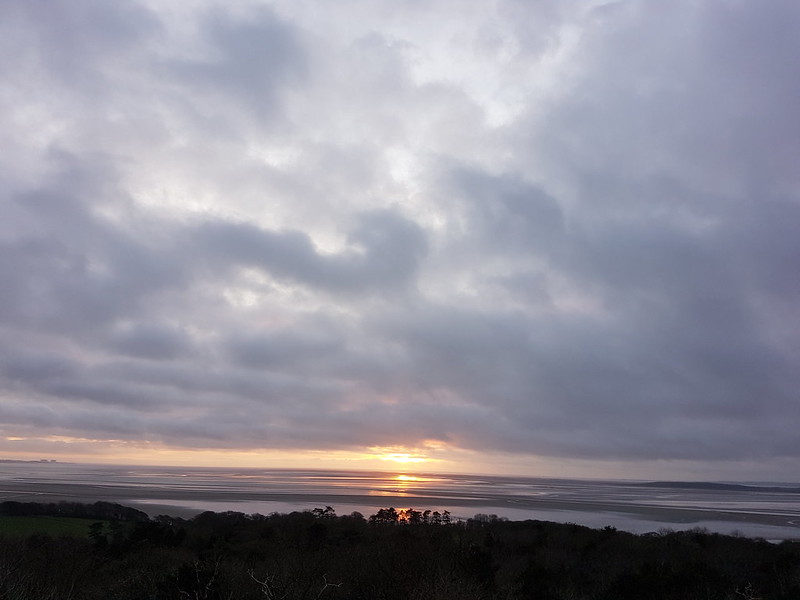 There’s a little rocky spot there, at the edge of the crag, where there’s a reasonably comfortable little hollow to sit in. 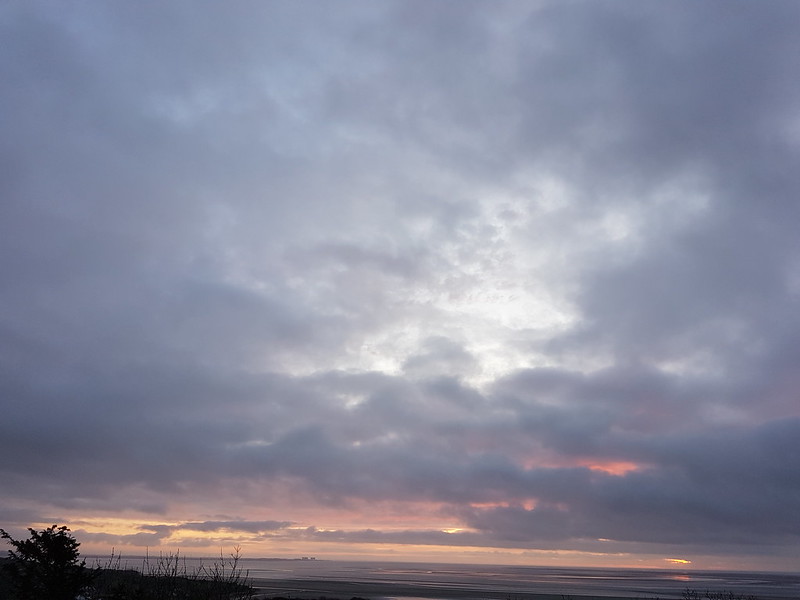 I really should use it more often, preferably with a stove and the makings of a brew. 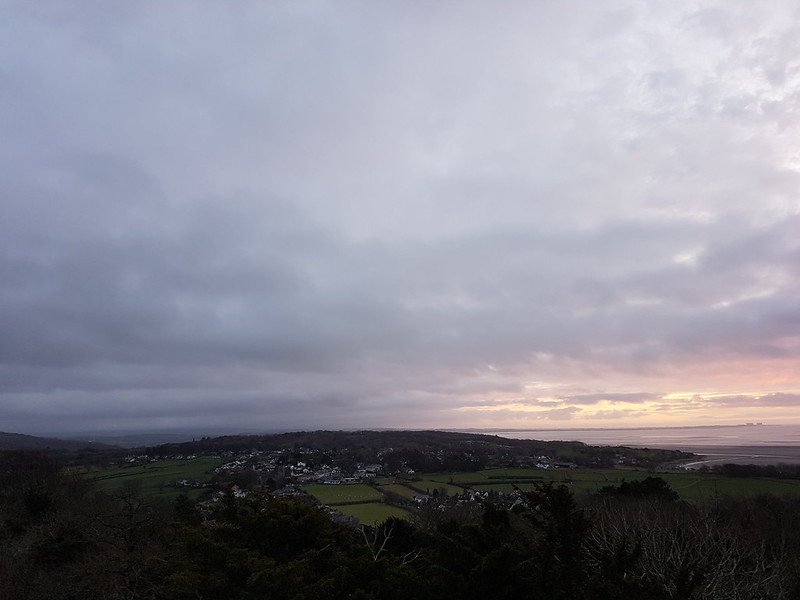 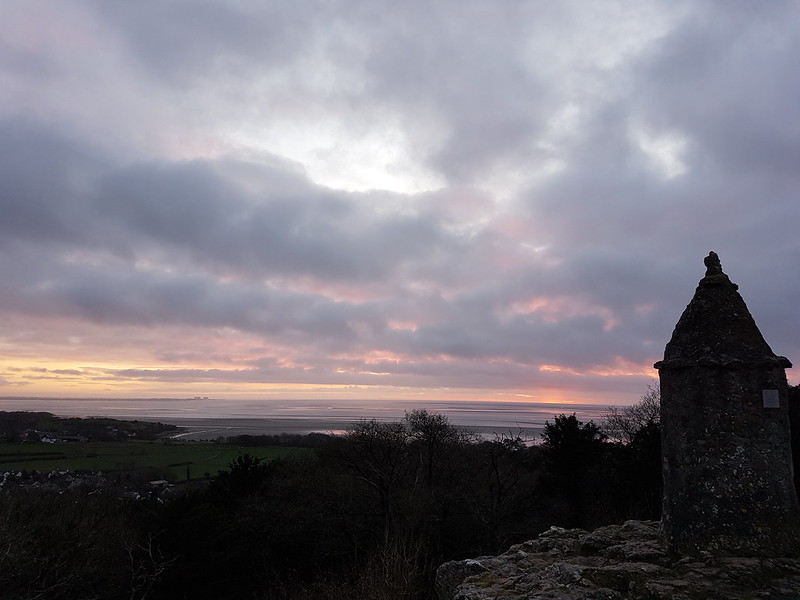 The next morning was damp and grey. I was out fairly early for a turn across the Lots. I was thinking that the small scraps of woodland by The Cove might be ideal for a stealth camp, when I noticed… 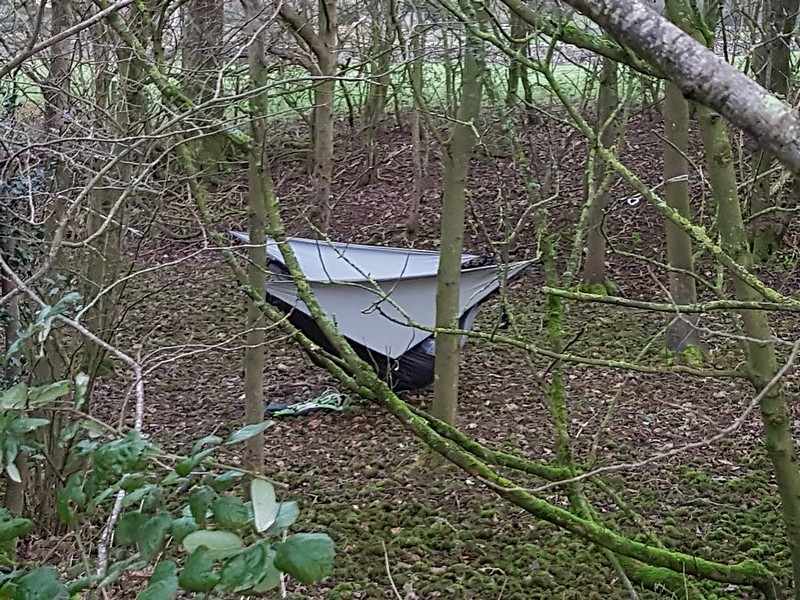 …somebody doing just that. To be honest, it was a miserable morning, and I didn’t feel particularly envious. Odd that I’d been thinking about camping though, before I spotted the hammocks. 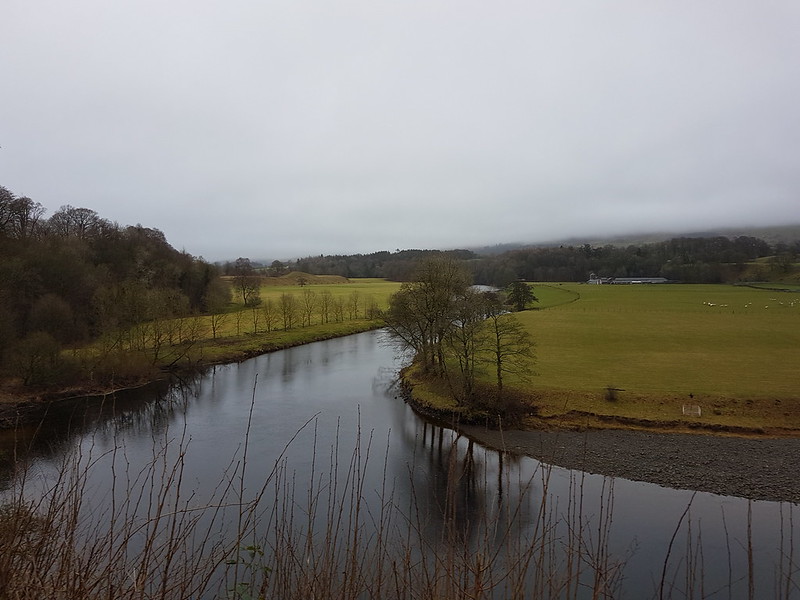 B was playing rugby, as usual on a Sunday, so I had a chance for a wander around Kirkby Lonsdale. The photo above is of ‘Ruskin’s View’, which is rather curtailed, since there should be hills in the background. It’s not surprising that those hills were hidden though: that afternoon, even Eaves Wood was in the cloud… 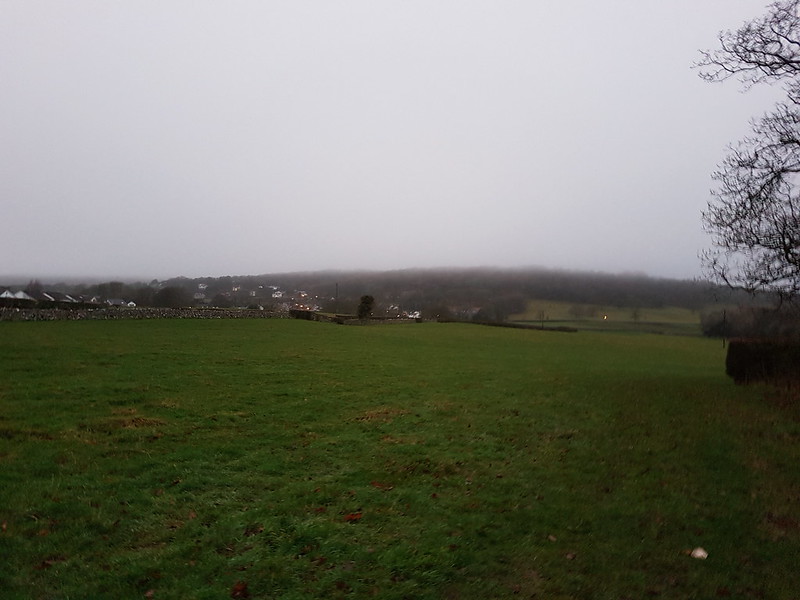