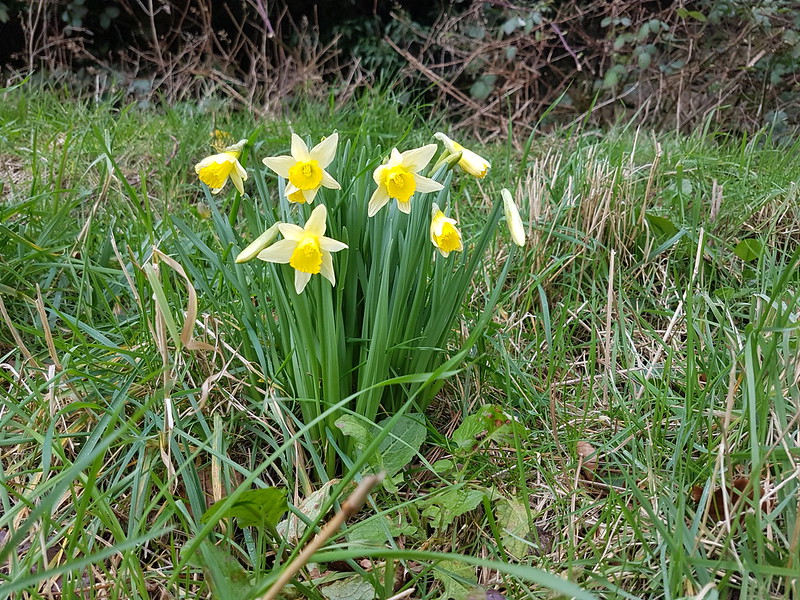 Daffodils on the bank on Cove Road. 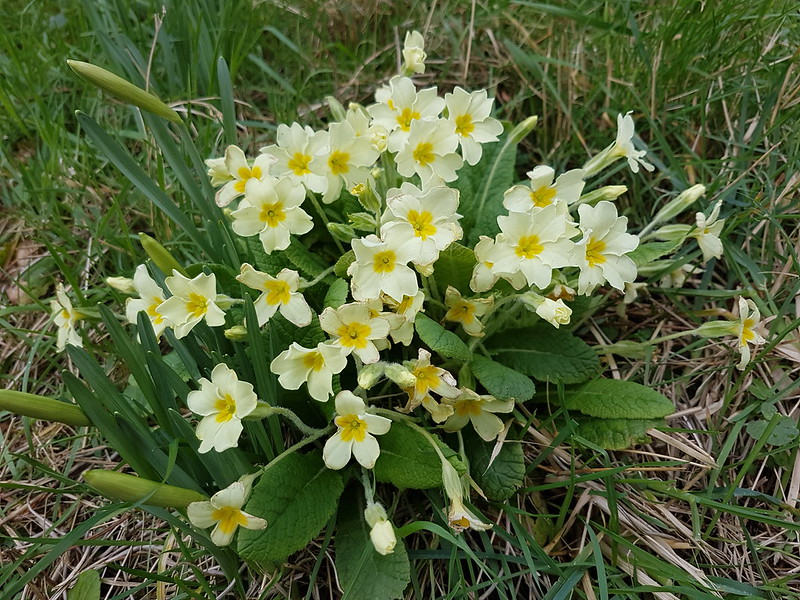 Primroses in the same spot.

February half-term brought lots more rain. I know it did, because I remember the flooding… 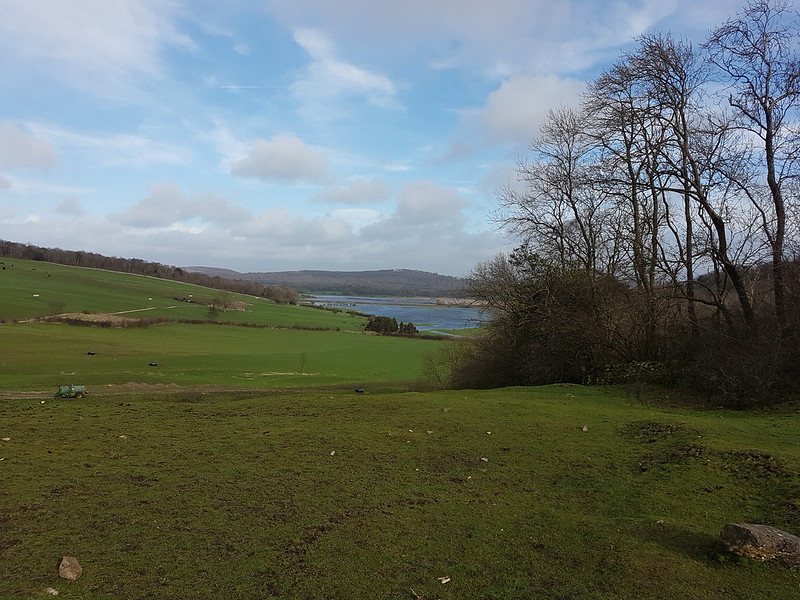 View from by Arnside Tower of the flooding by Black Dyke.

…and how it steadily got worse. But I have lots of photos showing blue skies and sunshine. 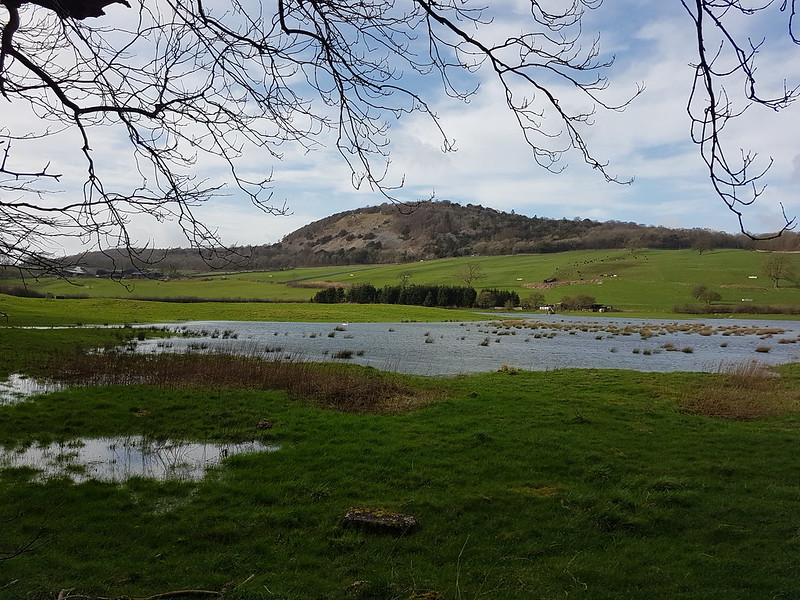 The explanation for that apparent contradiction is simple: because the weather was poor it seemed a bit pointless to drive anywhere to walk, but there were pleasant interludes between the storms and, being at home, I was poised to take advantage of them. 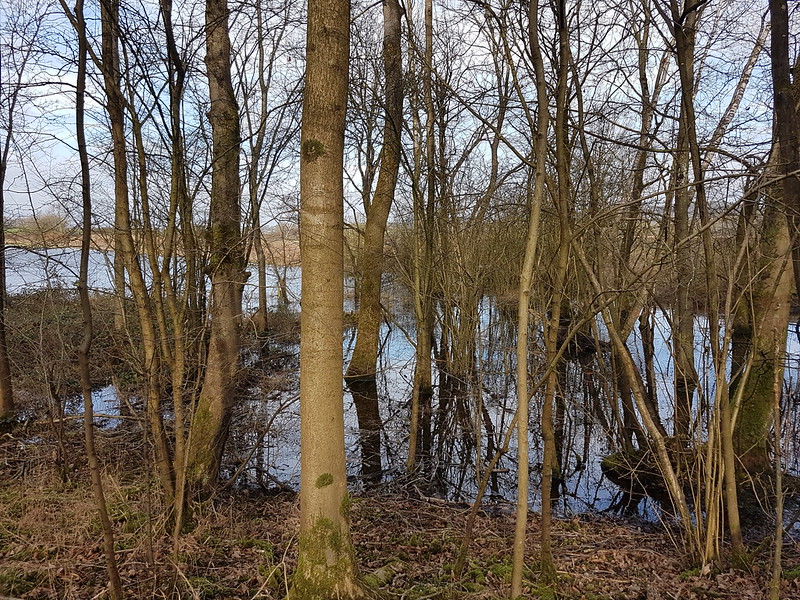 The flooding extends into the woods. 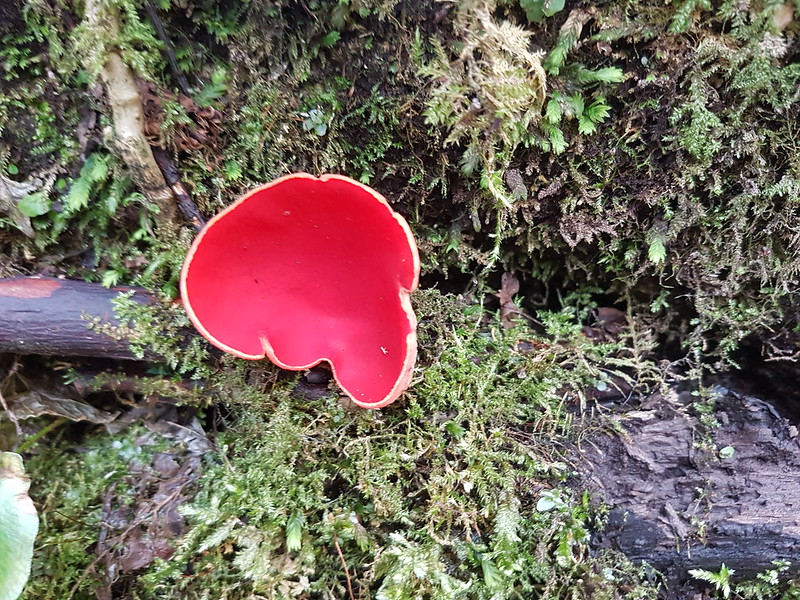 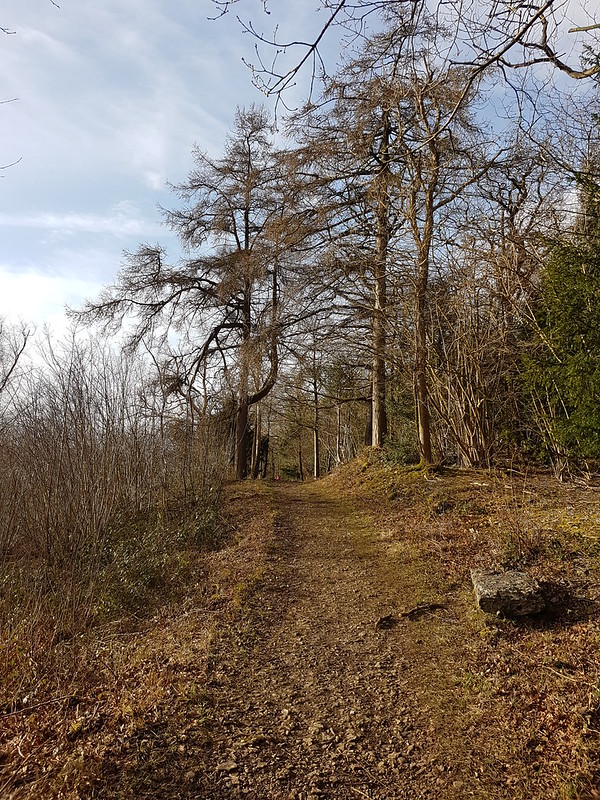 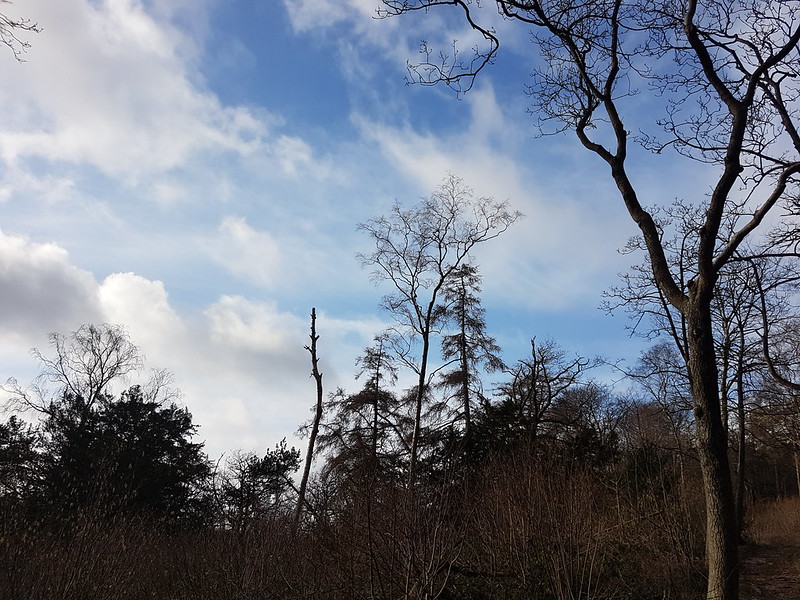 Because of the extensive flooding of Silverdale Moss and the adjoining fields between the railway line and Arnside Tower Farm, the circuit around Middlebarrow and Eaves Wood became a bit of a favourite – and has remained so actually.

Not that I neglected my other favourite local wanders… 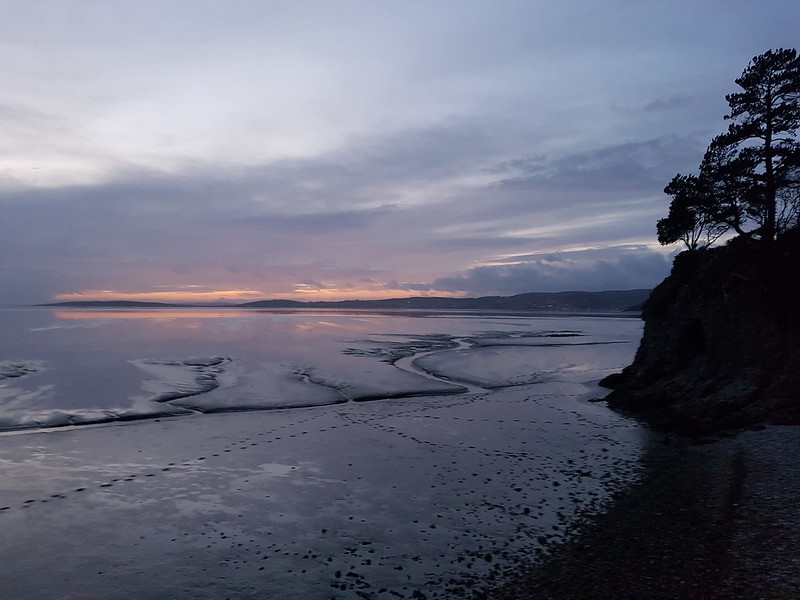 Sunset from the Cove. 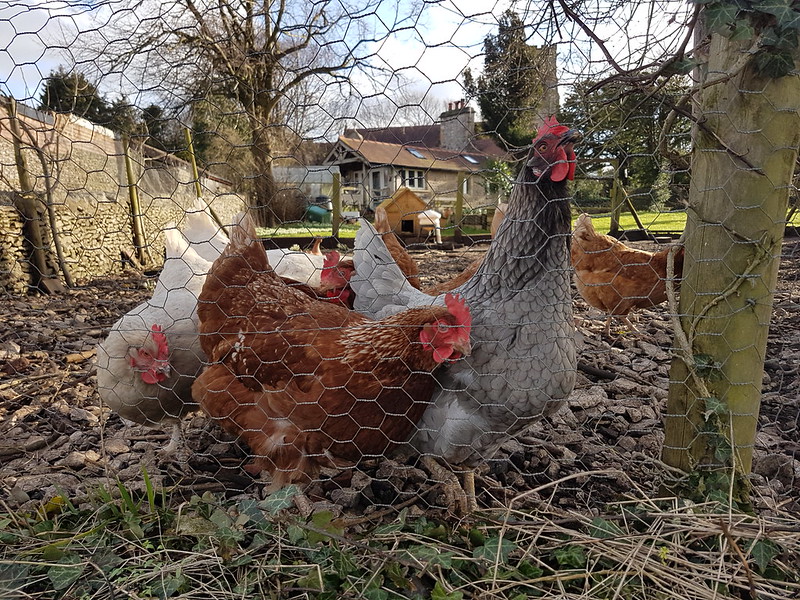 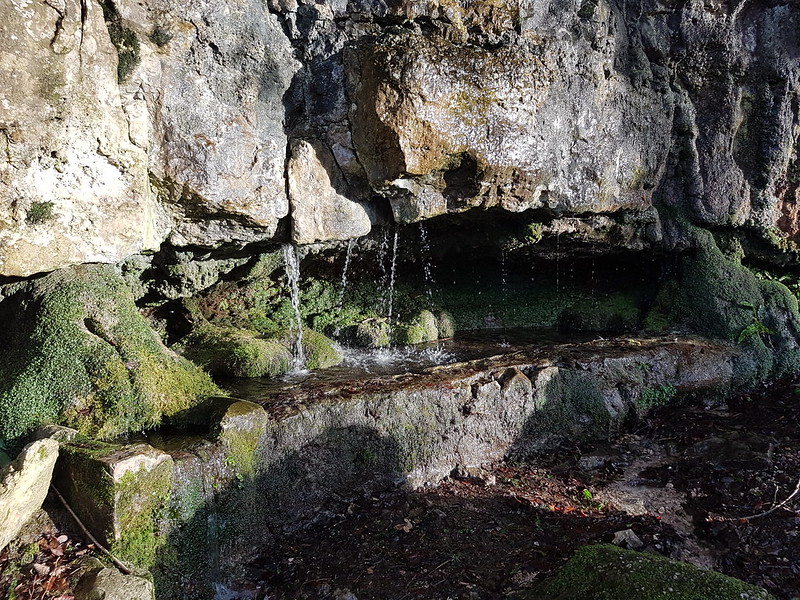 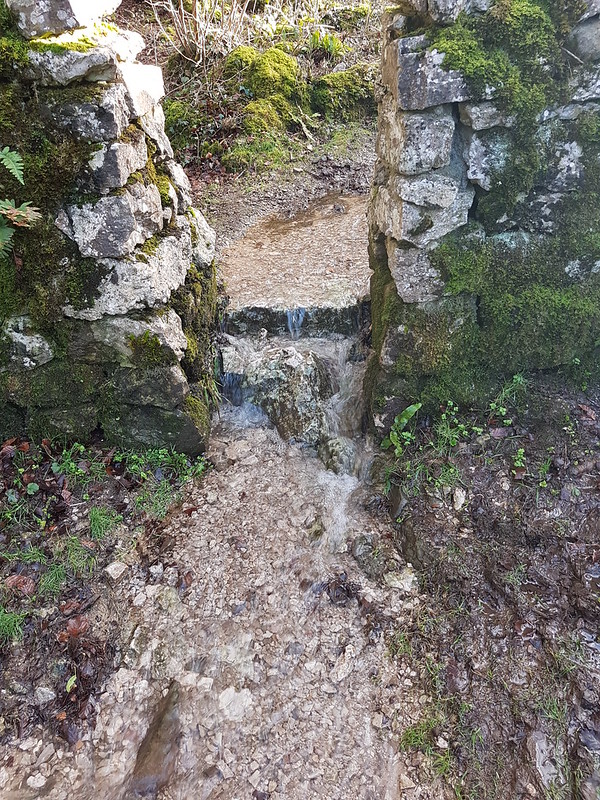 The path near Woodwell, flowing well. 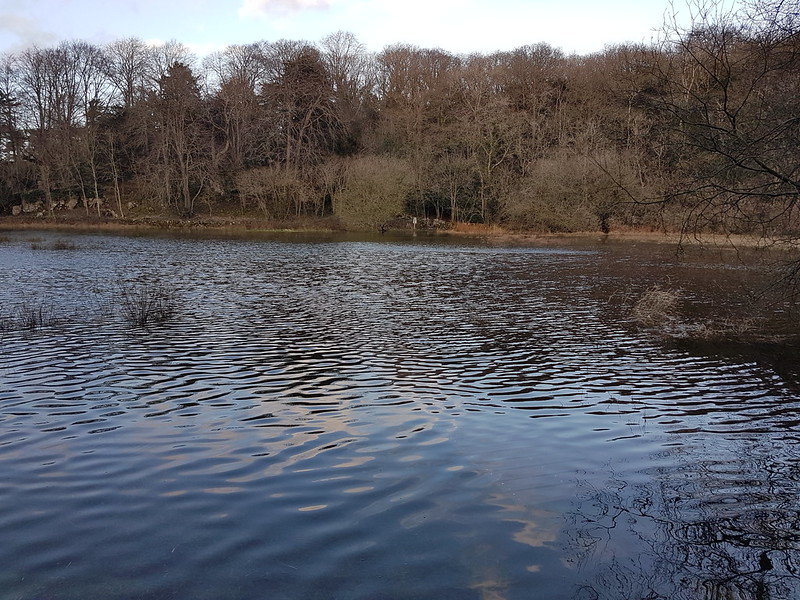 Lambert’s Meadow. You can just about make out the new bridge in the foreground – it was thoroughly submerged. 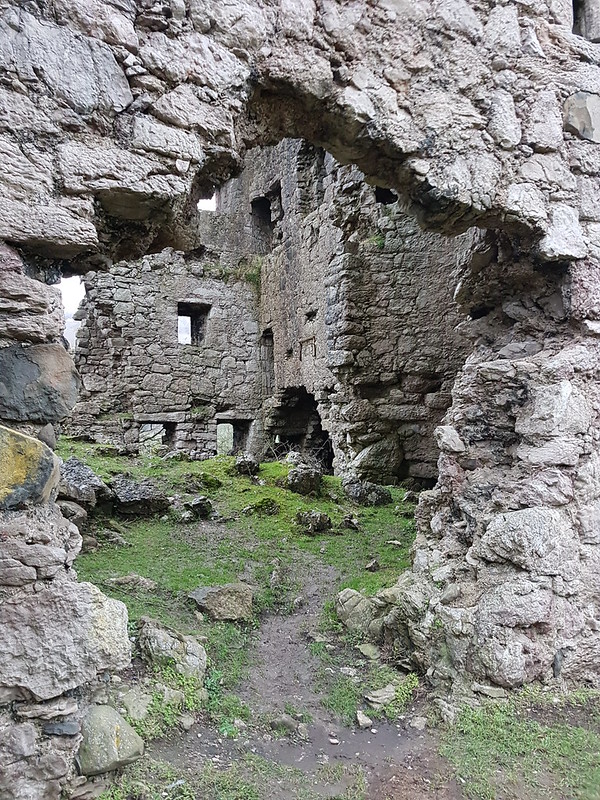 But I kept coming back past the tower to see the expanding lake below its slightly elevated position. 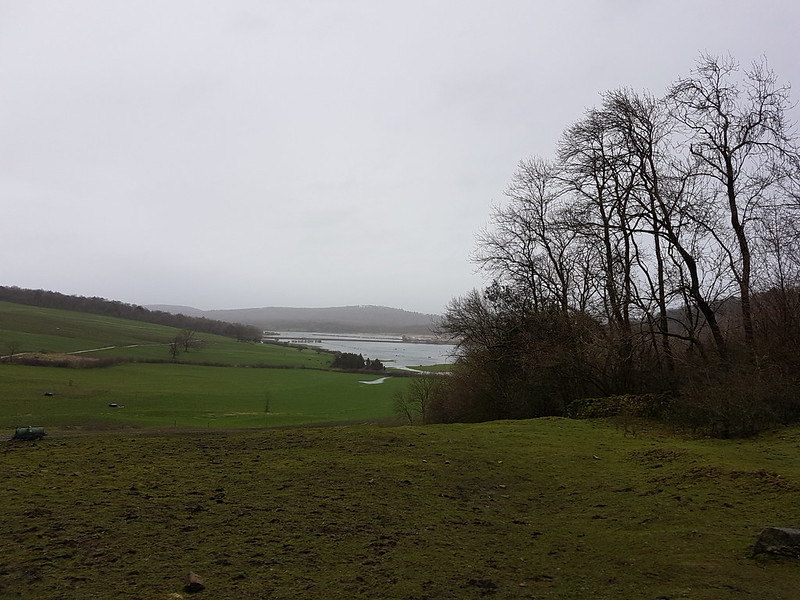 The flooding again – it was getting wider every day.

Until, this day, when I met a former colleague who was out walking her dog and chuckling to herself as I approached.

“You’ll need wellies”, she explained, glancing at my shoes. 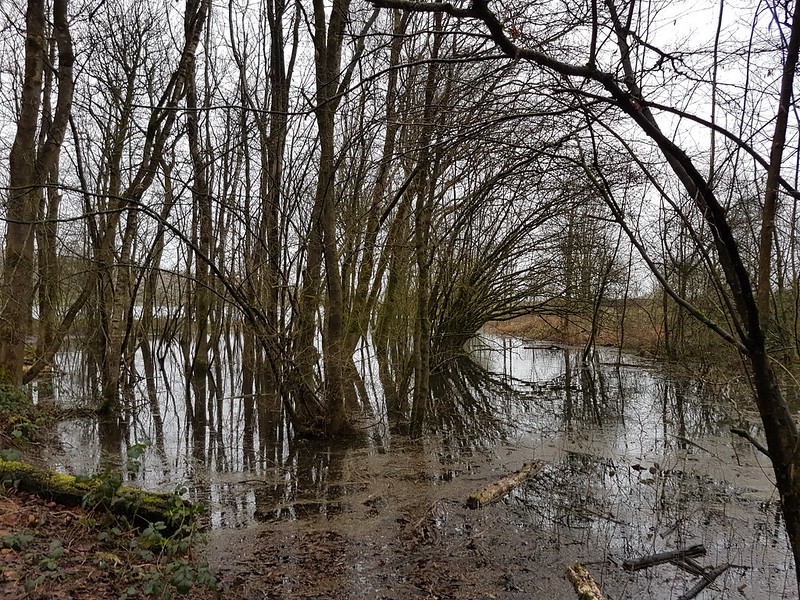 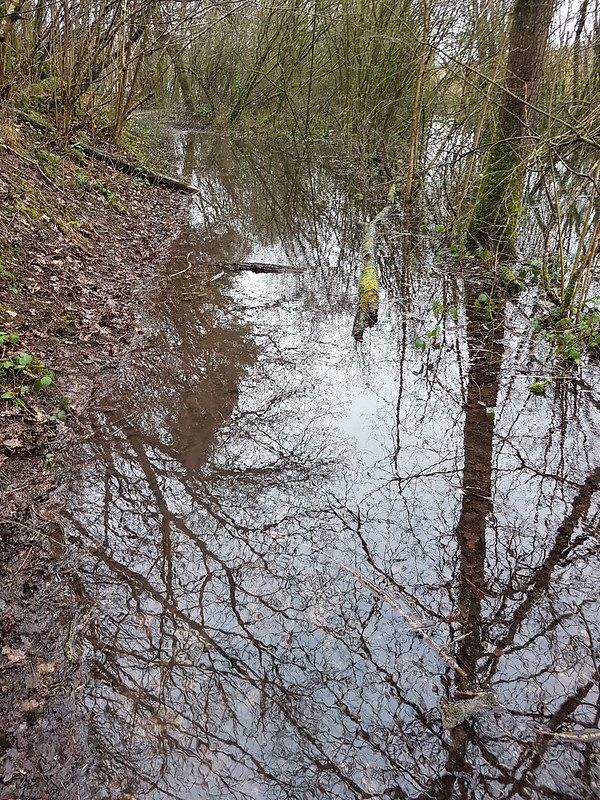 Including over the path.

I managed to get dry-shod past the flooded section of path, but it was surprisingly difficult to do so. 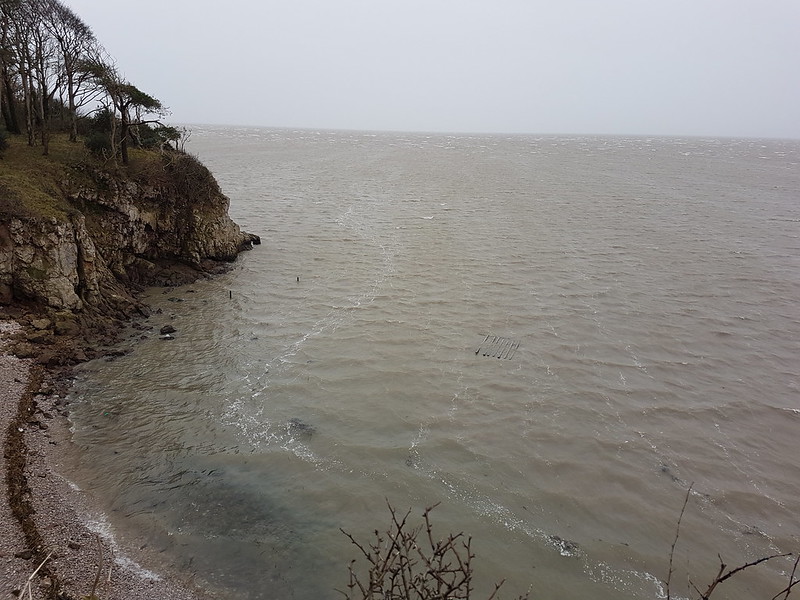 Flotsam at the Cove. 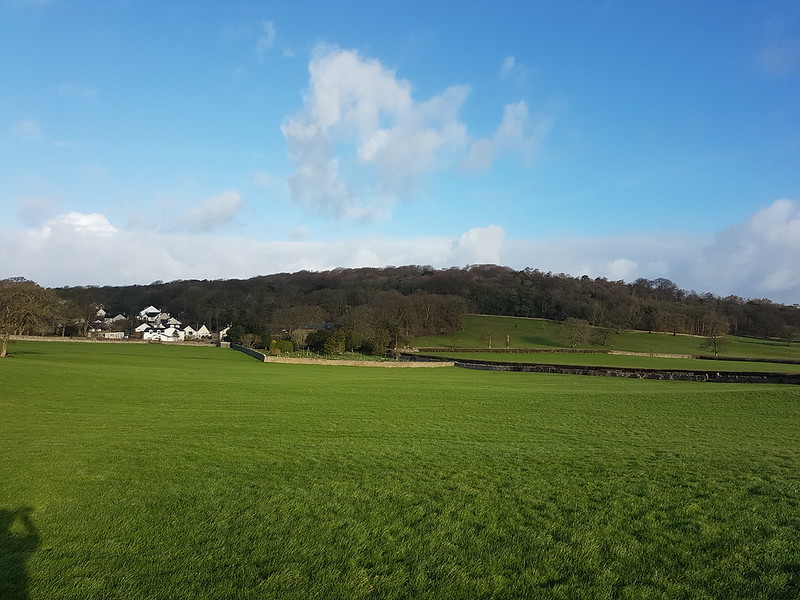 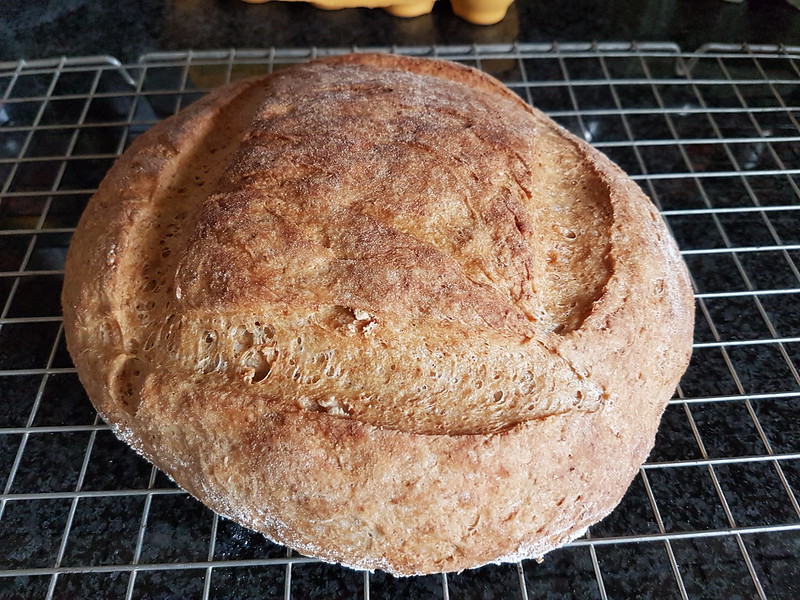 My first attempt at Pain de Campagne. Sadly, it didn’t taste like the wonderful bread we bought in France, but it was still very palatable. 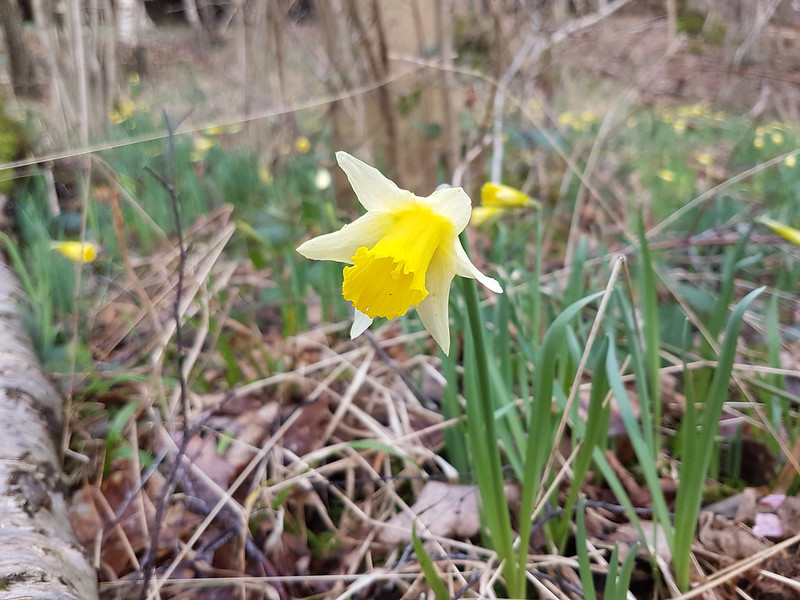 I had a stroll over to Far Arnside to check on the wild daffodils there, but only a few were  open. 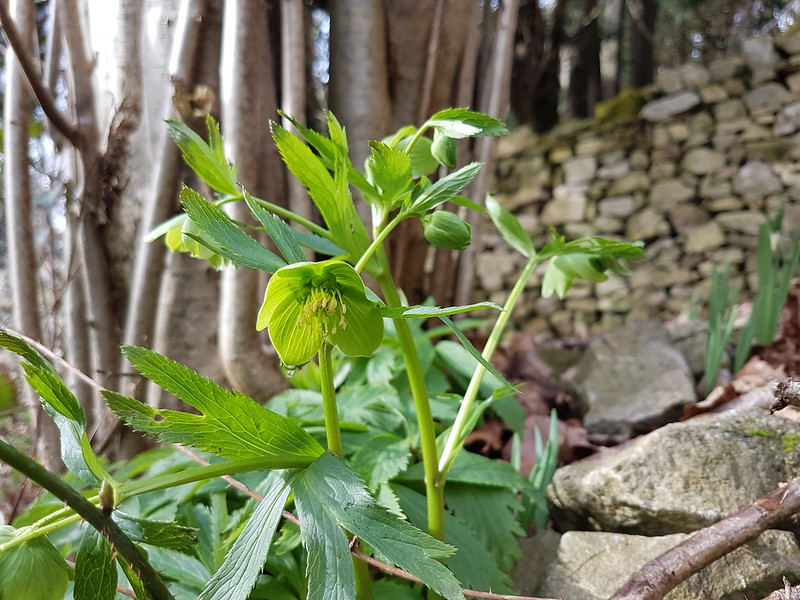 The Green Hellebore was all flowering though, in several patches on both sides of the path – I can’t decide if it has spread or if I just missed all but the largest patch on previous visits.

I’ve been racking my brains trying to remember what else we did during half-term, aside from me making bread and getting out for local walks. I’m sure we did do other things, but if I didn’t photograph it…..Oh – we decorated B’s room, that occupied a fair deal of time. In the process, I discovered the Radiolab podcast which does science, history, human nature, all of it in a very engaging way. Perfect for when we have time on our hands, you’d think, which makes it all the more inexplicable that I haven’t listened to any episodes for a few weeks. Actually, I think that’s because I got into the habit of listening to it when I was doing boring quotidian tasks – ironing, painting, etc none of which I’ve been doing much of over the last few weeks.

This pattern of frequent local walks over ground which is very familiar, to both myself and regular visitors to this blog, has continued after half-term, particularly since schools were closed and I have been working from home. Which gives me a bit of a dilemma as to how to organise forthcoming posts. I can’t write a post per walk, since then I will never catch up. I don’t think I have the mental capacity to organise the posts thematically, so I shall probably just amalgamate several walks into a single post as I have done here. Anyway, I’ve taken an awful lot of photos, so there will have be some sort of selection process. Gird yourselves.

One upside of working from home is that I can listen to music whilst I’m working. I’ve been listening to things I only have on vinyl and haven’t played for years. This one dates back to a compilation album my parents bought me for Christmas when I was a nipper. I remembered how much I liked the compilation, but had forgotten how magnificent this song is.