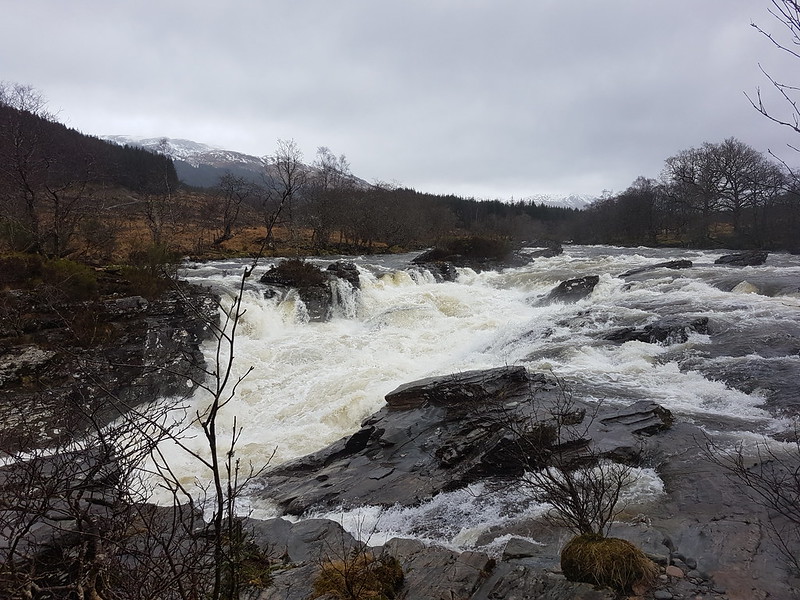 Early March, time for our annual get together in the Highlands. This started many years ago as a ‘boys’ weekend, to get as many of us as possible on one place to meet an old friend who was visiting from Denmark. He still comes over from Denmark for the weekend, but we long since abandoned the idea of it being a for ‘boys’ only, so the group has, if anything, swelled over the years. In addition, as our kids have grown up, this has been a good opportunity to introduce them to the delights of winter hill-walking. This year we were joined by A and her friend, the Tower Captain’s daughter S. Imperative then, that we had some decent weather so as not to put them off. 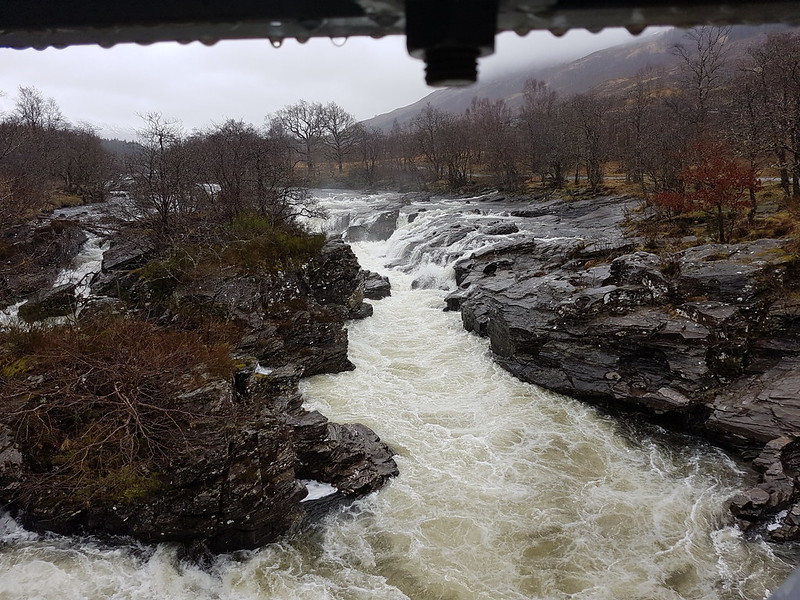 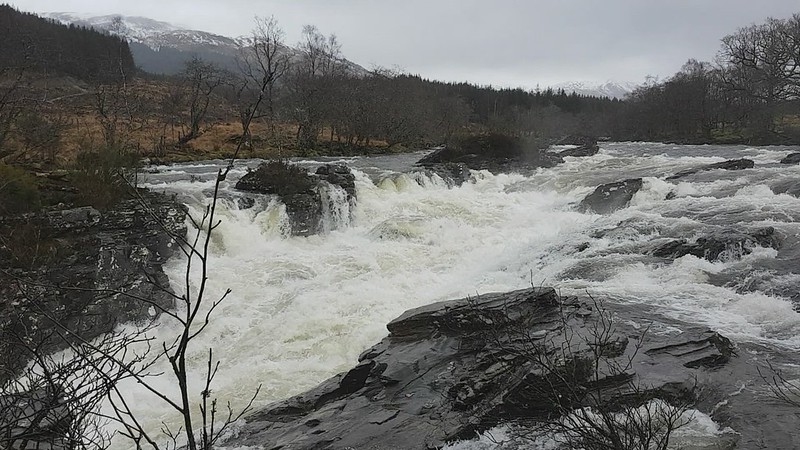 Unfortunately, on the Saturday, we had one of the wettest days I can remember. We tried to get out for a walk – thinking that staying down in the forestry might be a good idea. We’d spotted a Caledonian Forest Reserve in Coire Thoraidh and thought we would go and have a look, then continue up to Lochan Coire Thoraidh and possibly down the other side beyond the Lochan.

But it really was chucking it down. The Allt Broighleachan was a raging torrent, which I didn’t recall from our previous visit to these woods. We crossed a slightly awkward ford and had just reached the reserve when we encountered… 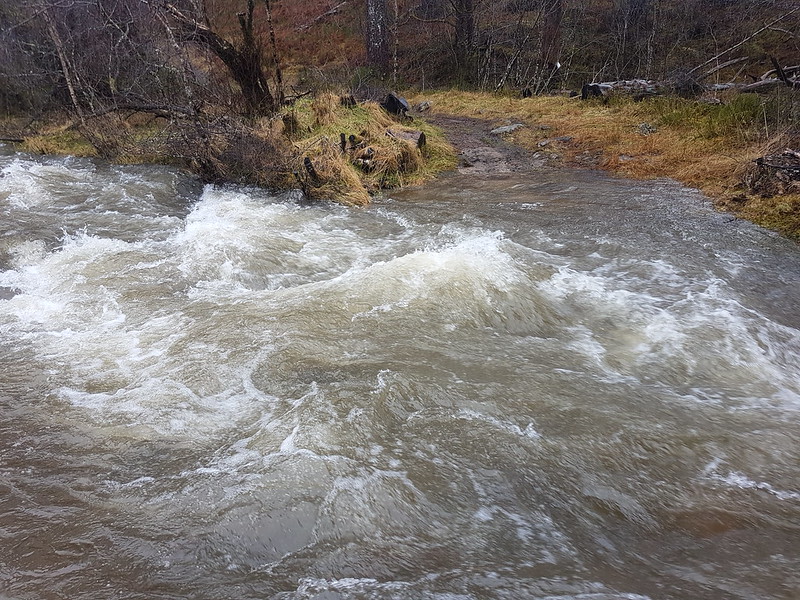 I seem to remember that there was some discussion of ‘practising river-crossings’ in threes, or some such lunacy. Andy went off to look for somewhere to jump across. 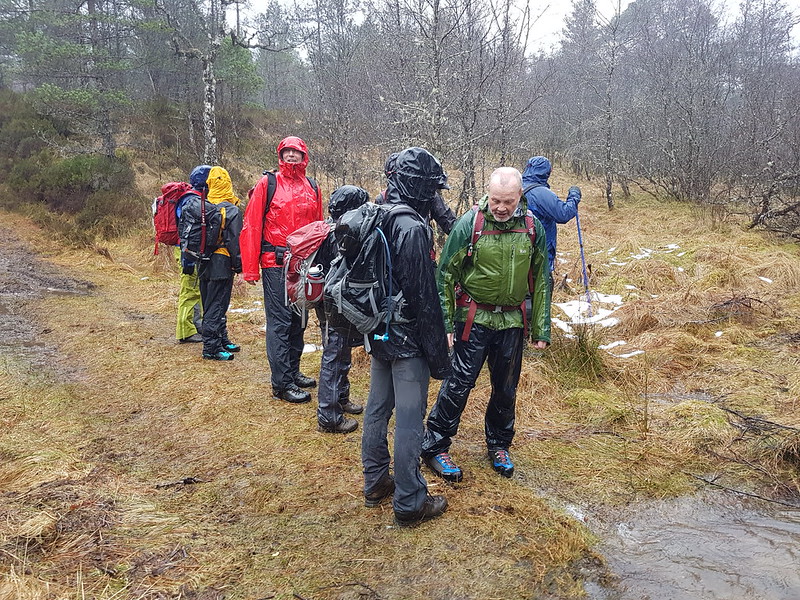 But ultimately, sense prevailed, and we turned back. 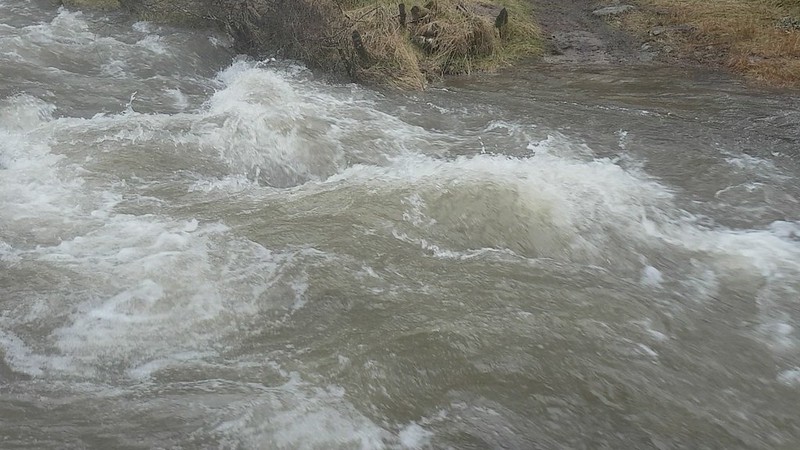 Watch to the end to see how put-out Andy was by the situation. Doesn’t seem too bothered does he? 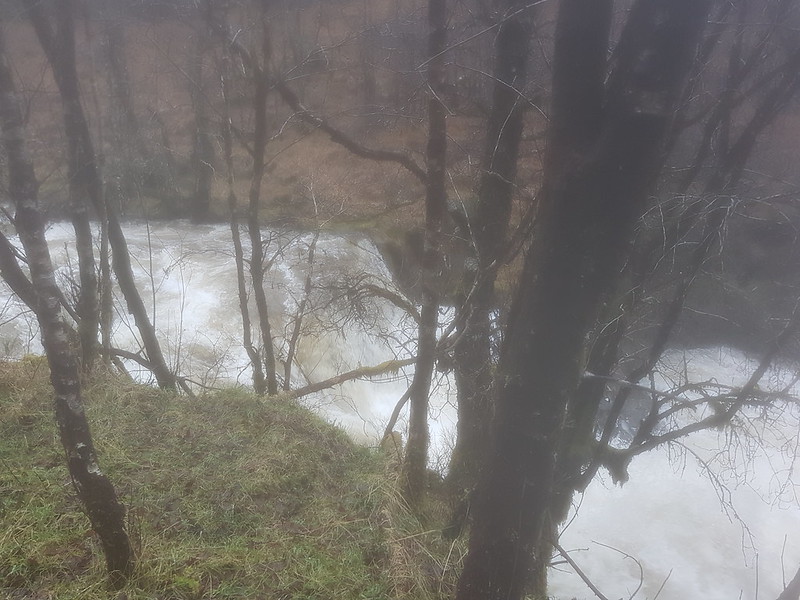 When we retraced our steps it was to find that the ford we had already crossed had become more of an extended pool and were forced to divert across a very wet boggy area, guaranteeing wet feet for all. 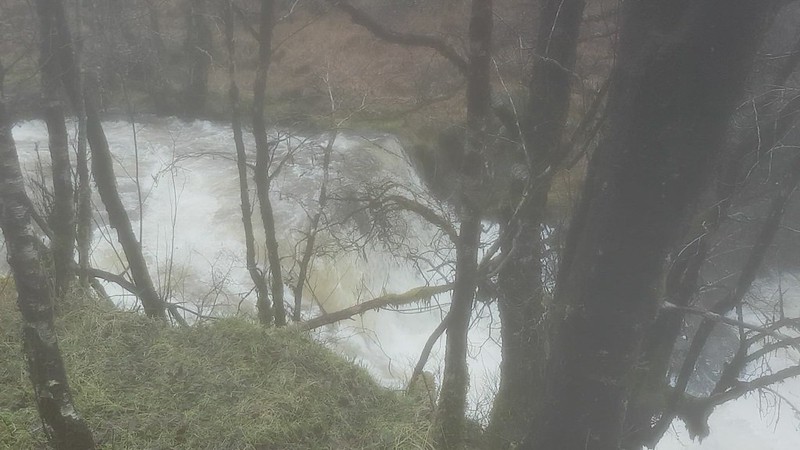 After we got back and hung up all of our drenched gear to dry, it actually briefly stopped raining. It didn’t last too long, but it was sufficient to entice me out again, for a wander towards Inverveigh. 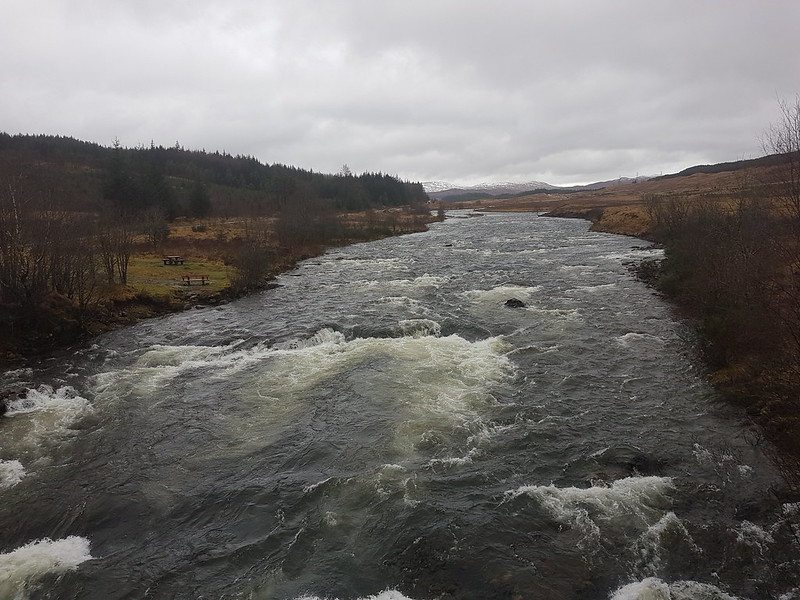 The map shows another ford there, so I ought to have known how that outing would end. 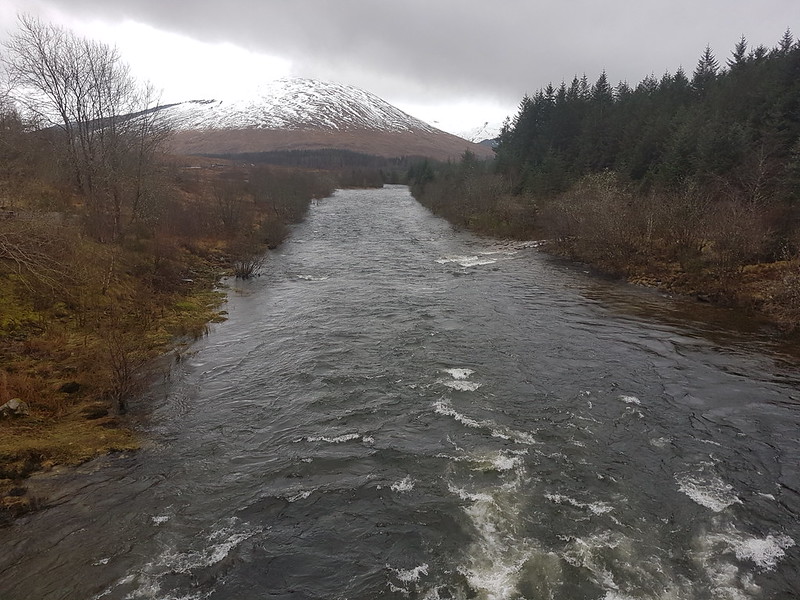 I didn’t get far, but the views of the river were worth it. 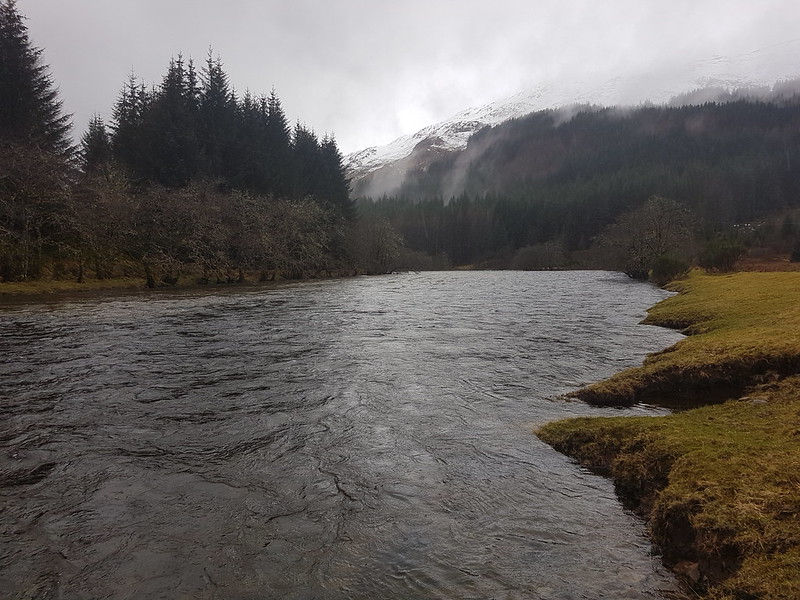 Later, the girls played Ticket to Ride in their room, whilst the Tower Captain and I watched England beat Wales at Twickenham on the little telly in ours. Then to the bar where we were staying, the Bridge of Orchy Hotel, for a slap up meal, a few bevvies and the usual mix of silliness, rehashed stories, daft gags and such like.

Not a bad day, considering.

My own account of our previous visit, when both the river and the waterfalls at the top of this post were frozen over and we climbed Beinn Mhic Mhondaidh in testing conditions, is here.

Now,  a tune in different guises:

I’m presuming that everybody knows the original Julie London version. I’m very fond of that. There’s a great version by Dinah Washington too. The song was originally written for Ella Fitzgerald, but she didn’t actually record it until well after it had already been a hit. Unusually, I’m not overly-struck by her take on the tune. Too lush an arrangement, I think. Having said that, I really love this live rendition, which throws in everything but the kitchen sink and couldn’t be further from the spare, melancholy original…

4 thoughts on “Allt Coire Thoraidh – Cry Me a River”