Flowers seen on a circuit of Middlebarrow and Eaves Wood and a cautionary tale. 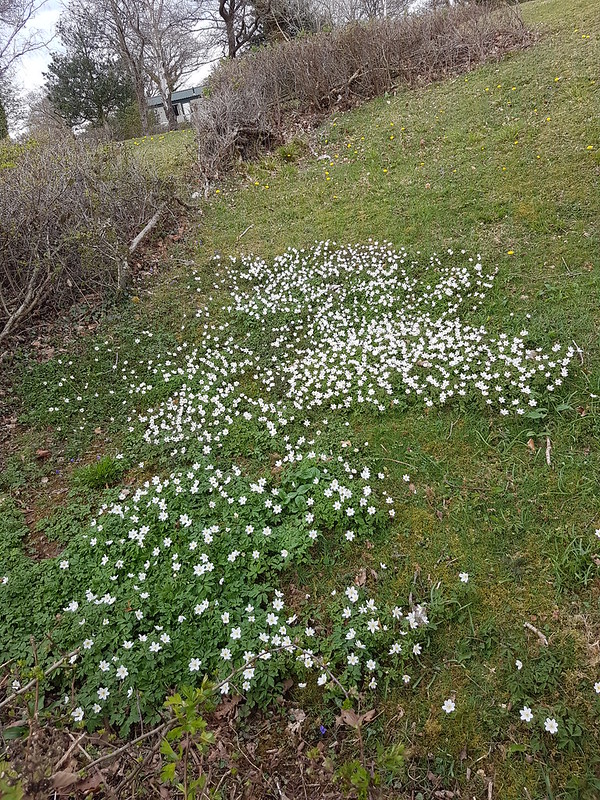 A great display of wood anemone in Holgates Caravan Park. 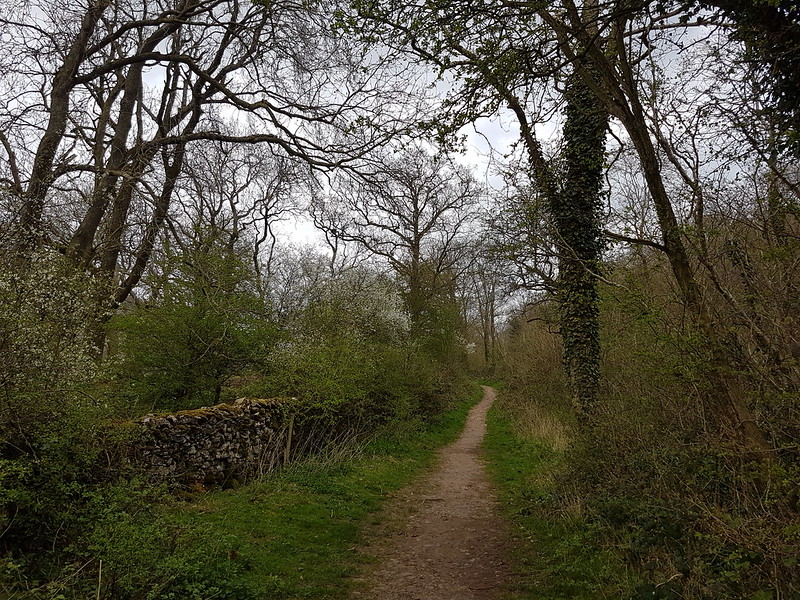 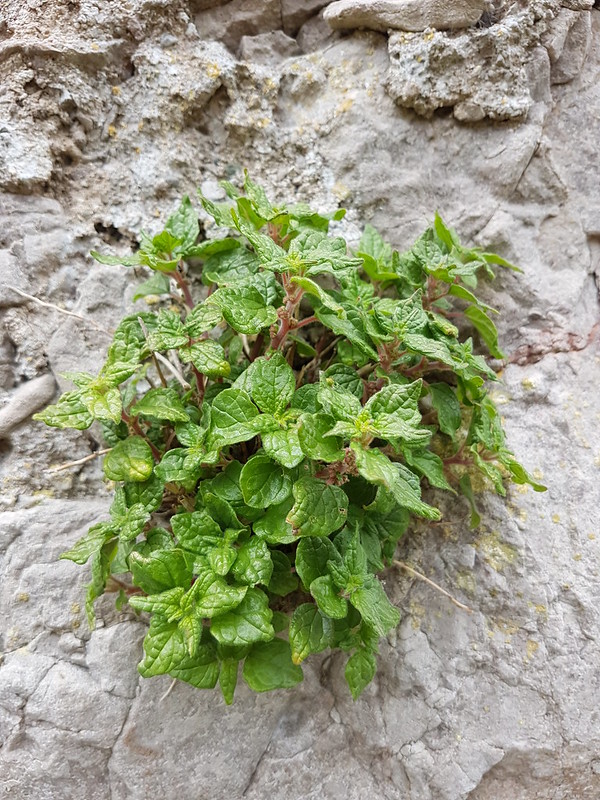 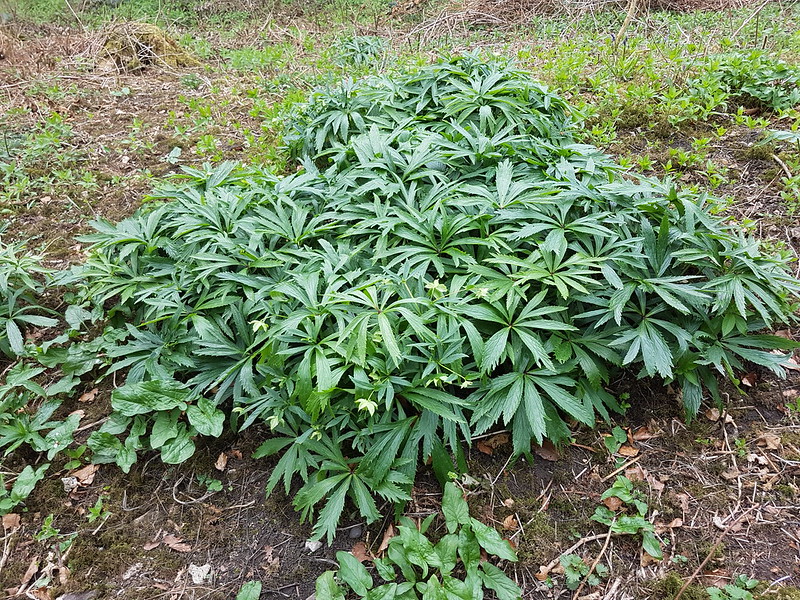 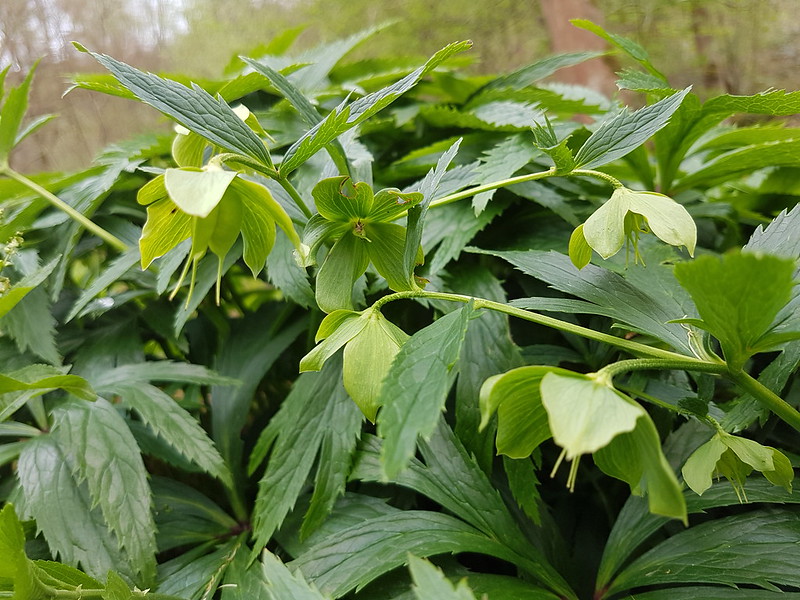 …with more flowers than the last time I’d visited. 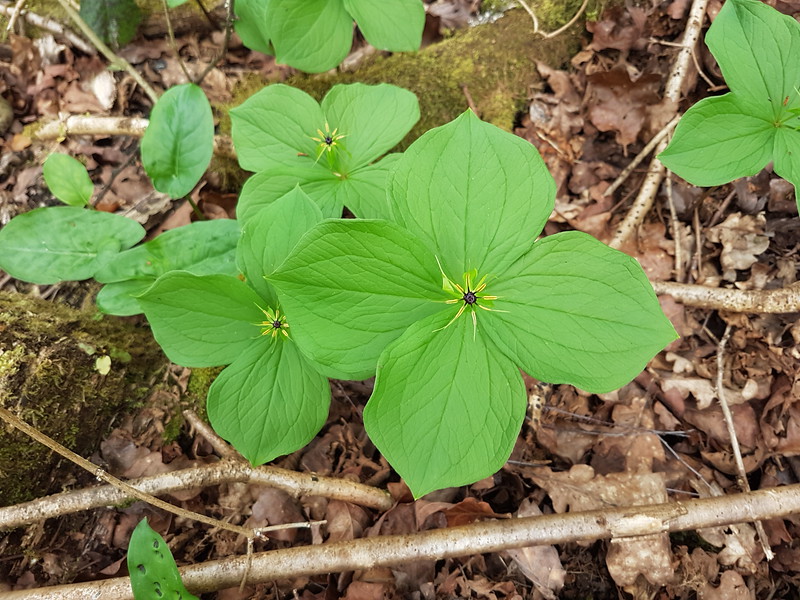 Herb paris in Middlebarrow Wood. The first I’d seen which were flowering. 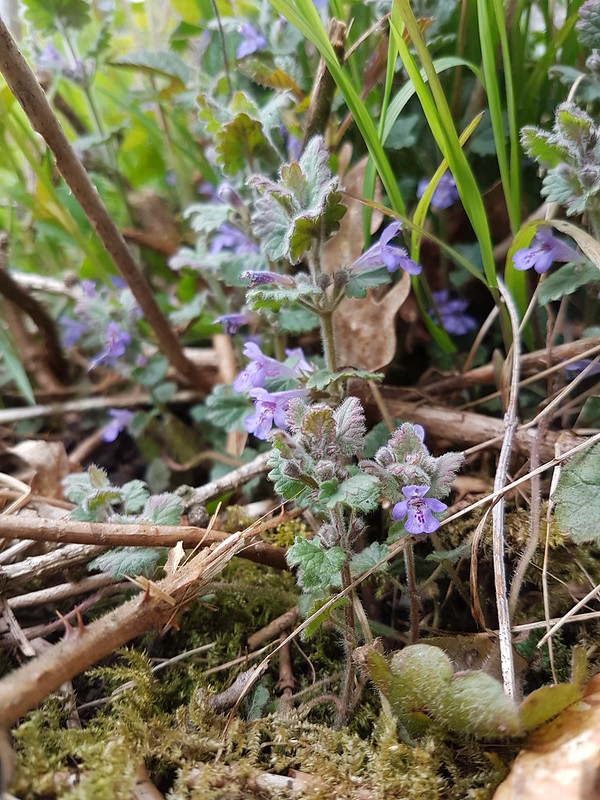 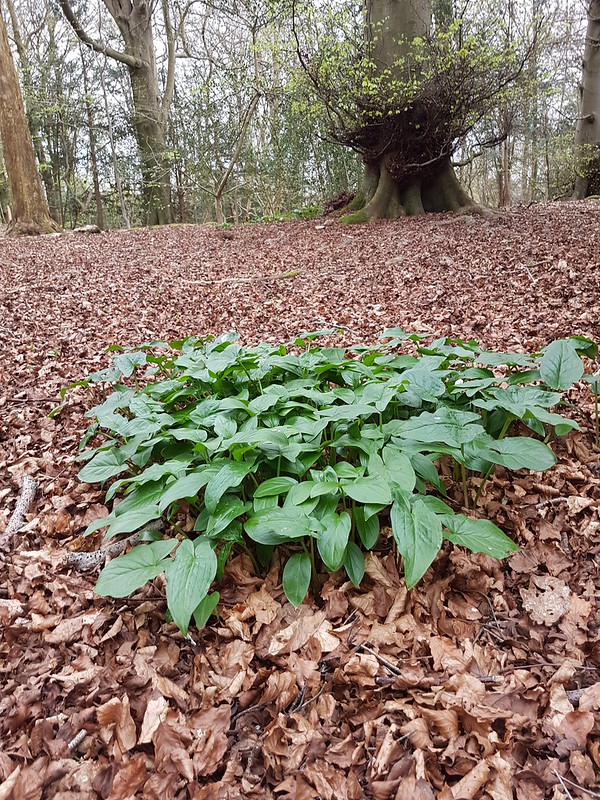 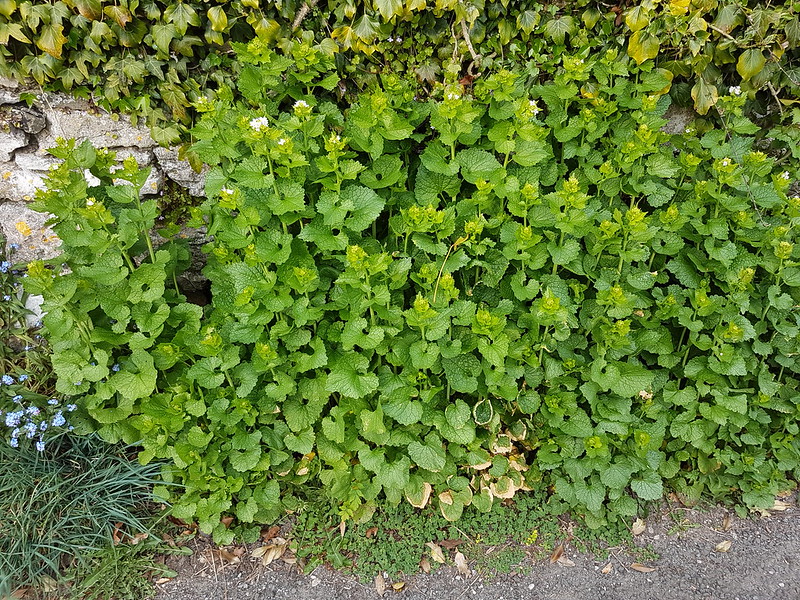 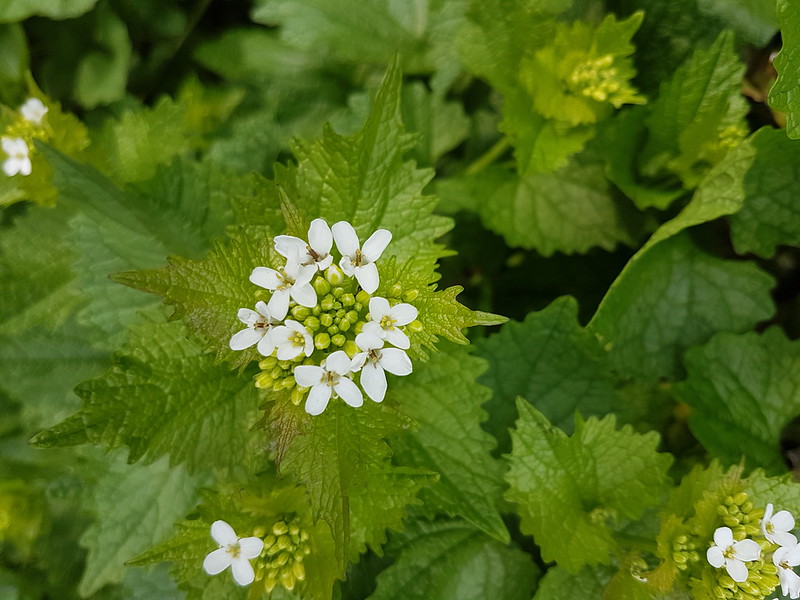 …or hedge garlic or garlic mustard. 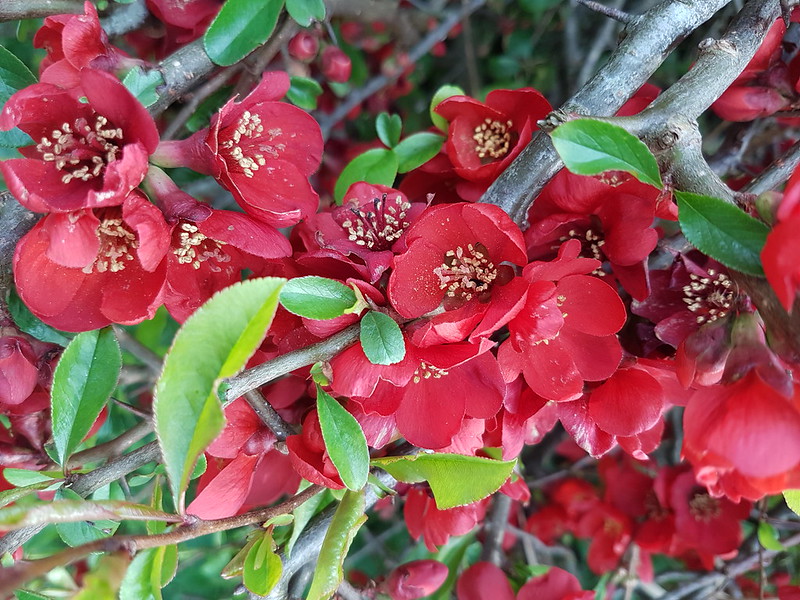 The cautionary tale regards Cuckoo Pint a very common plant in this area and elsewhere too I suspect. We may not have the venomous snakes and spiders of somewhere like Australia, but we have plenty of poisonous plants and fungi, Arum maculatum being a case in point. I recently came across a letter to the British Dental Journal regarding two cases from this region.

Cuckoo pint (Arum maculatum) is highly irritating to oral/oesophageal mucosa and, if ingested, can cause swelling of the tongue and throat, leading to difficulty swallowing and breathing.

The first case involved a 54-year-old male who, whilst out walking in the countryside in early January, sampled what he thought was ‘wild garlic’. Intense burning pain forced him to spit out the stalk immediately and blisters formed on his lips which lasted for some two weeks.

The second patient presented for emergency treatment at Furness General Hospital having eaten a curry made from ‘wild garlic’. In this case, severe burning pain in the oesophagus was experienced.

As the letter goes on to point out, by April the leaves do not really look alike, but in January and February they are two of the earliest new leaves to appear on the woodland floor, the tips are pointy, the leaves a similar green and both glossy – it is quite easy to see how a mistake could be made.

(In case you were wondering, I wasn’t the 54 year old male in question – entirely coincidence. And also – the British Dental Journal is not my regular bedtime reading.)

I occasionally still tease my brother about the time he asked me if I’d heard the Buzzcocks cover of Fine Young Cannibals ‘Ever Fallen In Love’.

But, to be fair, it’s often not obvious that any particular song is a cover. I first heard the song ‘Domino’ when I bought the Cramps LP ‘Off The Bone’, which, at the time, I didn’t even realise was a compilation album. It’s great stuff. Musical weekly Sounds described it as “…a hell-fire cocktail of gutter riffing and chattering Rockabilly voodoo strum into which is dropped an electric sugar cube of psychedelic power”. Not that I would have read that at the time – I was always an NME man myself.

My mum likes Roy Orbison, but maybe more the ballads of the sixties rather than the rockabilly which he recorded when he was at Sun.

Depending on who you believe the song was either cowritten by Orbison and Norman Petty, better known for working with Buddy Holly and the Crickets, or was the work of Sun Records supremo Sam Philips.

Personally, much as I love The Cramps, I think the original is the best in this case.

It’s only now that I’ve finished the post, that I’ve realised that I’ve written about a poisonous plant and included a song from a band whose bassist was called Poison Ivy  (wife of lead singer Lux Interior). Maybe my subconscious at work?