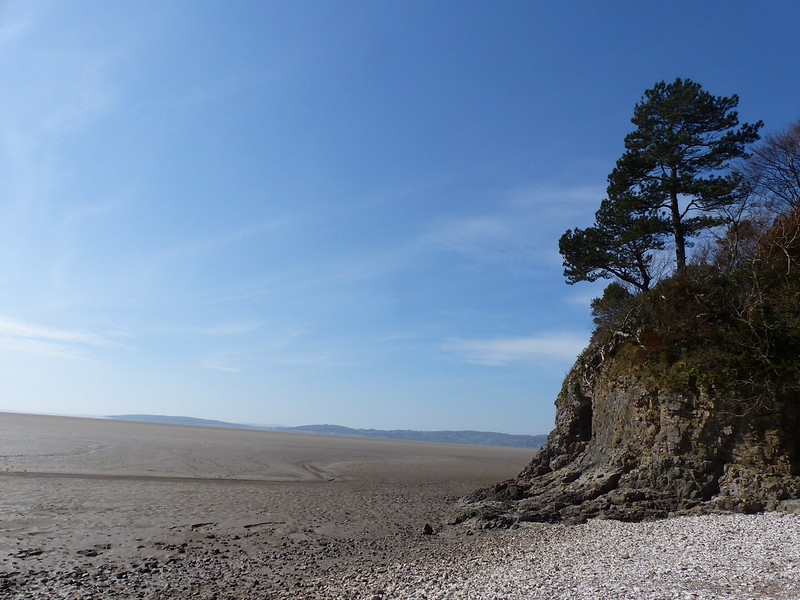 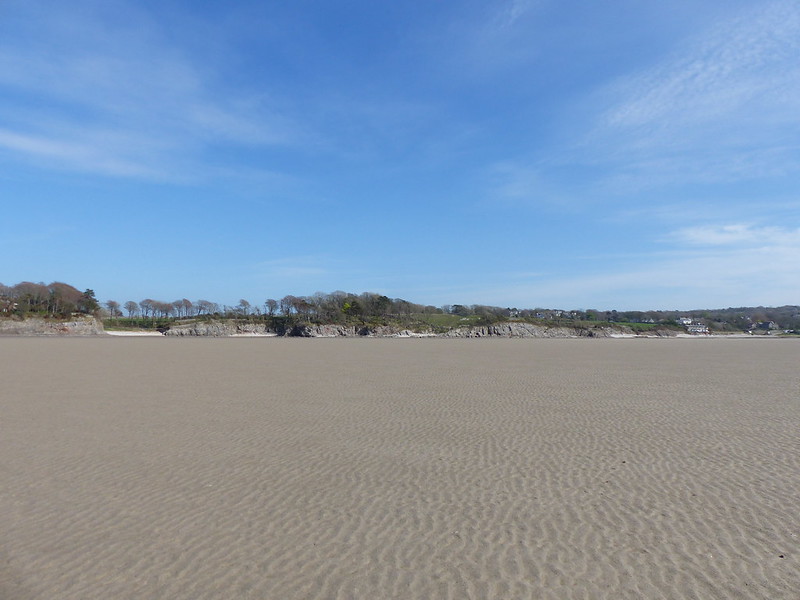 Looking back to the Cove. 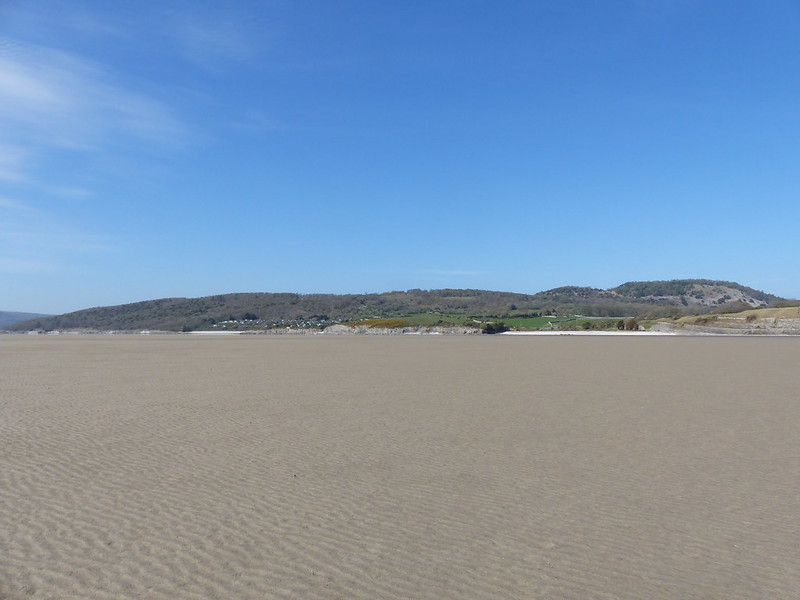 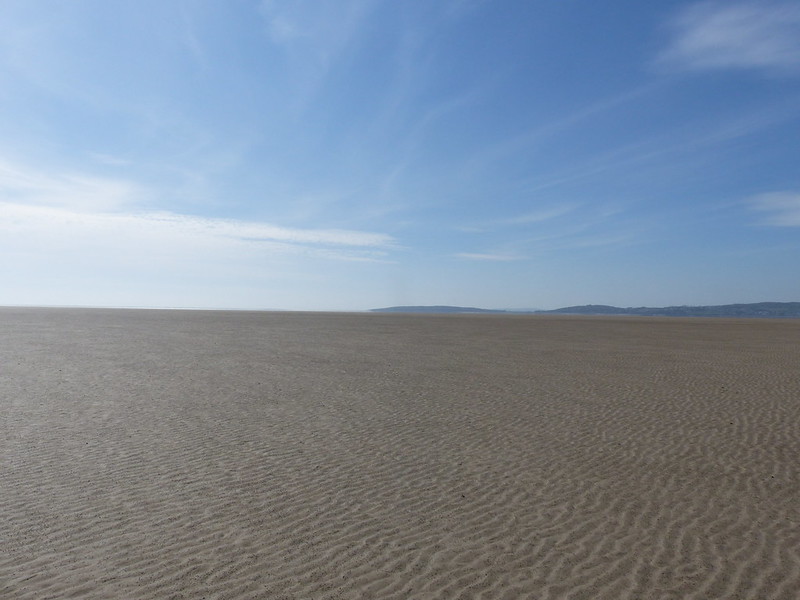 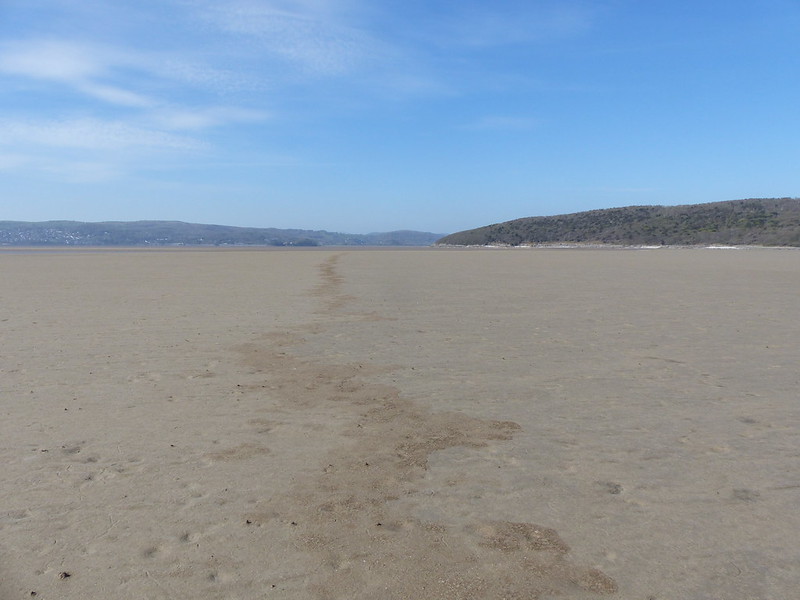 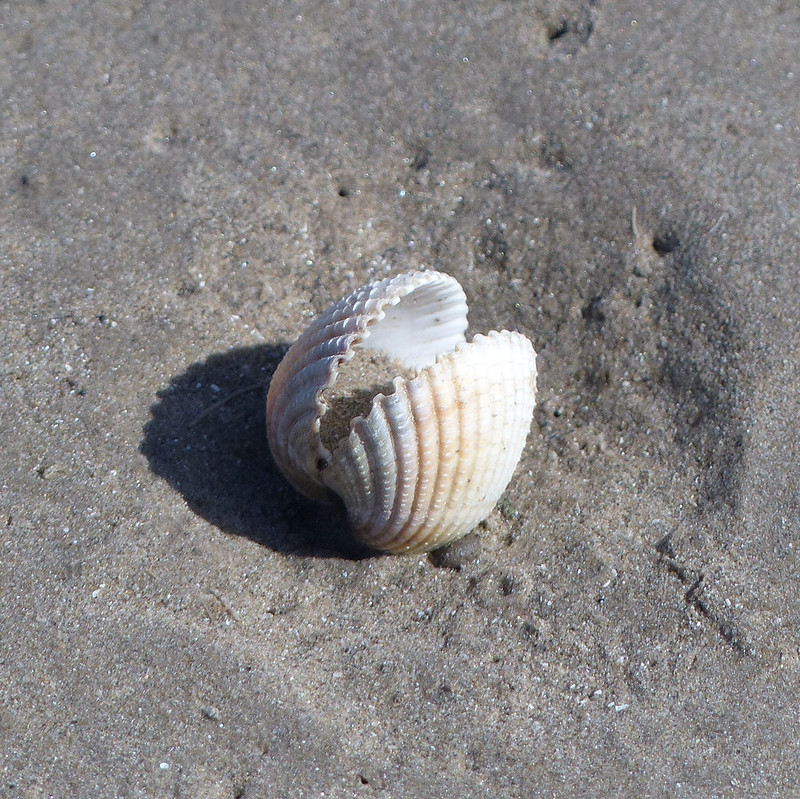 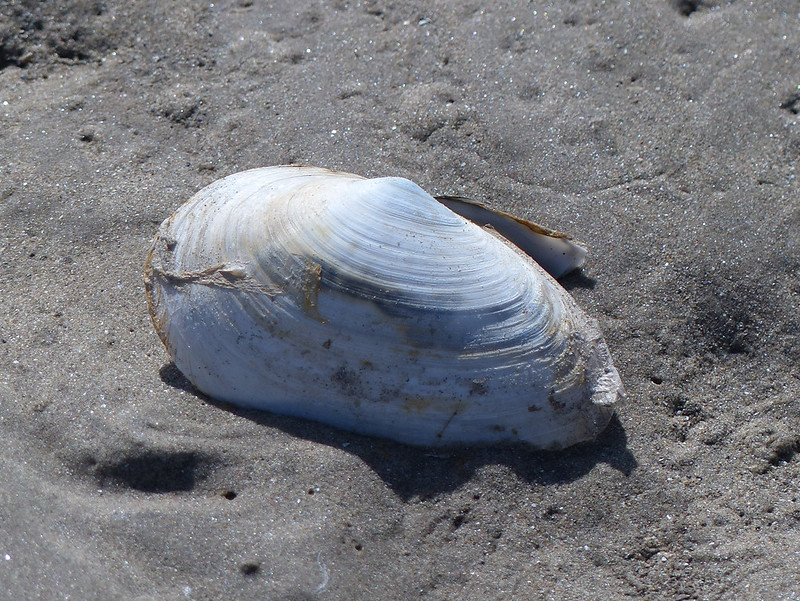 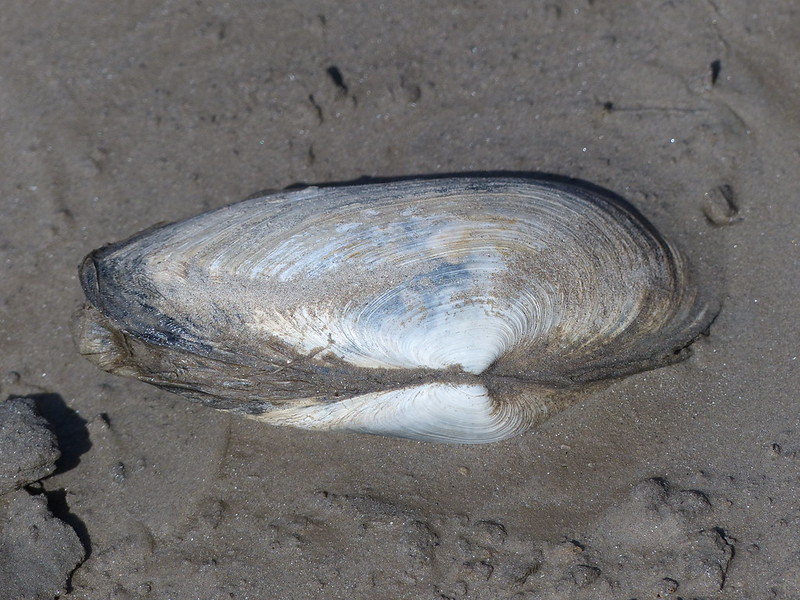 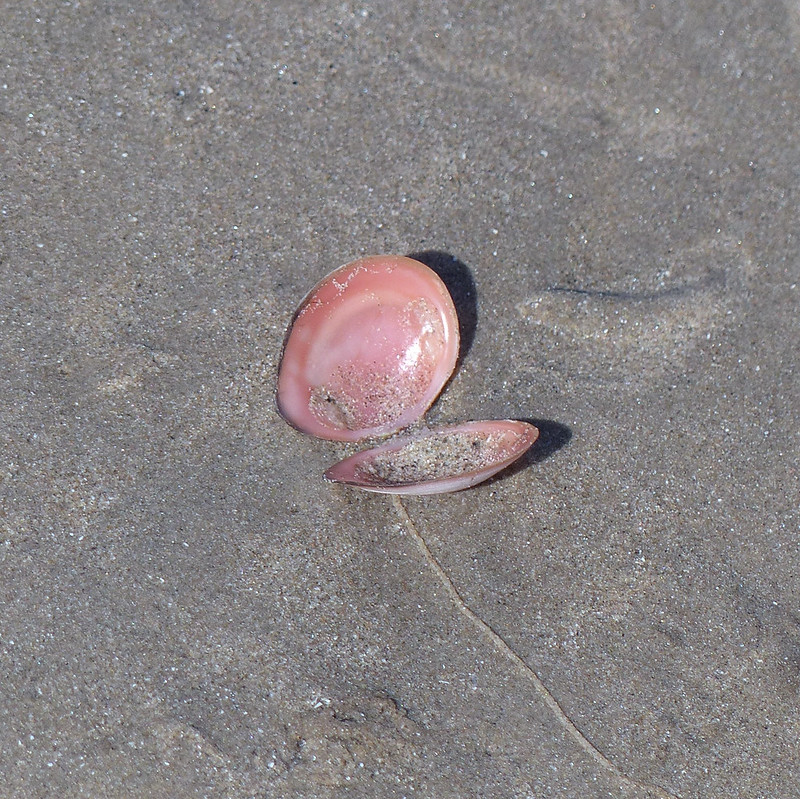 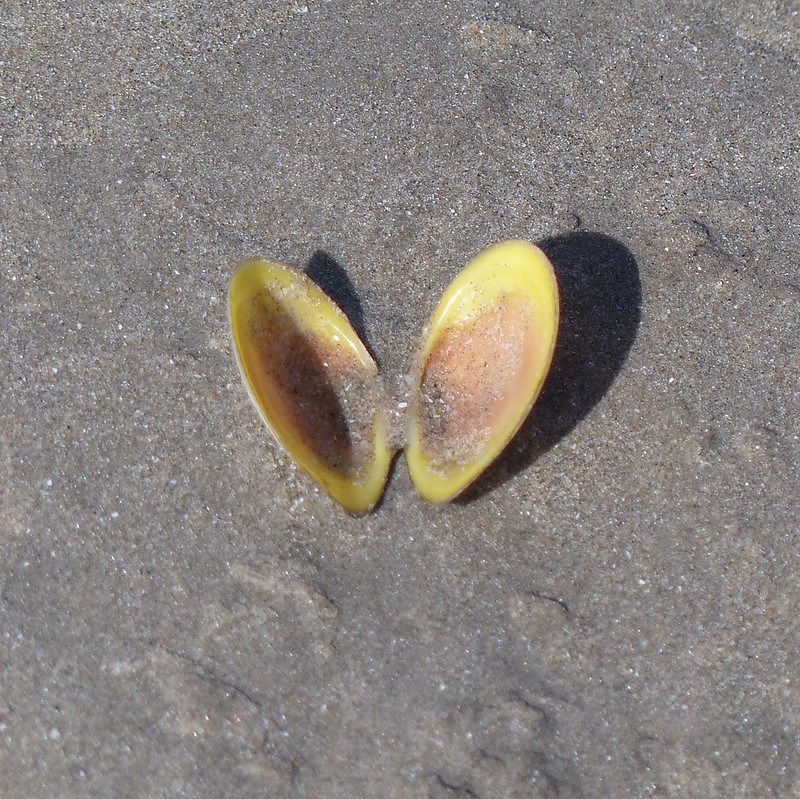 In a variety of hues. 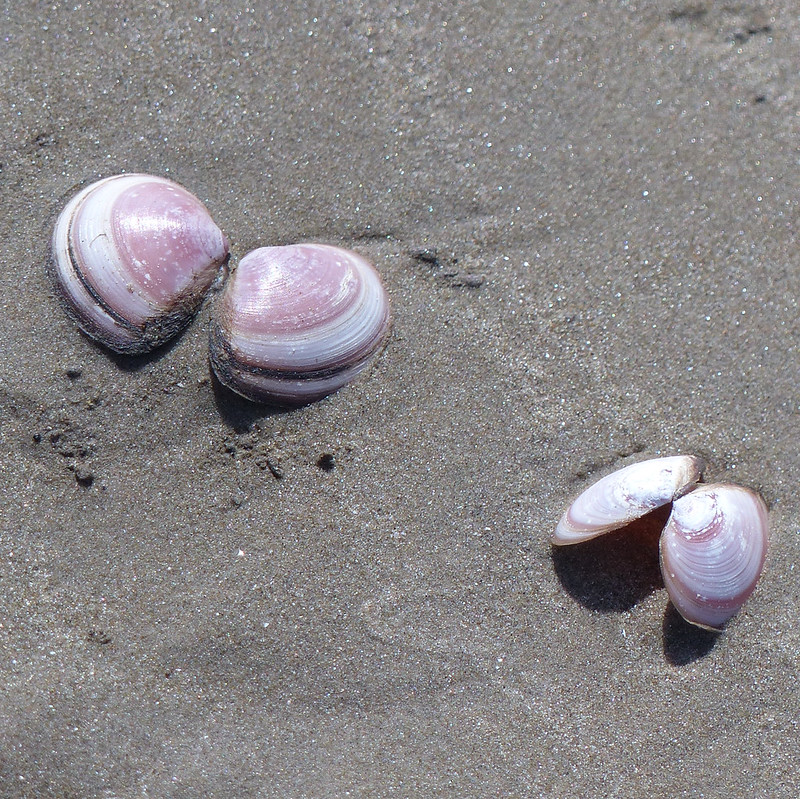 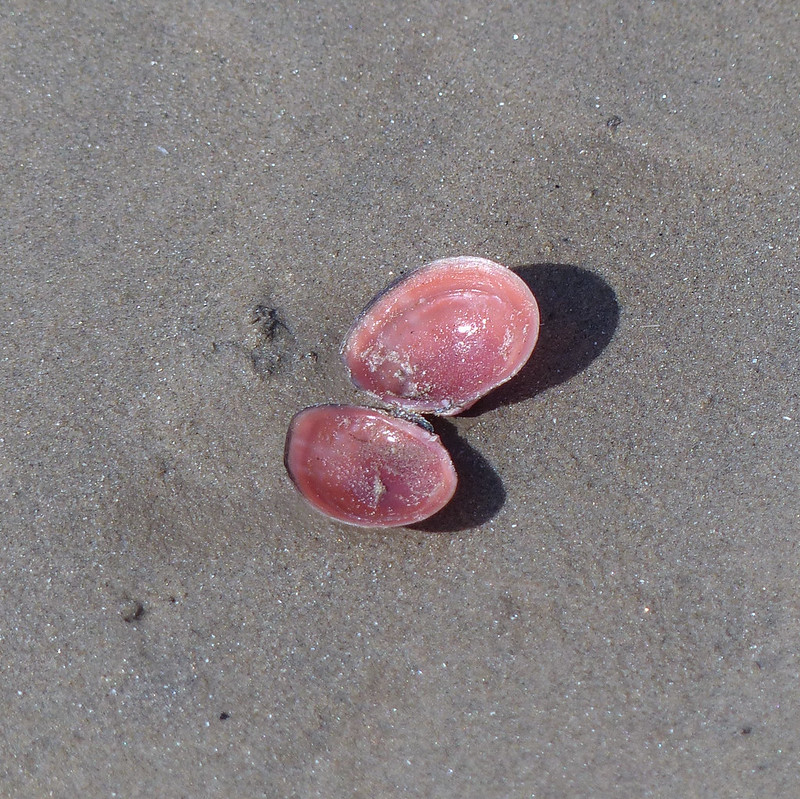 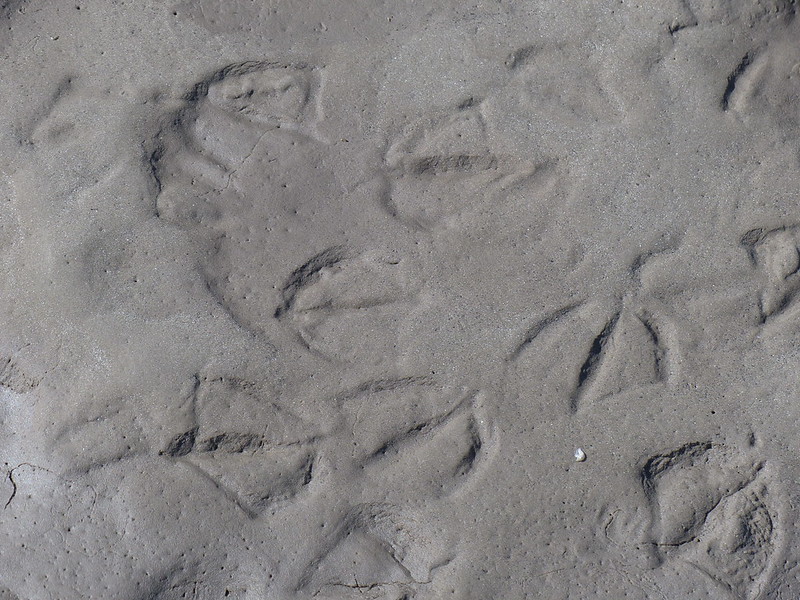 There was plenty of evidence of shelduck. Not only footprints! 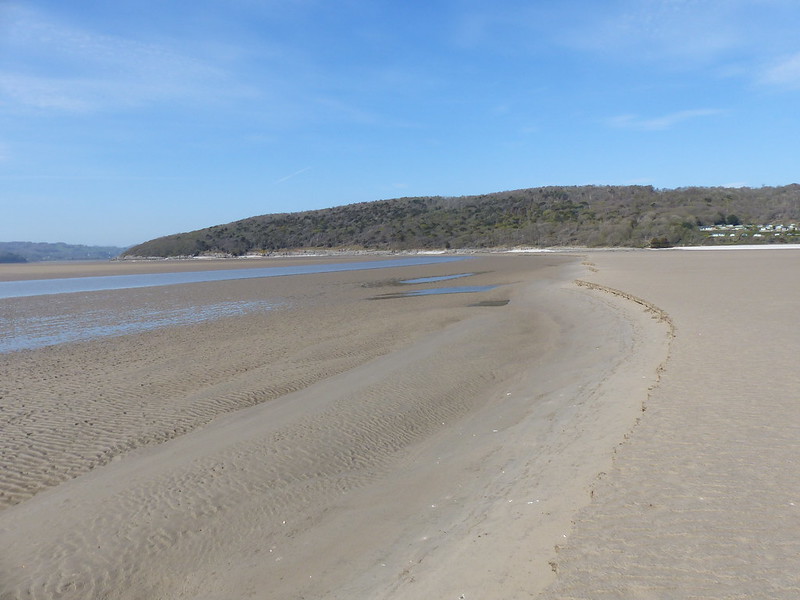 I followed the edge of the channel in again, but this time, hitting land, I took the steep path up to Heathwaite. 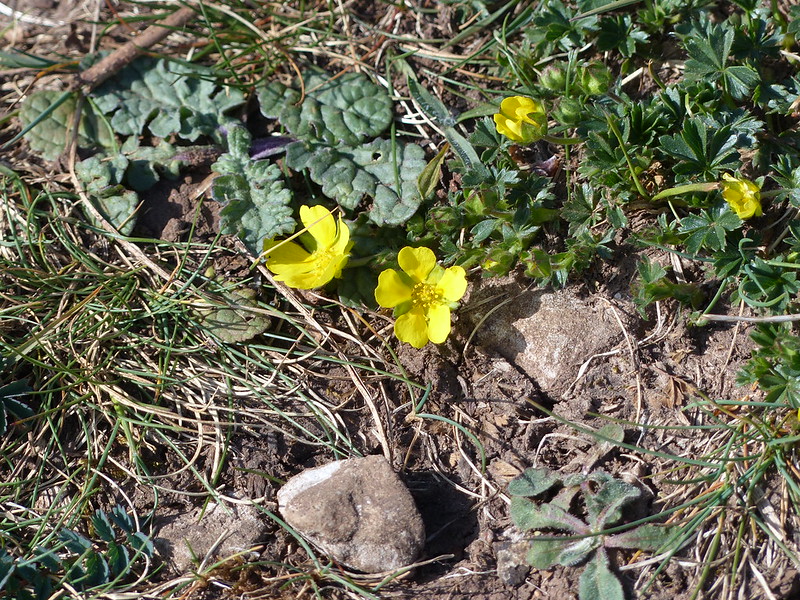 Spring cinquefoil – I assumed I was seeing good old ubiquitous tormentil, but when I looked at the photo I realised that the flower has five petals not four. And then I discovered that tormentil doesn’t flower till June. So – not a rare flower, but new to me, so I’m chuffed. 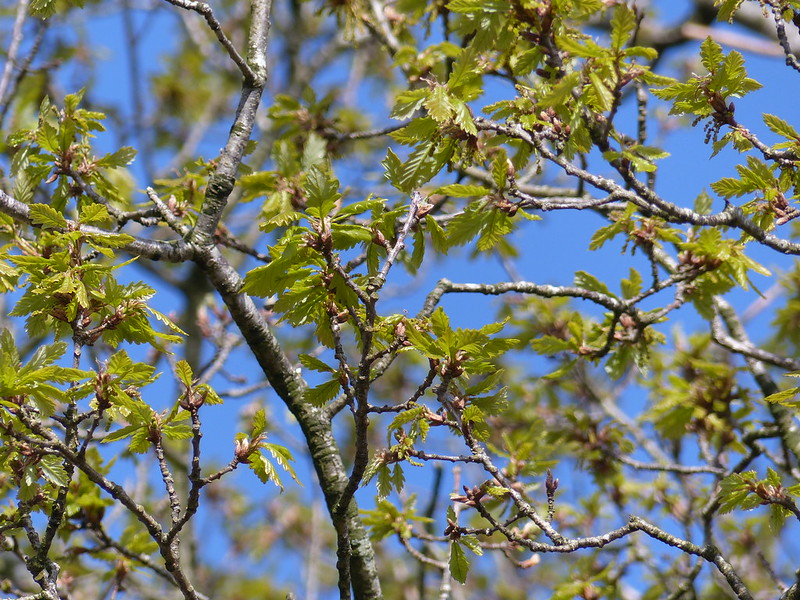 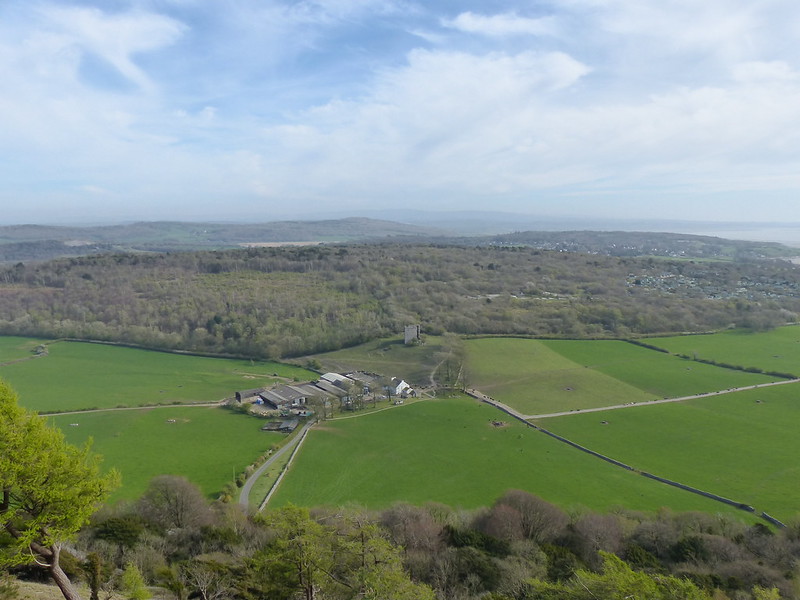 I’ve been giving a lot of thought, since a comment from Conrad, about where the best viewpoints in the area are located, which is a very pleasant thing to ponder whilst out aimlessly wandering. The spot this photo was taken from, at the top of the shilla slope on Arnside Knott, would rank high on my list.

It was very hazy on this day, but there’s a good view of the Bay, of the Forest of Bowland, and over Silverdale Moss… 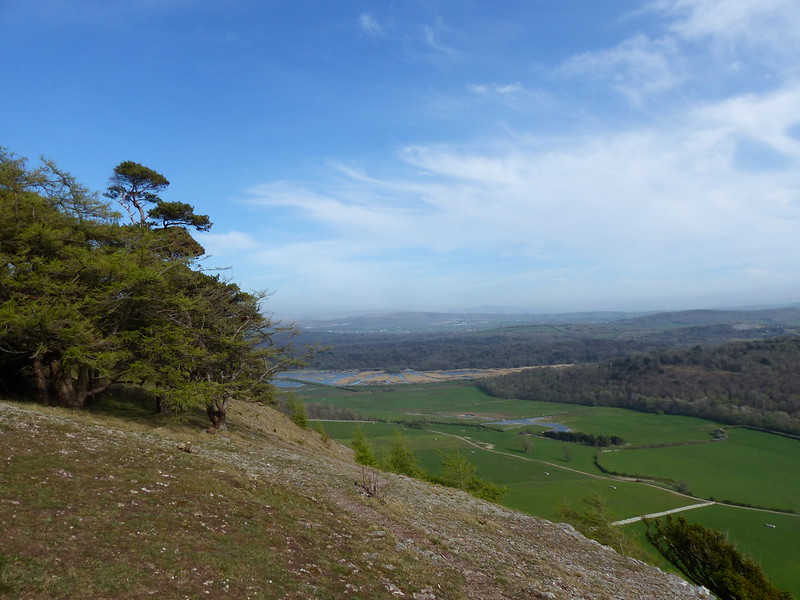 …to Ingleborough, which you’ll be able to pick out if you are using a large screen. (You can click on the photo to see a zoomable version on flickr) 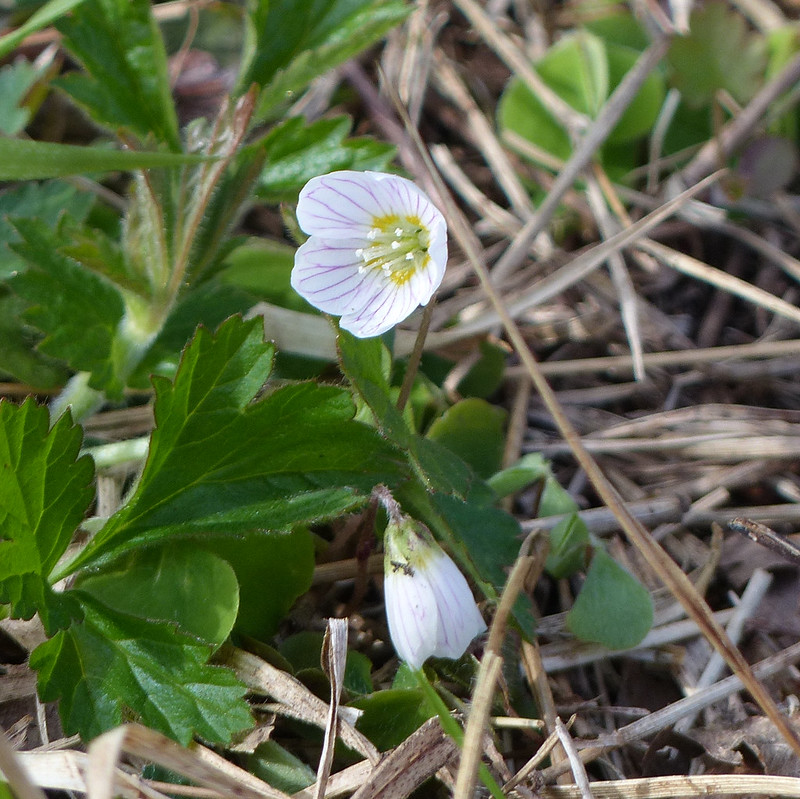 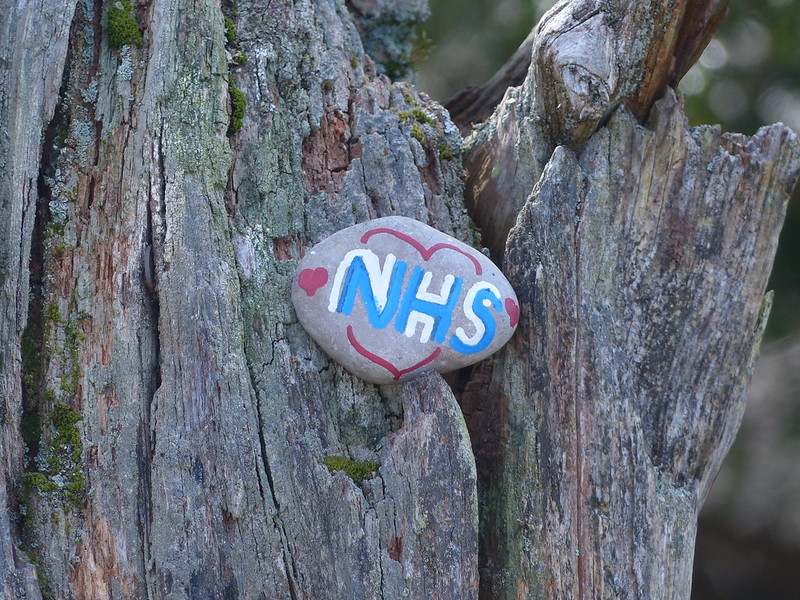 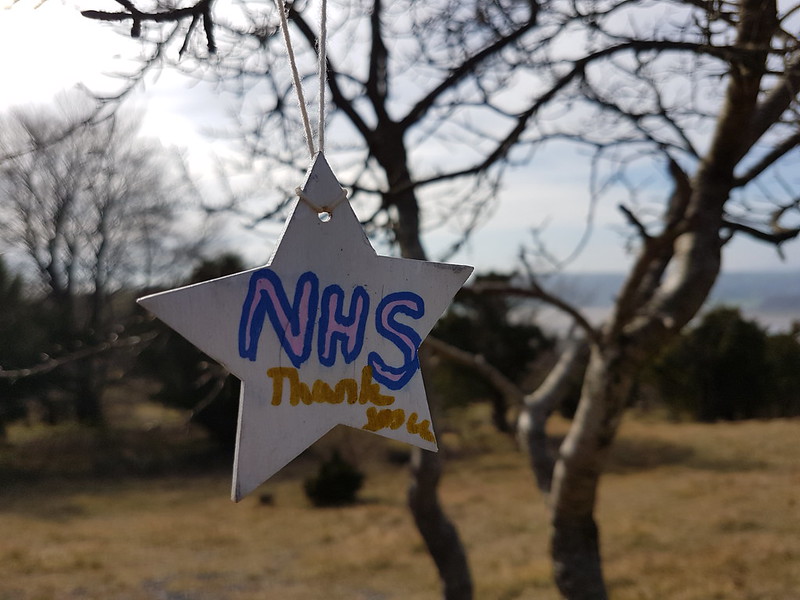 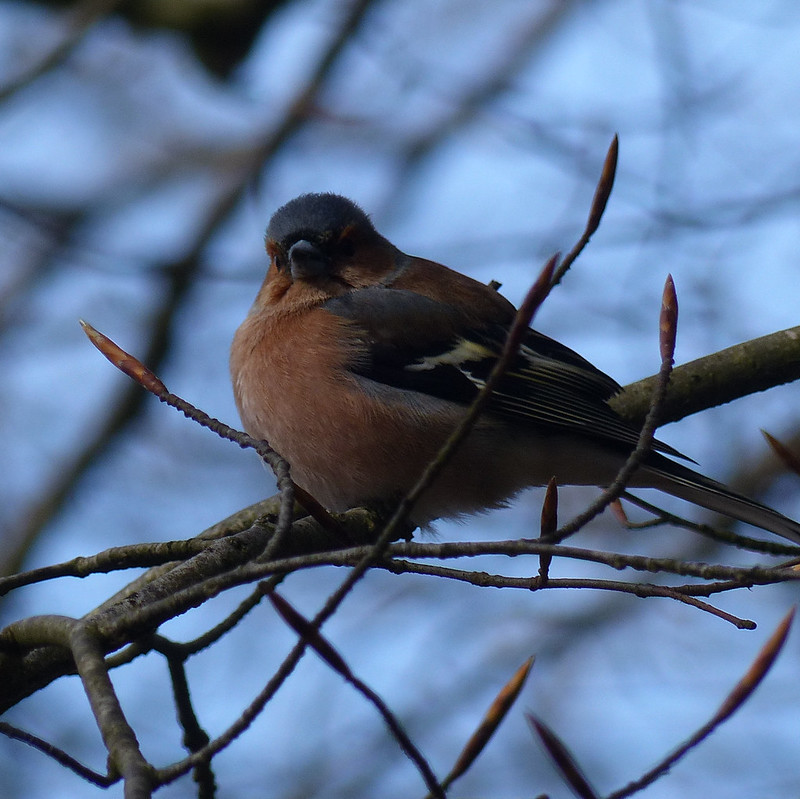 I took lots of bird photos on this walk, but they were almost all of them blurred, or photos of where a bird had just been perched. A couple of nuthatches were particular offenders in that regard. 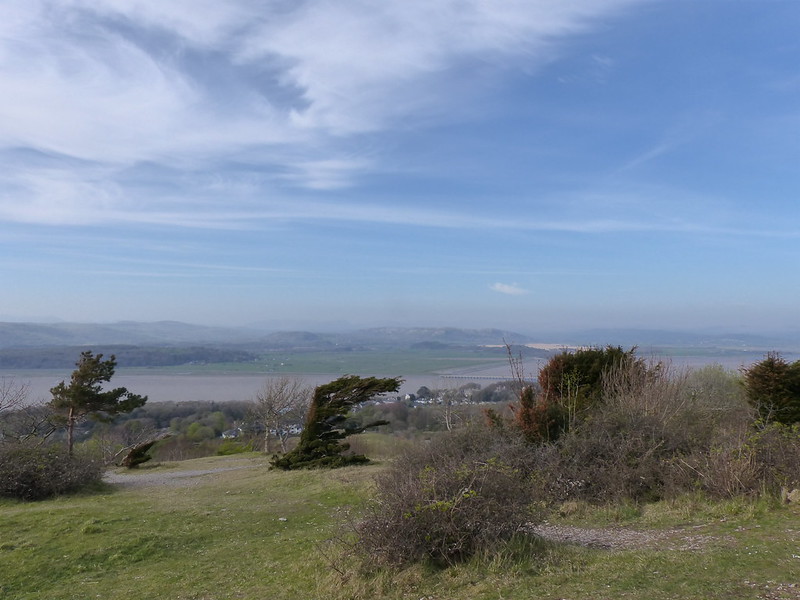 A very hazy view towards the Lakes. 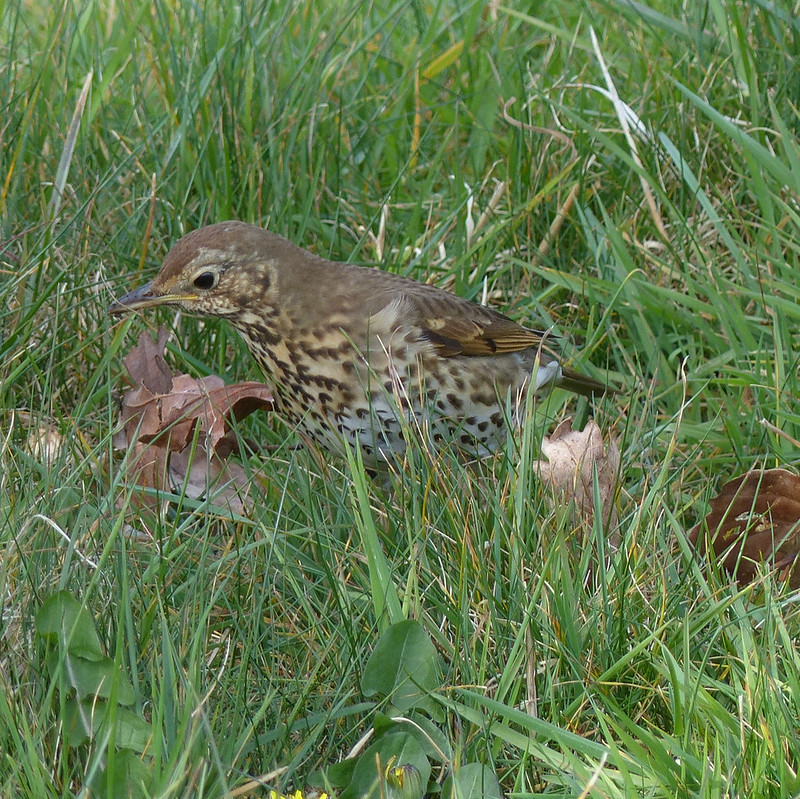 This thrush, unlike most of the birds I’d seen, was very comfortable with my presence and happily hopped about catching small wriggling mouthfuls in the grass.  Absolutely charming to watch.

Now, why would you cover an Otis Redding song? Seems to me you are on a hiding to nothing. But, it happens. A lot. So what do I know?

And having said that, I think Toots and the Maytals do a pretty fair job…

..I am a big fan of the Maytals though. Their version of ‘Country Roads’ is superb. And their own ‘Funky Kingston’ is one of my favourite tunes. There are lots of other covers, by the Grateful Dead, the Black Crowes, Tom Jones for example.

This is not a cover…

…apparently? It has different words and a new title, but I can’t help feeling that it sounds a little familiar?

The Sands and The Knott

13 thoughts on “The Sands and The Knott”