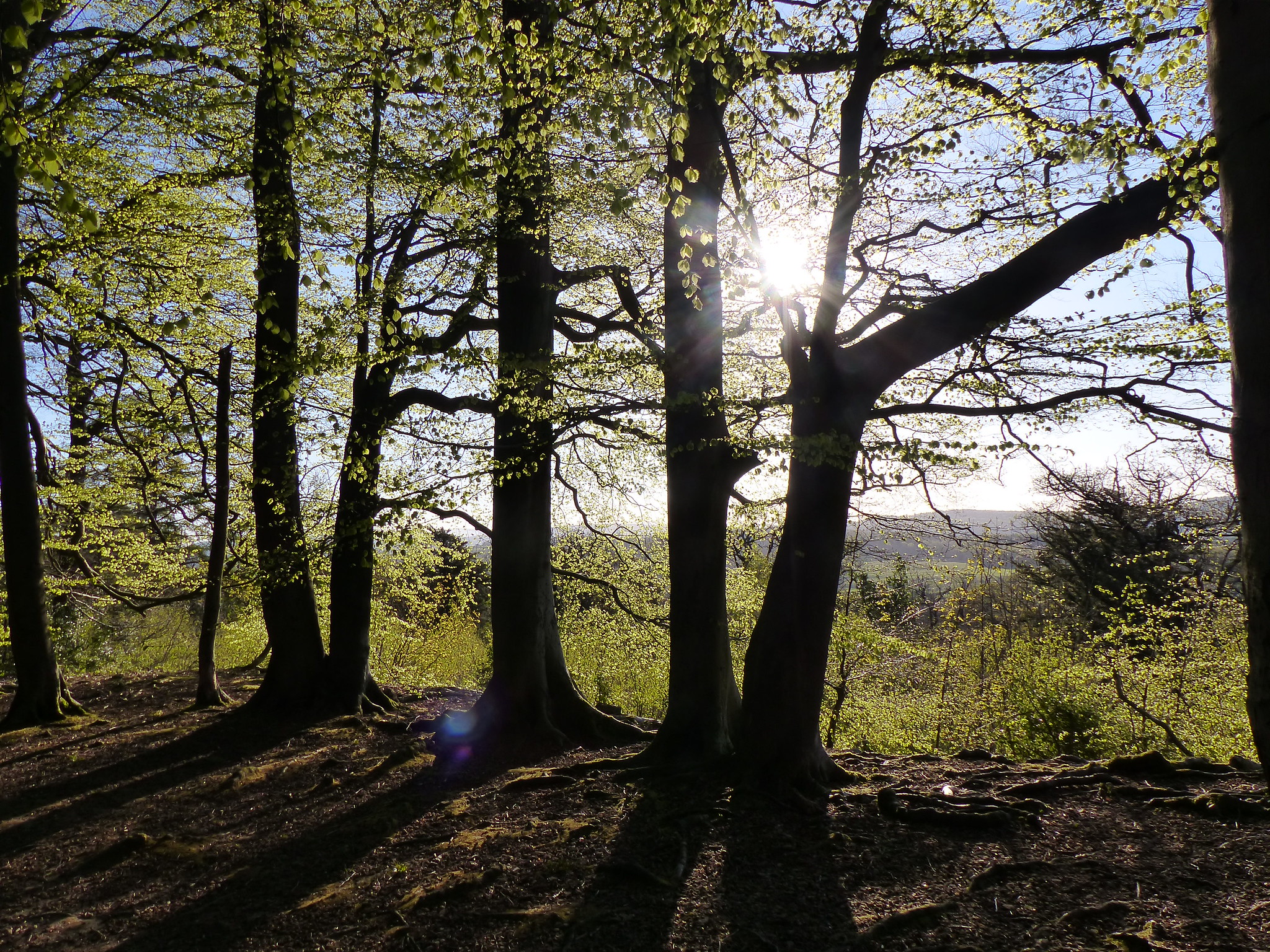 Early light on the new leaves at the circle of beeches. 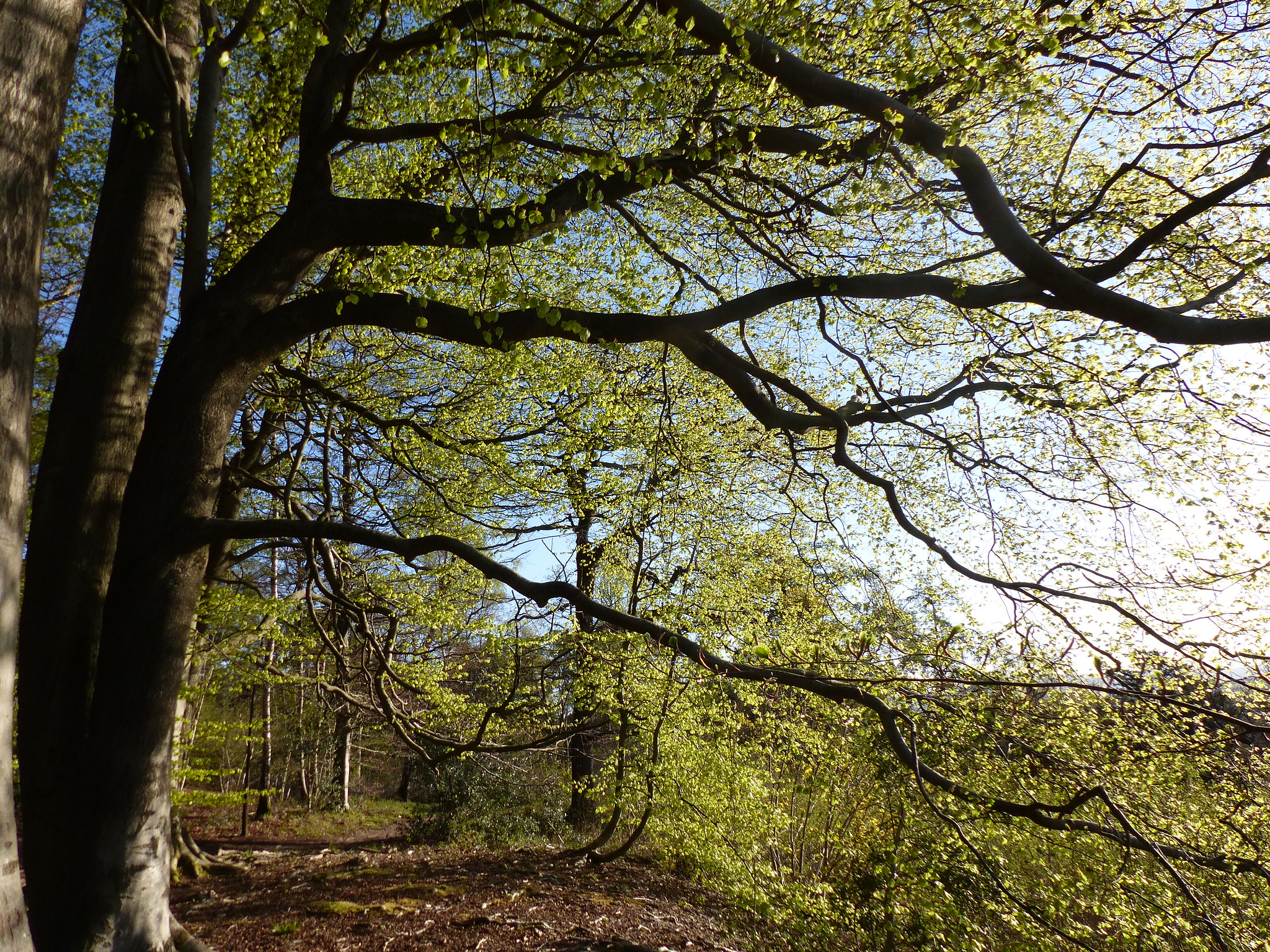 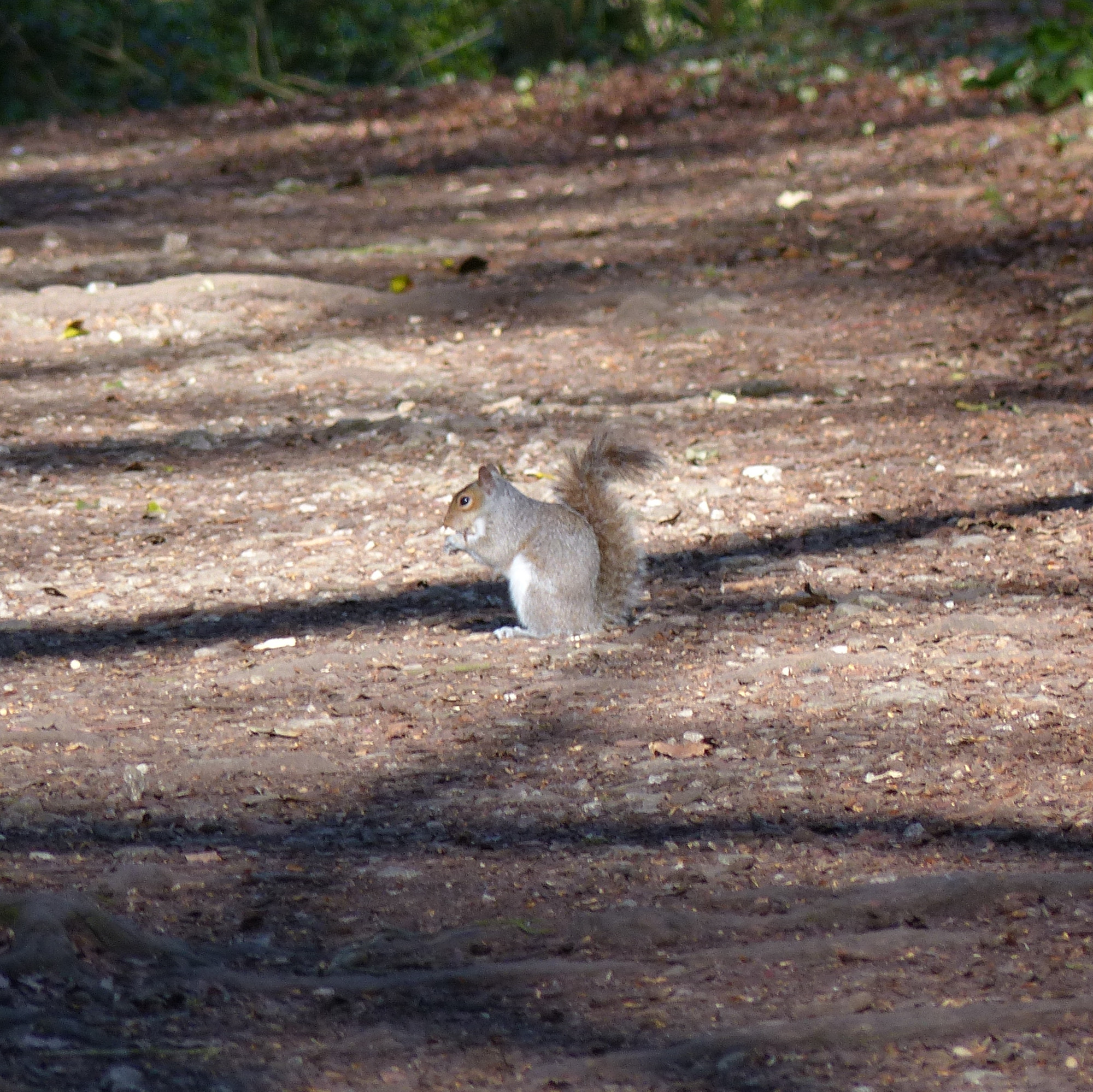 Pano from Castlebarrow. (Click on this, or any other, picture to see a larger image on flickr) 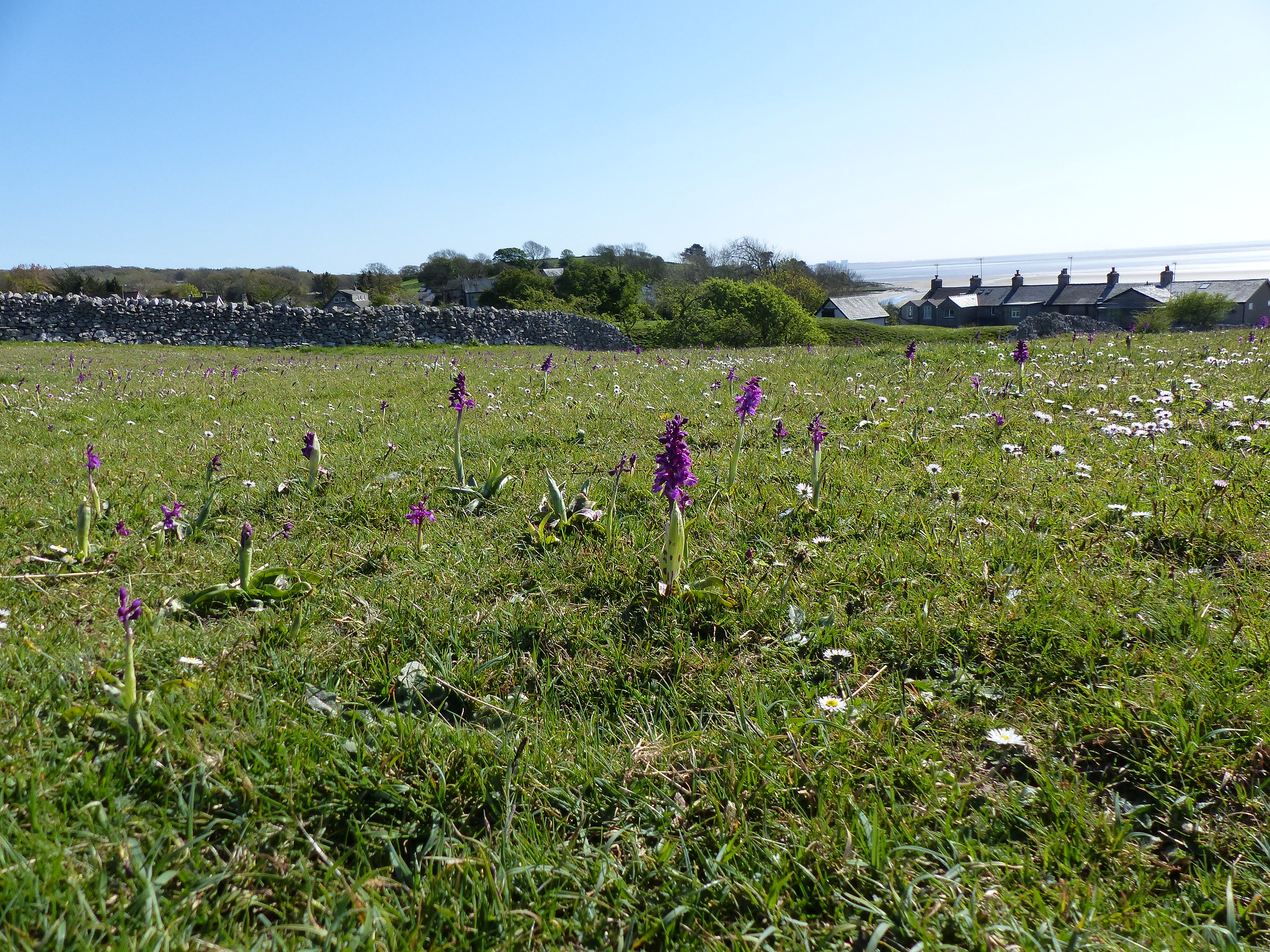 Orchids on the Lots. 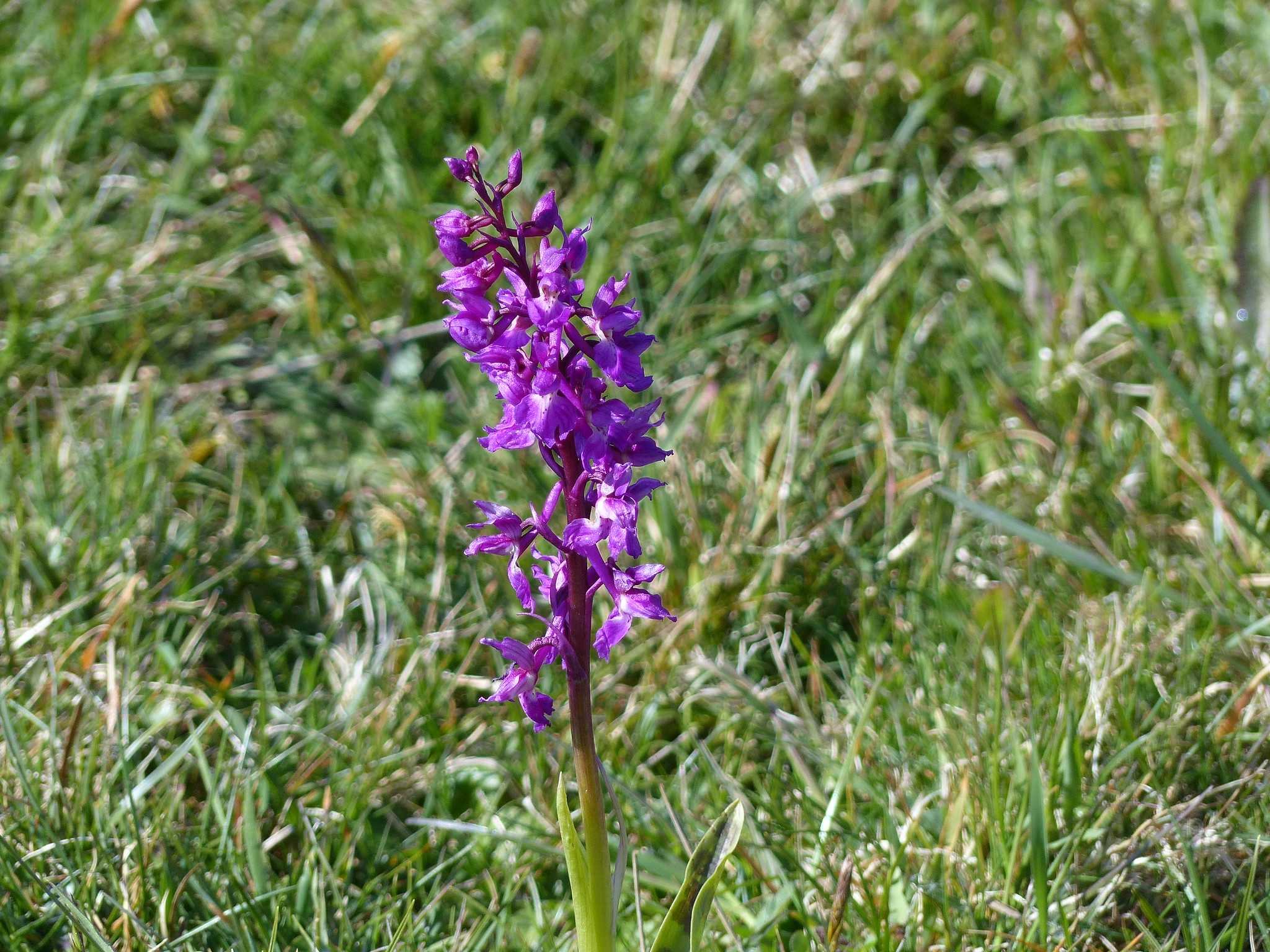 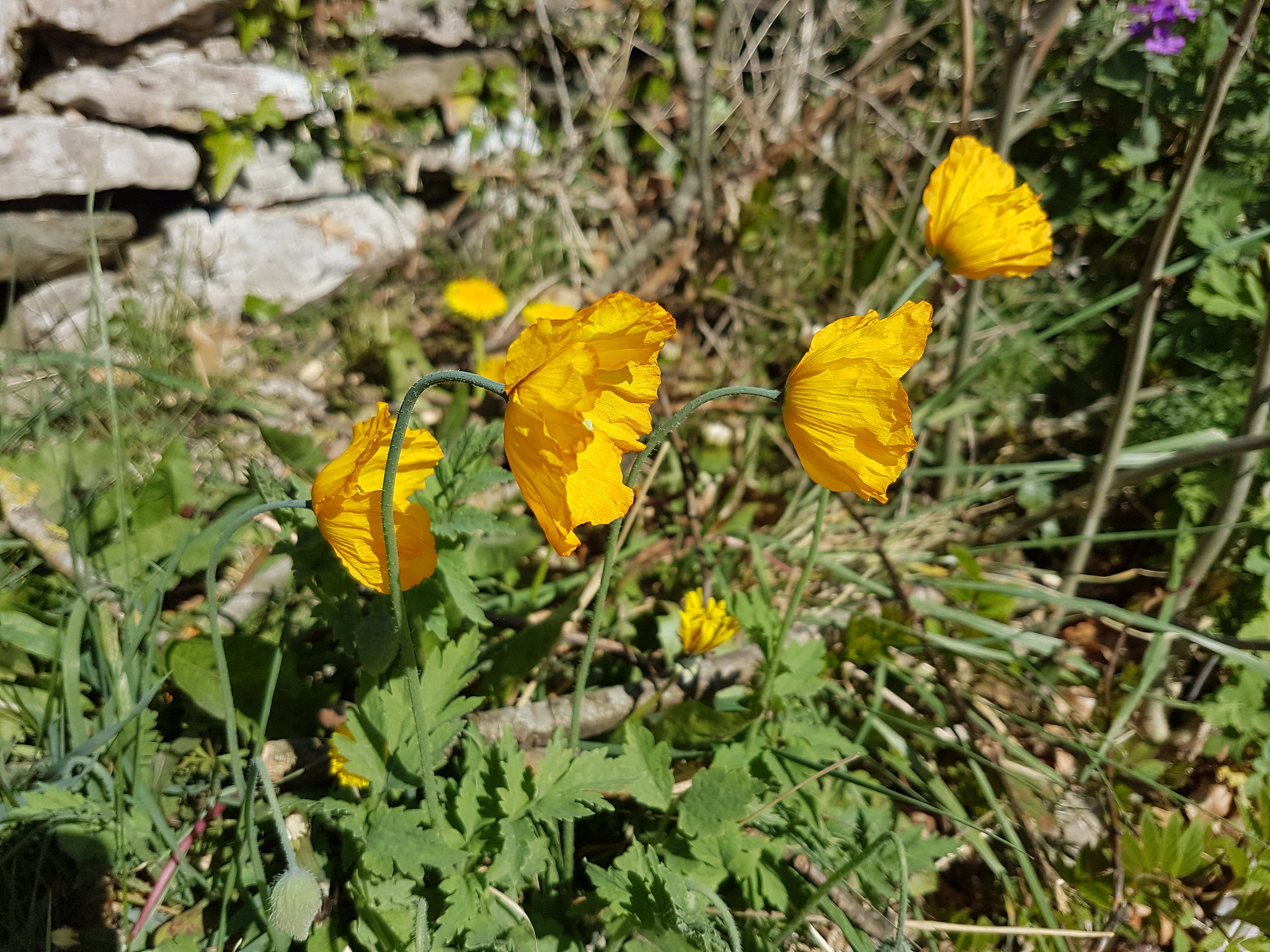 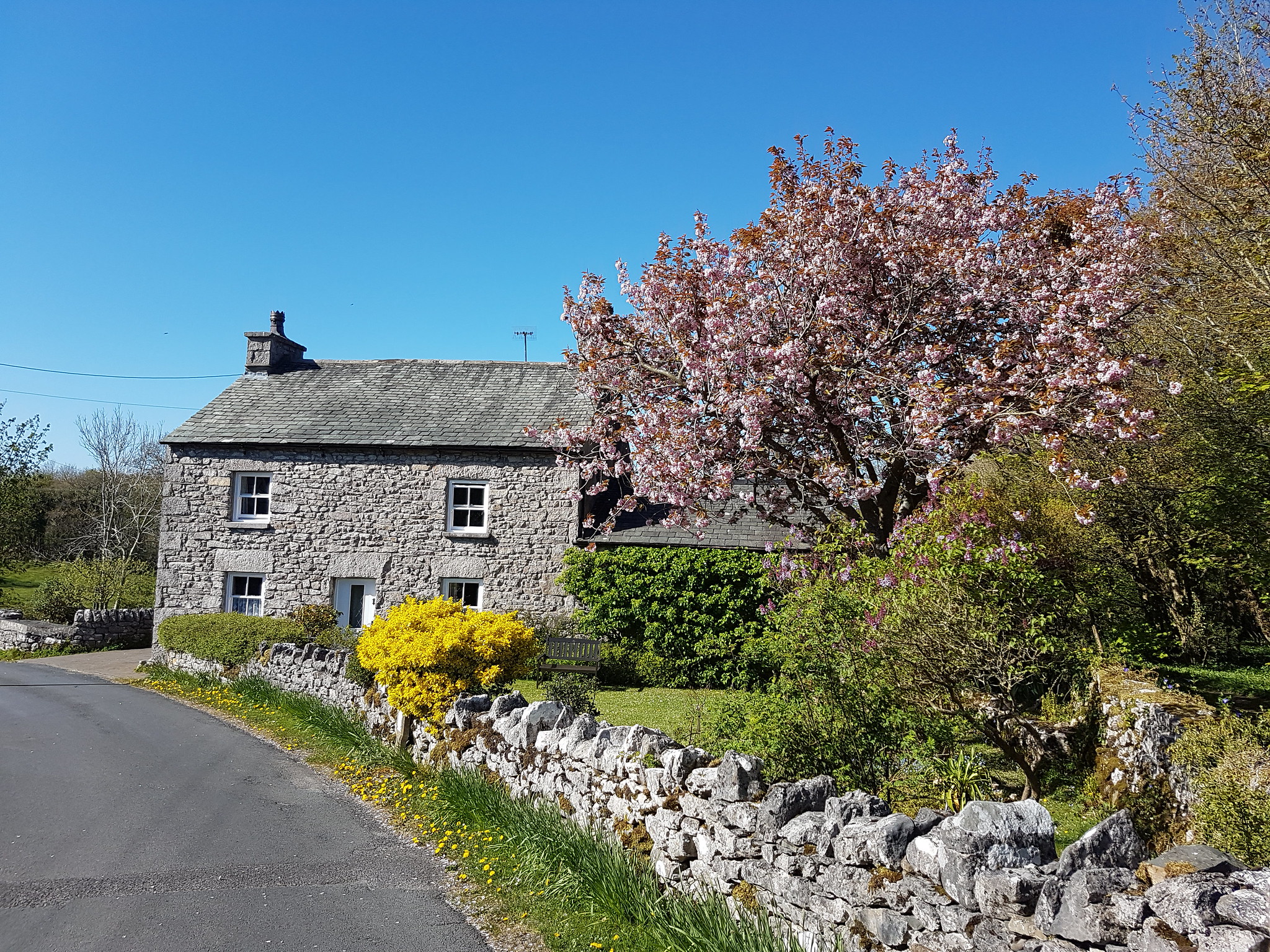 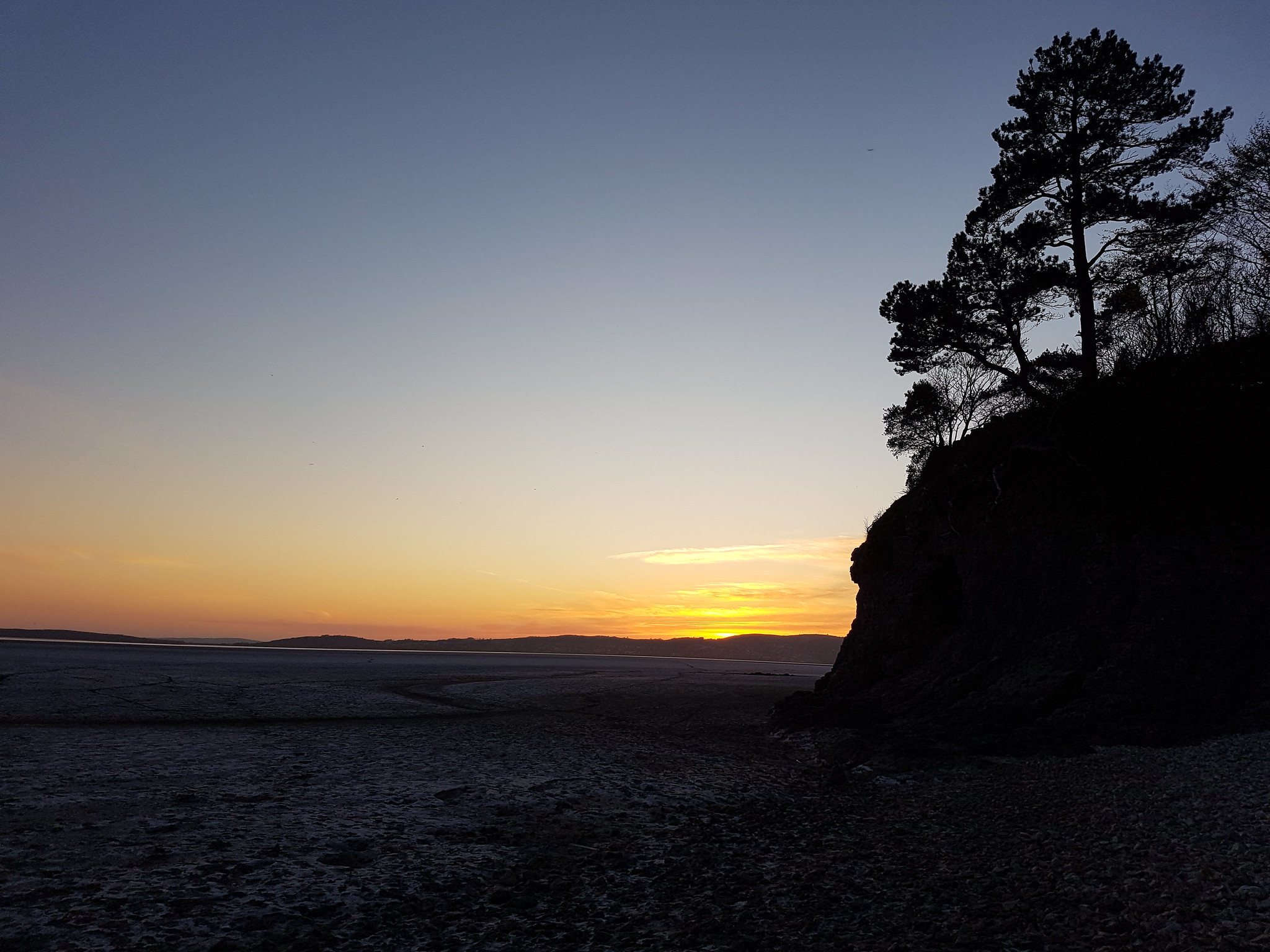 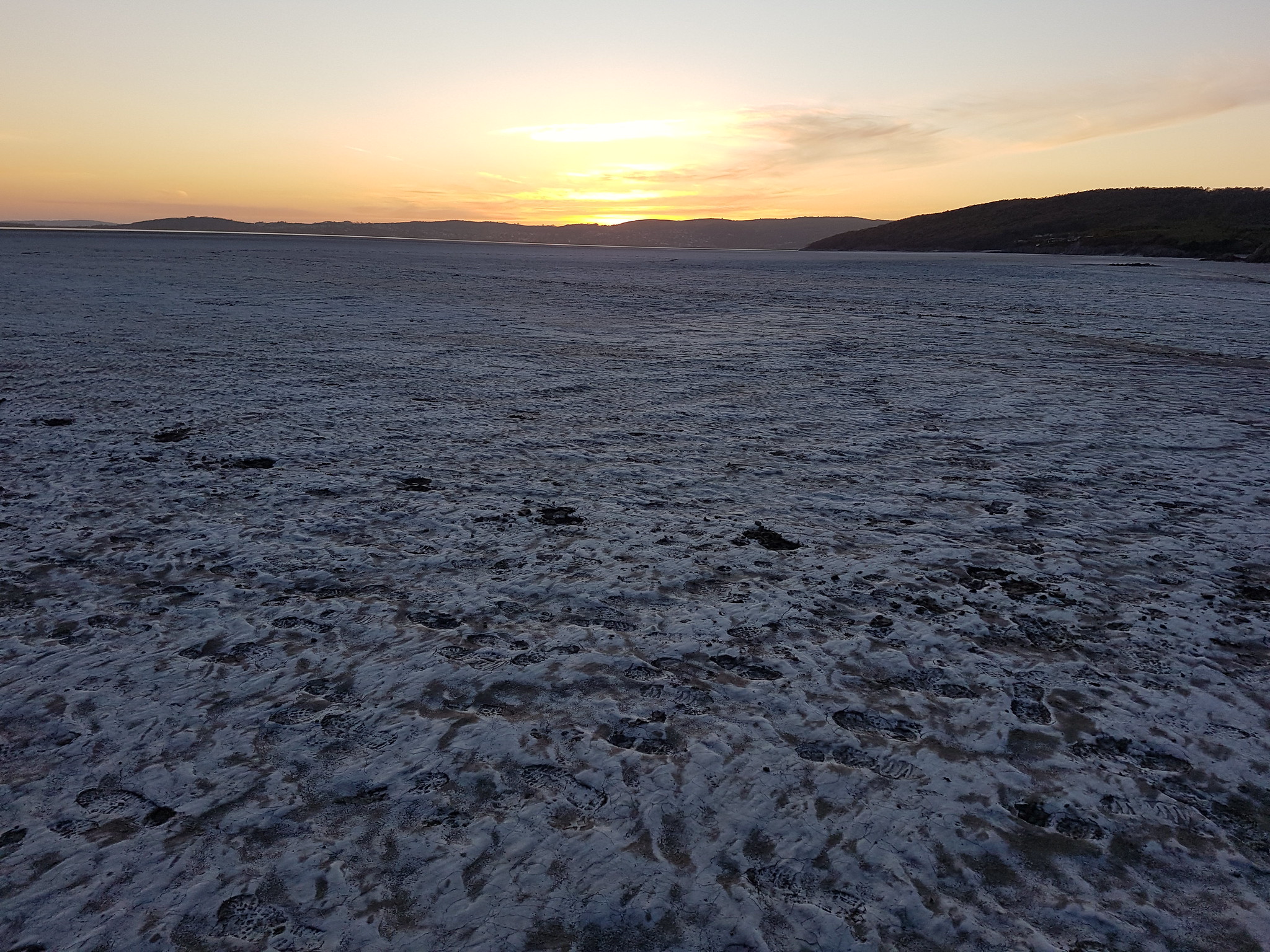 The entire beach has acquired a silver-grey crust. Not the best light to show it, I know.

So, back to my wish list of lockdown activities. Have I ‘practiced my trumpet playing’?. Have I heck. It sits in its case under my desk, just as it has for years. Perhaps I should explain – in my teens I was in a brass band. It was great fun, but I was a lousy musician: I didn’t practice enough. I didn’t play the trumpet. I started at second baritone horn and slowly progressed to first euphonium, not because of any progress on my part, but because it was a junior band and the other players grew up and left for pastures new. Mostly the senior band which practised in the same hall. I don’t remember anybody playing the trumpet, the closest we had was a solitary flugelhorn and a host of cornets. In good time, I moved away myself, and for many years didn’t play an instrument.

Anyway, some years ago, when all our kids were learning to play various instruments,  I decided that it was a shame that I’d ditched mine and decided to buy a trumpet – that being smaller and cheaper than what I’d played before. I did practice for a while, but my enthusiasm didn’t last all that long. I thought while we were off that I would have loads of time on my hands and would get started again, but it hasn’t really played out that way. Tomorrow though….I’m bound to pick it up again. There’s always tomorrow!

…as well as providing the title for the post, is the piece which I remember most affectionately from my brass band days.

This is obviously very different. I saw Kid Koala live down in London many years ago with my brother. I think he was the support act, but I can’t remember who it was he was supporting. I do remember being spellbound when he performed this.

And from ‘Drunk Trumpet to ‘The Piano Has Been Drinking’:

11 thoughts on “The Lazy Trumpeter”