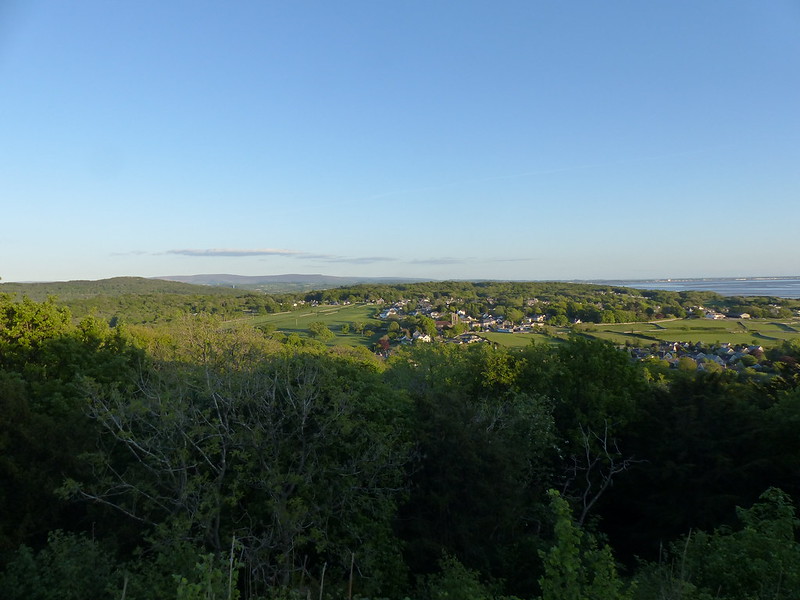 Another portmanteau with photos from various days and walks. 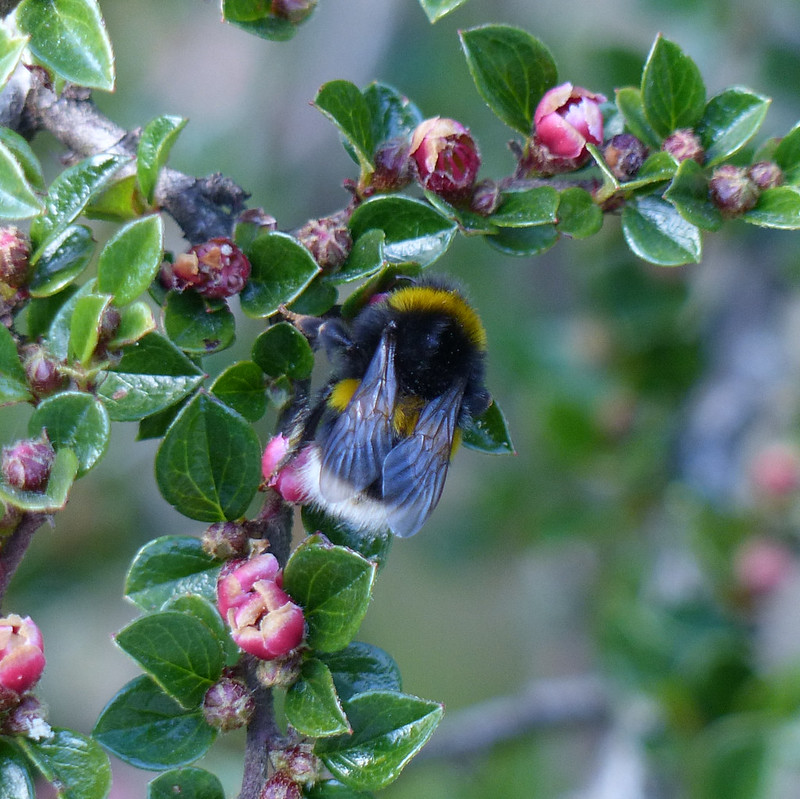 I spent ages photographing a wide assortment of bees on a cotoneaster in our garden. I’ve noticed whilst walking through the village that bees seem to go mad for cotoneasters; every one I’ve passed has been thronged. The light wasn’t ideal and bees will dodge about, so this is the only sharpish picture. And it’s of….a white-tailed bumblebee, or a northern white-tailed bumblebee, or a cryptic bumblebee or a buff-tailed bumblebee. Apparently, the workers of all four species are virtually indistinguishable, and it may require a DNA test to separate them. I haven’t quite got the lab set up yet, so it will have to remain a mystery. 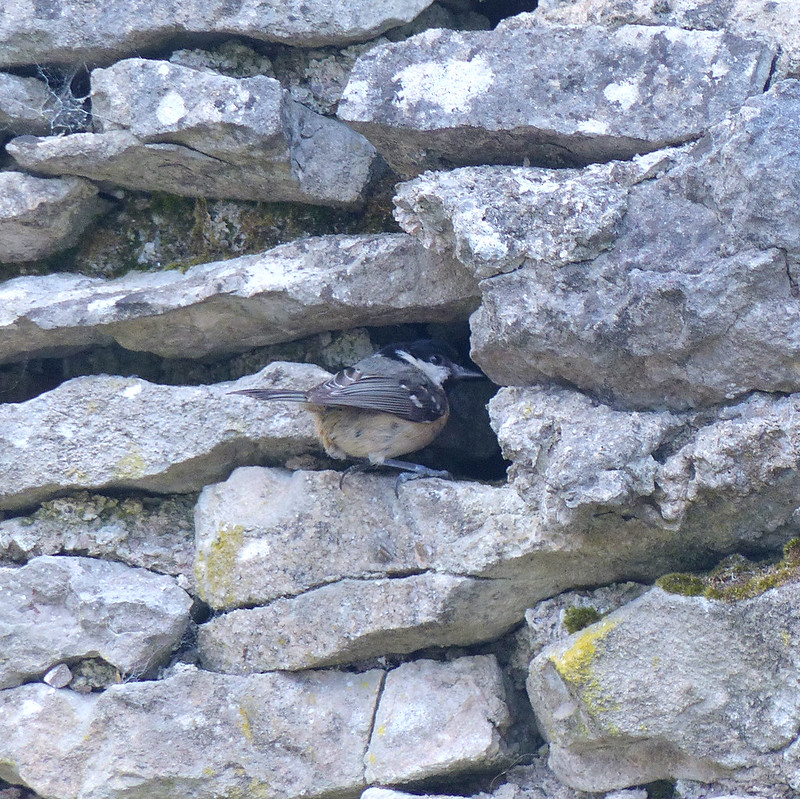 I keep seeing a coal tit, or possibly different coal tits, dipping in and out of the drystone wall across the track from home, but it isn’t the same hole each time, so maybe there’s something tasty in there, rather than a nest? I am pretty sure that there are both great tits and coal tits nesting either in, or near, our garden because there seems to be a constant chattering of young and I’ve frequently seen both kinds of tits carrying food into shrubs by our neighbour’s fence. 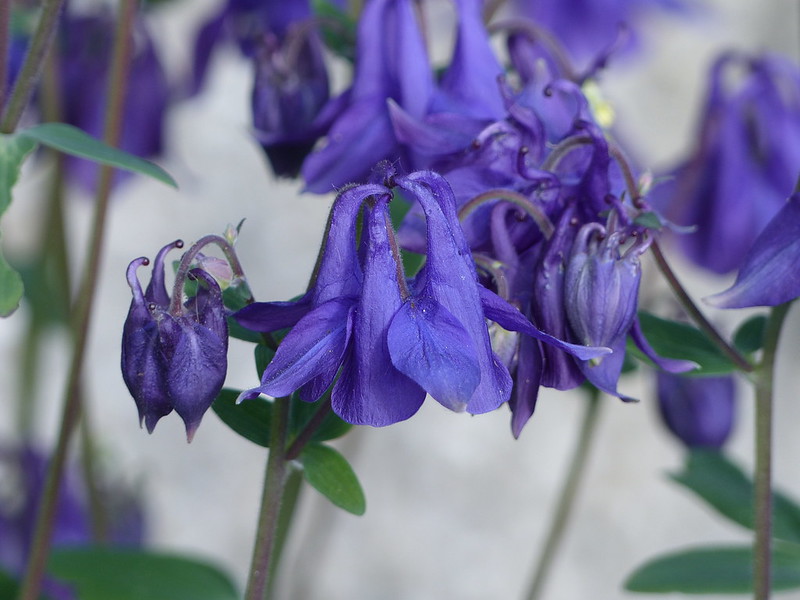 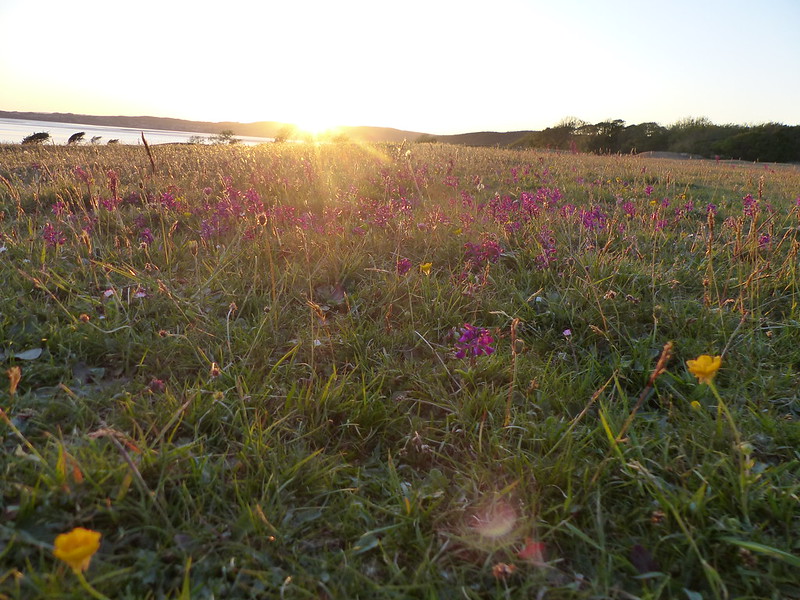 This is my flagrant attempt to plagiarise a photo I saw of the orchids on the Lots by a local photographer. His picture was absolutely stunning. I shall have to try again another time. I think I probably shouldn’t have had the setting sun actually in the picture. 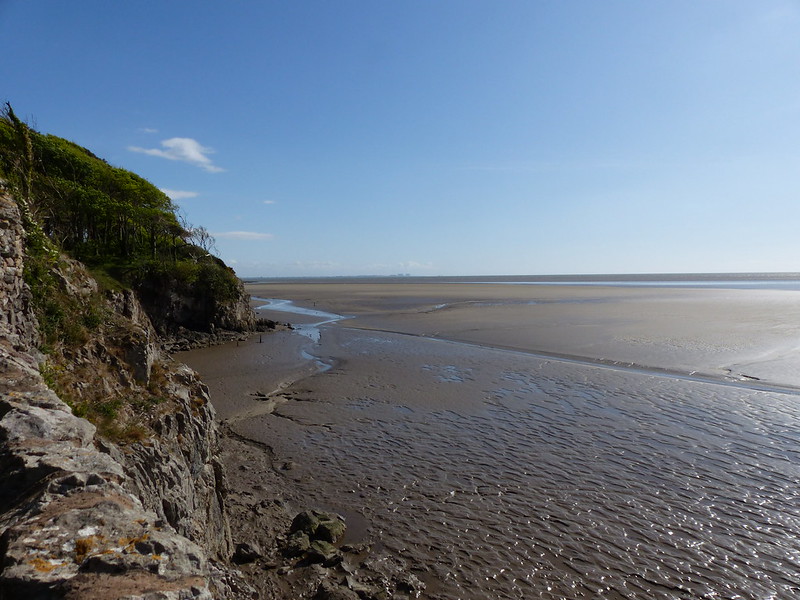 The Bay from the Cove. 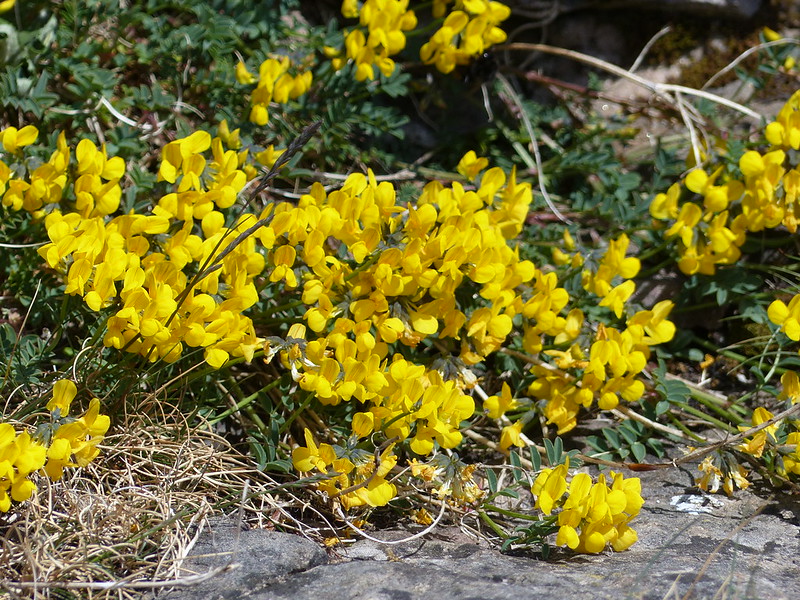 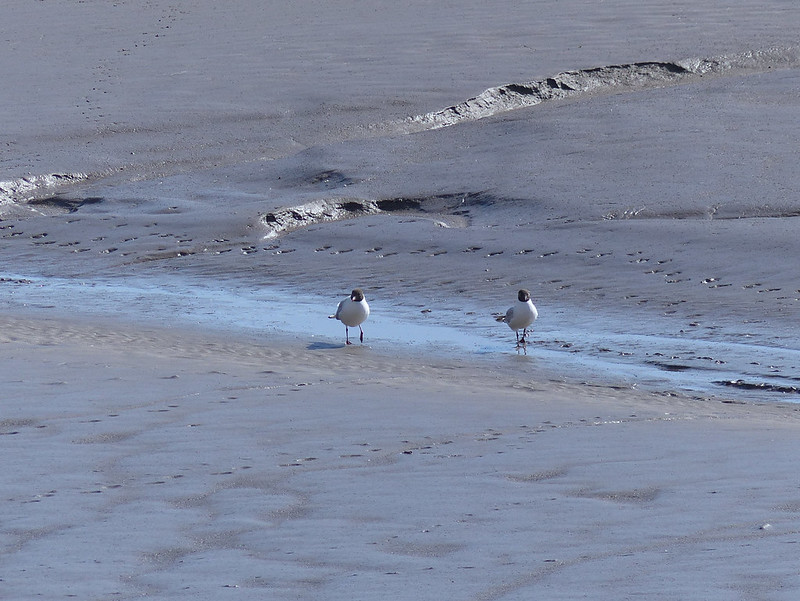 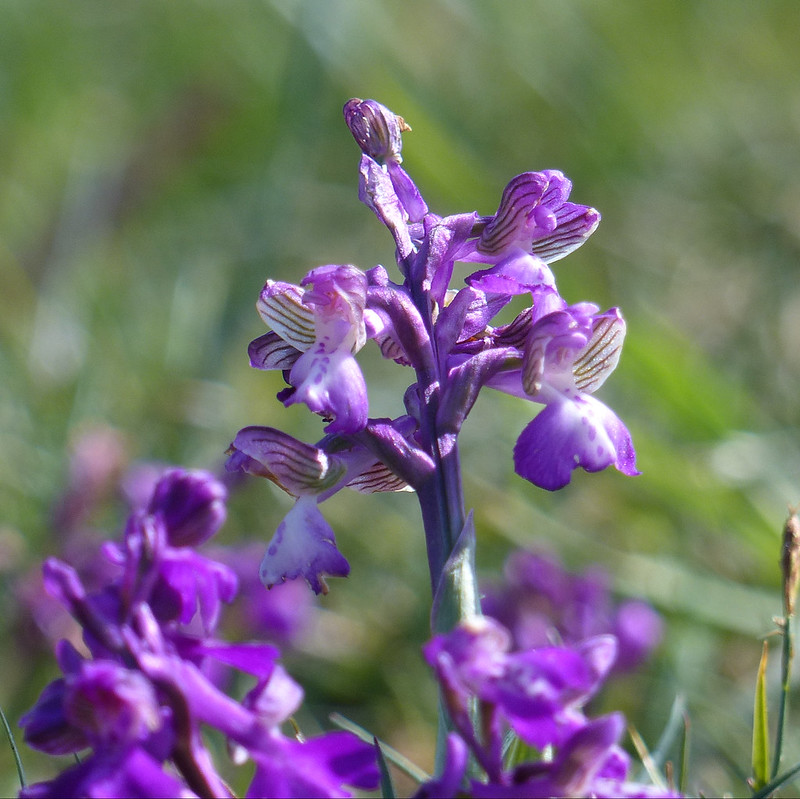 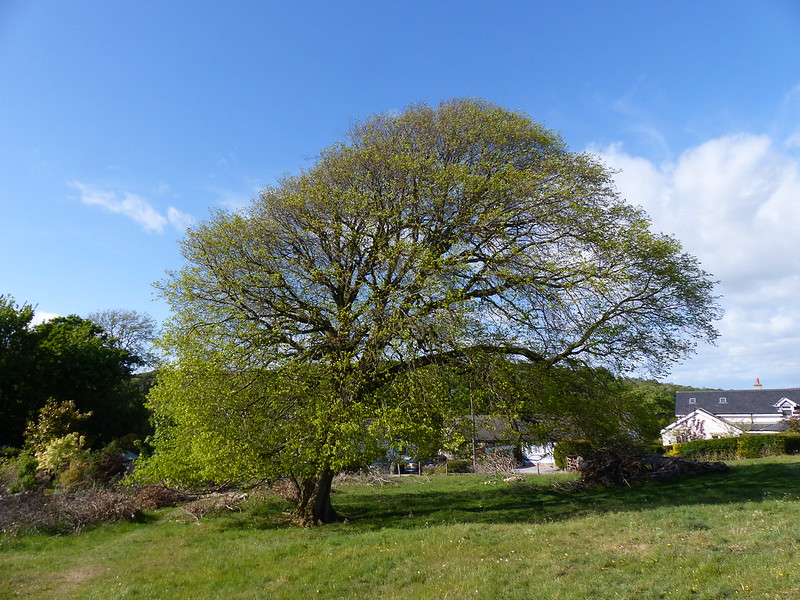 This is the tree, in the corner of a field close to home, in which I watched a tree-creeper earlier in the spring. It’s a lime, I don’t know which kind, but I have found how how to tell – it’s all down to the hairs on the underside of the leaves apparently. I shall probably check tomorrow. 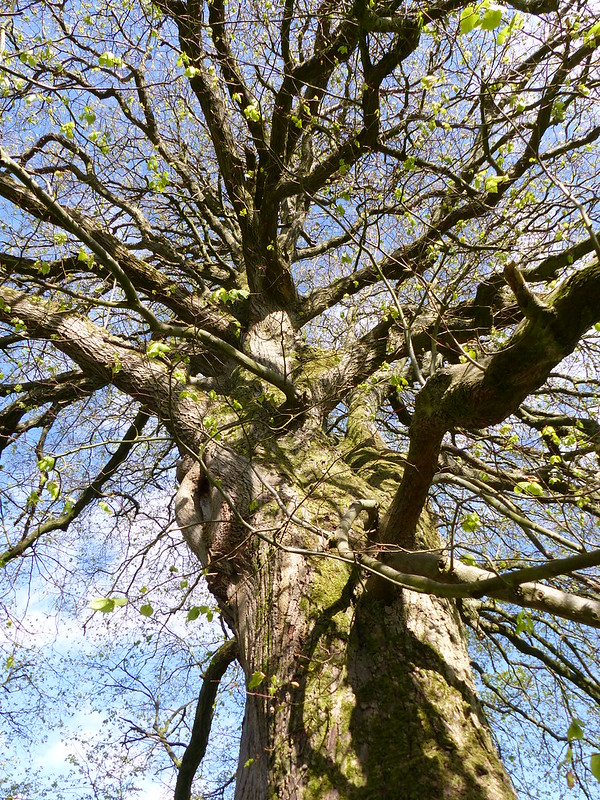 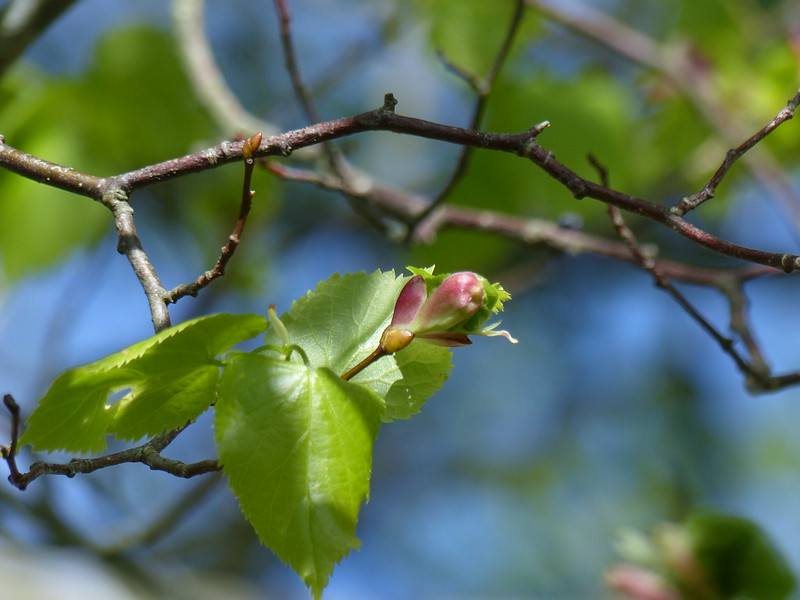 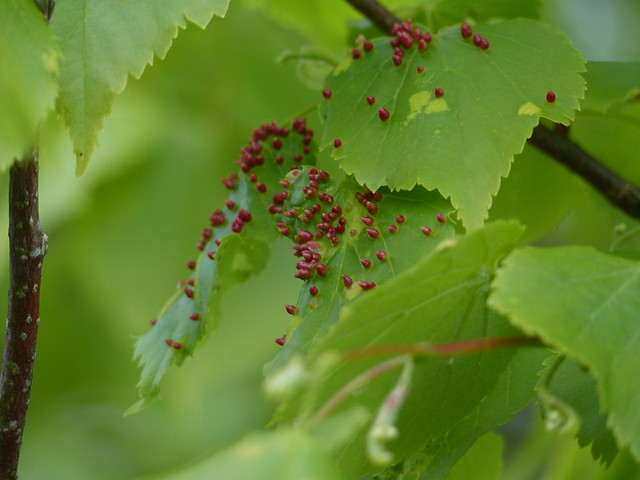 All three of our native species have their own mite which infests the leaves and induces them to produce these lime nail galls. (In the process of finding this out I’ve discovered a book “Britain’s Plant Galls: a Photographic Guide” – so tempting!) 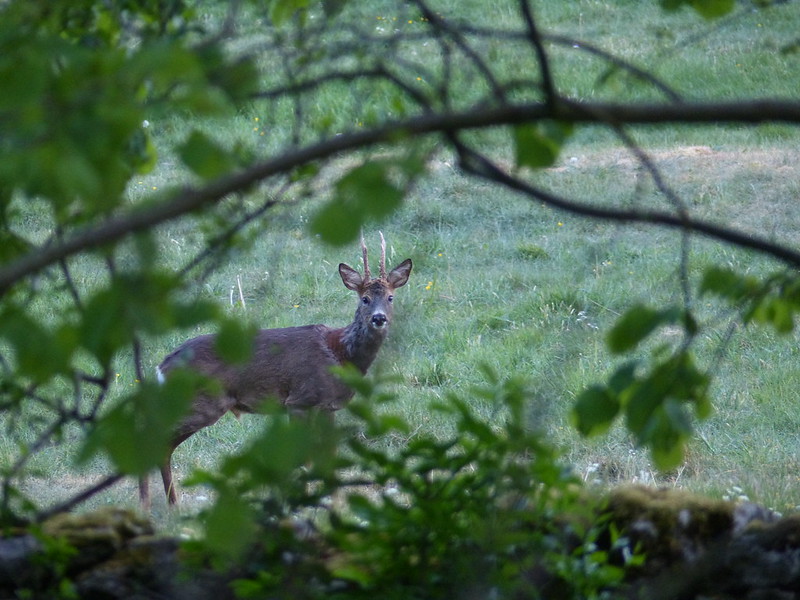 I took lots more, mostly blurred, photos of roe deer in mid-May. Most often, I saw them in pairs, like these two. I wish I could remember where I saw them. 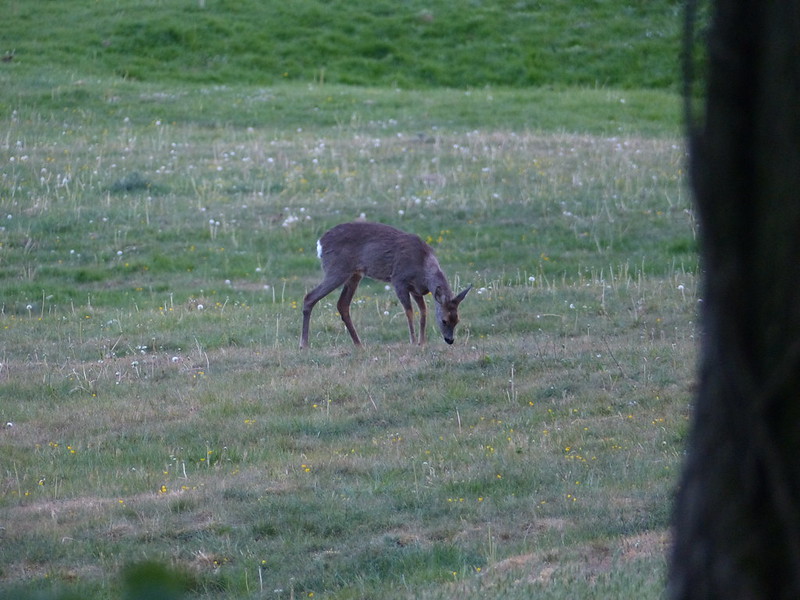 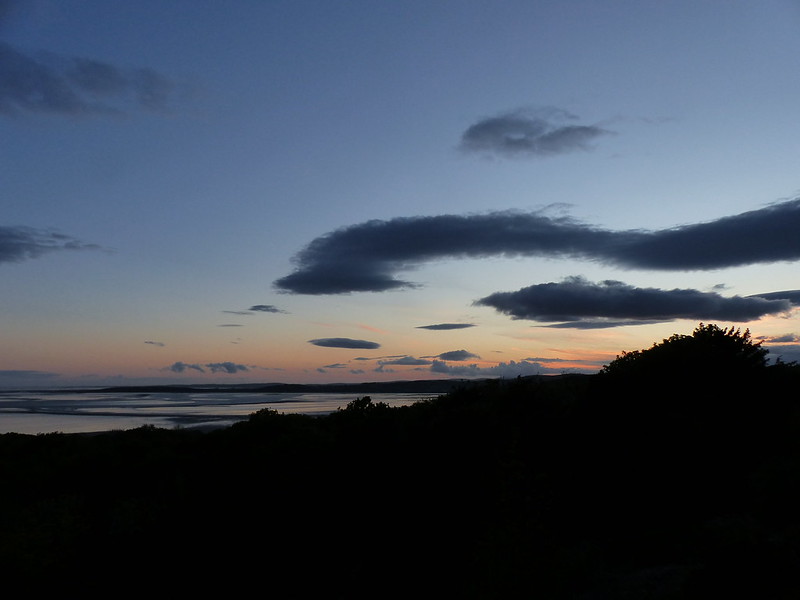 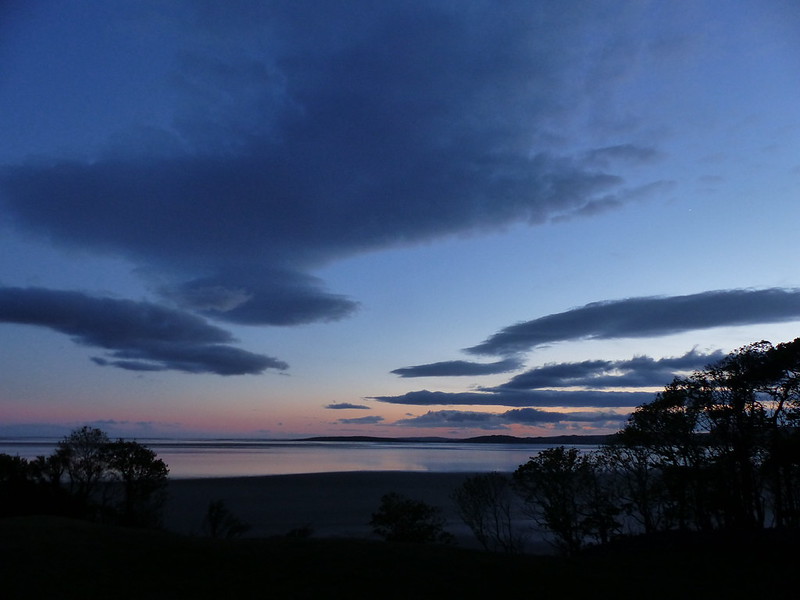 And from the Lots.

Around this time, when we should have been camping in Wasdale, we had out first zoom quiz with our camping cronies. I think we’ve had four now. It’s no substitute for sitting around a camp fire after a day in the hills and a barbecue, but it’s a lot better than not seeing each other at all. Better yet, we have volunteers to write the next two quizzes. The Silverdale posse are surely due a win. 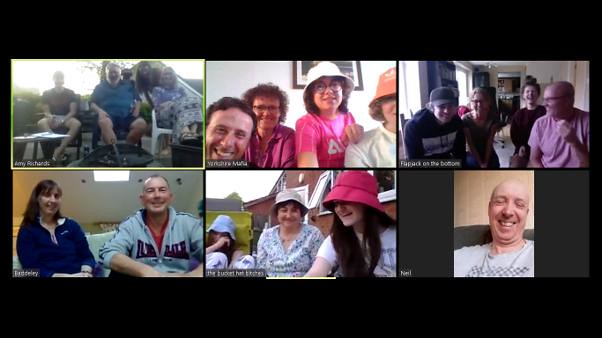 I can’t claim responsibility for this screen shot and I hope nobody objects to me using it. It occurs to me, looking at it again, that we may be falling down, as a quiz team, due to a significant lack of headgear.