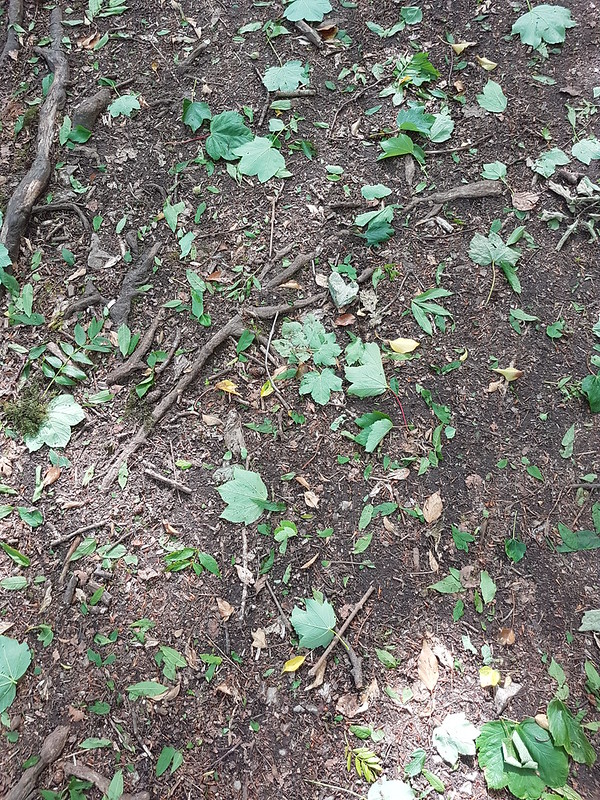 And blow, blow they certainly did. We’re well acquainted with Atlantic storms up here in the North Wet, but we don’t often get really severe winds in the summer when the trees are in their summery finery. TBH warned me not to go down to the beach, so, of course, curiosity got the better of me and I had to go and take a look. And after I’d had a look, I abandoned any thought I’d entertained of heading out onto the sands, turned tail and sort the shelter of the woods. The woodland floor was carpeted with leaves and twigs, but it was still relatively sheltered in there.

Which begs the question, why did I venture out of the woods and across the fields by Black Dyke? I don’t remember, but I do remember that it was more than a bit draughty, was spitting with rain and that dark clouds seemed to be threatening worse to come.

Goldfinches seem to be almost ubiquitous these days; I watched a family of half a dozen flitting back and forth between an ash tree on the edge of the woods and the electric fence. I guess they were impervious because they weren’t earthed? 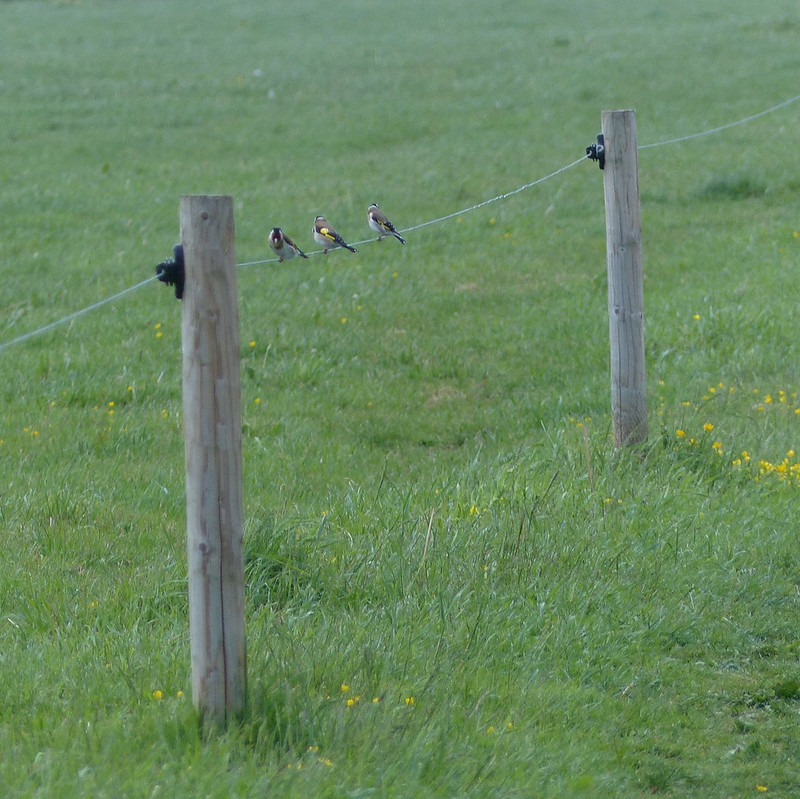 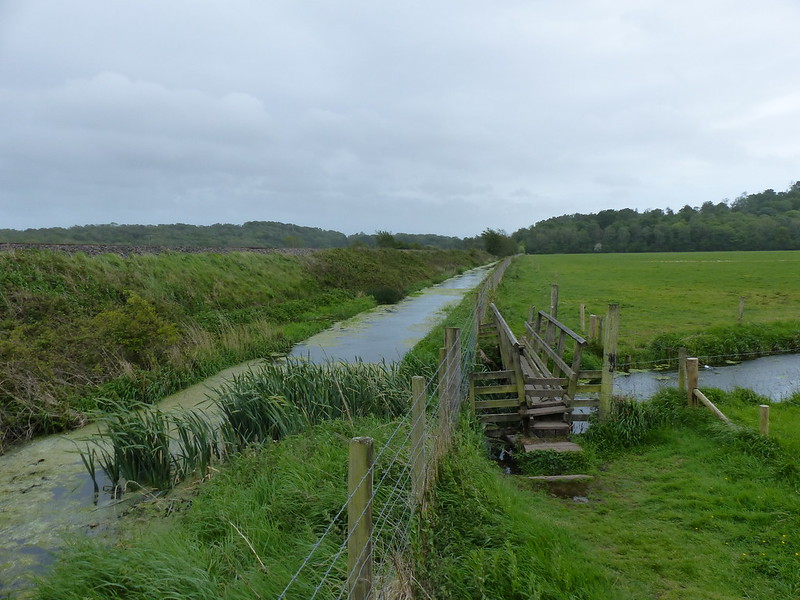 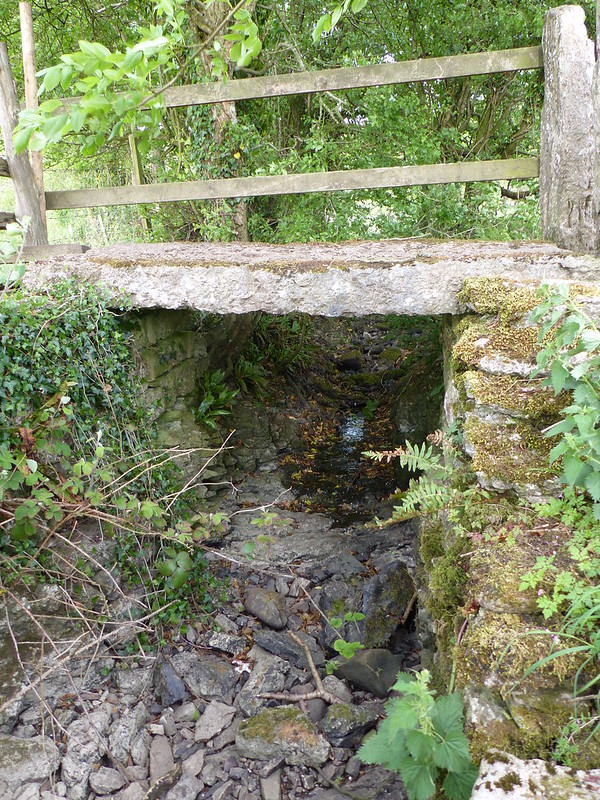 The footbridge over Leighton Beck – not much water running under it. 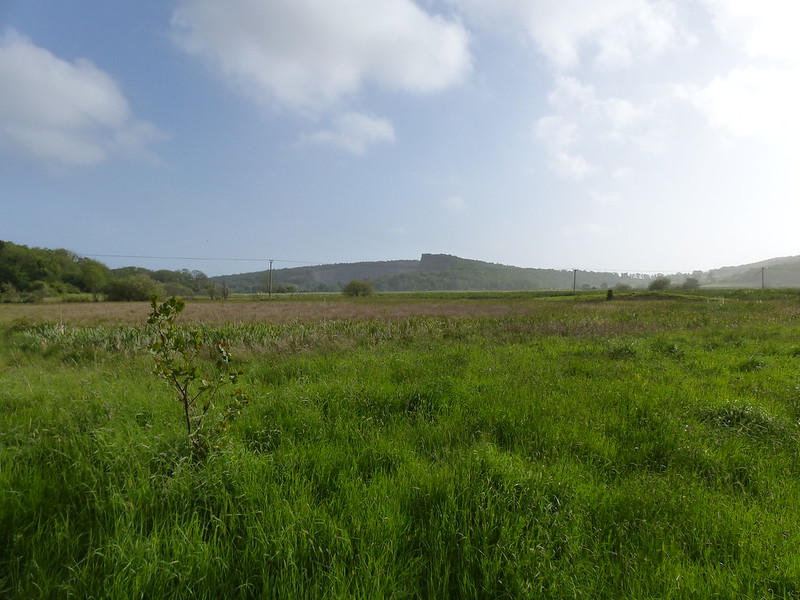 Middlebarrow and Arnside Tower from the far side of Silverdale Moss. 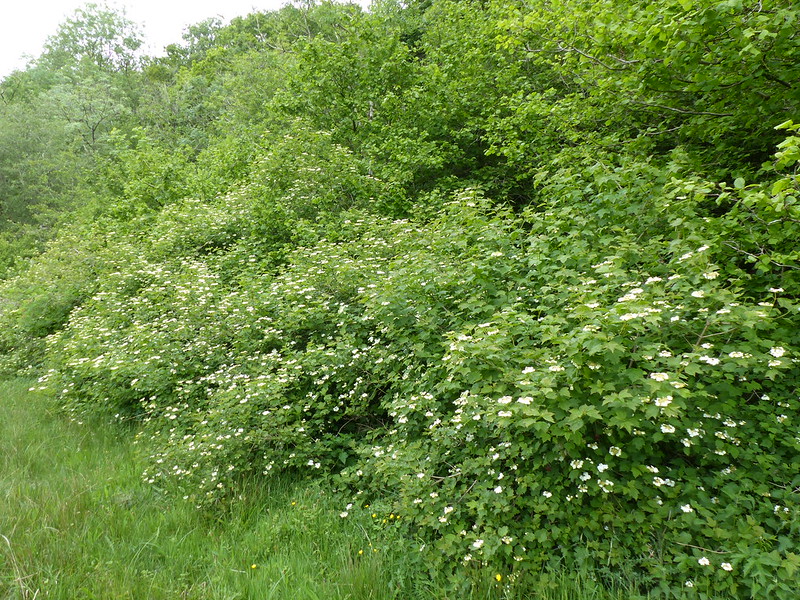 I’ve made many visits to Lambert’s Meadow this year. It seems to be a very fruitful spot for insect photos, particularly in the vicinity of this sprawling guelder rose hedge. 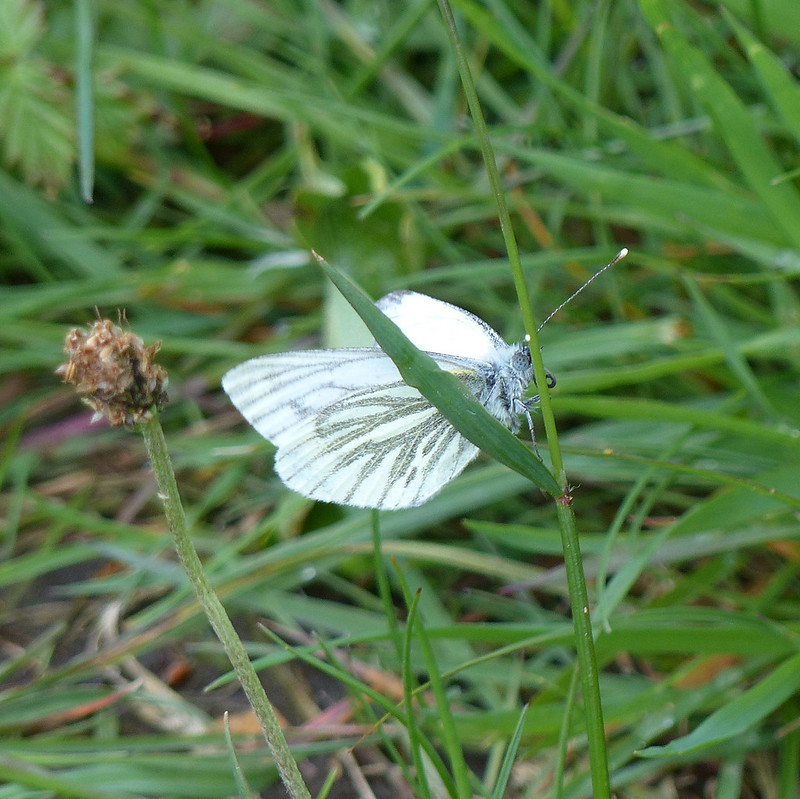 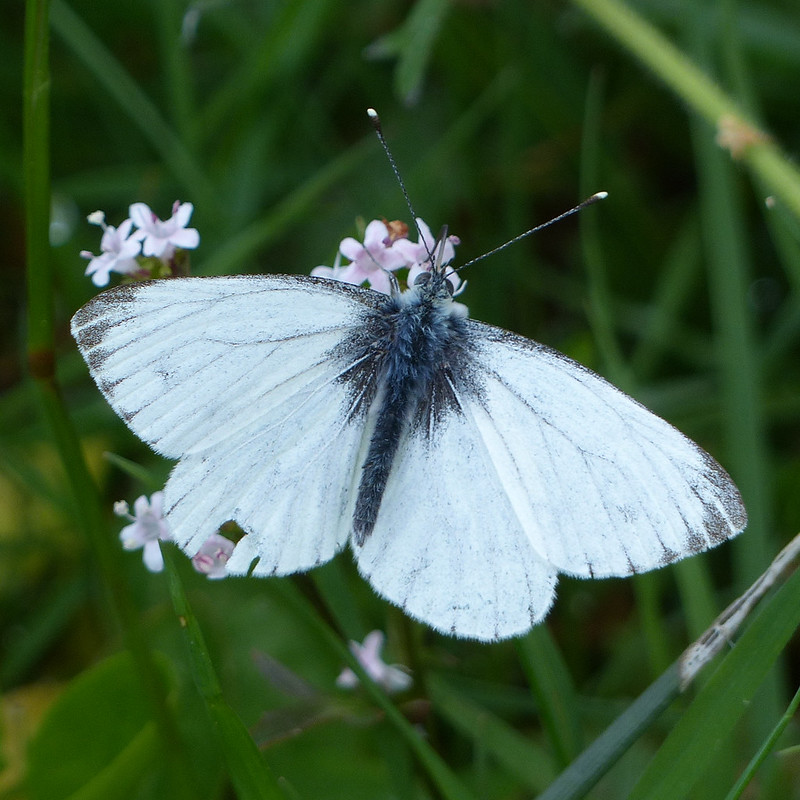 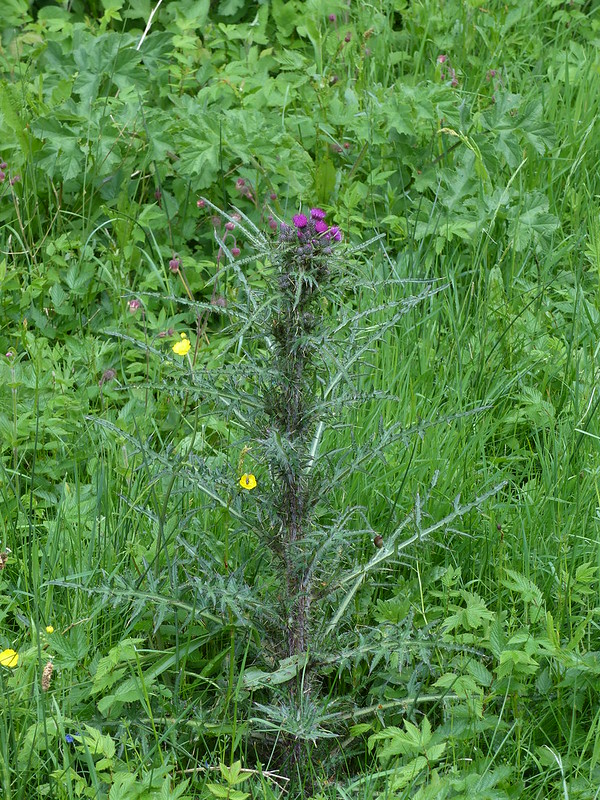 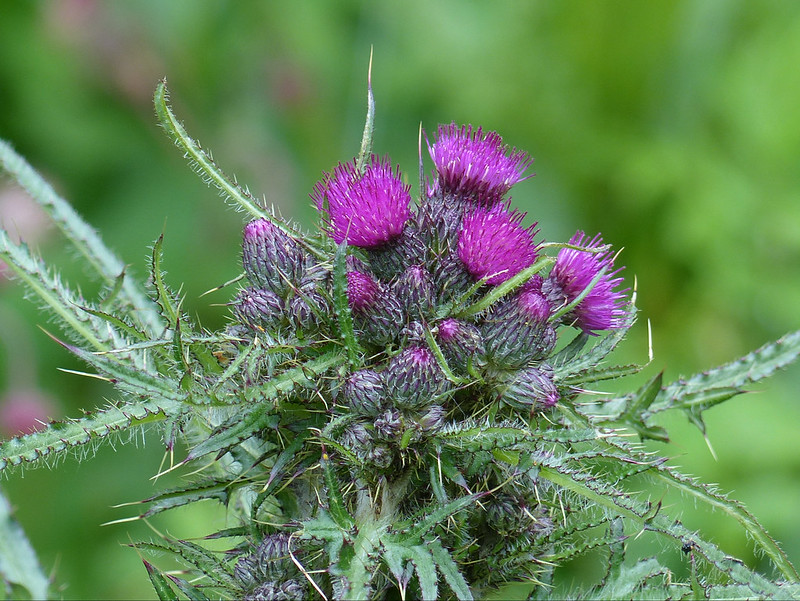 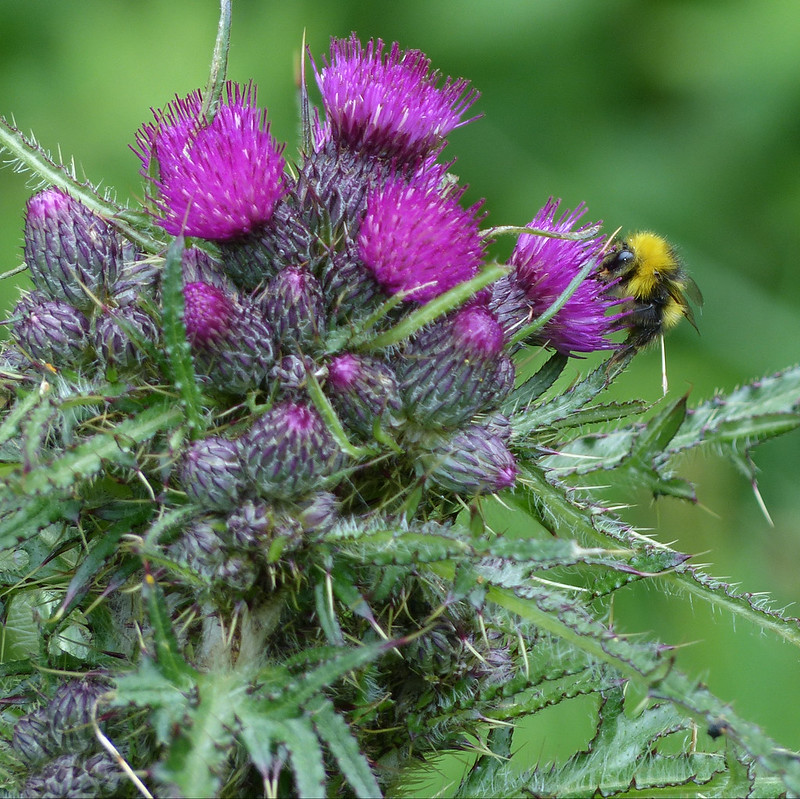 I thought they looked rather fine and this early bumblebee liked them too. 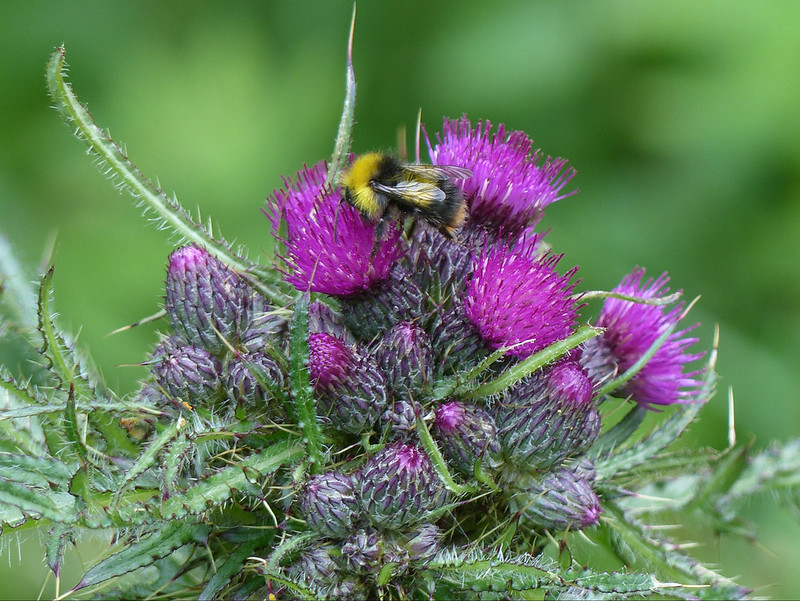 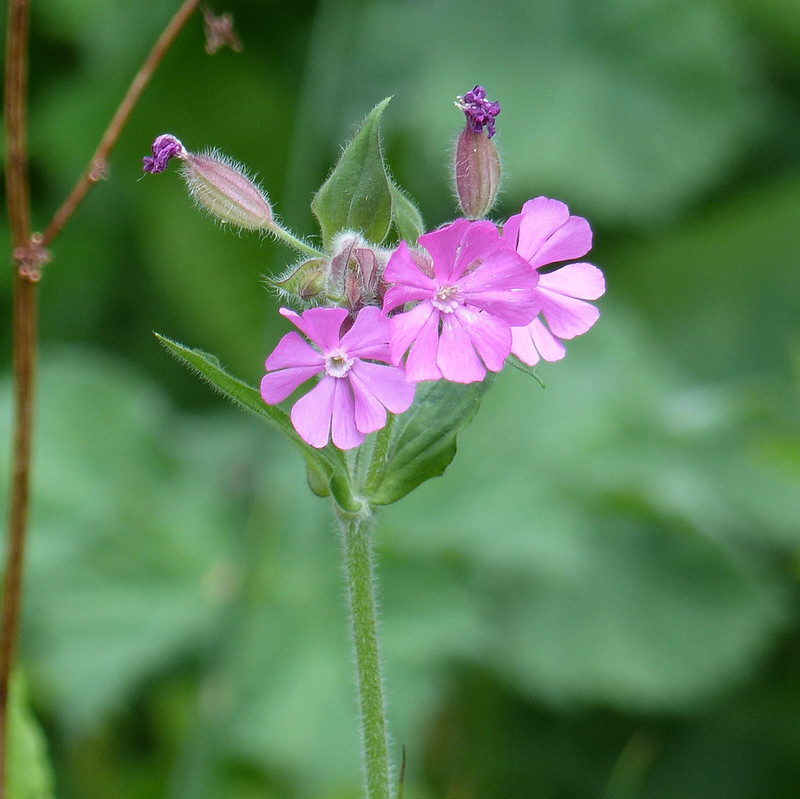 Red campion. Is pink. Why not pink campion? 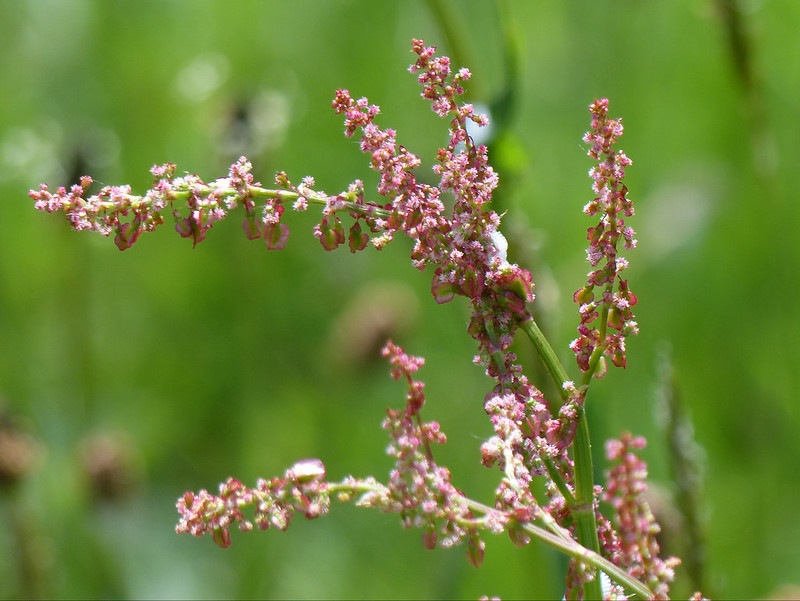 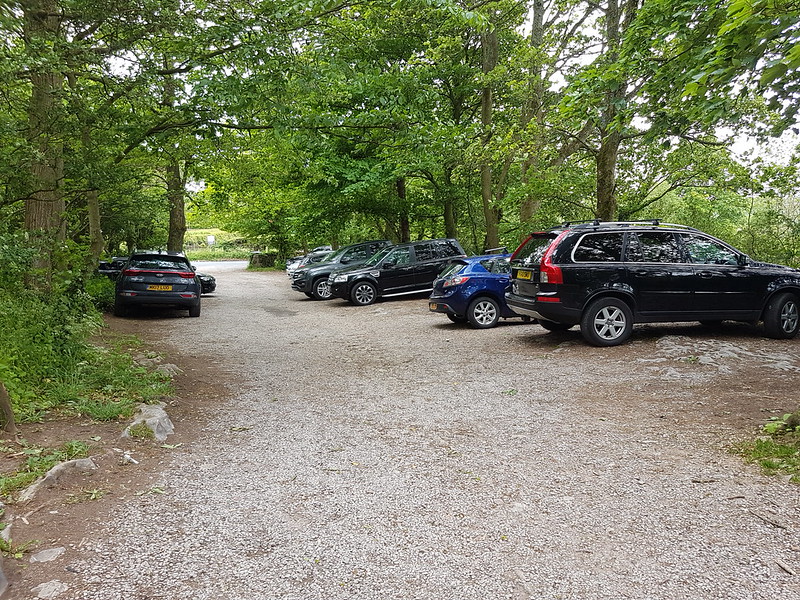 The Jubilee Wood car-park on the edge of Eaves Wood. Until a day or two before this photo was taken, the car park had been closed and roped off, but here it is open and fairly busy again, reflecting the beginning of the easing of the lockdown restrictions. (This is from about a week before the end of May.)

Tunes – today amusing songs which are also great to listen too in their own right. First up…

Then, ‘Werewolves of London’ by Warren Zevon. This one brings back happy memories of howling along with the kids in the car. This was before the boys started laughing at my musical tastes, listening to grime and opening conversations with barely articulated Caribbean slang like, ‘Wagwan fam?’

The next is a song I’ve only recently come across, ‘Sharon’ by David Bromberg.

What those three all have in common, is that they are the only songs I know by each of the artists. To finish, here’s a song by someone who, by contrast, I’ve followed since discovering great songs like this when I was at school, way back when…

Can’t help thinking I’m spoiling you here! What else should I have included? ‘Funky Gibbon’? ‘The Streak’? ‘Shut Up’ by Madness? These are all pretty old songs, I’m obviously missing some more recent possibilities.

7 thoughts on “Step Right Up!”