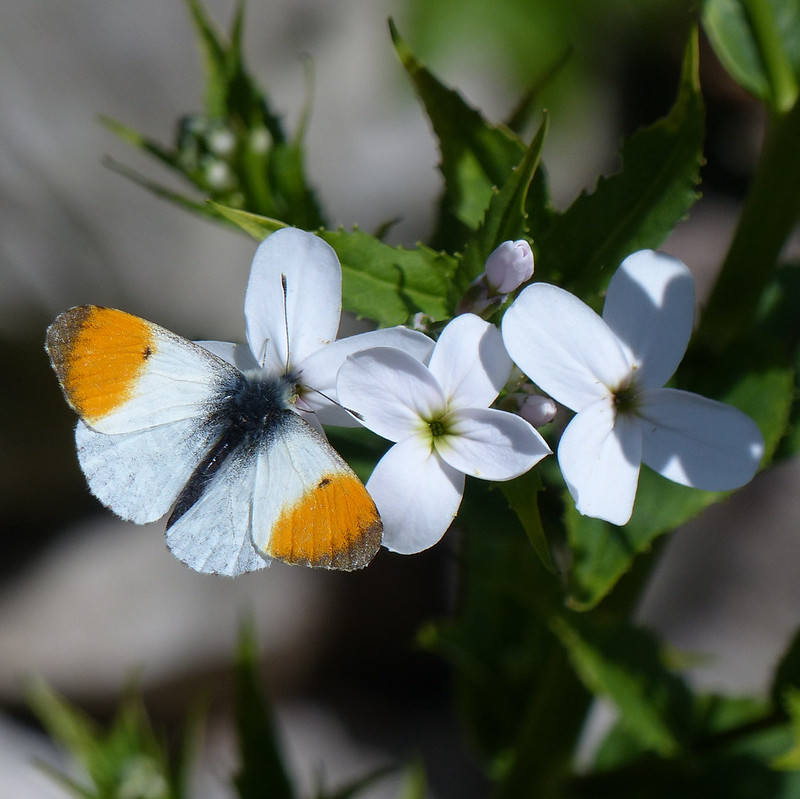 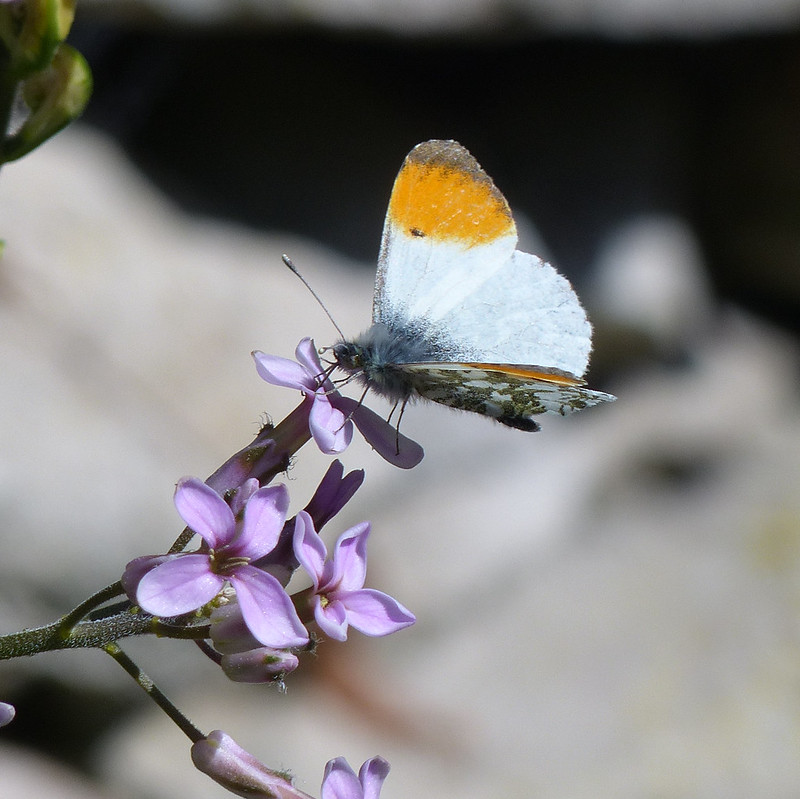 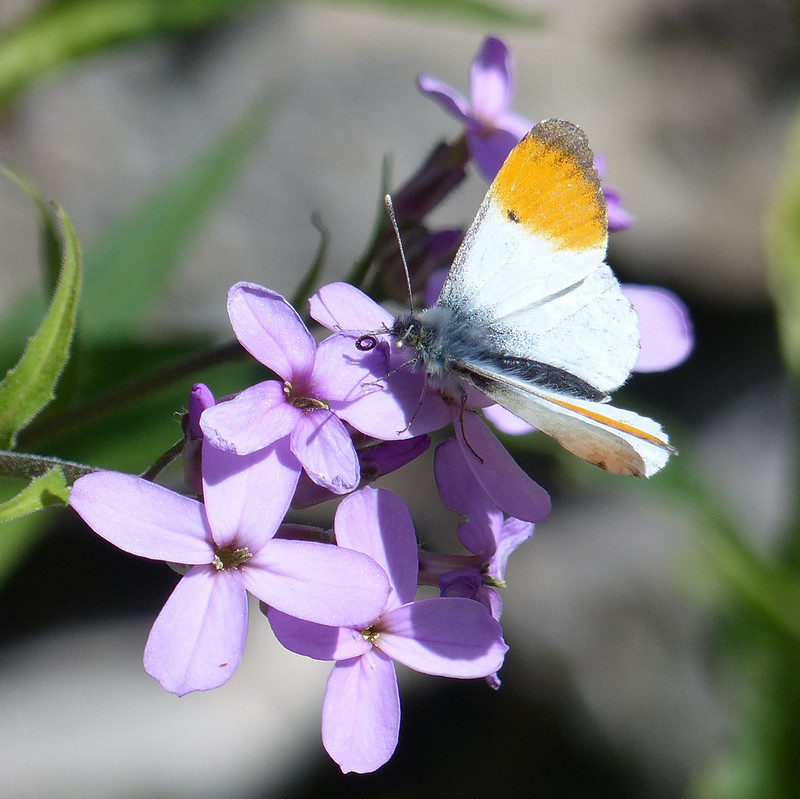 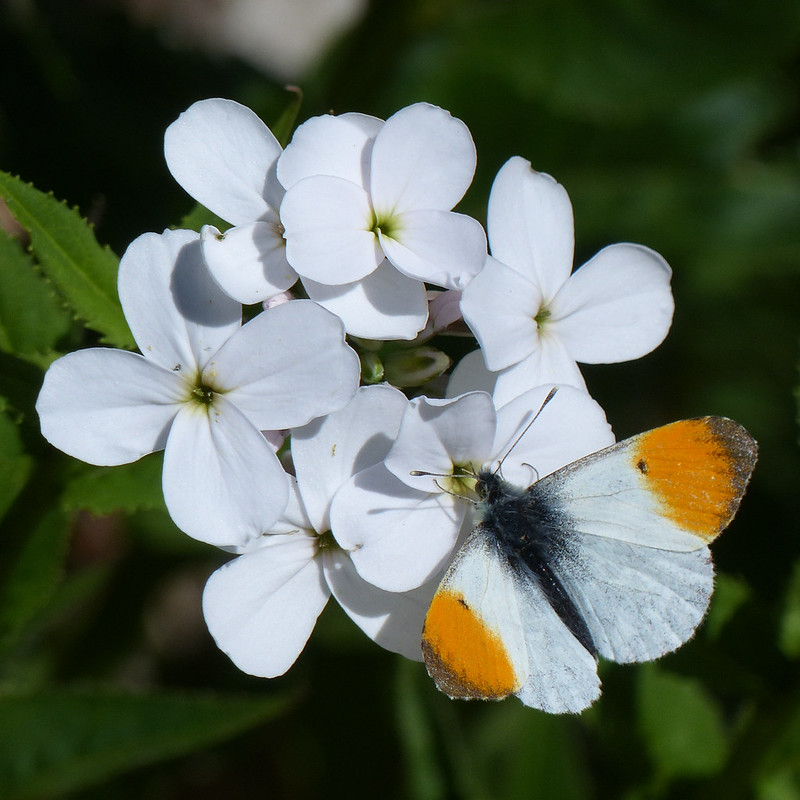 As you can see, I was quite taken with the combination of a male Orange-tip and the Dame’s Violet flowers. Ii was Whitsun half-term and I was on my way to Trowbarrow Quarry to look for Fly Orchids. It has become something of an annual ritual – every year I go to look for them and every year I fail to find them. This year I had a good excuse, because apparently, due to the exceptionally dry spring, Fly Orchids were only very short this year. And they’re pretty hard to spot at the best of times. Well, they must be – I’ve never found any anyway. 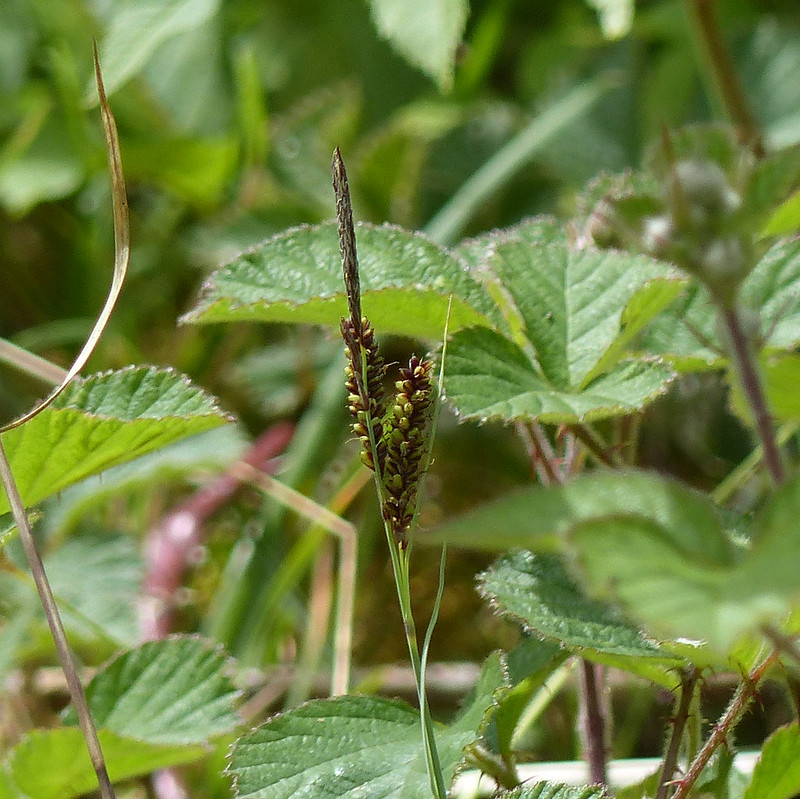 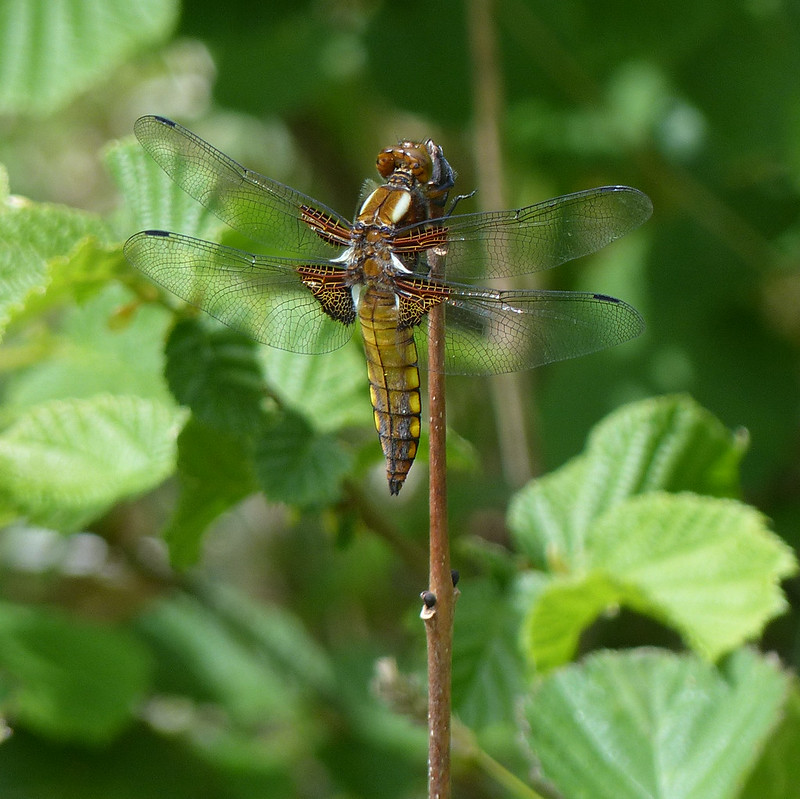 I’m not sure whether Broad-bodied Chasers are the most common dragonflies in the area, or just the easiest to spot and photograph because of their habit of perching on the end of a stem like this. This is almost certainly a female – males begin their adult life yellow, but rapidly turn blue. 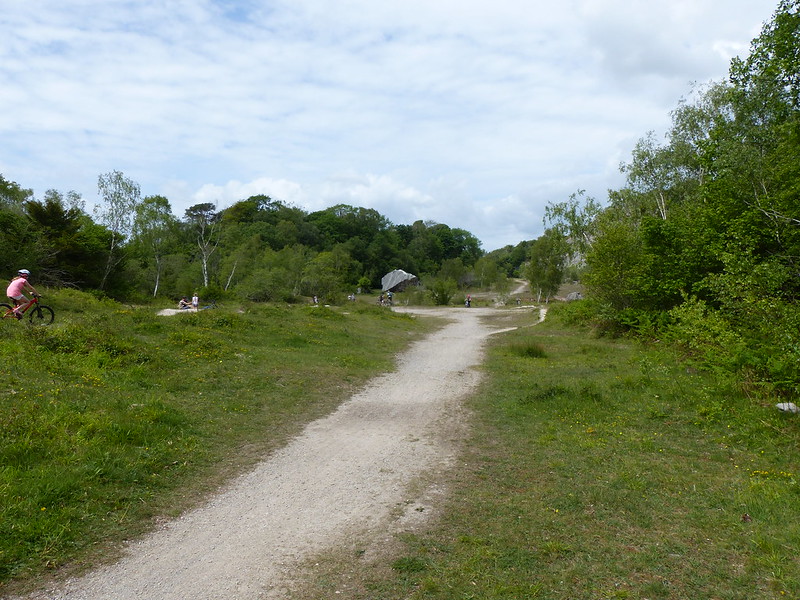 B had warned me that Trowbarrow would be busy. He wasn’t wrong. The photo doesn’t really show the extent of it because there are plenty of hidden corners here, and a lot of the visitors were climbers on so out of sight on the quarry-face above. There were lots of picnickers, families on bikes and the afore-mentioned climbers. All seemed to be managing to enjoy the sunshine whilst maintaining sensible distancing. Still, it was a bit of a surprise after it had been pretty quiet for so long. 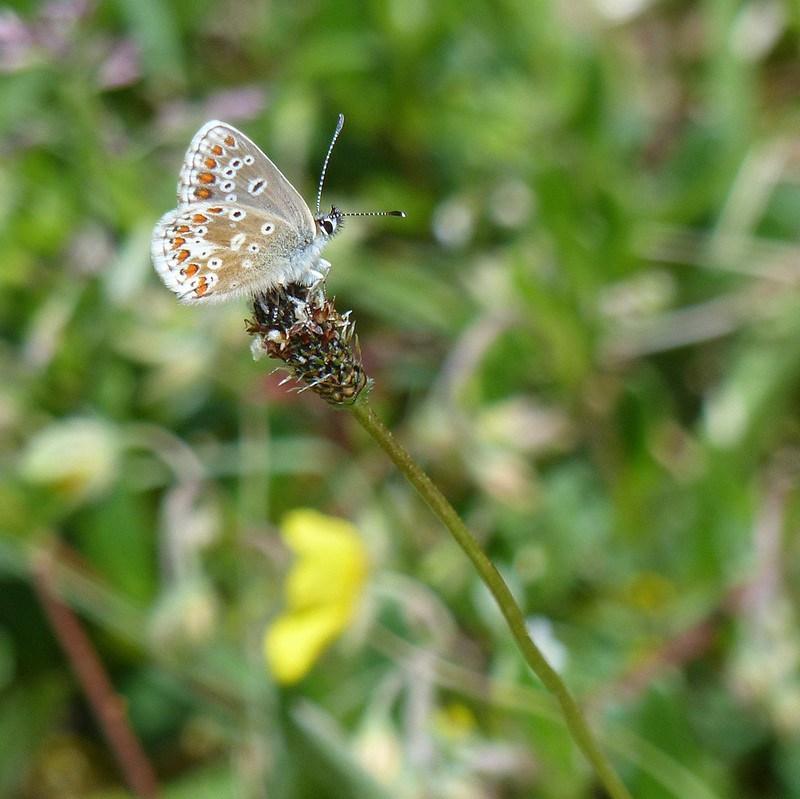 Female Common Blue butterflies and Northern Brown Argus are very similar to each other. Both should have orange spots around the edge of their wings, which were lacking in this case… 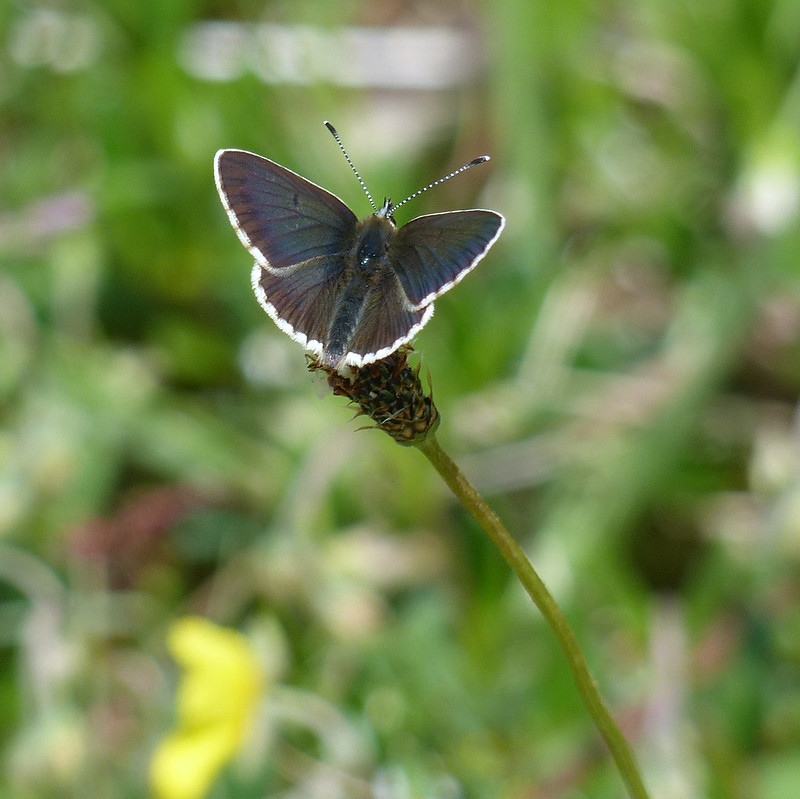 After consulting this excellent guide, I had decided that this was a Northern Brown Argus, because the long thin body suggests that this is a male and also because of a missing ocellus on the underside of the upperwing. But then I saw a photo of an almost identical butterfly labelled, by someone who I think knows better than I do, as a female Common Blue. So…..I’m not sure! 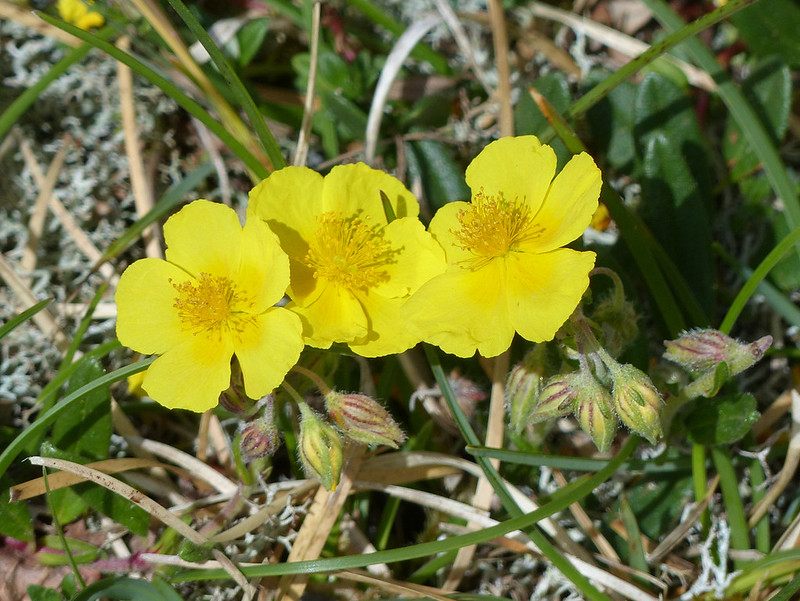 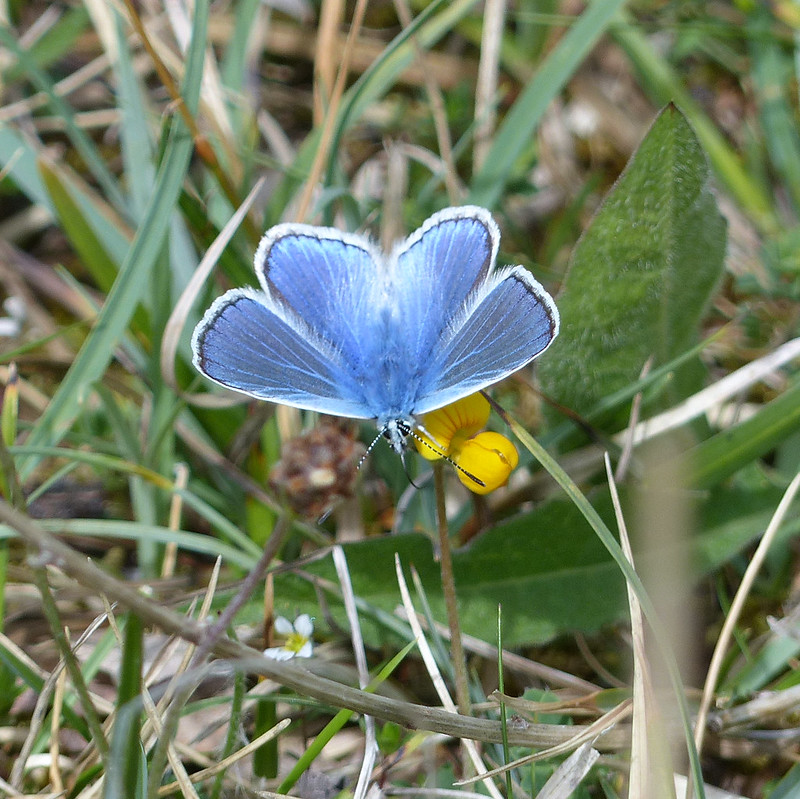 Male Common Blue – no such confusion. 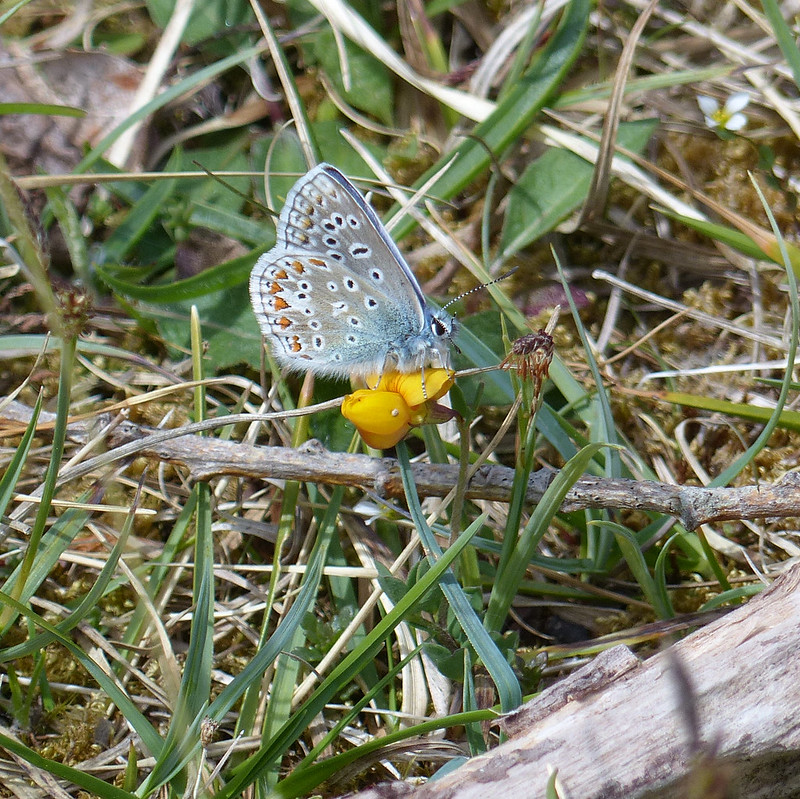 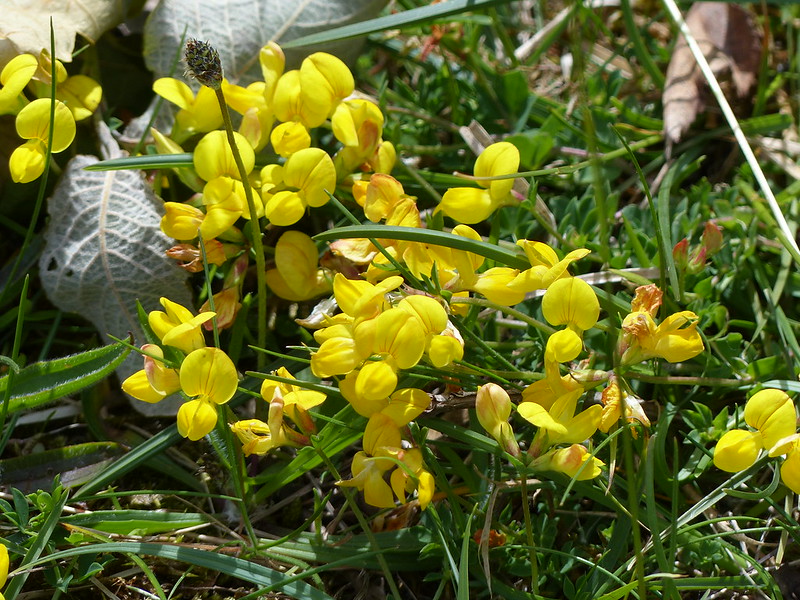 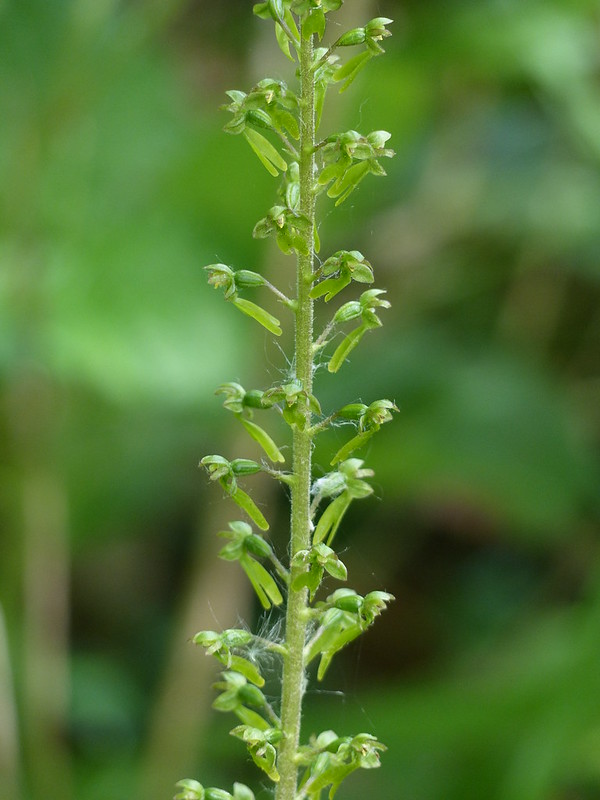 If I didn’t find any Fly Orchids, I did at least come across  some Common Twayblade, growing very tall and apparently defying the dry conditions. 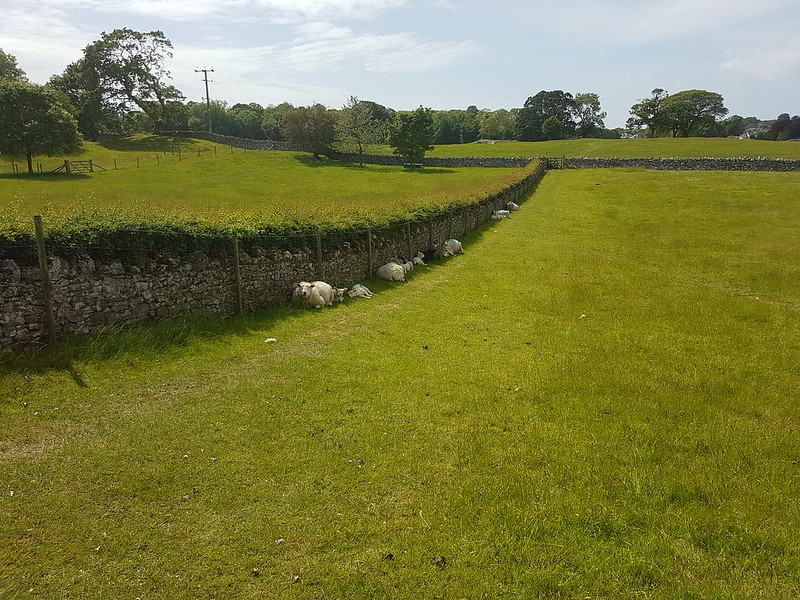 It was a hot day and the sheep had the right idea. 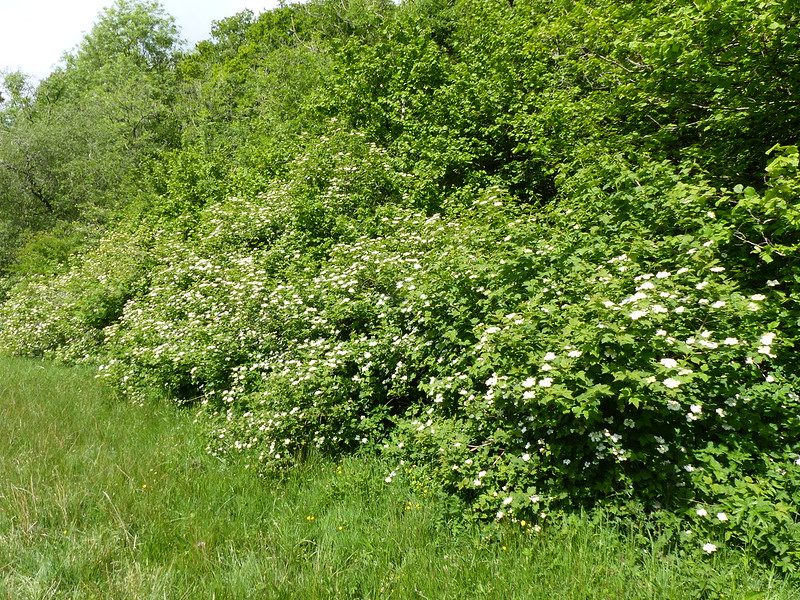 Guelder Rose in the hedge on Lambert’s Meadow. 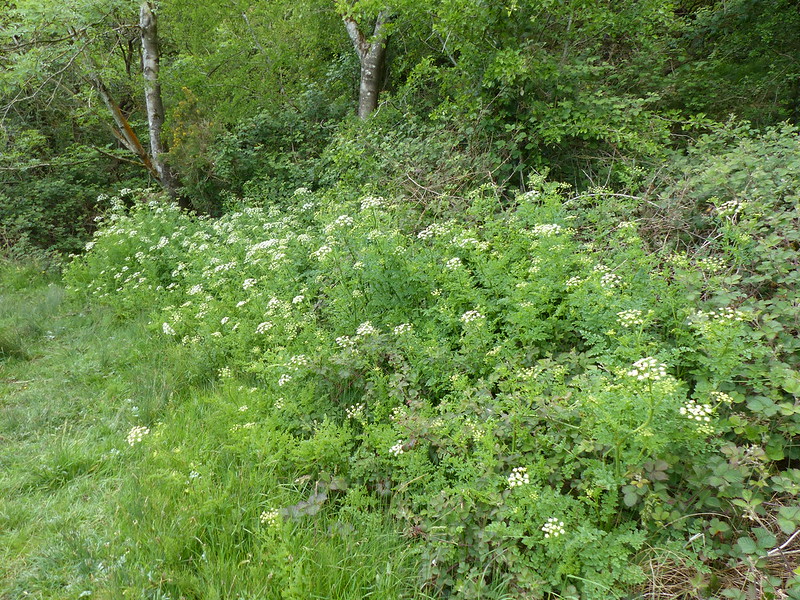 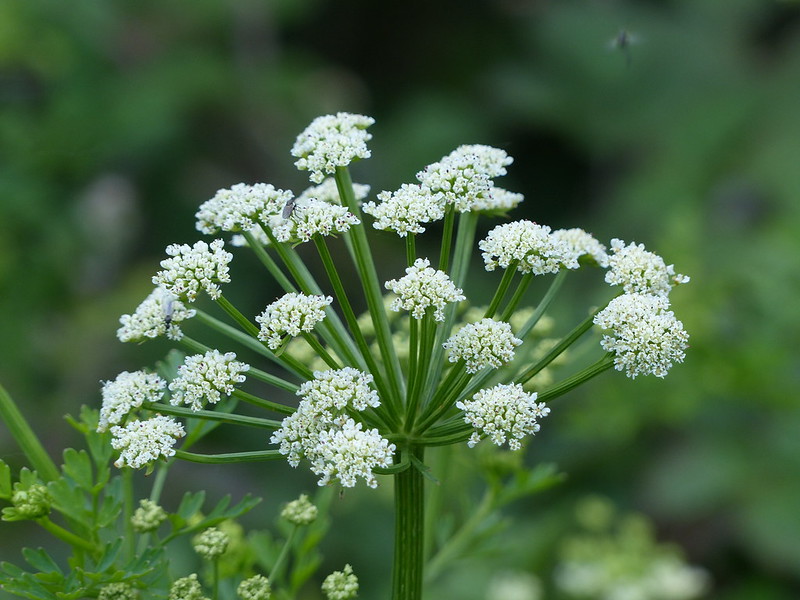 I think this is the plant from which both celery and celeriac were cultivated, but is not one for the forager since it is toxic. The same is true, apparently, of wild almonds. I’m always intrigued by how our ancestors could have managed to domesticate poisonous plants. Why would you even try, from such unpromising beginnings? 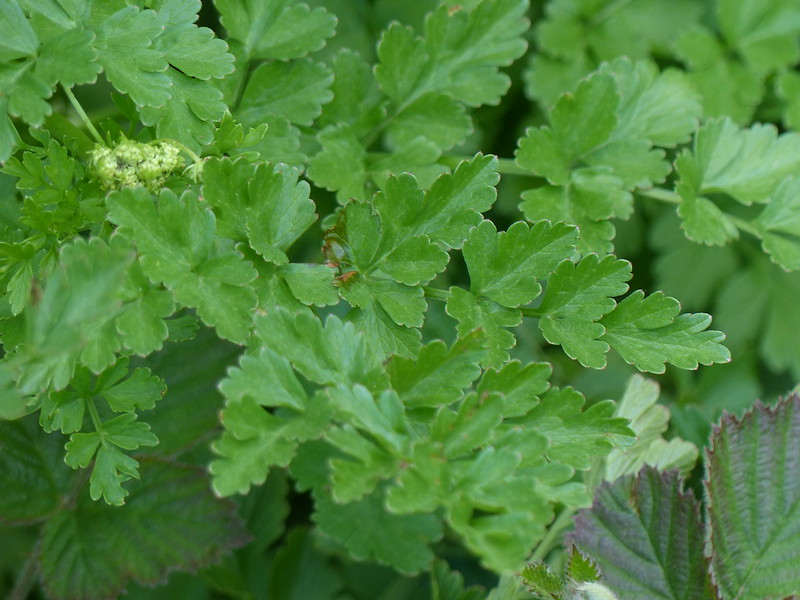 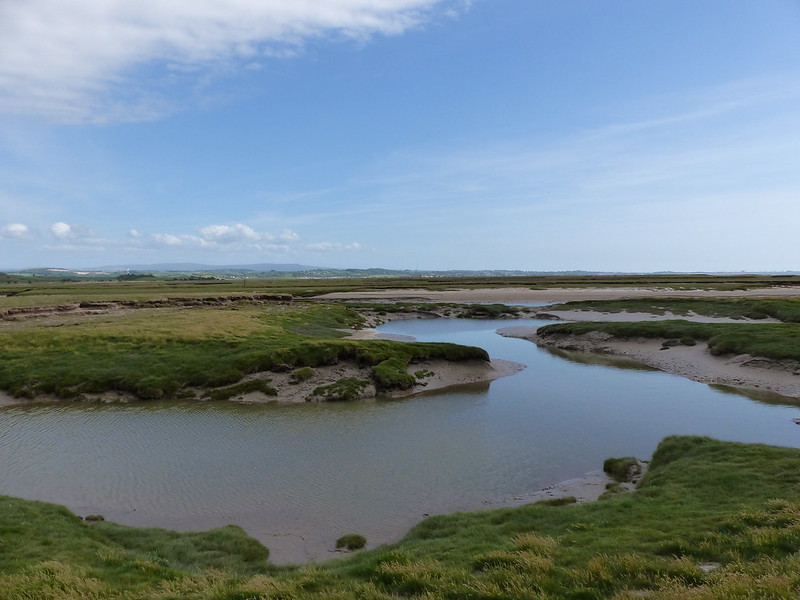 For no better reason than that I’ve been listening to reggae all day whilst working, three favourites of the genre…

‘Funky Kingston’ by Toots and the Maytals.

‘This Train’ by Bunny Wailer.