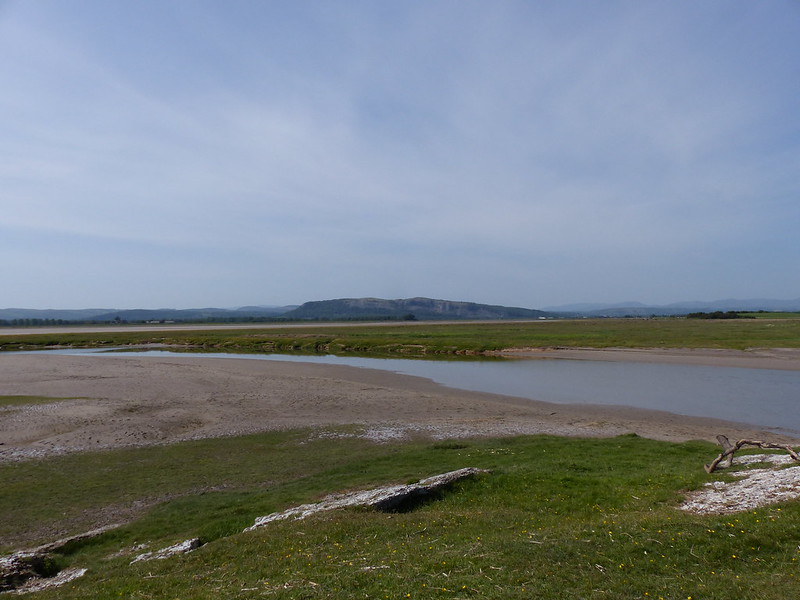 The River Bela and Whitbarrow Scar.

After our swim, A had to get home, I forget why now, but I was in no hurry, so asked TBH to drop me off in Milnthorpe, so that I could walk back. I followed the River Bela through Dallam Deer Park and out towards it’s confluence with the Kent. The path then picks up the embankment of the old Arnside branch line, rejoining the road near the ‘orchid triangle’ at Sandside, a small section of roadside verge renowned for the orchids which appear there, not that I could find any on this occasion. 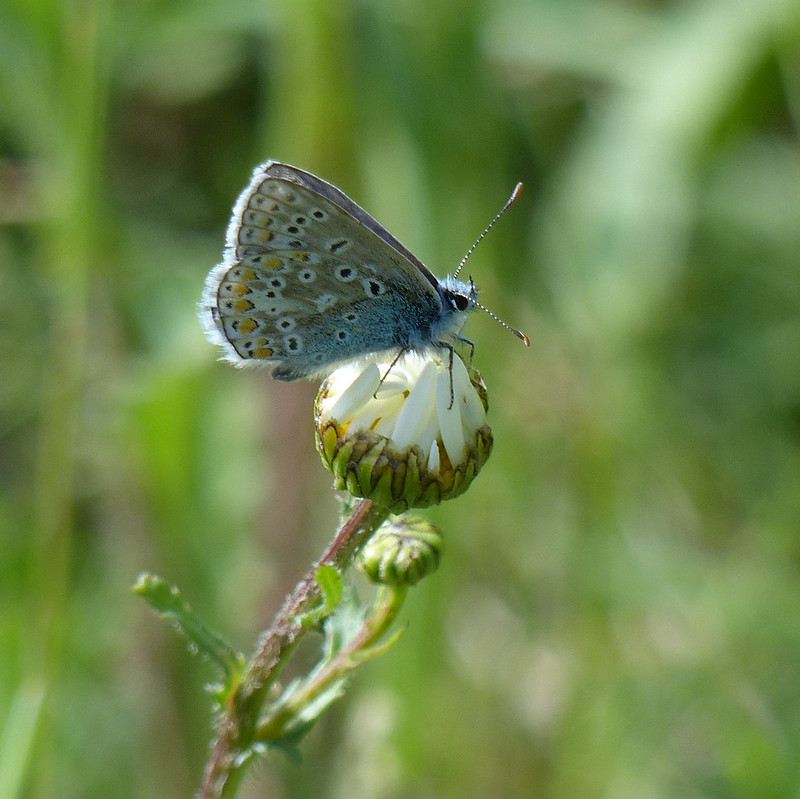 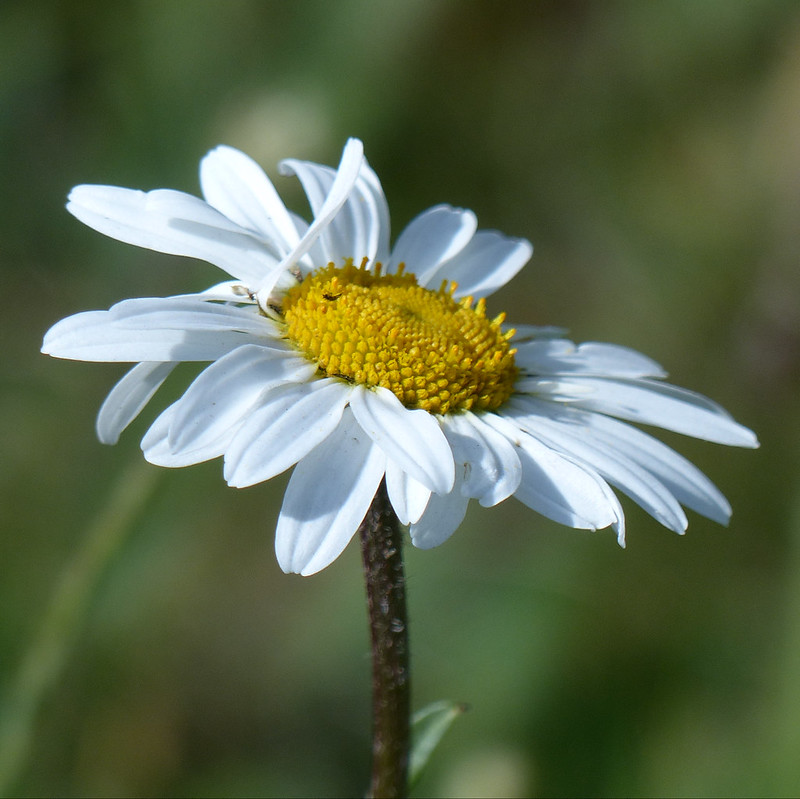 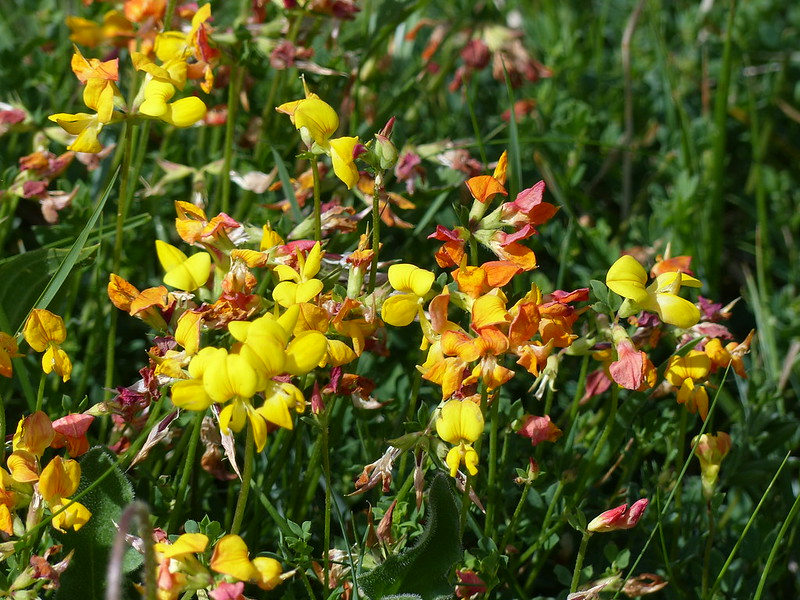 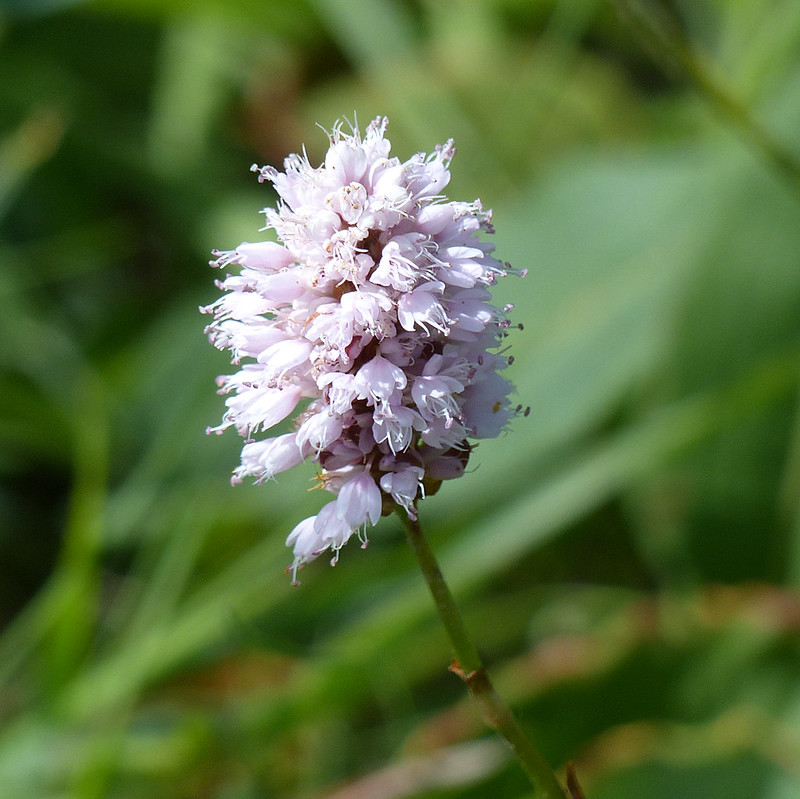 When I photographed this flower, I didn’t photograph the leaves; I suspect that I was confident that I knew what I was looking at and, probably, that this was Common Bistort. However, the rounded flower looks more like Amphibious Bistort, a curious plant in that it has two different forms – one adapted to grow on land and the other which grows in water. 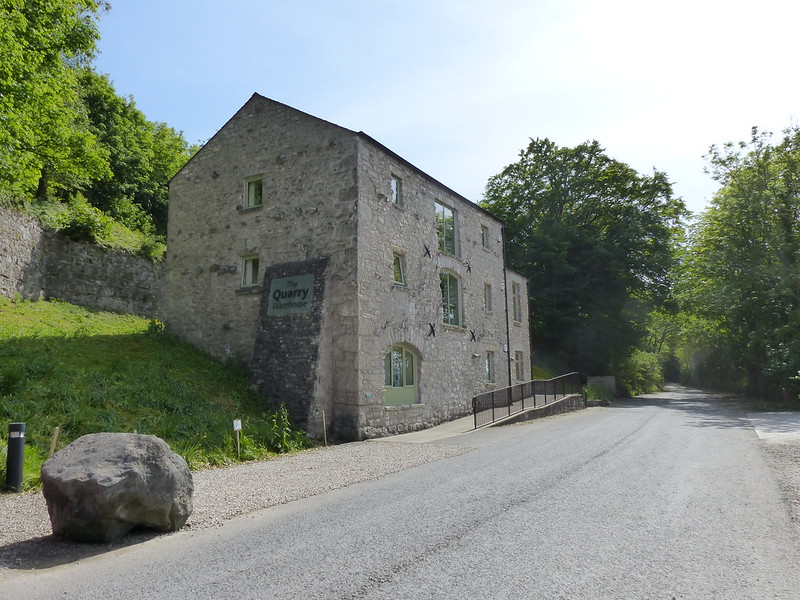 After a lengthy period of dereliction, the Quarry Warehouse was restored as offices several years ago. It stands next to an enormous double limekiln and I wondered whether its presence here was due to the Furness railway line which came right past, but apparently it substantially predates the railway line…

The earliest reference to the warehouse is in a document from 1778 in the form of a lease for 99 years from Daniel Wilson to John Wakefield of Kendal, a shearmandyer. The document is for the lease of a warehouse at Sandside for ‘£5 15s and 10d yearly’. John Wakefield was listed in Bailey’s Northern Directory (1781) as a merchant and manufacturer, and again in 1790 ‘Wakefield, John and Sons’ were still listed as merchants in Milnthorpe.

It’s amazing what a little lazy internet research can throw up isn’t it? I was intrigued by the word ‘shearmandyer’: another search led to lots of references to former residents of Kendal, so perhaps it was a very local term. I presume it refers to someone involved in the wool trade. John Wakefield has a short wikipedia entry. He was quite the entrepreneur: he owned a cotton mill in Burneside, a brewery in Kendal, set-up a bank, invested in a turnpike and owned five ships trading between Liverpool and the West Indies, taking Kendal cotton out and returning with sugar. Strange to think that the cotton was almost returning to where it had presumably come from. He also ran the Gatebeck Gunpowder Mill near Endmoor, for which he was censured at a meeting of his fellow Kendal Quakers.

Milnthorpe itself was once a port, which seems very unlikely now, but the building of the railway viaduct significantly changed the estuary. The Quarry Warehouse apparently once had its own wharf.

Anyway, back to my walk, I’d come this way to try to find a path around the western edge of Sandside Quarry, which Conrad had written about. This is it… 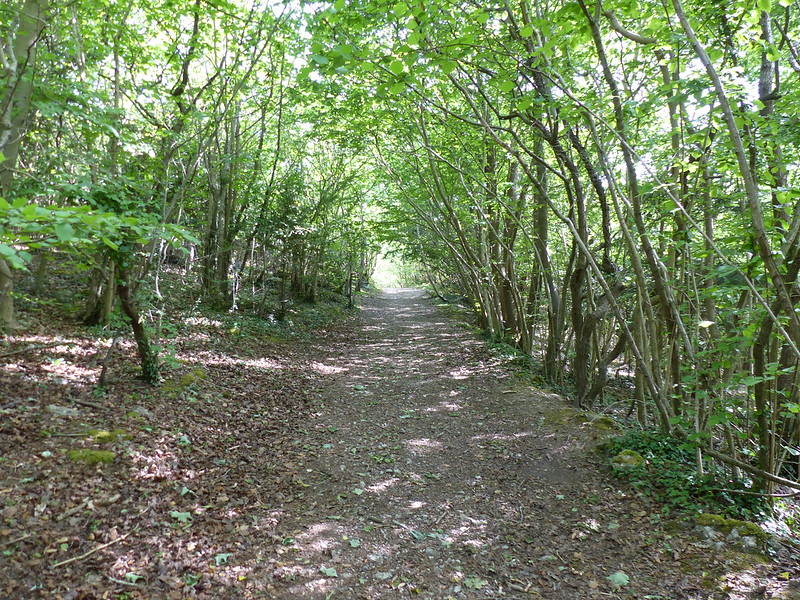 I was very pleased to find a route close to home which I’d never walked before. 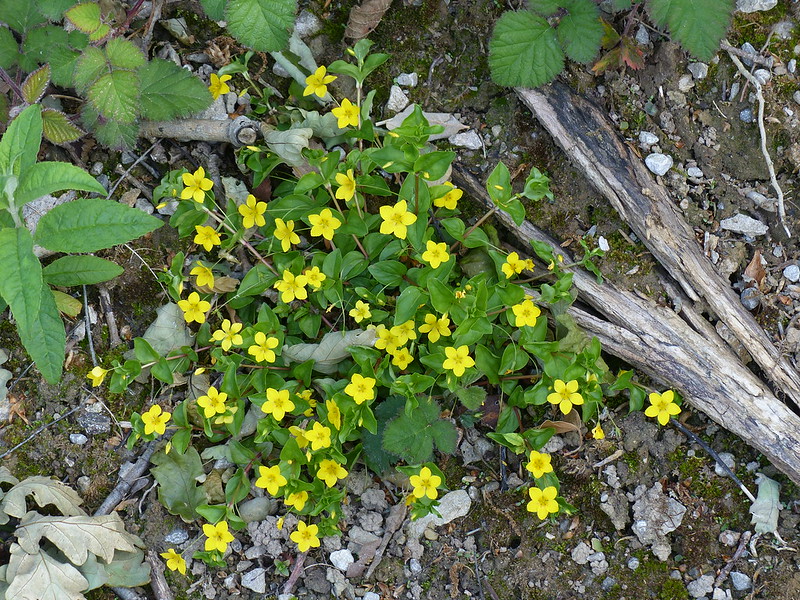 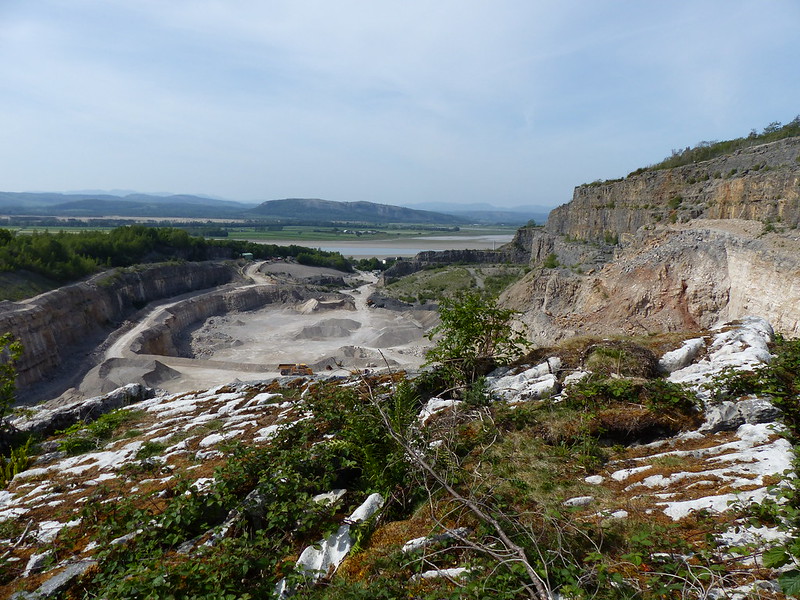 Sandside Quarry. Still a working quarry, unlike the many others in the area. 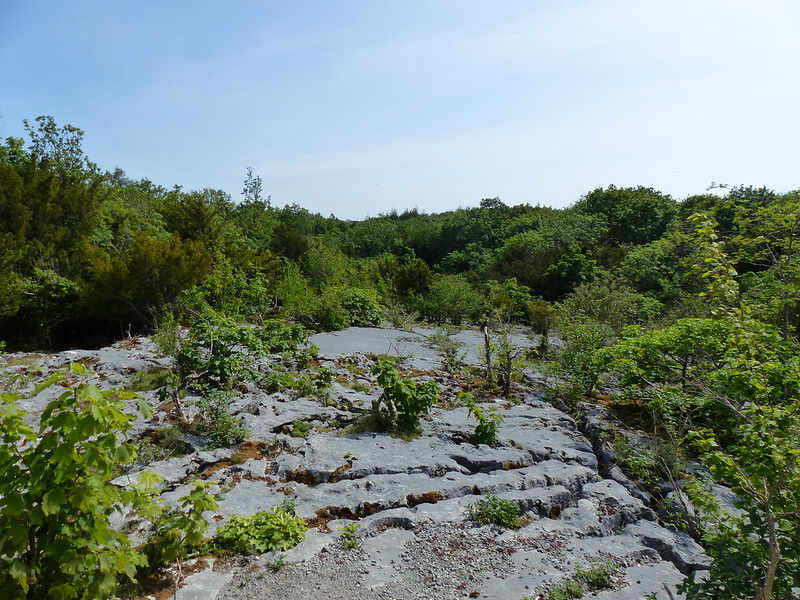 I had intended to go to the top of Haverbrack to enjoy the splendid view of the estuary from there, but it now occurred to me that I still had quiet a way to go and that it was hot and I didn’t have a drink with me, again, so I decided to head fairly directly home via Beetham Fell and its Fairy Steps… 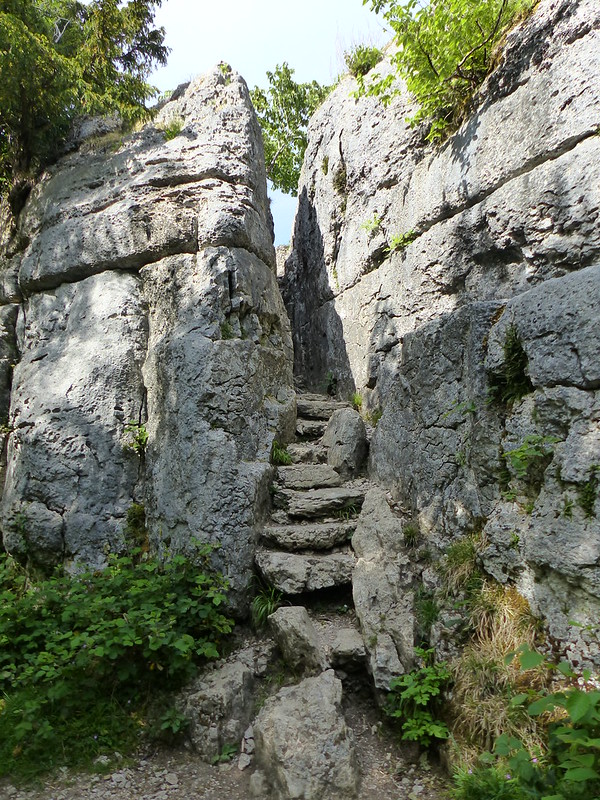 …down to Hazelslack Farm and then along the side of Silverdale Moss to Hawes Water and home from there. 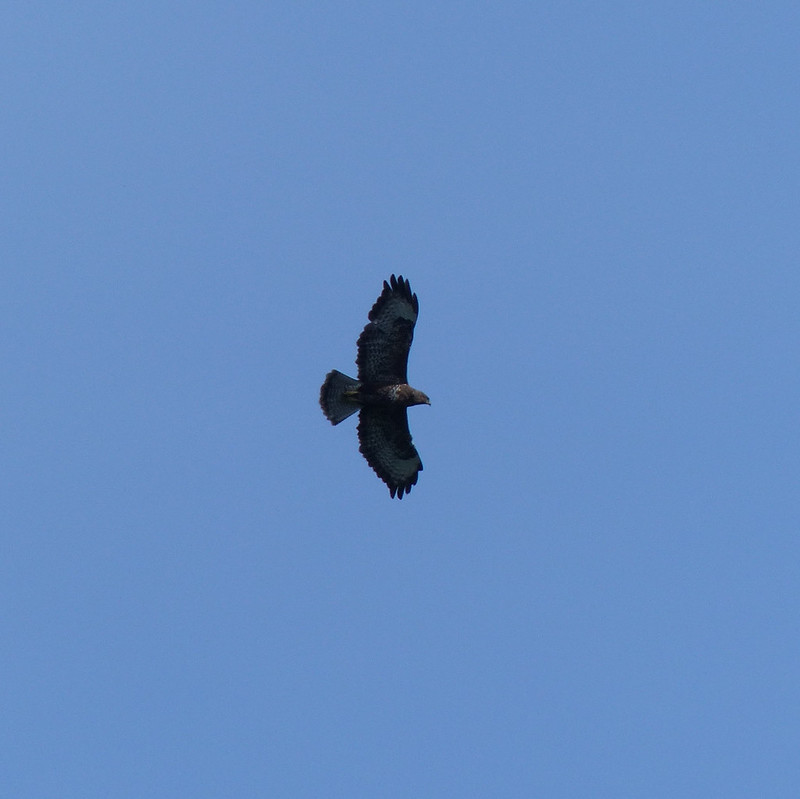 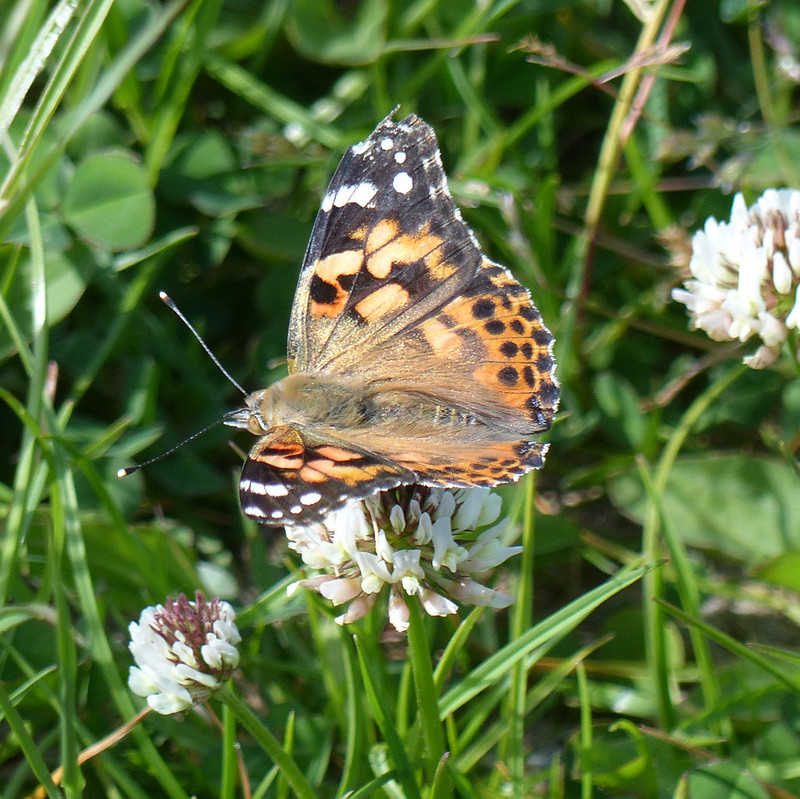 Painted Lady – I haven’t seen many this year so far, after a bumper summer last year. 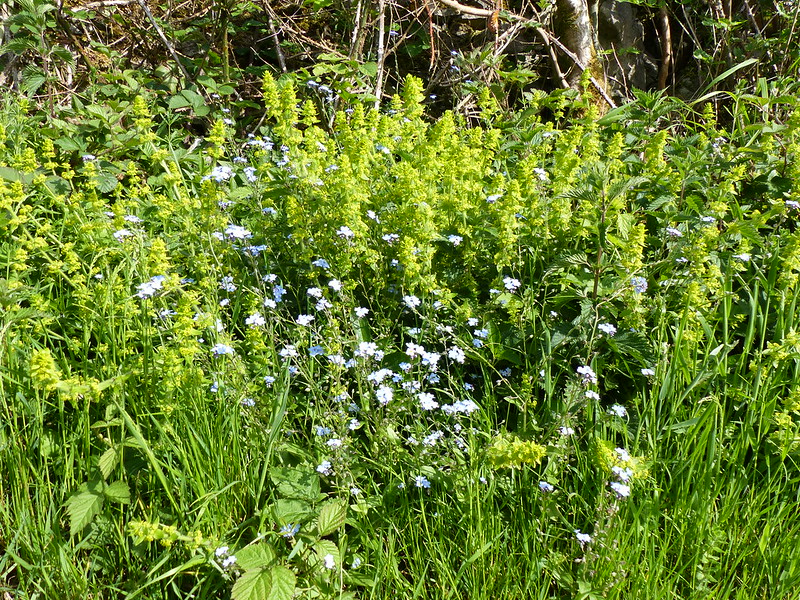 On the verge of the lane from Hazelslack Farm I enjoyed this mixture of Crosswort and Forget-me-nots. I was confused by the white flowers in amongst the blue until I realised that they too were Forget-me-nots which had faded in the sun. 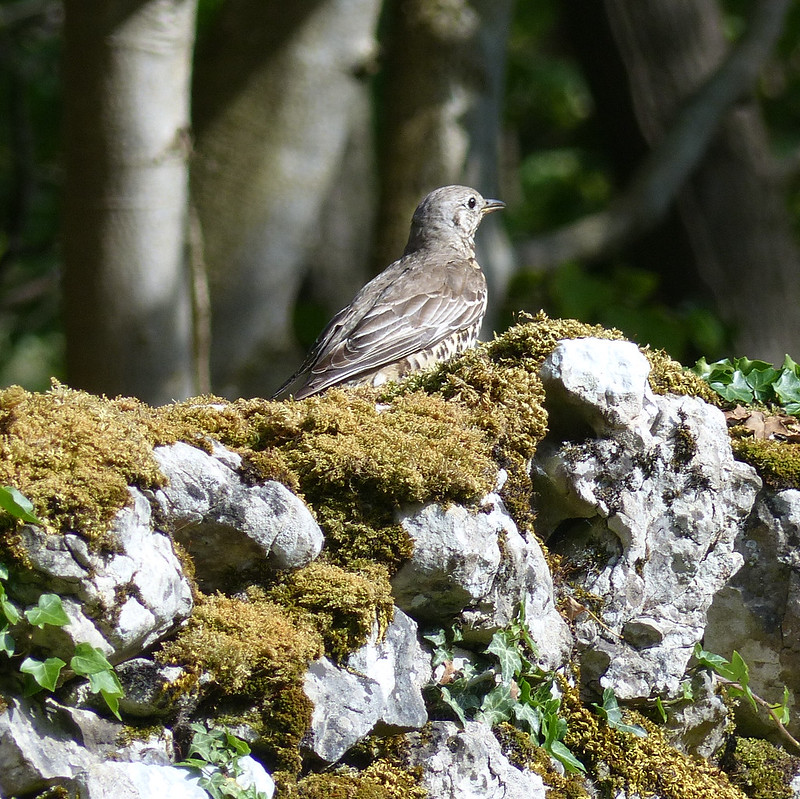 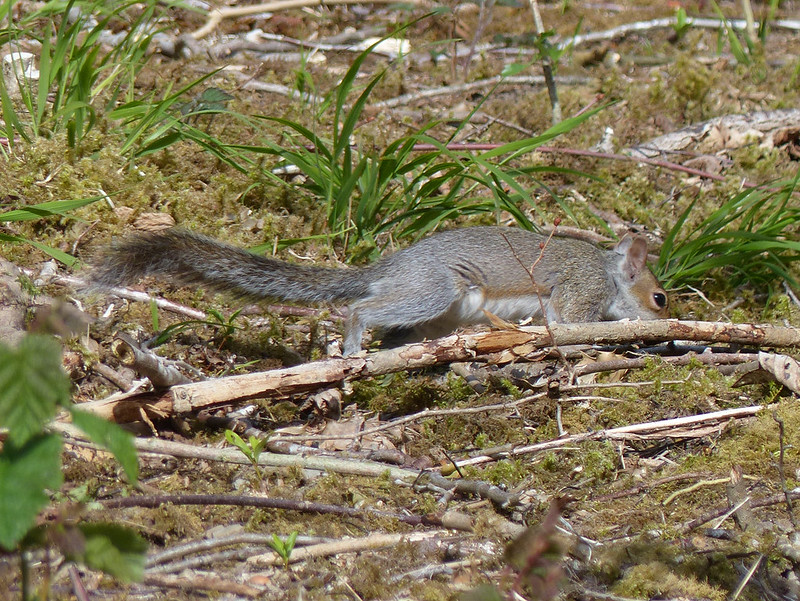 Squirrel in the woods near Hawes Water.

8 thoughts on “Home from Milnthorpe”