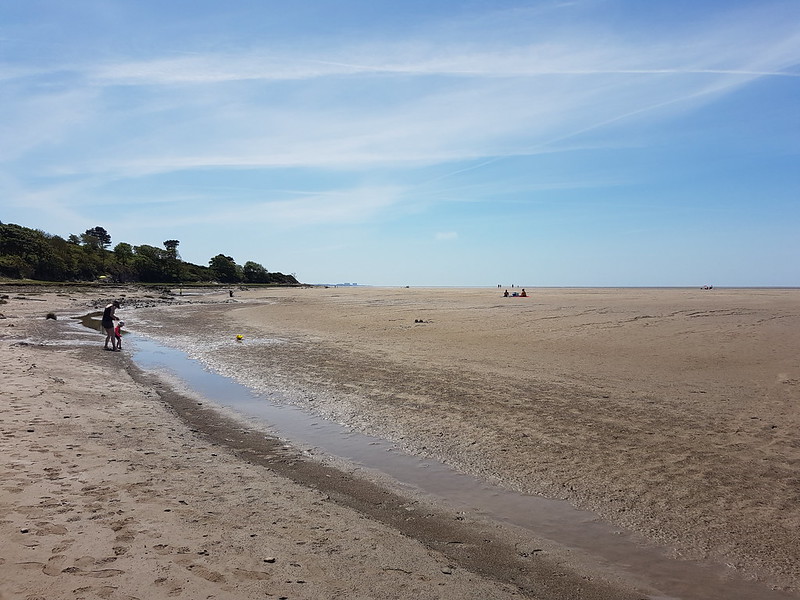 Since Whit week, whenever the sun has shone, we’ve witnessed the strange phenomena of people sun-bathing on the sands. I know I’m an advocate of our bay, but it isn’t a beach in a conventional sense, since it is more mud than sand. It was actually much busier than this photo suggests, but one thing the bay has going for it is that there is lots of room to spread out. We have also seen people way out, paddling in the sea, much further out than I would ever venture without a guide. Don’t they remember the horrific accident with the cockle-pickers?

My wander down to the beach was a precursor to another trip to gait Barrows. 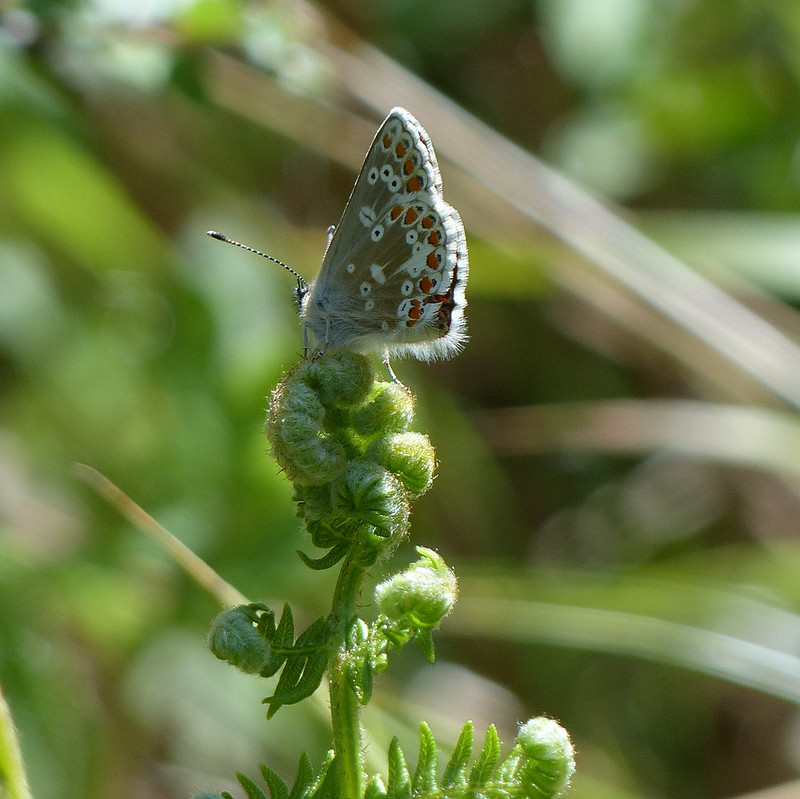 I sat on the path and took no end of photos of this tiny butterfly. I suspect that it’s a Northern Brown Argus, but I couldn’t swear to it. 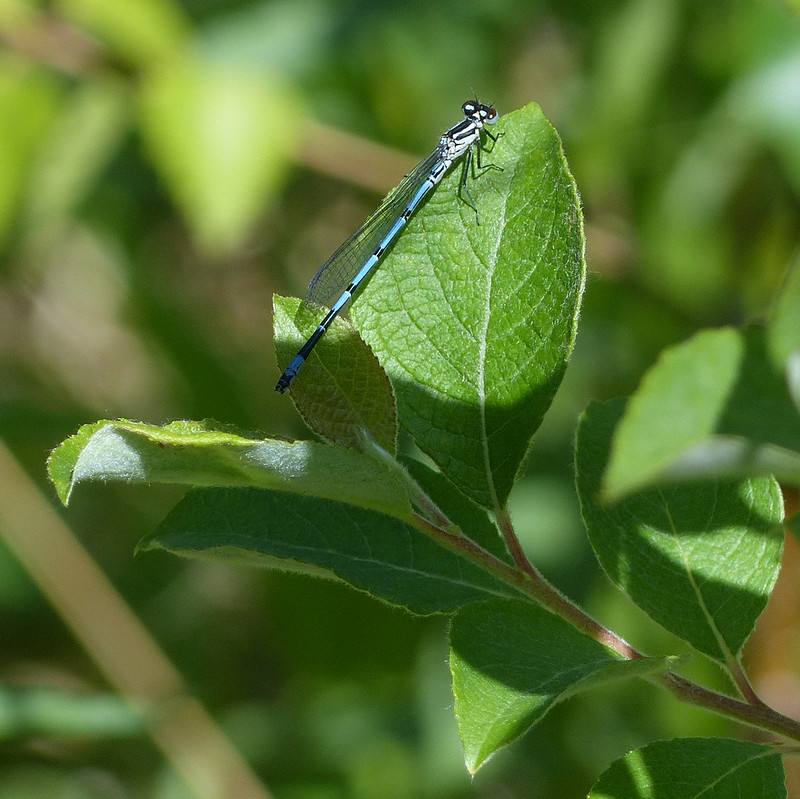 Equally, I think that this is an Azure Damselfly, but wouldn’t put up a fight if you contradicted me. 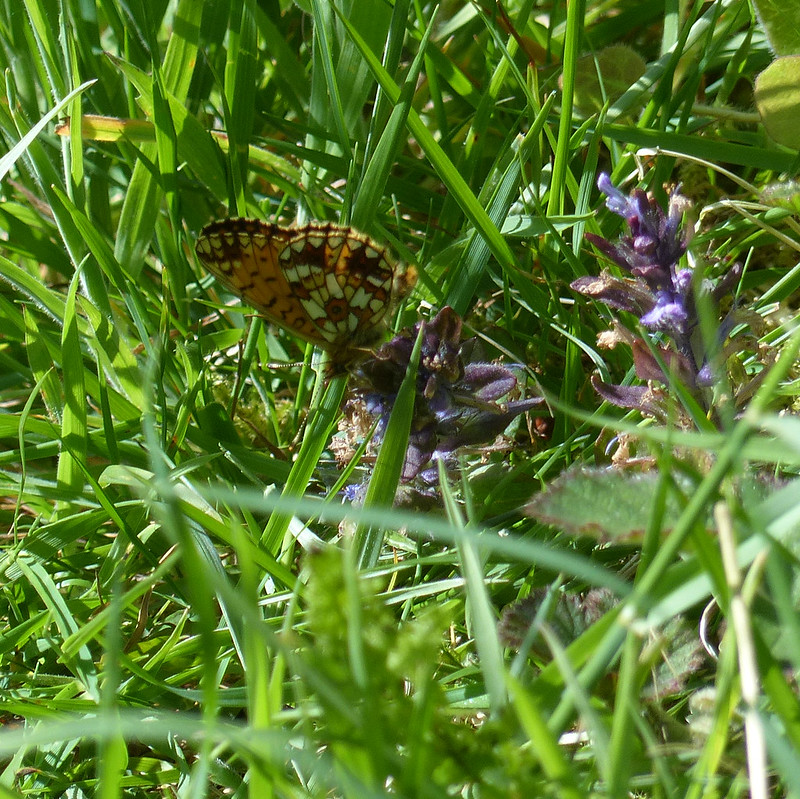 This, however, is a Small Pearl-bordered Fritillary. I think I’ve seen more of them this year than in previous years put together, although that’s not saying  a great deal, since my previous sightings have been few and far between. 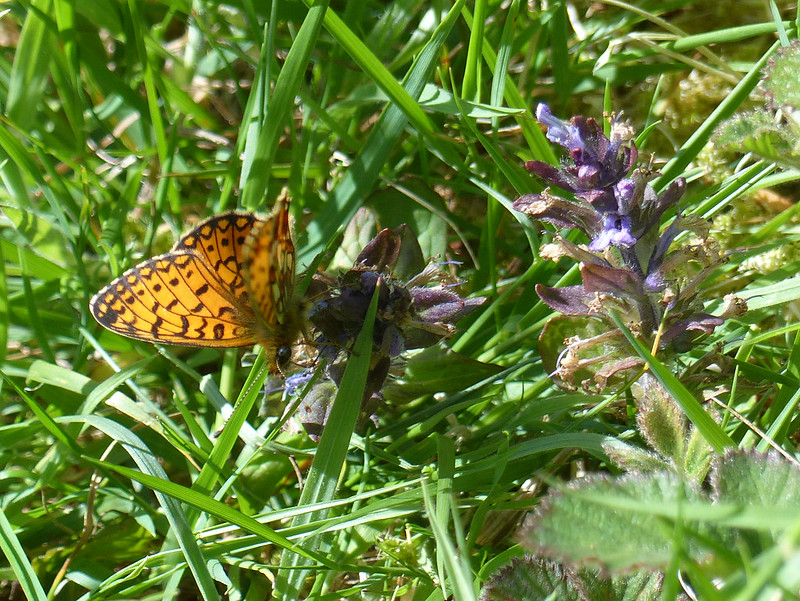 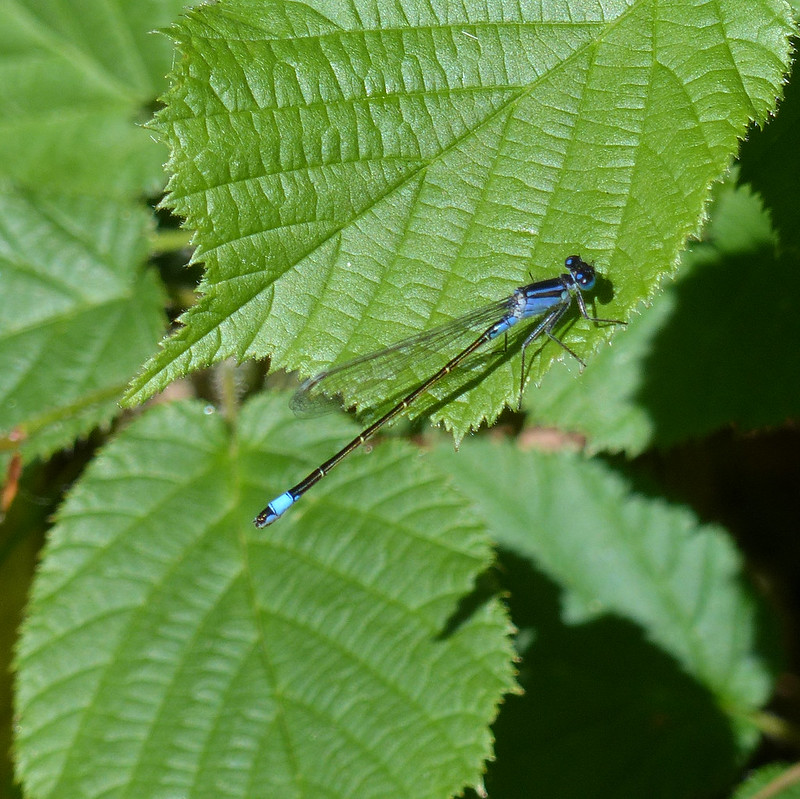 9 thoughts on “Off-comers and Invertebrates”