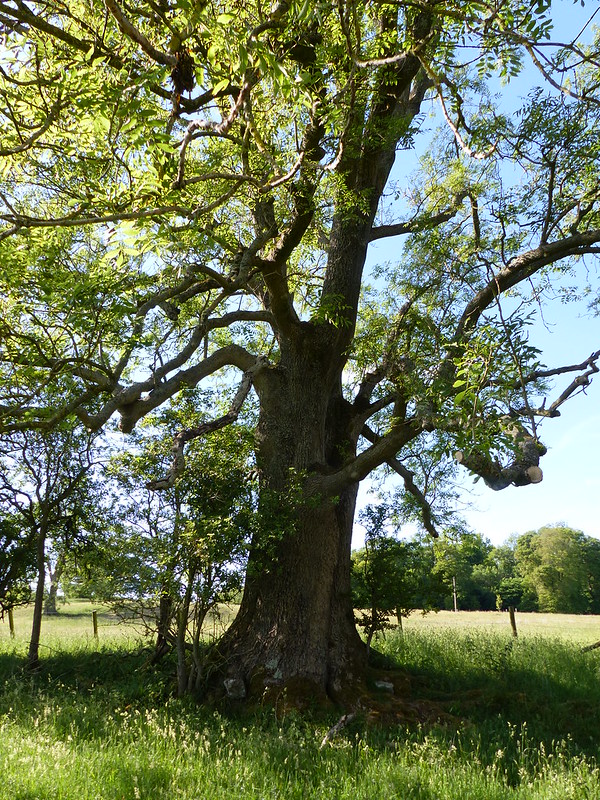 One route into Gait Barrows National Nature Reserve leaves Red Bridge Lane, crosses a small field and then the railway line and then you are into another field, but this one s part of the reserve. Cross that field and you come to a gate in a hedge beside which stands this big old Ash tree.

As I approached the tree, I could see, on the trunk, an adult Nuthatch passing food to a fledgling. I wasn’t quick enough to get a photo, but then watched the pair for quite a while, taking lots of, mostly unsatisfactory, pictures. 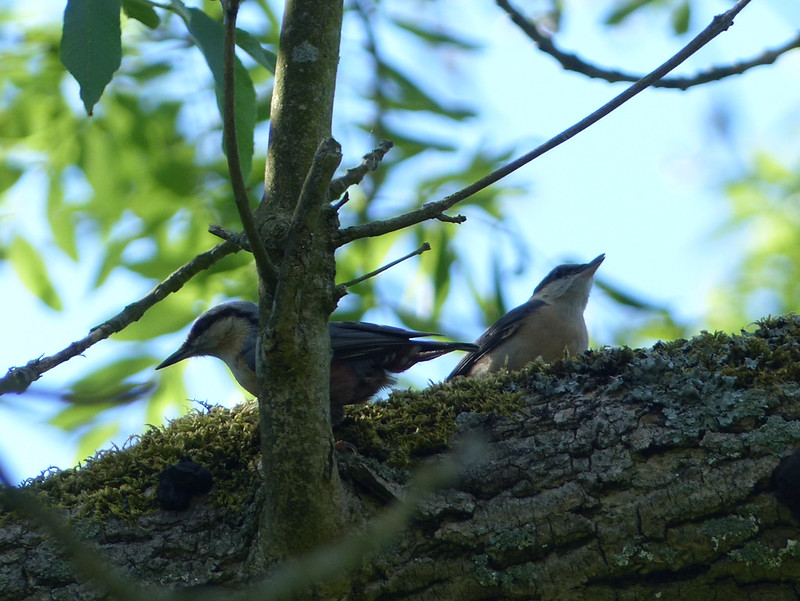 Both birds were on the move, but more so the adult which moved both faster and more widely around the tree. The youngster seemed to be foraging for itself, whilst also emitting high-pitched squeals to encourage the parent to keep it supplied with tasty grubs. Their meetings were so brief that this is the only one I captured, and even then the exchange of food had already happened here. 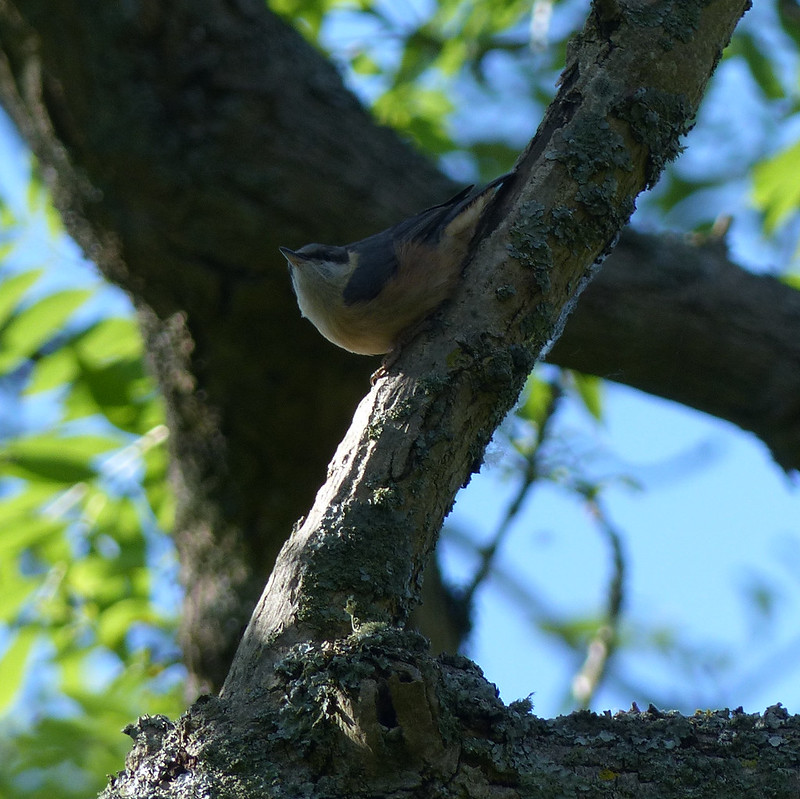 This is the juvenile. I’m sure of that fact, but can’t really put my finger on why I’m so confident. I suppose, like a lot of juveniles, it’s a little smaller and dumpier, its colours slightly duller. I think the eye-stripe is shorter and not quite so bold. Looking for some confirmation in my bird books, I came across a distribution map, from a book published in 1988, which shows Nuthatches as absent from this area and only resident further south. I’m quite surprised by that, because when I moved to this area, just a few years after that publication date, one of the first things that struck me was how often I spotted Nuthatches, a bird which, until then, I had only seen relatively infrequently. I see that the RSPB website has a map which shows that they have subsequently extended their range into southern Scotland.

There was a Starling flitting in and out of the tree too and a Kestrel hovering above the field beyond.

Once I was into the woods near Hawes Water I watched several more Nuthatches. All adult birds I think, but all equally busy and perhaps seeking food for nestlings or fledglings too. I took lots more photos, but in the woods there was even more shade than there had been under the Ash and they’re all slightly blurred. 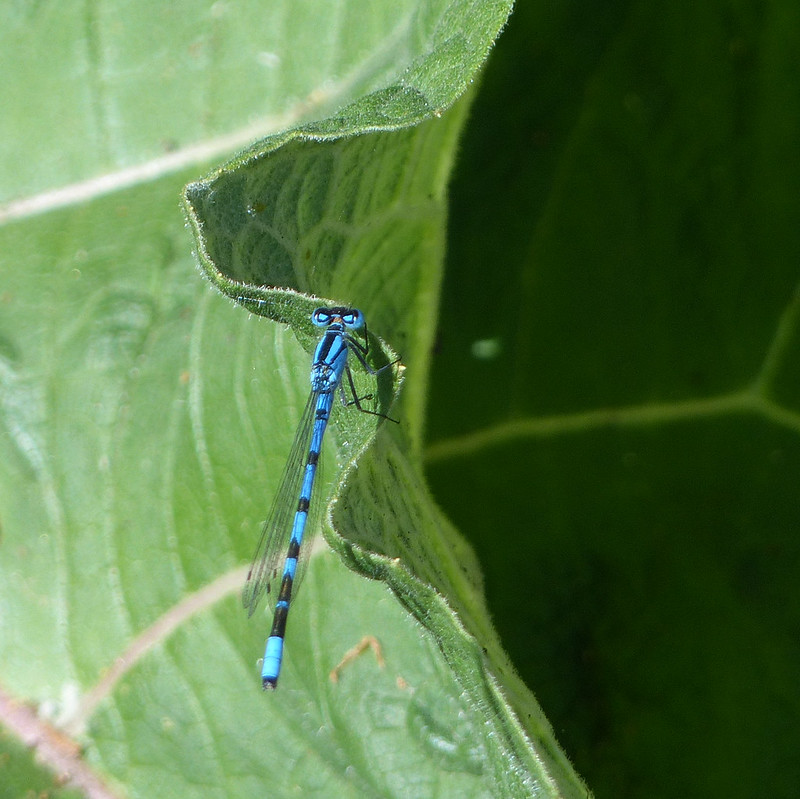 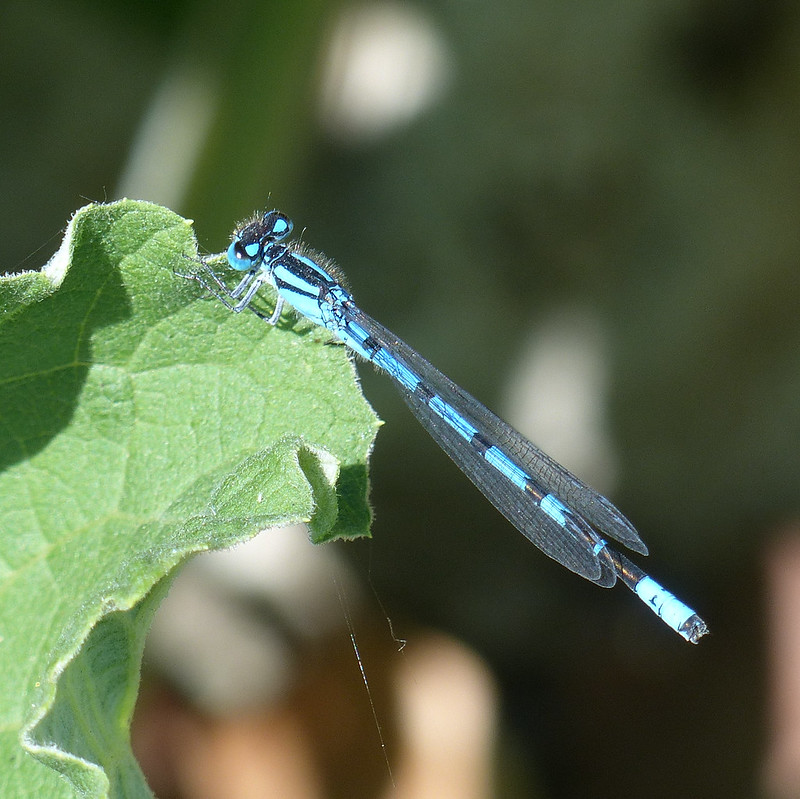 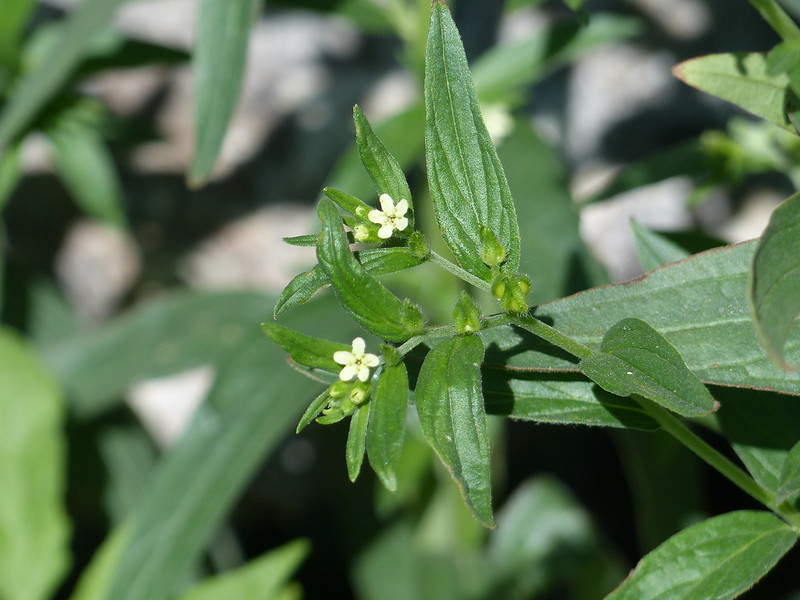 The flowers of Common Gromwell are hardly showy, but they have succeeded in attracting this very dark bee… 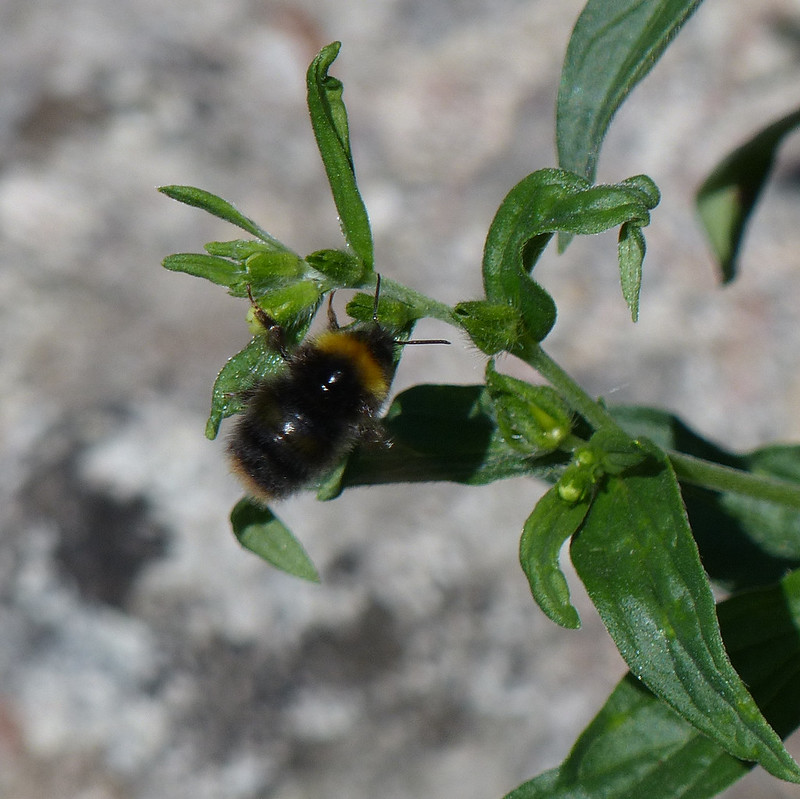 …at least it’s a bee, but it’s colouring doesn’t quite seem to match any Bumblebee, so I’m a bit puzzled. Any ideas? 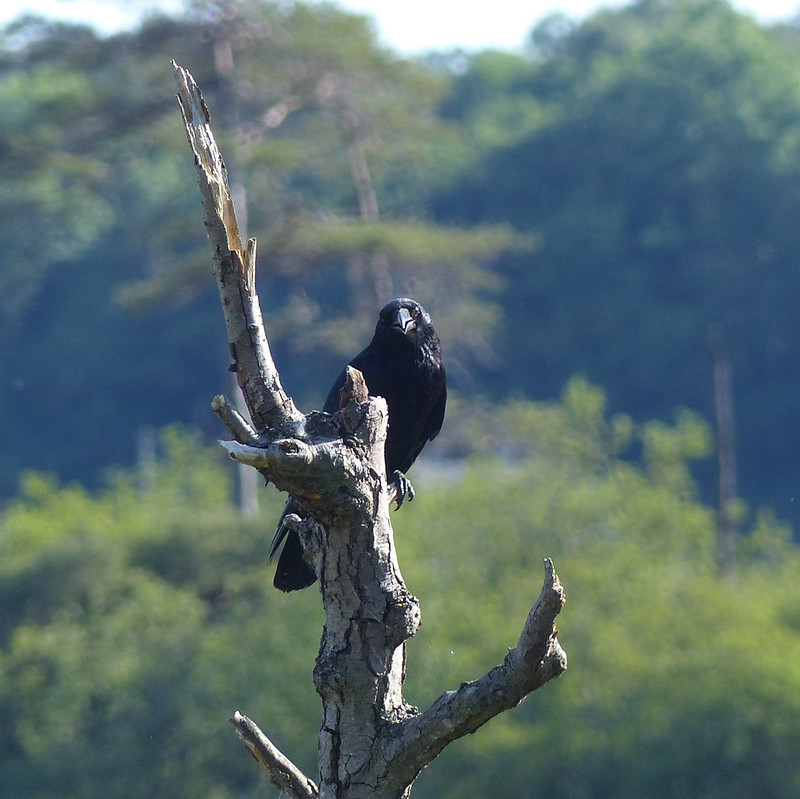 A crow by Hawes Water. 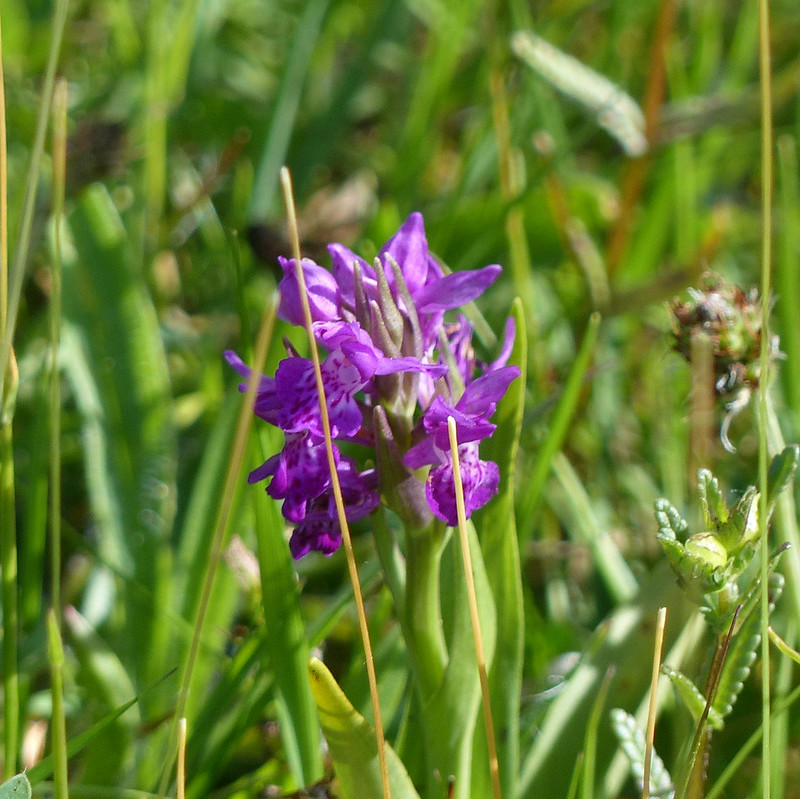 In the meadow beyond Hawes Water I was very pleased to spot a single Northern Marsh-orchid. 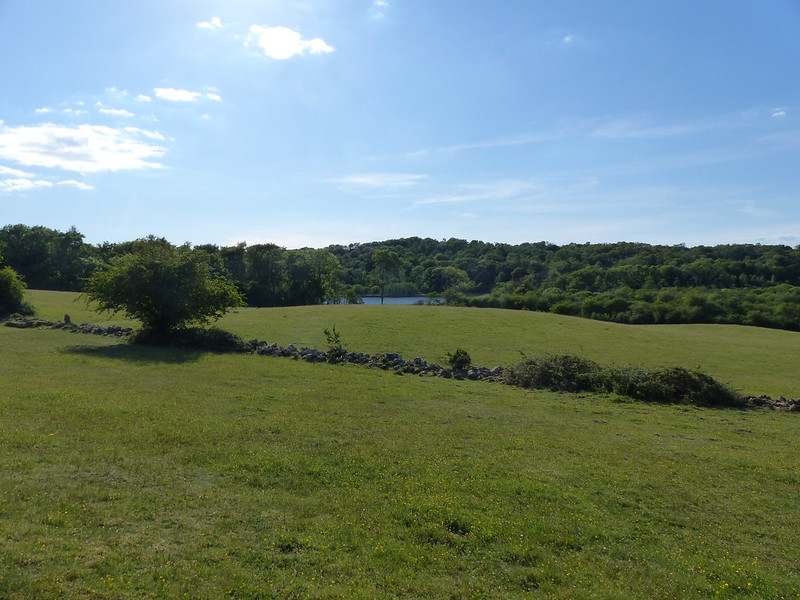 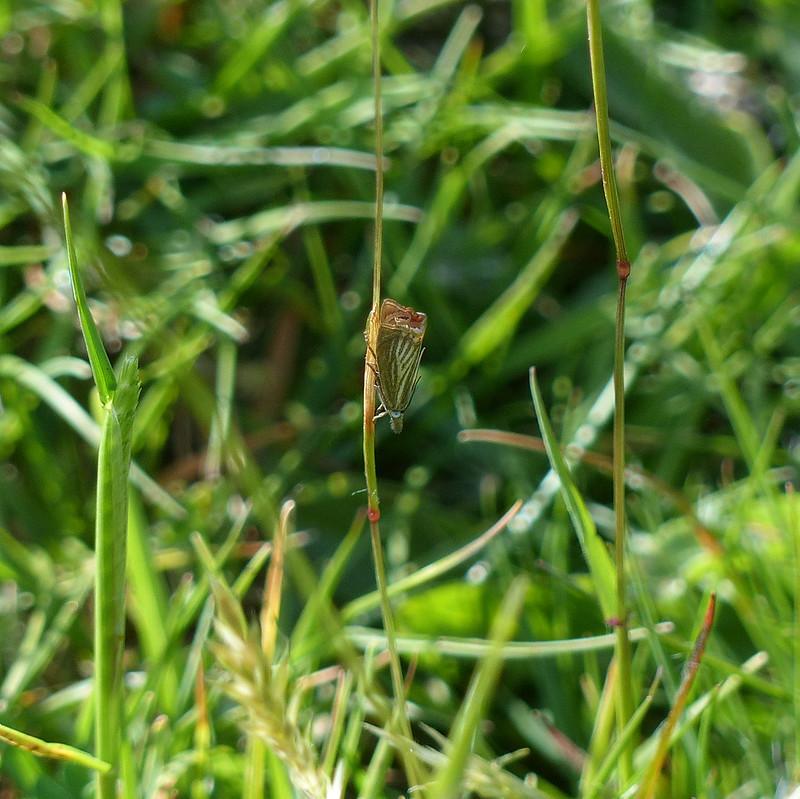 I assume that this is a day-flying moth. There were loads of them in the meadow, obvious in flight, but then apparently disappearing. I realised that they were folding their wings and hugging grass stems and were then very difficult to spot. I have two photos of this specimen and both seem to show that its head is a tiny hairy outside broadcast microphone, which seems a bit unlikely. 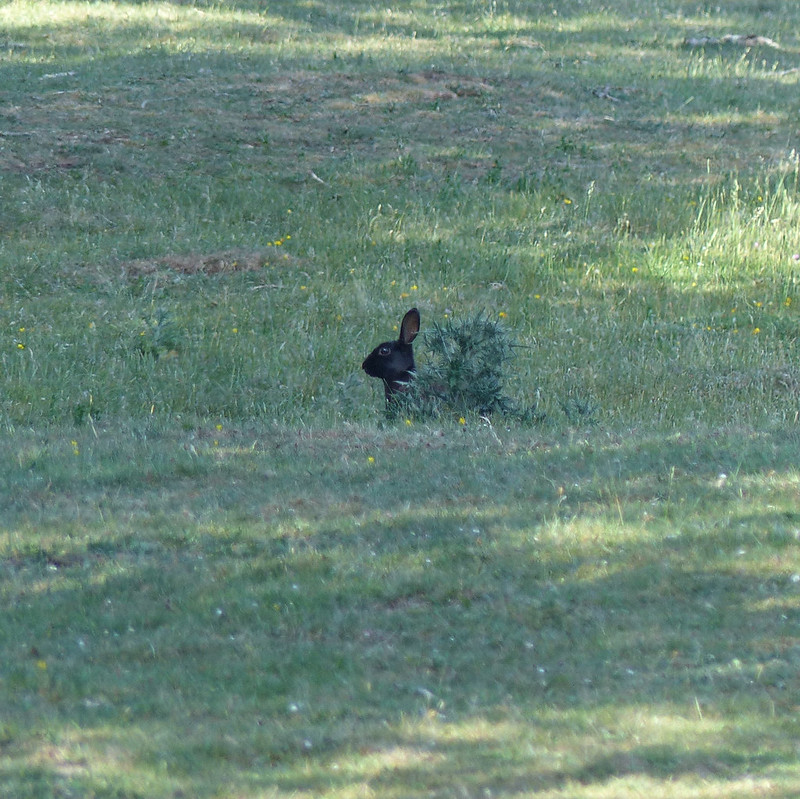 There are huge warrens and large numbers of rabbits at Gait Barrows. Every now and again, you see a black rabbit in amongst the crowds; a genetic remnant of an escaped domestic pet? 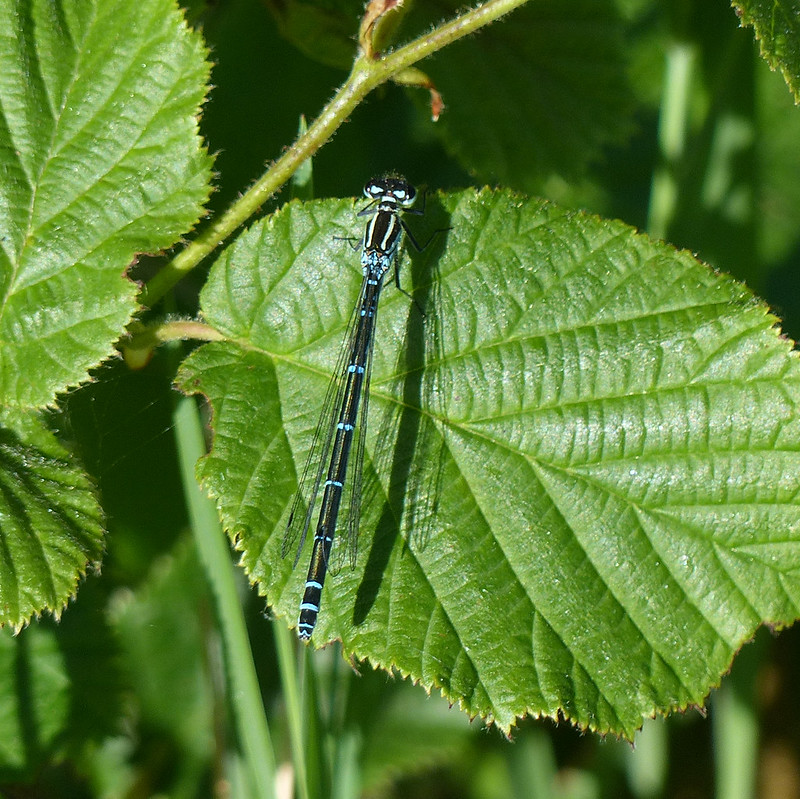 I think that this is a female Northern Damselfly, and am now wondering if the ‘Red-eyed’ damselflies I posted pictures of recently were the same. Maybe. 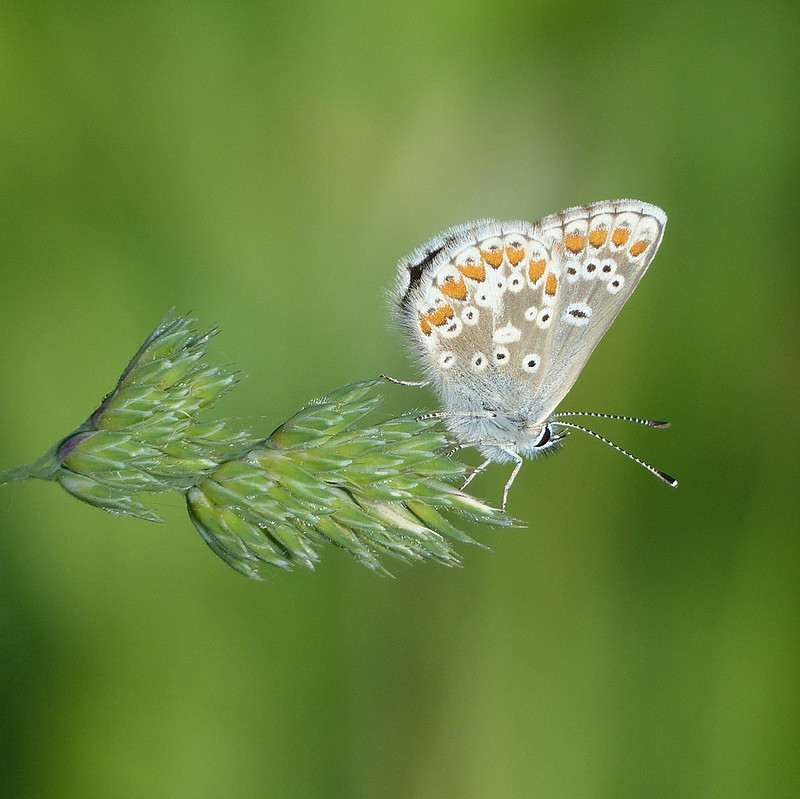 With more certainty, this is a Northern Brown Argus. I’ve pored over this guide, and for once, the ocelli seem to exactly match, making me feel more confident than usual.

Anyway, what ever species it is it looked pretty cool with its wings closed and even better… 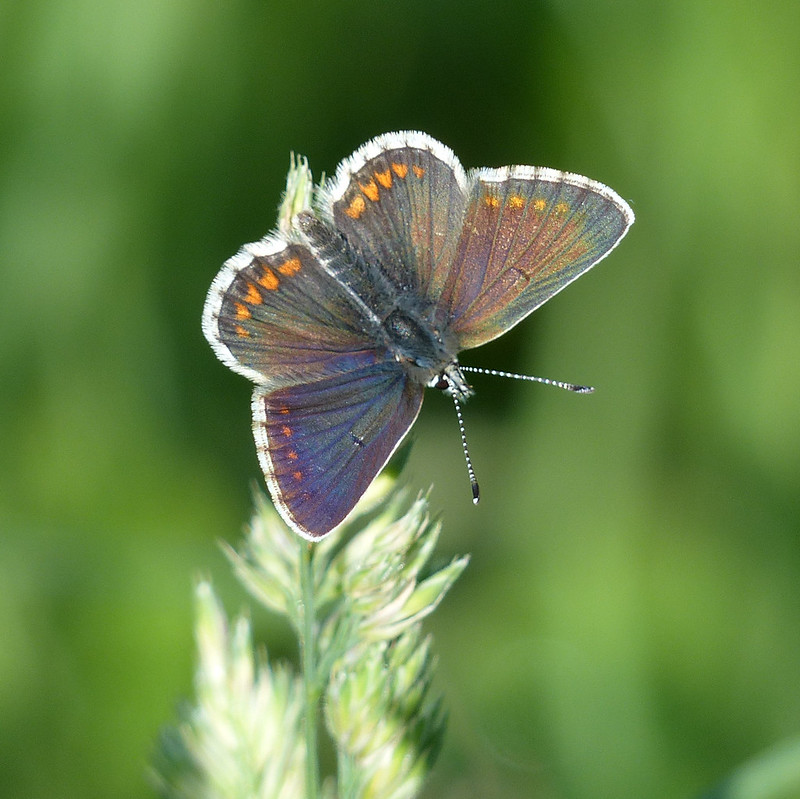 …with them open. In most guides these are brown and orange butterflies; I suspect that the rich variety of colours on display here is due to the deterioration of the scales on the wings, but, truth be told, I don’t really know. 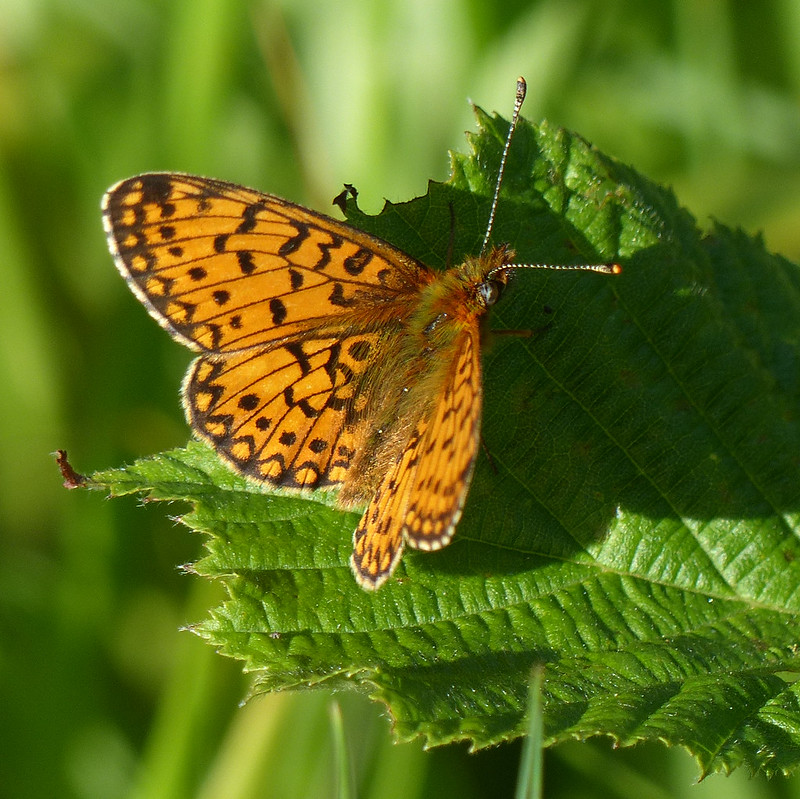 There were several Small Pearl-bordered Fritillaries around. Two in particular kept me entertained for quite some time. 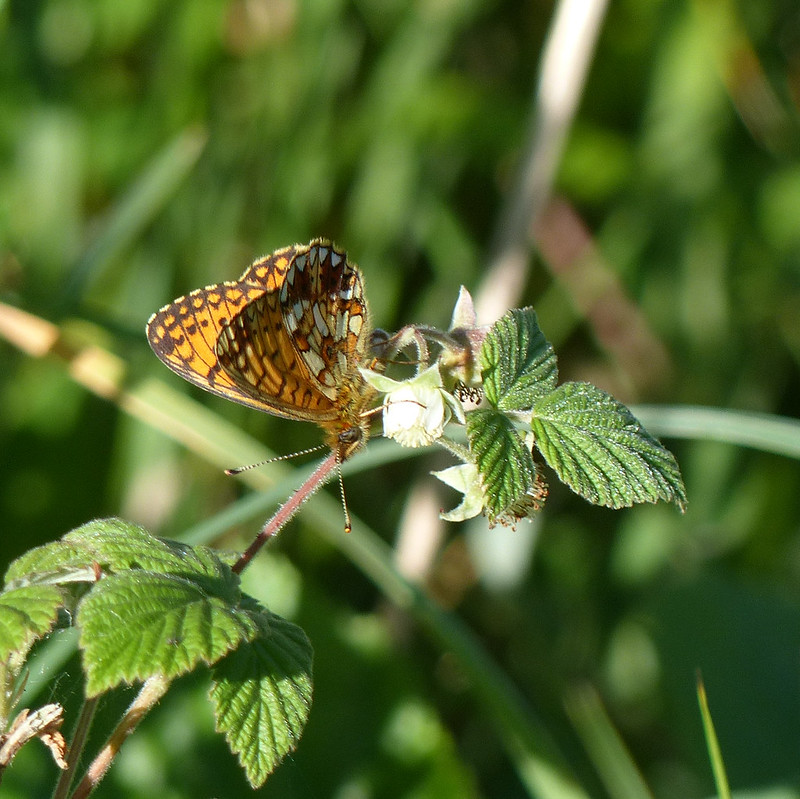 One soon decided to settle down and tried out a few likely looking perches, without moving very far. 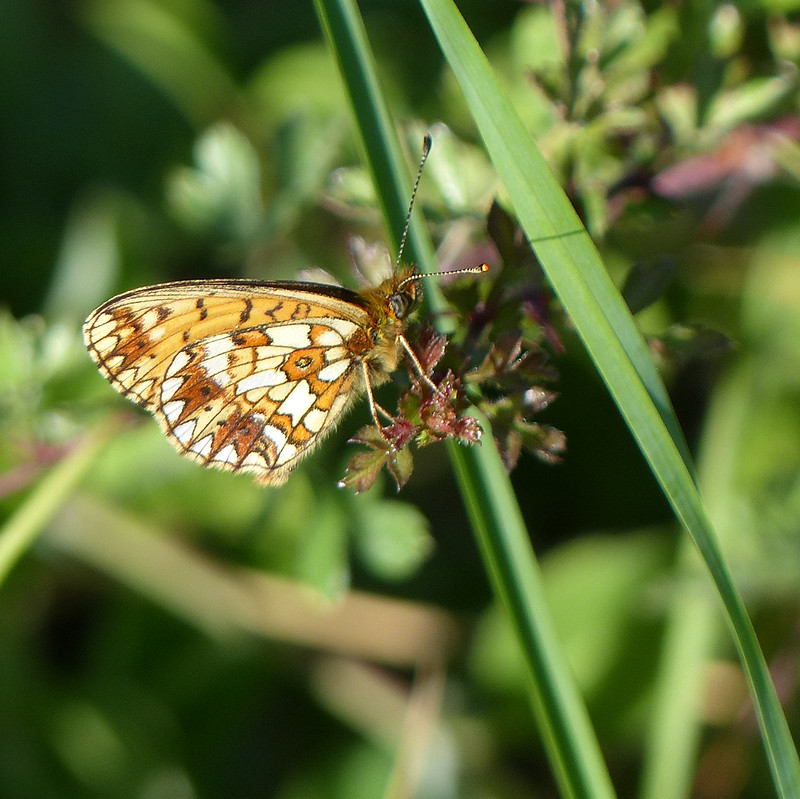 The other was flitting about far more, now close by… 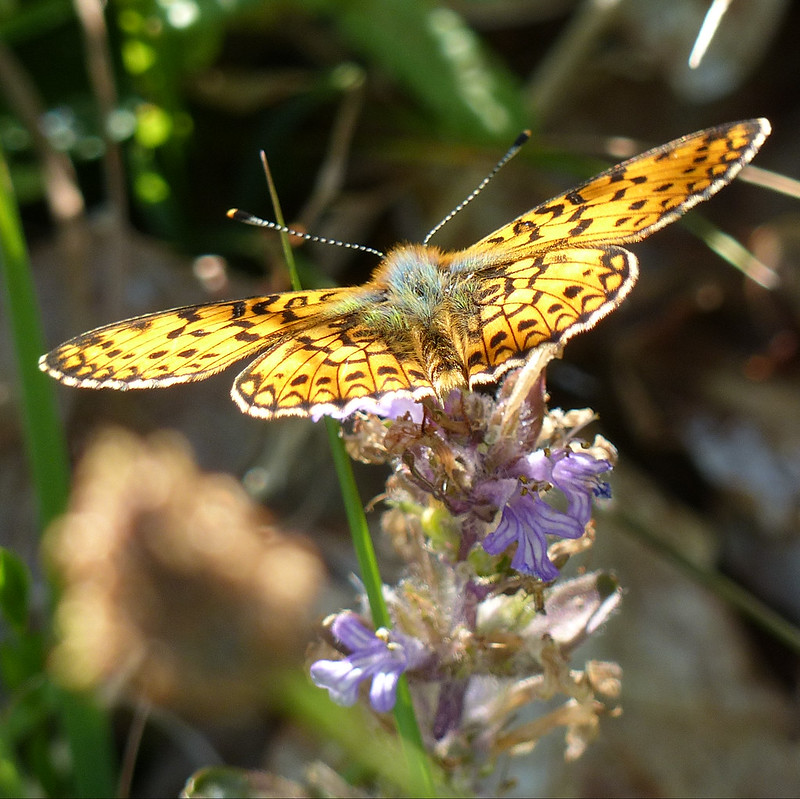 …then ranging a bit further, then back again. I thought the first had chosen a final spot, although, looking again, you can see that it’s feeding here… 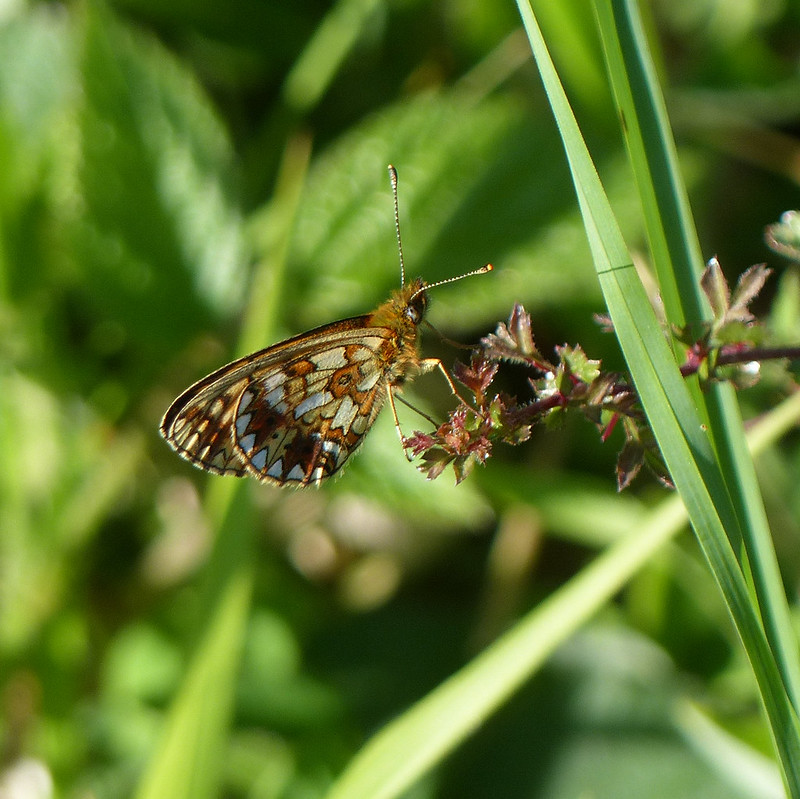 …not that I can see a flower. Maybe drinking?

The second SPBF was still haring about… 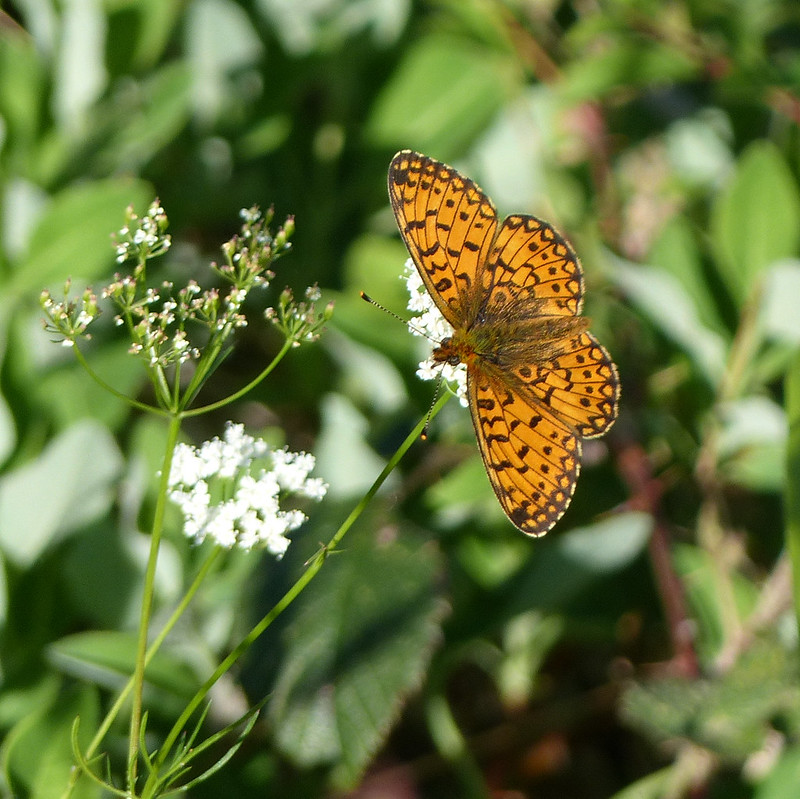 Every now and again it would ‘bounce’ the settled butterfly, which at first would provoke a brief flight, then progressively less energetic wing-flapping until almost no response followed; just a short of dismissive shrug. 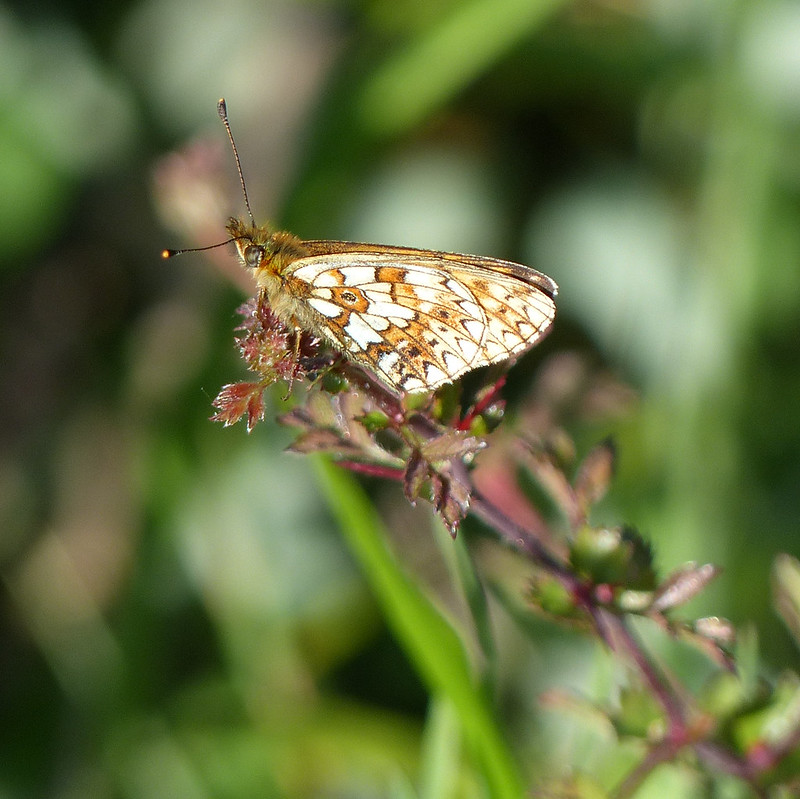 Eventually, the second butterfly found a perch and stopped moving too. I’ve watched a SPBF do this in the late afternoon once before. I didn’t realise that was so long ago! 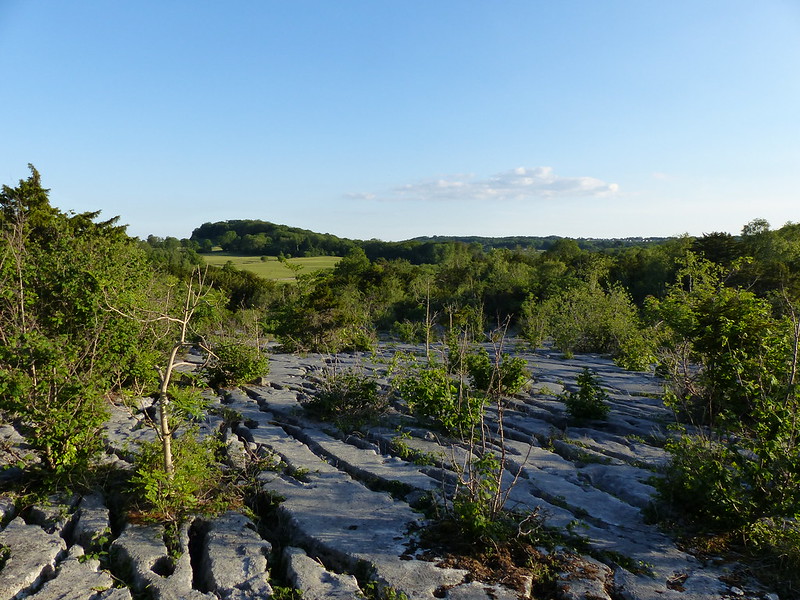 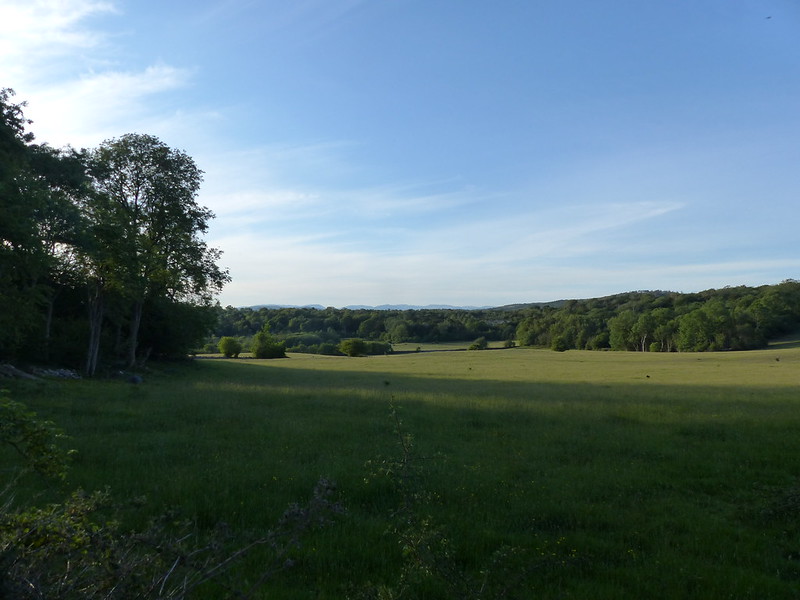 Distant Lakeland peaks on the horizon. 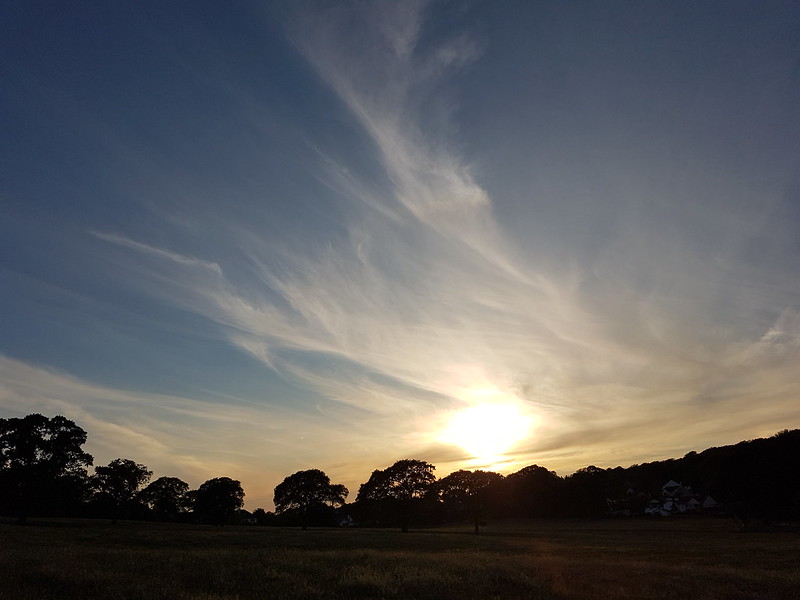 9 thoughts on “Nuthatches and Butterflies”