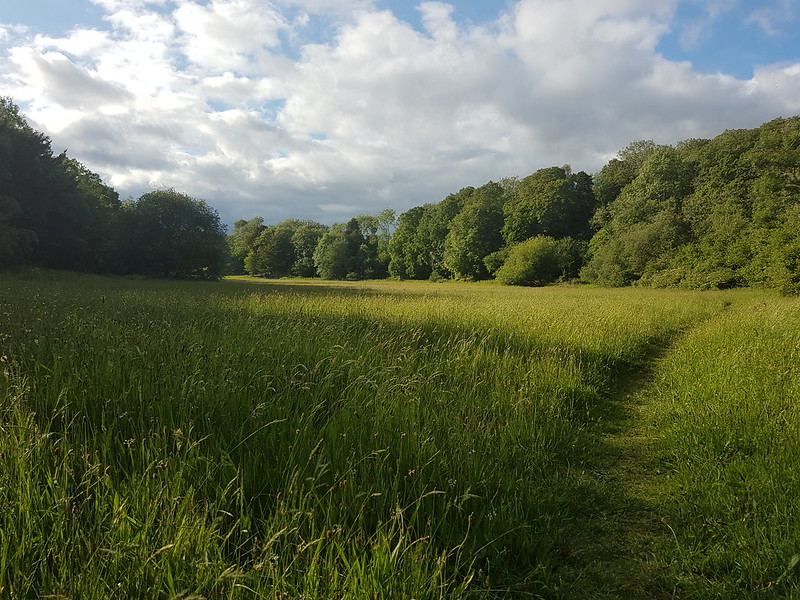 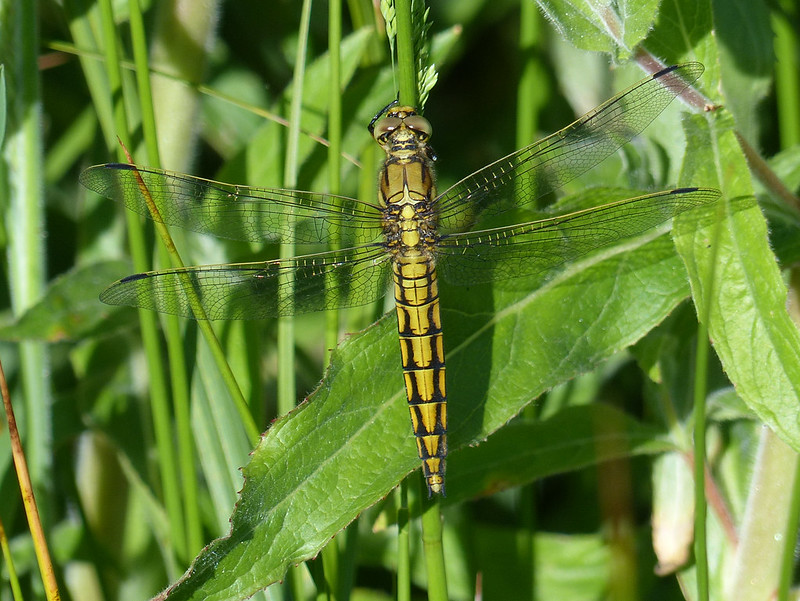 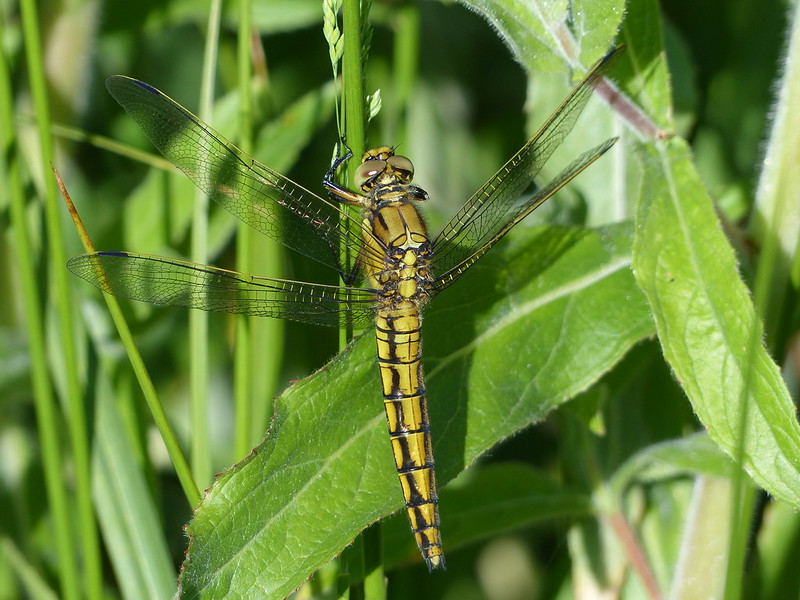 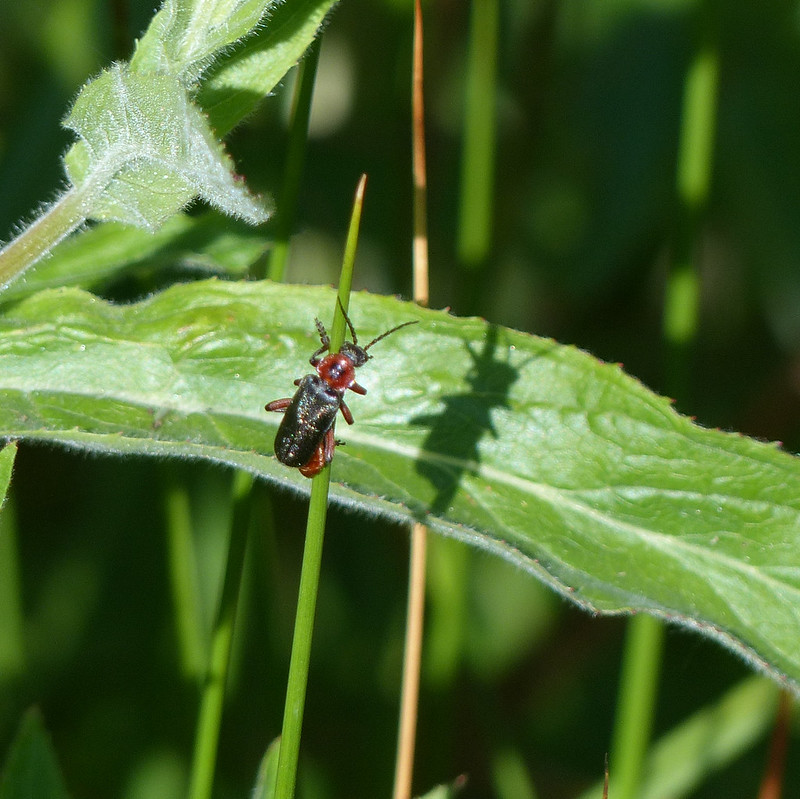 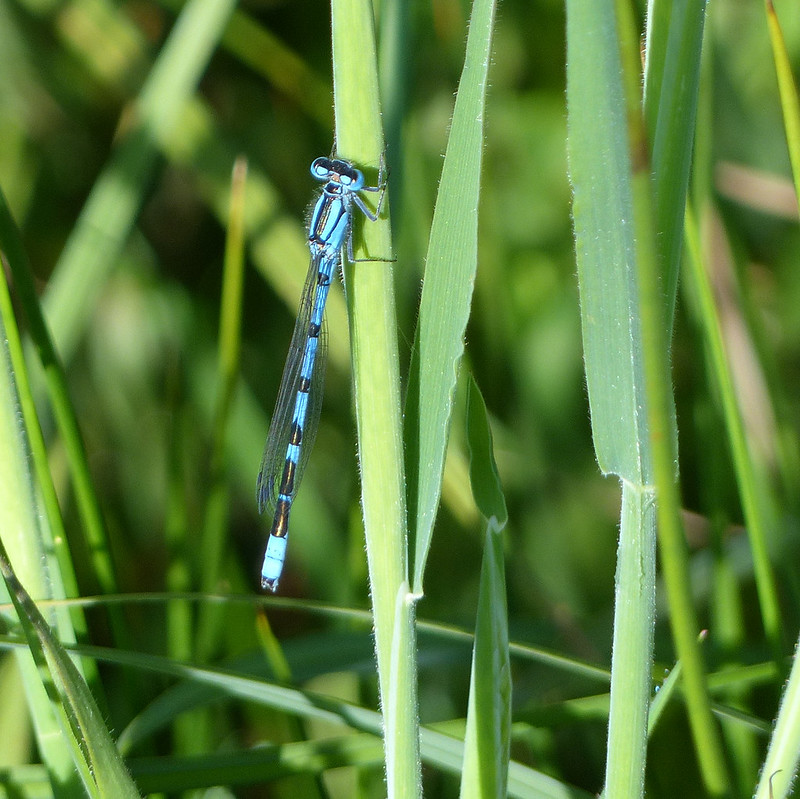 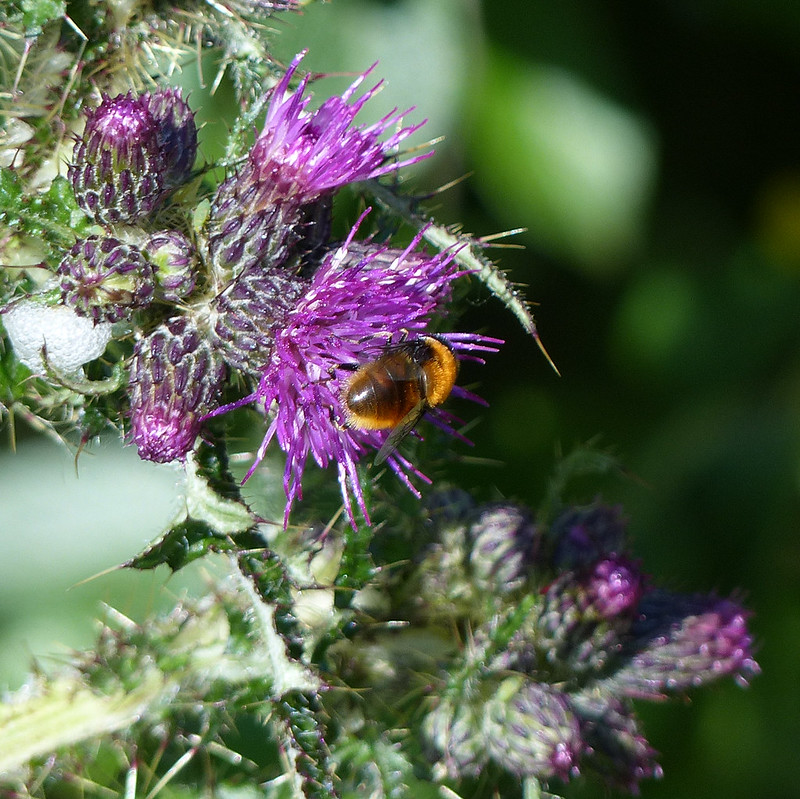 Cheilosia chrysocoma (Golden Cheilosia) – two photos, I think of different insects on different Marsh Thistles. A hoverfly which, for some reason, has evolved to resemble a Tawny Mining Bee. 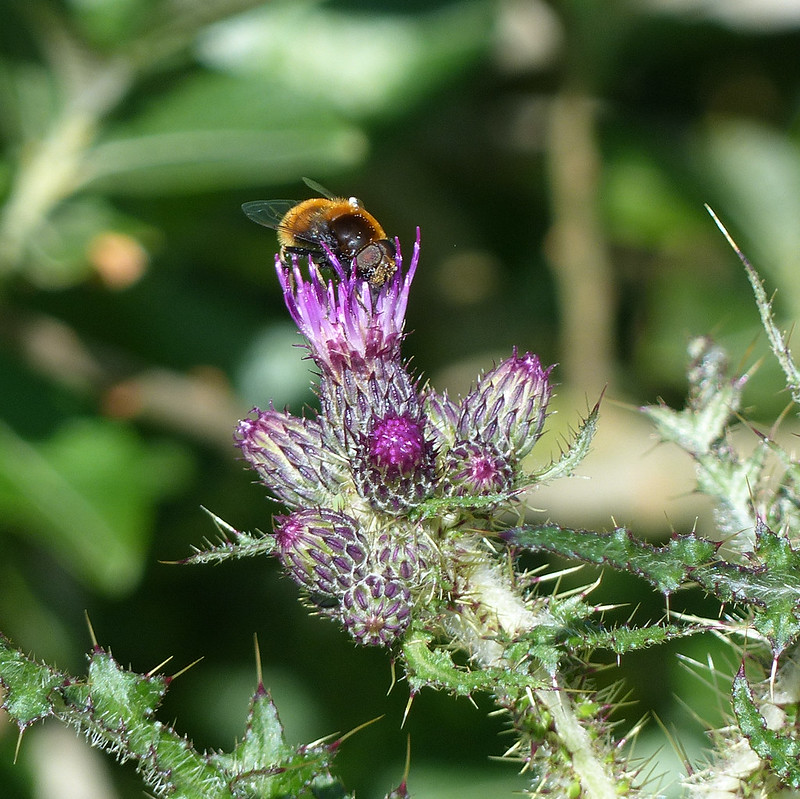 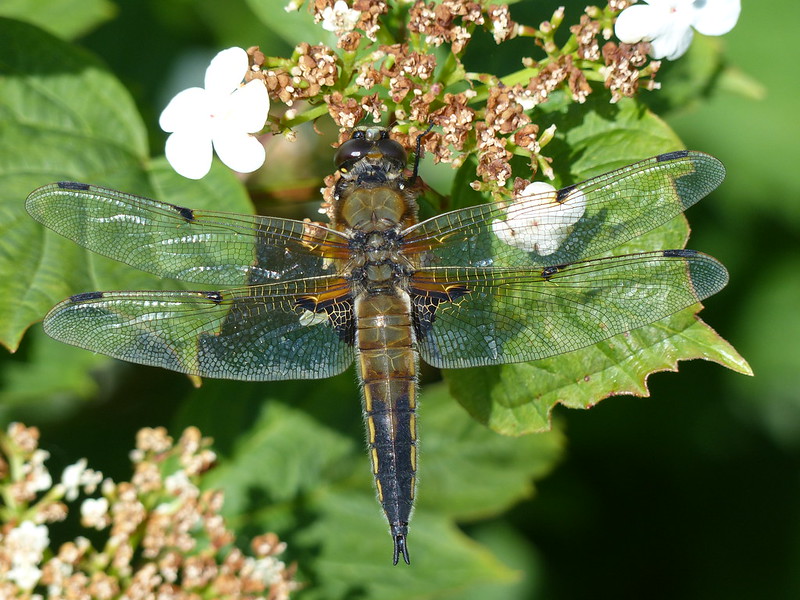 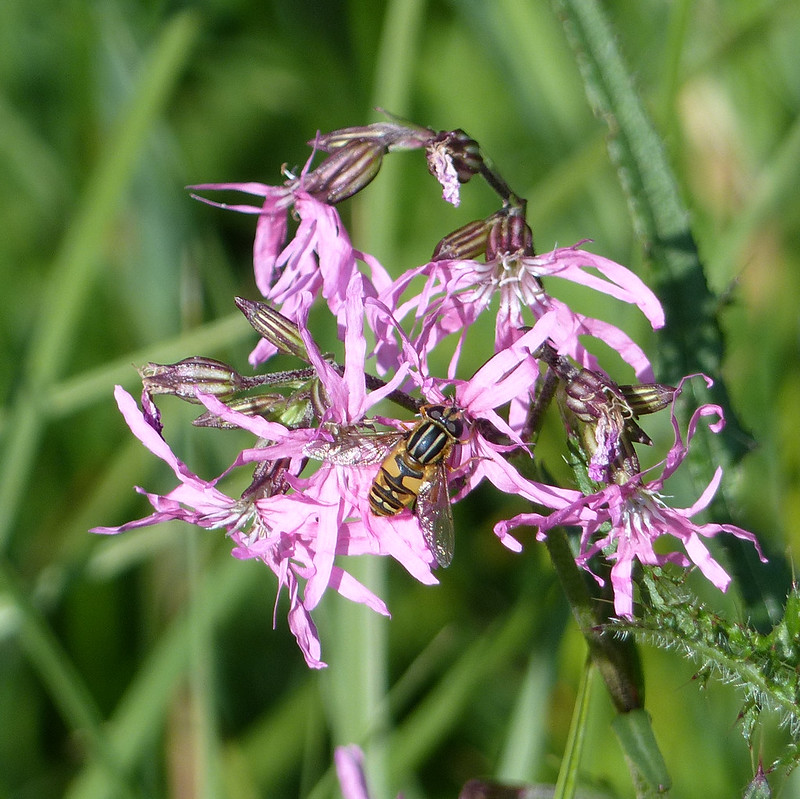 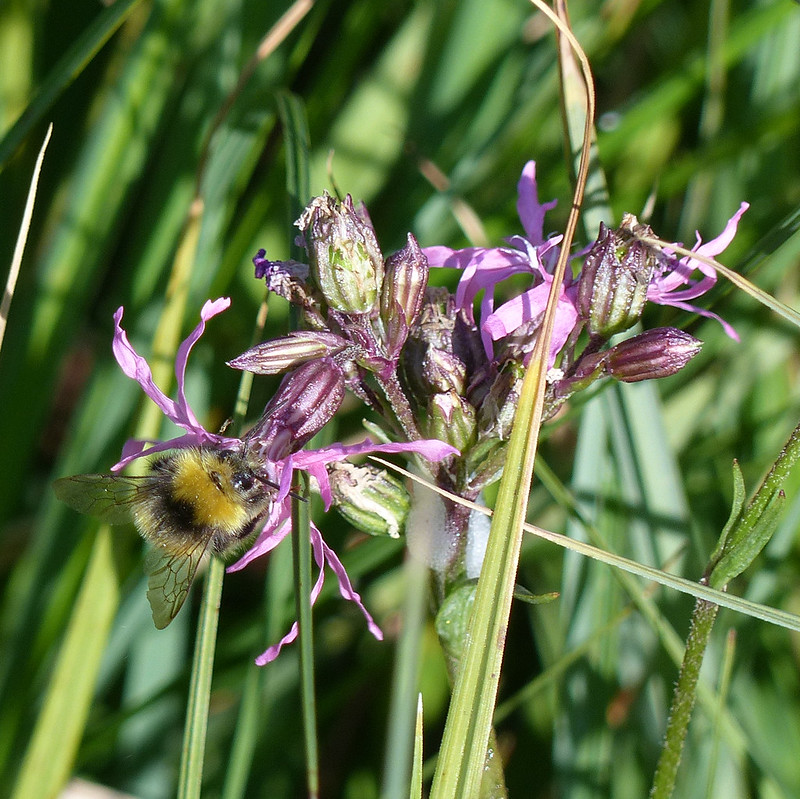 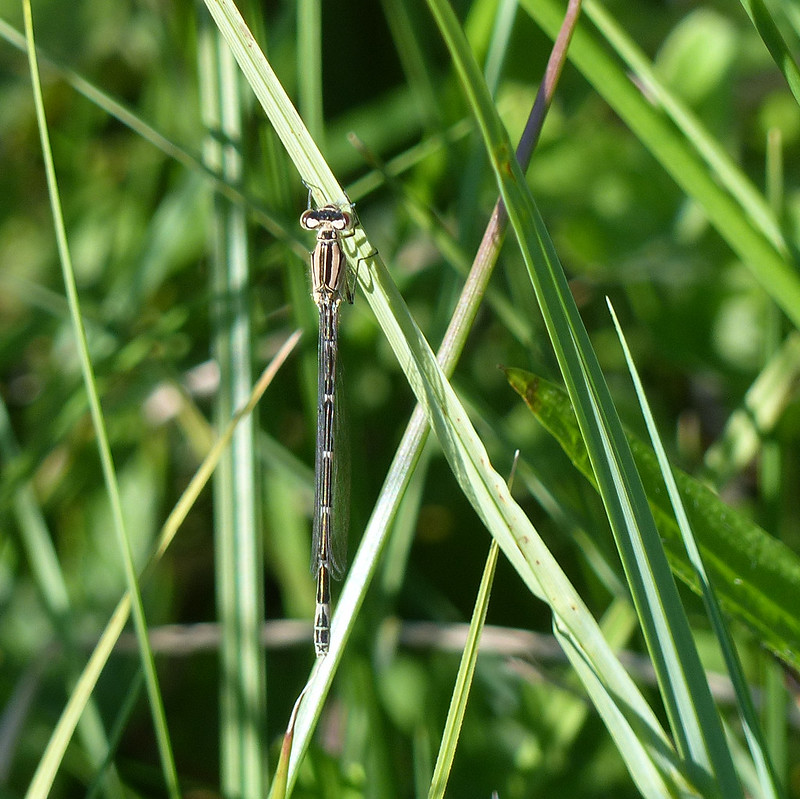 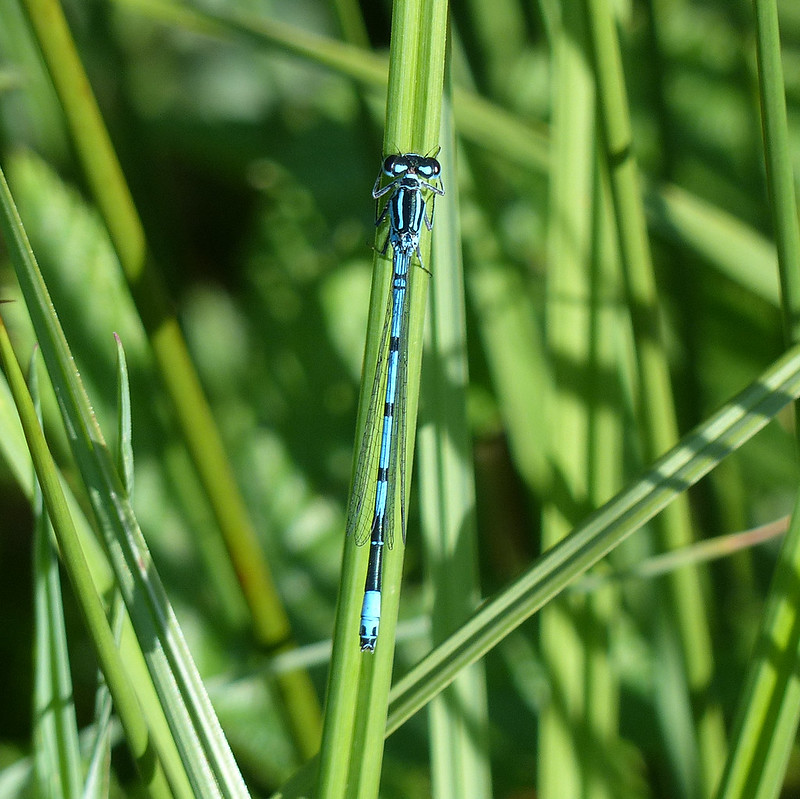 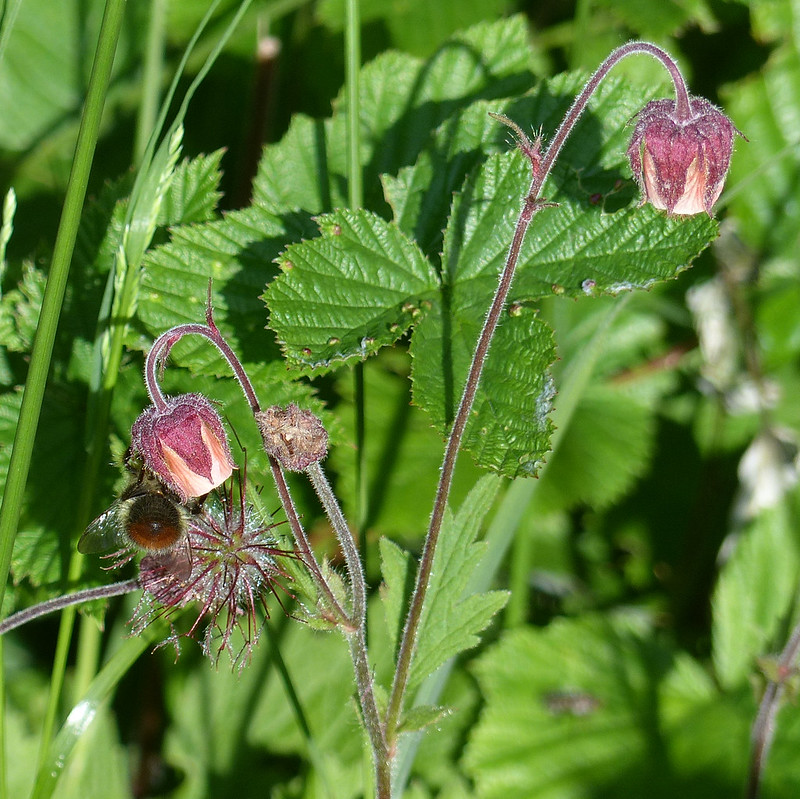 Water Avens – and another hoverfly? 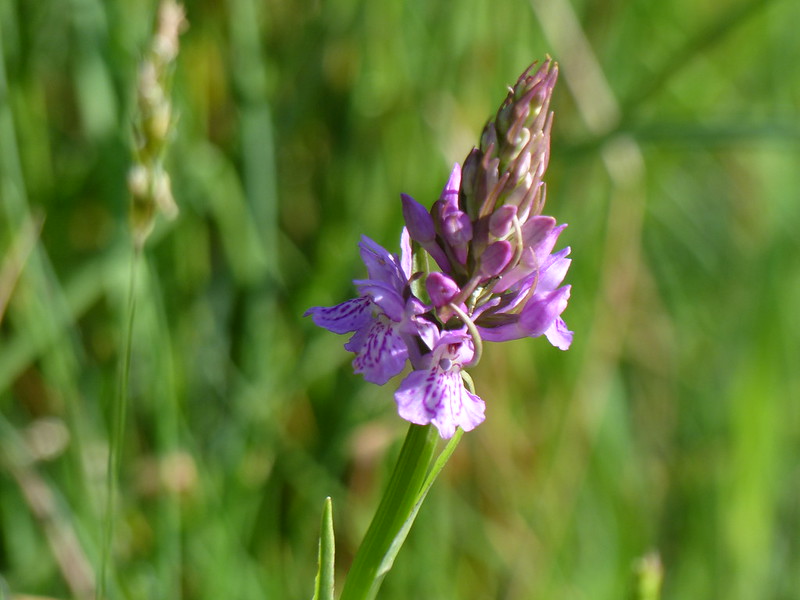 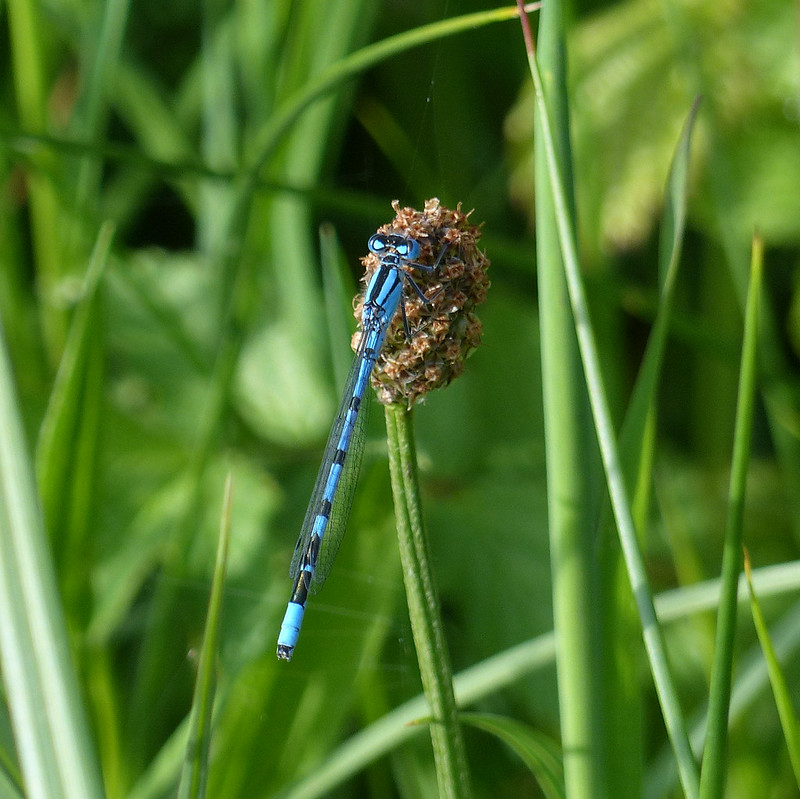 Just a short walk, but packed with interest. If the large blue and green dragonfly which was darting about had landed to be photographed too, my day would have been complete. It was an Emperor; large blue and green dragonflies which elude my camera are always Emperors. When they do land, they always somehow transform into Hawkers of one kind or another, lovely in their own right, but not Emperors. One day I’ll catch an Emperor in an unguarded moment.

In the meantime, the colours on offer at Lambert’s Meadow will do just fine.