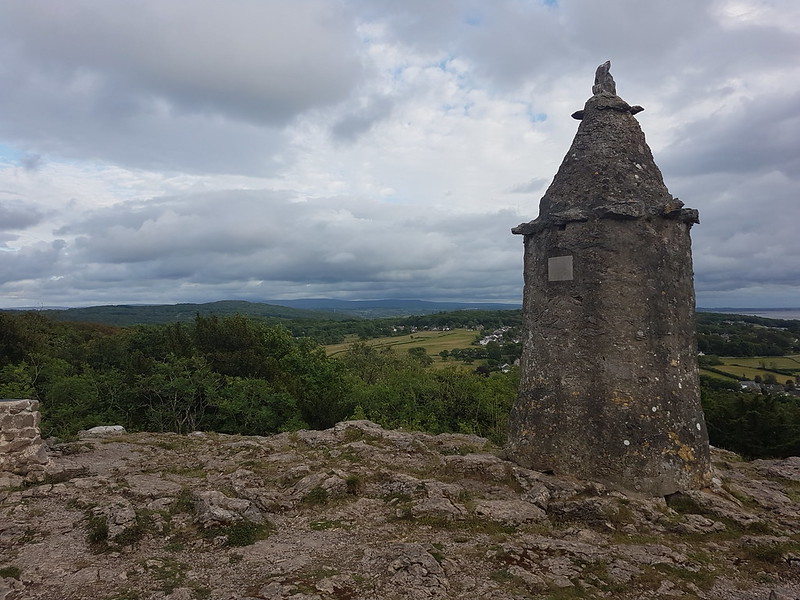 The view from beside the Pepper Pot. I’m trying to remember whether or not the fields had been cut for silage at that point, or if the general yellowy-green hue is due to how dry it had been. I’m inclined to the former, because I know that the weather had broken by then and we had finally had some rain. 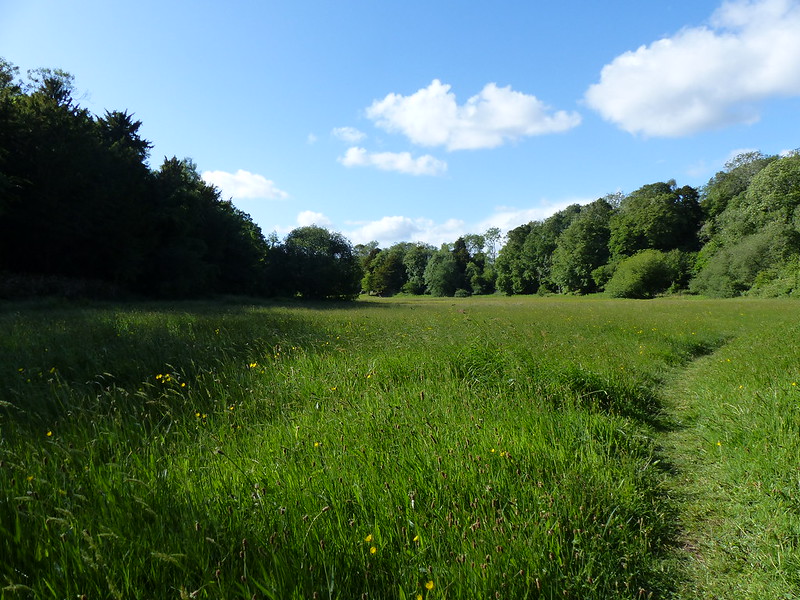 I cut through Lambert’s Meadow again, principally in the hope of seeing more dragonflies. 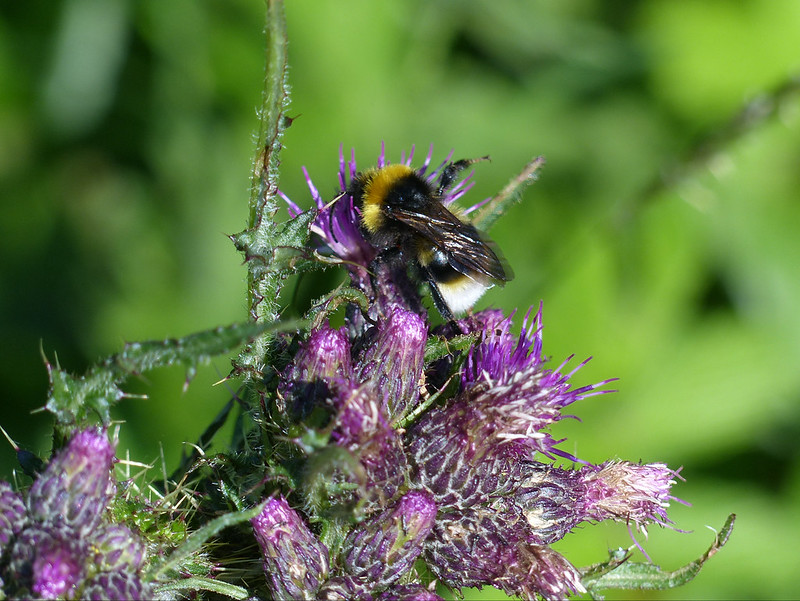 The hint of yellow edging the white tail on this bumblebee might make it a Buff-tailed Bumblebee, but all the usual provisos about DNA testing being required to accurately distinguish between different species of white-tailed bumblebees apply. 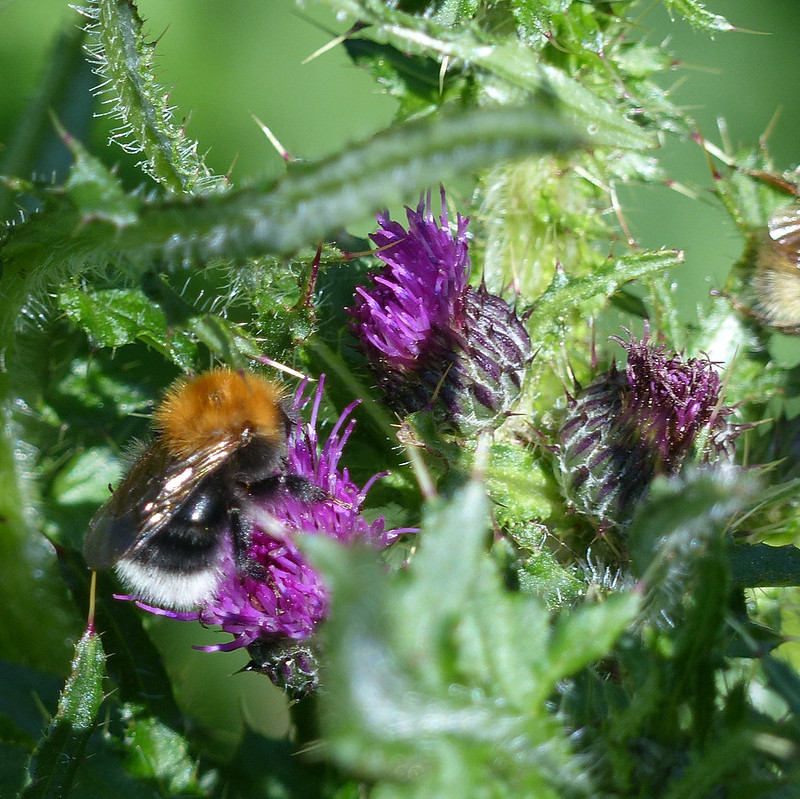 This however, is more distinctively a Tree Bumblebee. 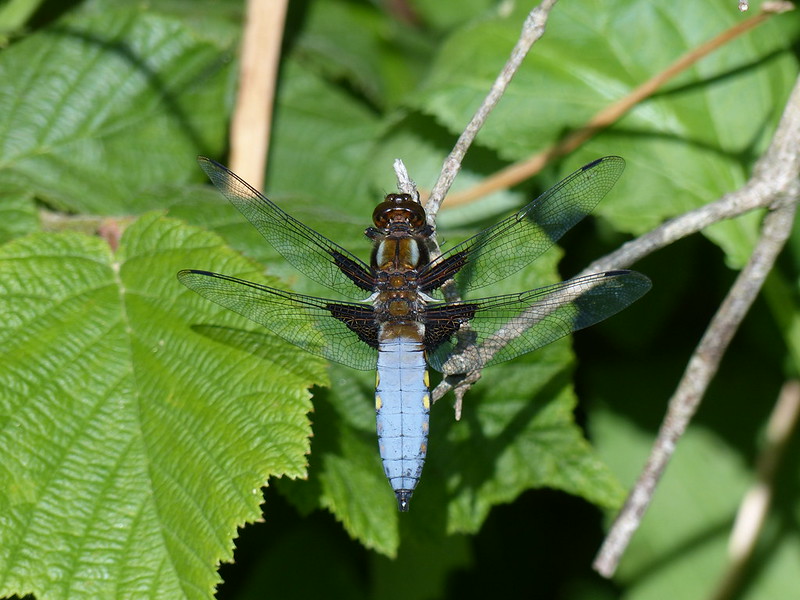 I was in luck – a male Broad-bodied Chaser.

I’ve been wondering about Broad-bodied Chasers quite a bit of late. When I first photographed one, back in 2010, I felt that it was a real fillip, a red-letter day. This year, obviously, has been exceptional, because I’ve been able to get out, locally at least, far more often, but even before this year I’ve generally seen and photographed lots of Broad-bodied Chasers, including the ones which seem to visit our garden each summer. Have their numbers increased since 2010, or have I just ‘tuned in’ somehow? I would say that I see females more often than males, and we’ve only ever seen females in the garden. Even though it is now clear to me that they are relatively common locally, I still feel that spotting one is a cause for celebration, mainly because they are so colourful. 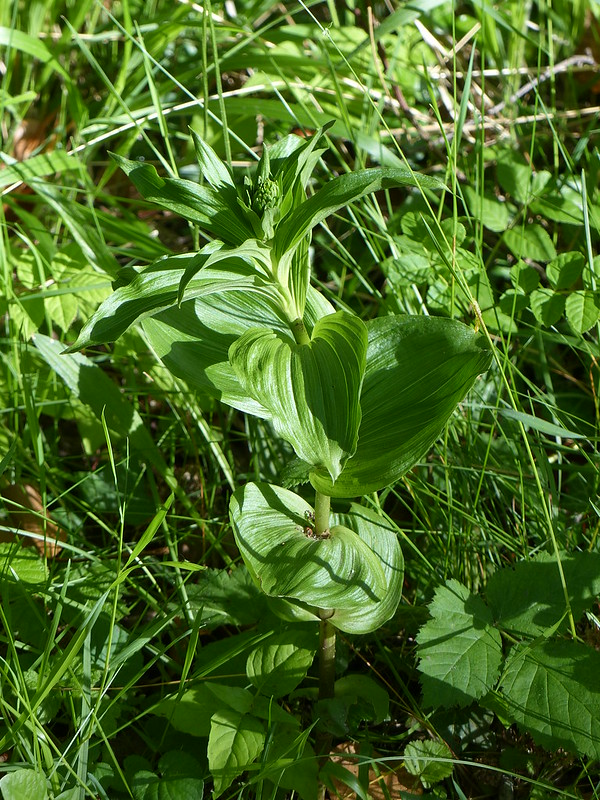 This is Broad-leaved Helleborine, growing, as it does every year, by the track which leads to Trowbarrow Quarry. It occurs to me that, since this was a month ago, I ought to go back to see if it’s flowering yet. Since the beginning of June the weather has, of course, deteriorated greatly and I haven’t been venturing out as often or as far as I would like. 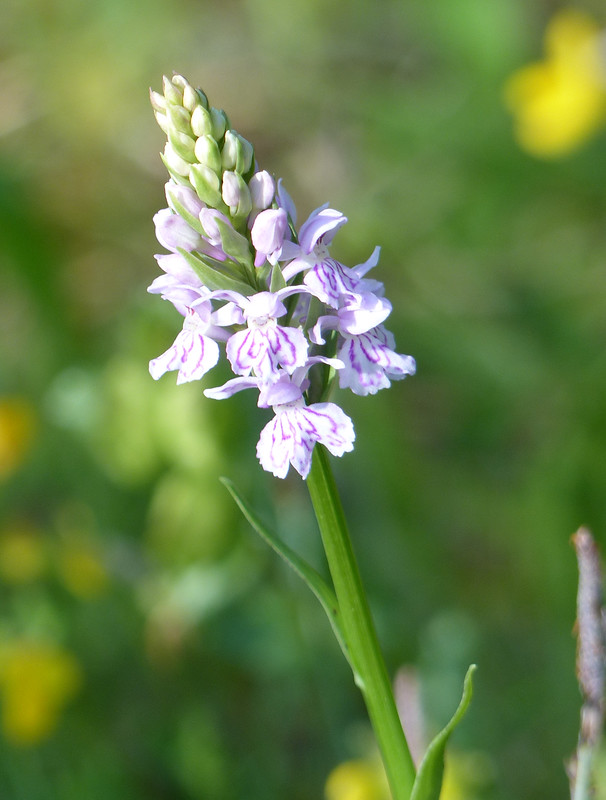 The width of the flower and the looped markings made me think that this was Heath Spotted-orchid. However, that likes acidic soil, I think, so not the most likely thing to find in a former limestone quarry. Nearby I photographed another flower, more prominently lobed which looked like a halfway house between Heath-spotted and Common Orchid. And of course orchids hybridise, just to add to the confusion.

The quarry in question was Trowbarrow… 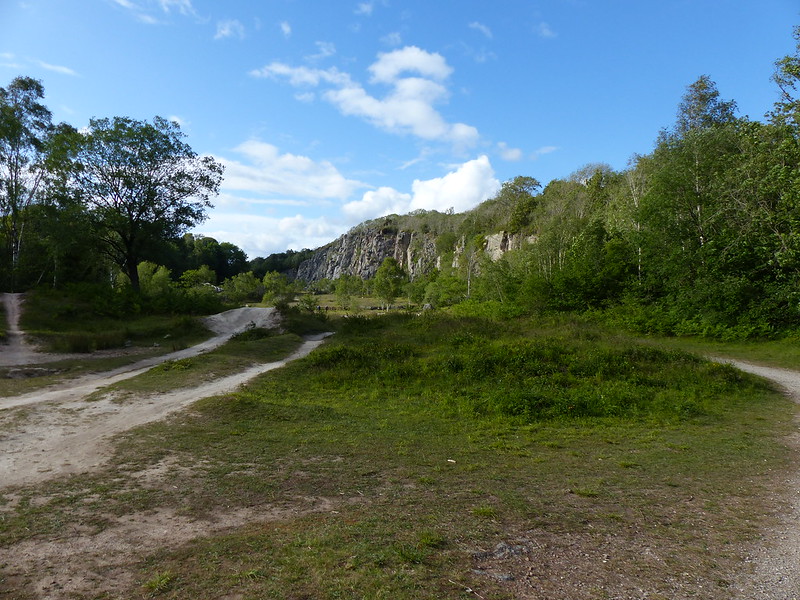 Which I was visiting in case the Bee Orchids were flowering… 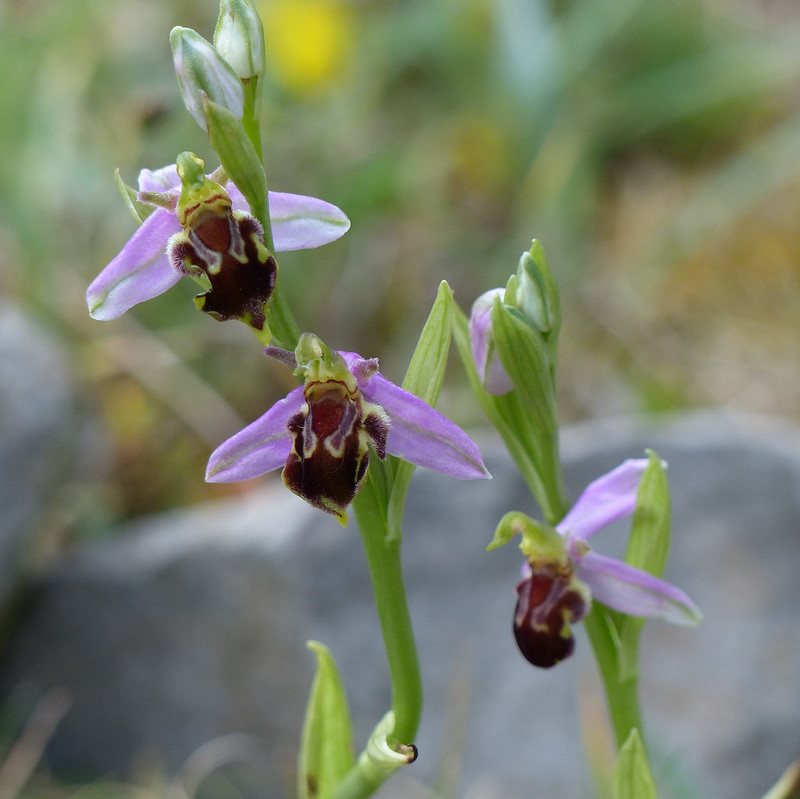 The Bee orchid gets its name from its main pollinator – a species of bee – which is thought to have driven the evolution of the flowers. To attract the bees that will pollinate the plant, it has flowers that mimic their appearance. Drawing them in with the promise of love, the bees attempt a mating. As they land on the velvet-textured lip of the flower, the pollen is transferred and the poor bee is left frustrated. Sadly, the right species of bee doesn’t occur in the UK, so Bee Orchids are self-pollinated here.

I have to confess to being slightly flummoxed by how a flower could have evolved so precisely as to be able to fool a male bee into thinking that the flower is a female bee of the same species. How does that process start and how long would it take?

I’d left it quite late and the orchids were in the shade, making me think of a return visit the following day if the sun was shining. 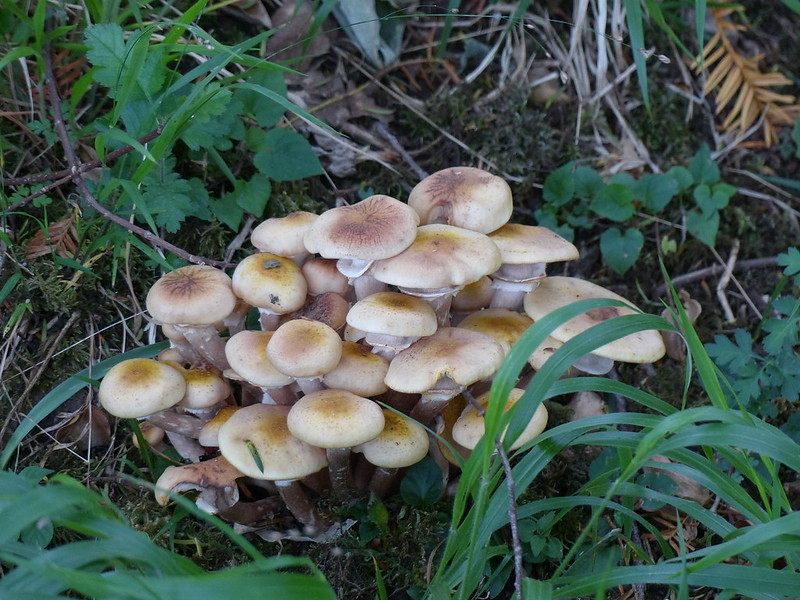 …which it had, if not in the numbers and variety I’d expected.

5 thoughts on “Lambert’s Meadow and Trowbarrow”