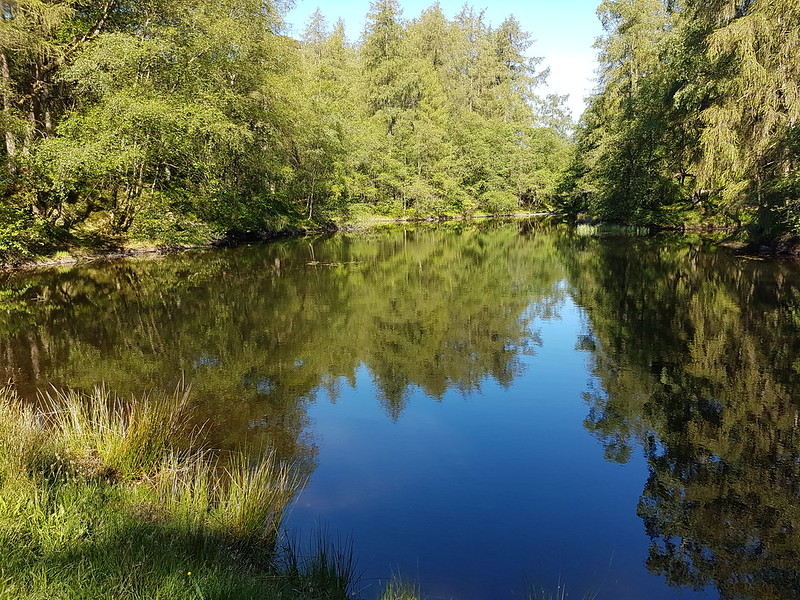 I’ve just found this post lurking amongst my drafts. I seem to have chosen the photographs I wanted to use and then forgotten about it, so that this post is out of sequence. I don’t suppose that’s likely to upset anyone but me!

Anyway, the photographs record a trip from the tail end of May, when it was still hot. We had a theory about another way to sneak in a very quiet swim. 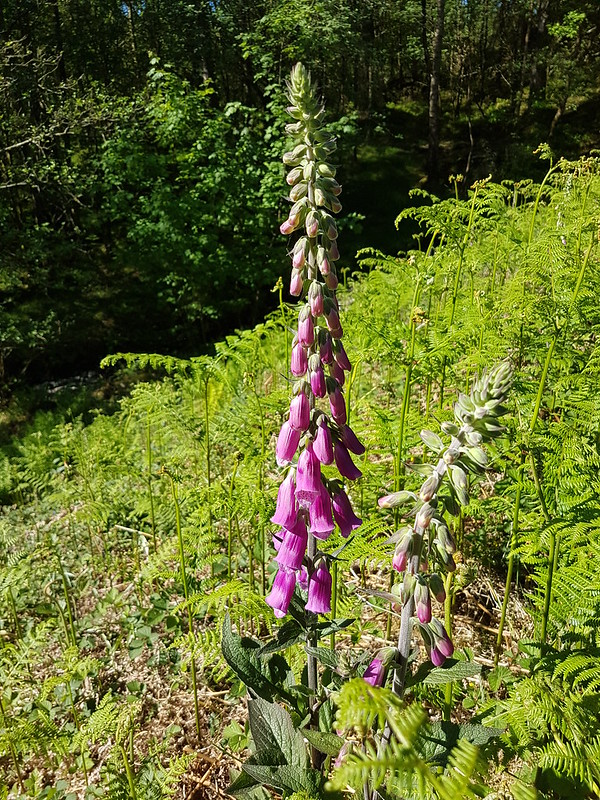 It was a Saturday morning and, once A had finished her paper rounds, we were off very early, a bit of a rarity for us, the whole family ready, kitted-out and in the car for an early start. It wasn’t that early mind – when we reached the car park, there were already three cars parked ahead of us, but I think that they all belonged to local dog-walkers. Certainly, we were the first to arrive at High Dam reservoir for a swim. 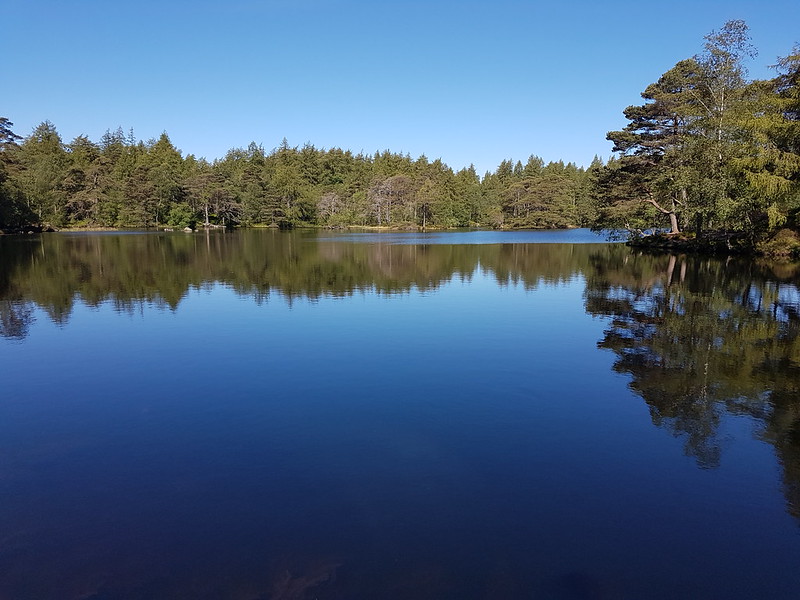 The whole journey, drive and walk up the hill to High Dam, took almost exactly an hour. 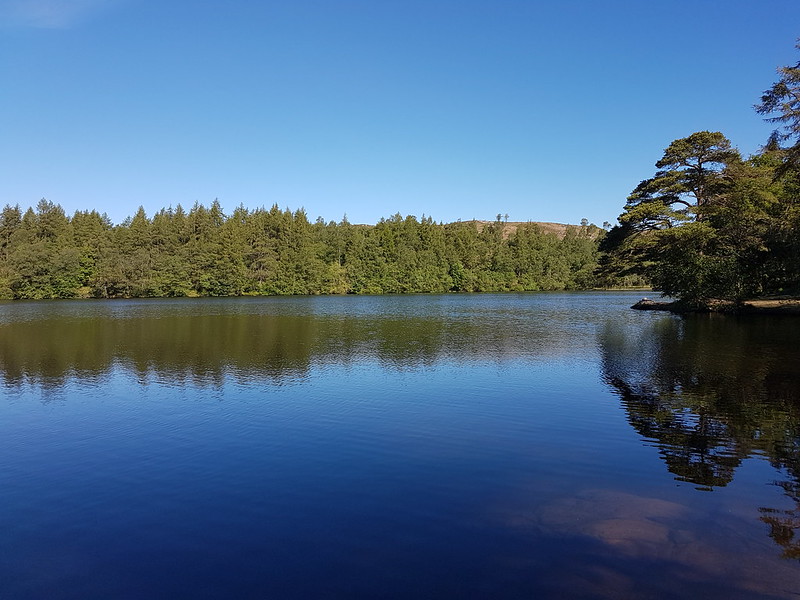 The water was cold, obviously, but not too bad and we had it to ourselves! 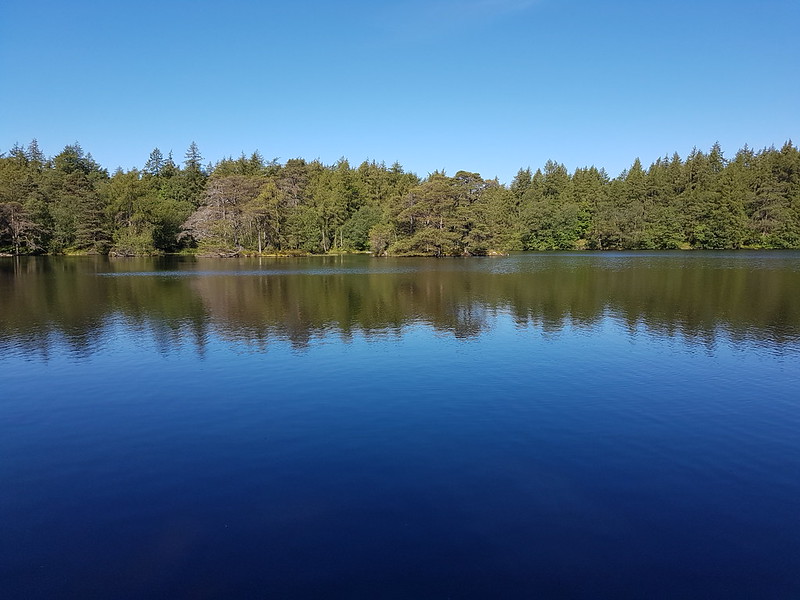 Briefly. Another family soon appeared, but there’s plenty of room here. As has become our habit, we swam across the lake to the two islands which are in the photo above, although not obviously so. The attraction of the islands is a fallen tree trunk which juts out over the water, making a good platform for jumping in. 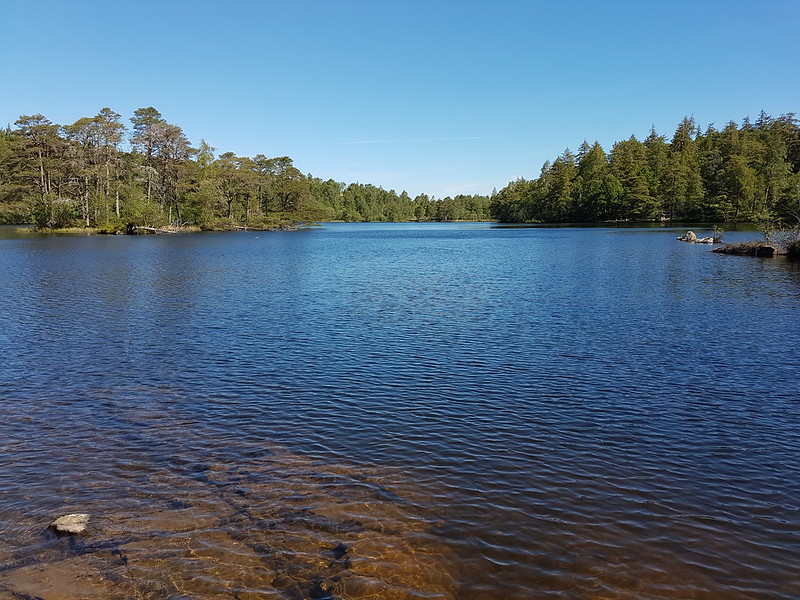 Because the water was cool and also because we could see more and more family groups arriving, we decided to make do with just once across the lake and back. By the time we emerged to get changed, we were being asked whether we were about to vacate our prime spot on the shore by a group hoping that they could have it.

We walked around the High Dam before descending to the car. There were no end of dragonflies, but no photos on this occasion, because I only had my phone with me. Returning to the car park, we found that it was full, so much so that it was quite difficult for us to manoeuvre our way out. There was also a queue of around half-a-dozen cars waiting for a parking spot to become free.

The whole thing had worked out very well for us. I have several ideas for other swims, either in further ‘dawn raids’, or at lonely spots where I think we might not need the early start. Sadly, the weather hasn’t really been suitable since, well not at the weekends when we’ve been free anyway.

High Dam scrubs up rather well doesn’t it?

Loudon Wainwright III is, younger readers, the father of Rufus Wainwright, Martha Wainwright and Lucy Wainwright Roche, and also one-time husband of Kate McGarrigle. Not only that but he’s a phenomenal songwriter too. Here’s another, depressingly appropriate example:

Back to High Dam

8 thoughts on “Back to High Dam”