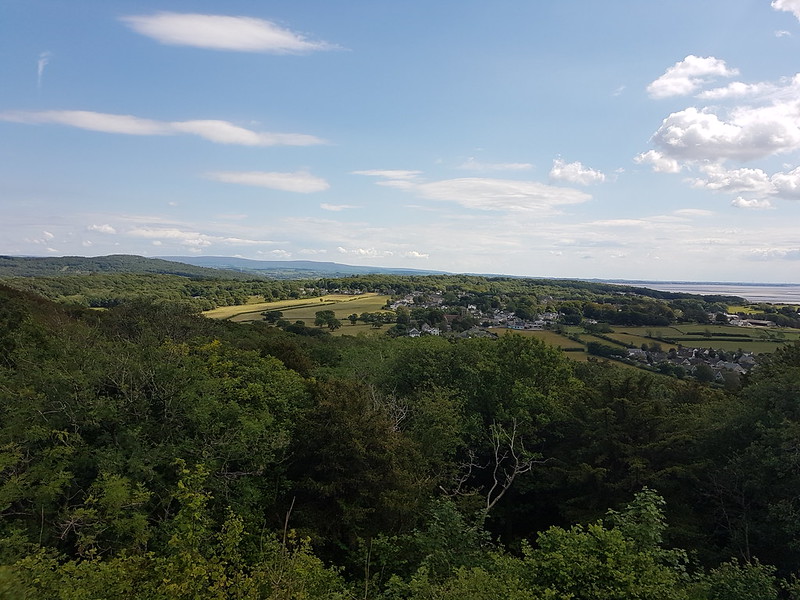 The view from Castlebarrow – Warton Crag, Clougha Pike and the shorn fields around home.

Unlike my last post, this one features photos taken on numerous different walks, over a week. 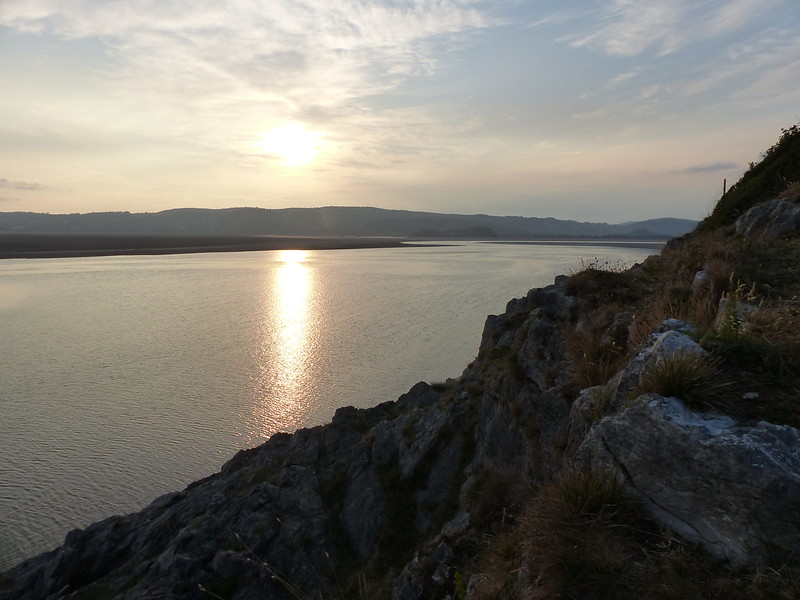 I climbed Arnside Knott to watch the sunset. By the time I reached the top, it had clouded up, so these shots from beside the Kent Estuary earlier in the walk were better than those taken later. 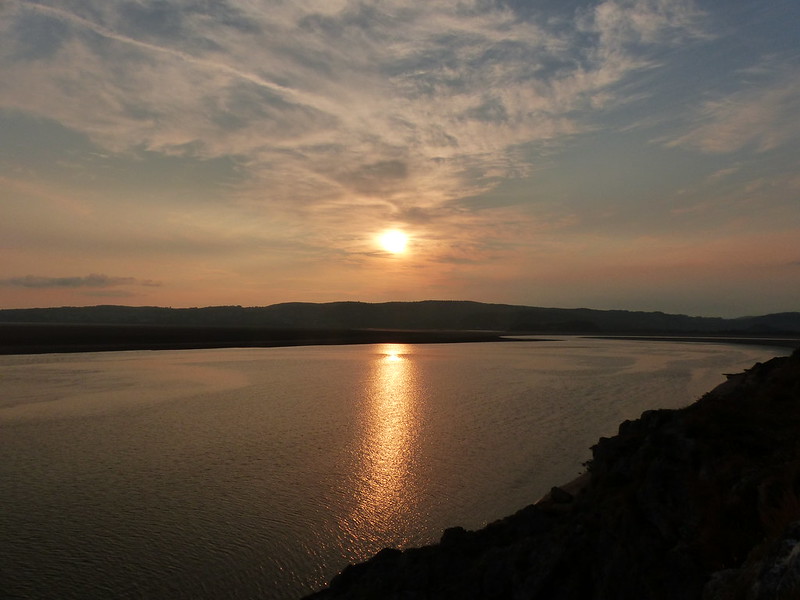 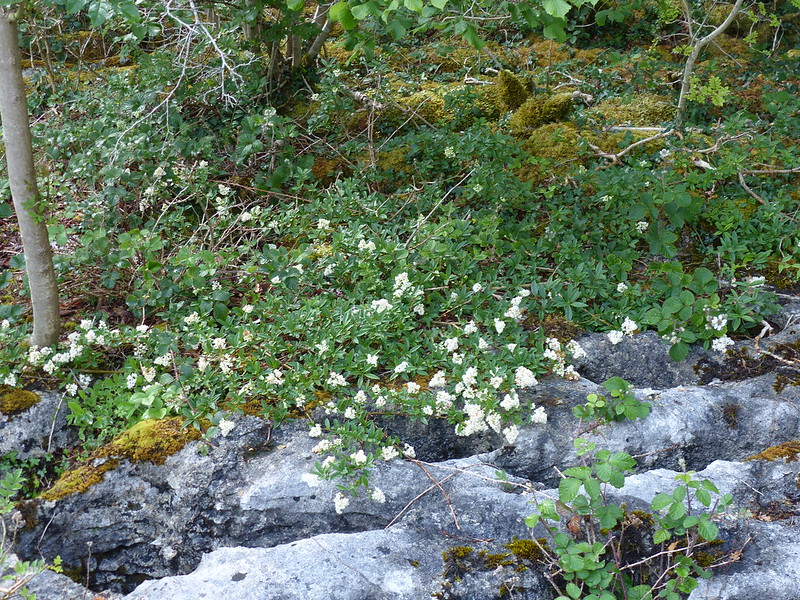 In my many visits to Gait Barrows I’d noticed a few low sprawling shrubs with pointed glossy leaves. I kept checking on them to see what the flowers looked like. 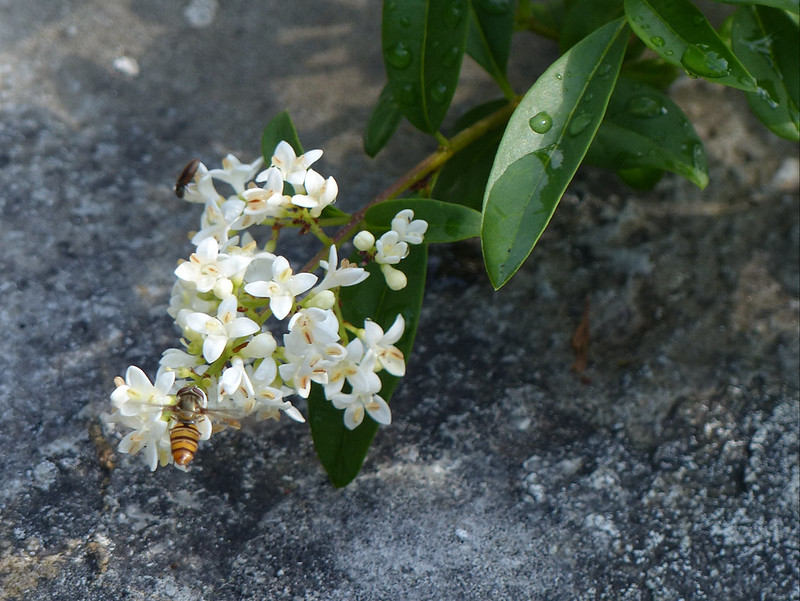 I’m very pleased to report that this is Wild Privet, especially since I have been misidentifying Geans as Wild Privet until this year. 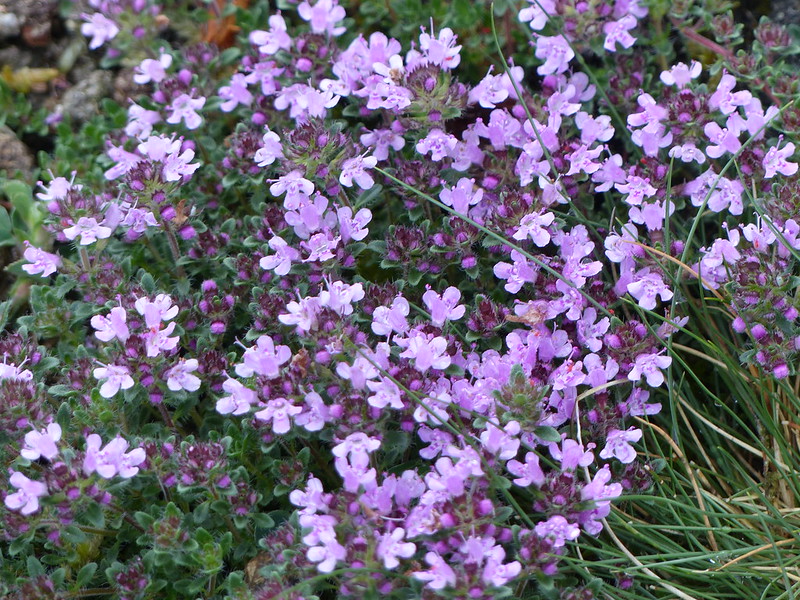 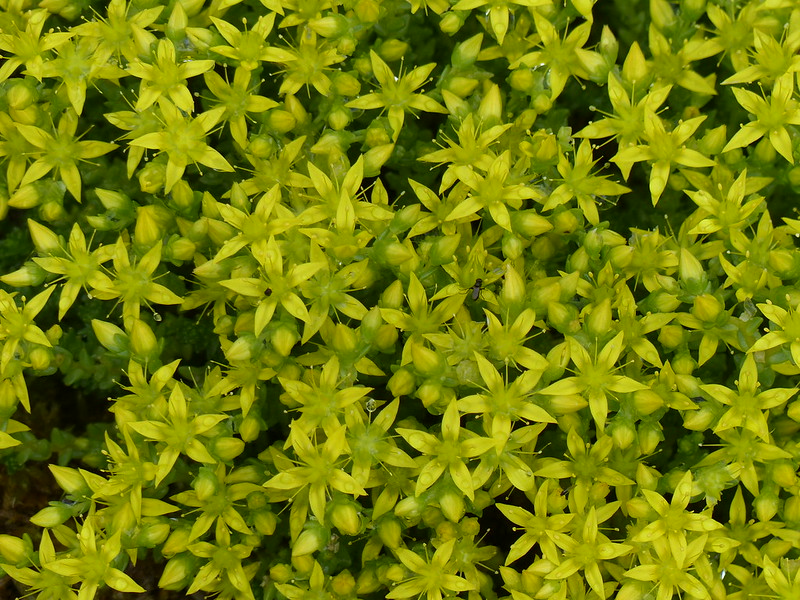 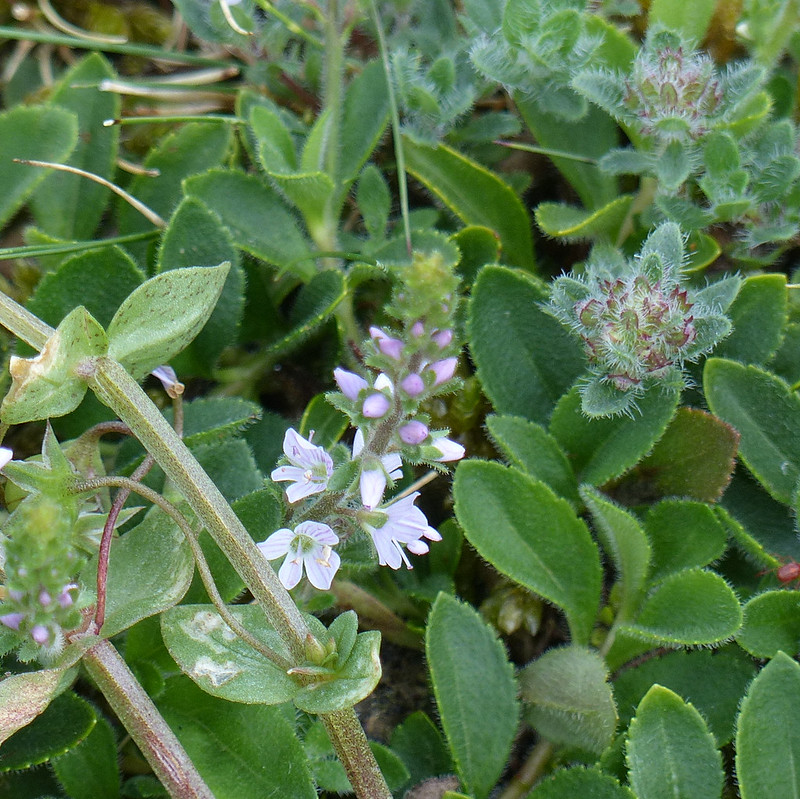 “What I did not fully realise when I set out was the unexpected reward that comes from searching for wild flowers. Flower finding is not just a treasure-hunt. Walking with your head down, searching the ground, feeling close to nature, takes you away from a world of trouble and cares. For the time being, it is just you and the flower, locked in a kind of contest. It is strangely soothing, even restorative. It makes life that bit more intense; more than most days you fairly leap out of bed. In Keble Martin’s words, botanising takes you to the peaceful, beautiful places of the earth.” 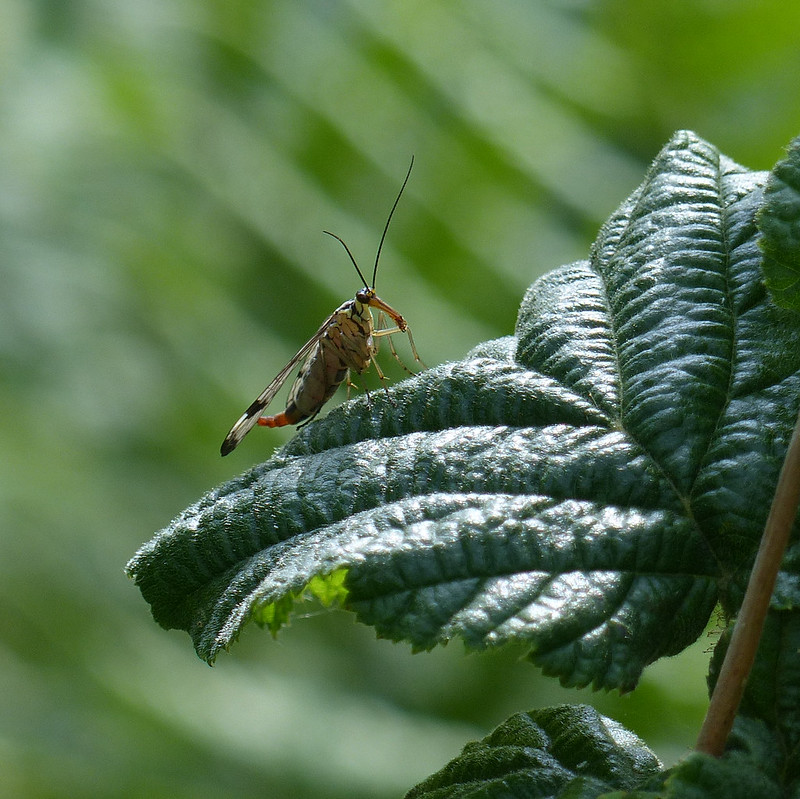 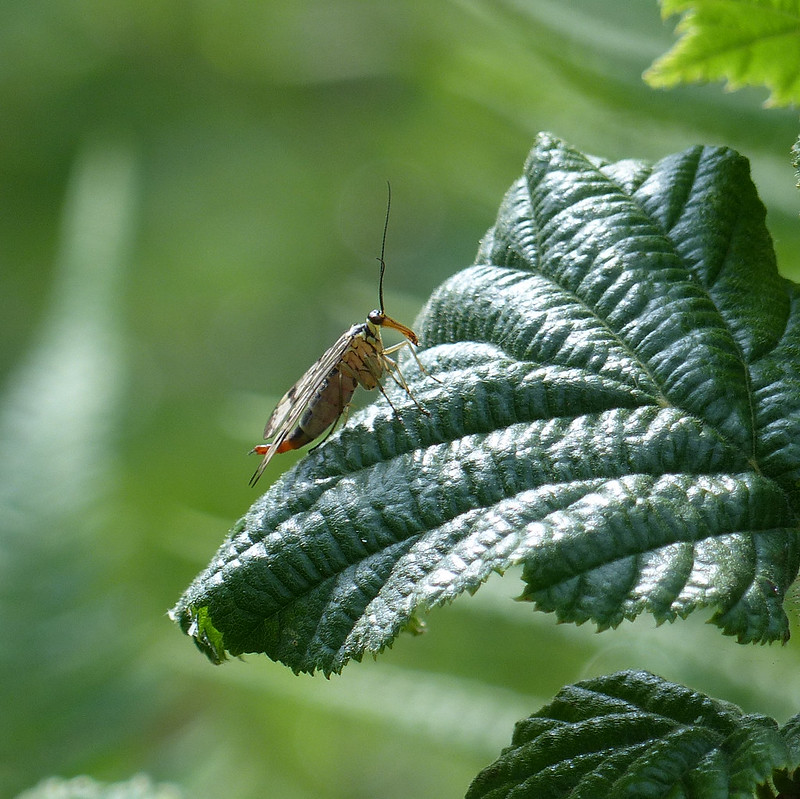 “Meanwhile Brett was diverted by the insects visiting the flowers…I felt an unexpected twinge of envy. How exciting life must be, when you can take a short walk down to the river bank and find small wonders in every bush or basking on a flower head, or making themselves comfortable under a pebble. Why don’t more of us look for Lesne’s Earwigs instead of playing golf or washing the BMW?” 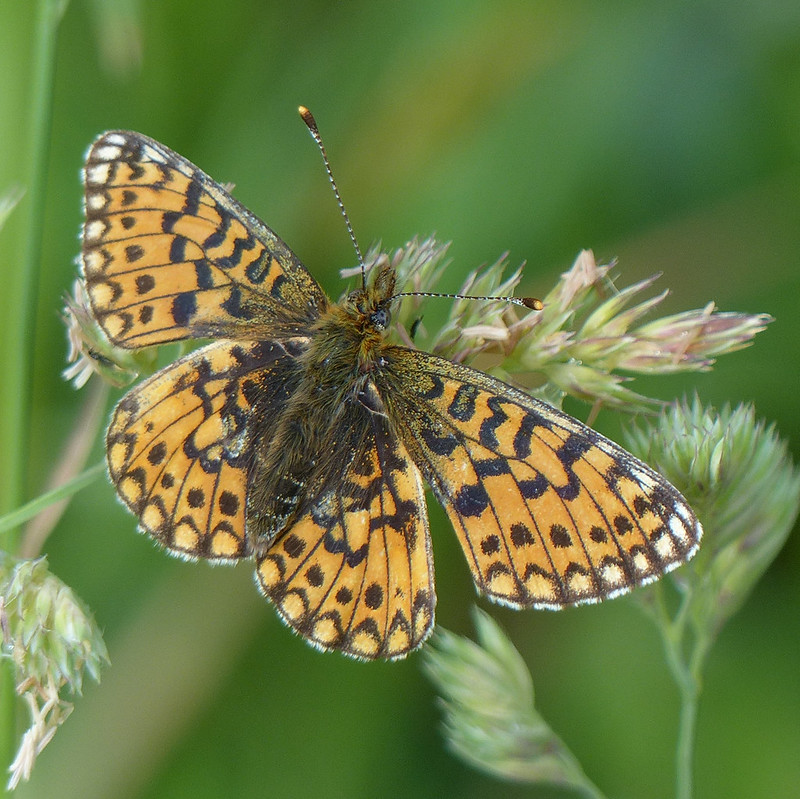 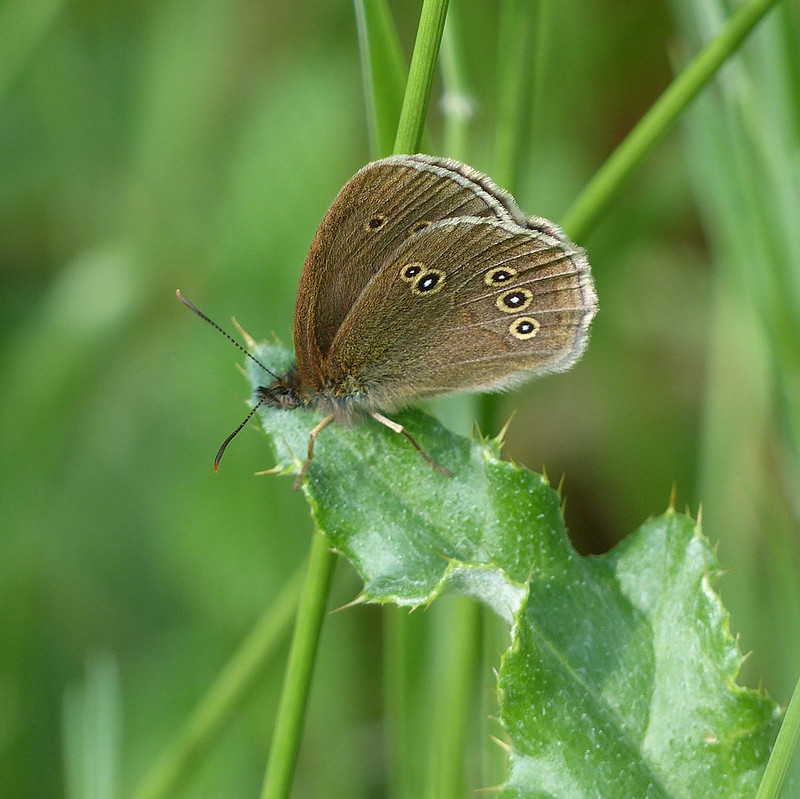 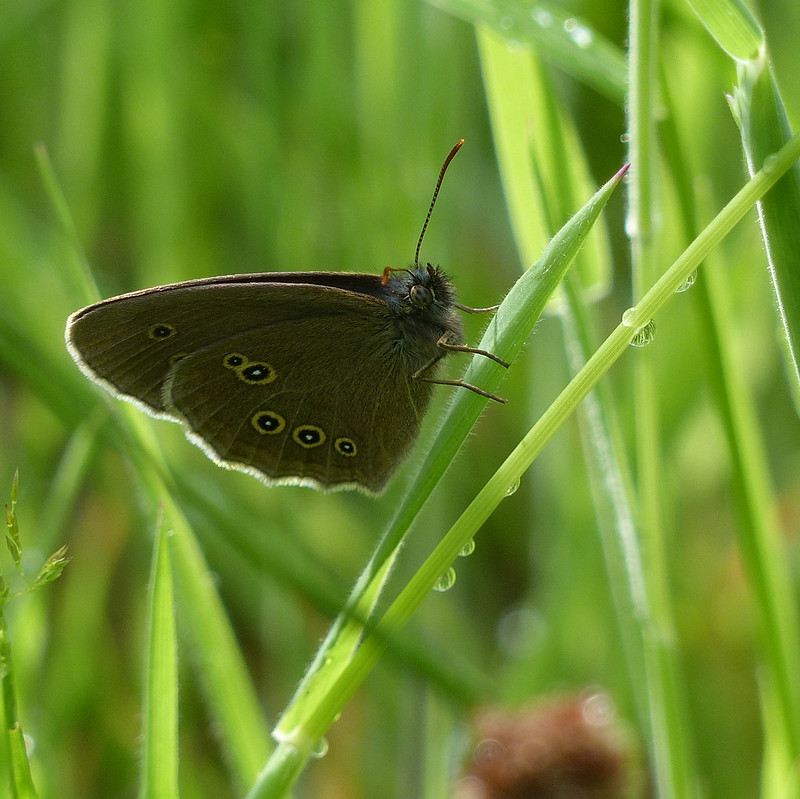 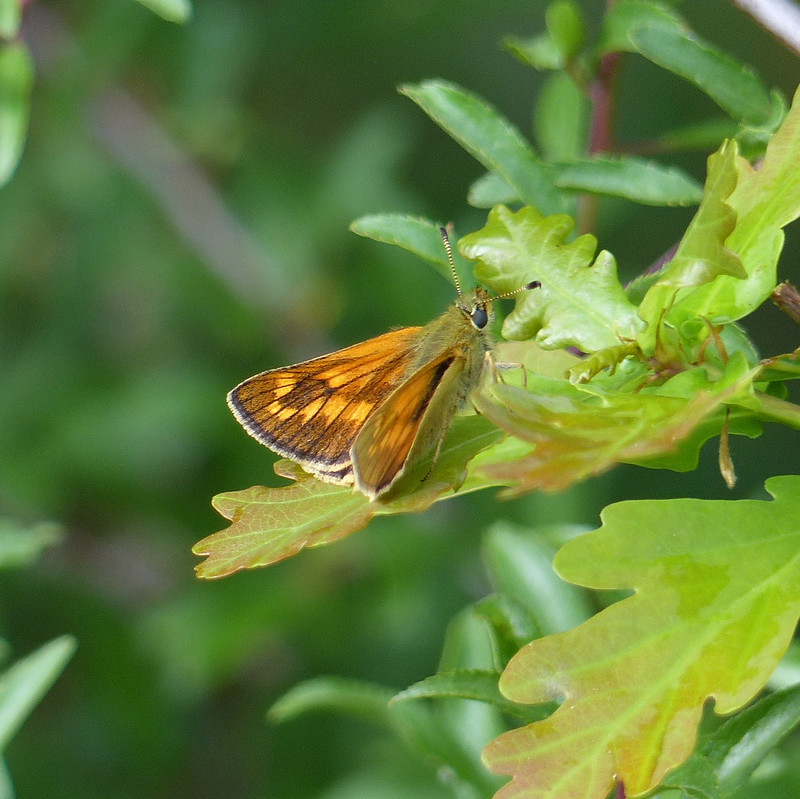 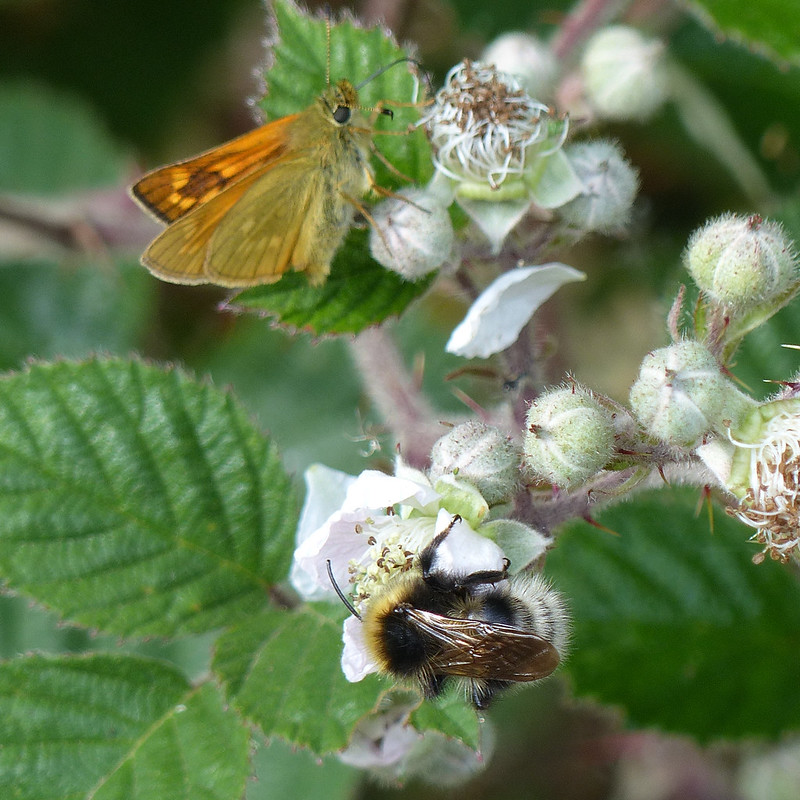 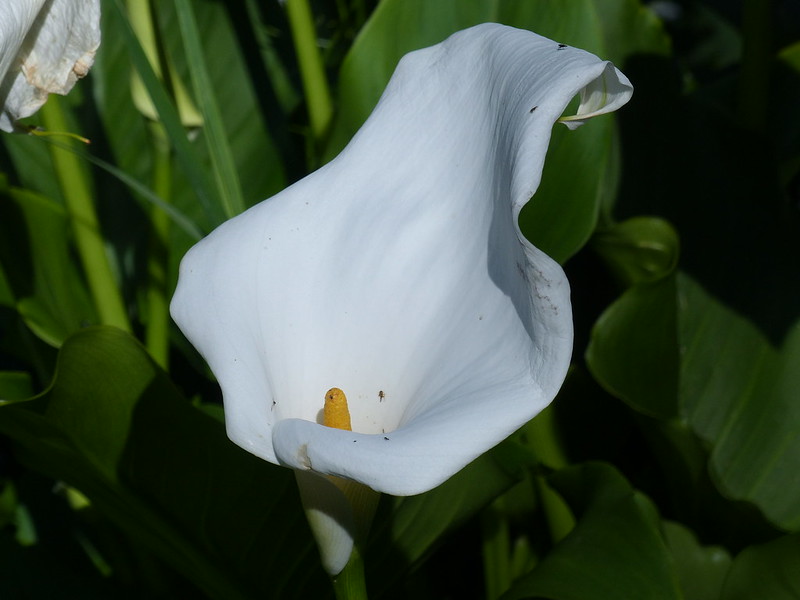 A Calla Lily at Woodwell again.

Both quotes are from ‘Chasing the Ghost’ by Peter Marren.

‘Human Fly’ by The Cramps.

Other songs which spring to mind: ‘Anthrax’ by The Gang of Four for its line ‘I feel like a beetle on its back’, or, similarly ‘Song from Under the Floorboards’ which has Howard Devoto declaring ‘I am an insect’. But I’ve shared both of those before, I think. Californian punk band Flipper also recorded a version of ‘There Was An Old Woman who Swallowed a Fly’, but, to be frank, I never really liked it. It’s altogether a very punky collection of songs. I’m not sure whether that reflects a squeamishness about insects in mainstream music, or just the fact that it’s with punk that I am best acquainted? There must be some good butterfly songs, but aside from ‘Caterpillar’ by The Cure, which, again, I’ve shared before, I can’t think of any at present.