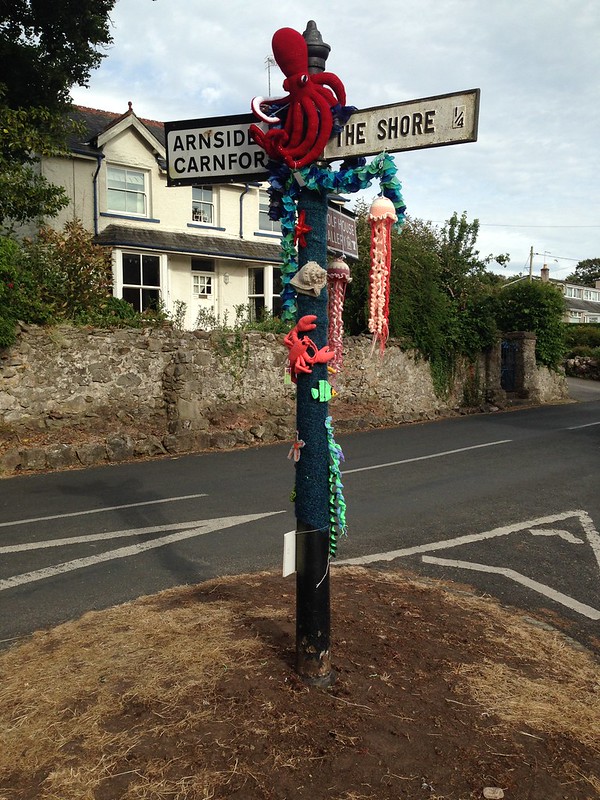 Last year, I think for the first time, a band of Guerrilla knitters decorated the village centre for the Art Trail weekend. 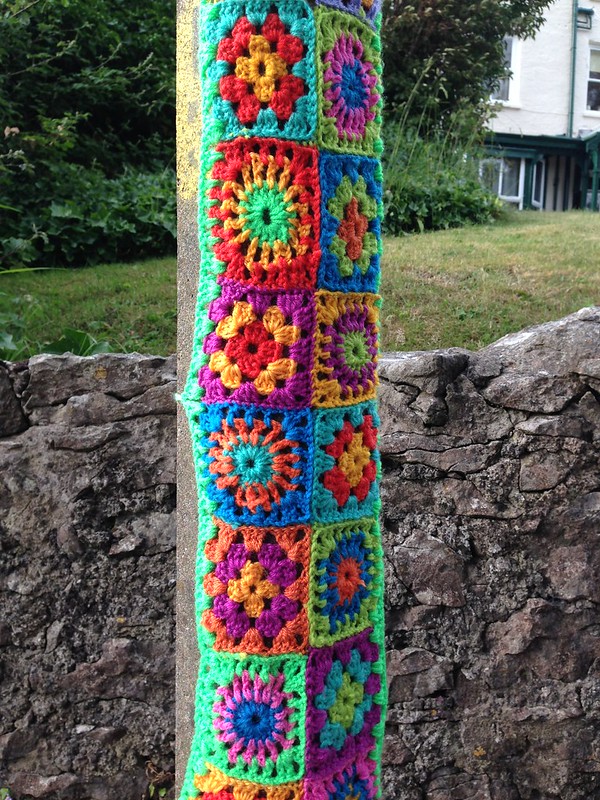 This time, they did it again, but in even more spectacular fashion. 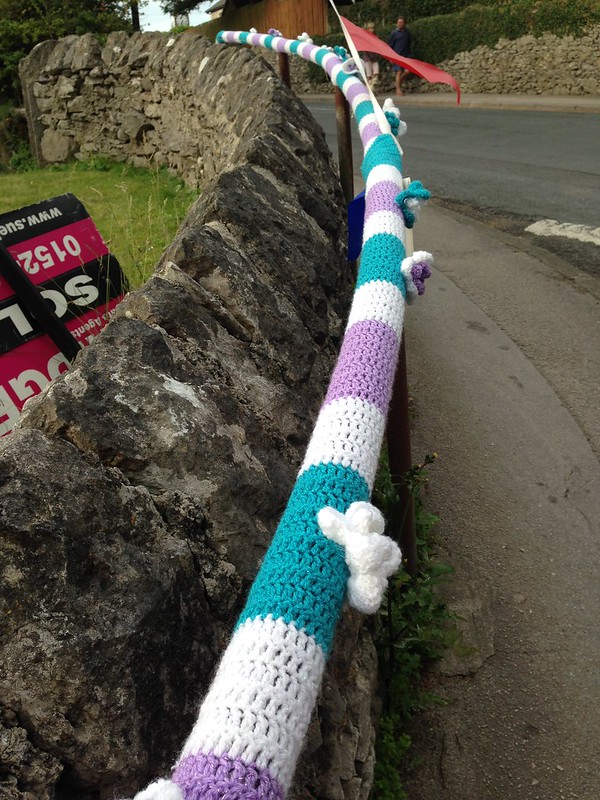 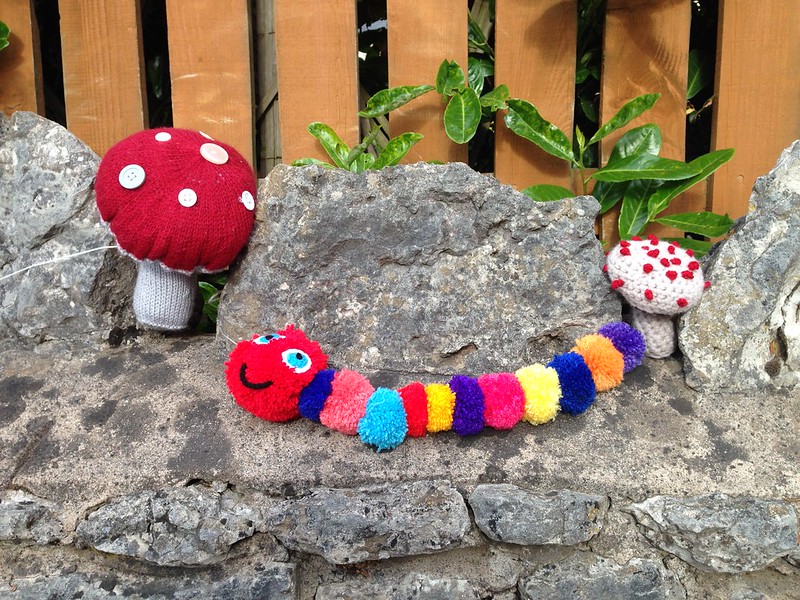 …but for me it’s colourful, cheerful and definitely to be welcomed. 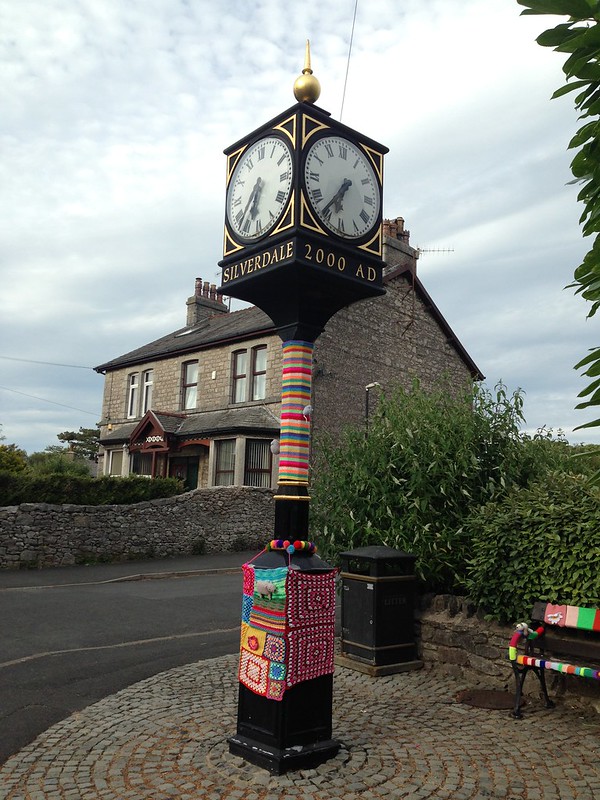 Sadly, after the event the Octopus and the Jellyfish from the first photo were removed by person or persons unknown. 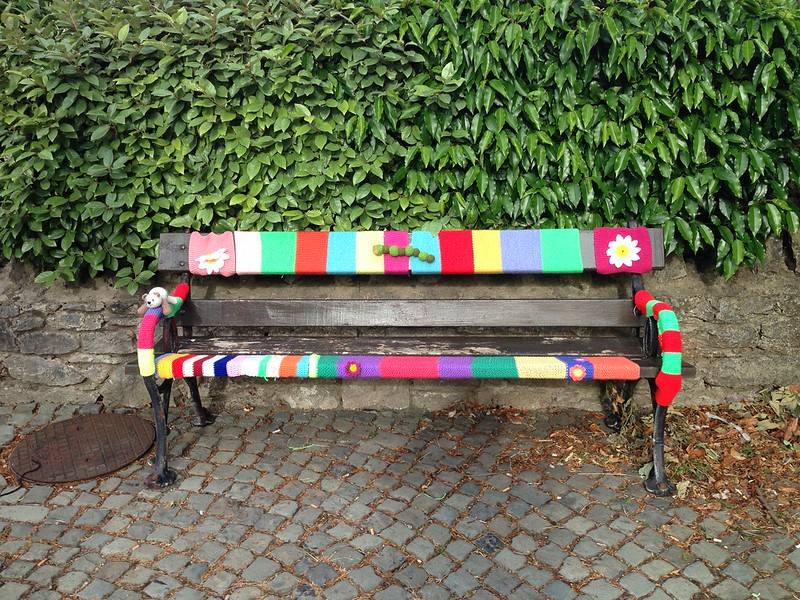 They were eventually found again, but in the meantime the rest of the decoration, which it had been intended to leave in situ for a while, was removed, lest it suffer a similar fate.

Advertisement
Yarn-Bombing on the Art Trail 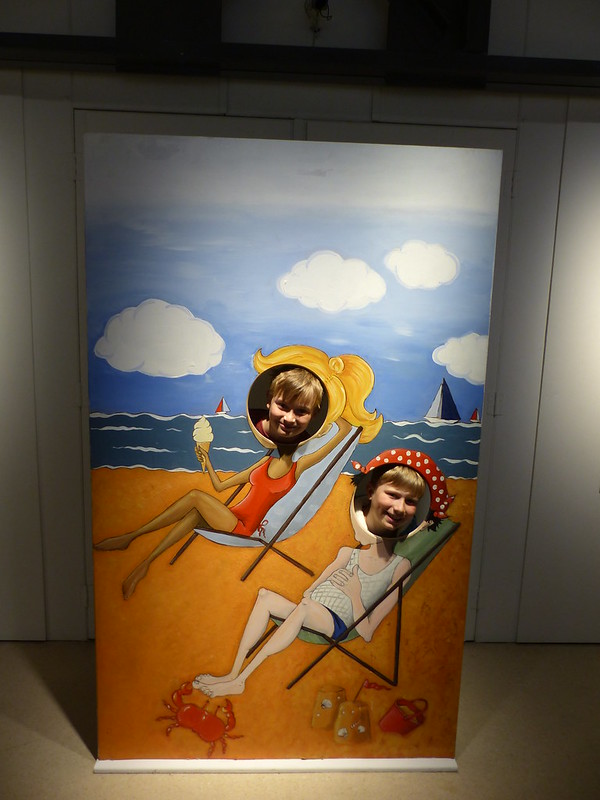 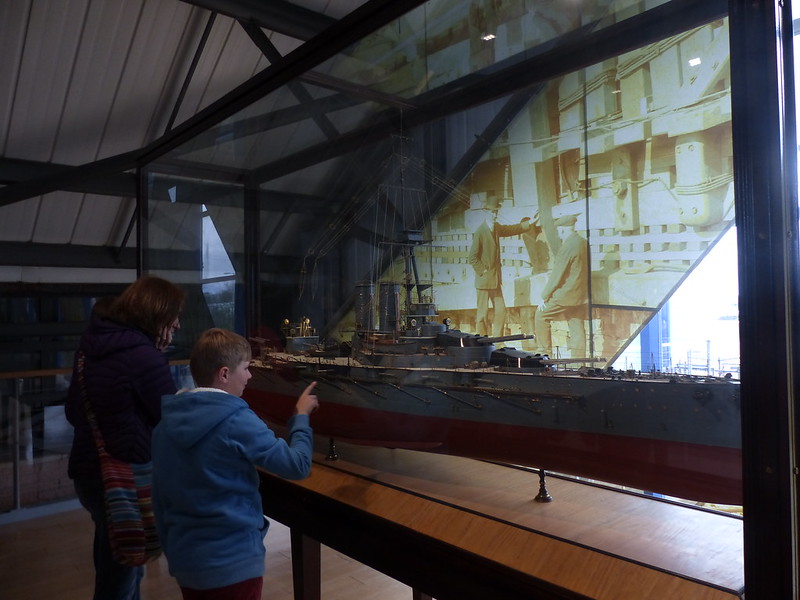 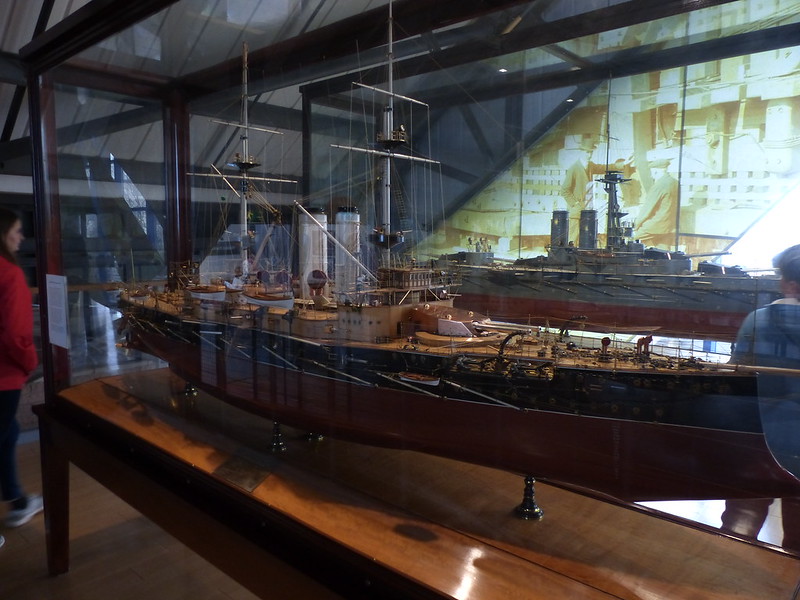 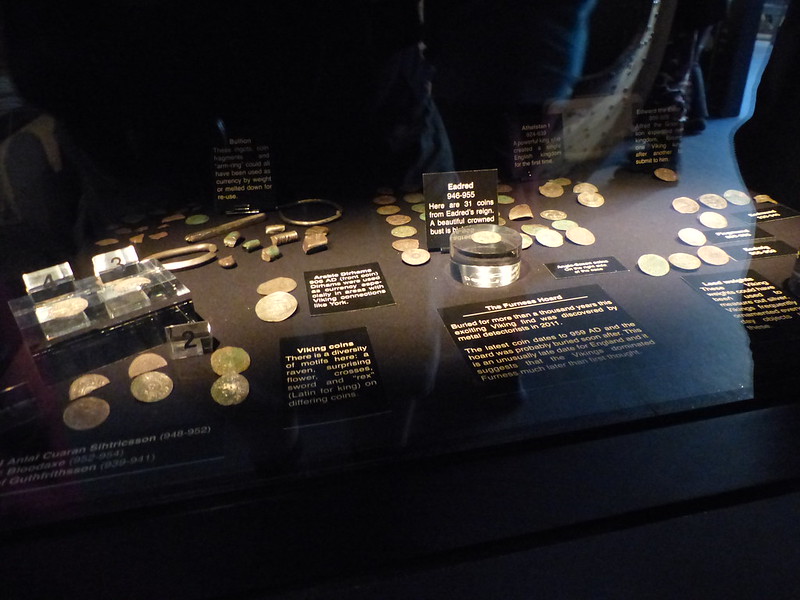 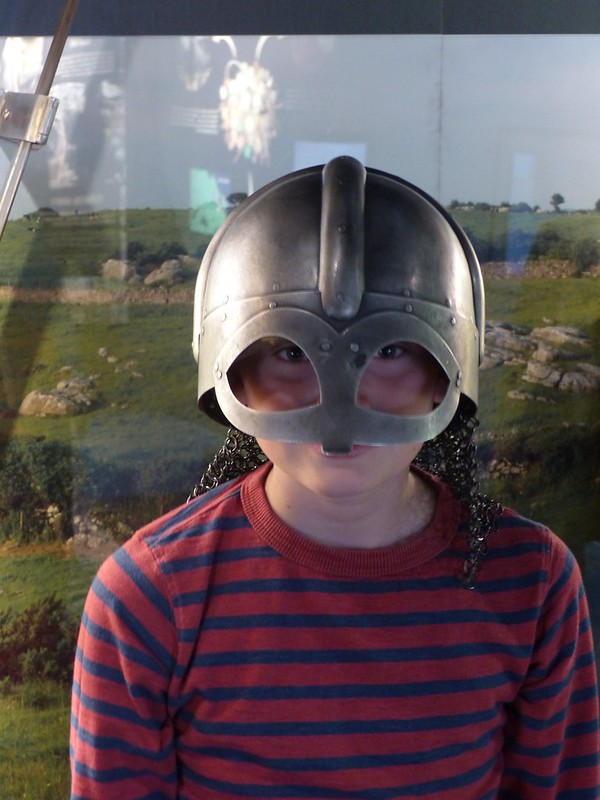 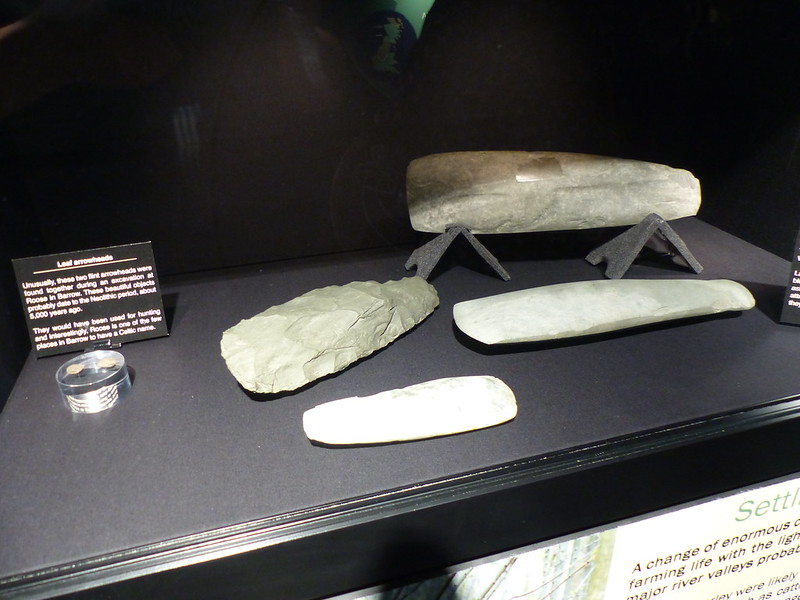 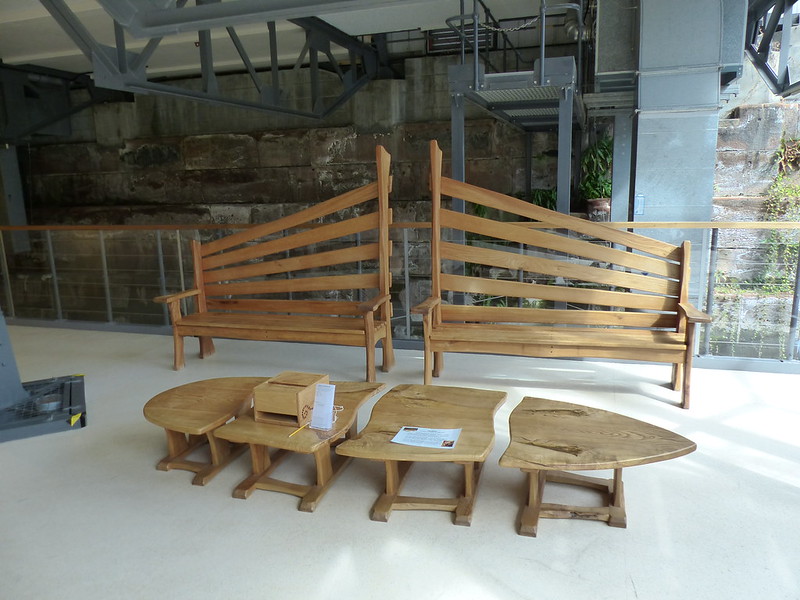 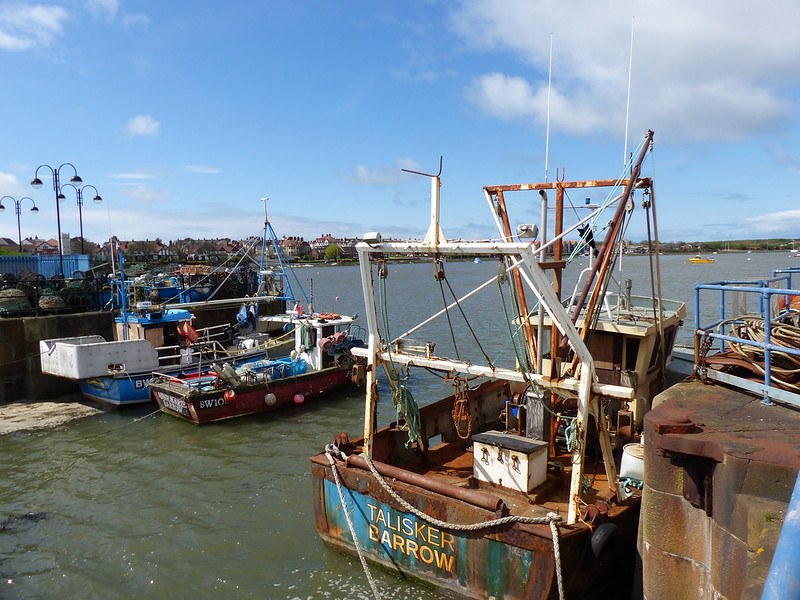 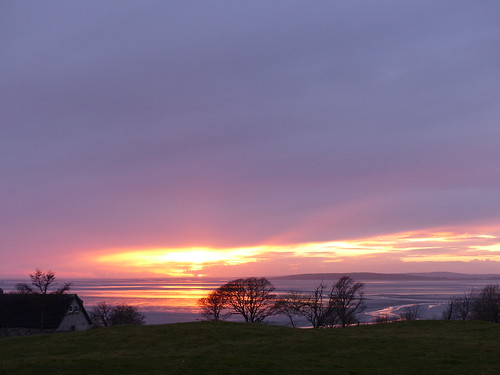 A couple of times last week we had open house, with the kids inviting various friends around. Thursday was one of those days. I got out quite late and had another short zig-zag around a few local spots. The aim had been to arrive at or near the Lots in time to see the sunset, and although I did just about make it, I could really have done with being there about 15 minutes sooner. Whilst I was still in the woods, I caught glimpses of the western sky through the trees, which suggested that the sun was suffusing it with a warm glow of oranges, yellows, pinks and purples. By the time I had a clear view I felt that I was only seeing the final fling of the show.

Not to worry: any disappointment I might have felt was more than compensated by the fact that I bumped into two of the most talented and creative people I know*: the Painter and the Glass Artist and it was lovely to catch up with them both.

(*Not that I keep a league table of talented and creative acquaintances and friends. That would be weird.)

You’ll have noticed that I’ve skirted around Wednesday: on Wednesday we had Our Grand Day Out – a trip to Lancaster. Ta-dah! Not that there is anything wrong with Lancaster, in fact, it’s really worth a visit, but it’s our local town, so not much of a departure for us. However, we took a tour of the castle which was excellent: highly recommended. In the past, lots of castles have featured on this blog – they’re one of the things we all really enjoy – but Lancaster will have to wait; next time I shall take my camera. Whilst we were there, I bumped into another old friend and colleague, now working at the castle, and discovered that he also ranks highly in the ‘talented and creative’ stakes, what with having become a playwright.

After a very pleasant lunch at Molly’s, we went to the cinema to see ‘Into The Woods’. Did I ought to offer a review? I’ll give it 4 out of 5, because 4 (out of 5) of the family enjoyed it. My appreciation was somewhat marred by the fact that A kept elbowing me awake. That’s a couple of hours of my life I shall never get back. 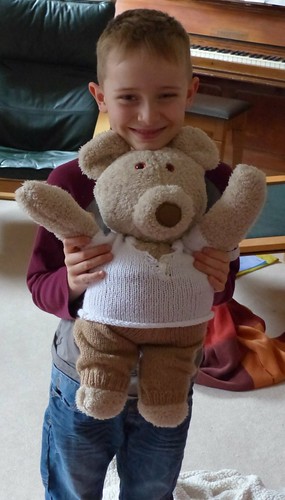 We had one errand to run in Lancaster too: a trip to the draper and haberdasher. Little S had hit upon the notion that he wanted to make himself a Teddy Bear. As you can see – he has. Well, it was a joint effort really, in which everybody had a hand (except me – I was out with my camera, but that’s another story). I suppose this means that TBH and the kids all get promotions into the top tier of the creativity league too. A and S have jumped on the bandwagon and both have materials for their own Teddy Bears. 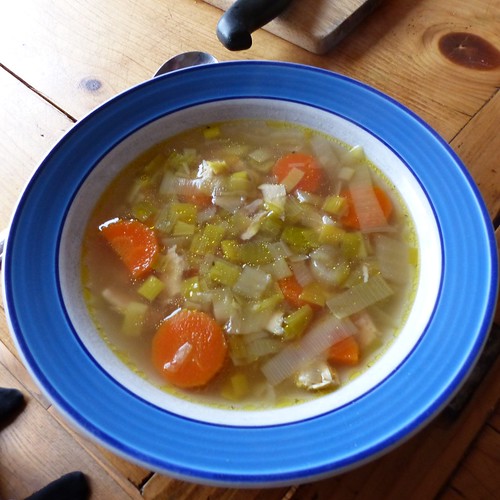 I mentioned the possibility of branching out into recipes: here’s a very simple soup one (to go with the bread from earlier in the week). It’s so simple, I think the only reason it works is because it’s based on homemade stock. None of the quantities are precise, because they don’t need to be.

Into a big stock pan chuck:

Put it on a low heat and leave it for an age. (You want it to simmer gently for a few hours). 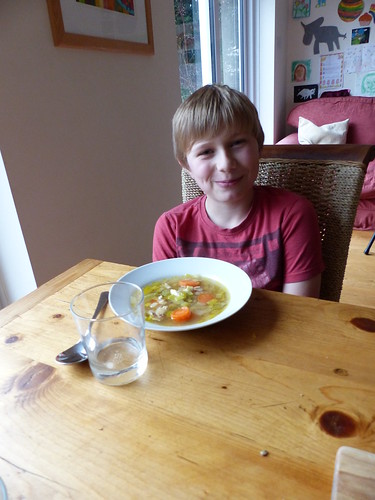 How did it go down? I’ll give it 3 out of 5, because B and TBH and I all liked it. S and A weren’t so unreservedly enthusiastic, but then they’re fussy.