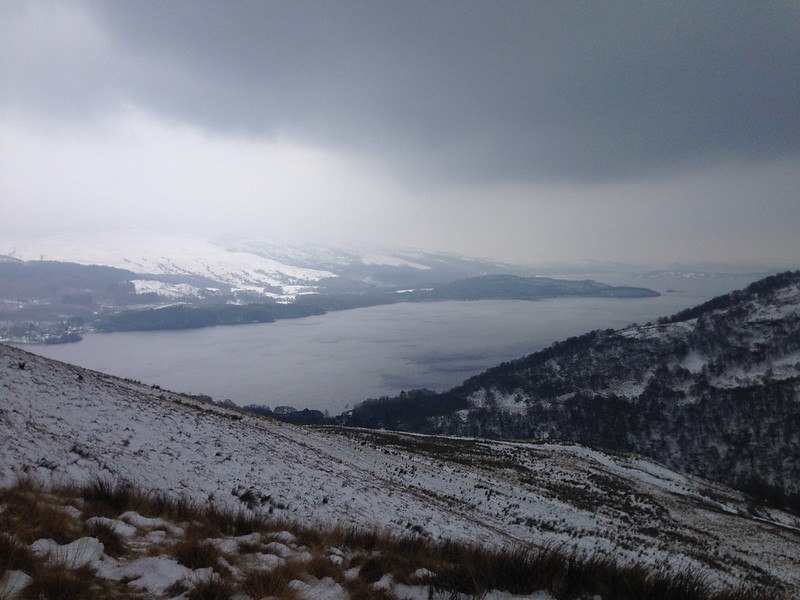 With another forecast for not particularly favourable weather, what to do with our Sunday? Over a lengthy breakfast, various options were tossed out for inspection, mulled over, discussed and ultimately rejected before Beinn Bhreac finally came out on top. 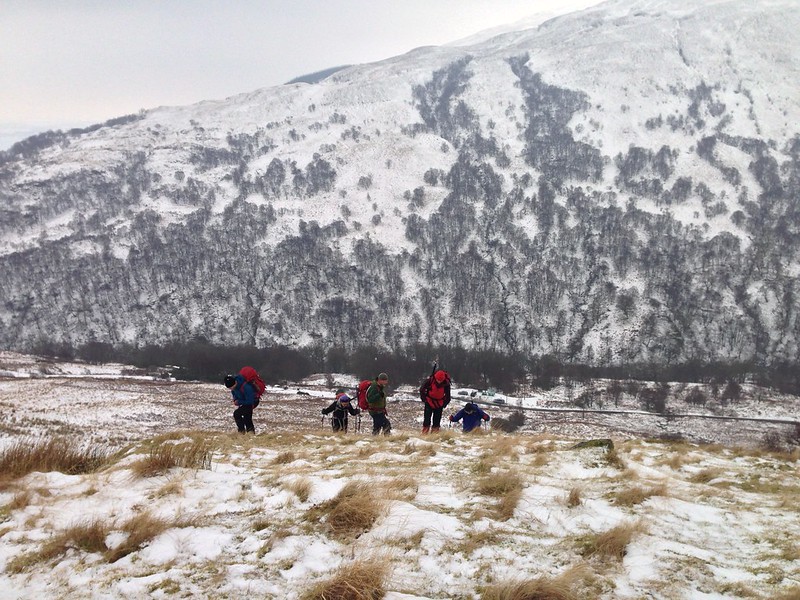 Beinn Bhreac had the advantages of being a shortish walk, not too high and, for those with a bagging habit, the prospect of a tick, since it’s a Graham, and therefore, I think, also a Marilyn, (I’m pretty sure that the Grahams must be a subset of the Marilyns). 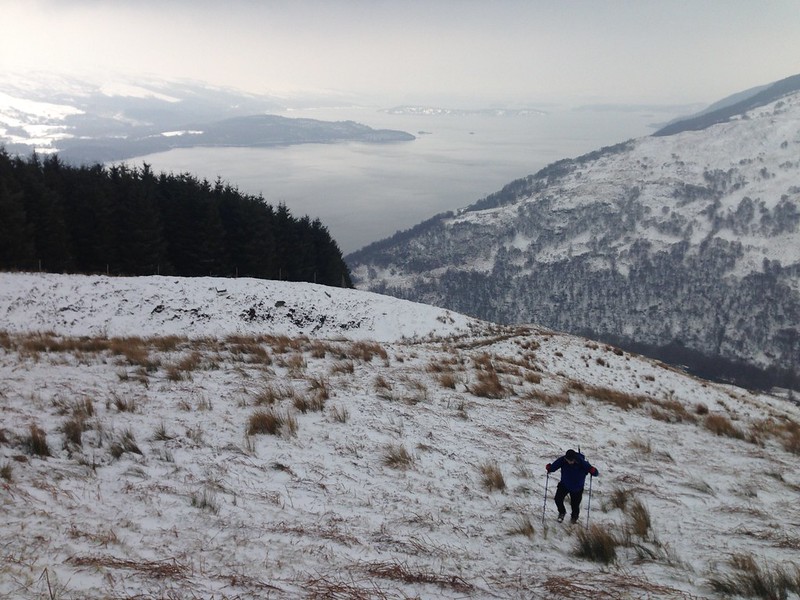 In the early and late stages of the walk we also had some partial views of Loch Lomond.

The wind was pretty fierce again and this large boulder provided the best shelter we could find and so was the venue for two butty stops, one on the way up and the other on the way down again. 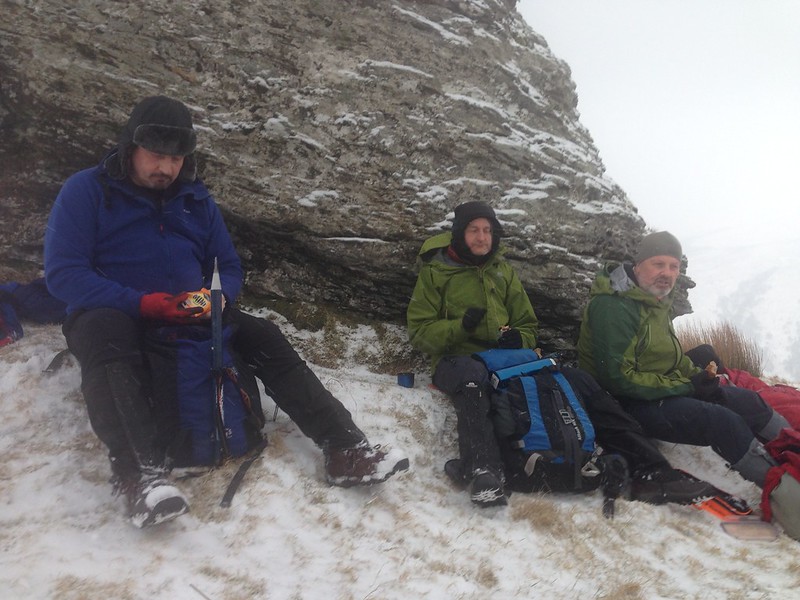 The highest stage of the walk was quite wild again, although the wind was perhaps just a notch down on what it had been the day before.

Spikes and ice-axe were once more pressed into service, although it transpired that the steep ice-bound rocks which prompted that choice could actually be easily circumvented. 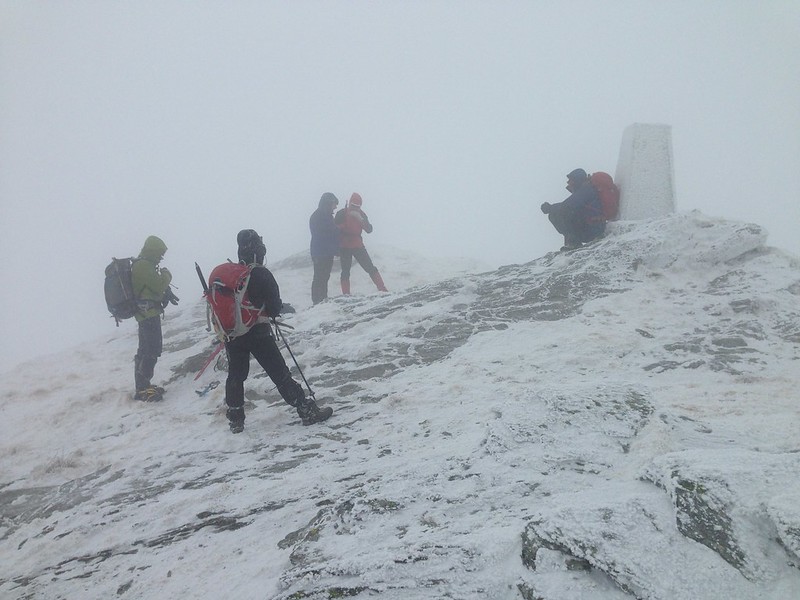 As we descended, the cloud lifted momentarily giving us a bit of a view back up the hill. 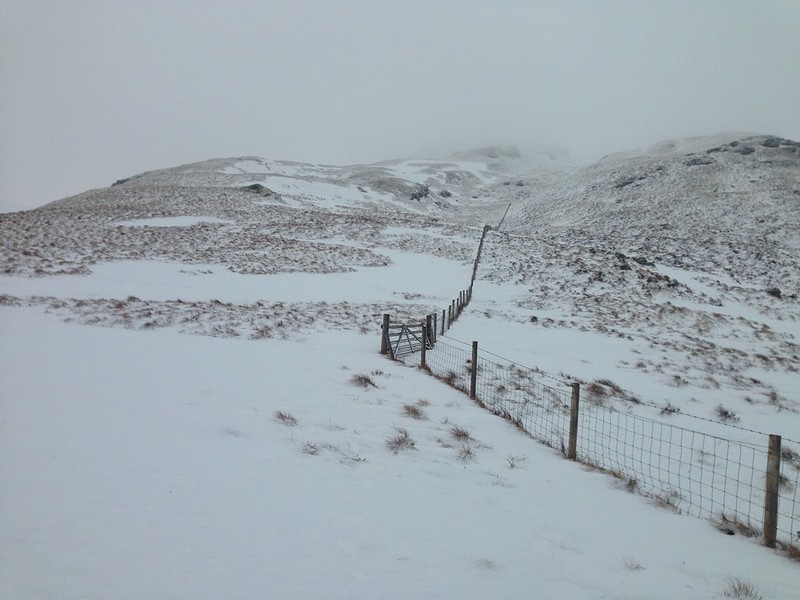 Years ago, pre-blog, we had a wander around some of the Luss hills on an equivalent weekend to this one. I was decidedly off-colour that day, but was still left with a decidedly favourable opinion of the area, which this walk has done nothing to dispel. 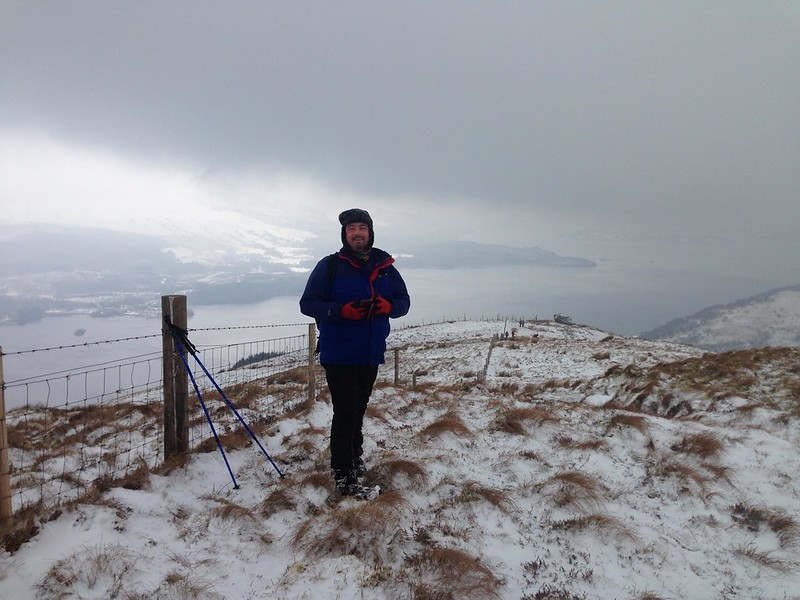 The Tower Captain and Loch Lomond.