We’re just back from three weeks away, but I’m still not quite up to date with what we were doing before our holidays; so….

It had been a long time since we had seen my mum and dad. A was busy (A seems to nearly always be busy these days), TBH stayed at home to look after A, but the boys were both very keen to visit their grandparents. On the Saturday, we popped into Lincoln, because the boys both needed new trainers, but in the afternoon I had time to have another wander around the nature reserve close to where my parents live. 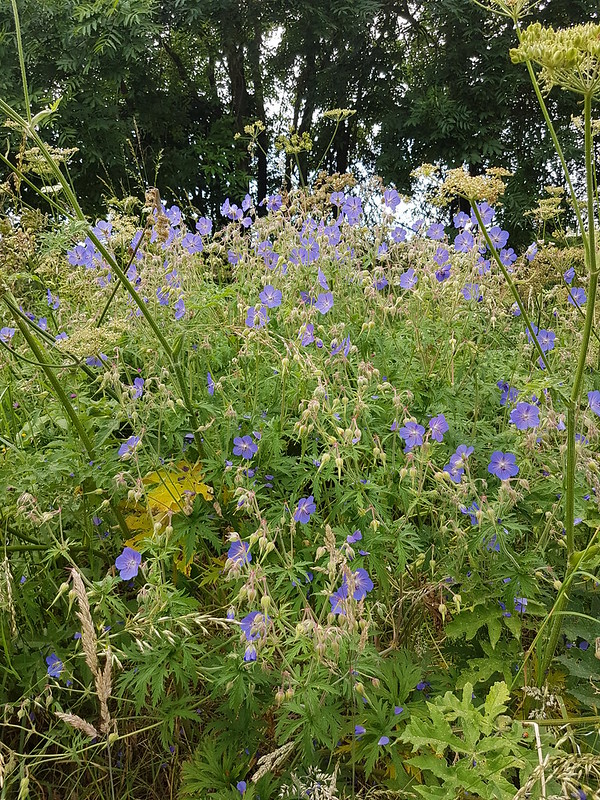 I was struck by the abundance and variety of the wildflowers on display. 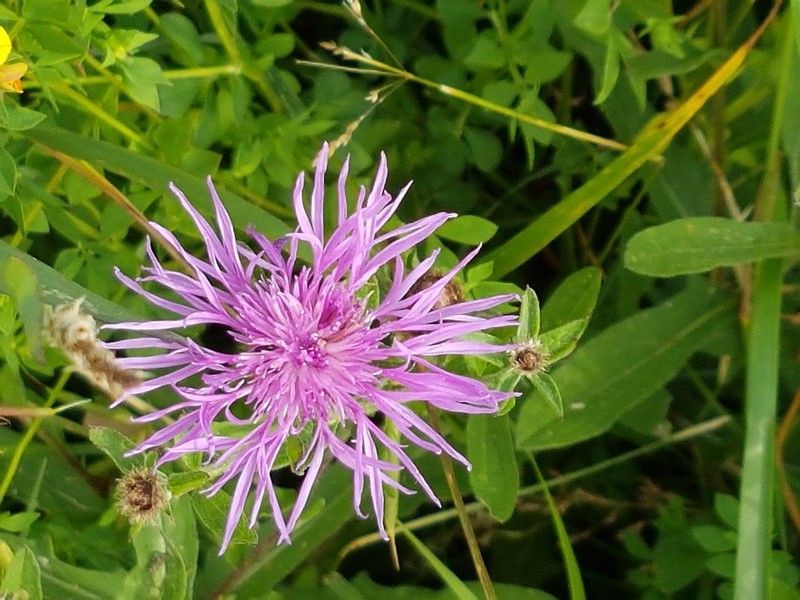 And even more so by the profusion of bees, hoverflies, moths and butterflies; particularly the latter. I didn’t have my camera with me, so instead experimented with the zoom function on my newish phone – it’s up to x8, presumably a digital zoom – spending a very happy hour taking hundreds of photos. All of which are a bit rubbish. Oh well, lesson learned. 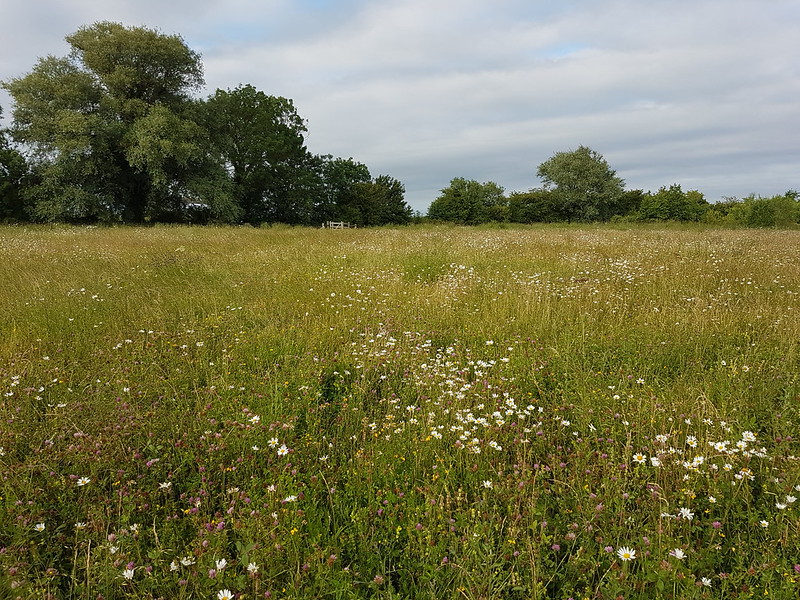 The following day we all went for a wander around the Far Ings reserve which is on the banks of the Humber, not far from the Humber Bridge… 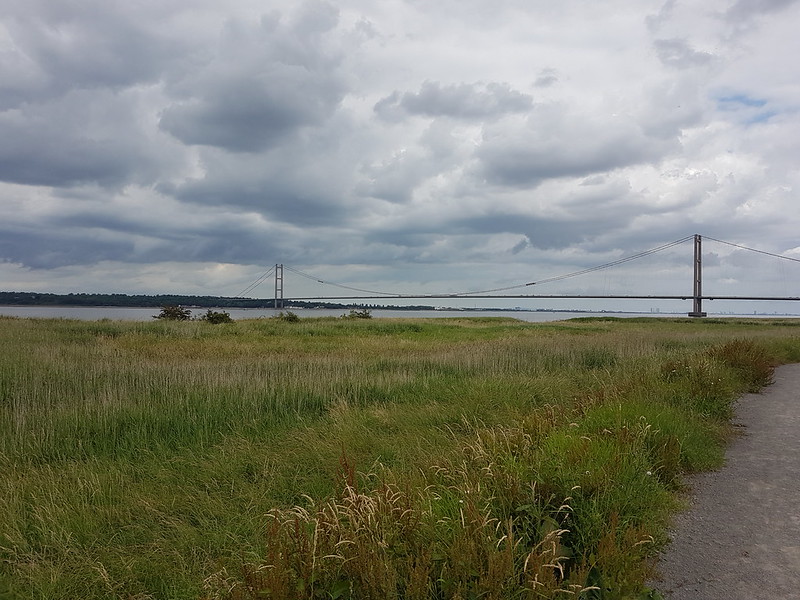 Despite the cloudy skies it was really very warm that day.

I always enjoy a trip to where I can see unfamiliar plants which I don’t see growing close to home. This, I think, is Weld… 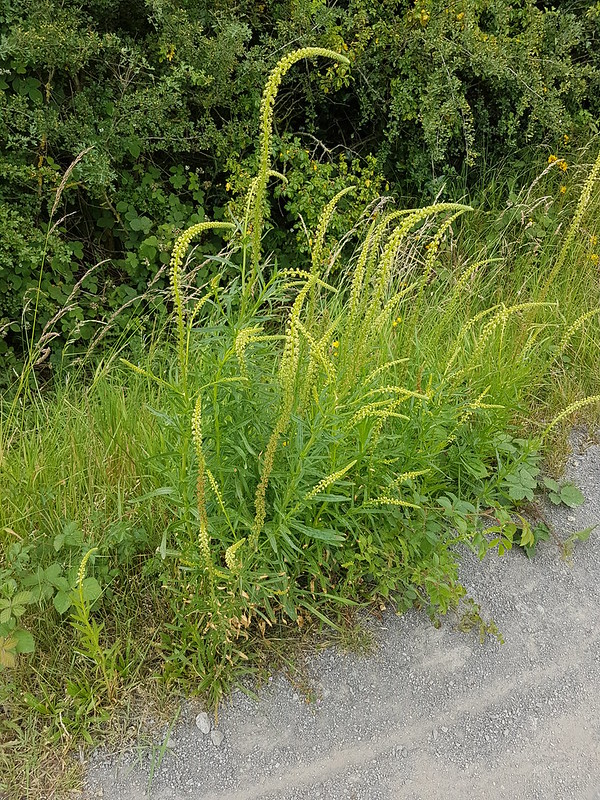 …or Dyer’s Rocket, a native British plant which was once very important for the yellow dye produced from it. Apparently, it took 3-6 pounds of Weld to dye one pound of wool. 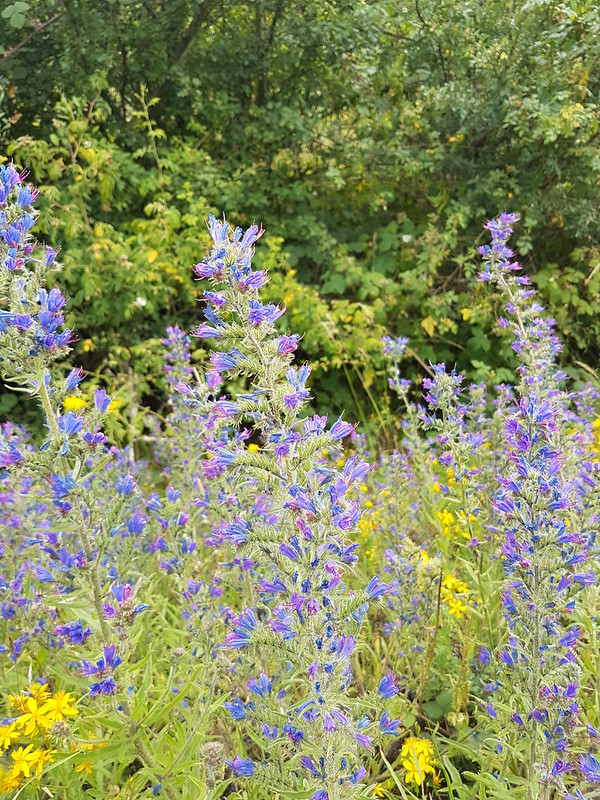 This is Viper’s-bugloss, once thought to be a remedy for snake-bites. I have seen this growing in the car-park at Leighton Moss, but not elsewhere, so I assume that it was introduced. 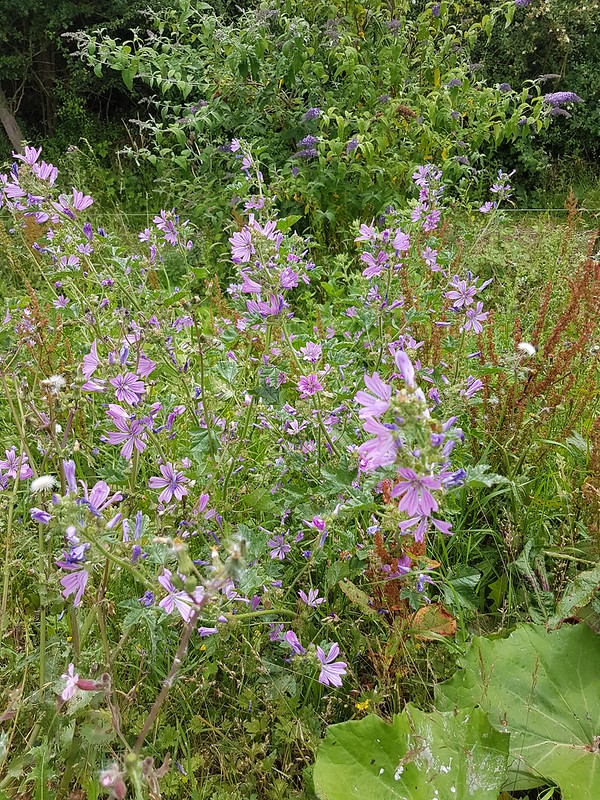 I think I’ve seen Common Mallow growing here in Lancashire too, but it’s much more common down in Lincolnshire. It was popular as both a food and a medicine in Roman times, with one use being as a cure for hangovers. 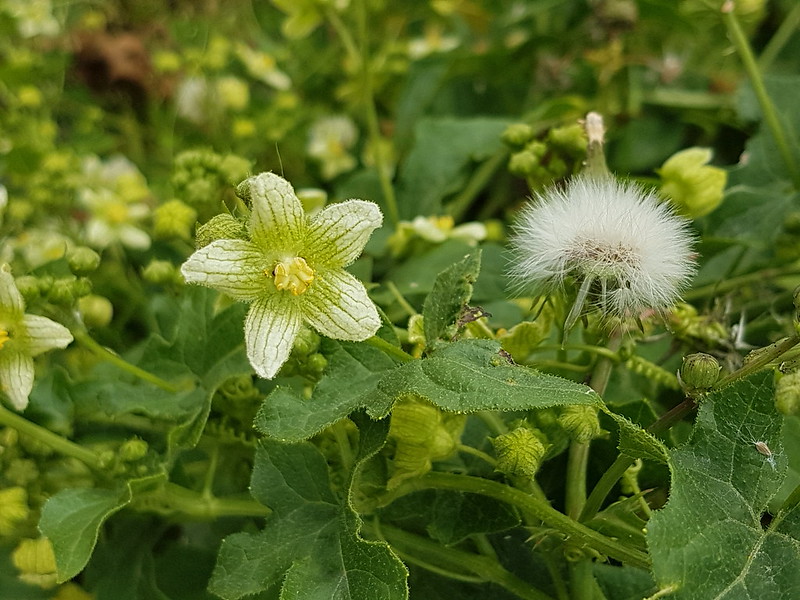 This creeping plant is White Bryony. The unrelated Black Bryony is quite common around home. Both plants are poisonous. The ‘black’ and ‘white’ refer to the colour of the roots. Apparently, the roots of White Bryony were passed off by the unscrupulous as Mandrake roots which reputedly had magical properties, had to be imported from the Eastern Mediterranean, and so were expensive. 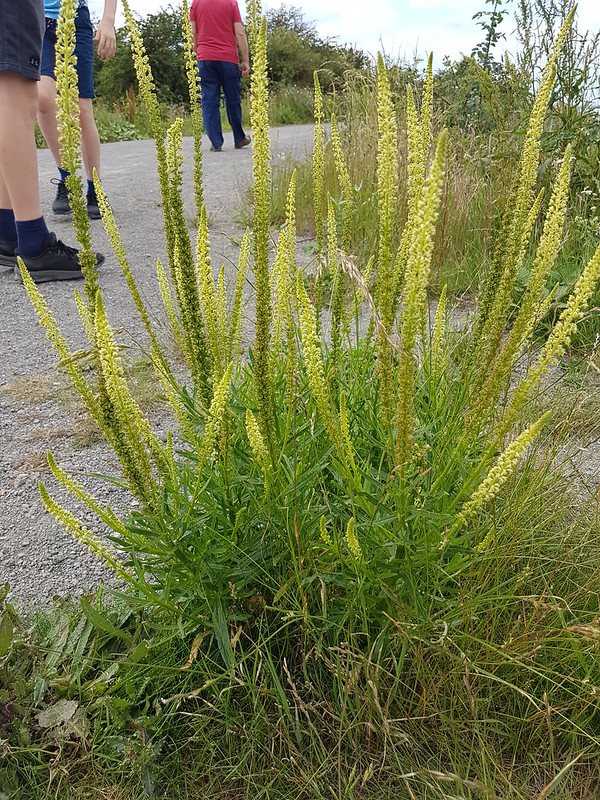 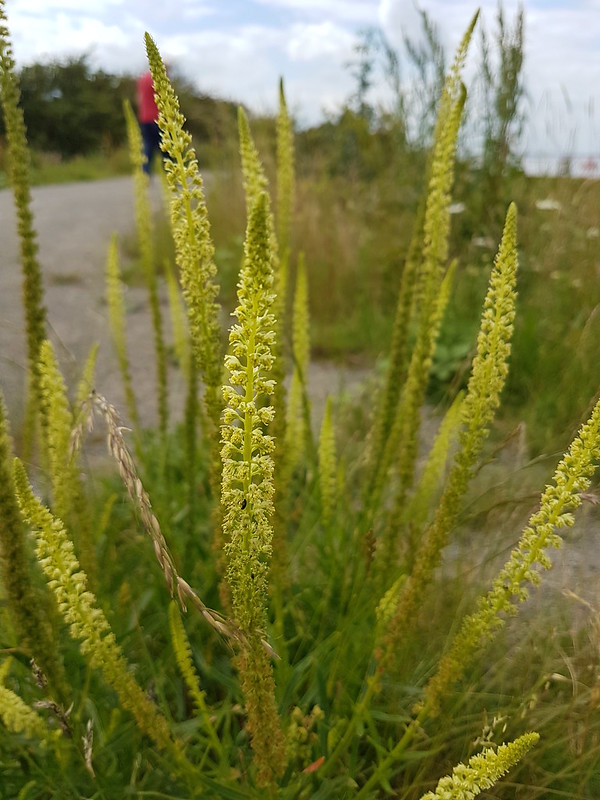 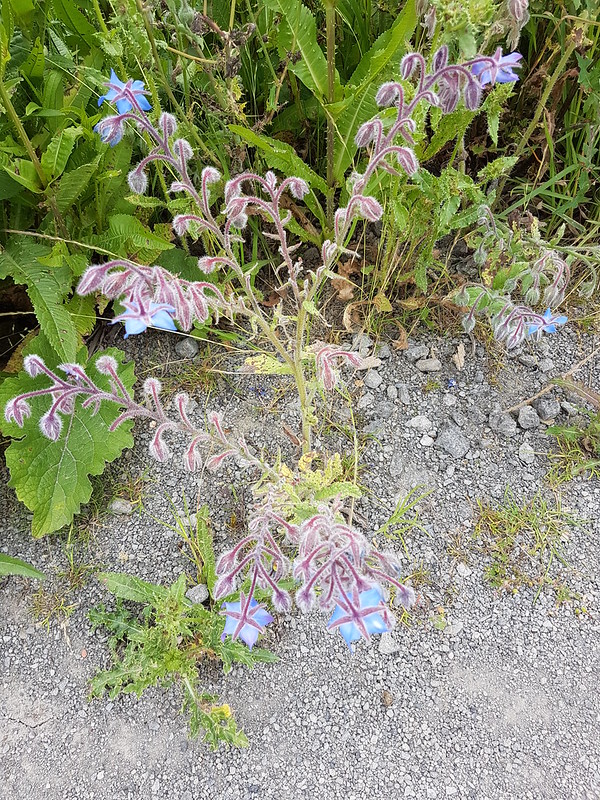 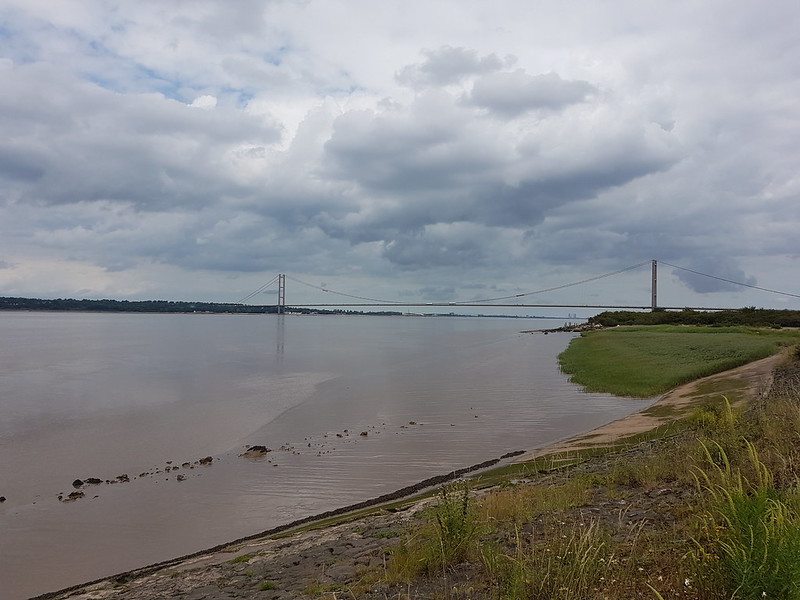 The Humber and the Bridge again. 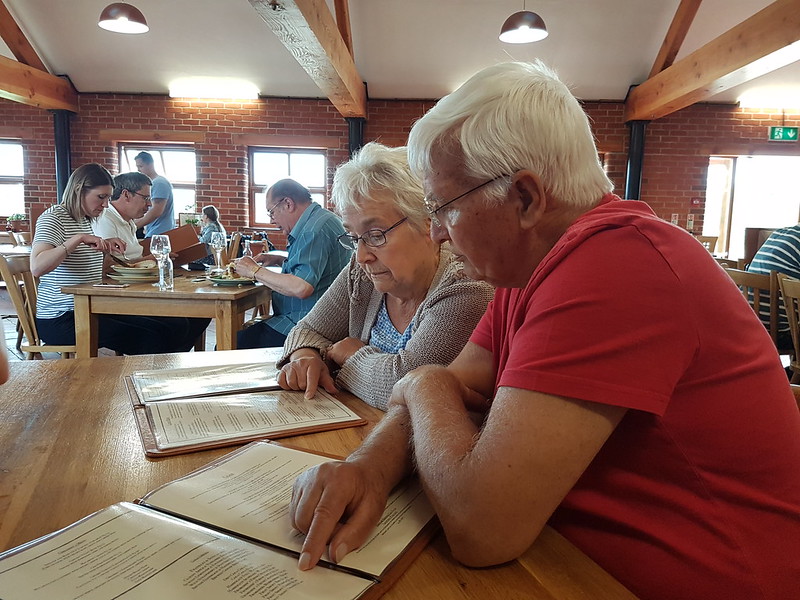 After our pleasant stroll we retired to a local cafe for lunch. In the porch of the cafe, Swallows were nesting… 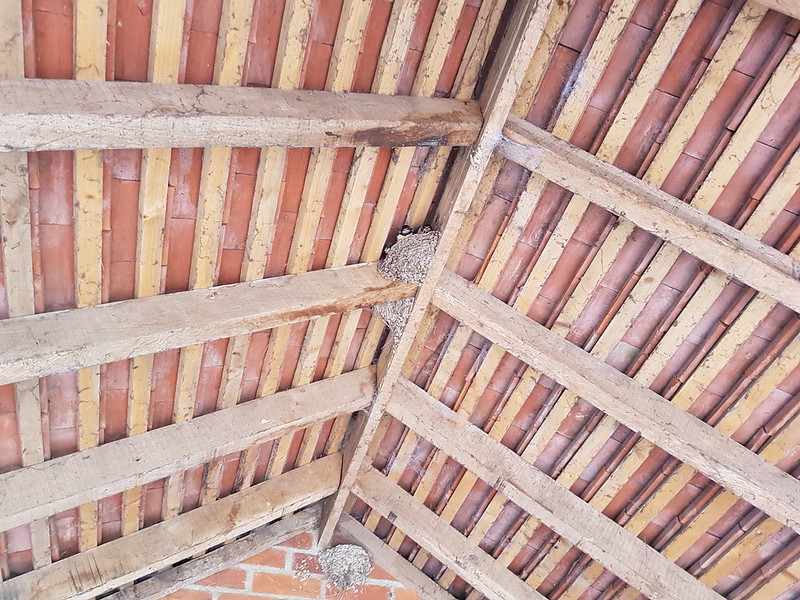 So, here’s an idea of how my phone’s zoom performs. The first photo is without zoom, and this… 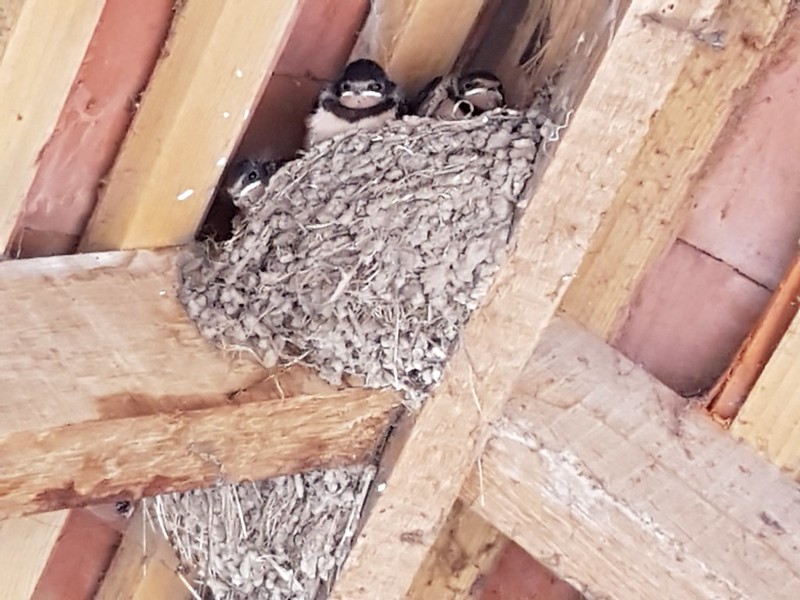 …is with x8. You can see that the nestlings have very striking, Adam Ant style face stripes, which is how I know that they are Swallows and not Martins, so the zoom can be helpful, even if it doesn’t produce the sharpest images.

Advertisement
A Weekend in Lincolnshire