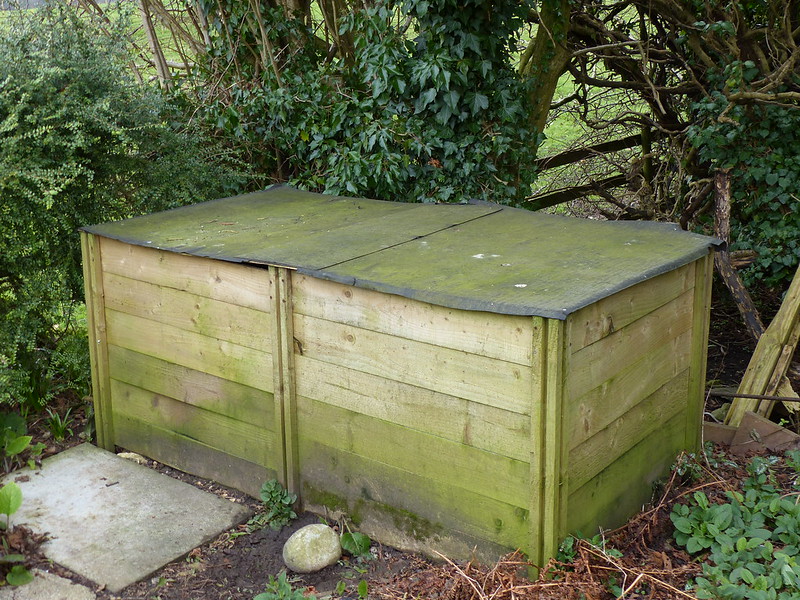 ‘Other stuff’ again. Now I’m not much of a gardener; I have occasional bursts of enthusiasm, but I don’t generally have enough patience , and anyway, I’d rather be out and about walking and gawking. These days, however, we have a magic box at the bottom of our garden, which has, much to my surprise, quite captivated me. It’s ‘magic’ because you put stuff in it and, miraculously, said stuff is totally transformed. You can see the box above: it’s quite a simple machine, given that it can bring about metamorphoses. TBH bought the kit it was built from, and my Dad put it together – I think I may have helped him a bit. I made the lid though, from a large sheet of marine ply we had lying about, the end of a roll of roofing felt and a few off-cuts of wood. (I’m very far from being ‘handy’ and am therefore disproportionately proud of that improvised lid, even though I’m not convinced of its merits in use.) 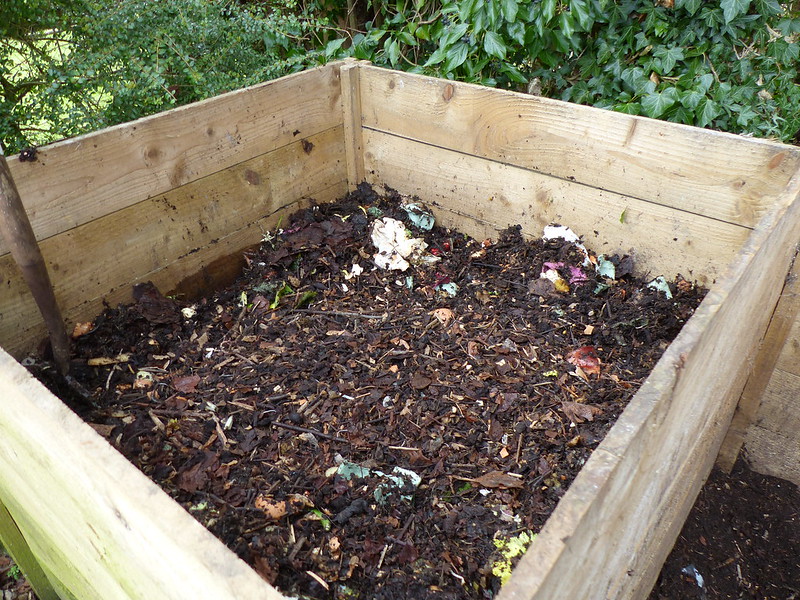 Here it is with the lid-off. This compartment’s contents are still undergoing the transformative process., whereas the other side… 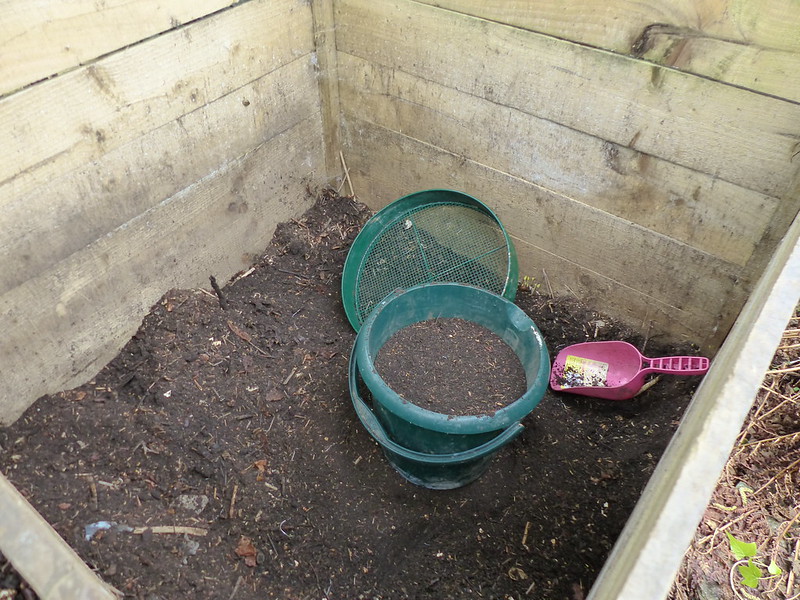 …still has a little of the finished article from last year. I’ve been sieving it – I’m not really sure if that’s necessary – and then trying to find places to use it, principally so that I can have this bin back to fill again.

The ‘active’ side is gratifyingly full of life; particularly these wriggly red worms. I was a bit surprised to find that we have several species of earthworm in the UK. These might be brandling worms, but then again, they might not be. The differences seem quite subtle to me. 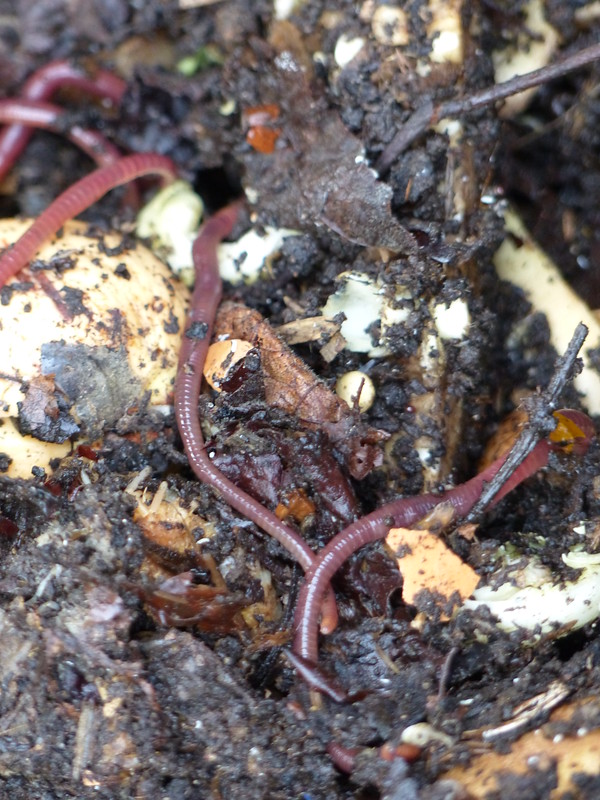 There’s lots of other life here too: woodlice, centipedes and in the summer months, far too many diptera. (Diptera = two wings: flies – I thought if I gave them a Latin name I might feel more charitable toward them. It didn’t work.) B and I have both seen a vole in and around the compost. Once, when I was turning the pile, the vole jumped up on to the edge of the box and then sat and looked at me for a while, before languidly leaping down and disappearing into the adjacent hedgebottom. 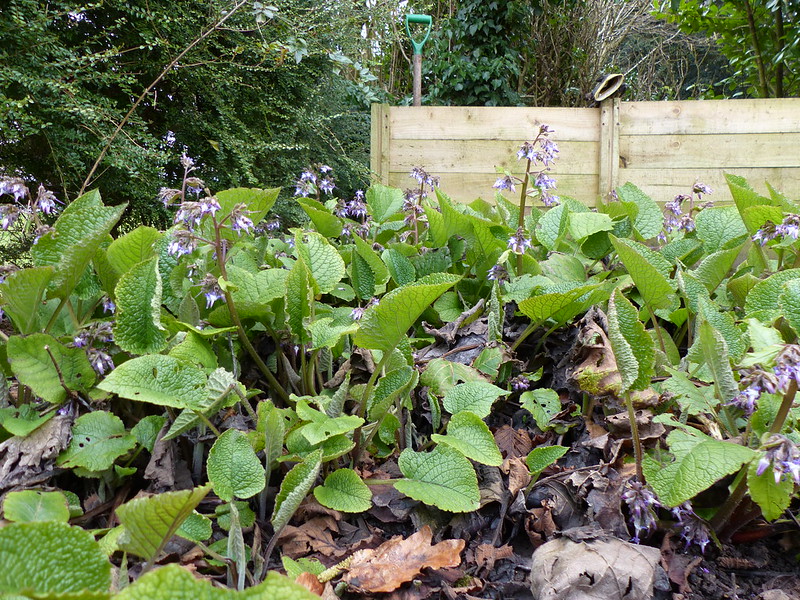 All around the compost bins this plant sends up flower-stalks first, then leaves which will eventually become quite large. It’s a very vigorous plant, but I don’t know what it is. 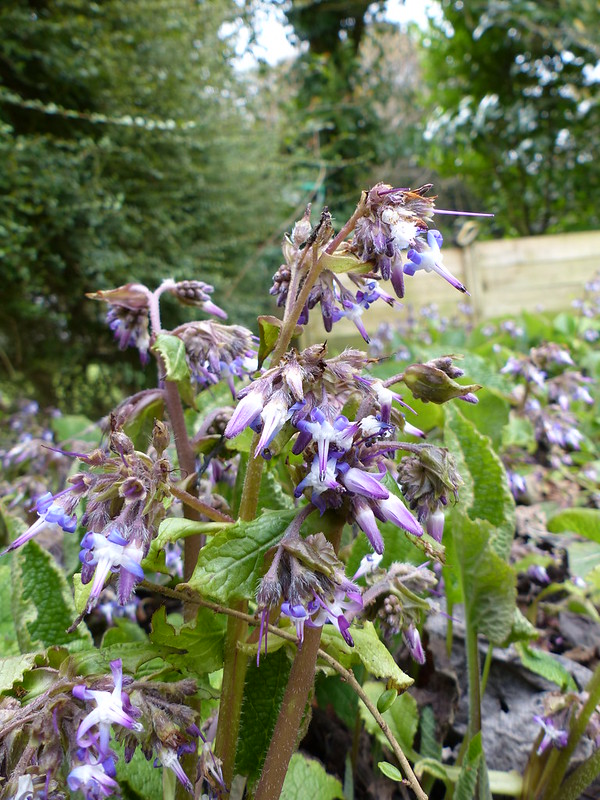 Nearby there’s also a patch of comfrey, which is just beginning to flower. It’s extremely invasive, but according to Dave Goulson the flowers are loaded with lots of nectar, which explains their popularity with bees and more than justifies their place. I’ve read that comfrey is ideal for making liquid fertiliser too, but haven’t tried that yet. 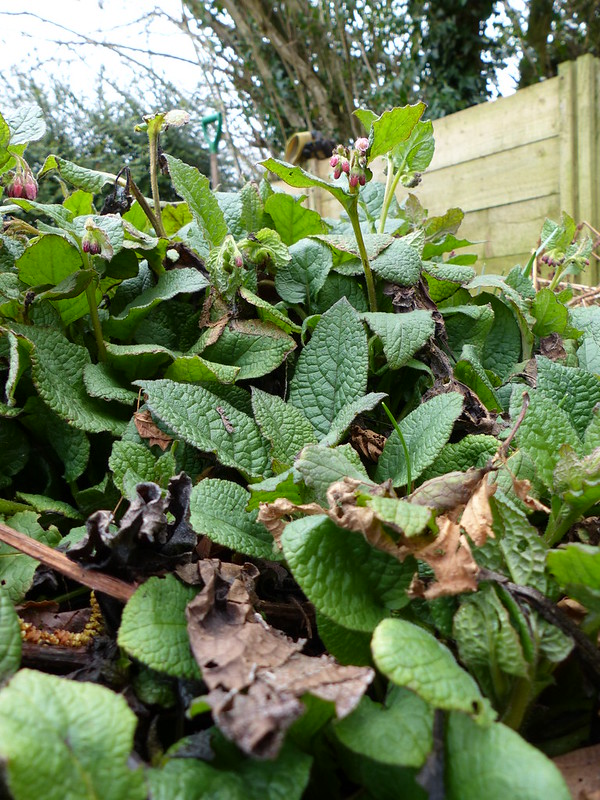 The garden is a bit ahead of surrounding woods and hedgerows, with lots of things coming into bloom: snowdrops and crocuses and daffs obviously, pansies and spring-flowering heathers, hellebores… 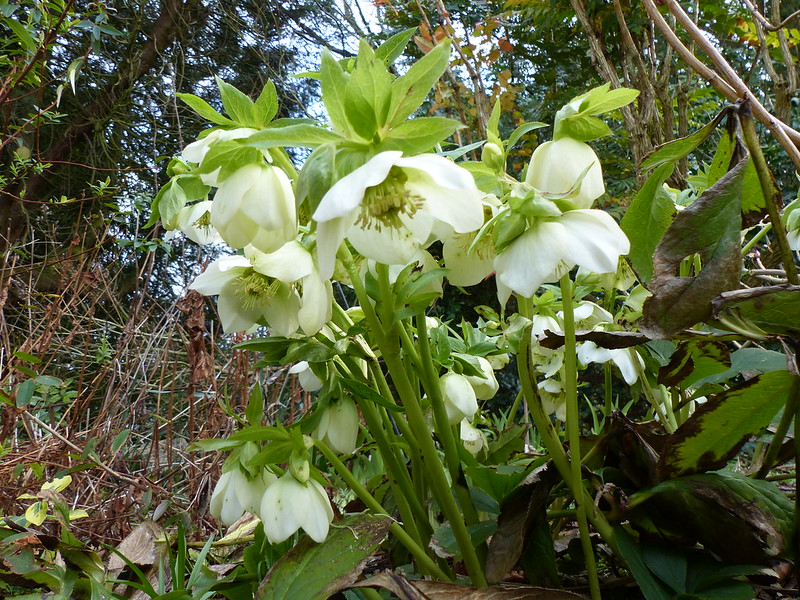 ..and the yellow buds on the forsythia are just beginning to open… 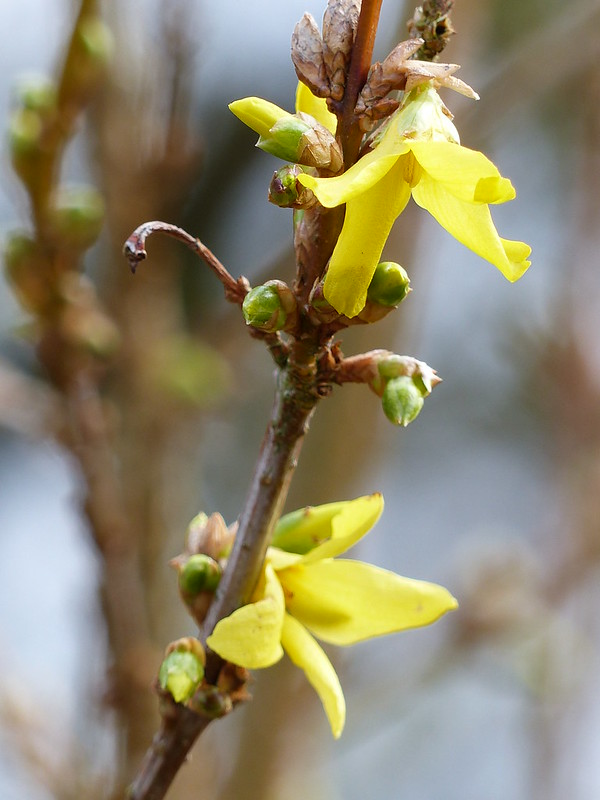 I did know what this bush… 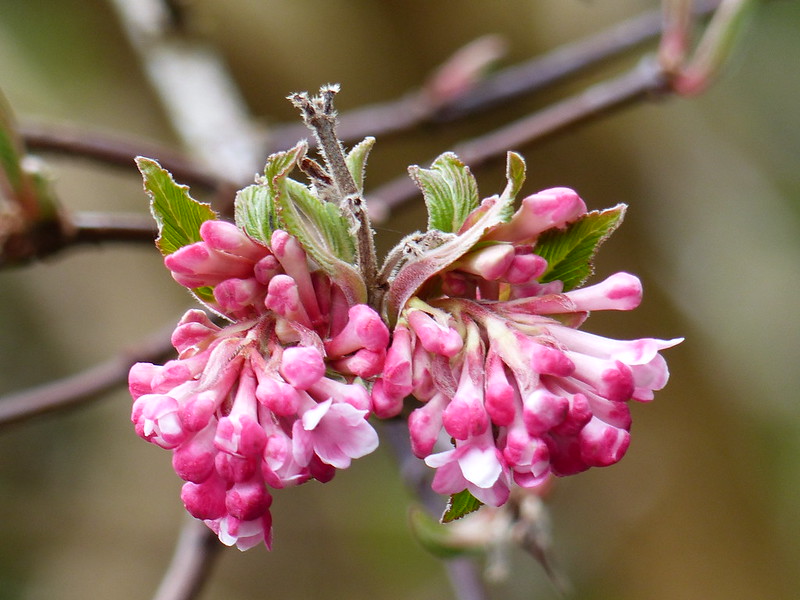 …is called too I’m sure, but the name has escaped me.

There’s usually a few birds about in the garden. We often have pigeons, although, sadly, they seem to be particularly vulnerable to our cats 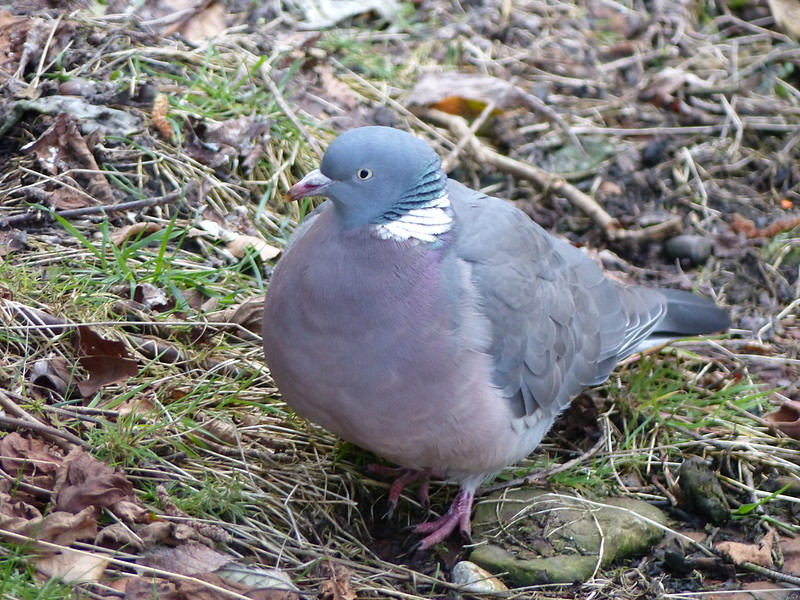 This one was photographed during a short late-afternoon stroll down to The Cove and across the Lots.

Pottering in the Garden